Fans of Rock & a Hard Place and Snapshot have been asking for this book for two years. At long last, here's the cover for Garrett's book, Under the Spotlight! 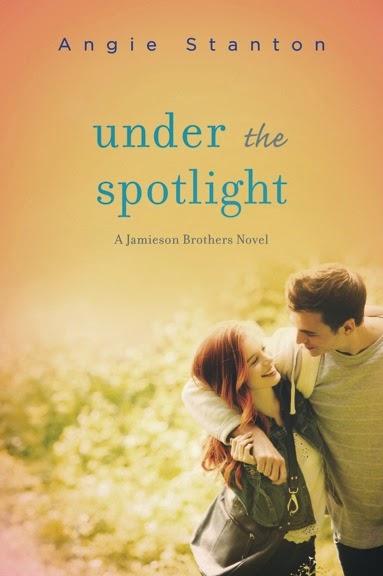 Title: Under the Spotlight: A Jamieson Brothers Novel
(The Jamieson Collection #3)

After an embarrassing stint on a reality TV music competition years ago, Riley Parks vowed never to sing again. Now she's working at the prestigious Sound Sync recording studio and life is looking up. But then Garrett Jamieson, the oldest brother in the famous band Jamieson, crashes into her world.

Garrett has hit rock bottom and is desperate to reinvent himself. After calling in a few favors, he ends up working at Sound Sync Studio to learn the ropes of record producing. And he can't believe his luck when he discovers that Riley is an amazing singer. But Garrett is forced to use every trick in his arsenal to persuade Riley to record.

Sparks fly as Garrett finally meets his match. Dealing with the feisty redhead ranges from frustrating to thrilling, and in the heat of the moment, one stolen kiss changes everything. 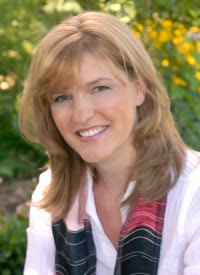 Angie Stanton never planned on writing books — she wanted to be a Rockette. However, growing up in rural America with her brothers' 4-H pigs as pets, she found that dance didn't quite work out. Instead, she became an avid daydreamer. After years of perfecting stories in her head, she began to write them down, and the rest is history. When not writing, she loves watching natural disaster movies, going to Broadway musicals, and dipping French fries in chocolate shakes.

Angie's next release is titled Under the Spotlight and releases on May 5, 2015. Stay tuned for more info.