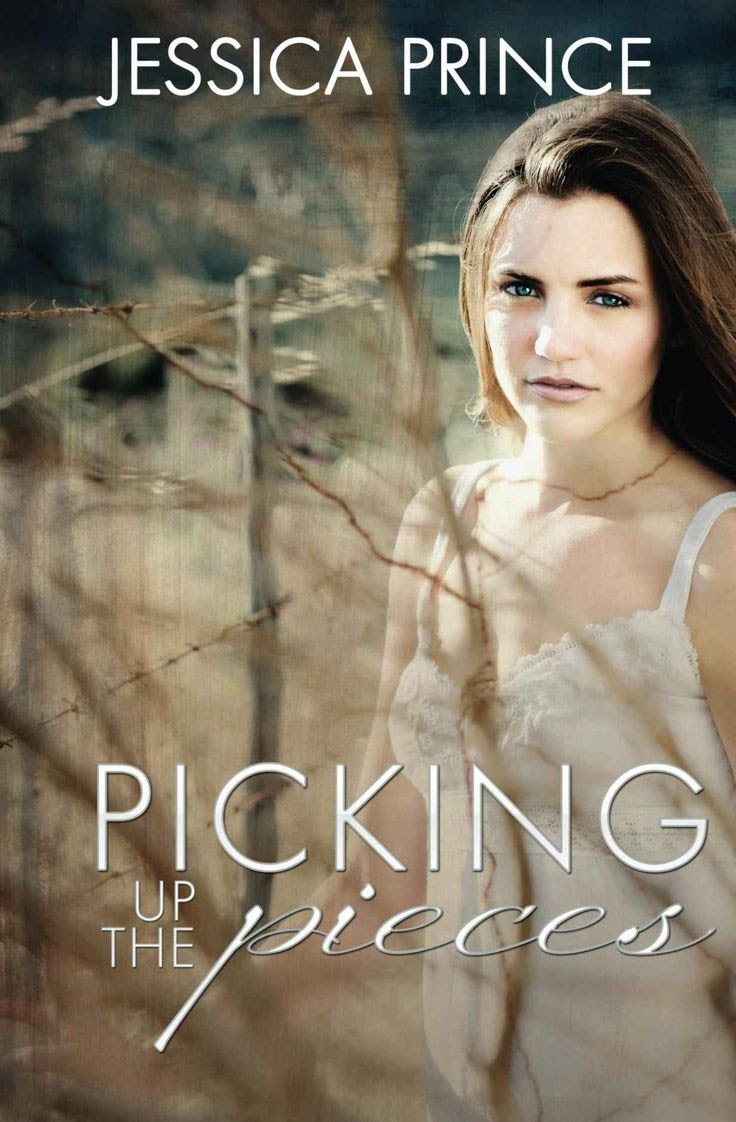 After having her heart broken by the only man she's ever loved everything seemed to go downhill for Emerson Grace. It has taken eight years but Emmy is finally starting to pick up the pieces of her damaged life. But the man who destroyed it has returned bringing with him the pain of the past. Can she let go of the pain Luke caused and accept him back into her life or will the memories be too much for her to overcome?

Running from Emmy was the only way Lucas Allen knew he could protect her from the demons he carried with him. After spending one perfect night together Luke takes off, certain that he can’t possibly give Emmy everything she deserves. Now he's made the decision to return to Cloverleaf and make things right. But is he prepared to truly face all of the damaged he has caused?

Will Luke and Emmy finally get their chance at love or will the secrets of the past stop them before they even get to begin?

This is Emmy and Luke’s story. They were best friends in high school. They crossed the friendship line after Luke told Emmy that he joined the Marines. The next day Luke leaves, never contacting either Emmy or his friends for eight years. When he returns home, he hopes to reconnect with them, but something happened after he left that makes Emmy and his friends reluctant to welcome him back.

This is a very emotional story. We laugh, we cry, we get frustrated. An amazing story!
Loved that the story was told from Emmy and Luke's POV.

The characters are great and pretty relatable.
Emmy went through a lot after Luke left but is now trying to move on with her life. She is a very strong young woman.
Luke had a tough childhood and thought leaving Emmy was the best for her. He is a good and kind guy, but he let his past affect his future with Emmy. Loved this group of friends. They are very loyal to each other and they have each other backs.

This is an awesome book, with great characters and a fantastic story! 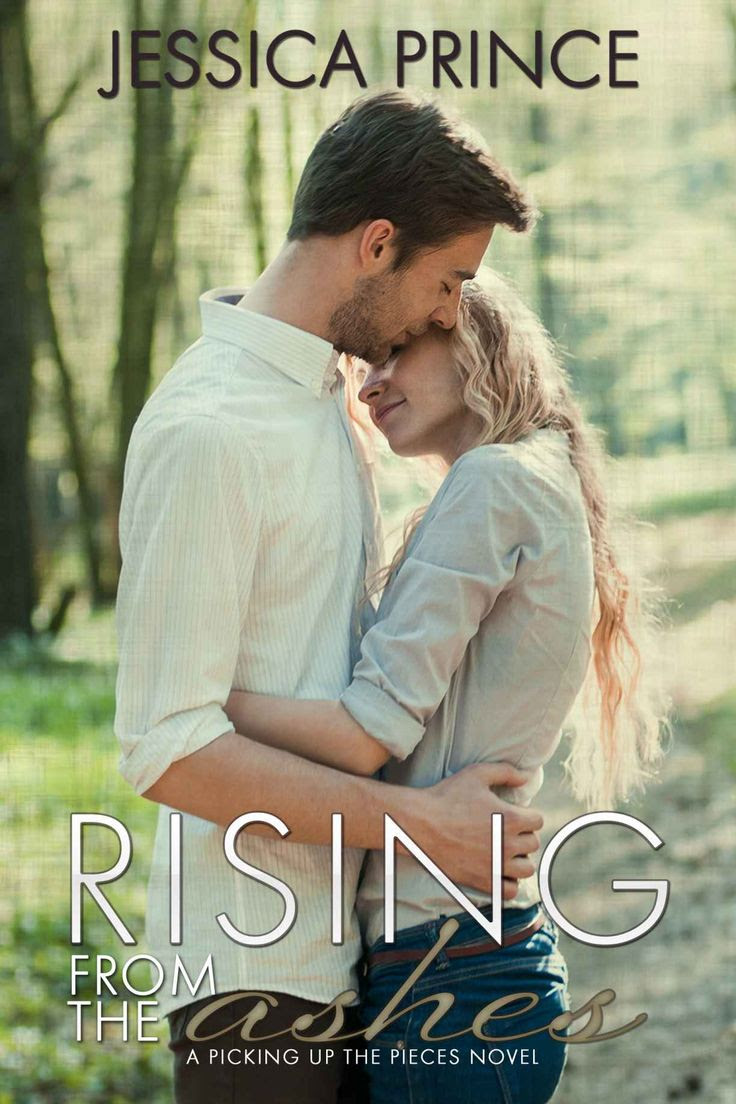 People make mistakes when they're young, but how they choose to come back from those mistakes is what matters in the end.

Savannah Morgan found true love at a very early age, but one rash decision — one that she would regret for the rest of her life — was all it took to end her relationship with the love of her life.

For seven years, Jeremy Matthews has accepted being "just friends" with the only woman he's ever loved. Finally deciding that enough is enough, Jeremy relentlessly pursues Savannah until he forces her to see just how right they are for each other.

When Savannah's past mistake is revealed, threatening the future she so desperately wants, the fate of their relationship lies in Jeremy’s hands. Will he be able to forgive Savannah, or is the relationship truly over?

When struggles and obstacles threaten the foundation of Savannah and Jeremy's relationship, will they choose to let each other go, or rise from the ashes of the past to claim their happiness?

"When I said it was none of your business, I meant that you have no right demanding to know who I am or am not sleeping with because you have a girlfriend, Jeremy. The day you got into that relationship, you lost all right to worry about my sex life."

"We're still friends, Savannah. Or have you forgotten that?" he said between clenched teeth. It was obvious he was having a hard time keeping his anger in check.

Unfortunately for him, I didn't have that kind of strength. "No, I'm not the one who's forgotten we were friends. You're the one who's been AWOL for months. You're the one who runs away the minute your girlfriend snaps her fingers. And you're the one who hasn't said more than a handful of words to me since you and Charlotte got together. I knew that things would be different when you started dating, but I didn't expect you to act like we hardly know each other."

"That's not how I've been acting," he insisted.

"Isn't it? We might not have been a couple, but you still picked up the phone and called me every night just to see how my day was. When was the last time you called me?" I didn't even give him a chance to answer. I just continued to pour out everything I'd been keeping locked inside me for so long. "Tell you what — you go about your business, and I'll go about mine. I'm officially releasing you of any obligation you might feel you have toward me. I don't need people in my life who are only there out of a sense of responsibility. I grew up with that, and I won't tolerate it from anyone — least of all, you."

I stood up just as Ben was walking back to the table.

"Everything okay here?" he asked as he eyed Jeremy speculatively.

"Everything's fine," I replied, grabbing Ben's arm and pulling him away from the table. "We need to get back to work."

"You sure?" He still hadn't taken his eyes off Jeremy. They were in some sort of stupid macho-guy standoff.

We started walking and were just about to the door when Jeremy spoke again. "We aren't finished talking, Savannah. You said your piece, and you're damn well gonna listen to mine."

I glared at him over my shoulder and replied, "The hell I am! I don't need to hear anything you've got to say, Jer. This conversation is over."

I watched as the anger slowly crept out of his beautiful brown eyes, and a slow smile spread across his lips, showing his gorgeous dimpled smile.

God, I hate that stupid smile! 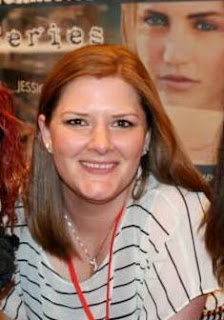 Born and raised around Houston Texas, Jessica spent most of her life complaining about the heat, humidity, and all around pain in the ass weather. It was only as an adult that she quickly realized the cost of living in Houston made up for not being able to breathe when she stepped outside. That's why God created central air, after all.

Jessica is the mother of a perfect little boy - she refuses to accept that he inherited her attitude and sarcastic nature no matter what her husband says.

In addition to being a wife and mom, she's also a wino, a coffee addict, and an avid lover of all types of books - romances still being her all time favs. Her husband likes to claim that reading is her obsession but she just says it's a passion... there's a difference. Not that she'd expect a boy to undertand.

Jessica has been writing since she was a little girl, but thankfully grew out of drawing her own pictures for her stories before ever publishing her first book. Because an artist she is not.