It Takes a Spy
by Sheridan Jeane 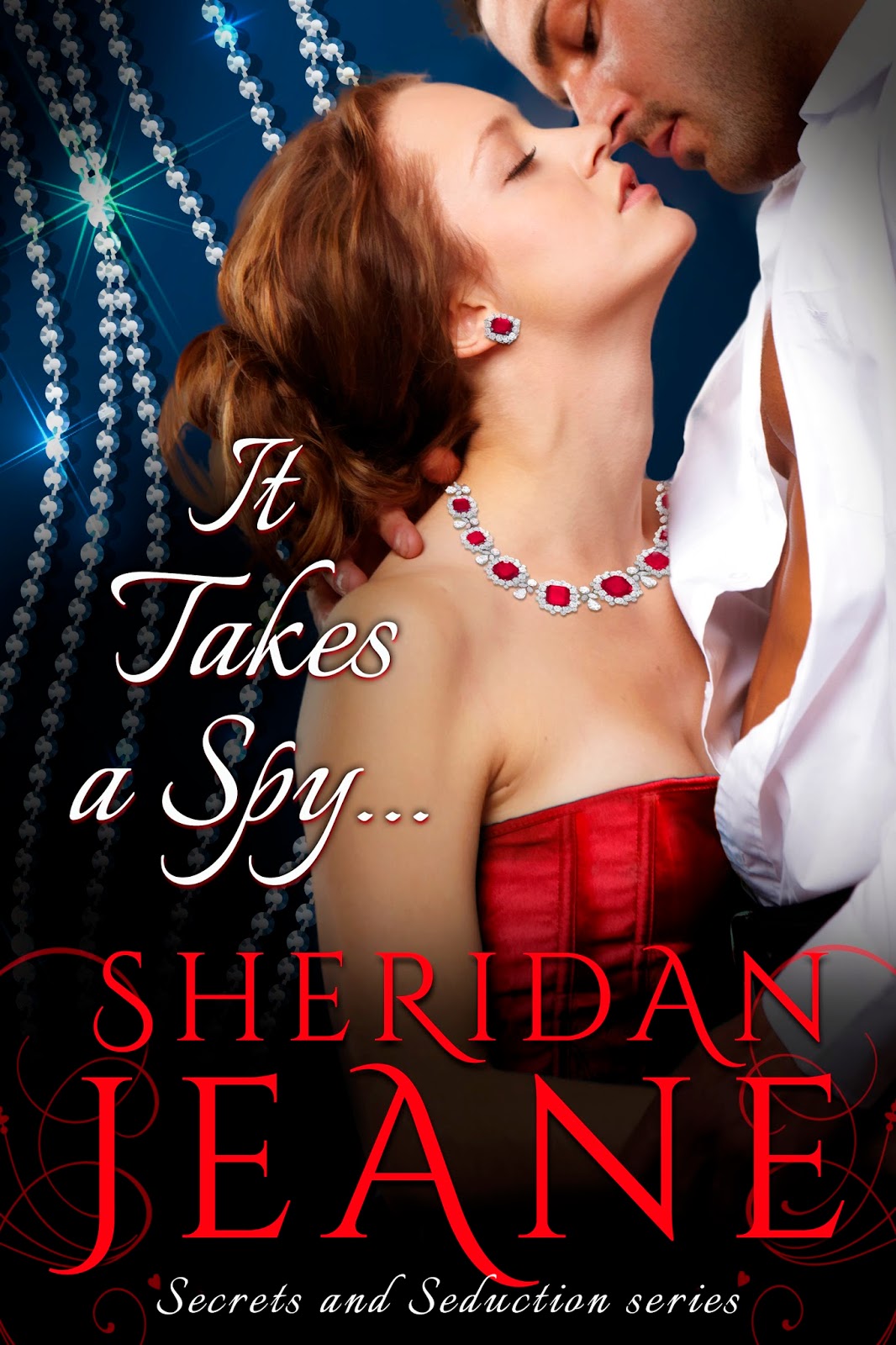 In 1851, Cecilia Paring has serious reservations about marrying her fiancé, Devin Montlake. Gone is the boy who could capture her heart with a word or a glance and in his place is a man who has made it clear that to be a proper barrister's wife, the exciting and impulsive Cecilia must change as well.

Although Devin Montlake loves his orderly life as a barrister, he's determined to follow his roadmap to achieve his goal of becoming a judge. His biggest obstacle seems to be convincing his headstrong fiancée to fulfill her social obligations with a modicum of propriety. But when the jewelry collection belonging to Cecilia's family is stolen the night before it is to be auctioned off and Devin is framed for the crime, he discovers that following his much-loved rules won't solve this particular problem. He'll need the inventiveness of his irrepressible fiancée to catch the thief. 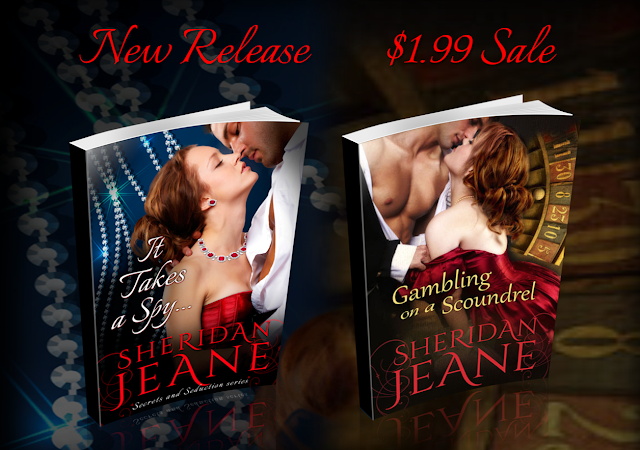 Gambling on a Scoundrel

“Almost since I was born,” Cecilia said. She glanced across the room, trying to find Devin again, but since she and Mr. Raven were waltzing, they had traveled to the far end of the ballroom, and she couldn’t spot Devin. “Our country homes were near one another, and we frequently attended the same social events while we were growing up.” He’d always been the one to come to her rescue and pull her out of her many scrapes. He’d been her hero. Her champion. She tipped her head back to glance up at Raven. “And you? Did you first meet him in London?”

“You were a student there?” That startled her. Mr. Raven had never impressed her as being the studious type.

“Yes,” he said with a chuckle. “Don’t sound so surprised. We were both in Balliol College. We had some law classes together. Montlake was brilliant. The best in the class. He’s an amazing barrister, and he’ll make a fair and just judge.”

A flash of pride flared within Cecilia. She admired Devin, she always had, but she couldn’t help feeling pleased that Mr. Raven held a similar opinion. “And you? Are you a barrister as well?”

“No, I’m a solicitor. I prefer working with people to arguing points of law in court.”

“I would feel the same way,” she replied, a smile tugging at the corners of her mouth. “Although I don’t see that drawing up legal papers would be much of an improvement over debating the law.”

“Ah, yes, but at least I have the opportunity to work with many different people from all walks of life. Poor Montlake only has judges, solicitors, and other barristers to associate with. Take my word for it, they’re a stodgy lot.”

“You’re sure to liven things up once you become Mrs. Montlake. Those humdrums won’t know what to make of you.”

Cecilia’s smile fell. “That’s exactly what worries me. I’m not entirely certain I’m cut out to be a barrister’s wife.” She fixed her gaze on his lapel, not wanting to see the agreement she knew would be on his face.

“Don’t talk that way,” he said, tightening his grip on her hand. “You’re bound to liven up those bores. They need someone like you to keep them from putting each other to sleep.”

She tried to meet his gaze, but couldn’t. “I hope you’re right.”

“I know I am. You’re good for Montlake. I see the change in him when you’re around.” He lifted his gaze as he sought out something across the room. “Did you know he hasn’t taken his eyes off us since we stepped onto the dance floor?” 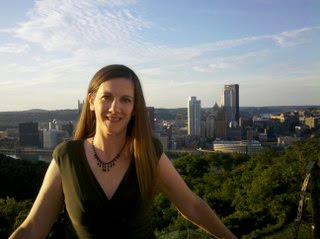 Sheridan Jeane writes exciting and emotion-packed historical romances set in the Victorian Era that confront issues of trust and conformity.
With the advent of the industrial age, life was changing. Many people tried to hold on to the old ways of life while others embraced the new opportunities open to them.
Join Sheridan as she explores the clash between the old and the new.
Sheridan has always loved books, history, and stories about amazing people who blaze new trails.
Despite naming their daughter Sheridan because they thought it might someday look great on the cover of a book, Sheridan's parents urged her in a more practical direction for college. Sheridan earned a Bachelor of Science degree in Computer Science with a minor in English. 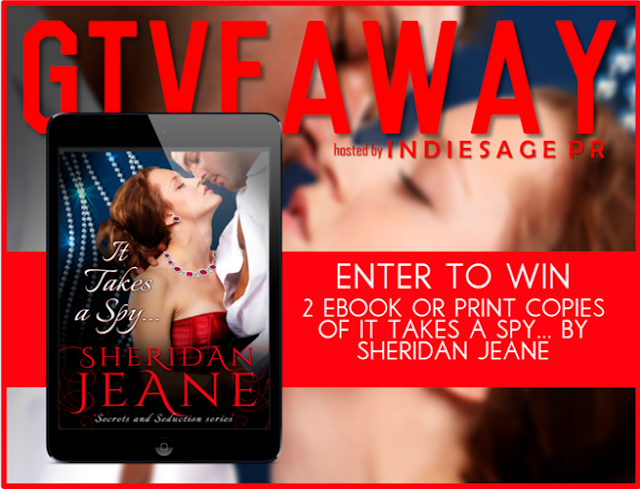