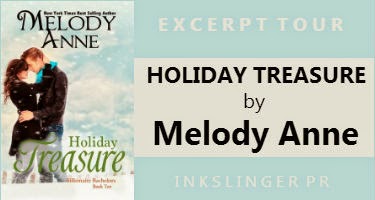 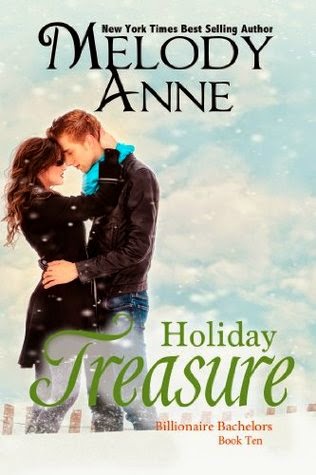 Mega wealthy Tanner Storm has it all – great looks, wealth, and nothing holding him down. Then, his father decides to play games with him and his siblings, handing him an apartment complex in downtown Seattle that Tanner wants nothing to do with. When the conditions of his father’s terms ensure that he do something with this building or lose his inheritance, he at first thinks, so what. But, then it becomes a challenge that he has to accept, because he’s never before backed down. He decides to tear down the building and start fresh with something far more appealing that will add to his already fat wallet.

The only problem is that the residents don’t want to leave, and under the contract with his father, he can’t force them out. When he ends up before Judge Kragle from all the complaints made against him, the judge decides the best punishment for him will be two weeks of living in the very apartment complex he despises and two weeks of community service, playing Santa Claus at the mall. Perfect! This is not the Christmas of his dream.

The plot thickens when he meets his neighbor, Kyla and falls into instant lust. Will this turn out to be Tanner’s secret angel, or will he forget all about her the minute he leaves?

Enjoy this Anderson Christmas Novel from NYT Best Selling Author Melody Anne who wishes you all a very Merry Christmas and an even happier New Year.

Kyla jumped at the sound of Tanner’s quiet voice. They hadn’t said much at all since she’d returned to his apartment to find him ready to go. And now she’d been so lost in her thoughts that she’d forgotten his very existence.
Was this a mistake, she wondered, coming here on Christmas morning? If so, when would be the right time? If she was going to do this, now was as good a time as any.
Because her fingers were shaking too badly to insert the house key in the lock, Tanner gently took it from her hand, set it in the keyhole, and turned. The sound of the long-unused lock clicking open seemed louder to Kyla than a rifle shot. He didn’t touch the knob, just waited to see what she would do next.

Melody Anne is the author of the popular series, Billionaire Bachelors, and Baby for the Billionaire. She also has a Young Adult Series out: Midnight Fire and Midnight Moon - Rise of the Dark Angel. She's been writing for years and published in 2011. She hold a bachelors degree in business, so she loves to write about strong, powerful, businessmen.

When Melody isn't writing, she enjoys spending time with her family, friends, and pets. She lives in a small town that she loves, and is involved in many community projects. 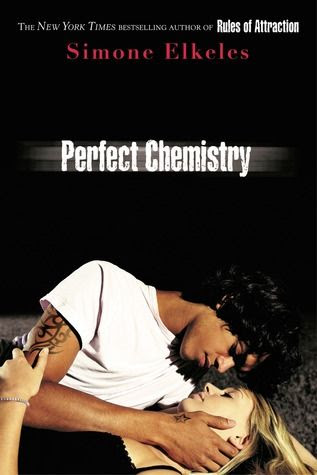 A fresh, urban twist on the classic tale of star-crossed lovers.

When Brittany Ellis walks into chemistry class on the first day of senior year, she has no clue that her carefully created 'perfect' life is about to unravel before her eyes. She's forced to be lab partners with Alex Fuentes, a gang member from the other side of town, and he is about to threaten everything she's worked so hard for: her flawless reputation, her relationship with her boyfriend, and the secret that her home life is anything but perfect.

Alex is a bad boy and he knows it. So when he makes a bet with his friends to lure Brittany into his life, he thinks nothing of it. But soon Alex realizes Brittany is a real person with real problems, and suddenly the bet he made in arrogance turns into something much more.

In a passionate story about looking beneath the surface, Simone Elkeles breaks through the stereotypes and barriers that threaten to keep Brittany and Alex apart. 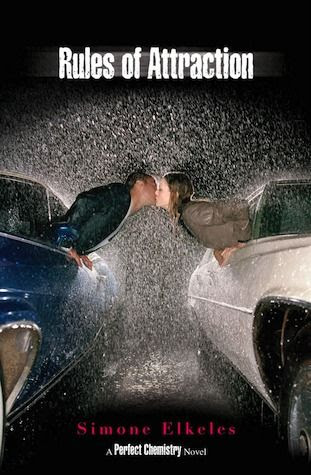 When Carlos Fuentes returns to America after living in Mexico for a year, he doesn’t want any part of the life his older brother, Alex, has laid out for him at a high school in Colorado. Carlos likes living his life on the edge and wants to carve his own path—just like Alex did. Then he meets Kiara Westford. She doesn’t talk much and is completely intimidated by Carlos’ wild ways. As they get to know one another, Carlos assumes Kiara thinks she’s too good for him, and refuses to admit that she might be getting to him. But he soon realizes that being himself is exactly what Kiara needs right now. 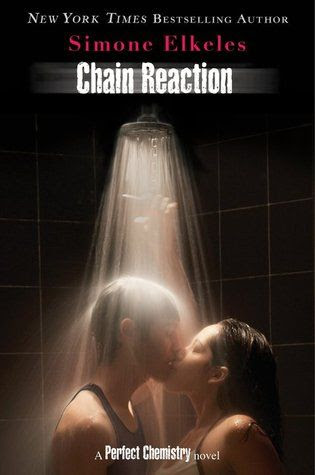 Like his brothers, Luis Fuentes is a risk taker; whether he's scaling the Rocky Mountains or dreaming of a future as an astronaut, Luis is always looking for the next thrill.

Nikki Cruz lives her life by certain rules ― don't trust a boy who says "I love you", boys lie to get their own way and never date a boy from the south side of Fairfield. Then she meets Luis at his brother Alex's wedding and suddenly she's tempted to break all her rules.

Getting Nikki to give him a chance is Luis's biggest challenge, until he finds himself targeted by the head of the gang that nearly destroyed his brothers' lives. Will Luis's feelings for Nikki be enough to stop him from entering a dark and violent world that could prove to be the ultimate risk?

Simone Elkeles is a New York Times and USA Today bestselling author of novels for teens. Simone’s books have won many awards including being YALSA Top Ten Quick Picks for Reluctant Young Adult Readers, being named to the YALSA Popular Paperbacks and Teens Top Ten lists, and added to the Illinois “Read for a Lifetime” Reading List. Simone also won the coveted RITA award from the Romance Writers of America for her book Perfect Chemistry. Simone is especially proud of the fact that the Illinois Association of Teachers of English named her Author of the Year. 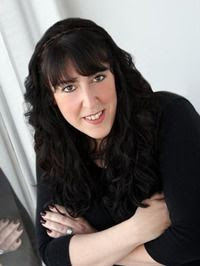 Simone was born and raised in the suburbs of Chicago, where she still lives today. Simone went to the University of Illinois in Urbana-Champaign and received her Bachelor’s of Science there in Psychology in 1992. She continued her education at Loyola University-Chicago where she received her Master’s of Science degree in Industrial Relations while working for a manufacturing company creating diversity programs for their employees.

She loves animals (she has two dogs – a labradoodle and a German Shepherd), kids (she also has two of those) and her family. In her spare time she’s the Hockey Mom for her kids hockey teams and is an active Girl Scout leader specially trained in outdoor education. She also spends time mentoring other teen and adult authors. (She also loves sushi, which you can probably tell by reading her books.) Simone writes about teens because she was a teen in the 80’s (when spiked hair and blue eye shadow were “rad”) and she loves writing about those exciting teen relationships and romances.