We are thrilled to bring you the Release Day Launch for Alyssa Rose Ivy's STAY!
STAY is a New Adult Paranormal Romance and the third novel in The Empire Chronicles Series! 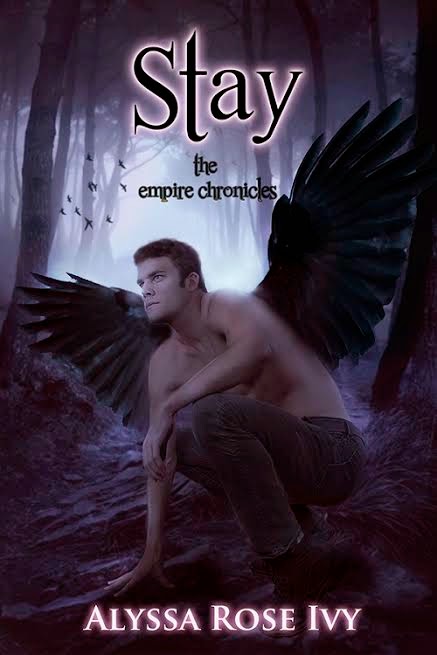 Nothing could possibly get worse. Everything and everyone that could be in jeopardy already is, and Jared knows that he is The Society's only hope. If he doesn't find a way to escape he fails everyone including Vera, the bear shifter he can't seem to get out of his head.

Casey and Toby are in love. Head over heels in love, but is their love strong enough to survive a magic so powerful that Casey's mind is no longer in her control?

Vera will do anything to help her sister, and unfortunately that means she is well acquainted with Jared, the most frustrating man she has ever met. Now she has to find a way to fight her annoyance and growing attraction long enough to help save Levi and Allie.

Racing against the clock, all four must face their greatest fears to save The Society and all the people they love. 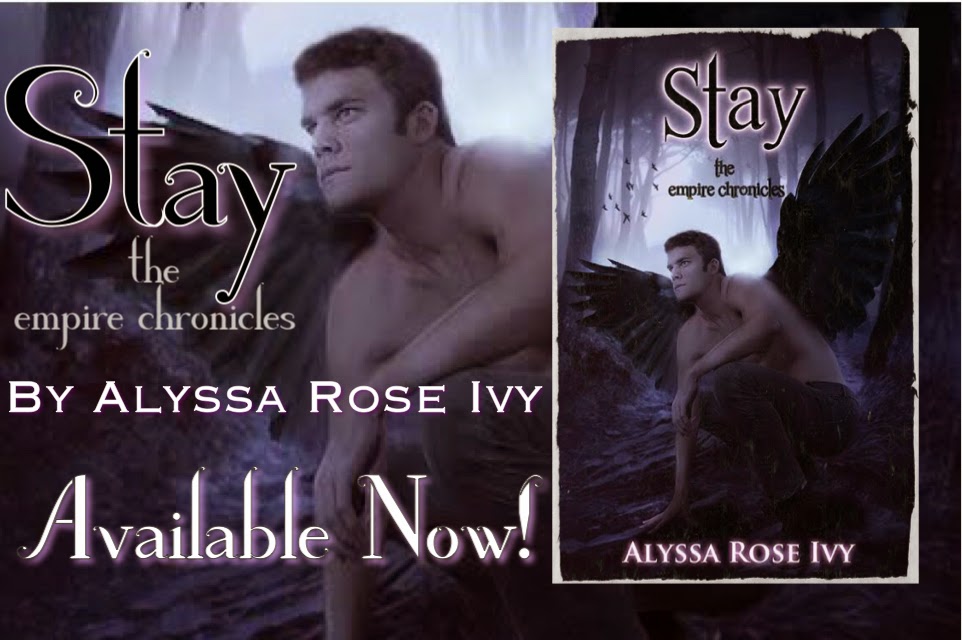 "Then just kiss me already. Get it over with."

"Kiss you? Are you kidding?"

"I already told you I'm not sleeping with you."

"Then just shut up." She yanked on my shirt pulling me toward her. Her lips were on mine before I could process it. My lips responded immediately, greedily sucking on her bottom lip before pushing my way into her mouth.

She moaned, eagerly letting me in. My tongue tangled with hers, as I explored every corner of her mouth. Before my hands could do their own exploration she broke the kiss. "So much better." She hopped down from the bar.

"Excuse me?" I was still spinning from the kiss. Had she really stopped that suddenly?

"Now?" I asked with disbelief. "After that?"

"You could say thank you."

"For easing the tension. It was thick enough to cut with a knife, but I preferred your tongue."

"So that's it? You just did that to ease sexual tension?"

"What did you think I was doing?"

"Giving in to your desires." My eyes devoured her. Her tank top had pulled up when we were kissing, exposing even more smooth skin I wanted to touch.

"You mean our desires. There's nothing one sided here."

I glanced down at the bulge still obvious in my pants."You've got that right."

"Not bad?" I raised an eyebrow.

"A seven? I'm a ten. I'm a ten at everything involving sex." I had no confidence issues in that department. No matter how pissed girls got at me, they never complained about the sex.

"But that wasn't sex. Your dick wasn't involved. I'm sure you rely on it to earn you points."

"Oh yeah? Well your tongue seems a little bit out of practice. Not using it much?"

"Oh. My mistake." She licked her lips. "Anyway back to that plan."

The Hunt For Snow
by S.E. Babin 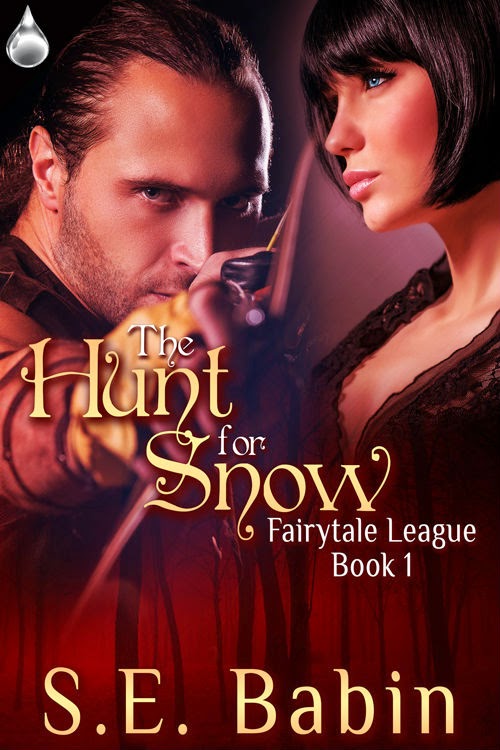 For years Snow has been running from the queen and the razor-edged knife of the Huntsman, Max. Hiding in her new world, Snow is thrust back into fairytale politics when Max finds her. Torn between fear and love, will Snow surrender her heart to the one man she can’t trust?

I was making noise like a drunken elephant. I cringed as my boots squeaked through the mud and other unmentionables, but I didn't slow my pace any. Thunderous footsteps echoed behind me as Max taunted me.

I let out a crack of laughter and shot him the finger. But I kept running. Once I reached the entrance, I shimmied up the rocks, but a vise-like grip grabbed my ankle and pulled me down. We crashed into the sewer, me on top of Max and both of us cursing up a blue streak.

"Max! Gross!" I struggled to get out his grip without having to stab him. I was going to have to take a decon bath and get a tetanus shot after all this was done.

He laughed maniacally, but didn't let his grip up. "Keep the wiggling up, lass, and I'll take you in this sewer."

"Ugh." As much as I wanted him, I didn't think sewer monkey love would ever be worth it.

I stopped wriggling, and stared at him, those beautiful green eyes looking back at me deep with emotions. I gave him a brilliant smile, straightened my neck, and head-butted him in the nose with my forehead as hard as I could.

His shout of pain made me feel a tad guilty for being such a dirty fighter, literally, but I'd given him what he wanted in order to keep him safe — a giant black eye that he could take back to Naomi. His grip relinquished as he continued to groan, and I scrambled off him and out of the dungeon. As I stood above the entrance looking down, Max had one hand over his bloody nose, his eyes swelling and tearing up with both amusement and pain. He shook his head at me as a blood-filled smile quirked his lips.

I gave him a wave and left him lying there. His pained laughter followed me out. 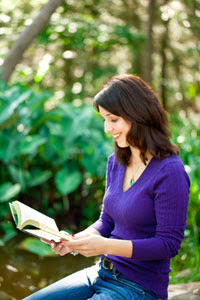 S.E. Babin has a passion for writing books with a paranormal twist. Whether it's romance or mystery, she loves turning the norm into the extraordinary. Her early love of reading turned into a curious exploration to see whether or not she could write her own novel. This resulted in her spending way too much time in the library, killing any chance of her becoming a cheerleader or anything even remotely cool. She lives in Texas with her family and a passive aggressive dachshund. 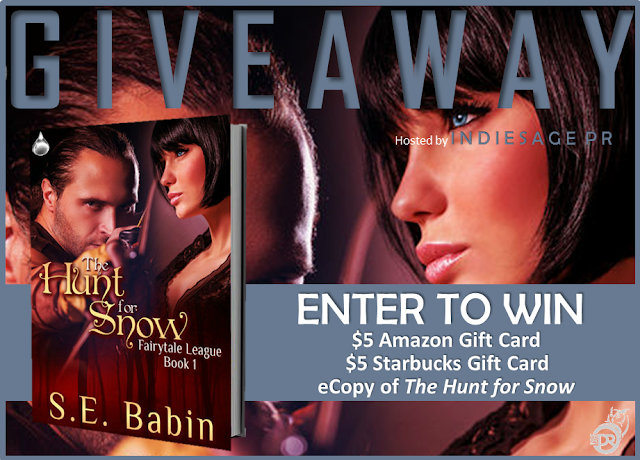 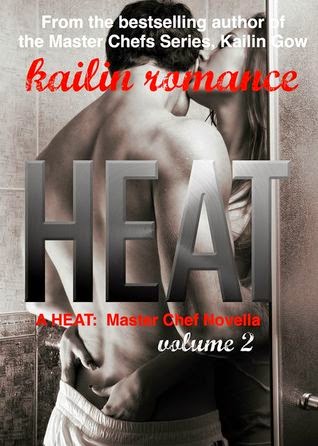 What started as attraction has turned into obsession. When Bobby and Lilly's tryst turns into something more, fate intervenes with heavy consequences that may forever tear them apart. Lilly has made up her mind to return to the convent for peace, only to find that her life as she knew it was far darker than she had ever imagined, and that she had a strange connection to Errol King that would threaten everything.

HEAT 2 is for age 18 and up due to sexual and adult themes.

Haven't started the HEAT Series yet?

Bobby Cummings went to Paris to study at the same international culinary institute as his sister Taryn Cummings. Instead of taking it seriously as she did, he wanted to sample all the goods in Paris, especially the pretty girls there. Why not? He was 19 and the world was his oyster. He wanted to be just like Errol King, a Master Chef, who taught at the Institute and was a notorious bad boy chef.

The only thing was someone was going to walk into his life and put a wrench into his plans...someone with eyes like violets and hair like chocolate silk, and a smoldering passion that consumes him whenever they're together. He didn't think she would be his type at all. He didn't think he would be hot for Lily, his teacher at the Culinary Institute. Now what would Taryn think? What would Errol think?

Whatever they thought... there's one thing he knew for certain, things with Lily and at the Institute had just gotten heated.

This is a 4 book serial.