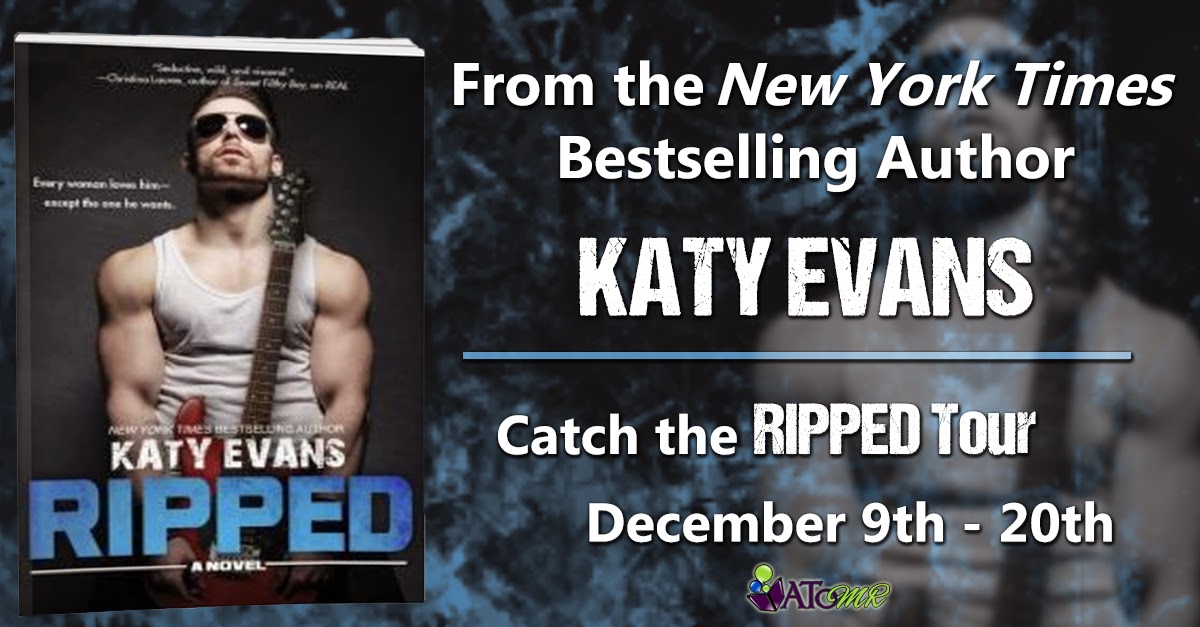 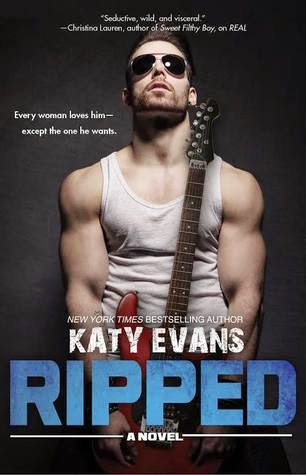 Every woman wants me - except the one I sing for.

Seattle shakes with anticipation: they call it the concert of the year. They say girls are getting pregnant just thinking about my band being in town.

But when you love a girl, you don't leave her with nothing but a ring and a promise. Any man with half a brain should know.

So what did I expect my girl would do when she saw me again?

Well, for starters, she loathes our music. Particularly the song I wrote about her.

When I sing it, the stadium is in an uproar. Thousands of fans scream my name like I'm a god--but yeah, not her. Crystal clear: the girl's not happy to see me.

Black hair, black boots, a bad attitude, that's her - Pandora Stone is a freaking man-eater and she's out for my blood.

Let her come at me. Because I'm out for her heart and, this time, there's no way she can stop me.

This is Pandora and Mackenna's story.

Pandora is Melanie and Brooke's friend that we met in Real, Mine and Rogue. Mackenna is her ex and the man that made her hate all men.
Pandora and Mackenna met when they were in high school. They were secretly dating because Pandora's mother was the DA that was trying to send Mackenna's father to jail. They loved each other and promised that they would always be together. They were going to run away together after Mackenna's father was convicted but Kenna never showed up. He broke Pandora's heart and from that day on she started hating all men.
Fast forward six years. Pandora is an interior designer and lives with her mother and her little cousin, while Mackenna became a rockstar.
When she finds out that Mackenna and his band are going to perform in Seattle, Pandora convinces Melanie to go to the concert and to throw eggs and tomatoes to Mackenna. She is determined to humiliate him, but her plan backfires when they are caught.
Mackenna is surprised when he sees Pandora. In exchange of not pressing charges against her, Mackenna's agent makes a deal with Pandorea: she will travel with the band during the rest of their tour and in the final concert she will kiss Mackenna on stage. Although reluctant, Pandora accepts the deal. She is determined to humiliate Mackenna and swears that she will resist him. But will she succeed or will her heart be ripped again?

This book is amazing. We get to know what happened between Pandora and Mackenna in the past and how they dealt with what happened. They both made choices that affected their future and their hapiness. Loved the interaction between them. Their story is fantastic. It makes you laugh with their banter, it makes you frustrated because you want to know what happened and they're always skirting around the issue, it makes you cry when you realize what happened, and it is a very sexy story. Loved Pandora and Mackenna. They are very raw and real and you feel what they feel.
We're able to check how the characters of the previous books are doing! Loved to see Melanie, Remy and Brooke and to meet Greyson (I haven't read Rogue yet).

This is an awesome book! Katy Evans did an amazing job and I can't wait to read more of her books! 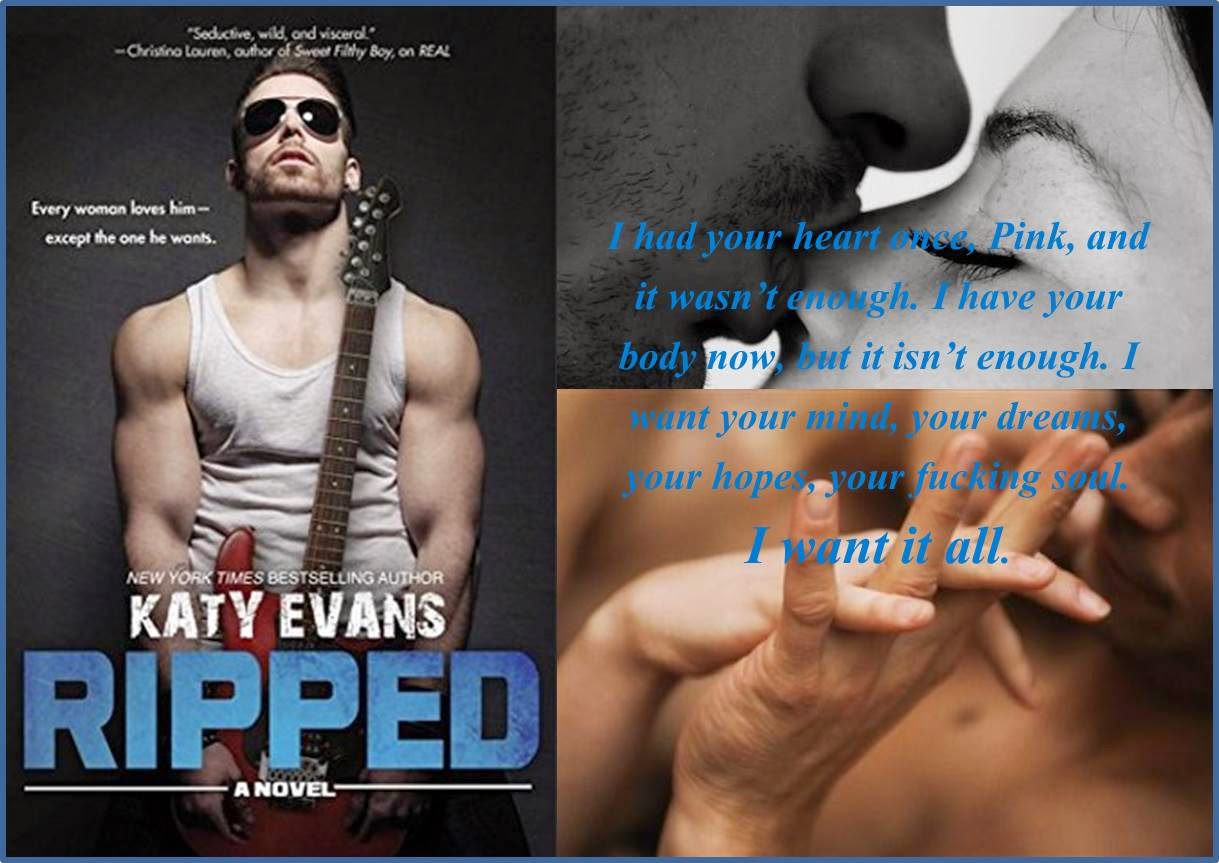 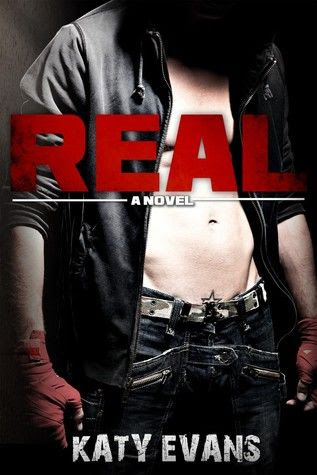 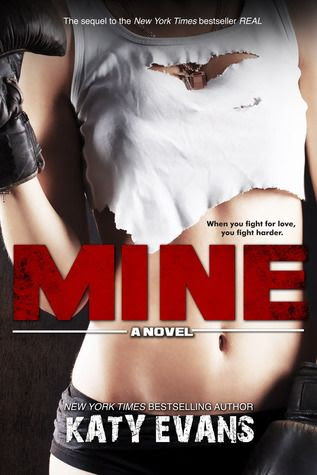 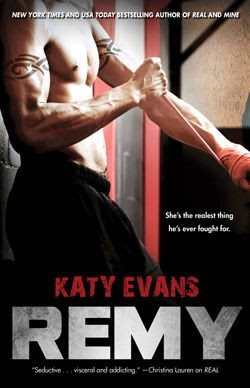 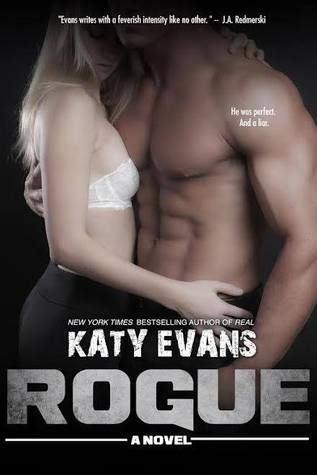 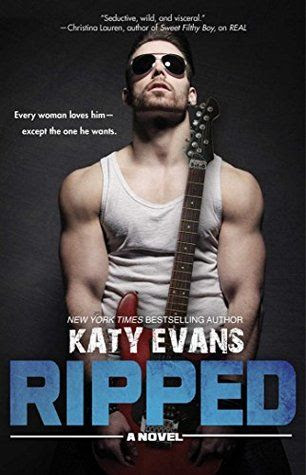 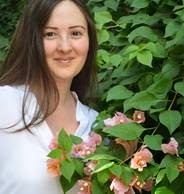 Katy Evans grew up with books and book-boyfriends until she found a real sexy boyfriend to love. They married and are now hard at work on their own happily ever after. Katy loves her family and friends, and she also loves reading, walking, baking, and being consumed by her characters until she reaches "The End." Which is, hopefully, only the beginning...

The Gifted
by
Tamra Lassiter 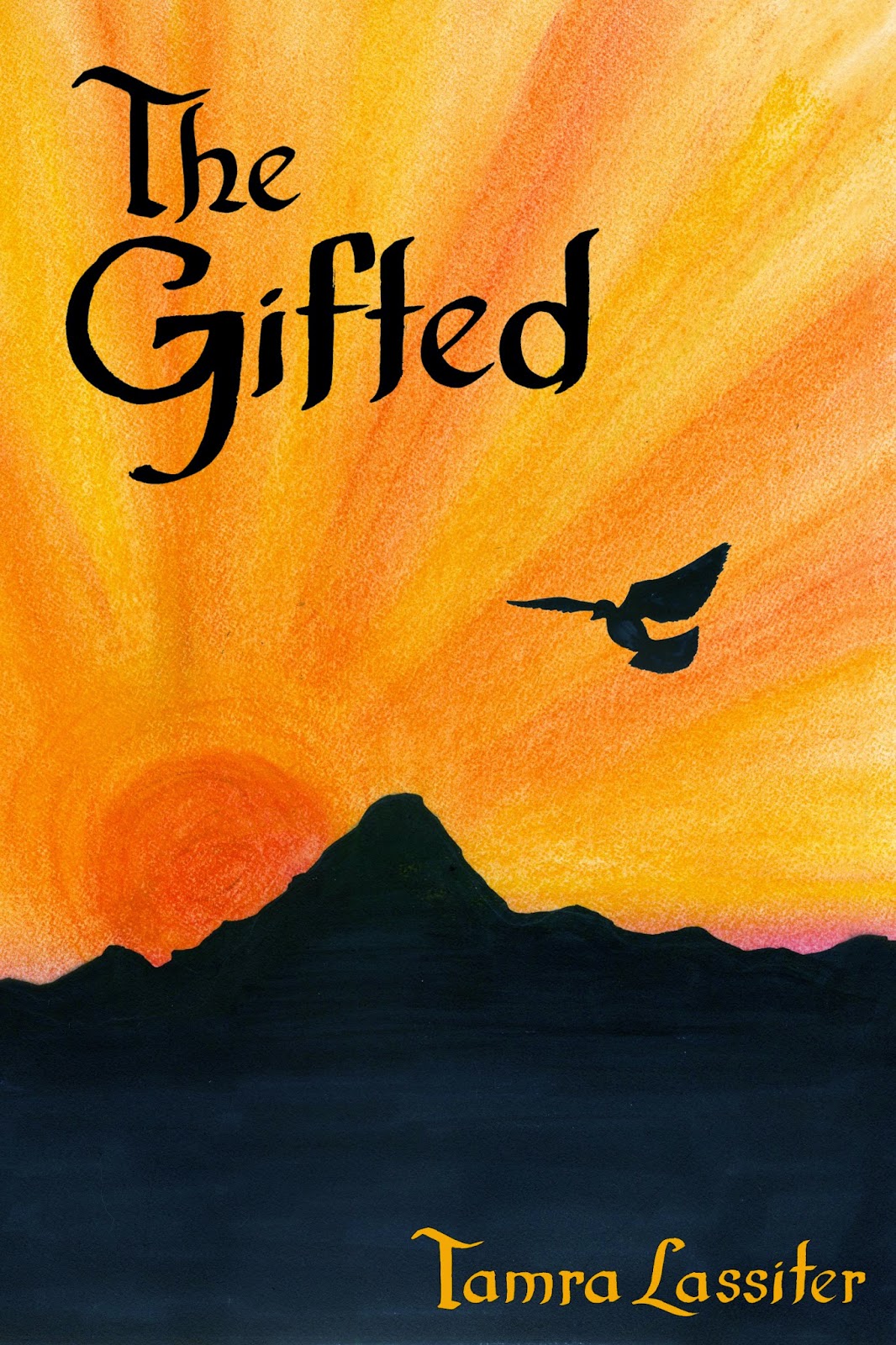 No gift is too small.

Sara's gift of flight became known when she was eight years old. It was her gift from God and her secret to keep. Torn between pleasing her overprotective parents and literally soaring through the clouds, Sarah has resigned herself to being the oddball.

Everything changes in one moment. Sara's gift saves her life, but there are witnesses. Her secret is out. She soon meets the charming Simon and learns exactly why her parents have kept her hidden away all these years. 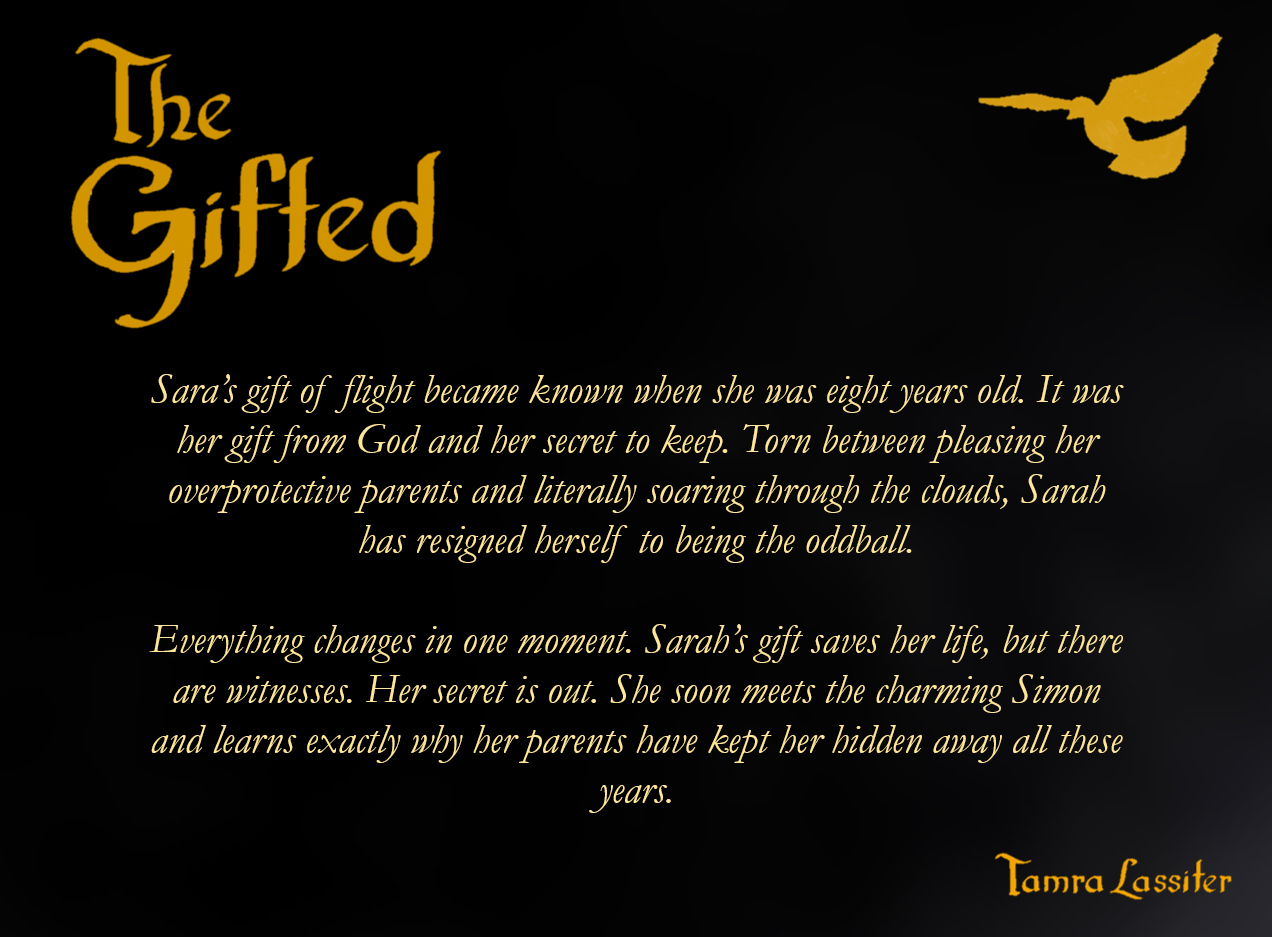 This story follows Sara and her journey to discover herself and her gifts.
Sara grew up very protected by her parents because of her gift of flying. They always hid her so no one would find out that she could fly.
One day, while walking home, Sara is almost run over by a car but unconsciously starts flying. However there are witnesses and her whole life changes.
Sara goes to a place where other people with special gifts live and starts to develop her gift of flying and also discovers she has other gifts. She finds out why her parents left that place and why they didn't want anyone to know about her gift. But, not everything is as perfect as it looks and there's someone that uses the gifted for his own profit.

This is a great book. The story flows easily and is very interesting and captivating.
The characters are great and I love the relationship between them.
Loved how Sara was able to see why her parents kept her away from the other gifted and loved her relationship with Fleet and Angelica.

Would love to read more about Sara and the other gifted people.

I live outside Washington, D.C. with my wonderfully supportive husband and two daughters, one of which is approaching her teenage years. Help us all! If that isn’t enough, we have a Great Dane and an English Bulldog to keep us on our toes. It’s crazy around here and I love every minute of it!

Writing is my third career. I didn't set out to be a writer, it was just meant to be. My Mechanical Engineering degree from Virginia Tech prepared me well for my first career as an Engineer/Program Manager. My second career was in Human Resources. Long story, but I figured it out. I believe the best start for a writing career is to be a reader first and I’ve been an avid reader my whole life. I've loved to read ever since I picked up my first Nancy Drew mystery in the fourth grade. Now I love reading just about everything, but I don’t read sad books and I don’t watch sad movies either for that matter, no matter how many awards they’ve won. Life’s too short and who needs all that strife to bring us down?

Many of my words have been penned late into the evening, which explains why I’ve never viewed whatever television show you recommend to me. I would, however, love to hear your recommendations for a great read! 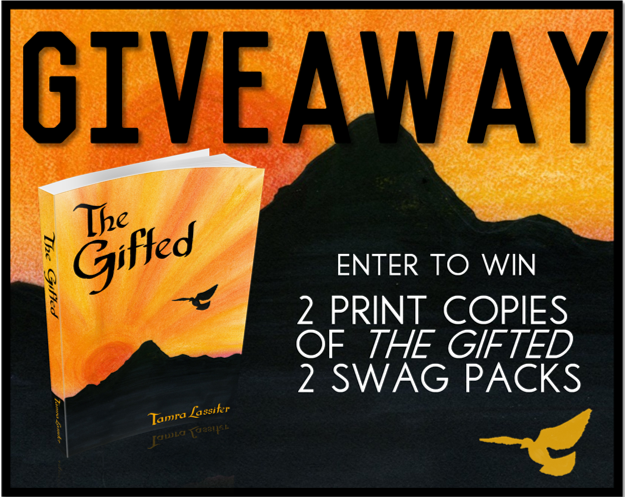 Going Down in Flames
by
Chris Cannon 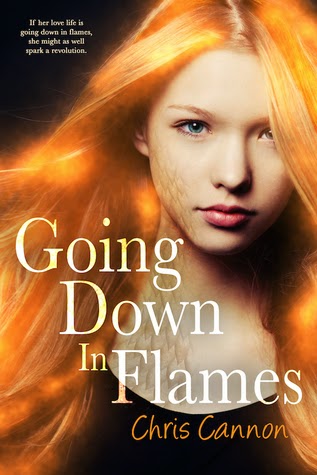 If her love life is going down in flames, she might as well spark a revolution.

Finding out on your sixteenth birthday you're a shape-shifting dragon is tough to swallow. Being hauled off to an elite boarding school is enough to choke on.

Since Bryn is the only crossbreed at the Institute for Excellence, all eyes are on her, but it's a particular black dragon, Zavien, who catches her attention.

Zavien is tired of the Council's rules. Segregated clans, being told who to love, and close-minded leaders make freedom of choice almost impossible. The new girl with the striped hair is a breath of fresh air, and with Bryn's help, they may be able to change the rules.

At the Institute, old grudges, new crushes, and death threats are all part of a normal day for Bryn. She'll need to learn to control her dragon powers if she wants to make it through her first year at school. But even focusing on staying alive is difficult when you're falling for someone you can't have. 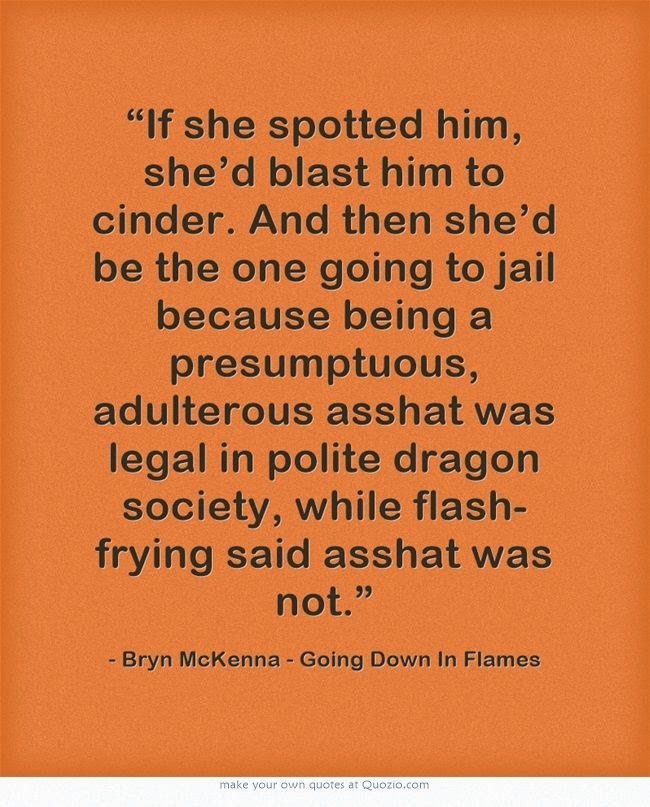 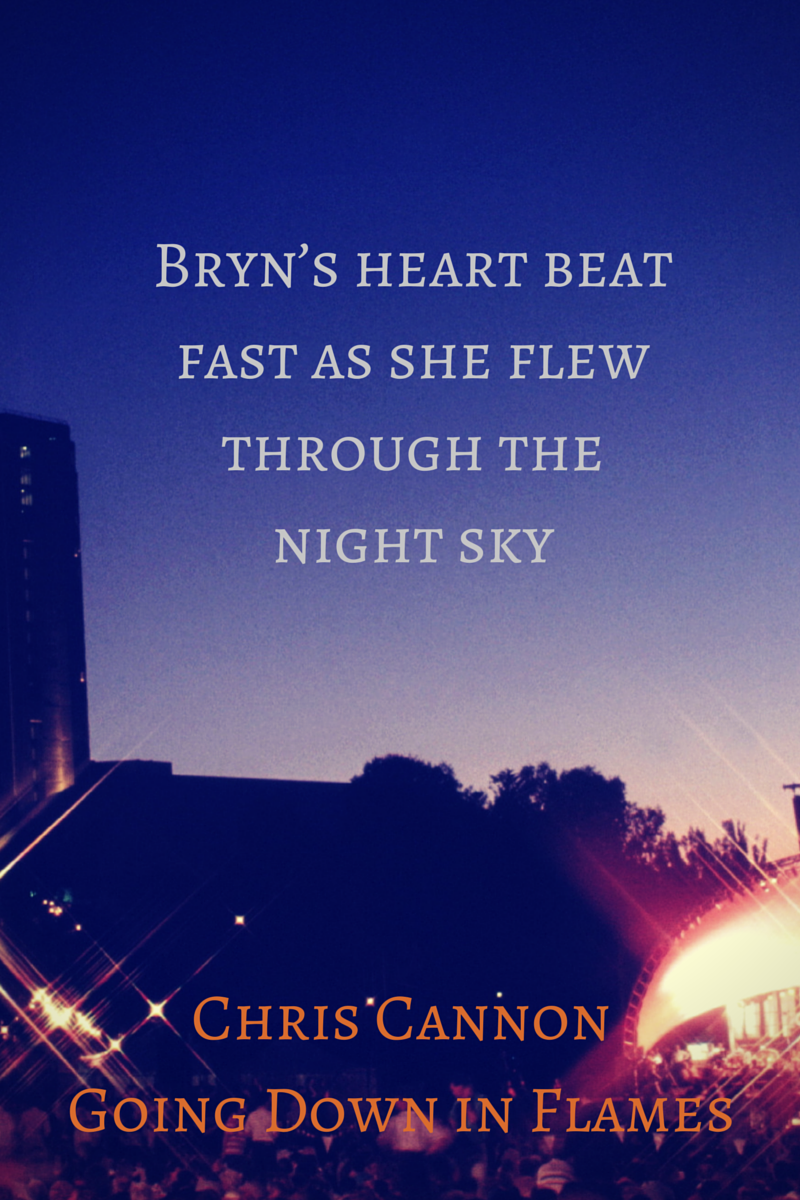 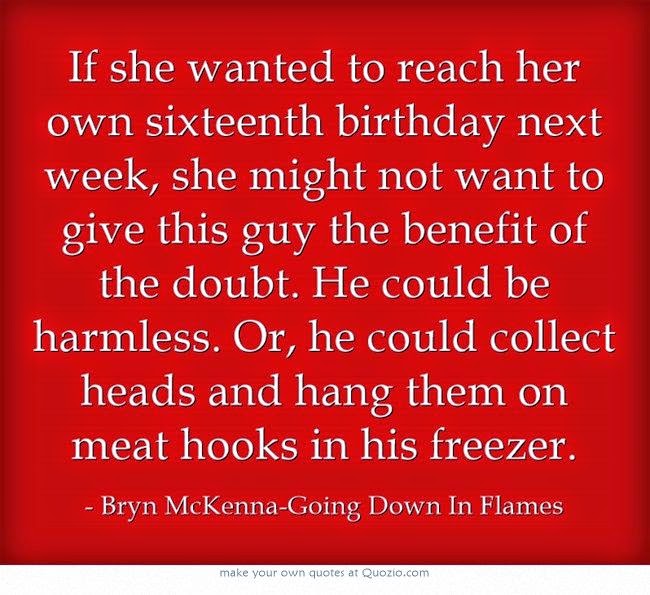 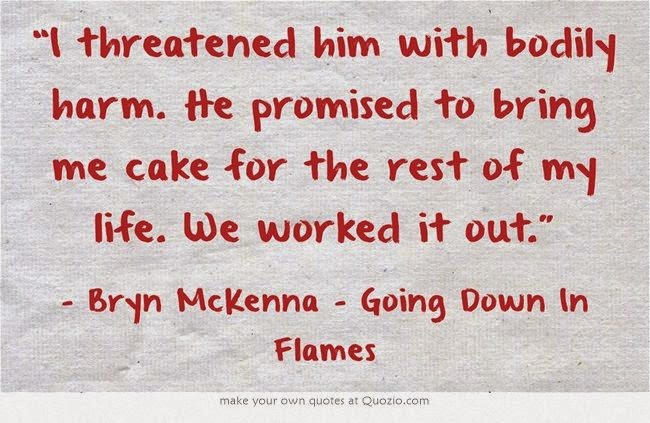 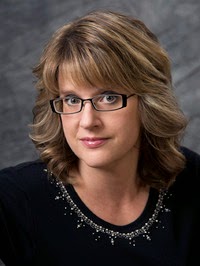 Chris Cannon lives in Southern Illinois with her husband and her three dogs, Pete the shitzu who sleeps on her desk while she writes, Molly the ever-shedding yellow lab, and Tyson the sandwich-stealing German Shepherd Beagle. She believes coffee is the Elixir of Life. Most evenings after work, you can find her sucking down caffeine and writing fire-breathing paranormal adventures. Going Down In Flames is the first book in Chris Cannon's shape-shifting dragon series.