The Hooker and the Hermit
by
L.H. Cosway and Penny Reid

LADIES AND GENTS! I have an announcement!

You know that guy I featured on my blog a few months ago? The really, really hot Irish rugby player who plays the position of 'hooker' in the RLI (Rugby League International)? The one with the questionable fashion choices leading me to ask whether he was the lovechild of a leprechaun and a hobbit? The one with the anger management issues and the body of a gladiator and the face of a movie star? Ronan Fitzpatrick? Yeah, that guy.

Well, I have a confession to make...

Annie Catrel, social media expert extraordinaire at Davidson & Croft Media and clandestine celebrity blogger, can make anyone shine in the court of public opinion. She is the Socialmedialite, anonymous creator of New York's Finest and the internet's darling. Virtual reality is Annie's forte, but actual reality? Not so much.

Ronan Fitzpatrick, aka the best hooker the world of rugby has seen in decades, despises the media — social or otherwise. The press has spun a web of lies depicting him as rugby’s wild and reckless bad boy.

Suspended from his team, Ronan has come to Manhattan to escape the drama, lay low, fly under the radar. Only, Ronan isn't easy to overlook, and he can't escape the notice of the Socialmedialite...

When Ronan is sent to Davidson & Croft Media to reshape his public image, he never expects to cross paths with shy but beautiful Annie, nor does he expect his fierce attraction to her. He couldn’t be happier when her boss suggests pairing them together.

What lengths will Annie take to keep her virtual identity concealed? And what happens when the hooker discovers who the hermit really is?

The Hooker and the Hermit is a collaboration between authors L.H. Cosway and Penny Reid, is a full length 100k word novel, and is a standalone. 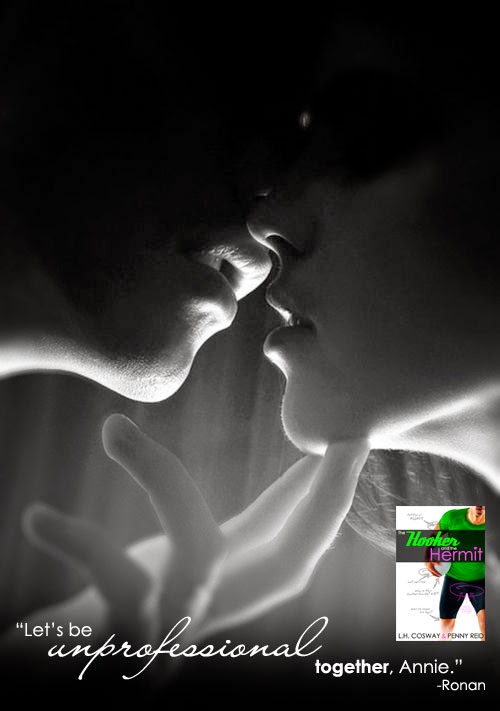 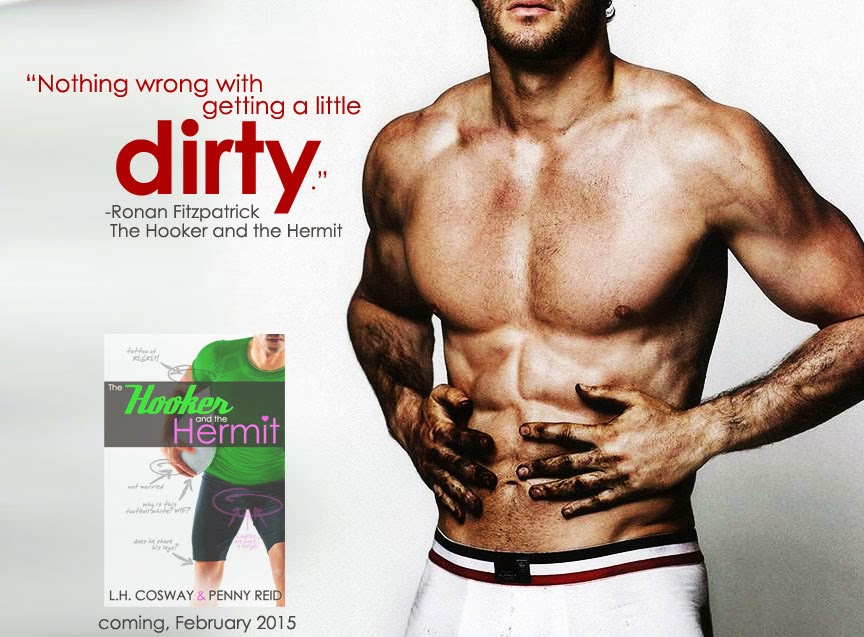 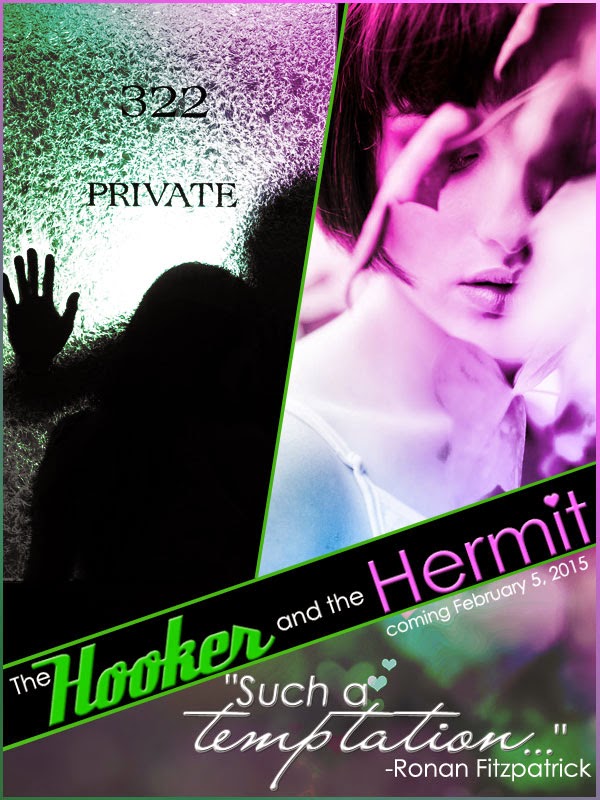 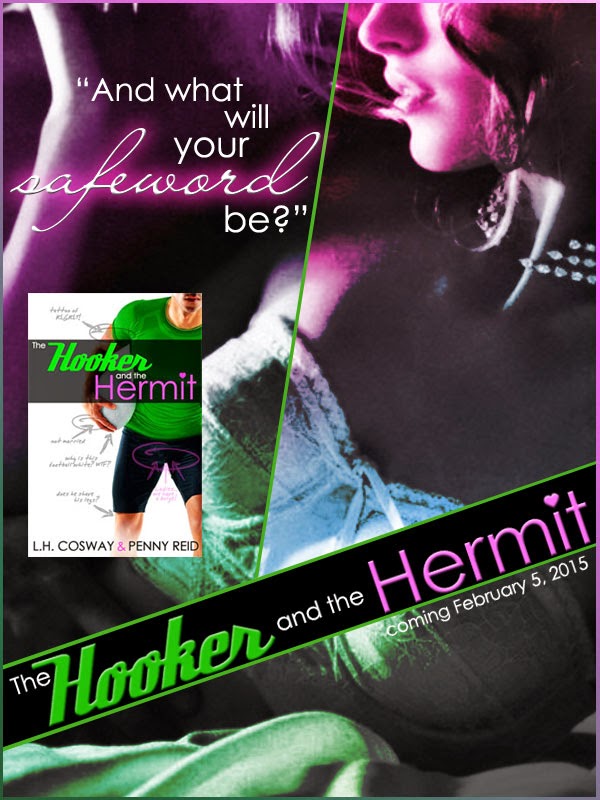 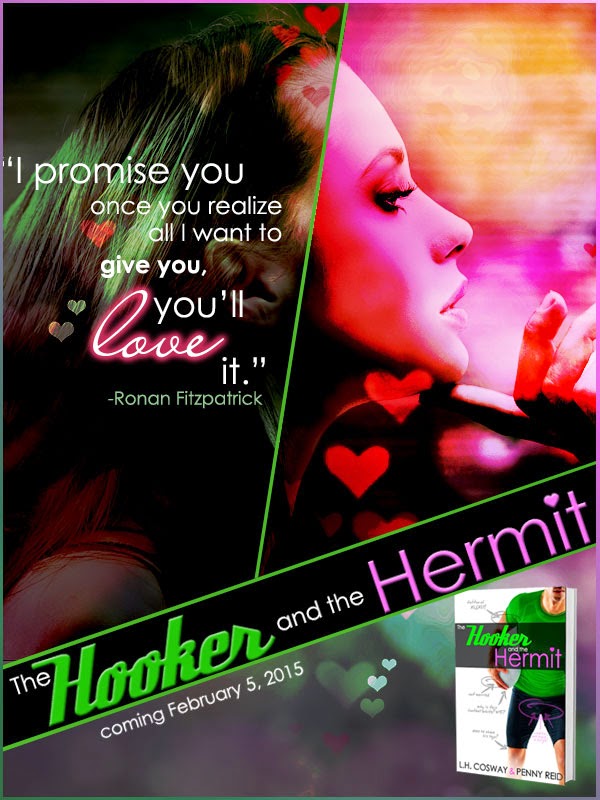 L.H. Cosway has a BA in English Literature and Greek and Roman Civilisation, and an MA in Postcolonial Literature. She lives in Dublin city. Her inspiration to write comes from music. Her favourite things in life include writing stories, vintage clothing, dark cabaret music, food, musical comedy, and of course, books.
She thinks that imperfect people are the most interesting kind. They tell the best stories.

SEX! It all started with sex, between my parents. Personally I don’t like thinking about it, but whatever works for you is a-ok with me. No judgment. The sex happened in California and much of my life also occurred in that state until I moved from the land of nuts (almonds), wine, silicon… boobs, and heavy traffic to the southeast US. Like most writers I like to write, but let’s get back to sex. Eventually I married and gave birth to 2 small people-children (boy-6, girl-4 as of this writing).

By day I’m a biomedical researcher with focus on rare diseases. By night I’m a knitter, sewer, lino block carver, fabric printer, soap maker, and general crafter. By the wee hours of the morning or when I’m intoxicated I love to listen to the voices in my head and let them tell me stories. I hope you enjoy their stories.