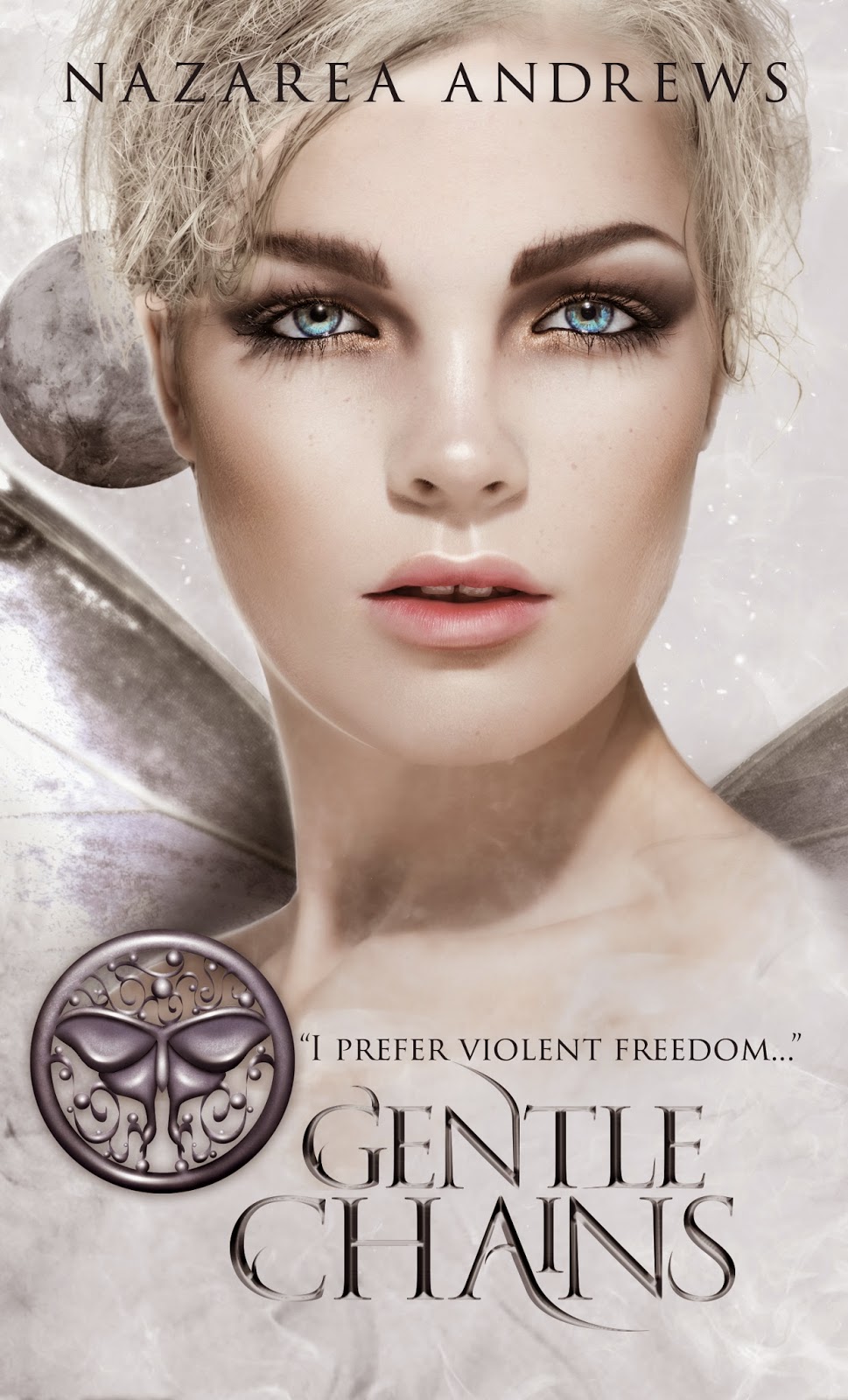 When slavers steal Juhan and his twin sister Chosi from their home planet of psychics, their only comfort is in the fact that they're together. When they are separated at auction, Juhan swears to find his sister, no matter the cost.

Juhan is bought by the spoiled daughter of a political scion. Caught in her glittering world of intrigue and politics, Juhan is startled to find Sadi playing a long game to change intergalactic politics and Juhan is merely a pawn in her game. But as his vow and Sadi's lies takes them across galaxies, he begins to wonder if his young owner is more than an arrogant rich girl. And he has to consider the cost of his promise — especially when people they both care for begin to die.

A galaxy away, Chosi is sold into blood sport. With her psychic ability, she earns a precarious position of value within the gladiator school, training the draken — wild creatures of smoke and fire — for the arena. In the midst of that hell, she forges a friendship with the slave Jemes and the draken she cares for. But when her defiance comes with devastating results, Chosi contemplates suicide as an escape from her chains. Yet, she can't forget the brother who promised to find her, and even as she welcomes the risk of death, she clings to that promise.

Spun across space and exotic worlds, Juhan and Chosi try to find each other, and home in a stunning story about the lengths love will take you.

I swallow hard as my stomach lurches at the pull of gravity, and step into the cockpit.

And bite my tongue when I see her.

Sadi is dressed in a loose, thin shirt, synth leather pants so tight they make mine look loose. A pair of boots with a gold seal — her family crest — comes up to her knees. Her hair is swept into a high knot, spilling down her back in a dark wave. What startles me is not the clothes, but the color.

Even on Eleyi, where we live in self-imposed exile, we know the significance of purple. And this, this is not just the violet hues of a wealthy family, or a bright shade of minor nobility. Sadi wears a deep, rich plum, so dark it is almost black, with a shimmer of iridescence. It's the color of power, royalty, the highest social orders. And she wears it like a second skin, as natural and regal in it as she was in Tin's old practice leathers.

It occurs to me that I am playing a dangerous game, attempting to manipulate a princess.

She eyes me, and approval sparks across her, a deliberate lowering of her mental walls. I shove aside my flutter of nerves, forcing an empty smile, and her eyes harden. "That won't fool anyone. You need to make this believable, or we can just go to Eleyiar now. If you can't be the ardent lover, then be cool and shy. I don't particularly care, but make the cybertulres believe it."

She breathes a brittle laugh, and it strikes me how different she is already. The carefree, laughing, cursing girl I had begun to adapt to is missing, replaced by someone cold and regal and beautiful.

"I'm returning home. Even if they thought it was from my academy, the cameras would be waiting. As it is, I've been missing for over two weeks. The sharks were circling before we hit the atmosphere."

There, hidden under the arrogance, is bitterness, a slight note in her psyche that sours my stomach. She turns back to the computer panel, long fingers skimming and tapping commands. "Find a seat," she says over her shoulder. "Tin, have you purged the system?"

The bodyguard murmurs, making it clear he hasn't. She twitches, impatient, and addresses the Leen. "How many of my father's people are waiting?"

"There are two of Senator Harvine's staff waiting for the Leen."

Her voice is tight when she asks, "And cybertulres?"

She nods and straightens. "Upon docking, initiate shut down. No one is allowed access to the Leen. Dump all records."

She snarls a curse, and Tin looks up from the computer. "The records are clean."

Some of the steel slips from her spine and she nods, relief washing over her. She glances over her shoulder at me, and smiles, a tiny, sharp smile. "Ready?"

I swallow hard and nod. The Leen bumps ominously before coming to a rest. I hear muffled voices, the shriek of spacecraft whistling overhead. I can feel hundreds of thousands of souls, all of them buffeting me like a tiny piece of driftwood on a wave, tossed in a sudden maelstrom of emotion.

I gasp, and Sadi is at my side, so quickly I am not sure when she moved. I want to shake her off but there is a game to play and I am desperate. The cool quiet of her mind is a bliss that I hide in. She shivers as my psyche brushes hers, deeper than I have before. I breathe, focusing on the emptiness, forcing the other minds away, forcing my gifts away until they fade into a constant white noise that I can ignore.

"You okay?"” she murmurs, her breath brushing against my skin. There’s an intense intimacy about this — about my mind wrapping around hers. It would take nothing at all to alter everything about her — I shove the thought down.

There are lines I won't cross. Instead I squeeze her hand and ignore the jolt of her psyche as I flash her a weak smile.

"We can wait, if you need," she offers. I straighten, wincing as pain lances through my head. I grit my teeth and shake my head, pulling away from her mentally.

Looping her arm through mine, she plasters herself to my side, startling me, and gives Tin a miniscule nod. I don't have time to protest before the ramp slides open.

We step off the Leen into a balmy summer. I have a heartbeat to take it in — the wide open space dock, the soaring arches of the city, the pale violet sky, the exotic birds and colors, the distant palaces and the monstrosity that can only be the Capitol building, where the vast Senate sits and decides the fates of people across the galaxy.

Nazarea Andrews is an avid reader and tends to write the stories she wants to read. She loves chocolate and coffee almost as much as she loves books, but not quite as much as she loves her kids. She lives in south Georgia with her husband, daughters, and overgrown dog.

A story of heartbreak, loss, redemption and second chances:

Pocketful of Sand
by
M. Leighton

"She's beauty for my ashes. And I'm hope for her heartache." — Cole Danzer


I don't know what makes a great love story. Is it that instant attraction when boy meets girl? The passionate kisses and the fairy-tale ending? Or is it a lifetime of tragedy, paid in advance, for a few stolen moments of pure bliss? The pain and the suffering that, in the end, you can say are worth it for having found the missing piece of your soul?

Contains material that some may find disturbing. Not intended for readers under the age of 18.

New York Times and USA Today bestselling author M. Leighton is a native of Ohio. She relocated to the warmer climates of the South, where she can be near the water all summer and miss the snow all winter. Possessed of an overactive imagination from early in her childhood, Michelle finally found an acceptable outlet for her fantastical visions: literary fiction. Having written over a dozen novels, these days Michelle enjoys letting her mind wander to more romantic settings with sexy Southern guys, much like the one she married and the ones you’ll find in her latest books. When her thoughts aren't roaming in that direction, she'll be riding horses, swimming in ponds and experiencing life on a ranch, all without leaving the cozy comfort of her office. 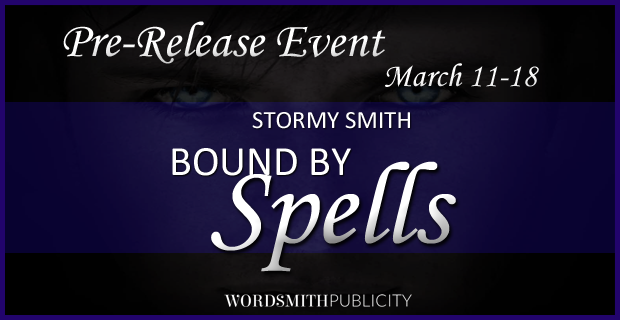 We're getting excited about the release of BOUND BY SPELLS by Stormy Smith!

Check out the teasers and giveaway below! Aidan Montgomery hadn't been prepared for Amelia Bradbury to walk in and then out of his life. He also hadn't expected to find the powerful magic hidden deep within him for the last nineteen years, but he's embracing it — finding more control and more answers every day. Now, with the help of Amelia's best friend, Bethany, Aidan is on a quest to understand his destiny and find Amelia.

Amelia decided to stand by her duty, which meant walking away from her first chance at love. Trapped in Cresthaven at the Queen's mercy, she spends her days with Micah — an ally she still holds at arm's length — struggling to manage her heartbreak while keeping her mind focused on the task at hand. As she continues to unlock the secrets of the Keeper power, Queen Julia's true motives reveal themselves, forcing Amelia to decide, yet again, how much she's willing to sacrifice.

Will Aidan get to Amelia before it's too late, or will the very power that sustains them keep them apart?


"Featuring a cast of mages and shapeshifters with unique magical abilities, one destiny-shaping prophecy, a genocidal megalomaniac, and a budding, heated romance (or two!), this book is paranormal gold! Read the first book in the series first, of course, but once you finish this one you're sure to be salivating for the next release in this not-to-be-missed romantic paranormal series." ~ Serena Chase, USA Today's Happy Ever After blog, author of The Ryn 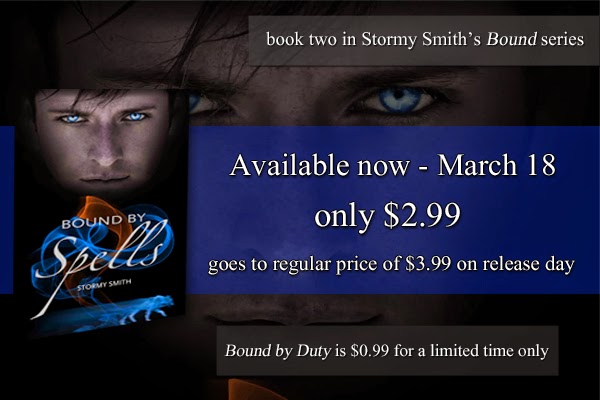 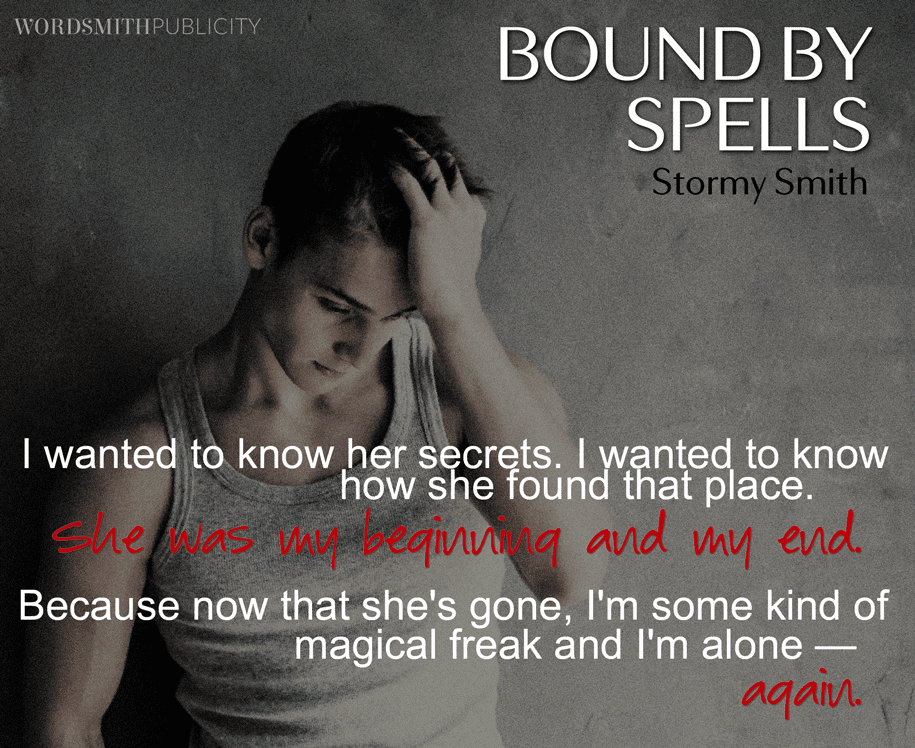 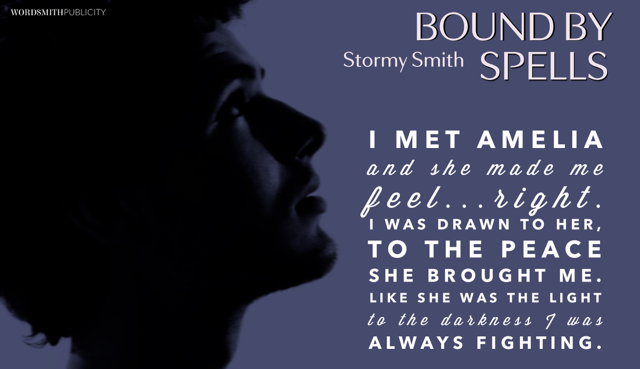 SEE STORMY AND HER FANS SHAKE IT OFF IN THIS FUN VIDEO! 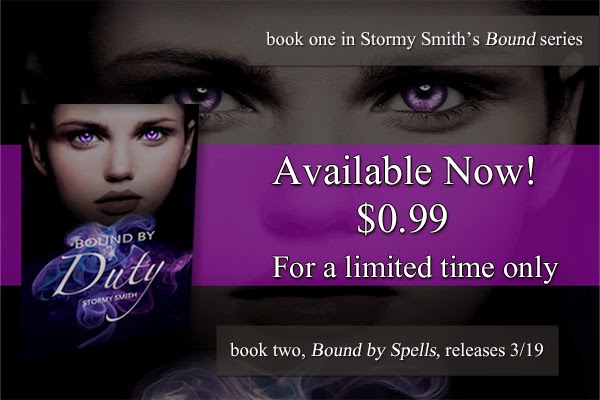 Stormy Smith calls Iowa's capital home now, but was raised in a tiny town in the Southeast corner of the state. She grew to love books honestly, having a mom that read voraciously and instilled that same love in her. She knew quickly that stories of fantasy were her favorite, and even as an adult gravitates toward paranormal stories in any form.

Writing a book had never been an aspiration, but suddenly the story was there and couldn't be stopped. When she isn't working on, or thinking about, her books, Stormy's favorite places include bar patios, live music shows, her yoga mat or anywhere she can relax with her husband or girlfriends.

♡ Hottie of The Day ♡ Clint Mauro