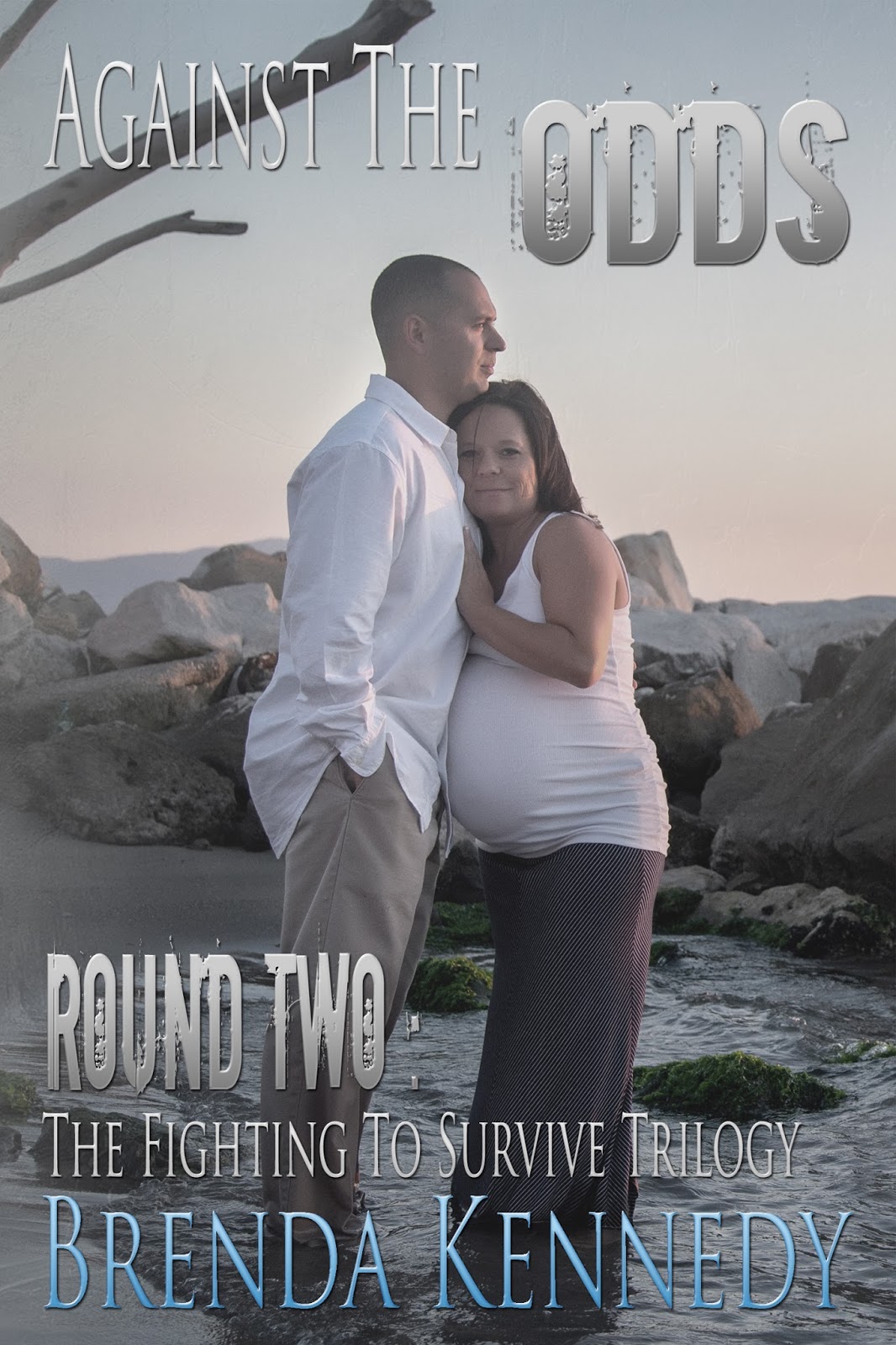 Robert and Leah Grether's life was turned upside down when they receive devastating news that their deceased daughter, Jamie, was switched at birth.

While trying to come to terms with this new reality, Leah goes into pre-term labor, jeopardizing the life of their unborn daughter.

Determined to have a normal life, Robert continues to train for the championship fight with Abel Kennedy, while fighting a custody battle over their biological daughter Madison.

When too many strange events occur, Robert realizes they are being stalked by Madison's father and Jamie's biological father, Drake Sinclair. Will Robert be able to protect their daughter and his wife from Drake? Will Leah be able to fight and stay strong for her family, or will the dark cloud of depression consume her?

✤ The Starting Over Trilogy ✤

First and foremost I am a wife, mother and grandmother.

I am also a nurse and a new author.

I moved to sunny Florida in 2006 and never looked back. I love fresh squeezed lemonade, crushed ice, teacups, wineglasses, non-franchise restaurants, ice cream cones, boating, picnics, cookouts, throwing parties, lace, white wine, mojitos, strawberry margaritas, white linen tablecloths, fresh flowers and Pinterest. I also love to read and write and to spend time with my family. My books thus far, have been inspired by the things I love and the people who influence me, every single day to be a better person. 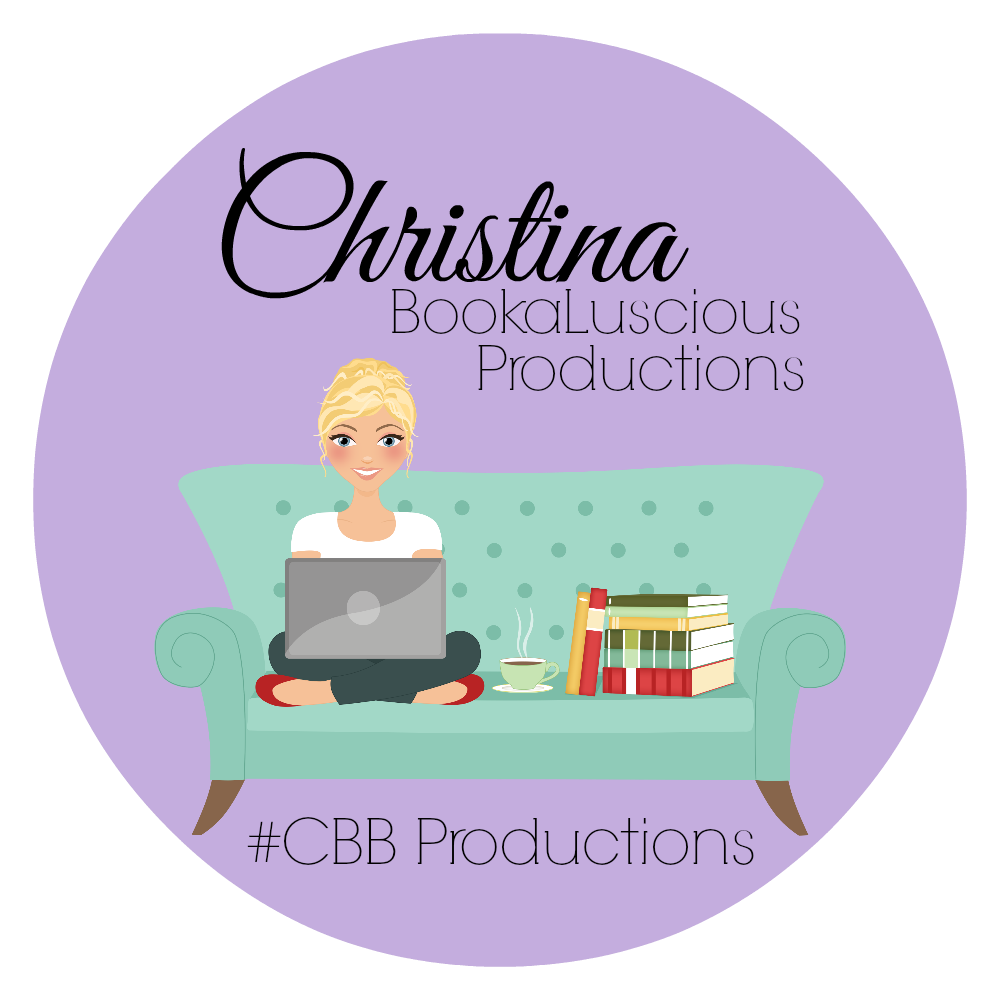 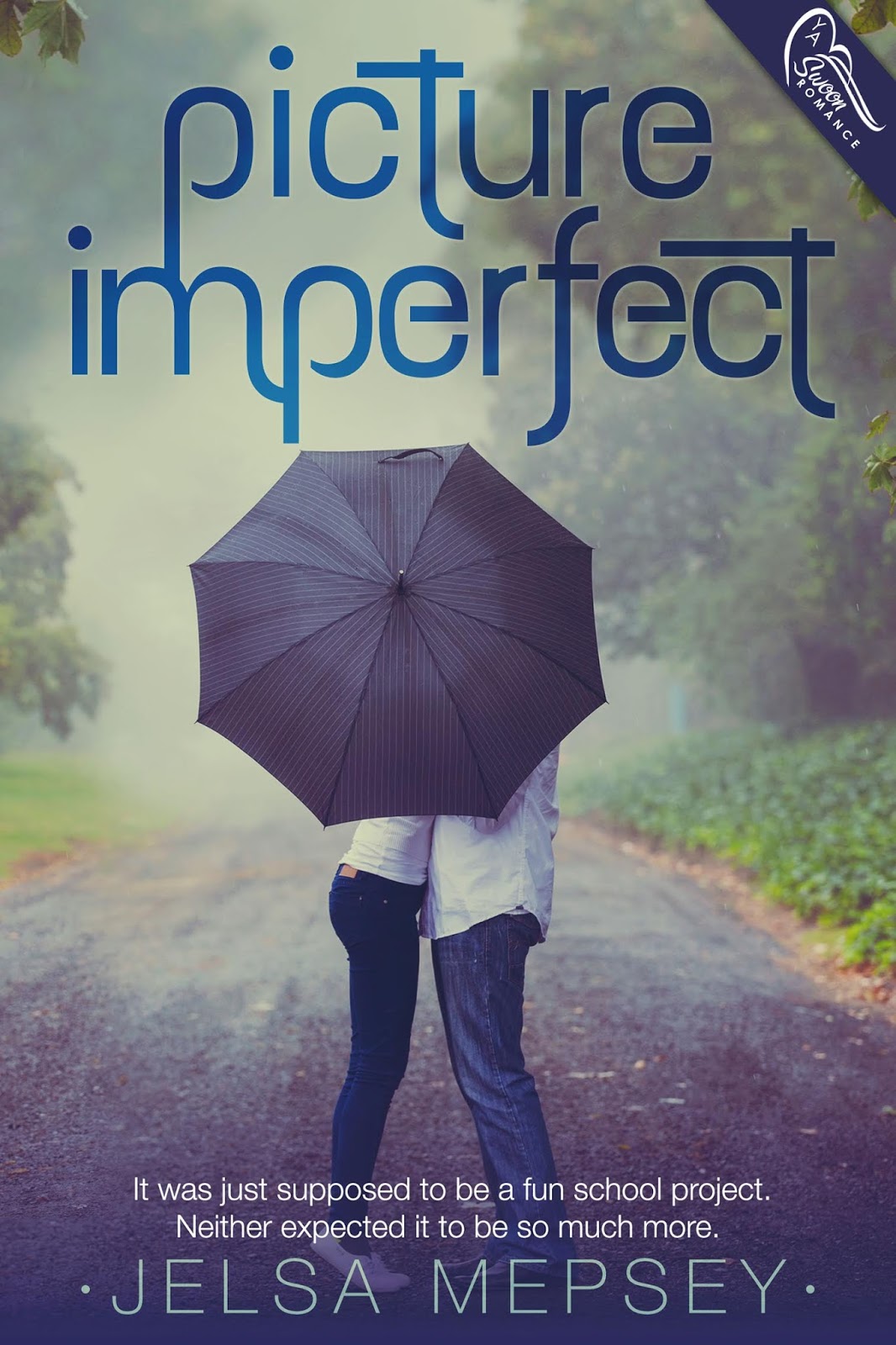 Sixteen-year-old Max Prescott knows all too well the joys of cheating girlfriends and traitorous friends. He's not eager to have his heart trampled again, but money and a fresh start can mean the difference between happiness and a dark path with his name on it.

So when Melly Hewson, a perky and enigmatic classmate, asks him to be her model for a year-long photography project, Max agrees. Melly Hewson is everything Max isn't. She's outgoing, witty and always knows the right words to say. And despite his best efforts, Max finds himself drawn to her.

Still, he isn't stupid. He knows a girl like Melly will only use him and then never speak to him again. Besides, he's been to that rodeo. As long as he keeps his feelings off the market, he won't make the same mistakes as last time.

Yet underneath Melly's sweet smiles lies a secret she'd rather kept hidden. And as the year goes on and the photos pile up, Max and Melly will find themselves developing through the negatives, a story that when told could push them to opposite ends of their world. But the only thing worst than the truth is, the facade that surrounds them. 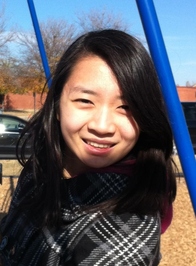 Jelsa Mepsey writes young adult contemporary romance fiction, drawing inspiration from daily life. With her work, she is dedicated to spurring people to think about what they have taken for granted and to shed light on the issues people avoid talking about. As an Asian-American in her 20s, she is excited to explore more of the human experience as she herself journeys through life. Writing, rock climbing 5.12 routes, and playing various instruments have resulted in the formation of many calluses on her hands over the years. When not engaging in her previously mentioned hobbies, Jelsa can be found at her local library with a stack of at least ten books, naming her various pens, or staring at her dog Waffles for inspiration.

It's release day for Bane by Kristin Mayer!

We are so excited about this release!

Kristin is sharing teasers and an awesome giveaway!

Be sure to check it all out!!

A fire burns.
It consumes.
It's uncontrollable.
It's irrational.

Rage can become just like a fire, clearing all in its path, killing anything that gets in its way. That's what happens to a man when the woman he desires is put in harm's way.

He doesn't care what happens to him. He protects what is his. He doesn't apologize for what he has to do. He strikes without hesitation.

He is Bane... and he will protect her. 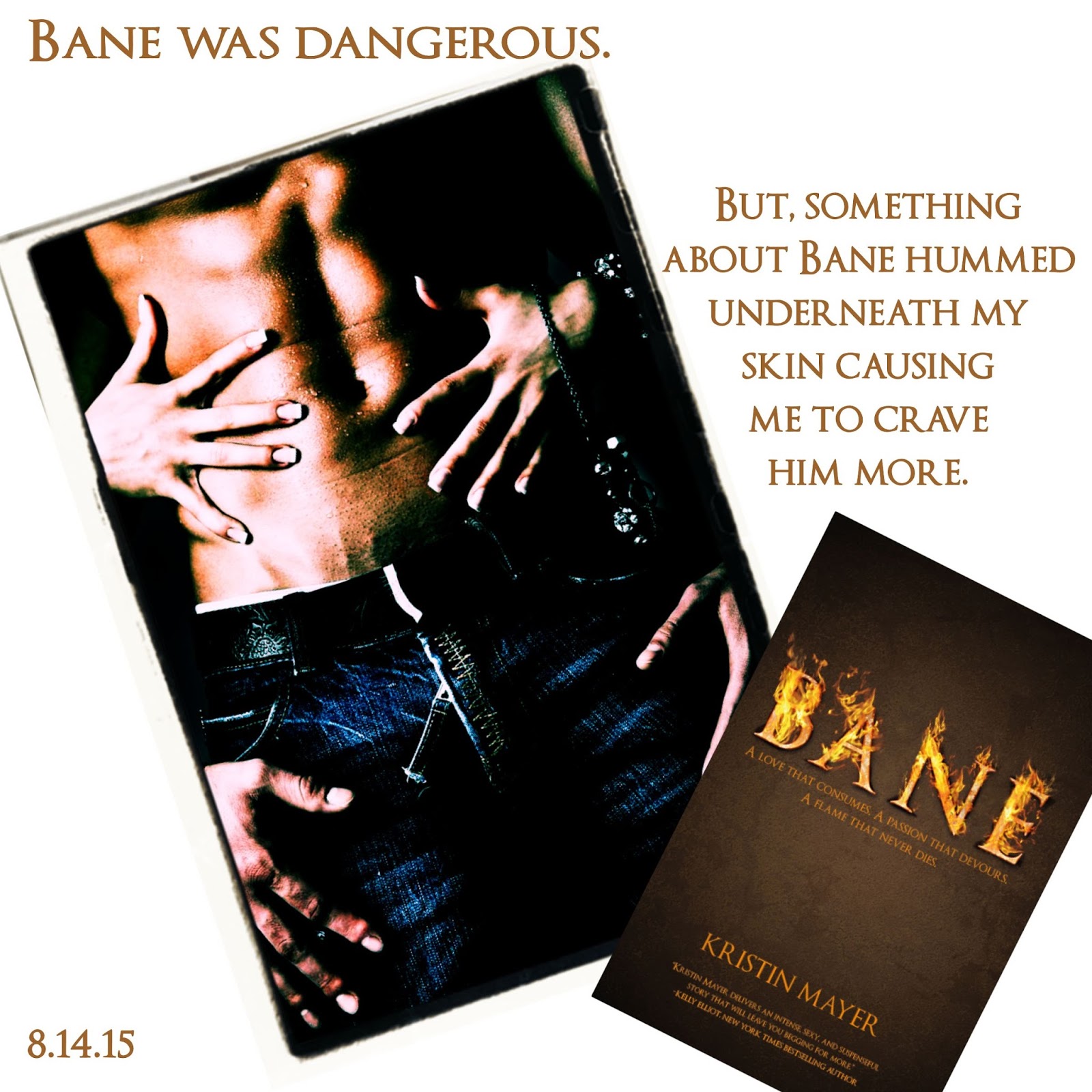 I was done. Finished. Out.

For the past seven years, I belonged to a division of the government that wasn't on the books. I operated alone. There was a mission: I either failed or succeeded. If I failed, that meant I was dead.

After all the shit I'd seen, done, caused — I survived. It was a fucking miracle.

The plane wheels screeched as I touched down in Alaska. Finally, I was where I wanted to be.

At times, I wasn't sure I knew who I was anymore. My identity was erased from the system long ago. For the last three months, I'd been working on getting released from the program. It was a slow process with how deep I was in with Black Division.

Those suits knew I wouldn't share anything I'd done. Hell, half the time I wanted to forget. After three months of debriefing, the government let me out. Of course, there was an underlying threat.

If we so much as suspect you've betrayed this country, consider yourself dead, Mr. Bradley.

Yeah, nothing else was new. I wasn't an idiot. I knew I'd be monitored for years to come, but they wouldn't find anything.

Kristin Mayer is a wife, a proud mother, and a full-time Analyst and Import Manager. Since an early age, she has always enjoyed reading and writing. While visiting her father one weekend, he suggested that she should take up writing again. With family and a career, she didn't give it a lot of thought, until a story entered her mind and wouldn't leave. It just kept forming and developing over a couple of months.

At the beginning of 2013, she decided to sit down and write it all down, but she kept it to herself. One sentence developed into two, and before she knew it, she had the makings of a novel.

Kristin tries to live life to the fullest during every moment. She loves to travel and meet new people. She holds a degree in International Business and uses it daily in her job. Kristin now adds "author" on her list of jobs, and feels very blessed and thankful. 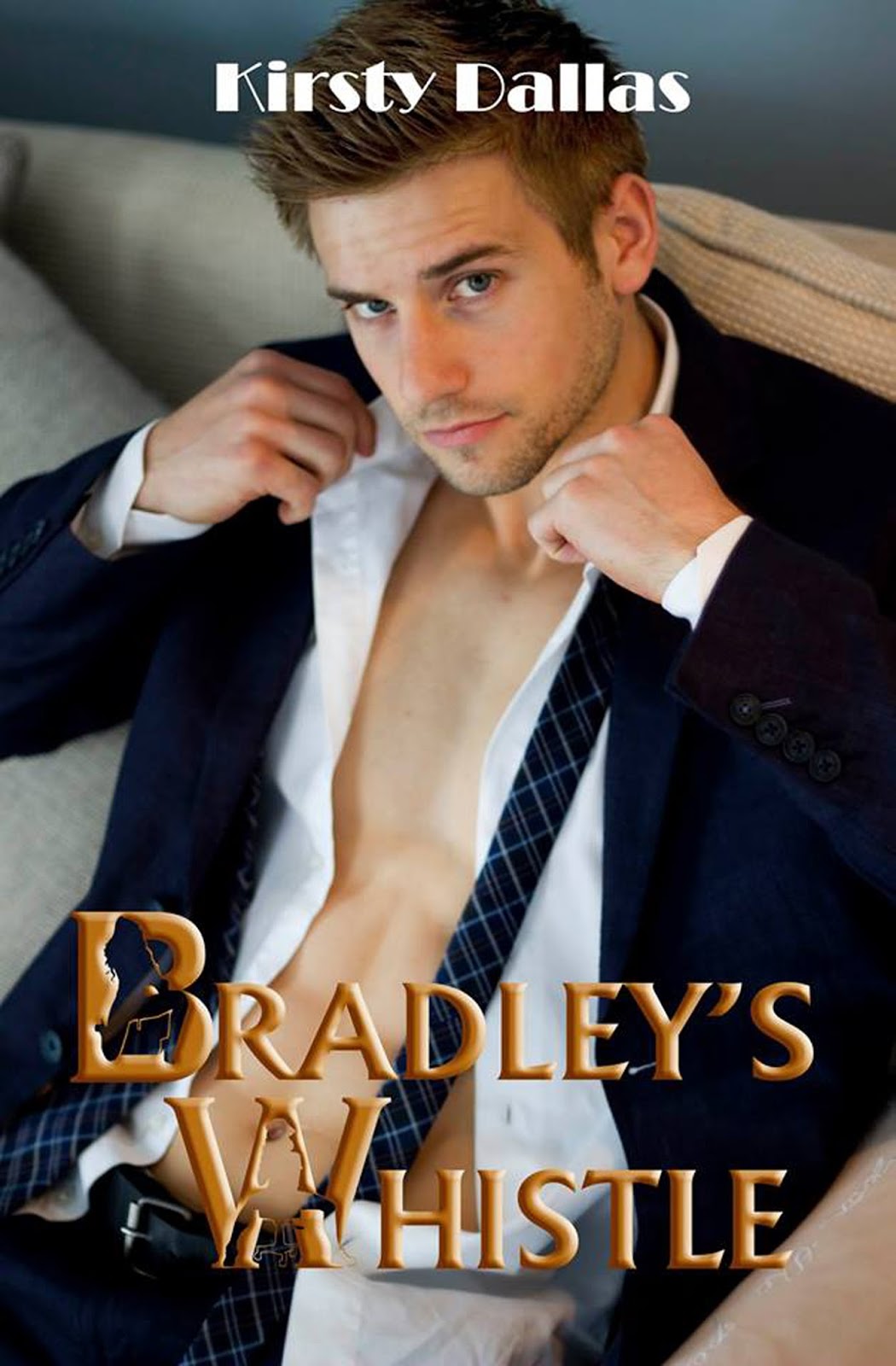 Was he a hitman? A Navy Seal? Gigolo? I had no idea what Bradley Emerson did for a living. I'd figure it out though, secrets didn’t sit well with me and I loved a challenge. ~ Wiska

I wanted her. I didn't want to want her, but the brain in my head was no longer in control of this vessel. Wanting her went against my rules, but apparently my male member was a rule breaker. ~ Bradley 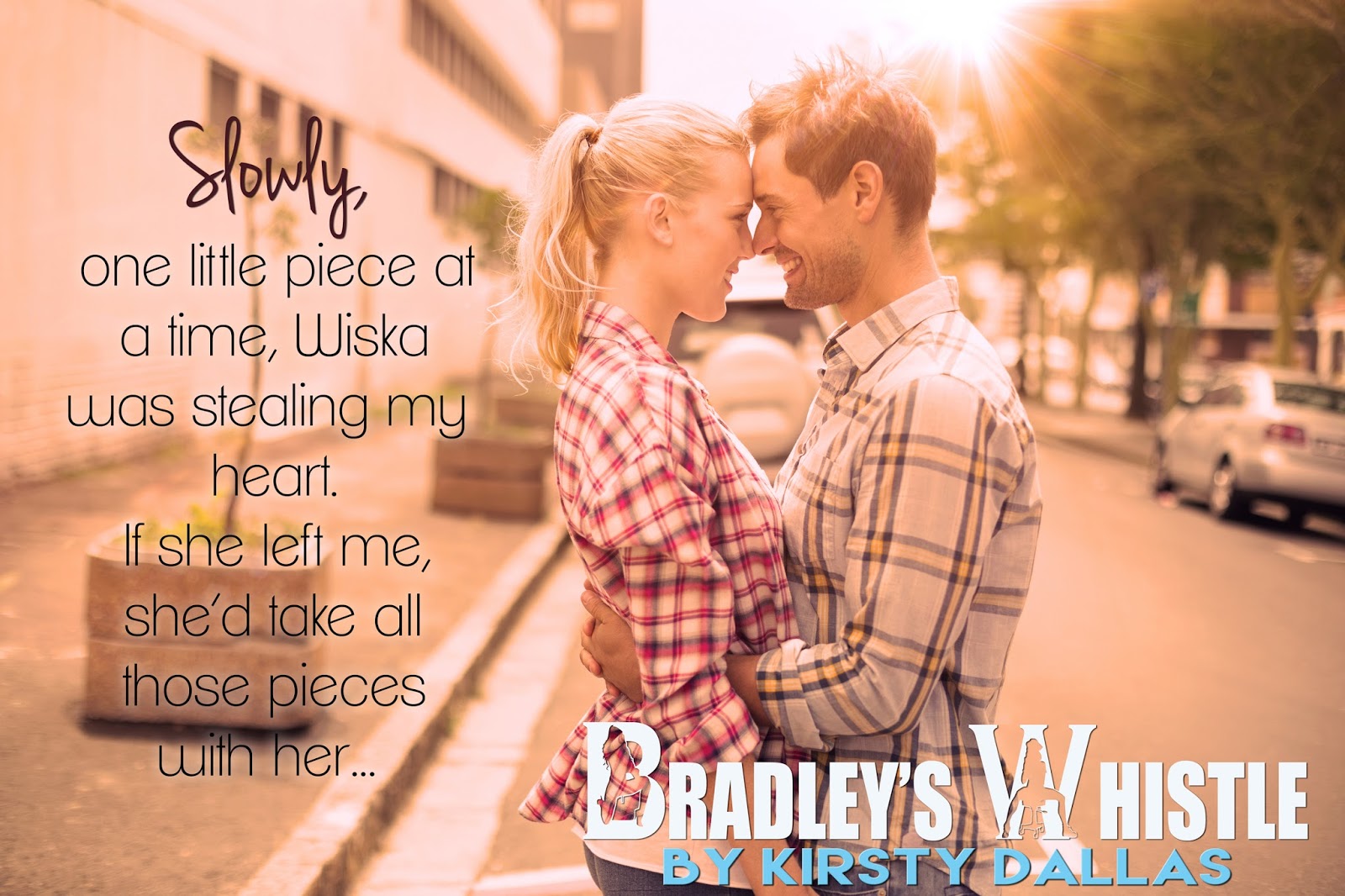 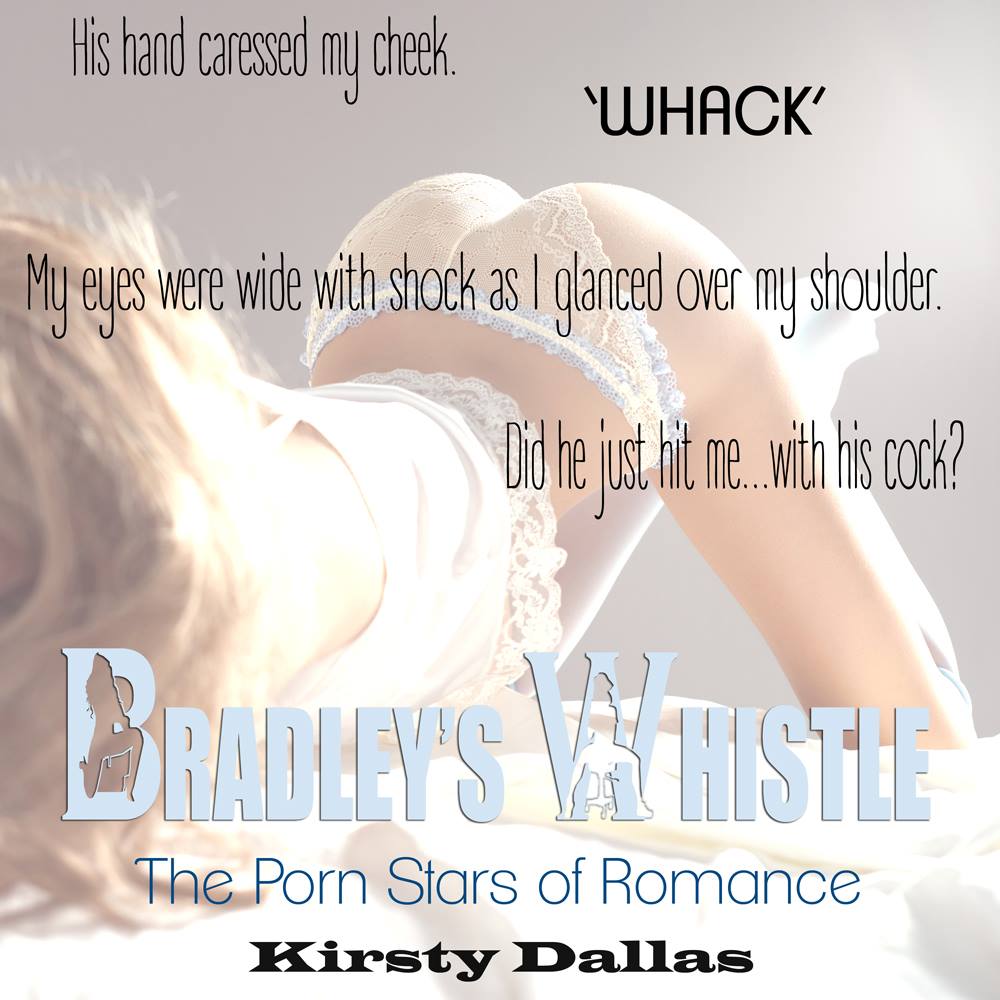 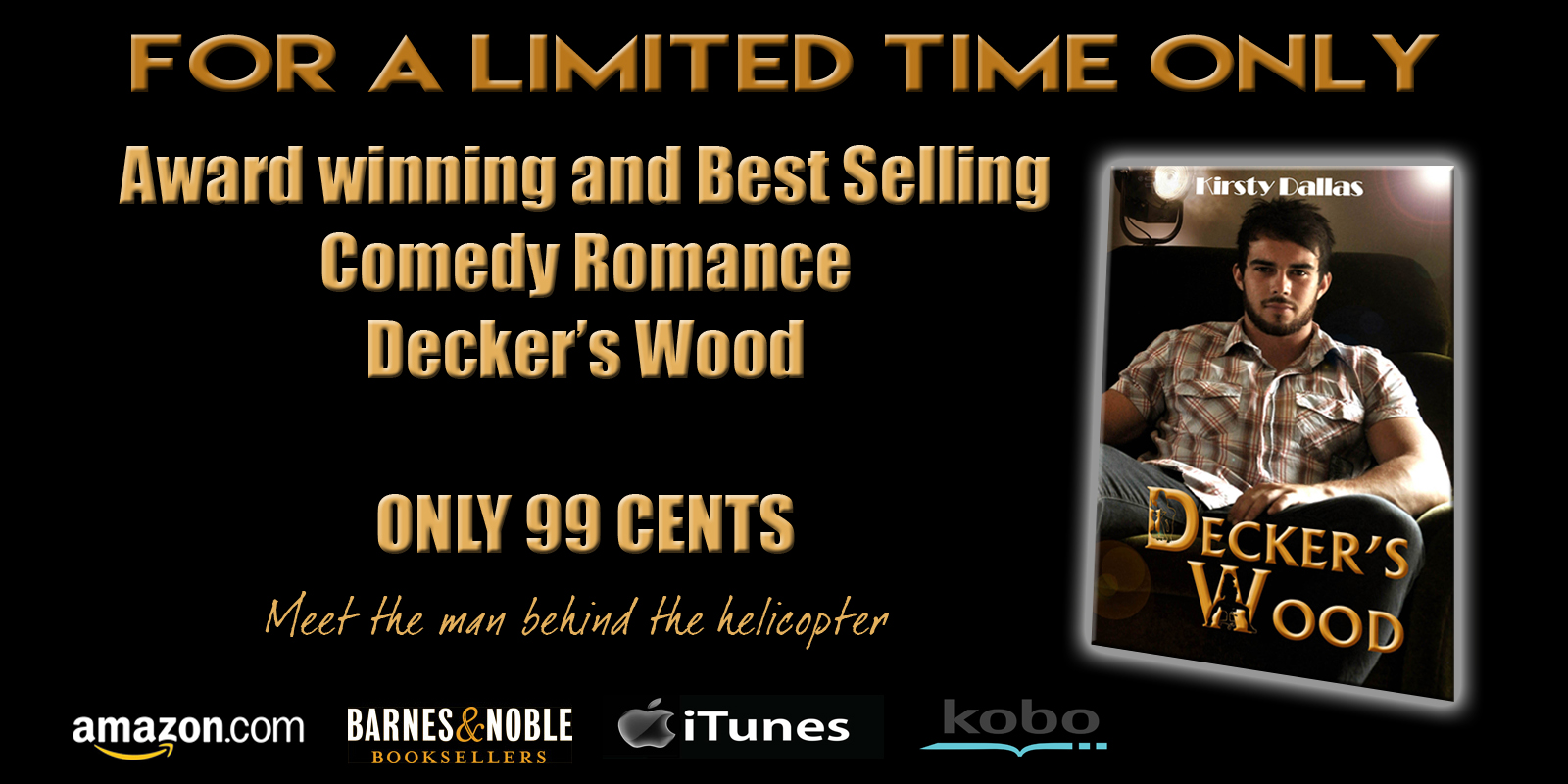 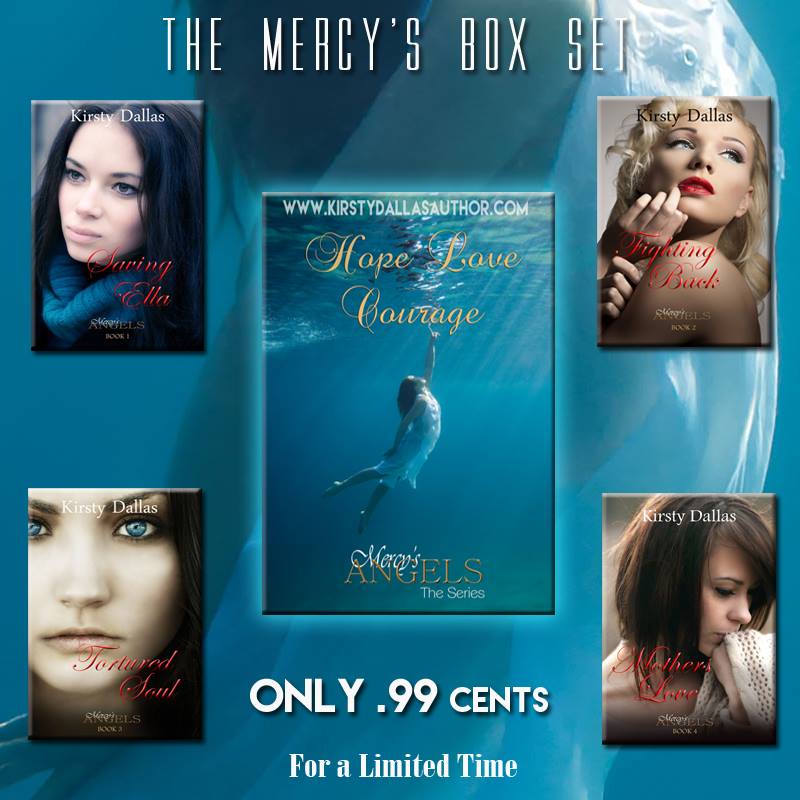 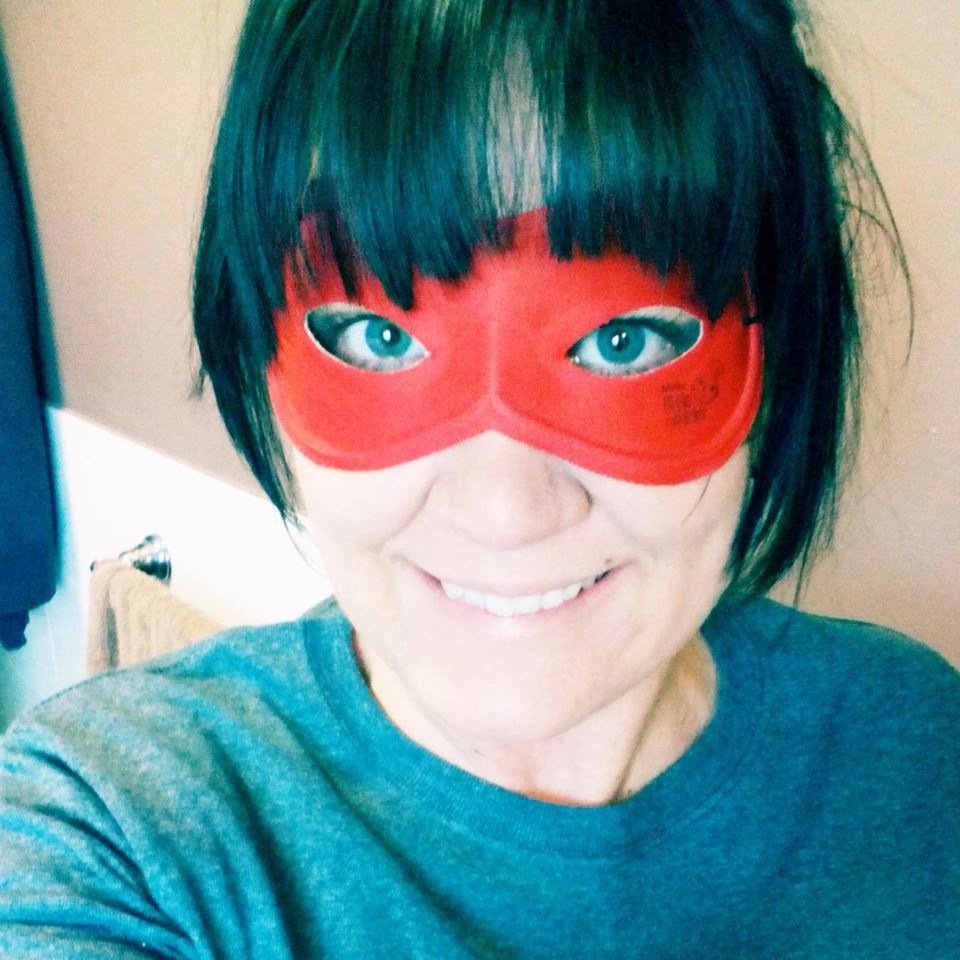 I grew up on the beaches of North Queensland, Australia before migrating south to the iconic Gold Coast in 1995. I traded the surf and my bikini for pajama's and a computer when I embarked on writing professionally in 2012.

I write first and foremost for myself. I write characters and ideas that come from my heart, then take shape and evolve into entire landscapes in my mind.

I am fascinated with most creative outlets - photography, art, music, you name it, I love it. I don't take life too seriously and I love to hear from fans and other like-minded, creative people. So drop me a line or come hang out on Facey or over at the Twitter-verse!

♡ Hottie of The Day ♡ Matt Bomer