Not Enough
by
Mia Hoddell 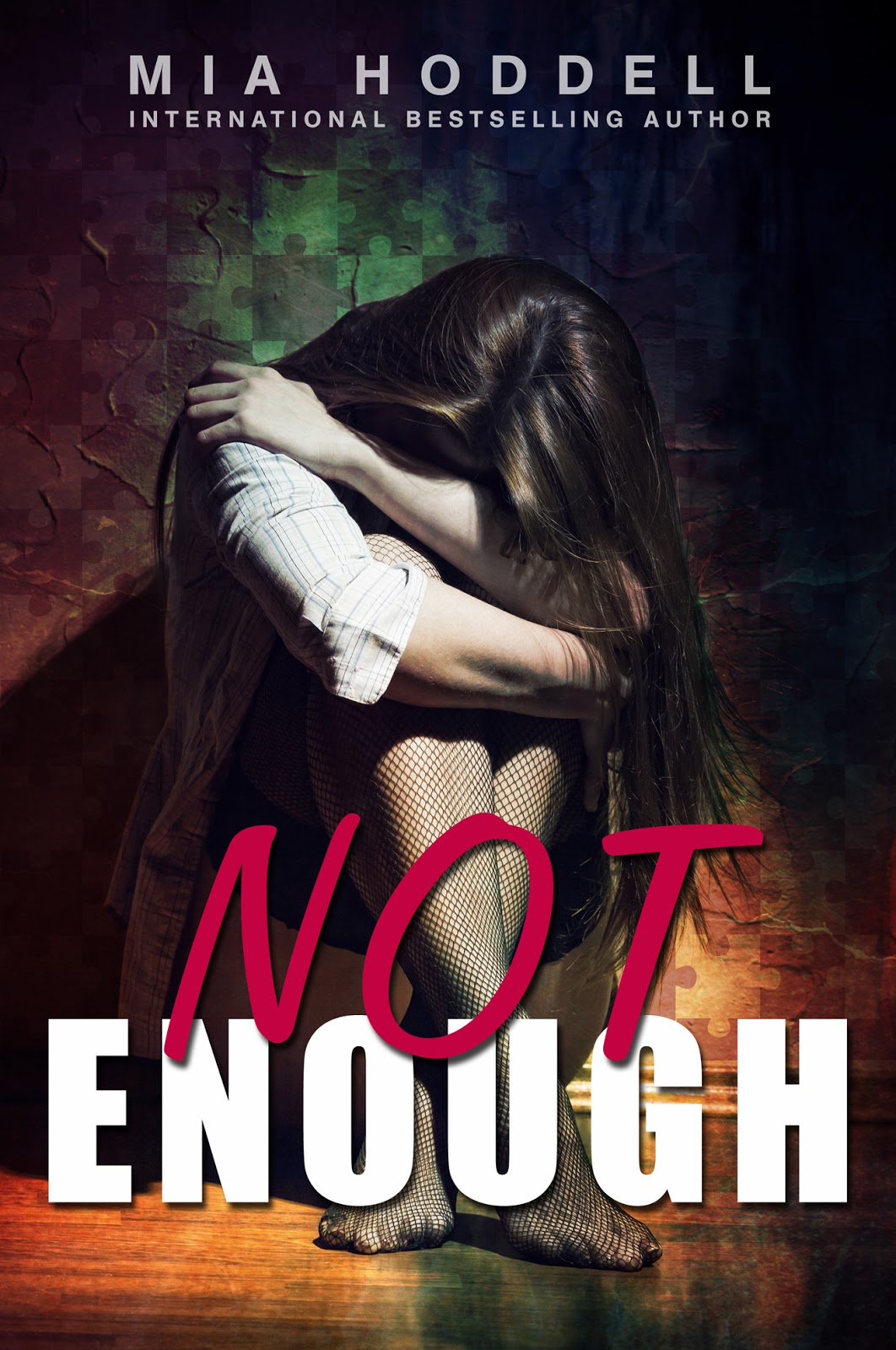 Neve Colvin isn't good enough. As an introvert, her life is a never-ending list of labels and criticism. Pressures to change come from everyone — including the one person she thought would love her unconditionally... her mother. All Neve wants is acceptance, but surrounded by extroverts it's a wish that’s nearly impossible to fulfil.

For Neve there's only one solution: anyone disapproving must go. Even if it means only one person will remain.

That person is her lifelong friend Blake Reynolds. He's seen the fights with her mum, the breakdowns caused by attacks on her personality, and the battles for acceptance. Each time she is left shattered and questioning who she is, he's the one to collect the pieces of her broken heart. Shielding her from the cruelty is his only concern. But how can he protect her when Neve is concealing a secret so dark?

Blake thinks he knows everything about her, and with their relationship developing, he assumes Neve trusts him fully. However, there is one memory Neve is too ashamed of to share. Revealing it will test Blake's loyalty beyond what she could ever ask, and Blake is the only friend she can't afford to lose. He's the one person capable of dragging her from the darkness plaguing her, but with pressures to conform increasing, even Blake may not be enough to pull her back this time. 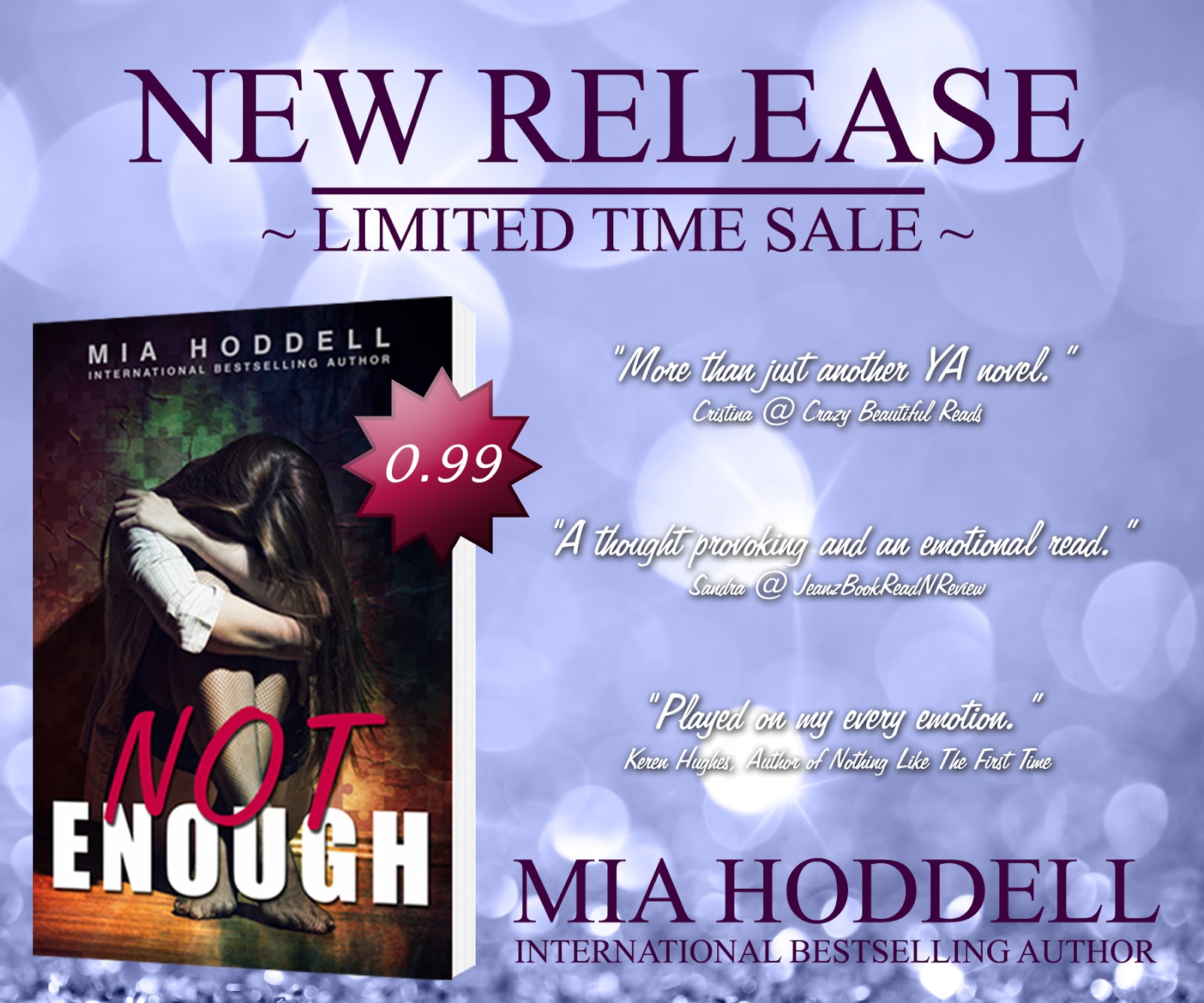 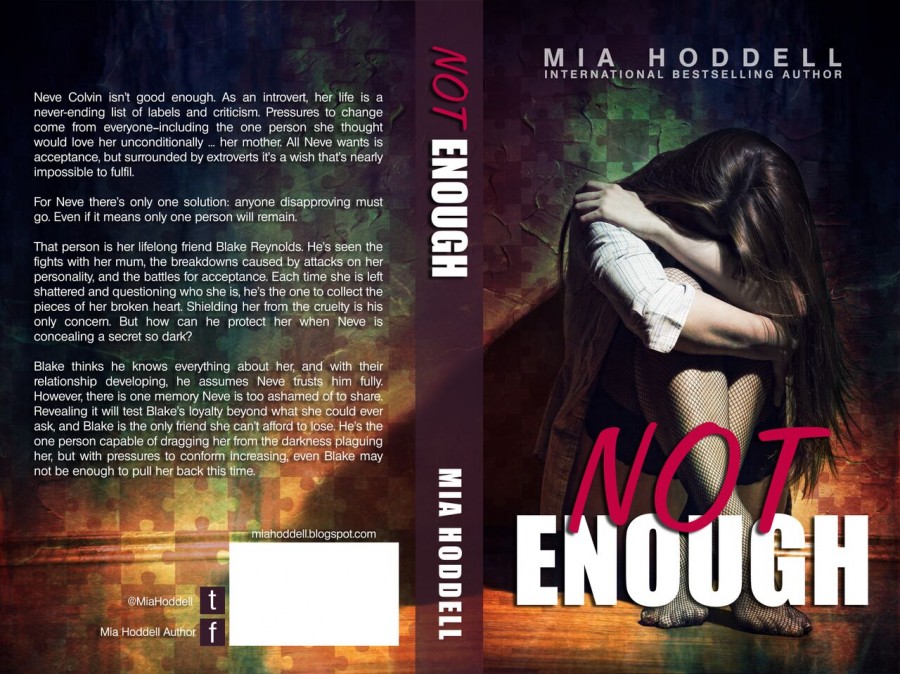 ✿ What reviewers are saying ✿

"From the dedication at the beginning up to the end this was both a thought provoking and an emotional read for me and I loved it!" - Sandra @ JeanzBookReadNReview

"This story tugged at my heartstrings, played on my every emotion. It was a beautifully written story of how an introverted young girl blossoms into a beautiful young woman." - Keren Hughes, Author of Nothing Like The First Time

"A heartbreaking read that sometimes had me close to tears." - Susan @ Ladies Living in Bookland

"Heartbreaking. Powerful. Real ... I literally lived the pages, not read them ... It's so well and beautifully written, it is more than just another YA novel." - Cristina @ Crazy Beautiful

"You're not broken, Neve." I lower my head at his words, but his finger pulls my gaze back to his. "You're not."

"Whatever, try telling that to everyone else."

"F*** their opinions, Neve. You're. Not. Broken. You're not deficient or not good enough. You're stronger than you believe. So what if you're quieter than the rest of the people you've mixed with. That doesn't make you any less funny, quick witted, clever, beautiful, or a great friend to be around. You've been given a hard time, but you're still here fighting, and I'll always be there beside you."

I tense at his words, at how far from the truth they are. "I haven't always. There have been times where fighting was the furthest thing from my mind." If only he knew how far I'd taken things, he wouldn't be sitting here complimenting me.

"Don't be daft, of course you are. You're here, aren't you? And you just pledged your undying love to me."

"I did no—" I stop talking abruptly when I glance up and catch his teasing grin. "You're annoying."

"It got a smile out of you though."

I bob my head gently in agreement, thankful that the change of subject stopped me revealing the one and only thing Blake doesn't know.

#1 Amazon bestselling author Mia Hoddell lives in the UK with her family and two cats. She spends most of her time writing or reading, loves anything romantic, and has an overactive imagination that keeps her up until the early hours of the morning.

Mia has written over ten titles including her Seasons of Change series, the Chequered Flag series, the Elemental Killers series, and her standalone novels False Finder and Not Enough.

Her favourite genres are contemporary romance or romantic suspense, and with an ever growing list of ideas she is trying to keep up with the speed at which her imagination generates them. She also designs book covers on her website M Designs.

♡ Hottie of The Day ♡ Nyle DiMarco