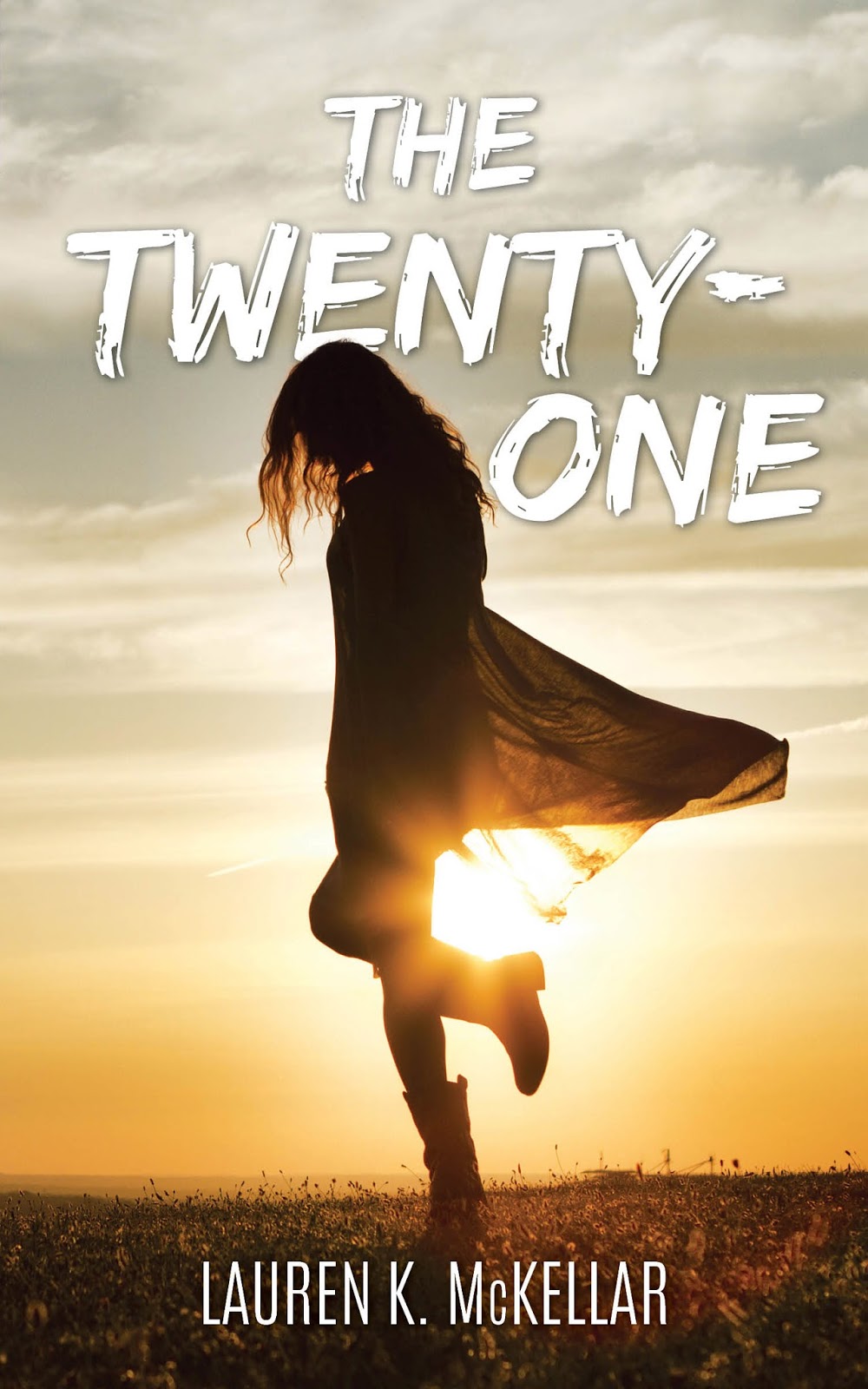 I look both ways before I cross the road. I knot my laces twice. Boring? Sure. But it’s also settled. Stable. Safe.

Because broken bones may be hard to heal, but broken hearts are even harder. And when the man I loved and lost comes charging back into my life, I won't fall for his charms again... will I?

Joel Henley just might be my biggest risk yet.

My name is Ellie Mayfield. And this is my undoing. 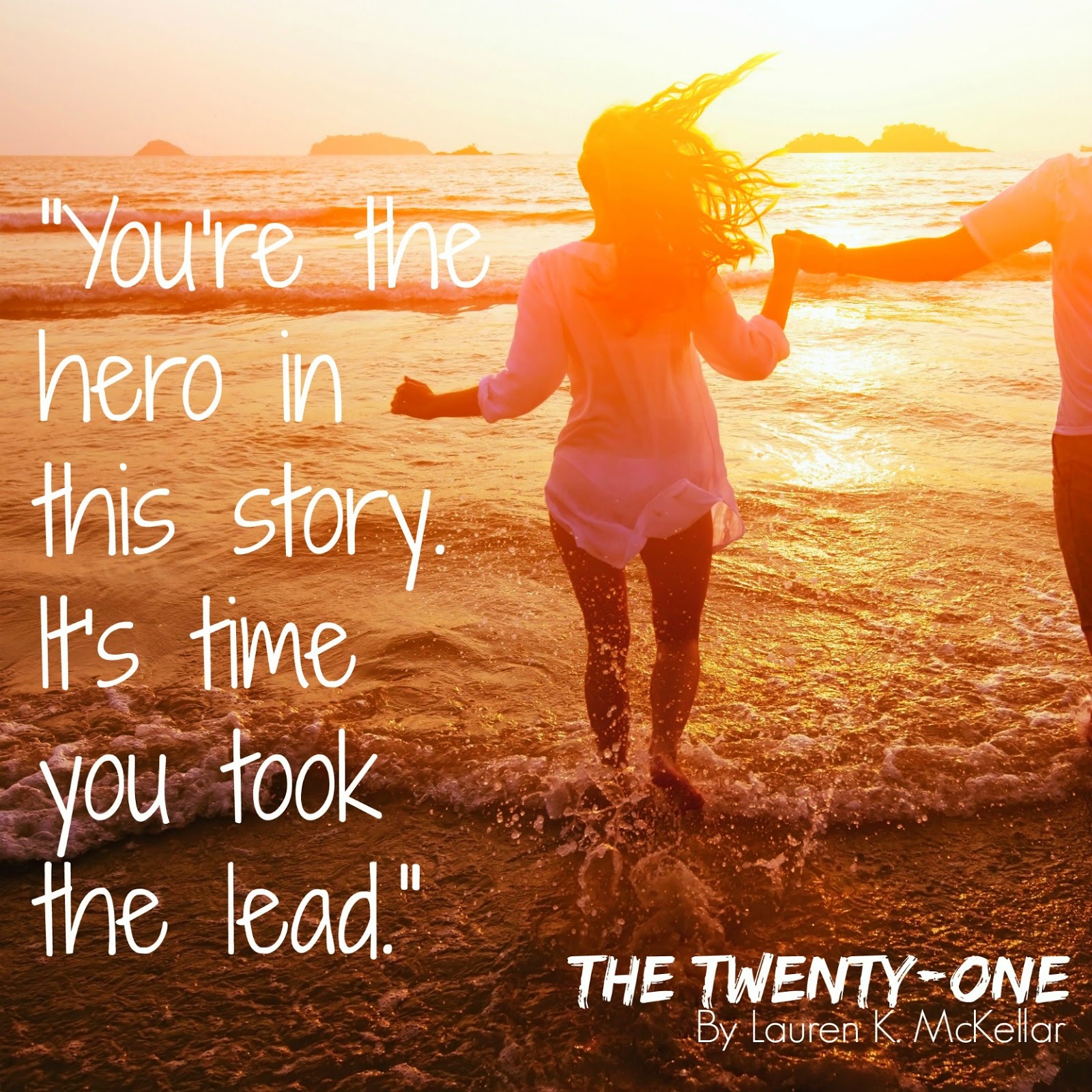 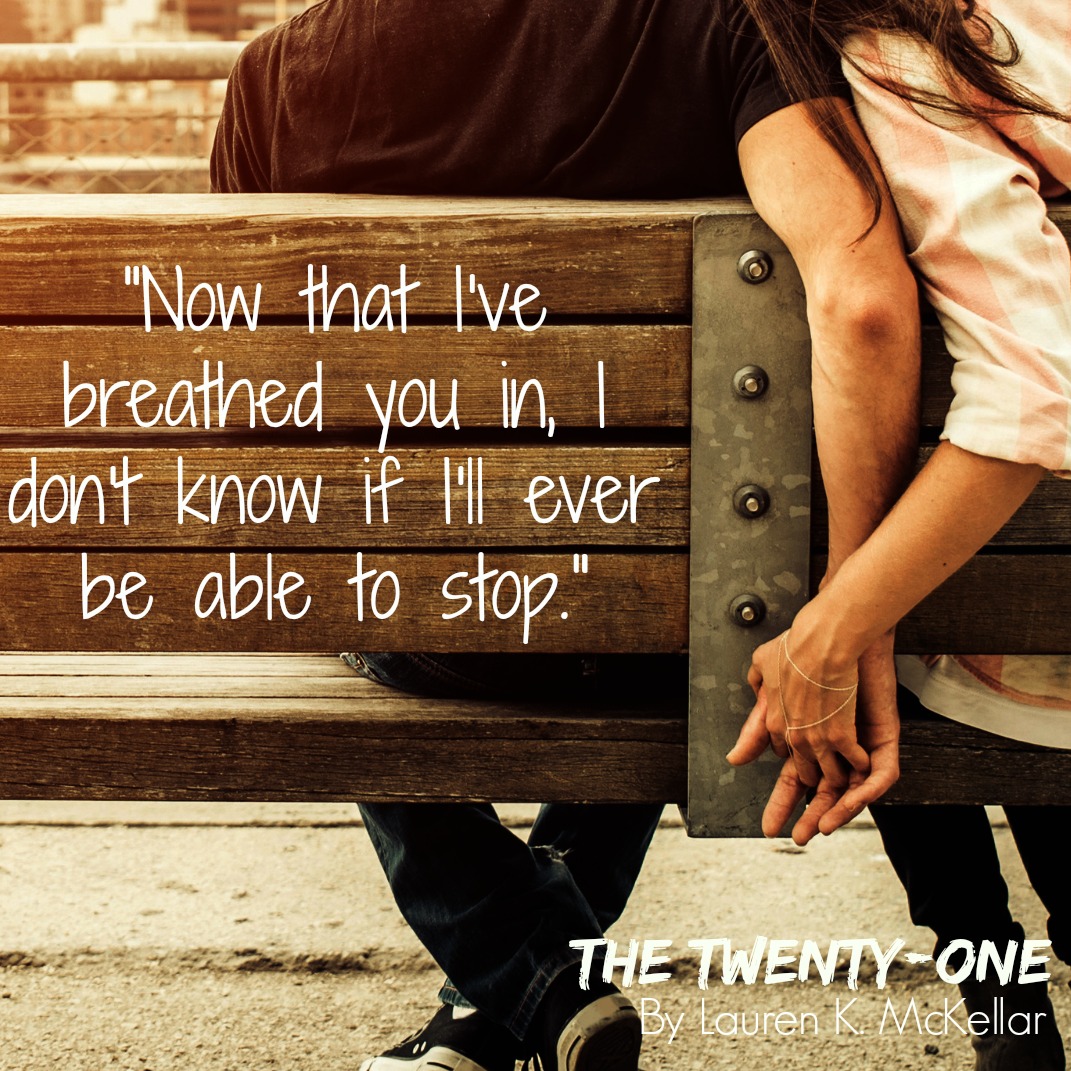 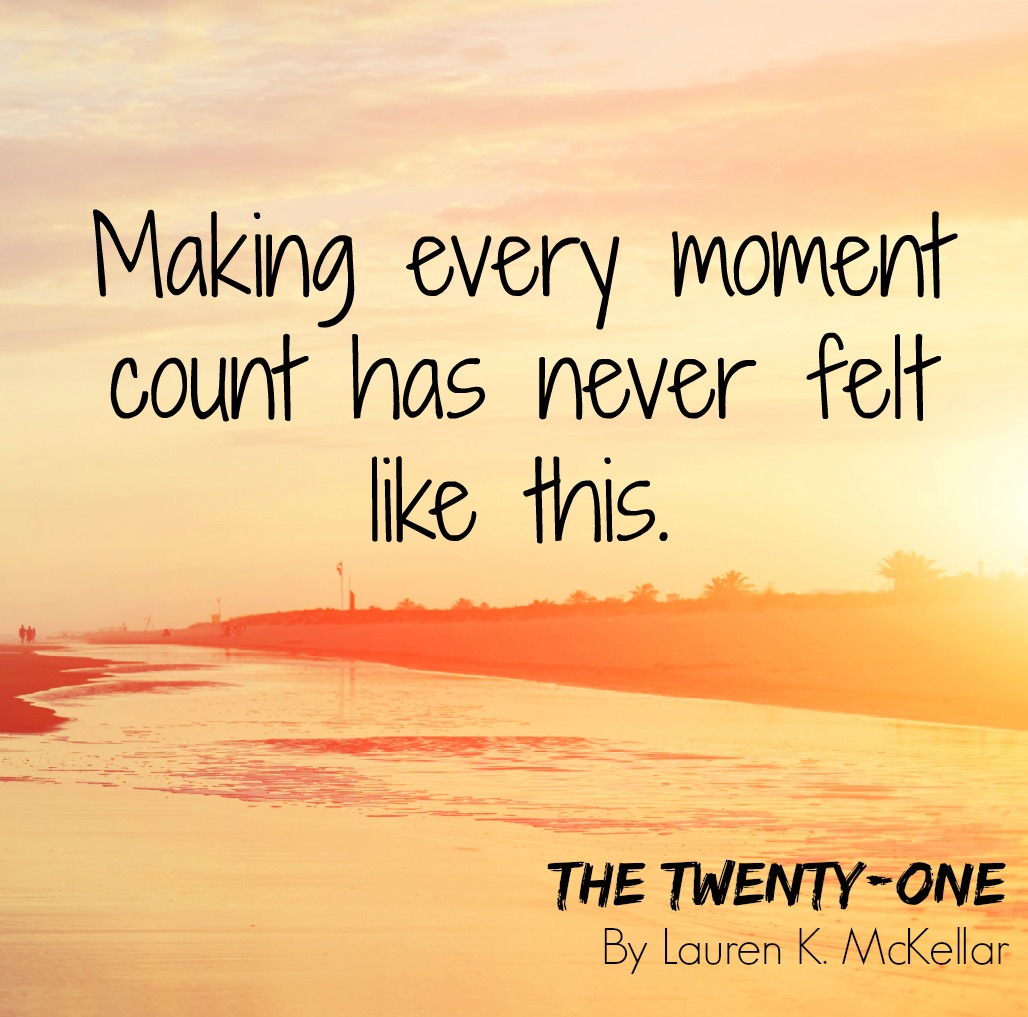 There's something so freeing about this moment — something so dangerously safe, yet all-consuming. Going fast takes the breath from my chest.

It's a feeling I've run from, but damn — it's so addictively good.

We come to a stop four laps later, and as the car softens its roar to a throaty hum, my breath finally slows, my chest rising and falling at a speed of normalcy. Joel reefs the helmet from his head and turns to me, his face alive with excitement. "Holy shit, El."

I laugh, and it's so freeing. So liberating. I undo my own helmet and rest it in my lap. "That was... wow."

"Right?" He laughs again, and then reaches across the console to take my hand with his warm one.

"I liked it way more than I thought I would," I admit, and this time his fingers squeeze mine.

"What were you so afraid of, Ellie?" Joel asks.

You, I want to say. I'm afraid of you breaking my heart again.

I pause, my eyes on the road we’re hurtling down with no brakes. "Life. Death." Then, after a moment... "Falling."

He reaches over and tucks a strand of hair behind my ear.

"I'll promise to be here to hold you, Ellie." His words send a shiver down my spine. "I'll catch you when you fall."

How To Save A Life
Emerald Cove #1 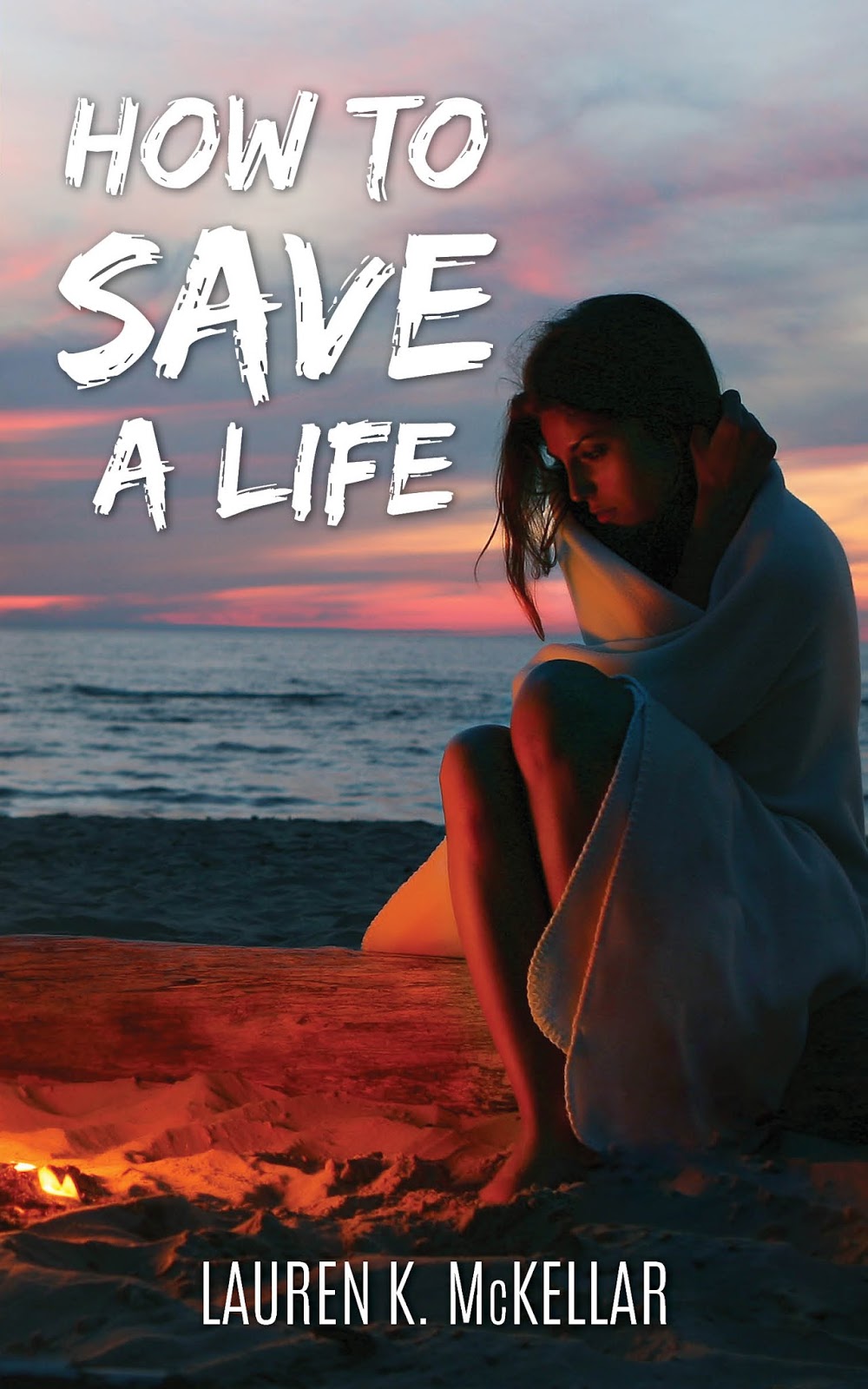 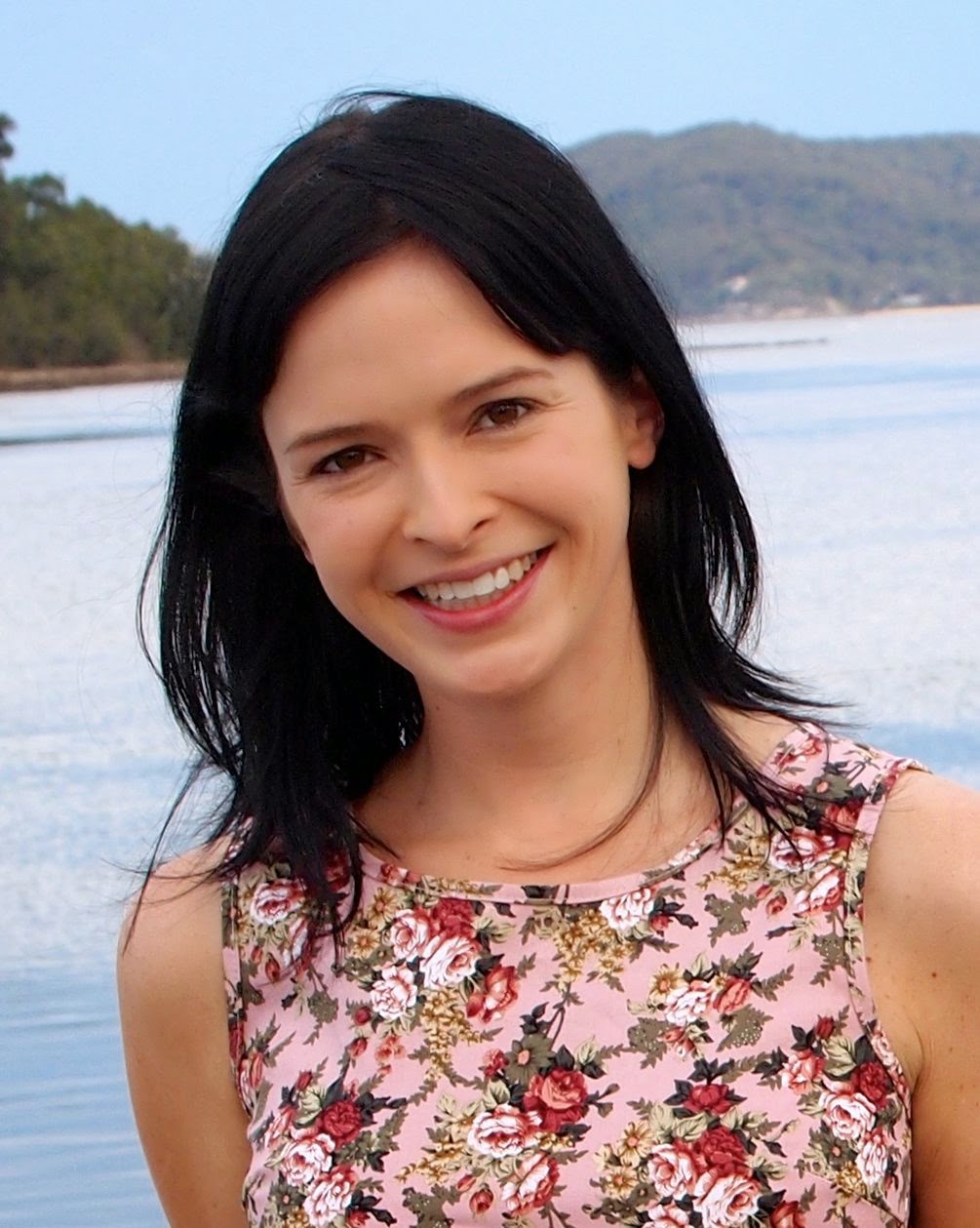 Lauren K. McKellar is the author of romance reads that make you feel. She lives by the beach in Australia with her husband and their two dogs. Most of the time, all three of them are well behaved.

Out of Chances
Face the Music #4
by
Shona Husk

Shona Husk's sexy new adult series about emerging rock band Selling the Sun concludes this month with a story about a woman who doesn’t want to connect, a man who’s forgotten how and the friendships that save our lives.

Dan Clarke knows he doesn't have a problem, regardless of whatever his band members, his friends, his family and everyone else thinks. Drinking isn't keeping him from doing what needs to be done, and it helps keep the anger and pain of his ex-girlfriend's betrayal at bay. If only she would stay away as well, but, since the band's return to Fremantle, she's everywhere - on the phone, in his apartment, at his parents' house - begging for another chance, reminding him of how good they had been together, holding him hostage to the past. It's no wonder he needs a beer now and again.

Indigo Matthews is all about control: she trains hard, she works hard and she plays hard. Men are for fun, not forever, and she will never end up like her mother, trapped and miserable. A huge Selling the Sun fan, Indigo knows when Dan wanders into her bar that he is a conquest that she has to make. But their connection is stronger than just sex, and regardless of her credo Indigo finds herself going back for more. Then truths about Dan's life start to emerge, and Indigo finds herself in the one position she swore she'd never find herself.

A DUI, a drunk one night stand and an ultimatum from the band bring Dan's life to a halt. Picking up the pieces is something he can't do alone, and there's only one person that he trusts to give a damn. The one person that he hurt the most. Indigo.

As she knelt over Dan and took the mouthful of ice-cream he offered her. The gesture was so simple, the look on his face so tender that she accidentally melted a little inside. She liked him. Really liked him in the way she’d managed to not like any guy.

He loved what he did and was fun to be around. He showed what it was like to be someone instead of no one. He made her feel like someone.

It was one thing to think a guy was worth getting her panties off for, but another to want to see him again and again. She was beginning to enjoy seeing Dan entirely too much.

Which was a dangerous thing to do. The next thing she knew she'd be needing him and one day she'd wake up alone and crushed. The future of their dating life and his rising celebrity status flicked through her mind. This wasn't going to end well. She should walk away now.

"What are we doing?" Her words were soft, as though she was worried about breaking the moment.

He glanced up, the spoon almost to his lips. "Eating ice-cream? Am I doing it wrong?"

She shook her head. No, he was doing everything right. They were supposed to have sex once and never see each other again. She was supposed to have a shiny memory and a warm glow when she heard his music or saw him on stage. Now she wasn't so sure.

He wasn't just the bass player anymore. He was a real guy who didn't shave every day, or dress up when she was coming over. He hadn't made a single comment about what she was wearing. He'd seen her all dressed up and now like this with no make-up on and her hair in a knot.

They were entirely too comfortable with each other.

"It's just weird for me. Is it weird for you?" She was boring Indigo from Kal, and he was Dan from Selling the Sun. This wasn't supposed to happen. She was going to wake up and it was all going to be a dream. Or it was real life and it was going to turn into a nightmare.

"Why would this be weird?" Now he was frowning. "Eat more ice-cream." He offered her the loaded spoon, it seemed more salted caramel sauce than ice-cream.

She hesitated then ate. Maybe she was making it weird and reading too much into what was going on. He was enjoying being single and free, even if he was only being free with her. It was nice to know that he wasn't sleeping with every fan who offered herself to him.

Have fun while it lasts and quit analysing it.

Or get up and walk away and never come back.

They were her only two options. But when she looked at him she knew she couldn't walk away; she was having fun with him. She leaned closer and kissed him. His lips were cold and sweet, but his mouth was hot.

"I can't stay for too long, my sister thinks I ducked out for ice-cream." She wanted to stay all night. Her sister wouldn't miss her.

"Keeping me a secret?"

There was nothing to keep secret. "She doesn't need to know about every guy I see."

There was a flicker of something in his eyes. He put the ice-cream to the side and ran his hands up her thighs.

"Well then, I wouldn't want you to be late home." He sounded disappointed that she wouldn't be staying the night.

Is that where they were at? Sleeping over? Well, he had already spent the night at her place. She couldn't hang around until he got bored or someone else more exciting caught his eye. This wasn't a relationship, but she could easily see how it could accidentally become one. She needed to regain control of what was happening. Not staying over was a good thing.

It didn't feel like a good thing. And while he kissed her and undressed her, she could feel a distance that hadn't been there before. She didn't like it. The fun had been destroyed by a few careless words.

The making of the Face the Music series

The Face the Music series started with a realization back in 2013. As much as I loved reading rock star romance it was guys having all the fun and they were already successful millionaires. I wanted to read something different. So I set out to write it.

As a just-for-me project I wrote Out of Rhythm about a woman in an up and coming Australian band. The three other guys in the band made an appearance and I knew all about their lives but I wasn't planning on writing their stories. At the time I didn't even plan on submitting the novella (book 1 is a novella but the rest are all novel length) because it was an experimental piece to see if I could write contemporary romance.

I like writing for me and experimenting because there is no deadline and no expectation. However a year later I decided to submit and see what would happen... Escape Publishing wanted the rest of the series.

All those backstories and potential dramas that I hadn't planned on writing were suddenly getting scheduled. I needed plots and heroines and I needed to work out how the band would grow over the series... would they find success?

Out of Chances is the last book and Dan is the most troubled hero. He has problems and he has to do some growing up. His one night stand turned girlfriend also has to make some changes to her life. I like it best in romances when characters save each other :)

Dan and Indigo definitely need saving, mostly from themselves.

While I always know when a series will end, it is still sad when the last book is written. I hope you enjoy reading the books as much as I enjoyed writing them!

Join my new releases newsletter to keep up to date!

SHONA HUSK is the author of the Shadowlands, Court of Annwyn and the Face the Music series. You can find out more information about Shona at www.shonahusk.com or follow her on Twitter, or Facebook.

Face the Music, a contemporary romance series, finishes in November 2015 with Out of Chances.

♡ Hottie of The Day ♡ Beau Ryan