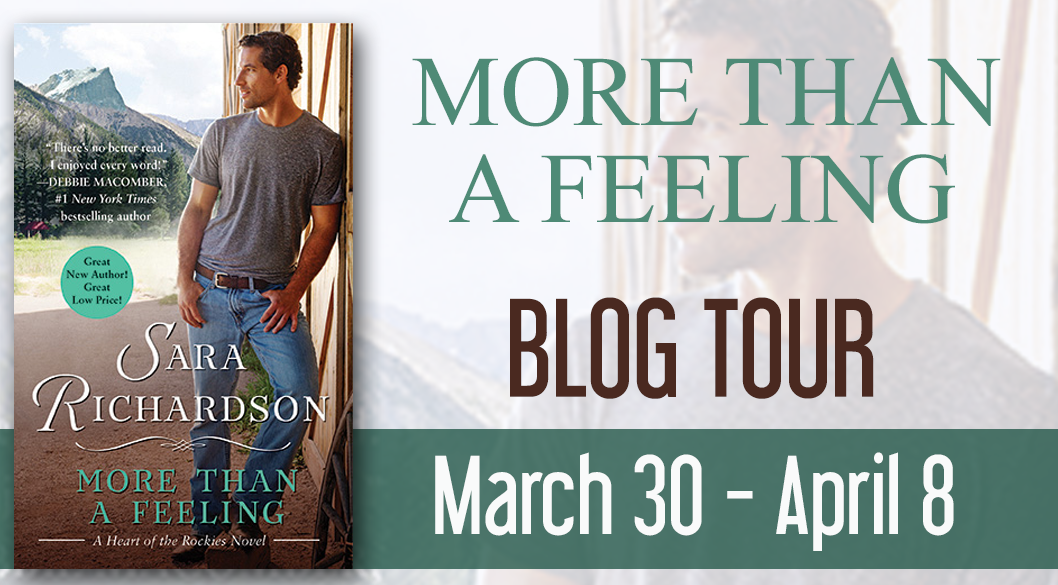 For Ruby James, the Walker Mountain Ranch is her safe haven. Here in Aspen, Colorado, she can finally build a quiet life for herself without fear of her old one rearing its ugly head. Or so Ruby thinks. Any single woman would be happy to indulge a tall, dark, and curious cop - but the closer Ruby gets to him, the closer she gets to losing her newfound peace.

Police officer Sawyer Hawkins is no stranger to secrets. He's ready to leave town for good until a security threat brings him back to Walker Ranch, and Ruby's gorgeous green eyes soon have him second-guessing his decision to go. Her kindness and quiet strength awaken feelings he'd thought long buried, even as her reluctance to talk about her past worries him. The cop in Sawyer only wants the truth - but the man in him wants Ruby in his arms forever...

"Sawyer..." There was so much she couldn't tell him. So many reasons she should ask him to leave, to leave her alone. But the ache tightening inside of her would never go away if she didn't touch him, if she didn't feel the generous hunger of his lips against hers, the thrilling sensation of his hands reading every curve of her body. So instead of saying anything, instead of casting him out of her life, she scooted to her knees so she could reach his lips, first touching them lightly with her fingers. "You're a good man, Sawyer Hawkins," she whispered. And though she knew he couldn't have her forever, she could give herself to him now. He could have her for this one moment.

His gaze fused with hers, the mesmerizing blue of his eyes smoldering like the center of a flame. His large hands settled on her hips and tugged them until she straddled him.

The swing pitched forward and she wrapped her arms around his neck to keep from losing her balance.

"This isn't why I came here," he informed her hoarsely.

"That's disappointing," she breathed against his neck. The stubble made her lips tingle.

Sawyer sighed in a helplessly delicious way and took her chin in his hand, bringing her lips to meet his, brushing them lightly in teasing preview.

He pulled back to look at her, but what good was that? She wanted to feel him against her, solid and safe and warm. So she wrapped her legs all the way around his waist cinching them tighter until the hard bulge of his desire for her pulsed between her legs. It was blinding the way he made her lungs pound, the way he sent her dizzy heart twirling in circles. His touch brought her somewhere else, made her feel like someone else. Someone whole and unbreakable. The person she'd always wanted to be.

No Better Man
Heart of the Rockies #1
by
Sara Richardson

Something Like Love
Heart of the Rockies #2
by
Sara Richardson

Sara Richardson grew up chasing adventure in Colorado's rugged mountains. She's climbed to the top of a 14,000-foot peak at midnight, swam through Class IV rapids, completed her wilderness first-aid certification, and spent seven days at a time tromping through the wilderness with a thirty-pound backpack strapped to her shoulders.

Eventually, Sara did the responsible thing and got an education in writing and journalism. After five years in the corporate writing world, she stopped ignoring the voices in her head and started writing fiction. Now, she uses her experience as a mountain adventure guide to write stories that incorporate adventure with romance. Still indulging her adventurous spirit, Sara lives and plays in Colorado with her saint of a husband and two young sons. Her first contemporary romance, No Better Man, was released by Grand Central forever 2015.