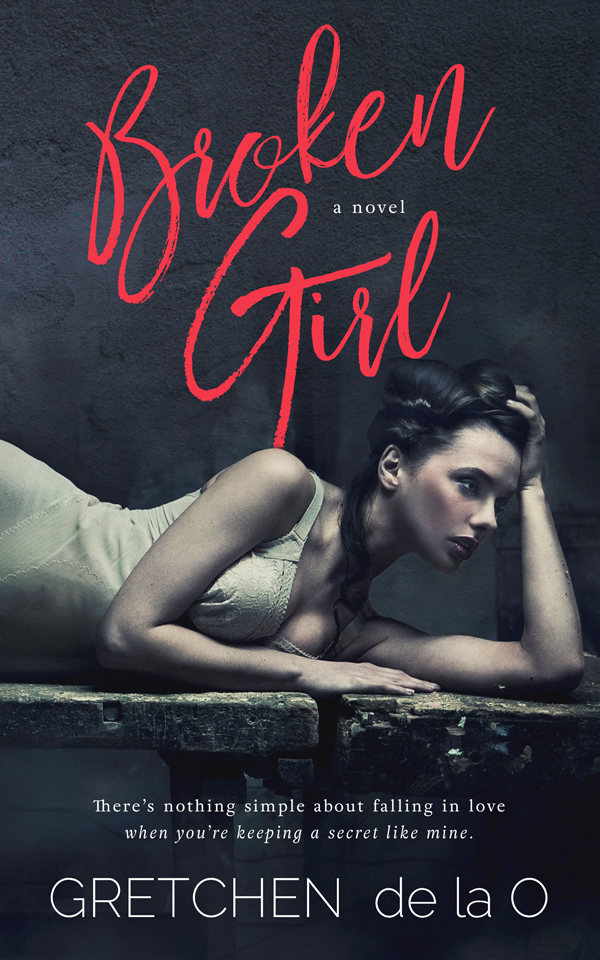 My name is ROSE NEWTON, and I sell my body on the streets of San Francisco. I'm what you call society's dirty little secret. On the outside, I'm in control, the woman who makes her own rules and gives nothing away for free. Inside, I'm broken and numb. Torn and shattered by my past, my life is nothing more than the lost fragments of what's left of me.

SHANE WEST represents everything that's foreign to me. He's brave, kind, funny, gorgeous and persistent. When fate brings us face to face, an undeniable attraction blazes between us. He becomes the constant I've never had and the only man I'll ever trust.

There is nothing simple about falling in love when you're keeping a secret like mine. 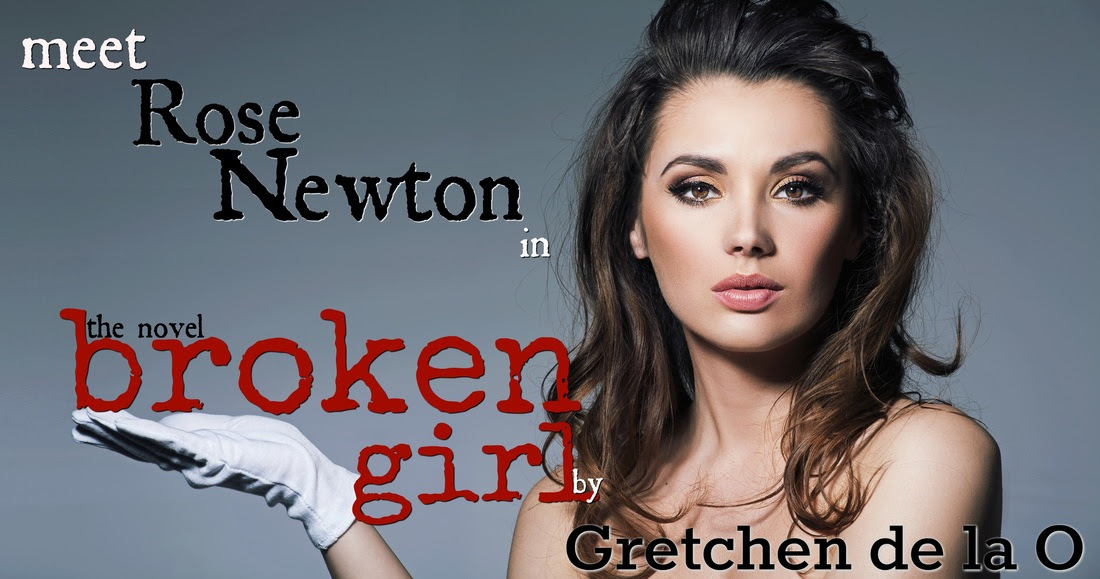 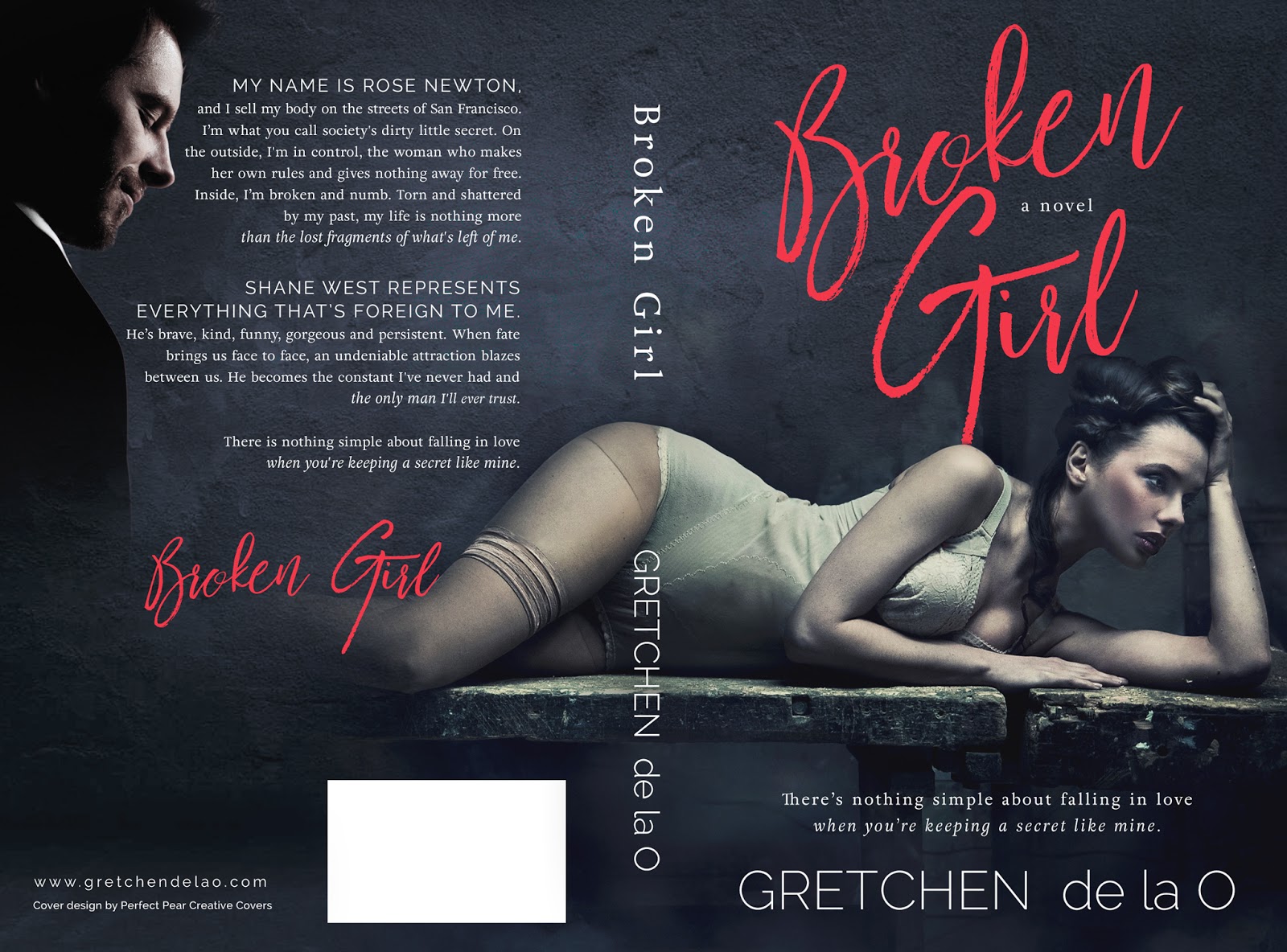 I started to get into my car, then his enormous hand crashed against the edge of the car door, slamming it shut. He grabbed my arm, spun me around, and pushed me back against the car. His eyes were filled with all the pain I was causing, all the confusion my mind-f*ck was playing on him … it was the only thing I knew how to do when expectations were changing. It was time to shut him out.

"I call bullshit, Rose. I think you're scared of me." The space between us vanished as he inched closer.

"Scared? Scared of what, Shane? Scared to hear about the type of girls you've slept with? Please, that's the least about you that scares me. I just need to go, get ready for work."

He pushed his face within inches of mine. Pinning me against the car, he continued. "What is it then? I want to know... what it is about me that scares you?"

He caressed the backs of his hands across my flaming cheeks. His eyes filled with storming tension, the same eyes I saw when I was with the only other man I'd let have my heart. My pulse thumped across my neck, keeping time with his.

"This," I said as I thrust my fists against his chest, attempting to push him back. "Expectations... your expectations... you have expectations of me... you expect me to be someone I'm not. I can't be that someone you want me to be. I'm not that girl; I'll never be that girl for you, Shane."

I turned away from him and fumbled with the door handle. His hands closed over mine, his body pushed against my back, his face pressed into the curve of my neck, and his breath steamed against my hair as his nose glided against the base of my head. The pressure sent me reeling.

"Then I won't ask you to be that girl. I won't push you for something you're not ready to give."

"Don't you see, Shane? I will never be ready. I can't give you what you want."

"Who said it had to be anything more than friends, Rose?" 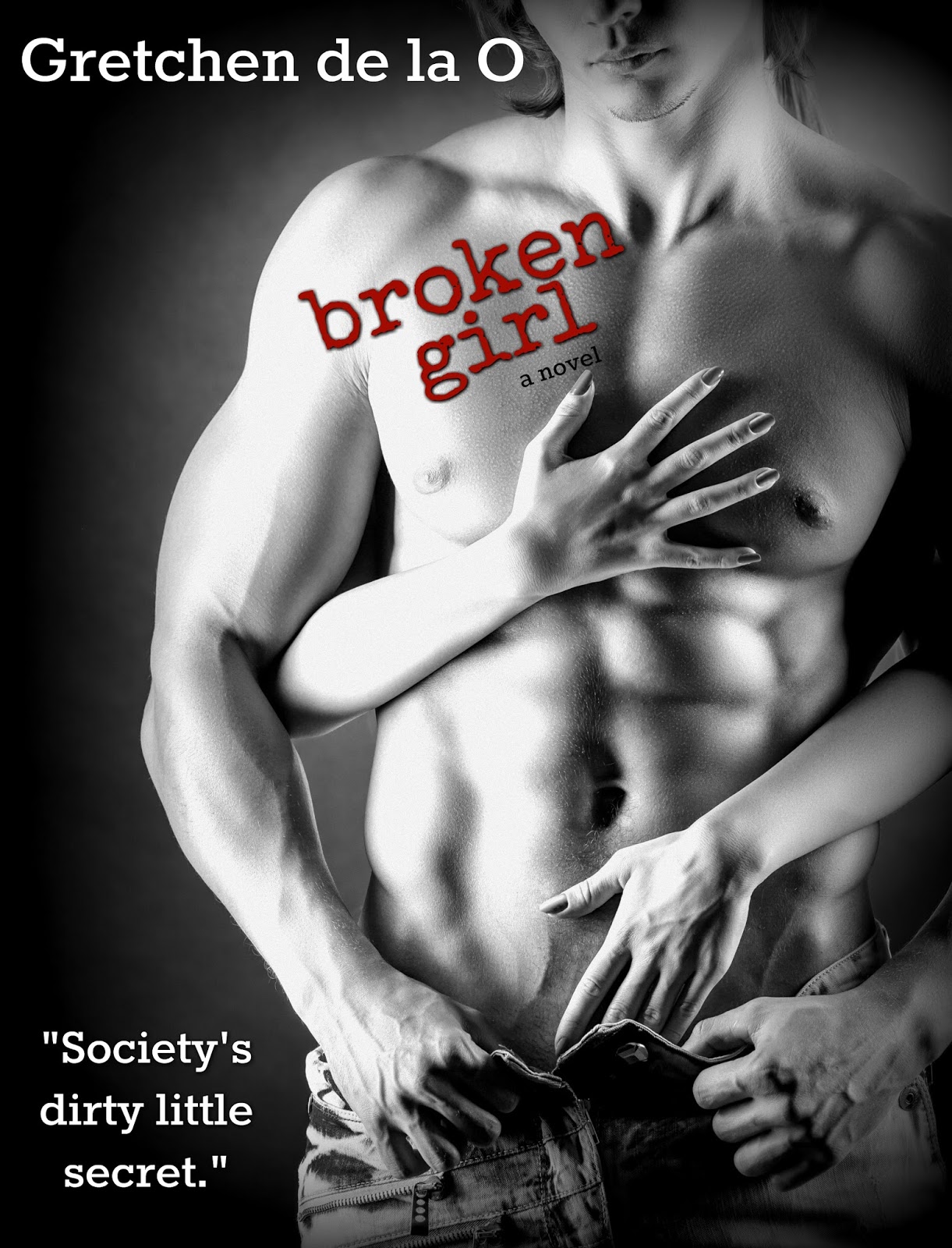 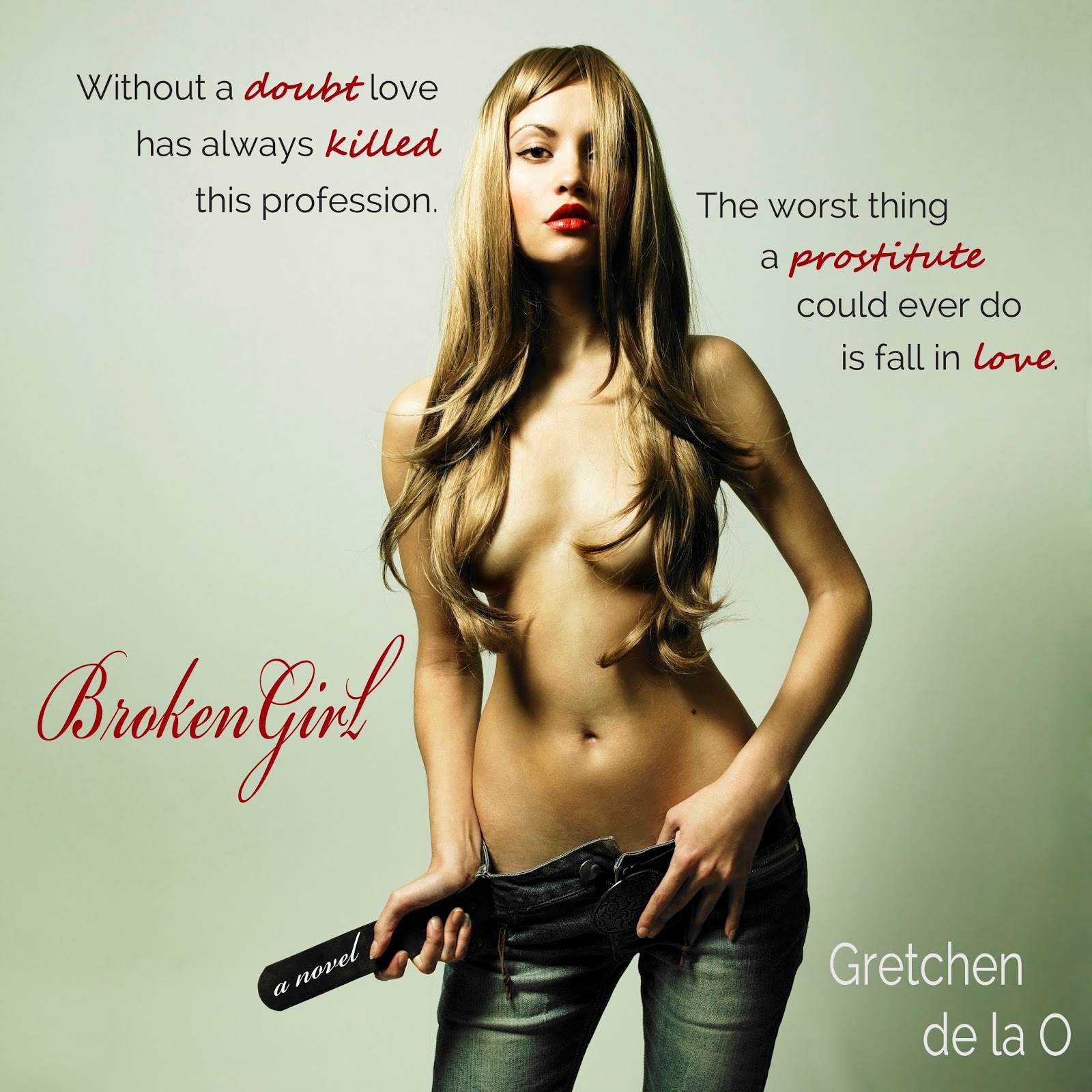 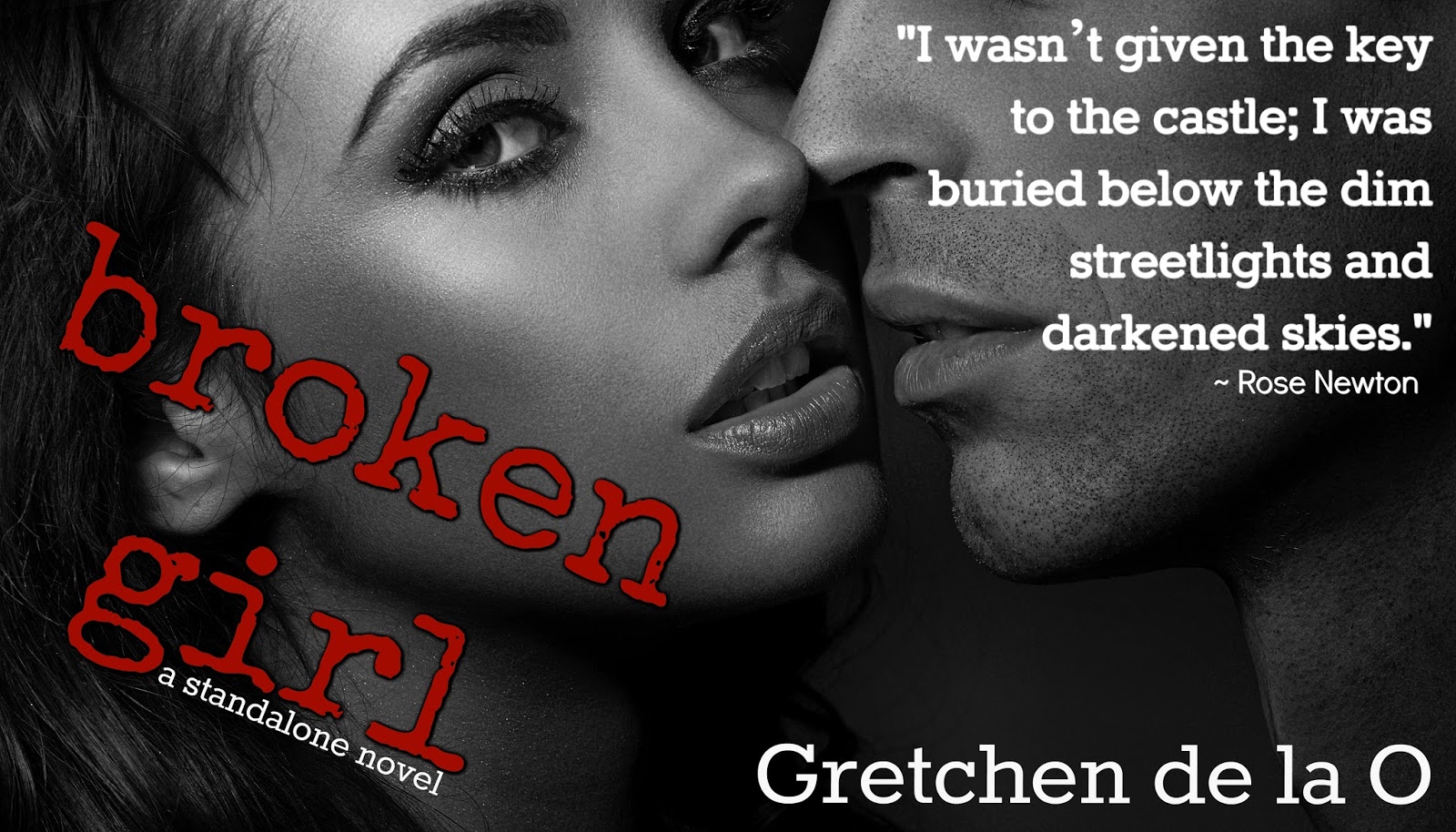 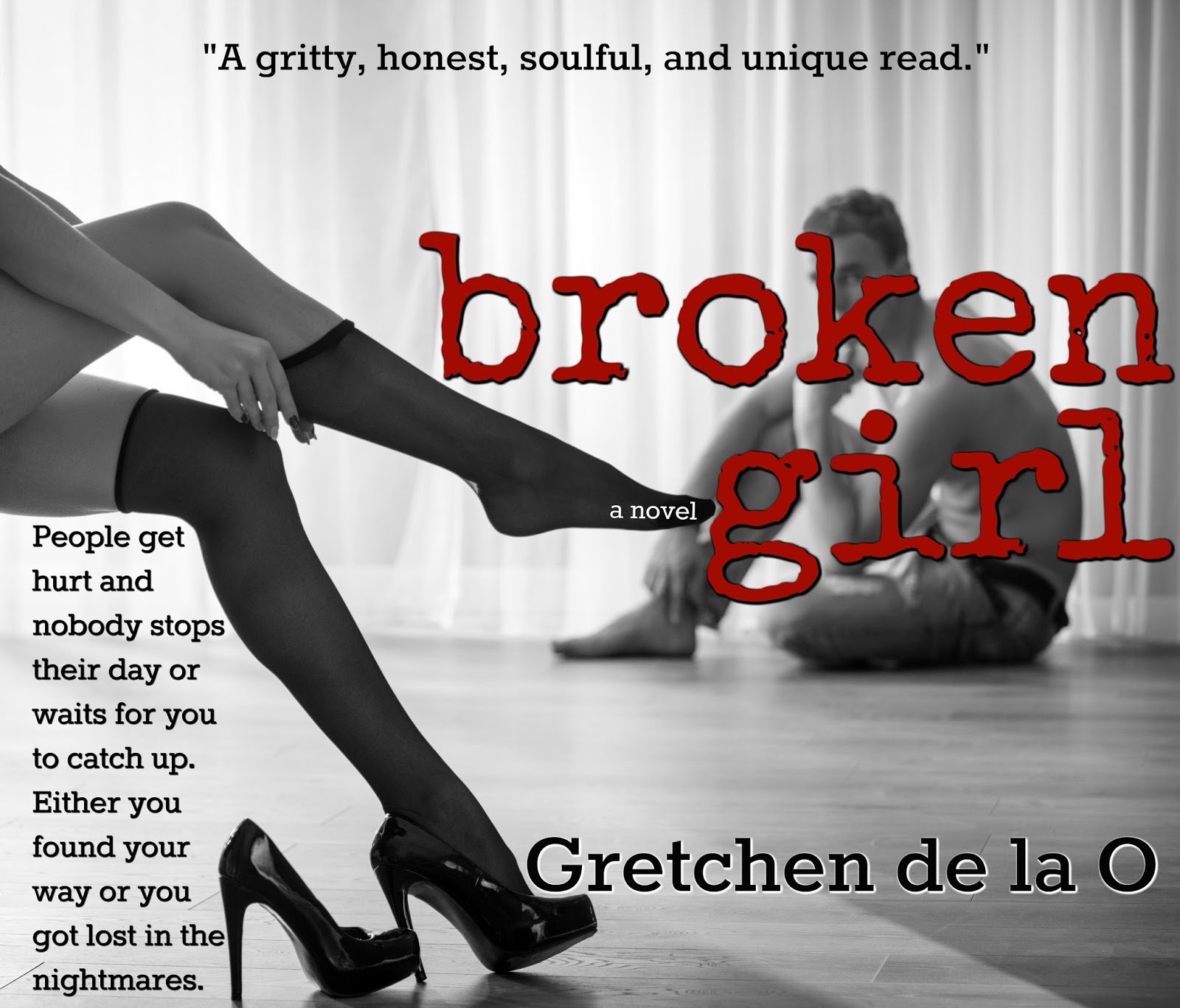 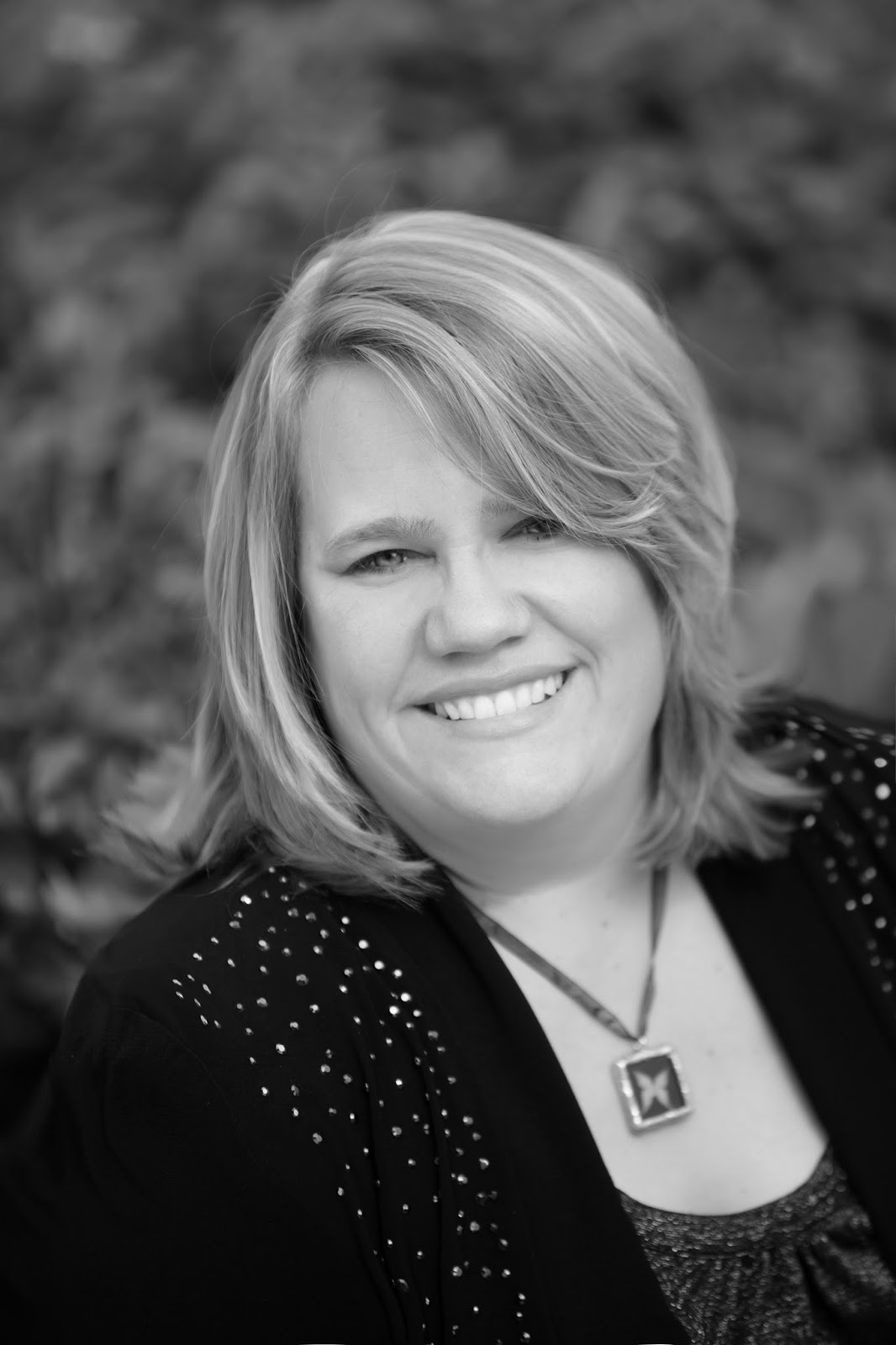 Gretchen de la O, is a writer of romantically unique stories. A proclaimed positive energy infuser by people who know her, she finds joy in helping those around her discover their creative process. Gretchen is a firm believer that anything is possible if you set your mind to it; and what you expect out of life, always finds a way of showing up. She's authentic in her dedication to her own creative process, finds strength in her spirituality, and is always looking for the bright spot in every situation.

Gretchen released her first novel, Almost Eighteen in September of 2011, the first in a three book new adult student/teacher romance, the Wilson Mooney Series. In November of 2012, she followed with book two, Eighteen at Last, and concluded the series with Beyond Eighteen in October, 2013. Her Fourth novel, PROTOTYPE, a romantic suspense, the first book in the Possession Series was released in October 2014. BROKEN GIRL, Gretchen's fifth novel, is a standalone contemporary romance slated to be released April 29th, 2016.