To See You by Rachel Blaufeld is NOW LIVE!

No cliffhanger, only hard-earned unexpected love. And angst.

To See You
by
Rachel Blaufeld 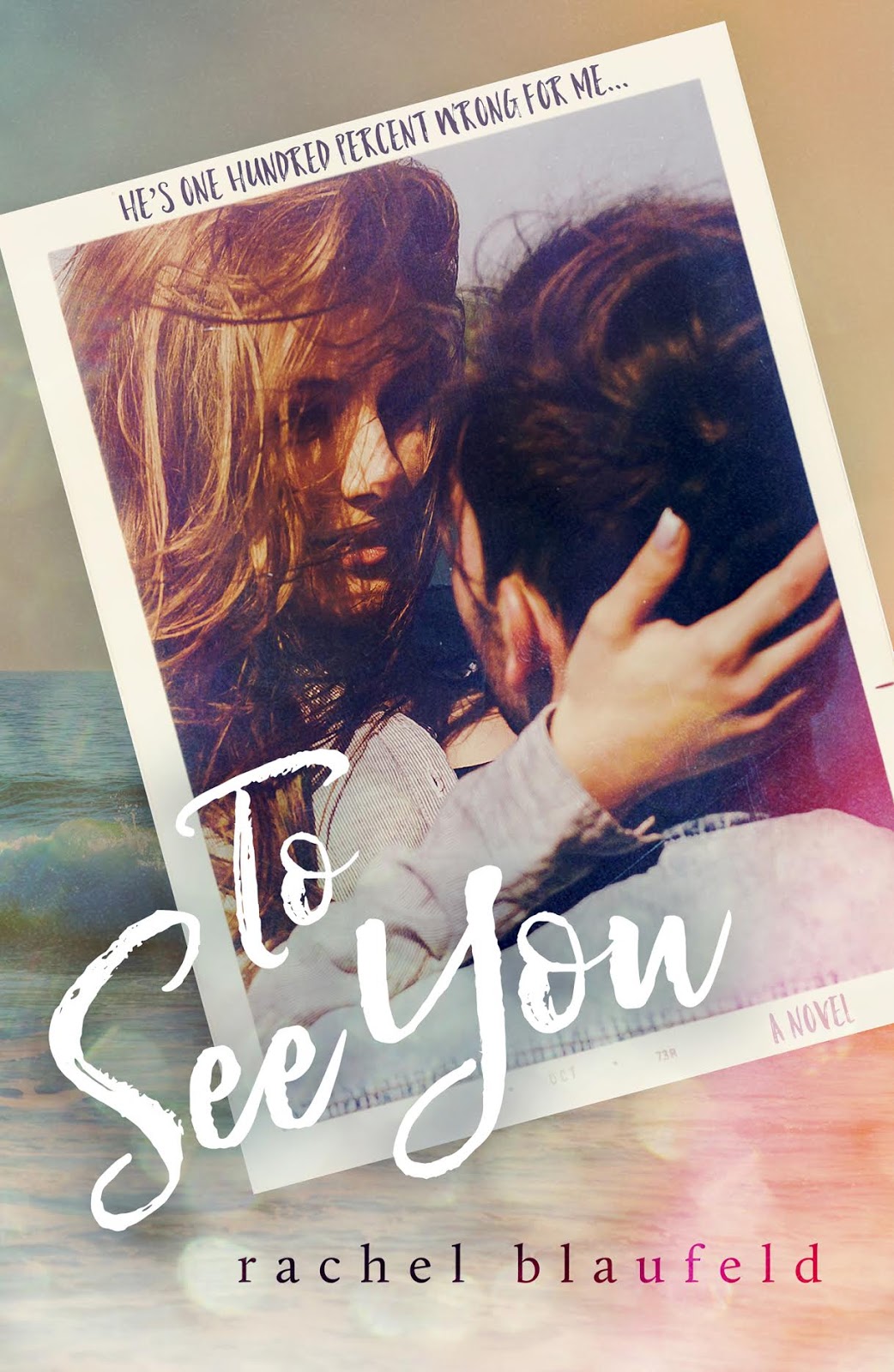 What is it about this guy?
On paper, he's one hundred percent wrong for me. His e-mails are equal parts annoying and funny.
Okay, more funny than annoying. More like refreshing. Different. Exciting.
But as I stand next to him now, he’s giving me head-to-toe tingles, and I find myself dwelling on his e-mails.

Meet smart, sexy career girl and New York snob, Charli Richards. She has everything except happiness until the day she meets Layton Griffin. It's a random encounter on an airplane; it couldn't mean anything, right?

Layton isn't even remotely close to who Charli sees herself hooking up with... ever. Her mom and best friend agree he's not for her, but he makes her feel something exciting, awakens her world.

But then Layton changes, going to great lengths for Charli to see him for who he really is.
Will those changes bring them closer together, or will she never be able to see him in the same way again? 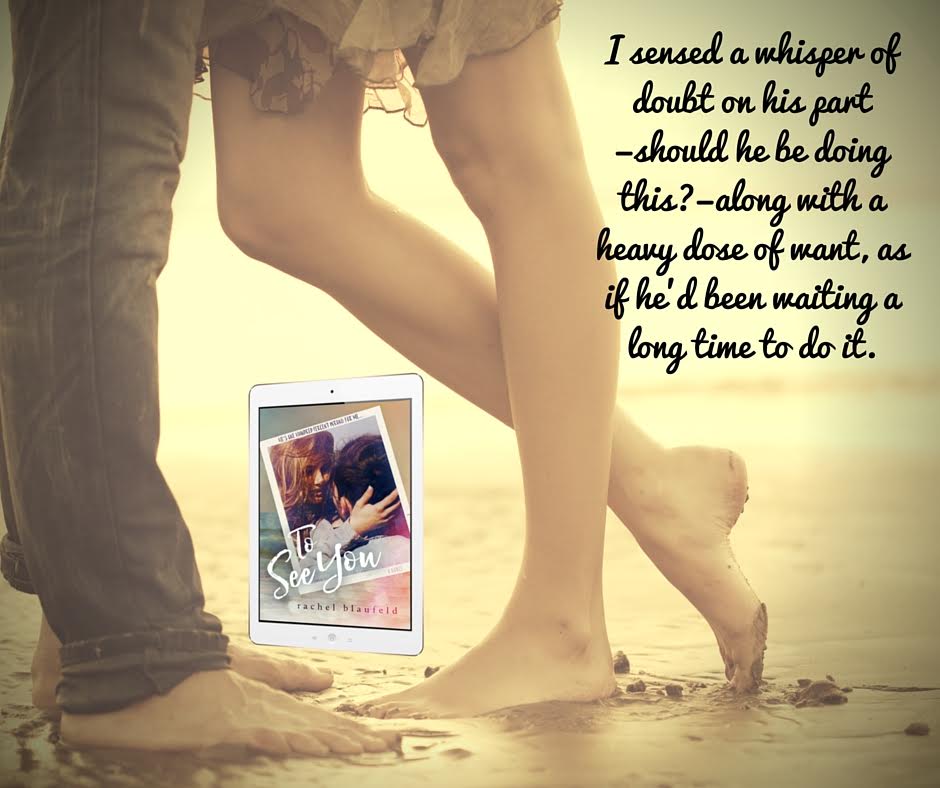 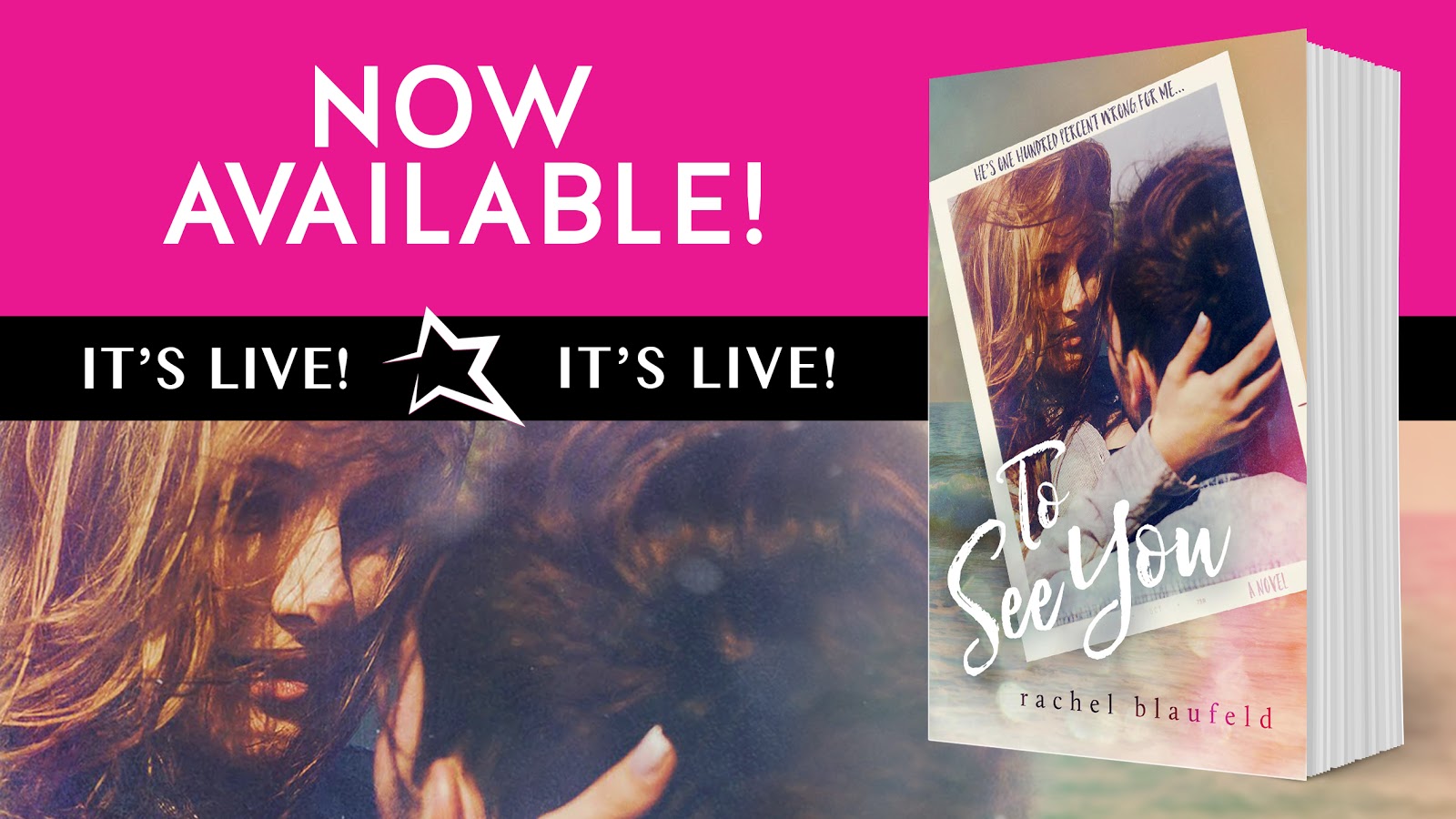 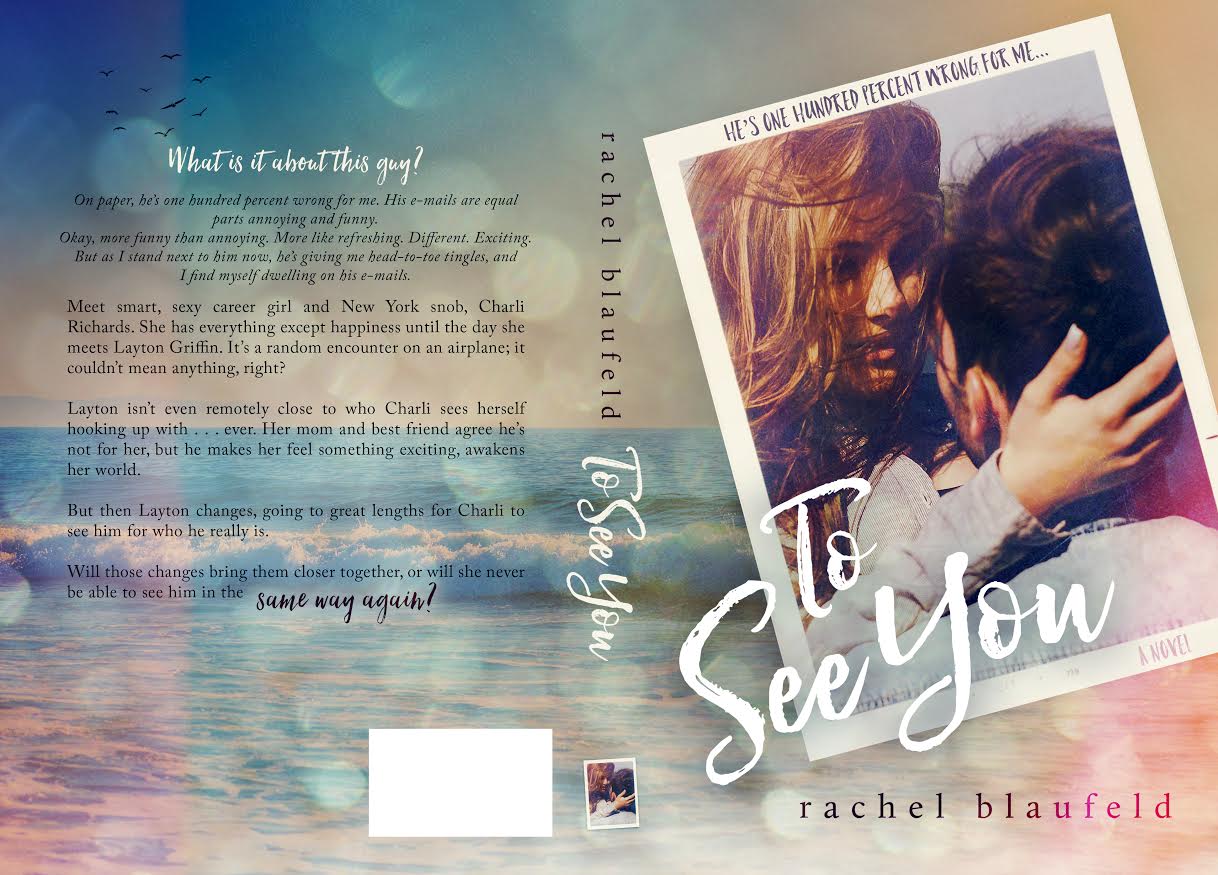 To See You by Rachel Blaufeld from Bibliophile Productions
on Vimeo.

"Cheers." My seatmate good-naturedly tipped his glass toward me. He wasn't going to leave me alone.

I took a long gulp and looked back at my computer screen.

I tugged at my turtleneck; it was so freaking hot all of a sudden. My nosy neighbor's face had a slight sheen to it, clearly from being hot, and now his warmth was seeping into my space.

"I do. They're a growing company and... I've made great strides there."

What the heck? Why was I even answering him? Because he asked, and if I was honest, it was the nicest anyone had been to me in months.

Furthermore, why did I sound like I was on an interview? Or an infomercial?

He was kind — I could tell — and his smile was gentle and calm, his eyes like warm coffee with just the right amount of cream swirling through it. I turned a little in my seat to face him and my knee brushed his thigh. I let my gaze travel his Beastie Boys T-shirt until I settled on his computer.

Playing on it was a rom-com, one I'd never seen before, but Katie What's-her-name — all stunning, shiny hair, celebrity mom, perfect life — was front and center. Her arms were full of shopping bags and she was wearing a big grin on her perfect face as she walked down a city street.

"You don't strike me as the romantic comedy type." I felt my eyebrow lift. I wasn’t sure if I was teasing him or myself as the question floated from my mouth.

He laughed. It was soothing and comforting like a coffee-and-Kahlua on a cold night, and warm like the sun on the first few days of summer.

I allowed my eyes to close and imagined he looked like somebody else—not someone else totally, but just different. Fit, not slender but muscular. He still had the same gracious smile and inviting eyes, but he wasn't wearing a music T-shirt in my imagination. Maybe a Henley? And dark-wash jeans instead of the regular everyday ragged blue I'd noticed him wearing.

"It's work too," he said, interrupting my fantasy.

"Oh." I chugged the balance of my mimosa, cooling the wash of desire recently conjured up from my brain.

"Actually, I'm pretty sure BubblePOP will end up reviewing this one, will probably have someone at the premiere too. That's why I asked about the site. Six degrees of Kevin Bacon and all that. Our worlds are connected."

He shifted his gaze over fully to me now. His eyes weren't exclusively deep brown; tiny flecks of amber circled his pupil. They were captivating in a weird way, as if they didn't belong with this guy.

I'd never met a slob who was so interesting before, yet he was definitely intriguing. And not really a slob — that was my own bias. Clearly, I was having some sort of psychotic breakdown on this airplane. 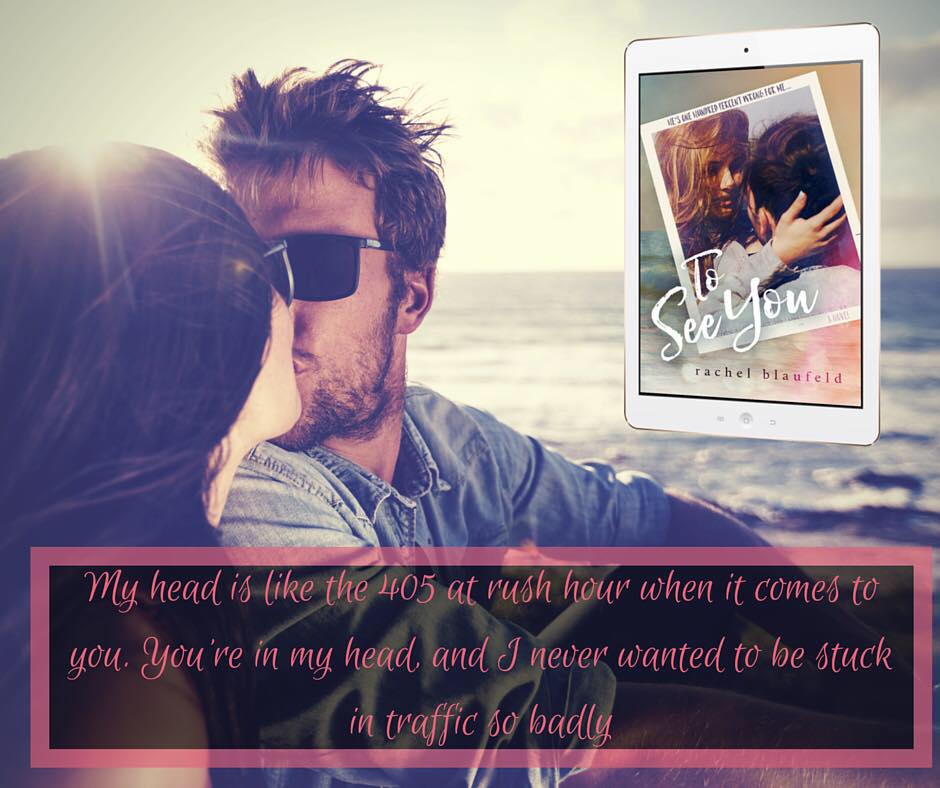 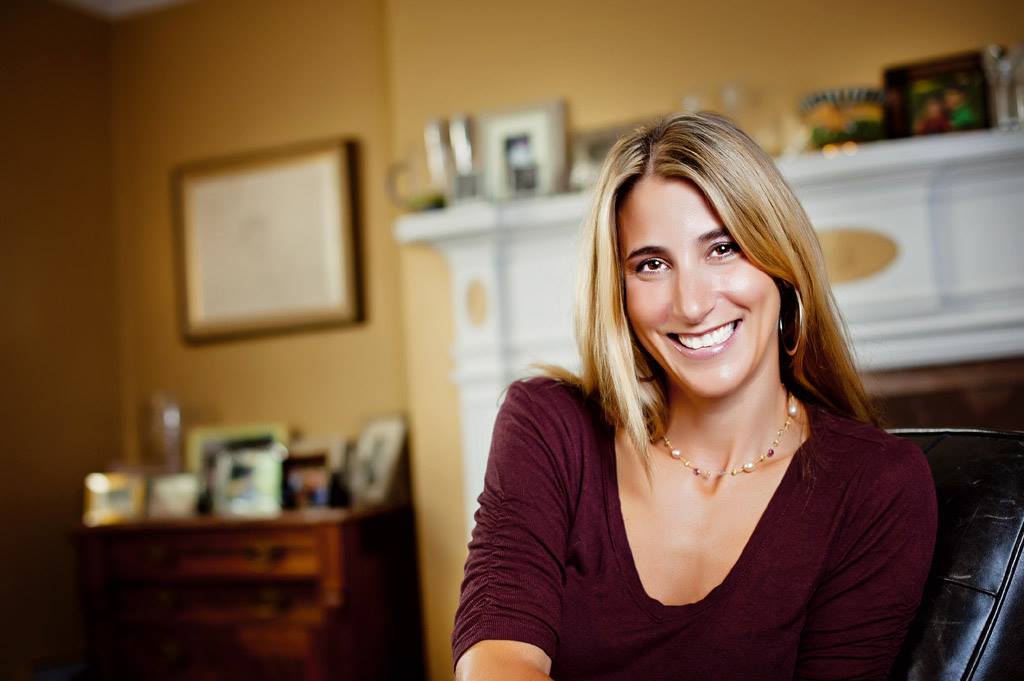 Rachel Blaufeld is a social worker/entrepreneur/blogger turned author. Fearless about sharing her opinion, Rachel captured the ear of stay-at-home and working moms on her blog, BacknGrooveMom, chronicling her adventures in parenting tweens and inventing a product, often at the same time. She has also blogged for The Huffington Post, Modern Mom, and StartupNation.

Turning her focus on her sometimes wild-and-crazy creative side, it only took Rachel two decades to do exactly what she wanted to do — write a fiction novel. Now she spends way too many hours in local coffee shops plotting her ideas. Her tales may all come with a side of angst and naughtiness, but end lusciously.

Rachel lives around the corner from her childhood home in Pennsylvania with her family and two dogs. Her obsessions include running, coffee, icing-filled doughnuts, anti-heroes, and mighty fine epilogues.