We are so excited to bring you the Release Week Blitz for Built by Jay Crownover.

Biult is a Contemporary Romance novel being published by HarperCollins, and it is the 1st full-length novel in the Saints of Denver Series, a spinoff of her New York Times bestselling Marked Men Series.

This amazing book is out now so grab your copy today!

And be sure to check out the awesome sweepstakes!

Info and links below! 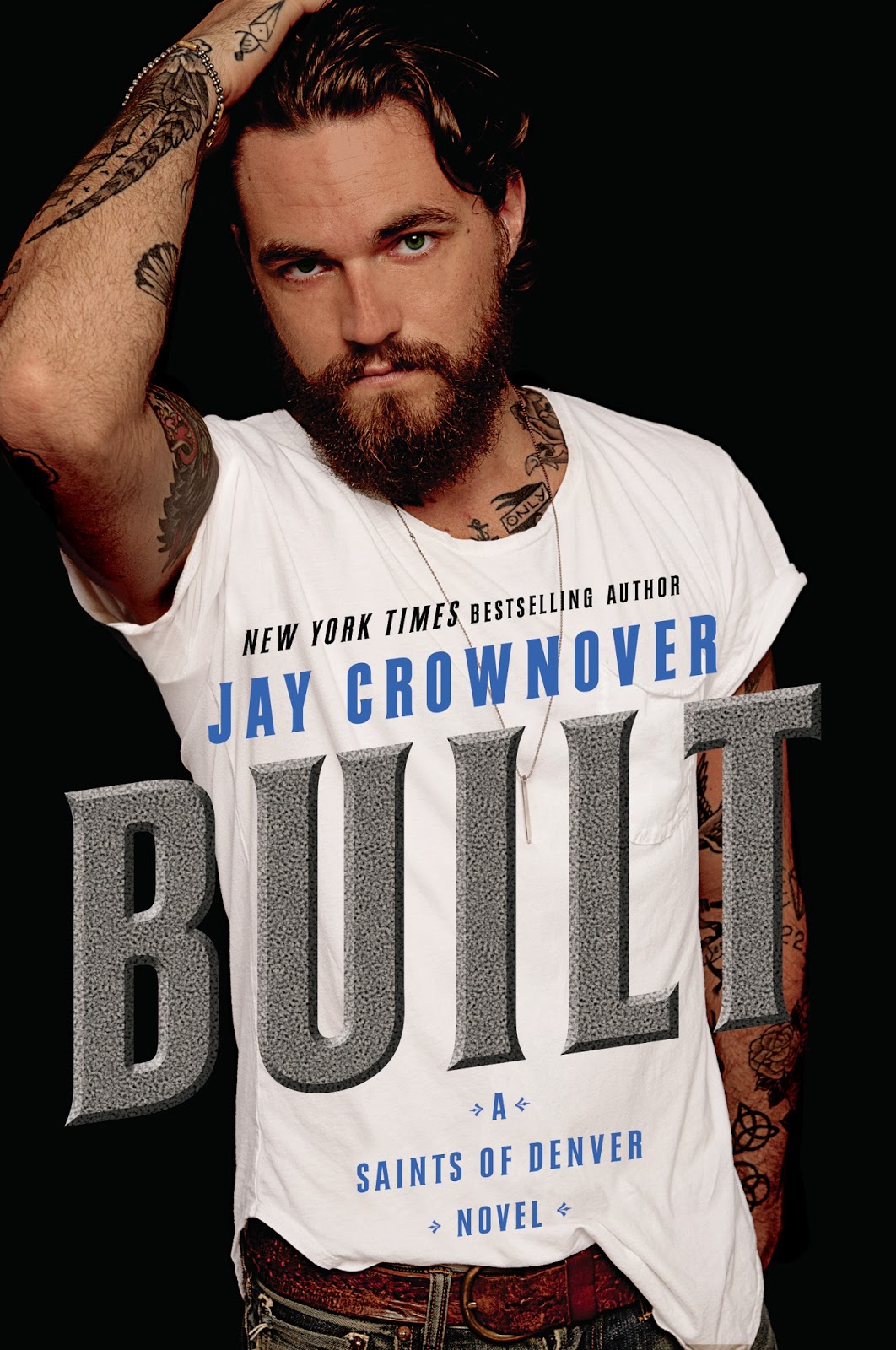 From the New York Times and USA Today bestselling author of the Marked Men books comes an electrifying new spin-off series, Saints of Denver, featuring all the characters fans have been dying to read about.

Sayer Cole and Zeb Fuller couldn't be more different. She's country club and fine-dining, he's cell-block and sawdust. Sayer spends her days in litigation, while Zeb spends his working with his hands. She's French silk, he's all denim and flannel.

Zeb's wanted the stunning blonde since the moment he laid eyes on her. It doesn't matter how many smooth moves he makes, the reserved lawyer seems determinedly oblivious to his interest — either that or she doesn't return it. Sayer is certain the rough, hard, hot-as-hell Zeb could never want someone as closed off and restrained as she is, which is a shame because something tells her he might be the guy to finally melt her icy exterior.

But just as things start to heat up, Zeb is blindsided by a life altering moment from his past. He needs Sayer's professional help to right a wrong and to save more than himself. He can't risk what's at stake just because his attraction to Sayer feels all consuming. But as these opposites dig in for the fight of their lives, battling together to save a family, the steam created when fire and ice collide can no longer be ignored.

"How come you don't drive your cool truck during the week?"

Both his eyebrows shot up and I had to wait while he finished chewing to answer me. "My cool truck? The International? I know about a hundred sixteen-year-old boys that would disagree with you about the Jeep not being cool. Especially here in Colorado."

I shrugged a little and gave up trying to be delicate with the messy sausage. I was sure I had yellow all over my face, but I didn't care. The thing was delicious. Seattle Sayer had no idea what gloriousness she had been missing.

"I like the old truck. It's pretty and it's so neat to see something like that restored and well loved."

"I do love it. That's why I don't drive it to jobsites. Too many nails and other stuff getting carelessly tossed around. I try and baby her."

He laughed again and cleanly polished off the rest of his brat. I was amazed he did it all without getting anything in his face fuzz. That was real talent right there, I thought begrudgingly as I continued to make a mess all over myself.

"Sure. She's classy, elegant, made of study stuff, expensive as hell to keep running and keep pretty. She's only good to me if I'm good to her, so obviously she's a girl."

I rolled my eyes and then wiped my hands on the outside of my pants when I finished off my own dinner. Briefly I thought my dad would be horrified at the action but I shoved that thought down and instead focused on Zeb and only Zeb. "How long did it take you to restore her?"

He shrugged, got to his feet, and moved to pry open the massive bucket of white primer he had been using as a chair. "My buddy Wheeler sold the body to me for next to nothing when I got out of prison. We went to high school together and I think he knew I needed something to keep me busy because the only kind of work I could find right after being released was shit work for shit pay. Every week I would give him a few bucks here or there and he would find me a part or a piece of motor and we slowly but surely got her altogether. It was one of the reasons I knew I had to find a long-term way to support myself. Just because I had a record didn't mean I wasn't a valuable employee or a hard worker. I got really sick of being treated like a second-class citizen because of one mistake."

His eyes cut to mine and all I could do was nod in sympathy as he poured the liquid into trays and fished a couple of roller brushes out of a plastic bag.

"I actually met Rowdy through Wheeler. He had done a bunch of Wheeler's tattoo work, and when I told Wheeler I wanted something to remind me not to do stupid things that would cost me years of my life again, he recommended Rowdy and the Marked shop. Rowdy was the one that recommended me to the guys that own the tattoo shop when they decided to open and renovate the new location downtown. It all seemed very meant to be, ya know?"

I did know. Everything was tied together with thin threads of fate, and when one loosened or tightened it was surprising how impactful it could be. Kind of like how I had ended up where with Zeb now.

And don't miss the previous novella in the Saints of Denver Series! 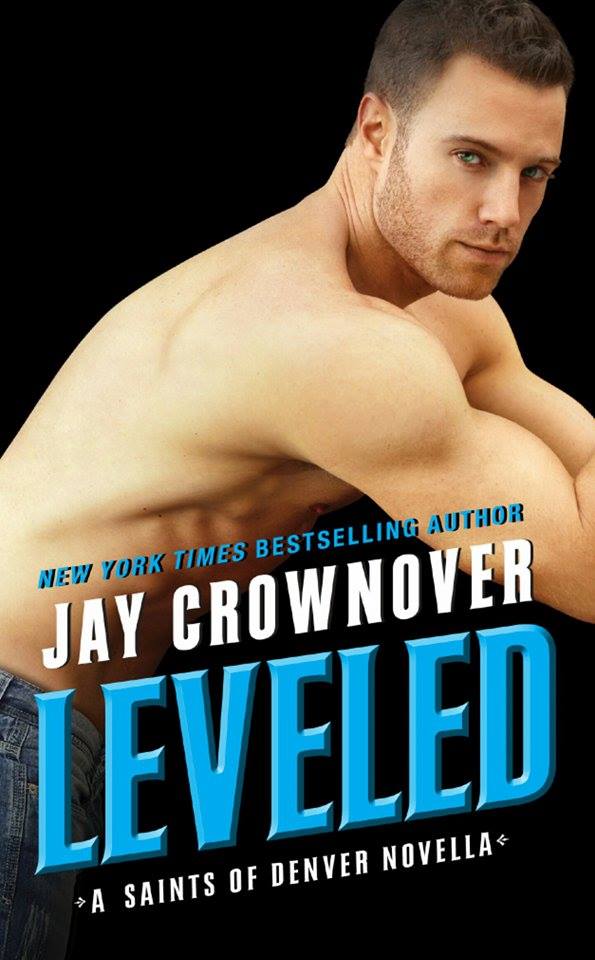 Enter to Win a Trip to the MILE HIGH AUTHOR EVENT from Jay Crownover!

Fill out the form 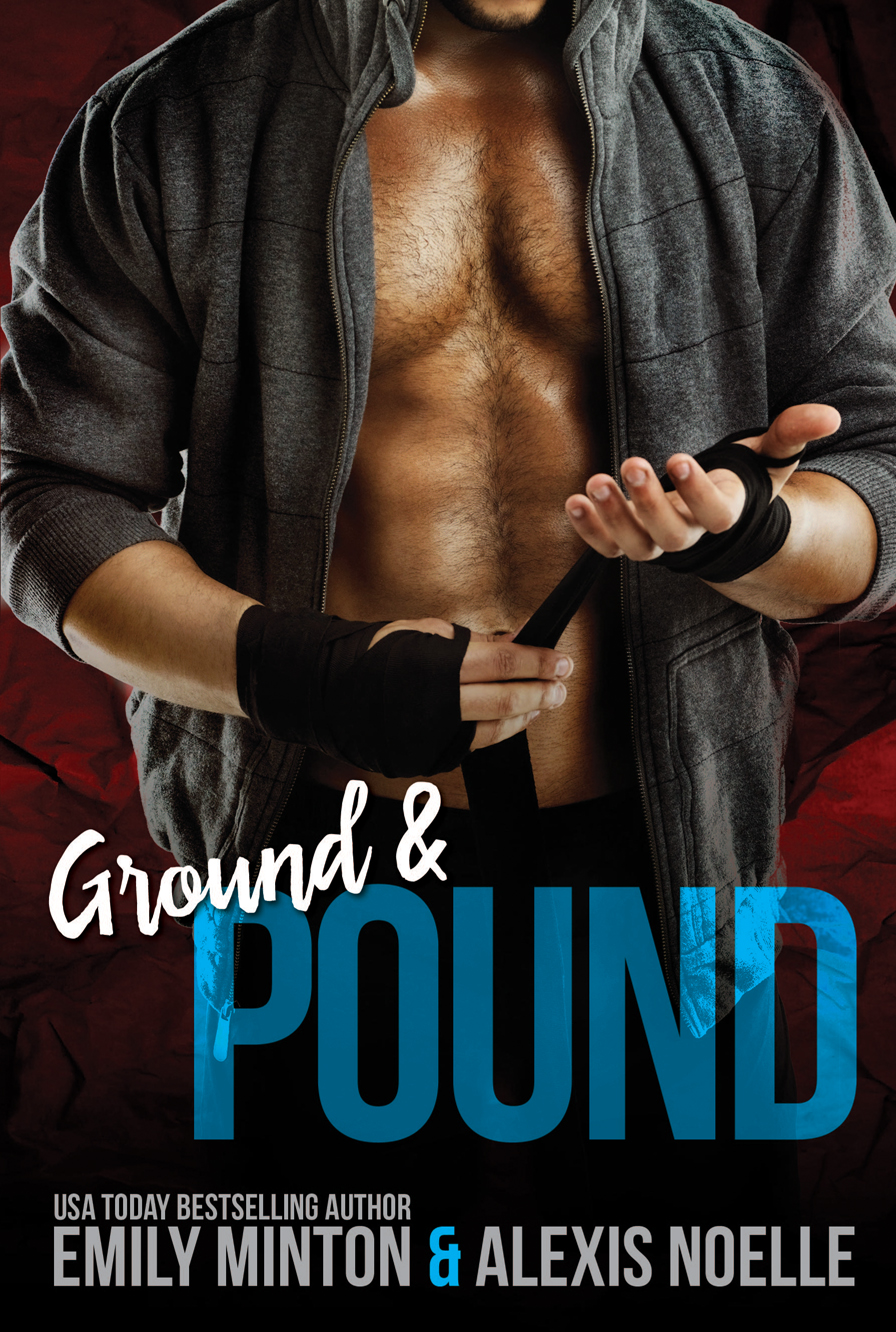 Kane Travis is one of the most successful fighters in the UFC. His name is known worldwide. Men want to be him, and women just want him. All Kane wants is the heavy weight title, nothing else matters to him. Not until, he see Emmy twirling around a pole.

Kane has one rule, never give anyone else control. He doesn't let anyone in, especially woman. The night he meets Emmy, he knows she is more dangerous than any opponent he has ever fought.

Emmy Sanders will do anything to care for her younger brother, even taking her clothes off at a seedy strip club. Ever since their parent's death, she has been the sole provider for them both. All Emmy wants is to get her brother through college, nothing else matters to her, until she sees Kane sitting at the end of the stage.

Emmy has to have control over every aspect of my life. There is a time and place for everything, she never wavers from her plan. The night she meets Kane, she knows he is more dangerous than anyone she has ever met. 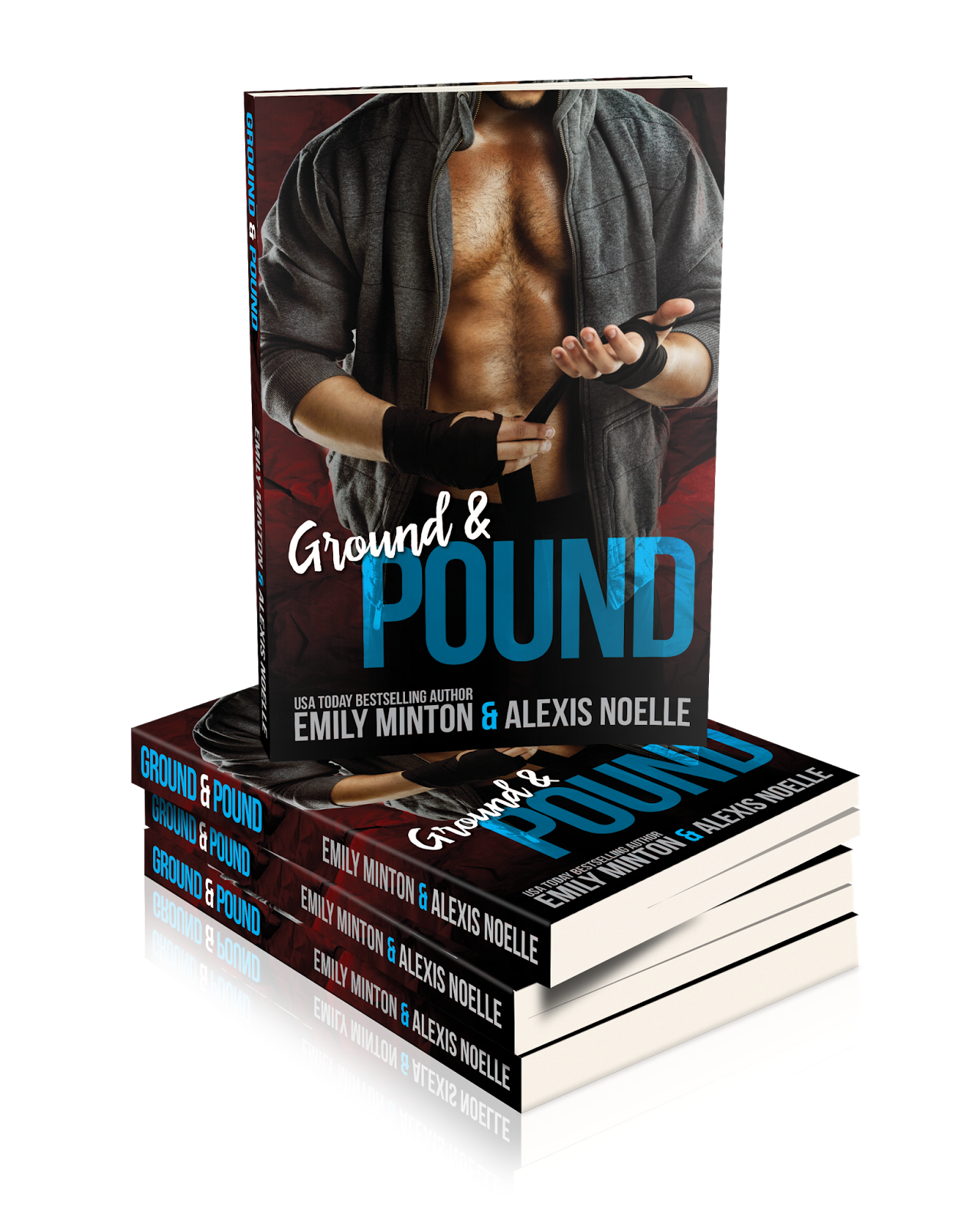 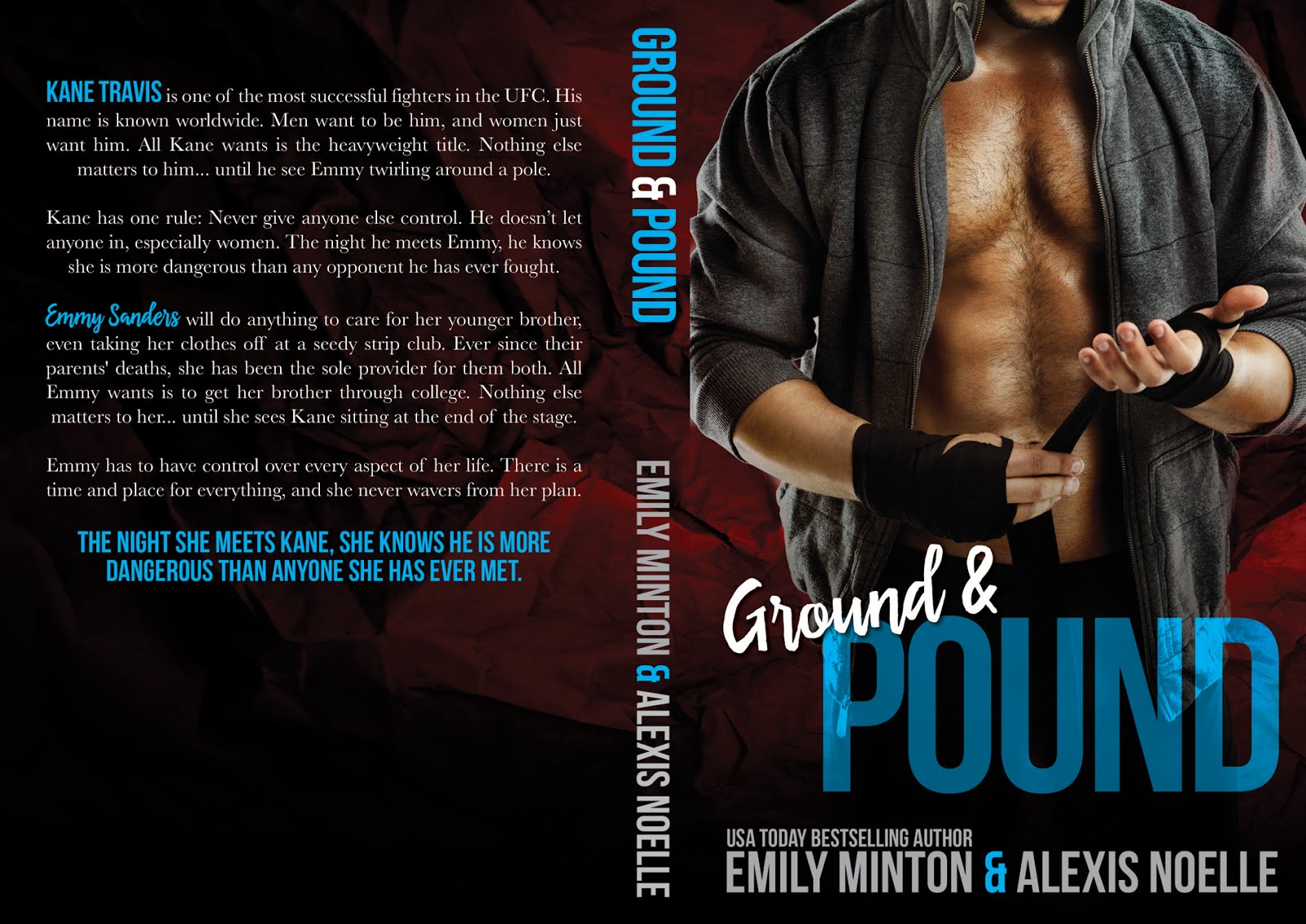 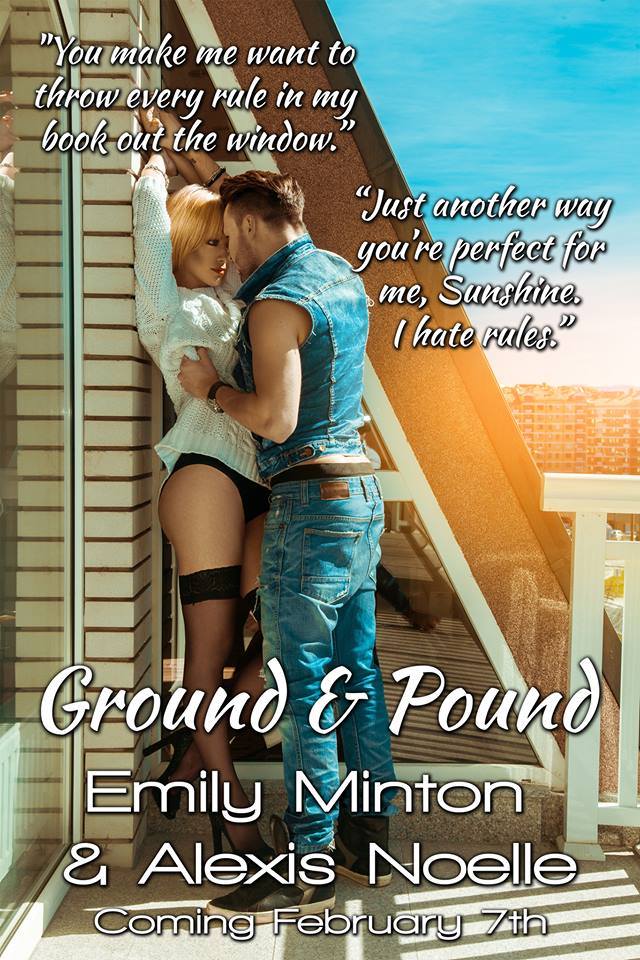 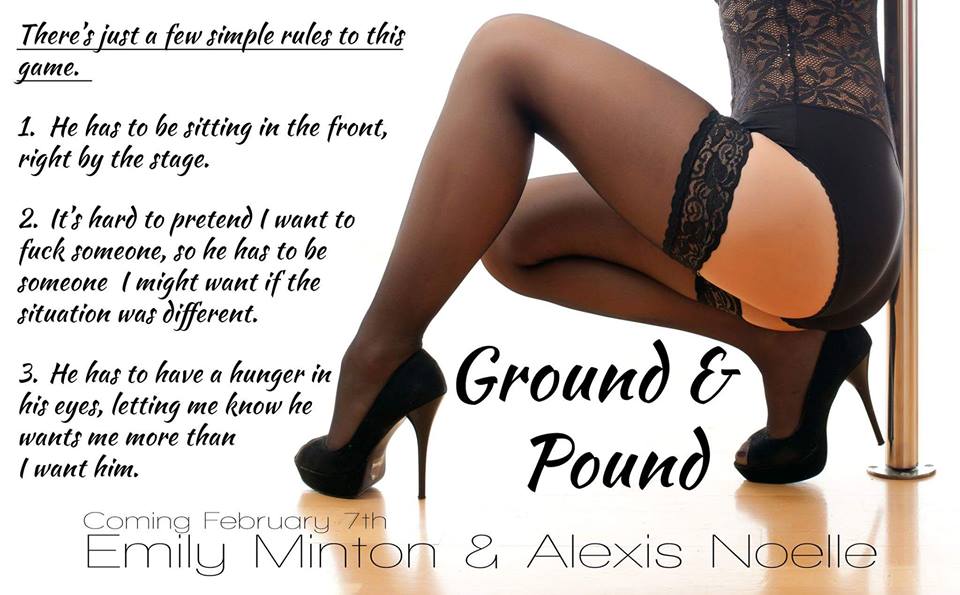 Alexis Noelle lives in Philadelphia, Pennsylvania with her husband, and three kids. She loves spending time with her kids, although she has to hide the computer from them when she is writing! She love being active and being outdoors, especially if it involves any kind of shopping. 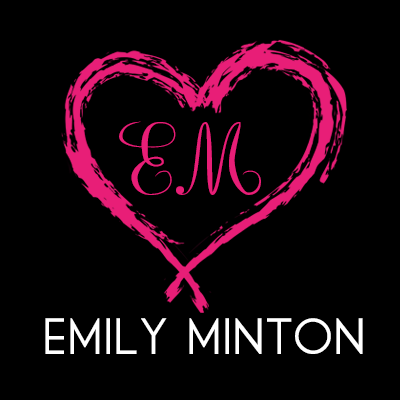 USA Today Best Selling Author, Emily Minton is a Kentucky native. She claims she bleeds blue - Wildcat Blue! Emily loves to read, and this love of the written word led to her writing career.

♡ Hottie of The Day ♡ Derek Tarver