♡ #Review & Excerpt Tour + #Giveaway ♡ He Will Be My Ruin by K.A. Tucker @kathleenatucker @InkSlingerPR #PreOrder

We are absolutely thrilled to bring you the Review & Excerpt Tour for K.A. Tucker's He Will Be My Ruin!

He Will Be My Ruin is a K.A. Tucker's first suspense novel, published by Atria books, an Imprint of Simon & Schuster, and is set to be released February 2, 2016!

He Will Be My Ruin
by
K.A. Tucker 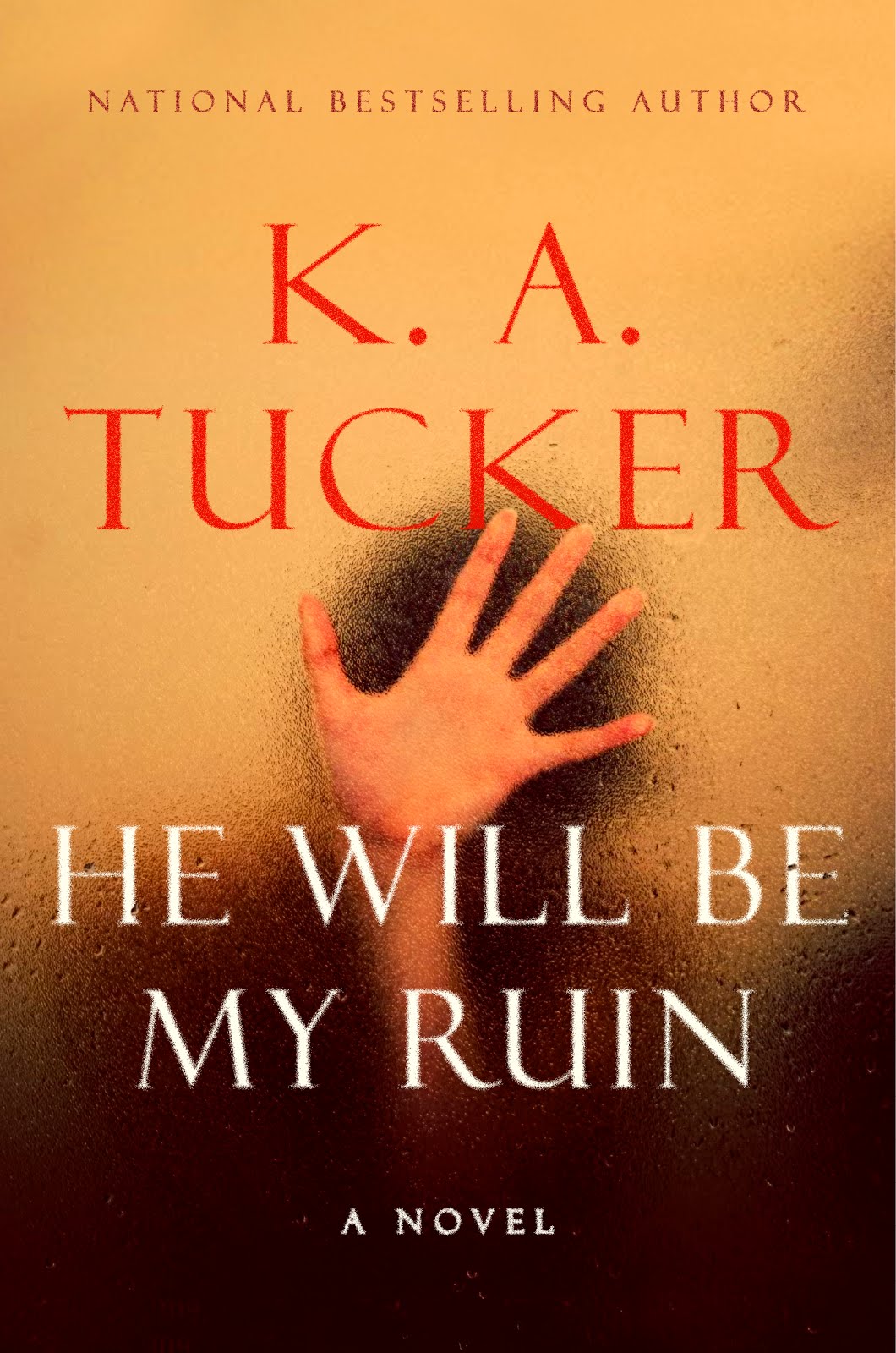 The USA TODAY bestselling author of the Ten Tiny Breaths and Burying Water series makes her suspense debut with this sexy, heartpounding story of a young woman determined to find justice after her best friend's death, a story pulsing with the "intense, hot, emotional" (Colleen Hoover) writing that exhilarates her legions of fans.

A woman who almost had it all...

On the surface, Celine Gonzalez had everything a twenty-eight-year-old woman could want: a one-bedroom apartment on Manhattan's Lower East Side, a job that (mostly) paid the bills, and an acceptance letter to the prestigious Hollingsworth Institute of Art, where she would finally live out her dream of becoming an antiques appraiser for a major auction house. All she had worked so hard to achieve was finally within her reach. So why would she kill herself?

A man who was supposed to be her salvation...

Maggie Sparkes arrives in New York City to pack up what's left of her best friend's belongings after a suicide that has left everyone stunned. The police have deemed the evidence conclusive: Celine got into bed, downed a lethal cocktail of pills and vodka, and never woke up. But when Maggie discovers a scandalous photograph in a lock box hidden in Celine's apartment, she begins asking questions. Questions about the man Celine fell in love with. The man she never told anyone about, not even Maggie. The man Celine believed would change her life.

Until he became her ruin.

On the hunt for evidence that will force the police to reopen the case, Maggie uncovers more than she bargained for about Celine's private life — and inadvertently puts herself on the radar of a killer. A killer who will stop at nothing to keep his crimes undiscovered.

This book is amazing!!!

Maggie Sparkes is back to New York to take care of Celine's, her best friend, belongings after her she was found dead in her apartment. It looks like Celine committed suicide, but Maggie doesn't believe it.
Did Celine kill herself? And why?
Or was she murdered? And if she was, by whom and why?

He Will Be My Ruin story is fantastic! It is full of mystery and drama, with a touch of laughter and steamy scenes. The suspense kept me hooked and I couldn't stop reading until I finished the book. Like Maggie, I wanted to find what really happened to Celine. Every time a new character was introduced, I thought "This character killed Celine!". But then a secret from Celine's past was unveiled and I was like "She killed herself!". But then something happened and I changed my mind again!
I loved that the book was from Maggie's POV but that there were some chapters from Celine's POV.

The characters in He Will Be My Ruin are great and I couldn't help but love them.
Maggie is an humanitarian. She is very strong and independent. But she's also very sweet and kind. I love how loyal she is. She knew Celine and she didn't believe that she took her own life and wouldn't stop at nothing to find the truth.

He Will Be My Ruin is an incredible book. K.A. Tucker wrote a fantastic story with awesome characters. Her writing style is flawless and makes you connect with the story and the characters.
Can't wait to read more! 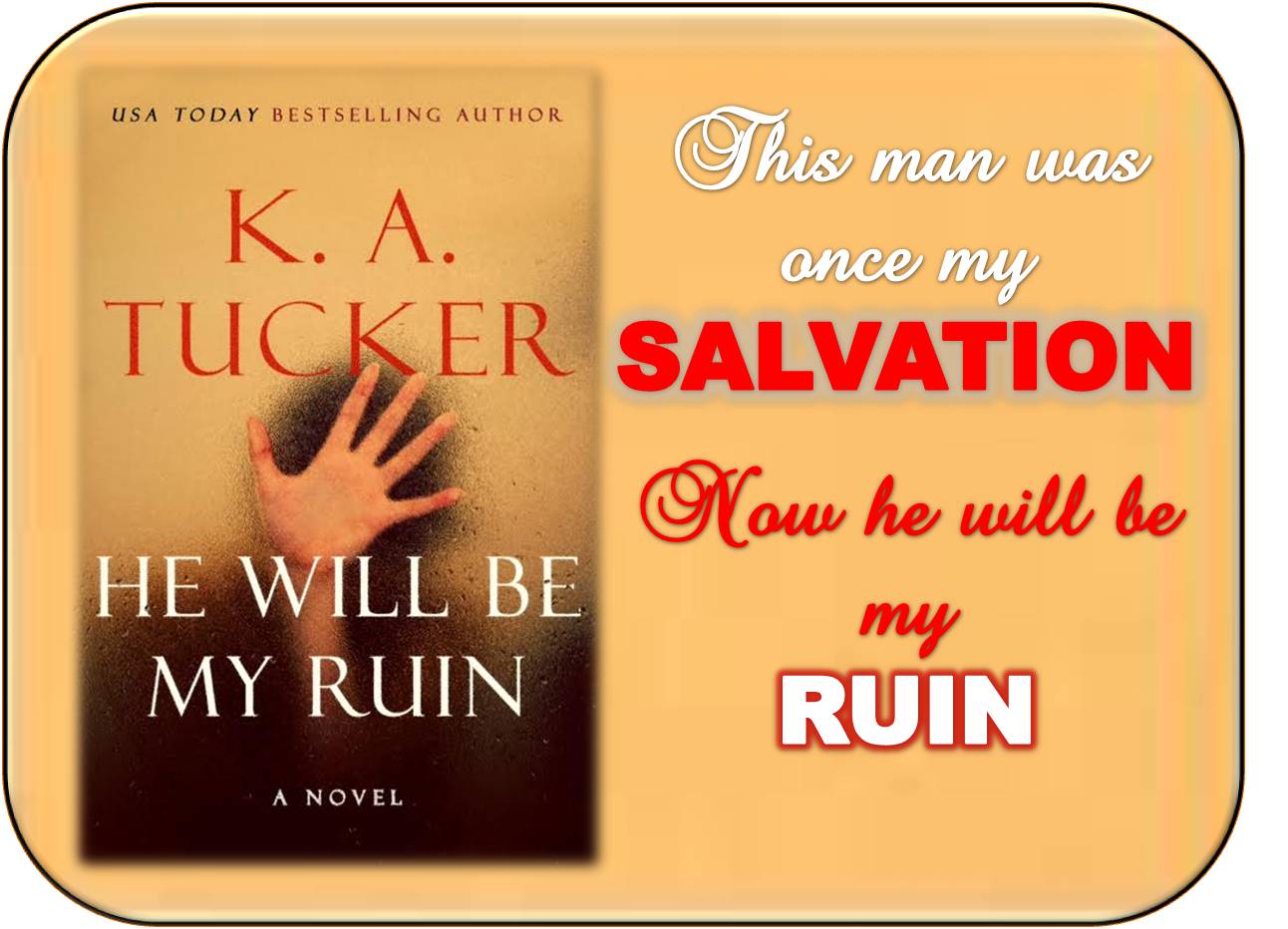 "I need some advice, Grady, and I have no one else to ask."

"If you needed answers and the only person to give those to you was a person you didn't know, had never met, and who might not like the questions you have to ask, what would you do?"

He twists his lips in thought. "I'd create a situation to meet this person, and make it hard for them to refuse me."

He exhales heavily, his warm breath grazing my cheek telling me that he's facing me. "Find common ground. A location, a purpose, an acquaintance. Force the meet and then work your questions around the real ones that you want to ask. You can get a lot of information out of a person just by treading too close to what they don't want to talk about. The look in their eye, their facial expressions, the way they react to the mention of a name, or a place."

Grady seems more intelligent than what I'd expect of a pot-smoking building super. "You sound like you've been in my situation before."

"Once or twice. Maybe." I hear the smile in his voice.

Find common ground. Force the meet. The only common ground I have with this guy is now six feet underground in a San Diego cemetery.

There is something that we're both very familiar with.

I pull out my phone and scroll through my emails to find the one with her phone number. I know this is beyond inappropriate, but once I get something in my head, there's no dislodging it. Plus, I'm high.

"Hi... Is everything okay?" She definitely sounds shocked to hear from me.

Grady watches me quietly. "I'm sorry to be calling so late. You know how you offered help with anything I needed? Well, I need a favor."

Born in small-town Ontario, K.A. Tucker published her first book at the age of six with the help of her elementary school librarian and a box of crayons. She currently resides in a quaint town outside of Toronto with her husband, two beautiful girls, and an exhausting brood of four-legged creatures. 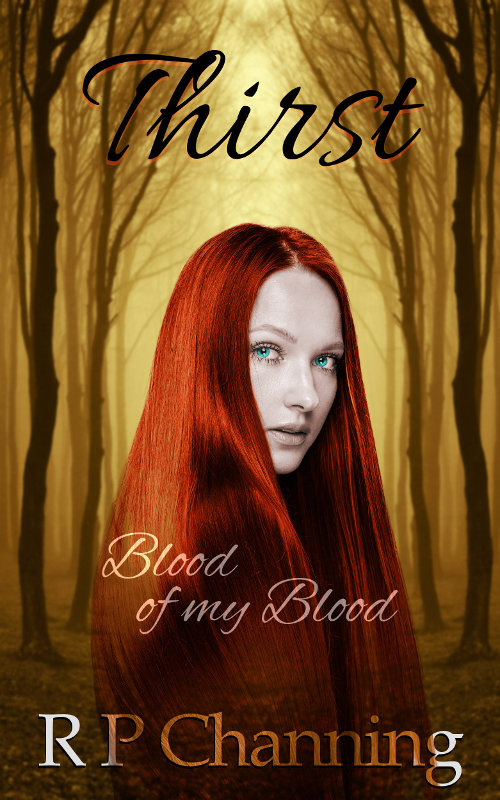 After a near fatal accident (and getting cheated on by her 'boyfriend'), and beating up the lead cheerleader (with whom the boyfriend cheated...), and being labeled as having 'issues' in her school because she, uhm, sees ghosts, Kira is left with two choices:

1. Continue her 'therapy' (where she's told the ghost is a hallucination and also gets her legs ogled too often...)

2. Go to Starkfield Academy, a boarding school for "Crazies and Convicts" (as the social media sites call them.)

She chooses the latter...

Cory Rand has not had an easy life. His mother died in a car accident when he was twelve, and so did his mother's best friend... sort of. You see, Janice made a promise to take care of Cory just before she died, and so she lingers. Undead. A ghost that watches out for him.

Brought up in an abusive home, Cory quickly falls into a life of disreputable behavior. After his third offense (which was prompted by a girl, as usual - he has a weakness) he's left with two choices:

1. Be tried as an adult and share a cell with a guy named Bubba (he thinks...)

2. Go to Starkfield Academy, which Cory is pretty sure is run by vampires. But, hey, at least he'll get an education.

He chooses the latter...


It's at Starkfield that Kira meets Cory Rand, a boy with an insatiable Rage who sees ghosts, too. As well as other things, other things from his past, things that confuse him, things like fire and witches and demons.

My life was perfect.

But then there was Jack.

Jack was a problem.

He needed to go. I mean, when you're dead, you're dead! I had told him this endlessly. Somehow, Jack didn't get it. I mean, I felt sorry for the guy. Sure. Being stuck between this life and the next. But just because I found him, does that mean I needed to keep him?

Sadly, when Jack got that look in his eyes, that weary, almost teary (if his tear-ducts worked) look, I melted. I just couldn't send him away. Not even Jack knew where he would go after he died.

Would he, like, die? As in — dead, nada, kaput, finito, gone, no more? Bye bye, sayonara, ciao, hasta la vista baby and all that?

I couldn't have that on my conscience. No way.

I lay on my bed, wondering what to do about him. "Jaaaaaaack," I hollered.

His skin was gray and, well, dead.

"Oh, brother," I said. "I have to do something about you. If mom finds out I have another 'imaginary friend' — at my age — well, I'd die of embarrassment. But, like, really die. Not like you." I wondered about this. Would I die? Was Jack a freak accident, or did all people live on like him? Think of the cemeteries...

The idea excited me somewhat.

"What would you have me do, Miss Kira?"

"Knock off the Miss Kira crap. I told you it's just Kira."

The dead. There's just no reasoning.

"Fine, Miss Kira it is then." Rover barked like a lunatic in the garden. No one else might be able to see Jack, but I was sure my dog could.

"I have to do something about this," I mumbled.

R.P. Channing started writing three years ago, but never published anything even after churning out over a million words of fiction. Thirst: Blood of my Blood is the first book he dared to publish. When asked why, he said, "Because it's the first thing I wrote that my wife actually enjoyed reading." When not hammering away (most literally) at his keyboard, he can be found buried in a book, reading anything from romance to horror to young adult to non-fiction to comedy.

At the back of the book there is a giveaway link. Once the book hits fifty reviews on Amazon, one of those reviewers will win a $20 (US Dollars) Amazon Gift Voucher!

♡ Hottie of The Day ♡ Andrew England