You Are Invited...
To the Wedding of the Year

We are over the moon excited to bring you the Review & Excerpt Tour for Laura Kaye's Hard Ever After, a novella in Laura's New York Times and USA Today bestselling Hard Ink Series releasing February 2, 2016!

Grab your copy of the amazing final book in the Hard Ink Series today!

Hard Ever After
Hard Ink #4.6
by
Laura Kaye

After a long battle to discover the truth, the men and women of Hard Ink have a lot to celebrate, especially the wedding of two of their own — Nick Rixey and Becca Merritt, whose hard-fought love deserves a happy ending.

As Nick and the team shift from crisis mode to building their new security consulting firm, Becca heads back to work at the ER. But amid the everyday chaos of demanding jobs and their upcoming nuptials, an old menace they thought long gone reemerges, threatening the peace they've only just found.

Now, for one last time, Nick and Becca must fight for their always and forever, because they know that when true love overcomes all the odds it lasts hard ever after. Nick nailed Becca with a stare. As he watched, she made a valiant effort to button up just how upset she was, and that made him worry even more. He knelt down in front of her, his hands on her knees. "What's going on?"

She shook her head, and his heart fucking broke as he saw her struggle to find her voice and hold back the tears.

Kat grasped something from Becca's lap and held it out to him. "Someone left this in front of Becca's locker at work today."

Frowning, Nick accepted the small, floppy, black-and-brown stuffed animal into his hand. He guessed it was supposed to be a German shepherd, and the damn thing was missing a leg. It looked like someone had cut the back leg off and stapled the opening closed. What the hell?

"Look at the neck, Nick," Kat said, her voice serious.

He flipped it around, and that was when he noticed that the animal was so floppy because the head was connected to the body only by a thin strip of material along the back. He might not have thought much about that if someone hadn't gone to the trouble of spray painting the torn opening red. As if the neck had been slit. "Sonofabitch," he said, hot prickles running down his back. "Talk to me, Sunshine."

She heaved a deep breath. "I found it at the end of my shift," she said. "I went to get my stuff, and this was sitting upright on the floor in front of my locker. I thought someone had left me a present until..."

"This is fucking twisted," Kat bit out.

The words echoed Nick's own thoughts. Twisted and threatening. The removed leg was clearly meant to communicate that the person knew Becca's dog had only three legs, which made the threat personal and specific.

"Did you talk to security about this?" he asked, making sure to keep his voice even.

Becca shook her head. "I was so freaked out, I just wanted to get out of there."

"I didn't know about this until just now, or I would've brought us home earlier," Kat said.

"I'm sorry," Becca said, turning to Nick's sister. "I just wanted to forget about it for a few hours."

"I know," Kat said. "You don't have to apologize, but I'm worried about this."

Nick nodded. "Can you think of anyone at the hospital who would do this? Who would have a problem with you?"

Hard As It Gets
Hard Ink #1 Hard As You Can
Hard Ink #2 Hard To Come By
Hard Ink #3 "TOP PICK! If you're looking for danger, gritty action, and sizzling passion, then Kaye has just the book and the series for you."
RT Book Reviews Magazine

Laura is the New York Times and USA Today bestselling author of over a dozen books in contemporary and paranormal romance. Growing up, Laura's large extended family believed in the supernatural, and family lore involving angels, ghosts, and evil-eye curses cemented in Laura a life-long fascination with storytelling and all things paranormal. She lives in Maryland with her husband, two daughters, and cute-but-bad dog, and appreciates her view of the Chesapeake Bay every day.

The Sulfur Heights Series by M.S. Brannon takes you on a journey of unforgettable characters while intertwining six stories of heartbreak, love, pain and triumph. The series opens your eyes to a troubled community where the southside is overrun by violence, drugs and poverty. It's there you're introduced to the enigmatic Evans brothers; each have a story of their own and each brother has their own adversity to overcome.

The series begins with Reggie and Darcie's story in Scarred Love. Here, you are introduced to the unconventional Evans family — a family brought together by death and drugs only to be forced to survive the horrors living outside their living room window. Events occurring in this heartbreaking story trickle down to the remaining brothers, causing them to fight to keep their love and family together as one.

"Shut up. Your damn mouth got us into this mess, now you're going to get us out," I snap back, purposely pissing her off so she will focus on anything other than what she’s actually about to do.

"Don't tell me to shut up!" Her eyes are set to kill as glares fly in my direction. Good, now she's pissed. This is the right frame of mind that will make the slim chance of winning successful.

"Don't do anything or say anything, got it? Listen to exactly what I'm saying and do exactly what I say when I say it! Do you understand?" I hold her chin, turning her head toward me and say, "You've got to trust me."

M.S. Brannon was born and raised in the Midwest. She still resides there today with her wonderful husband and son. When she is not writing or reading, M.S. Brannon spends time with her family, watching movies, and discovering new music. She writes romance because she believes love and heartache is the rawest emotion one can experience. 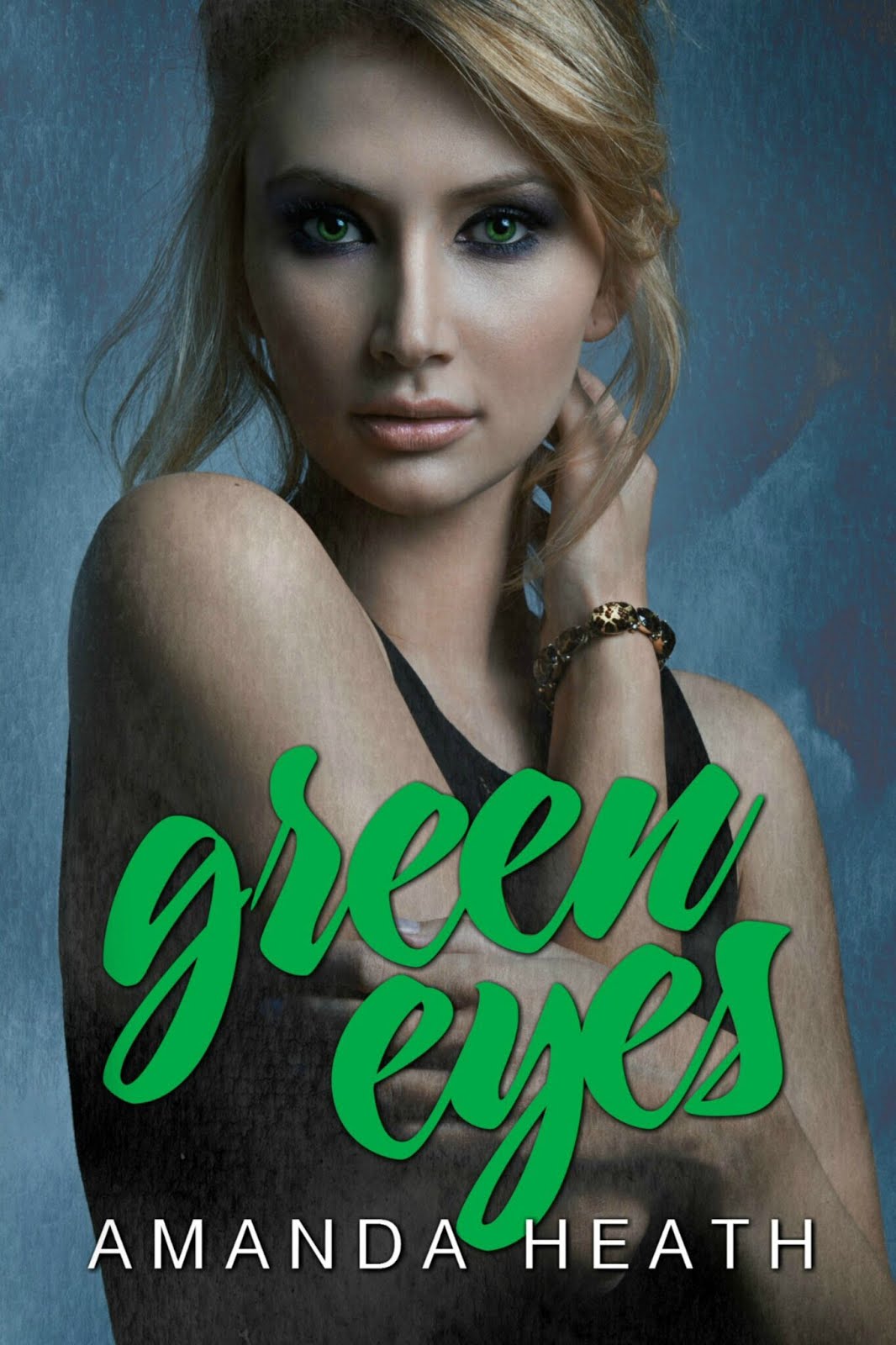 My name is Alexis Michaels and my life is pretty lonely. Don't feel sorry for me, I've made it that way.

Ten years ago my family did things to lose my trust and stomped all over my love. If I never see any of them again it'll be too soon. Bitterness and betrayal make me a very angry girl.

Five years ago I made a horrible mistake when I fell in love with the wrong man. I also got pregnant and had the most beautiful baby girl in the world. I'm terrified every day that my actions could come back to haunt me and she'll have to pay the price.

Now I'm on the set of the first movie I'll have filmed since I got pregnant. My leading man is a sexy asshole named Ryan Danse. Our chemistry is out of this world. We're sure to make movie gold. The Australian actor makes me feel things I don't want to feel. I've closed my heart off from the world and I refuse to open it ever again. That only leads to ultimate heartbreak.

Ryan's connected though, connected to my family. I just know if I open my heart to him, I'll have to let them in as well. It's hard to keep myself closed off from him when he looks at me with those intense blue eyes.

Maybe I'm too hard, maybe I'm just a bitch, but forgiving a decade-old hurt I've left open, bleeding and infected, isn't something I'm willing to do just because I love the way his hands feel on my body or the way he calls me green eyes.

I find myself wanting to tell him my secrets. I crave the touch of his hands. I long for his eyes to fall upon me and all that other mushy crap. I'm so obsessed I might do just about anything to have the love of this man. 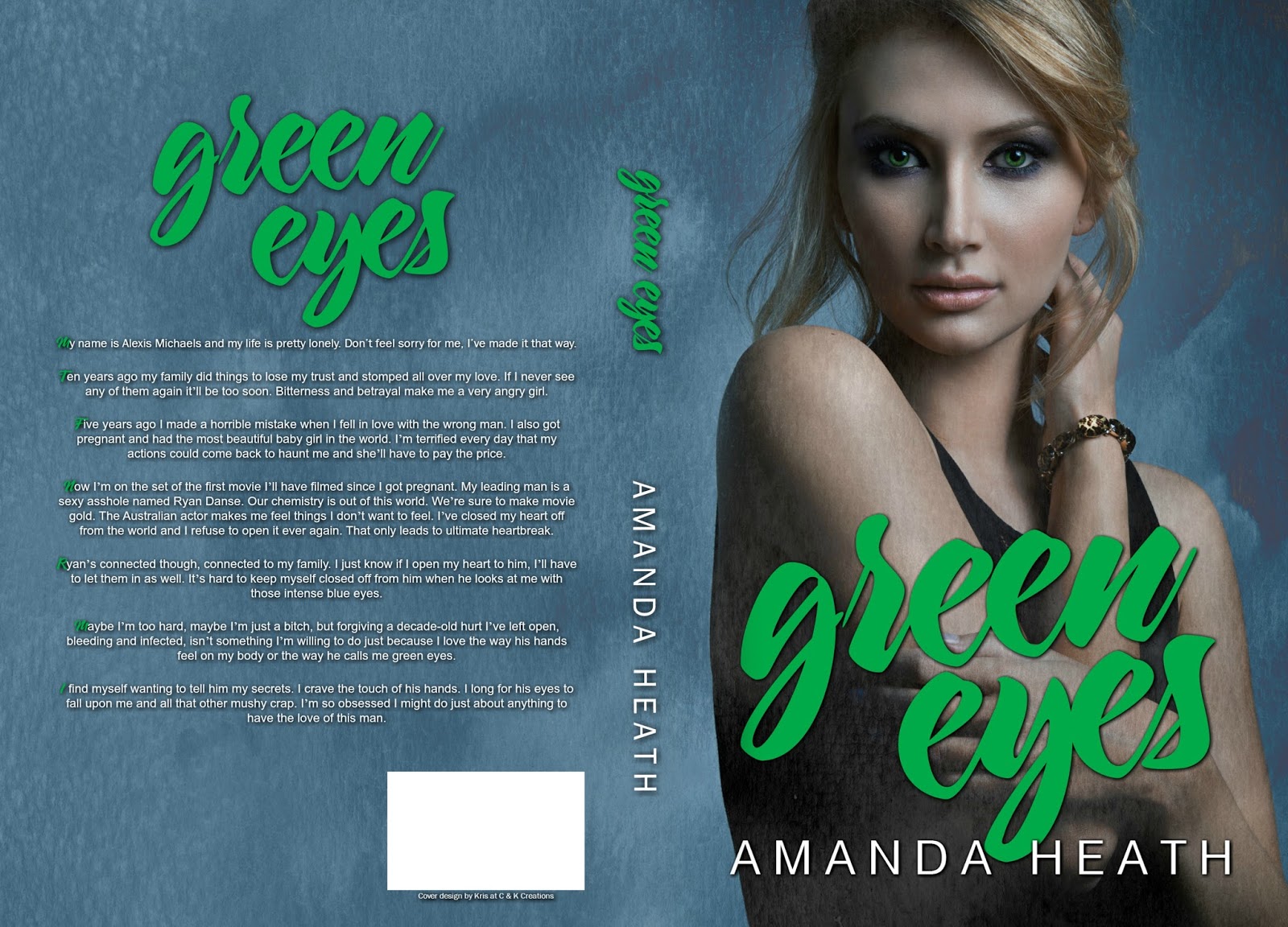 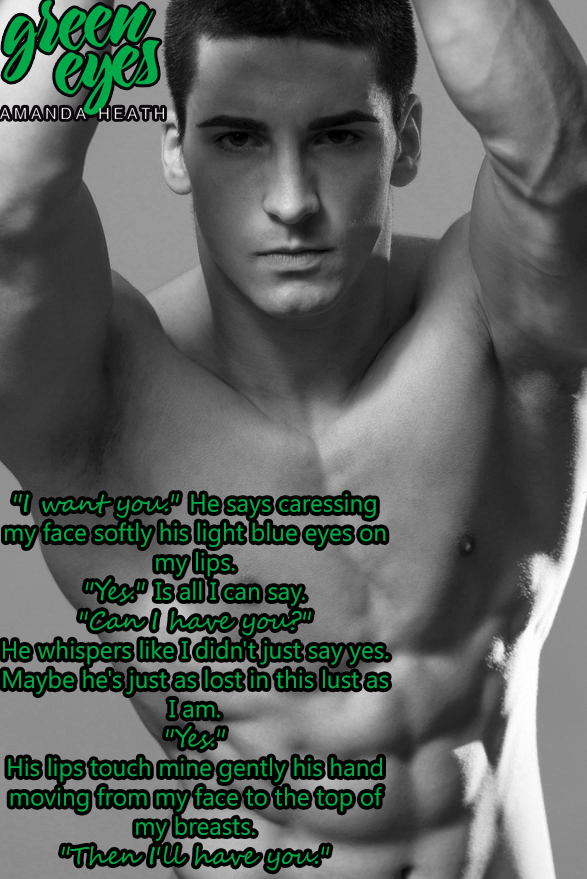 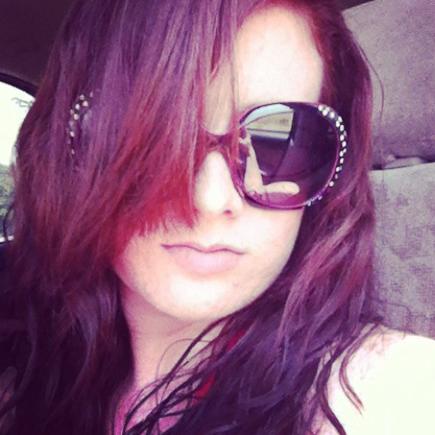 I live in southern Arkansas with my husband and young daughter. There is also an insane Boston Terrier running around. I've always been a lone wolf and find my friends in books. I started writing at a young age and I haven't stopped since. Most days you can find me either glued to my laptop or my kindle. My first novel, This Beautiful Thing was an Amazon best seller for 11 weeks and a year later I'm still tickled to see people enjoy it. I may not be a huge seller but I have the best fans ever and I thank God everyday for every single one of them. I am loyal, but I will betray you.

I am strong, but I have scars.

I am an angel, but the devil.

I met her when I was sixteen and she was a breath of fresh air. She swooped in, making me smile. But then she left, taking my next breath with her.

Her smile could light up a room, making my black heart pitter patter.

I found her again ten years later, with a syringe in her arm.

Blood coming from between her legs.

She was broken and I was glad she was broken. She wouldn't think less of me and my damaged ways. 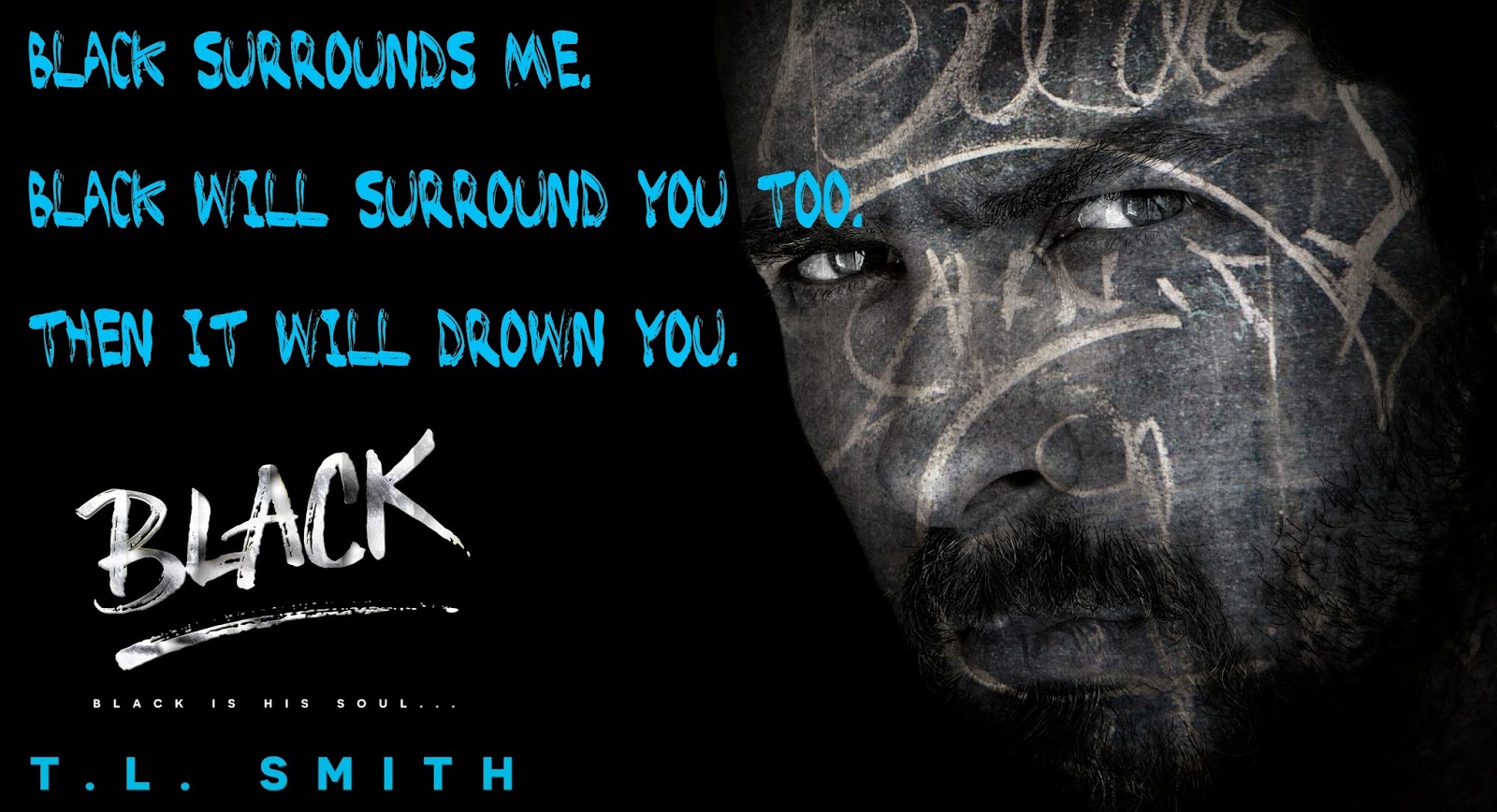 T.L. lives in Brisbane, Australia with her 2 children, she started writing because of her love of reading.

She used to doodle with ideas when she was younger, but never wrote too much.
Her life dream is to be a full time author and if you ask her, if she is like her characters.

I am like both of the characters from my two book series. I think I have put a bit of myself in both... Krinos tends to say things without thinking, I do the same. She also rules the roost, and I do the same in my household.

Her celebrity crush is Chris Hemsworth, she loves chocolate ice cream, her biggest pet peeve is nails on a chalkboard and she is not a fan of having her photo taken.
She loves being part of the Indie Book world, and has made some amazing friends along the way.

But, she acknowledges she could never do what she does if it wasn't for the bloggers that pimp her and the fans that support her and read her books.