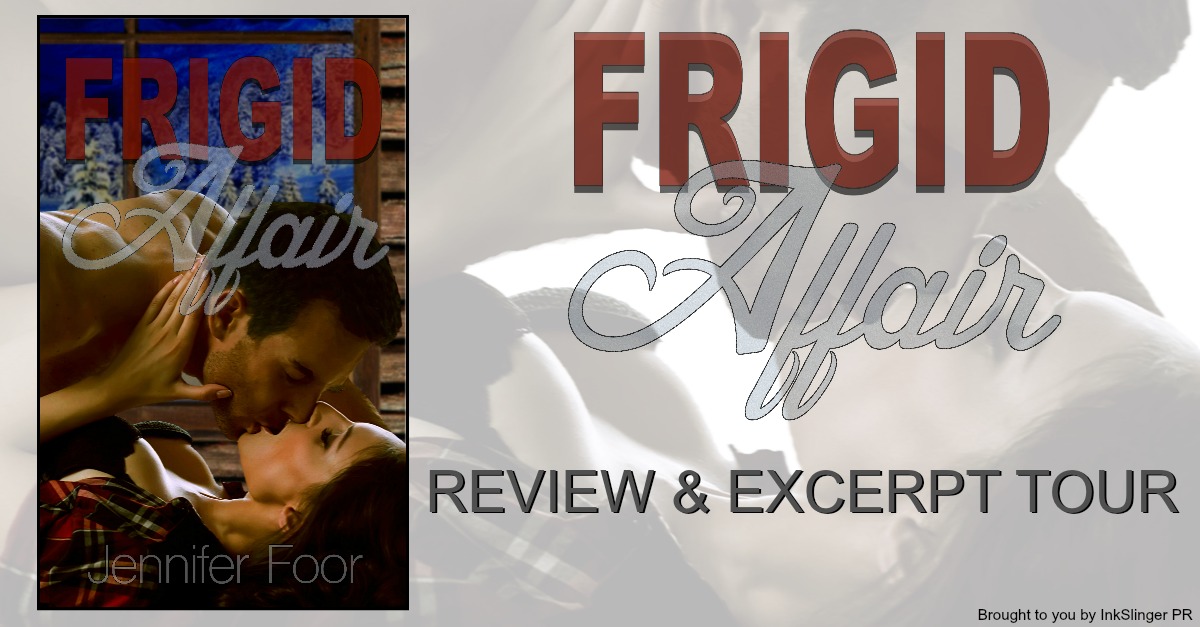 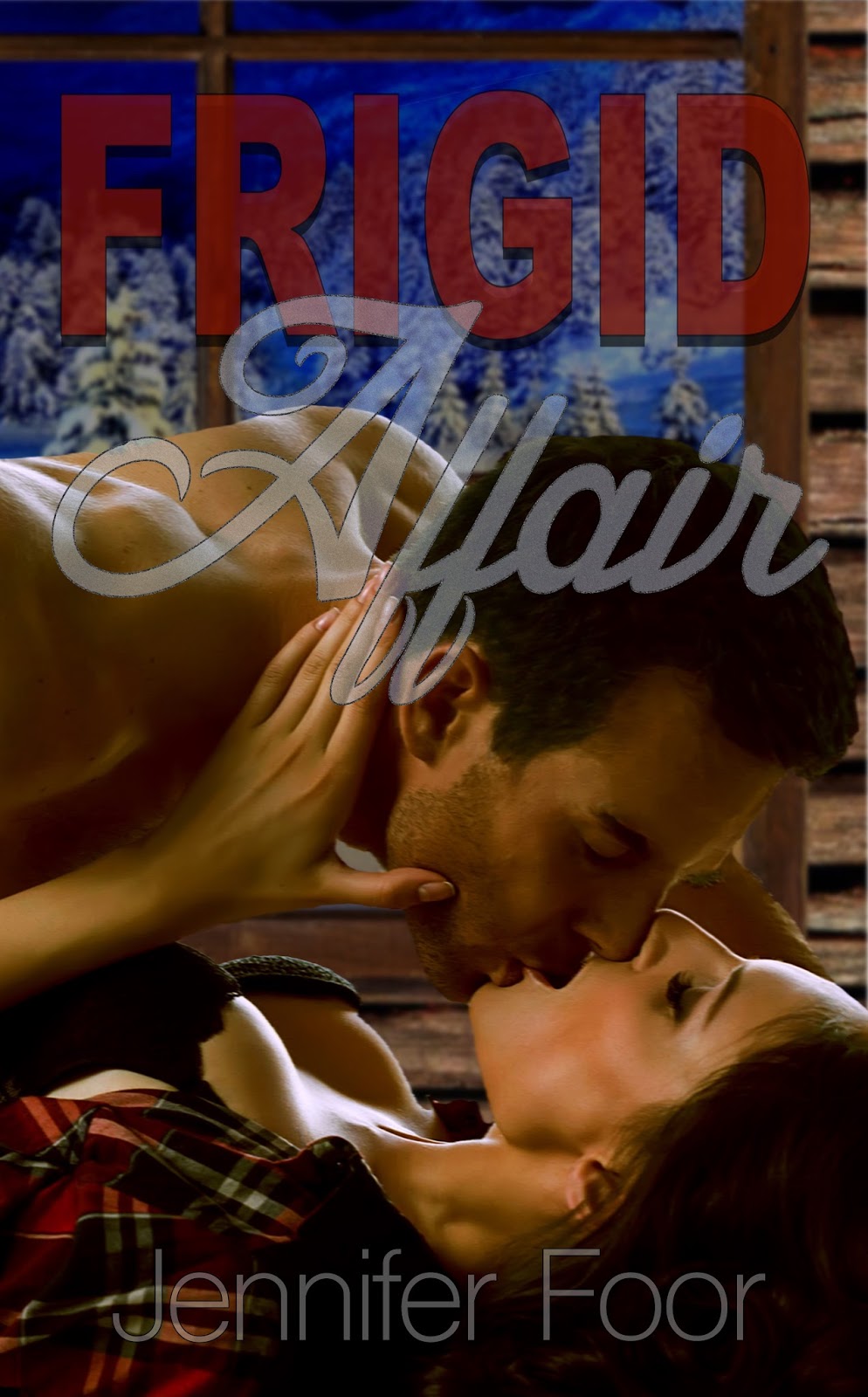 A treacherous winter storm brought him to me. While the wind ripped, freezing everything in reach, he was a warm distraction, albeit a constant reminder of what I'd been missing. I thought I'd never see him again. I was content with it being a one-night-stand.

"You're my hero. You saved my life. Let me thank you properly."

He scratched his head. "For a second I assumed you were going to compliment me. Now I feel like the only guy left for the job. You really know how to make a man feel wanted."

I let a cackle slip out. "I'm sorry. I suppose I tell it like it is." I took my finger and looped it into the hem of his pants. He stepped closer, breaking the distance between us. There wasn't time to look in the mirror and tell myself how inappropriate my mother would say I was acting. This was my life, and parts of me were tired of being neglected. I needed to feel something other than alone, even if only for a little while. "How about we take off these clothes before the warm water runs out?"

His hand latched onto my chin, bringing it up until I could feel his lips grazing over mine. "If you want someone to give it to you good, I can be your guy. I just need you to make me a promise."

"You can't hold back. I know we're battling sleep deprivation, and at some point we're going to crash, albeit I don't have anywhere else to be, at least for the next ten or so hours. Let's forget who we are and what happened in the past. Tonight, it's just us. If you can do that, I'll be whatever you need me to be. I want this to happen. I didn't think I would, but I can't resist giving you what you want, not when I need it too." With regard to what he said, I tried to read his expression. He seemed like he was battling demons, and I wasn't in the mood to stop and ask if he wanted to talk about it. We weren't friends. I couldn't help him. I'd run away from everything, proving to be a poor example of a person who could deal with struggles.

I nodded in response. "That won't be a problem." It was true. I hadn't had sex in so long that I knew I wouldn't be able to think about anything else. My heart was racing and I felt like I was going to pass out, not at all from the smoke inhalation either. I was elated with excitement for what was about to occur between us, almost to the extent of losing consciousness.

I wrapped my legs around his waist and fell in to another kiss, this one more heated.

His tongue coursed over mine, the taste of him familiar and welcoming. 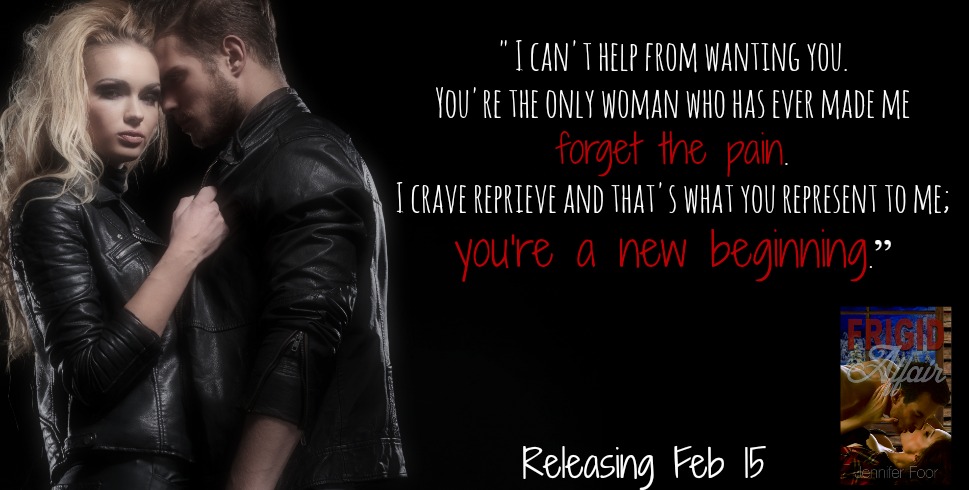 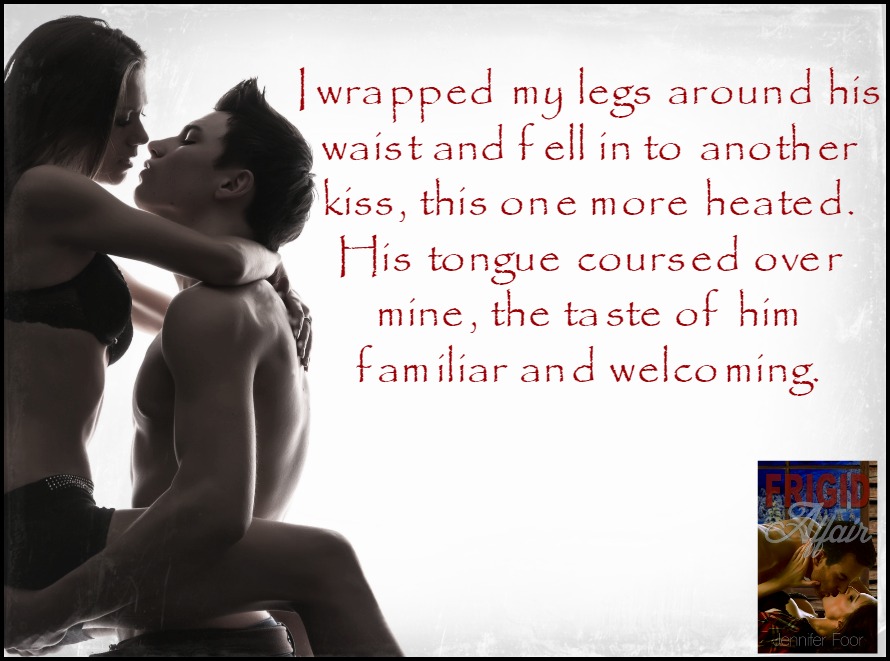 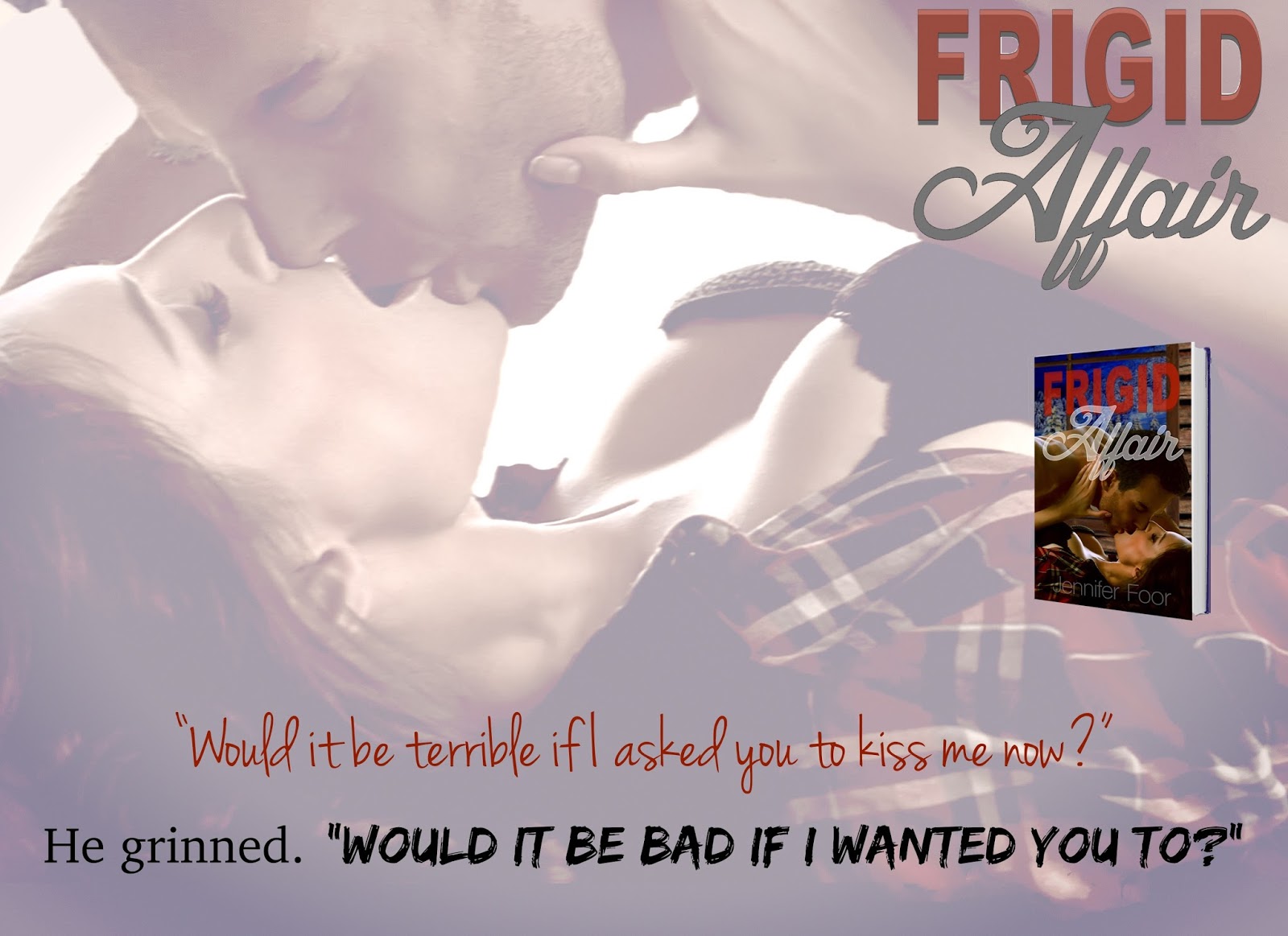 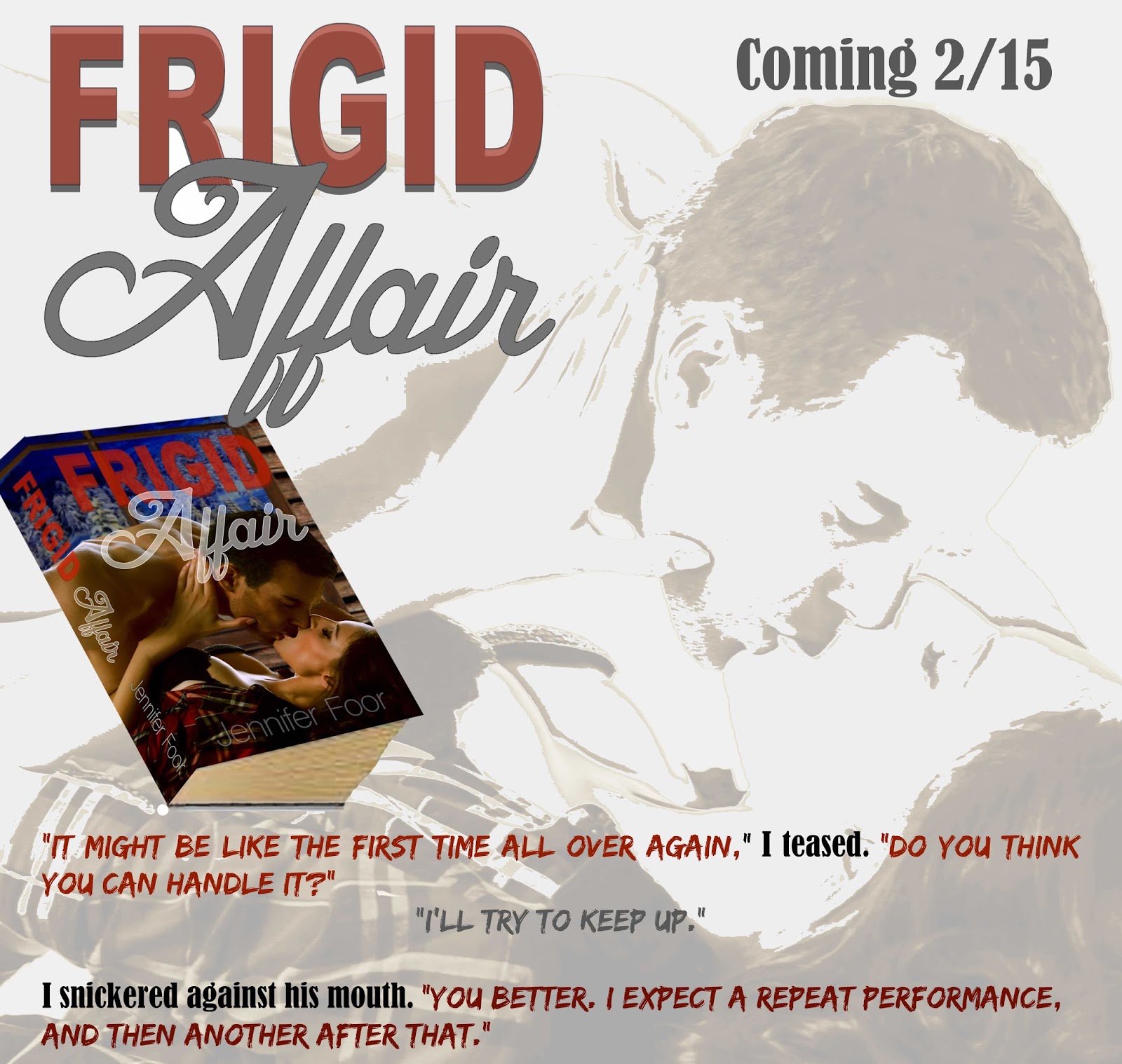 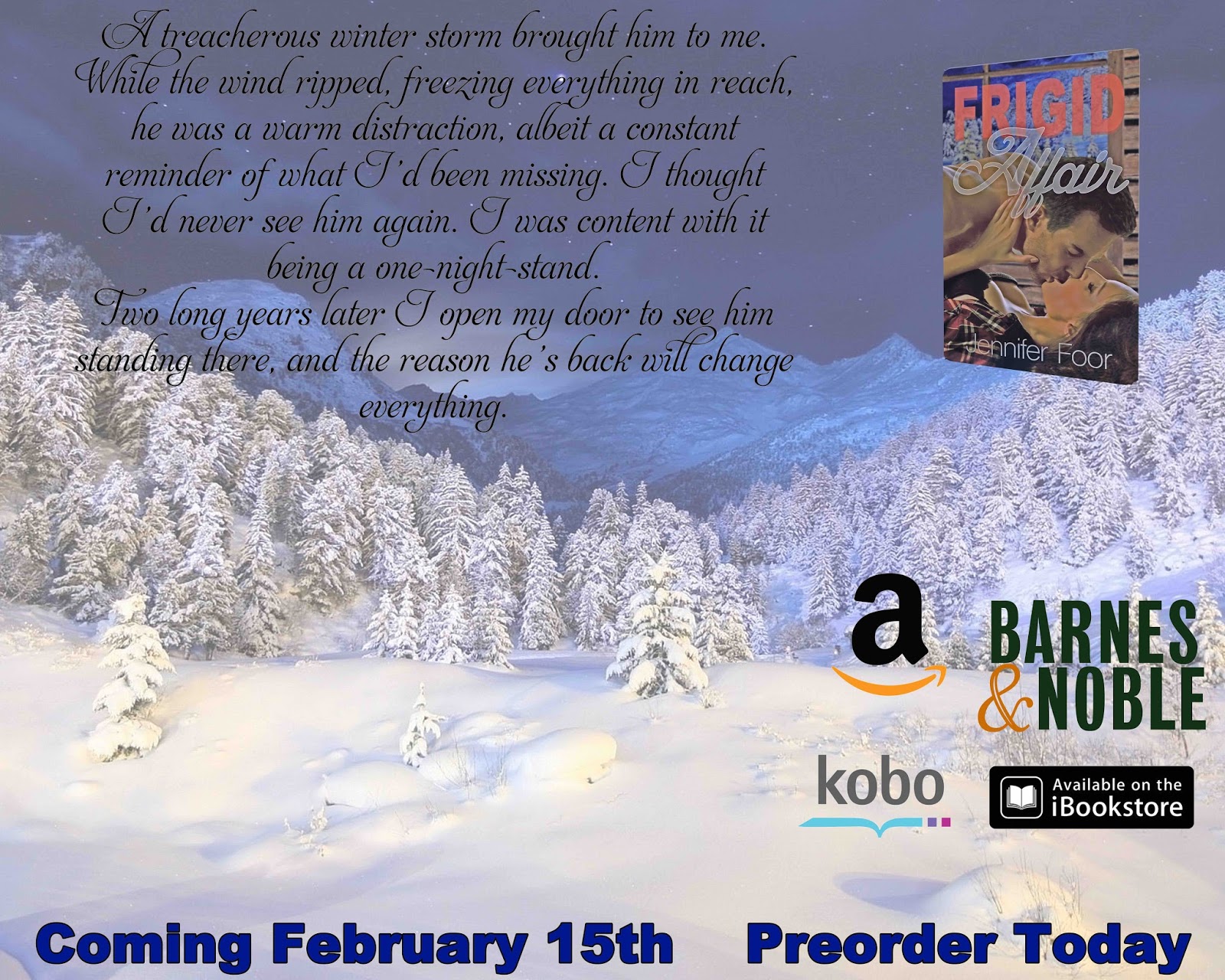 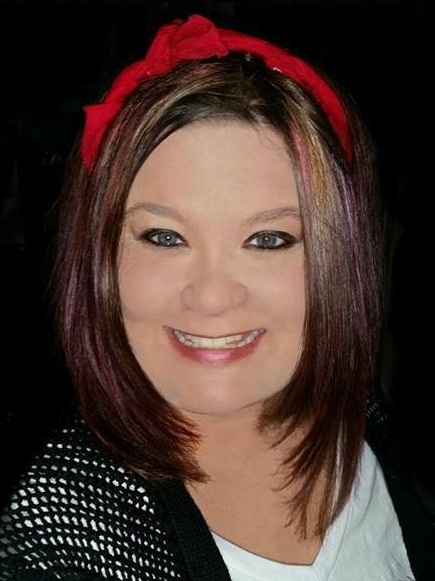 ♡ Song of The Week ♡ Naptel Xulima by HMB

Platinum
All That Glitters #3
by
K.A. Linde 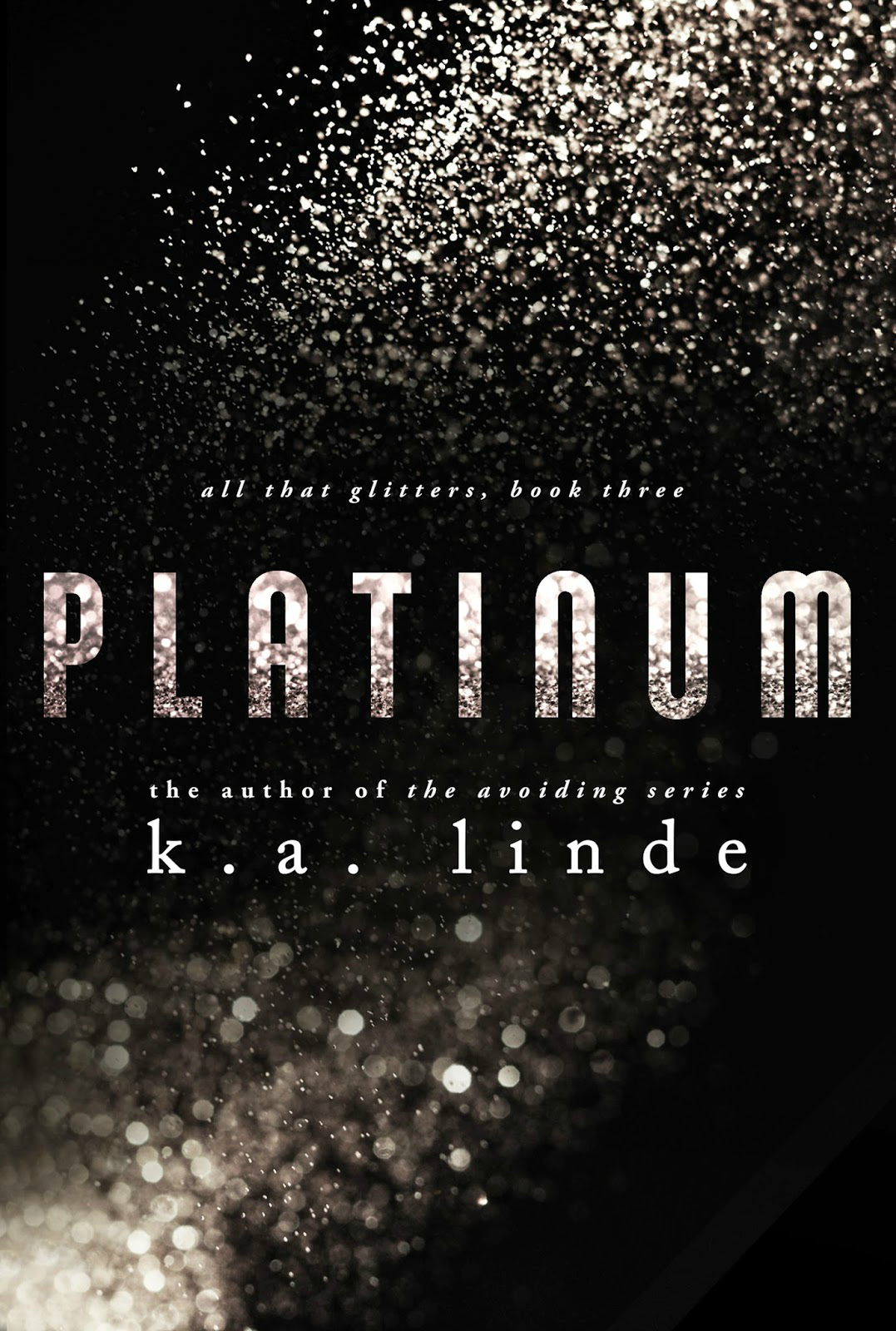 Cheating is my hard limit.

The only thing I truly fear.

My heart was shattered once before, and I swore it would never happen again. This time I chose the safe guy who wouldn't destroy me. Turns out... they don't exist.

So when the sexiest Brit I've ever met dances right into my life, I offer him a one night stand. No strings attached. My perfect rebound, with zero chance of betrayal. It's everything I hoped for. But he demands more than I'm willing to give.

I refuse to be fooled again, because I know a man I can count on is rarer than... Platinum. 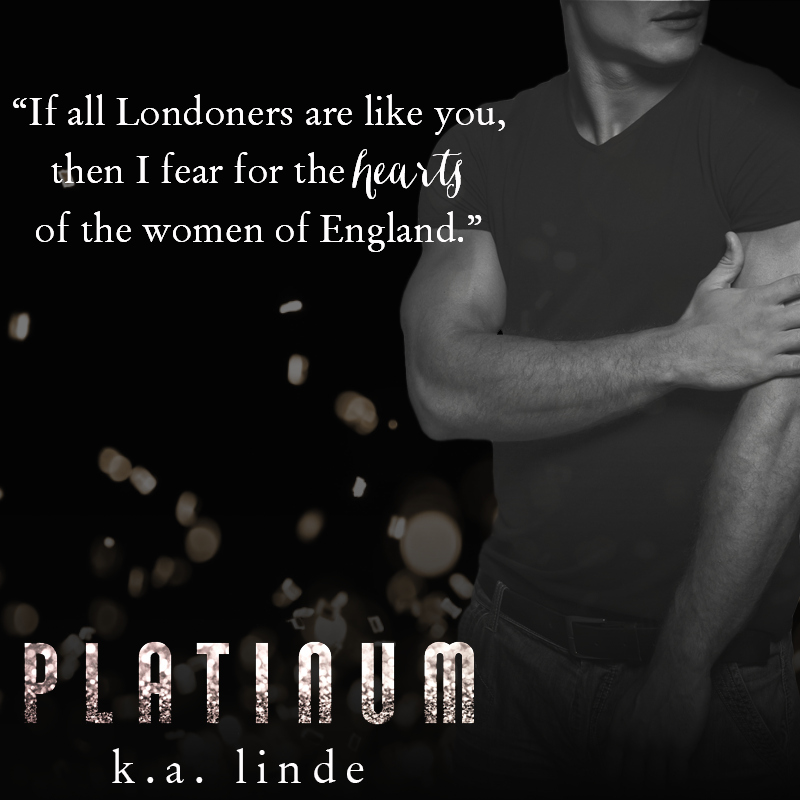 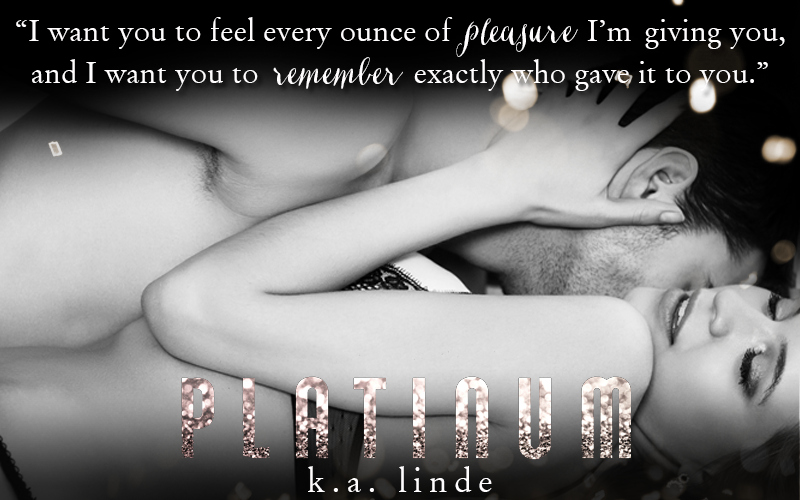 Diamonds
All That Glitters #1 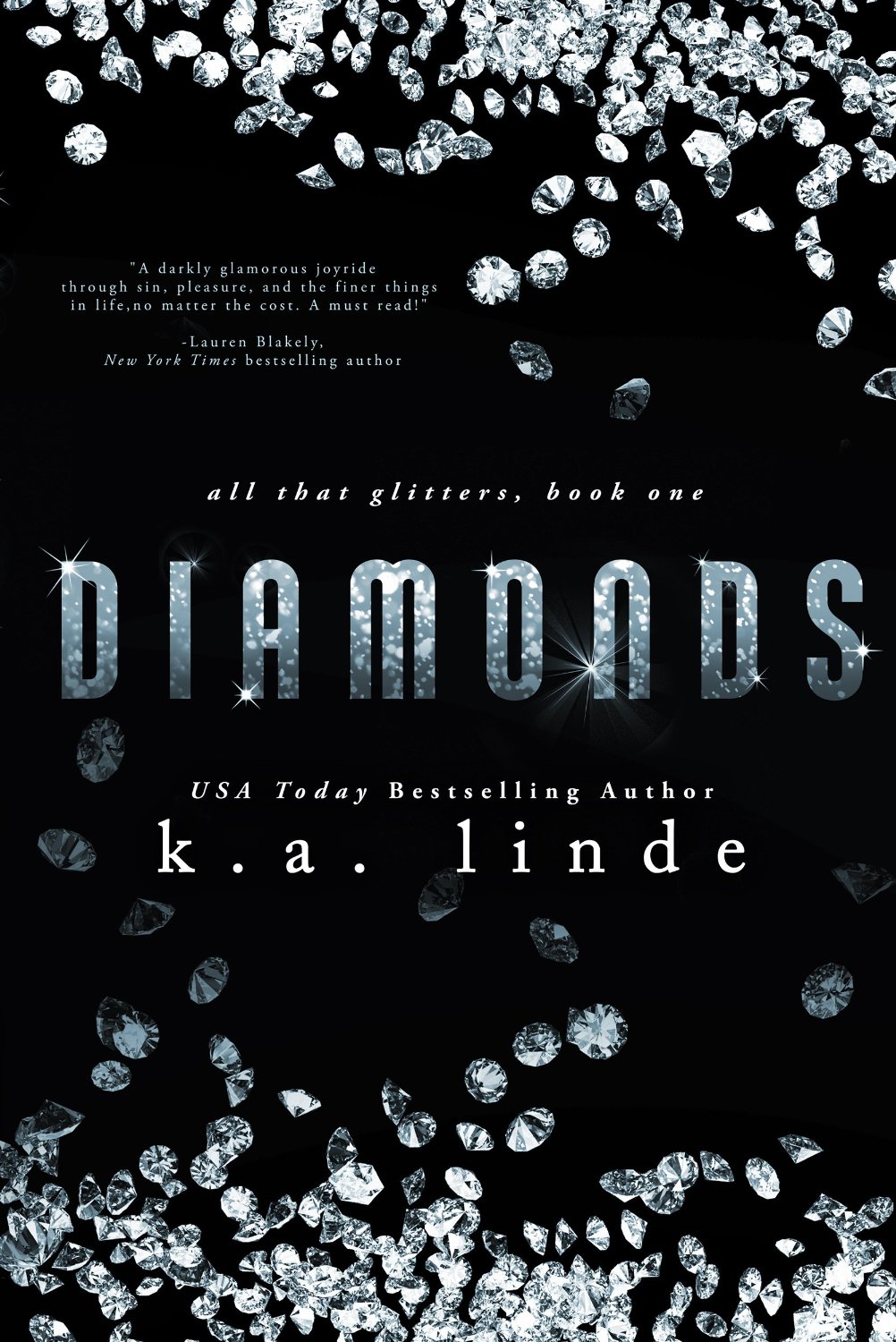 Gold
All That Glitters #2 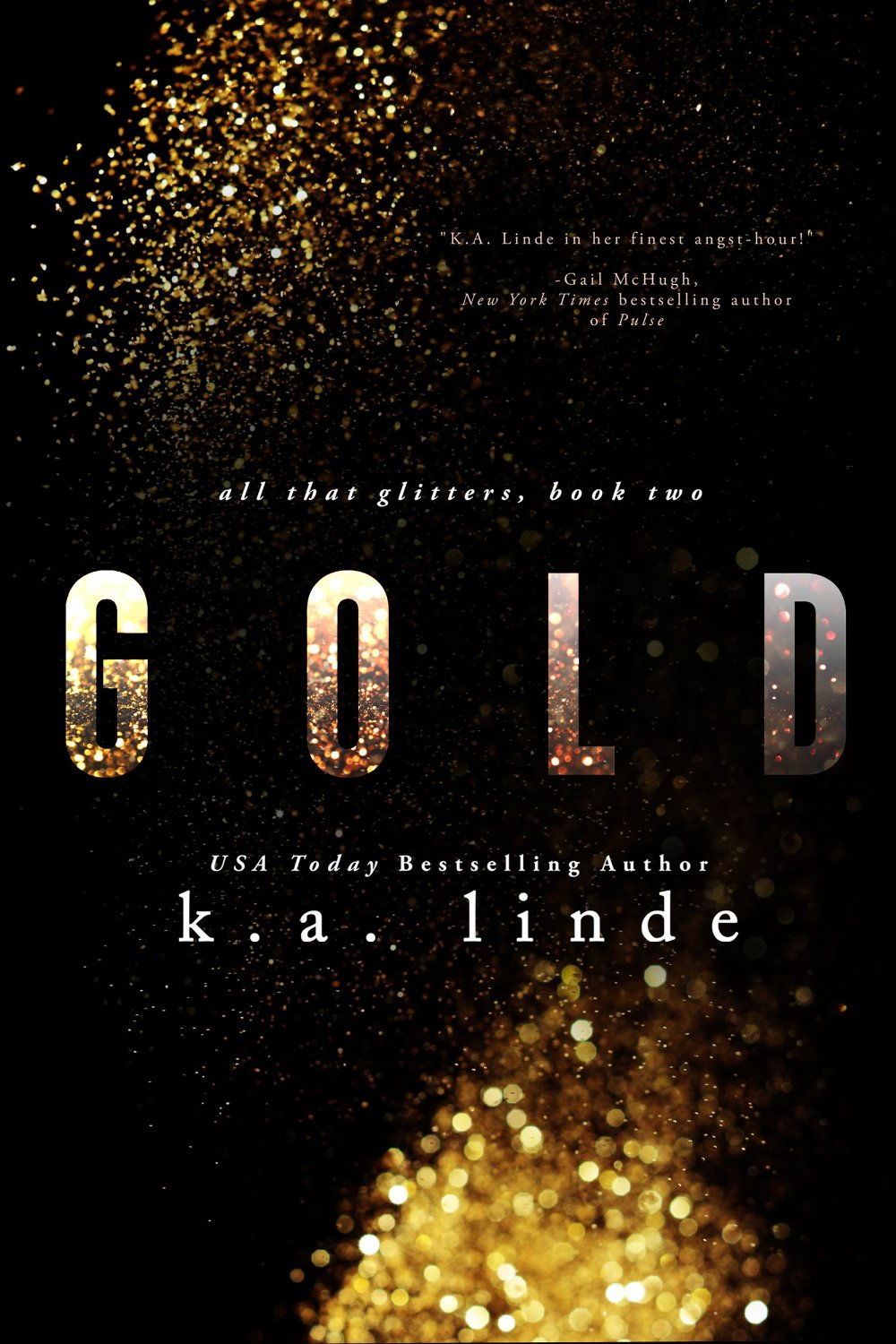 Emeralds
All That Glitters #2.5 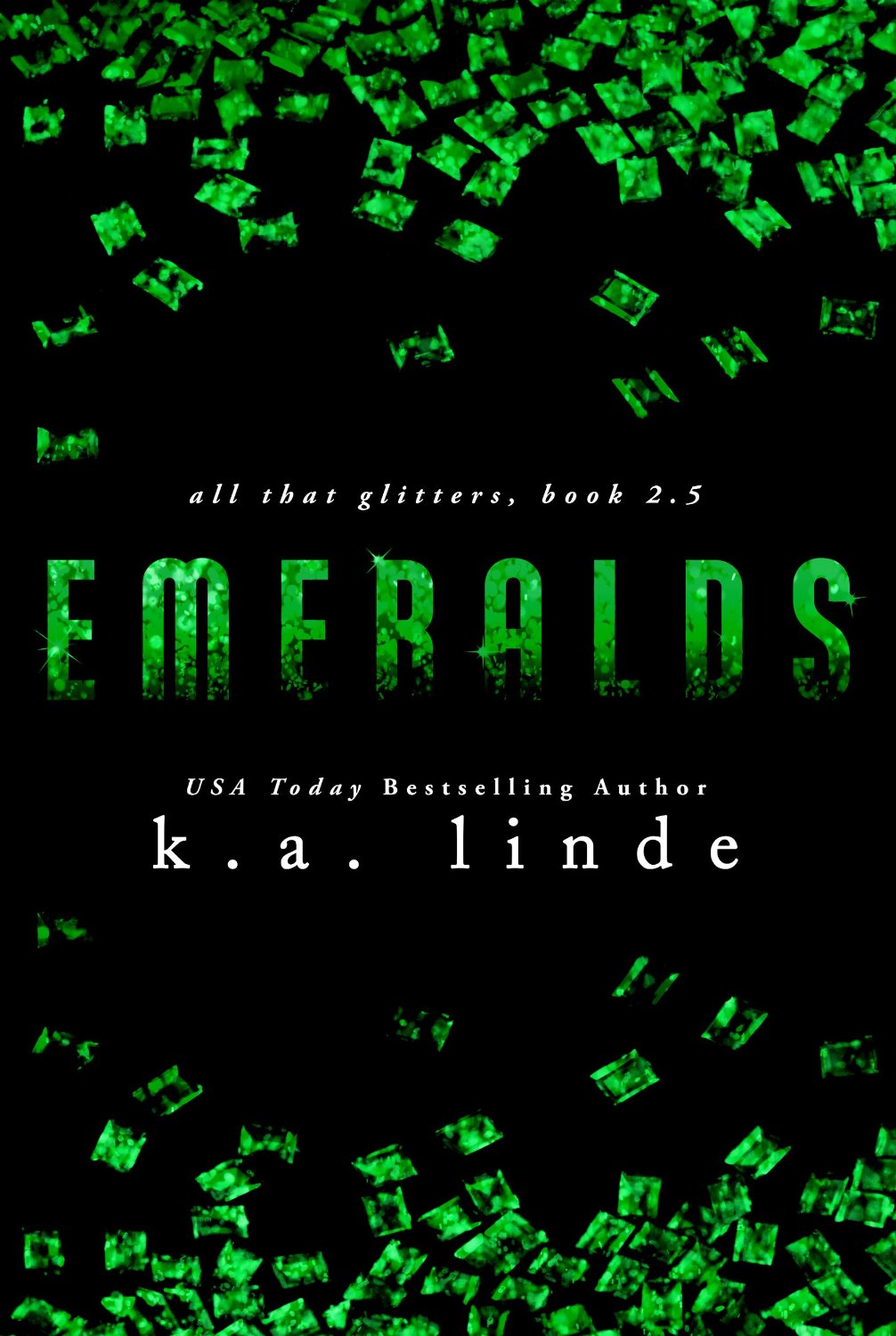 K.A. Linde is the USA Today bestselling author of the Avoiding series and the All That Glitters series as well as seven additional novels. She grew up as a military brat traveling the United States and even landing for a brief stint in Australia. She has a Masters degree in political science from the University of Georgia and is the current head coach of the Duke University dance team.

♡ Hottie of The Day ♡ Ricki Hall