L.A. Fiore is the author of several books including: Beautifully Damaged, Waiting for the One and A Glimpse of the Dream. She's also the social secretary for her two children, a tamer of ill-mannered cats, the companion to one awesome dog and married to her best friend. She likes her wine red, her shrimp chilled and her social gatherings small and intimate.

NEVER MISS A THING! SIGN UP FOR L.A. FIORE'S NEWSLETTER!

His Light in the Dark
by
L.A. Fiore 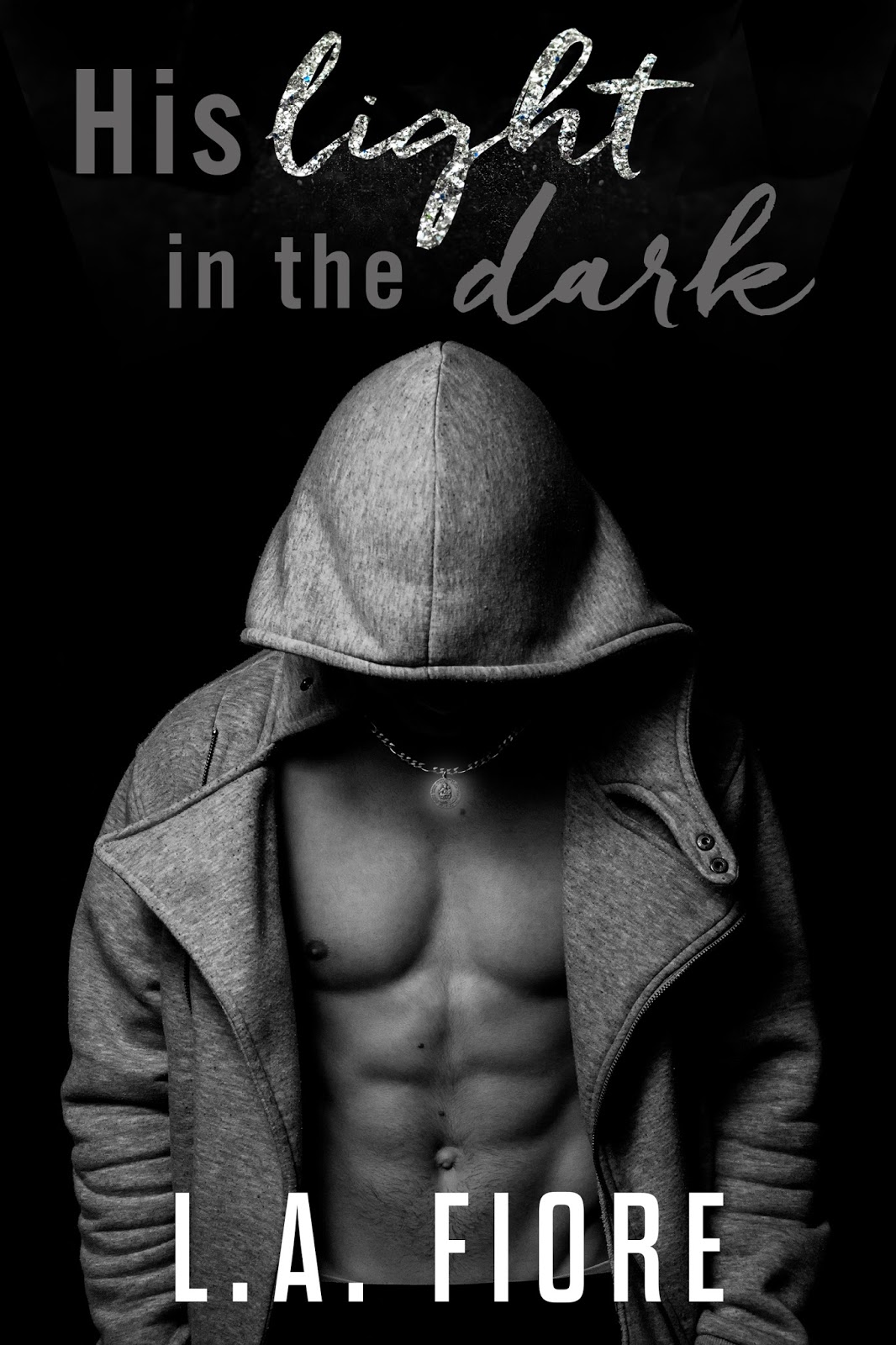 My first memory was of a slap, hard across the face: the sting on my cheek and the jarring of my bones as I slammed back into my bed. It was my dad who had hit me.

I had been four.

My new neighbor cared, rescued the twelve-year-old I had been from a beating. Always thought I'd suffer the nightmare alone, I was wrong.
Mace Donati saved me that day in all the ways a person could be saved.
And his daughter, Mia, she became the friend I had always wanted, my conscience when my own faltered, the light that led me home when I had lost my way.

The girl who grew into the only woman I would ever love.
But when you realize you're more like your father than the good people who took you in and gave you a home, the only way to return their kindness is to let them go.

I let them go, got so far lost in the shadows I couldn't remember who I was anymore. Mia never gave up on me. She fought for me, kept the light on so I'd find my way back.

And when I did, life threw us a curveball. I had to hurt Mia in order to save her.

But when my past comes back to haunt me and I almost lose her, I'm ready to fight for her... fight to find a way back into her heart while keeping the demons from my past from finishing what they started. 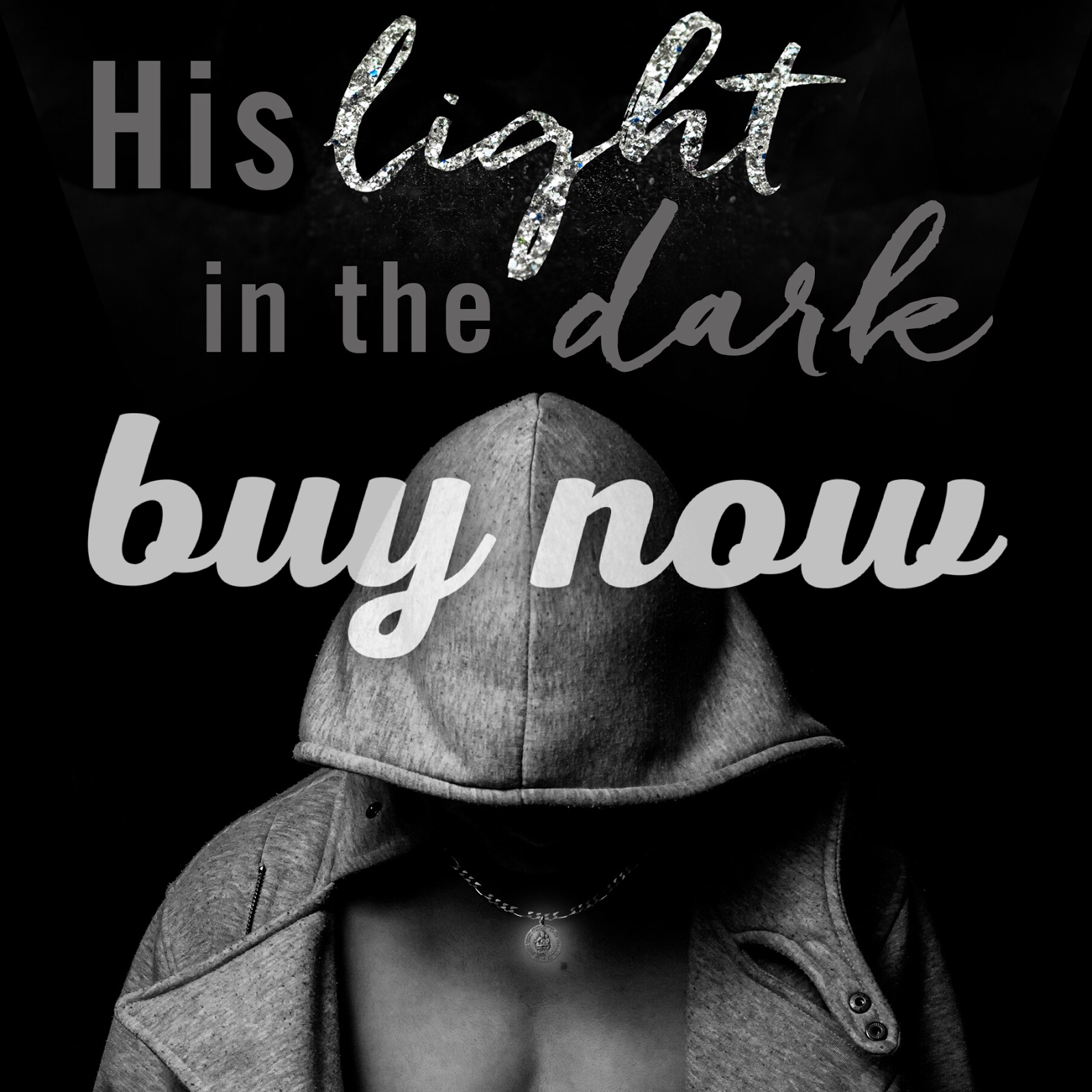 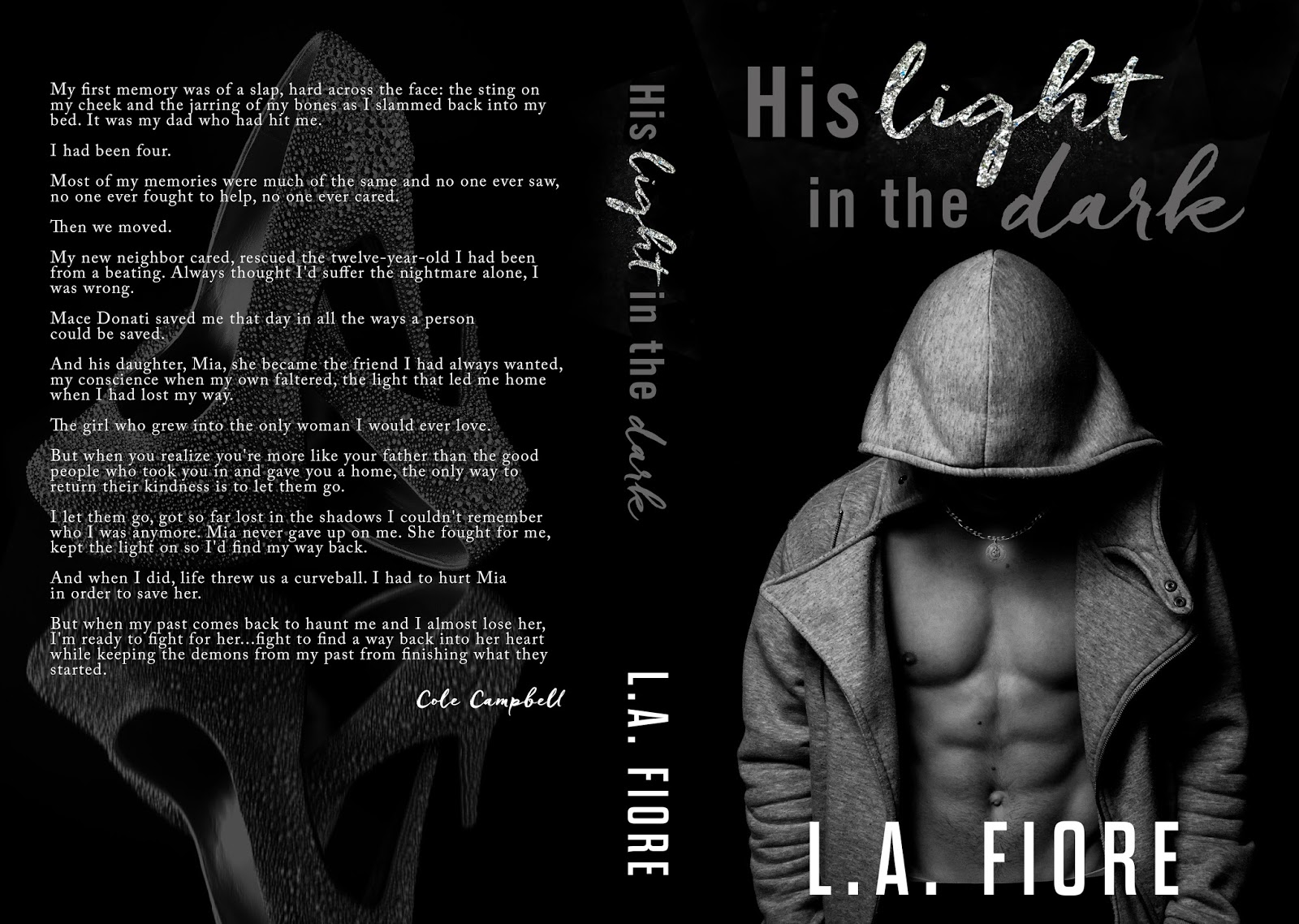 "What an emotional roller coaster that was for me... unbelievable, i loved it.. it was so different and unique." - 5 Star Review from My Book Filled Life

"It's raw, emotional, and beautiful all at once plus full of twists and turns." - 5 Star Review from Vanilla Twist Reads

"This will by far be one of my favorites for the WHOLE YEAR. I know it is only January but I am THAT sure." - 5 Star Review from Author Grace Morales 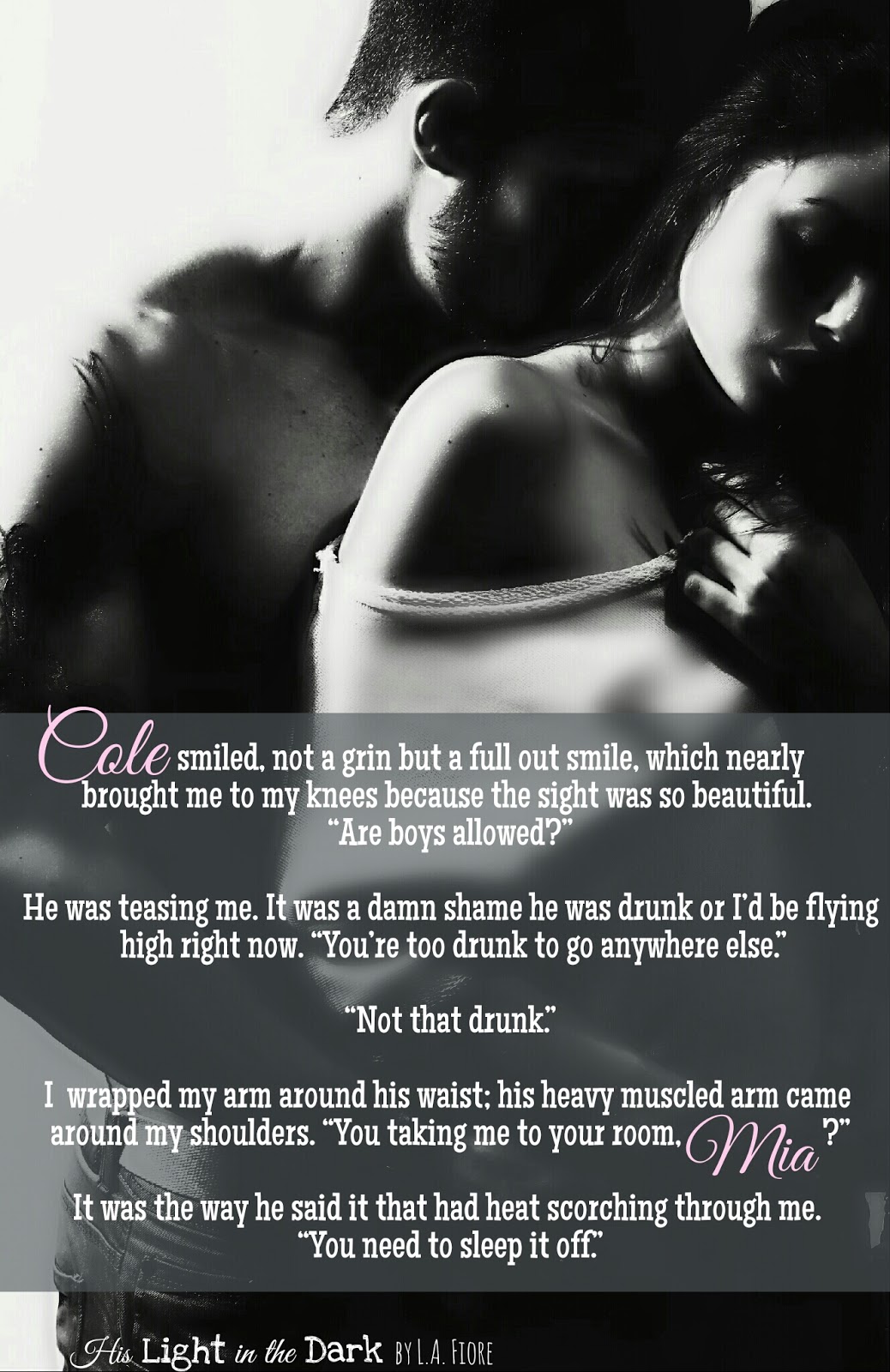 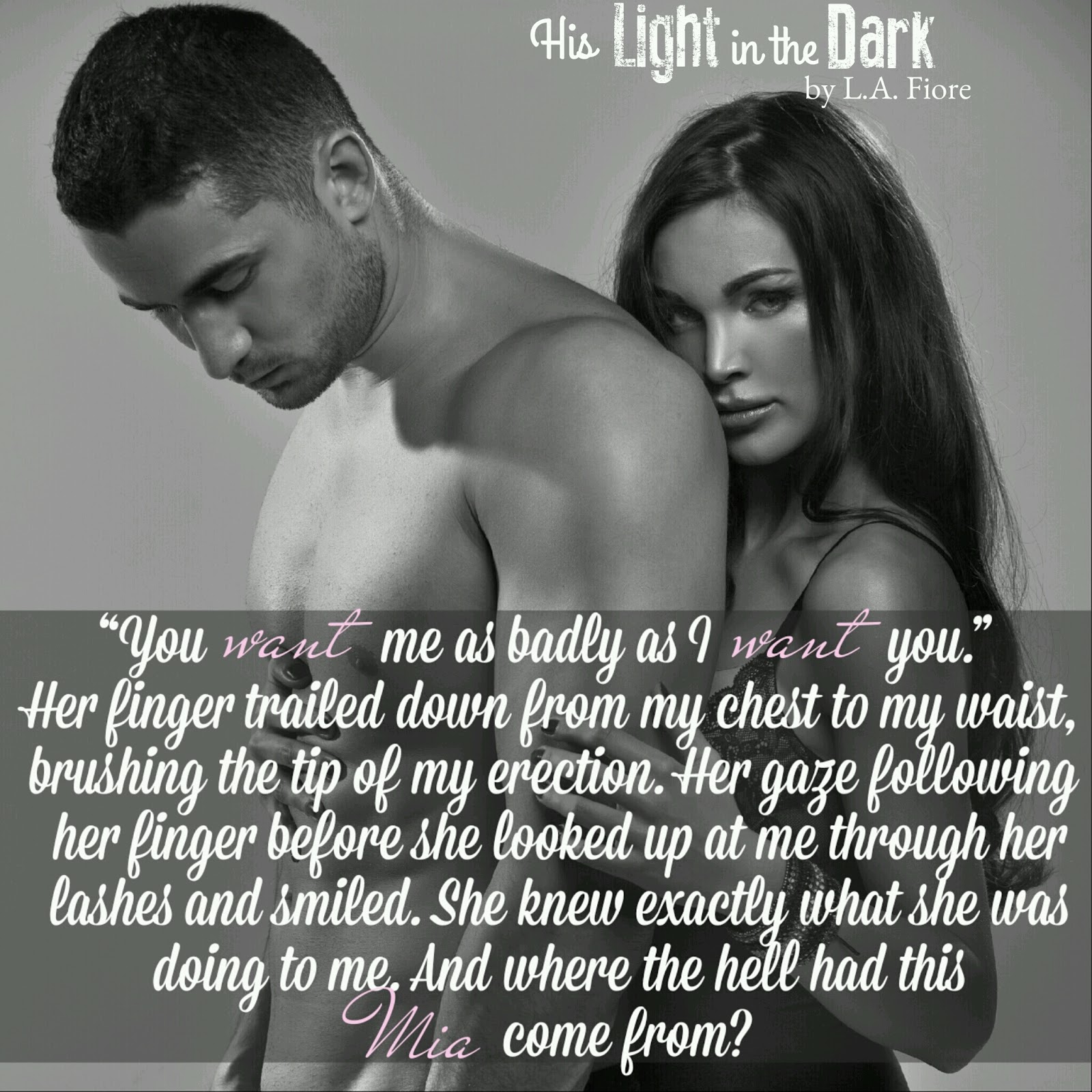 Avery Collins has just landed her dream job, pastry chef for the posh-Manhattan restaurant, Clover. Her new boss, Trace Montgomery, even helped with securing her an affordable place to live: a beautifully restored carriage house owned by his friend, Rafe McKenzie — a man that makes her catch her breath and stirs her imagination. Trouble is, he's involved with someone, his father is being released after 25 years in prison and Avery is just his tenant. Exploring the attraction that sizzles whenever they're together would be the icing on the cake, but Avery knows all too well that you can't have everything. Of course, what's cake without icing?

Rafe McKenzie's world shattered at nine when his father Liam — the only parent he knew — was arrested and convicted for armed robbery. Growing up in the system, Rafe managed to survive his childhood and now has a job he enjoys, a house he's restoring and a tight circle of friends. He's even working on reconciling with his dad, both eager to put the past in the past.

Happy for the income a tenant would bring, Rafe agrees to rent his carriage house to Clover's new pastry chef. When Avery Collins pulls up his drive, she's not at all what he's expecting. Funny, sexy and as sweet as her desserts, it doesn't take long for things between them to heat up. Just when it seems as if they'll have their cake and eat it too, the past comes back with deadly intent leaving Rafe to figure out who's pulling the strings before his world shatters again.

Authors In The City

Click the Image for More information on this event! 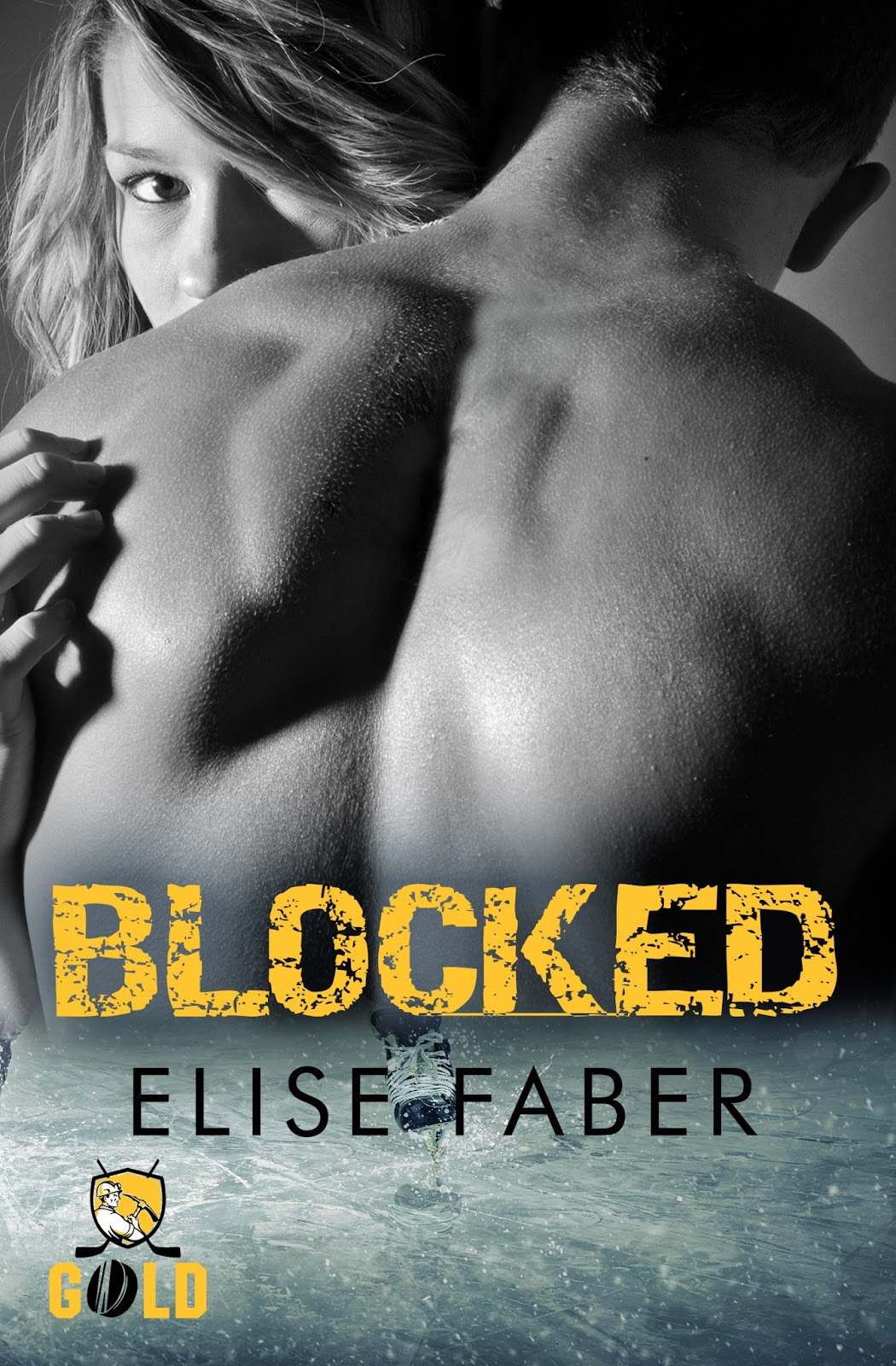 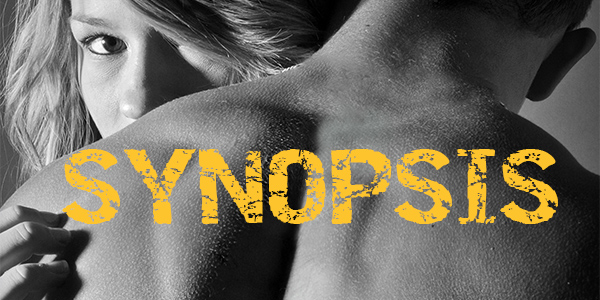 This is her shot.

Brit has the chance to make history by being the first female goalie to play for an NHL team, the San Francisco Gold. So, when she is introduced to Stefan, the Gold's captain, she is determinedly not interested.

Stefan is sexy, charming, and has a publicly documented list of conquests a mile long. Brit is unwilling to risk mixing business with pleasure, even when that business is wrapped up in a six-foot-plus, gorgeously muscled package.

When management pushes Brit and Stefan together in an effort to gain good press for the beleaguered team, Brit finds that her carefully calculated disinterest doesn't mask her body's desires. The more she falls for Stefan, the more she risks her career.

Will she be able to have it all—a starting position and the heart of the captain? Or will she lose everything? 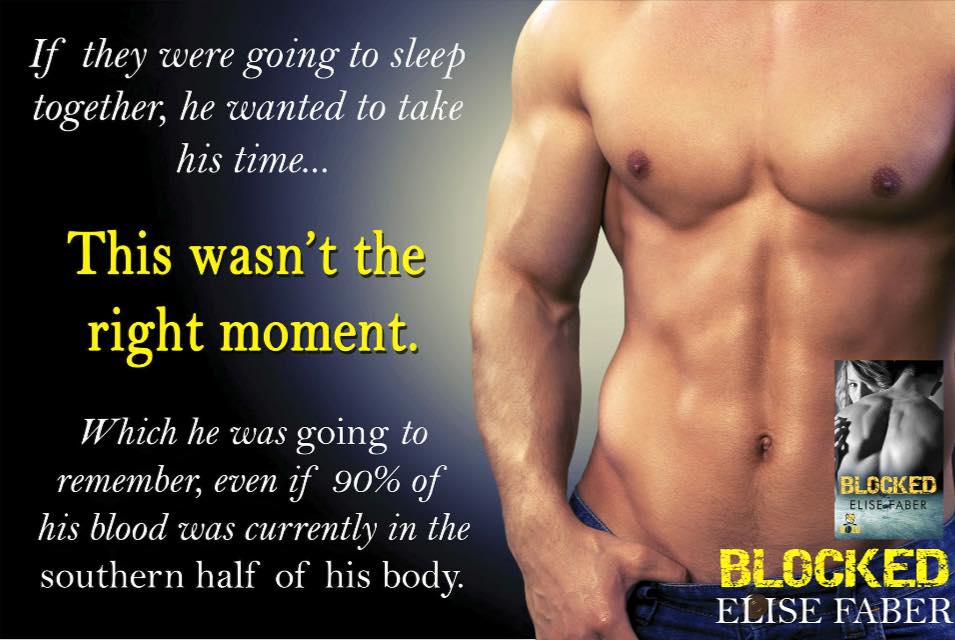 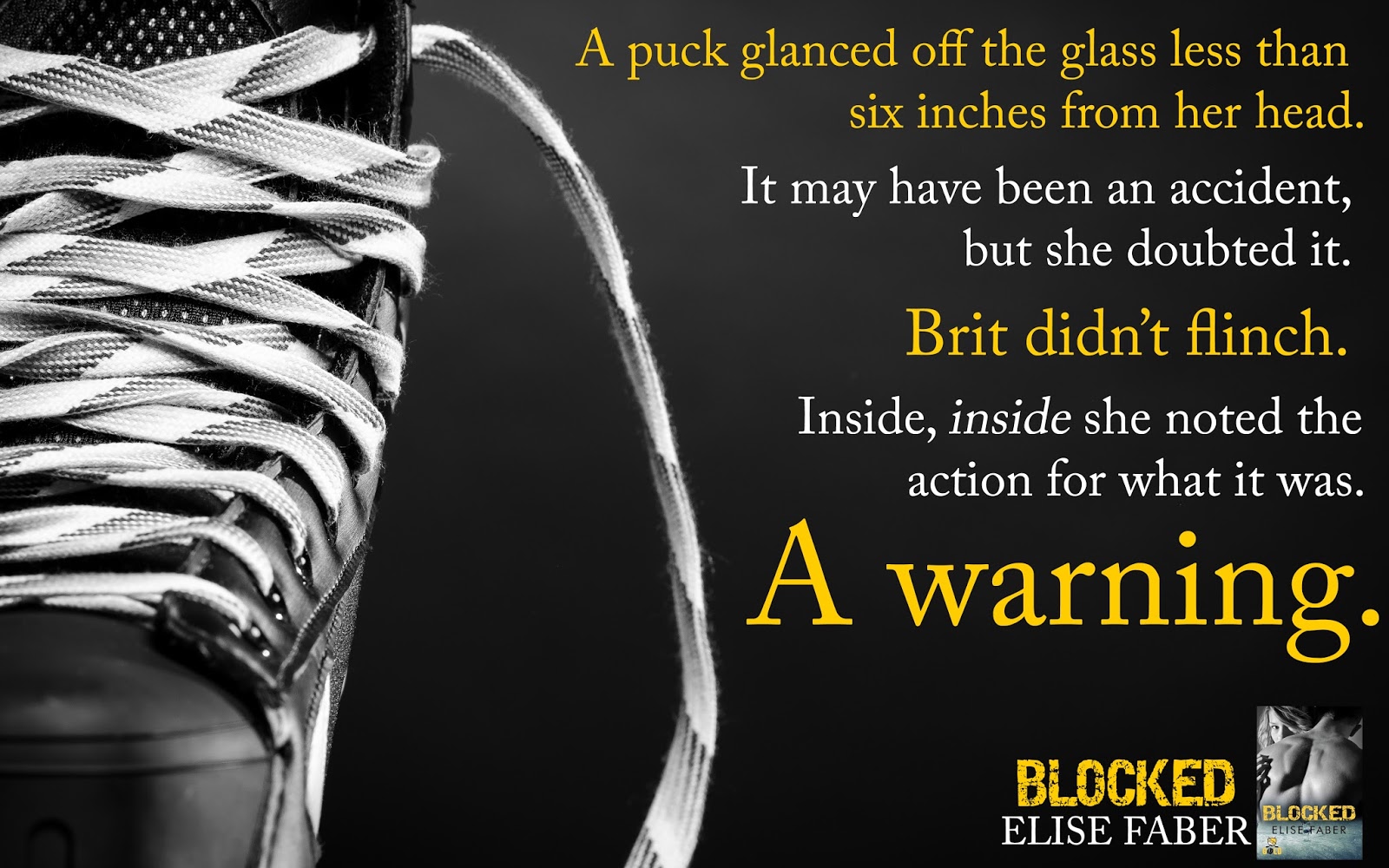 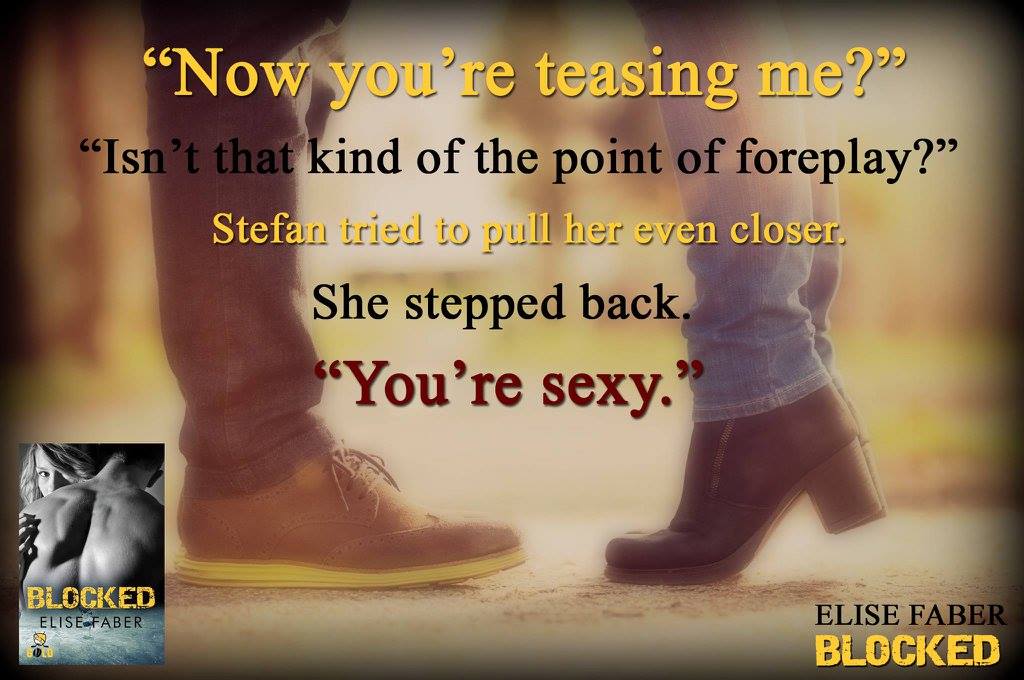 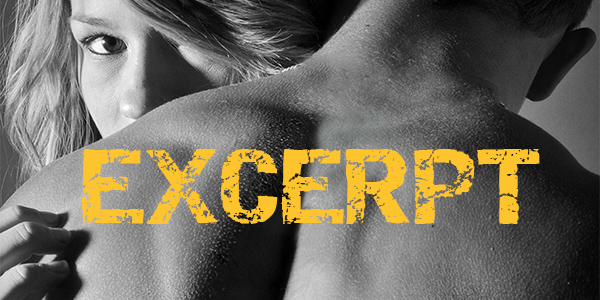 "I don't really do the matching lingerie thing," she said.

With a sigh and an eye roll, she walked over to him. "I'm not super girlie."

"Like fuck you're not." He was practically sitting on his hands, so he didn't grab her.

Her lips curved up, and she stopped less than six inches from him. Close enough that her delicate feminine scent coated the air between them.

"You know, I've never felt so powerfully sexy before," she said, stroking a single finger down his shirt, pressing the column of buttons lightly into his skin and setting him on fire, "but hearing your voice go all growly... Damn, I kind of like the way you make me feel, Barie."

Sweet baby Jesus, she was a menace.

"Me too," he agreed, even though Brit was making his balls turn permanently blue.

And apparently, she had no plans to stop because she plunked herself down in his lap, leaned close, and pressed her mouth to his.

There wasn't any preamble. This was hunger, plain and simple. 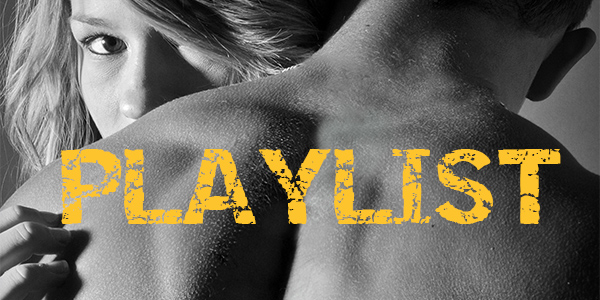 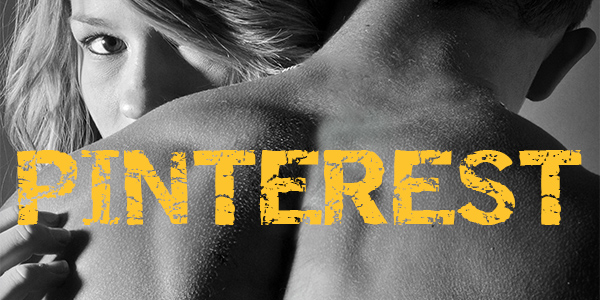 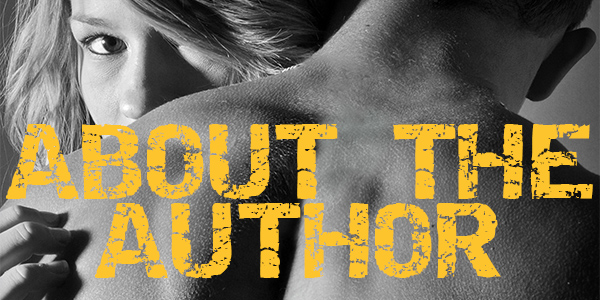 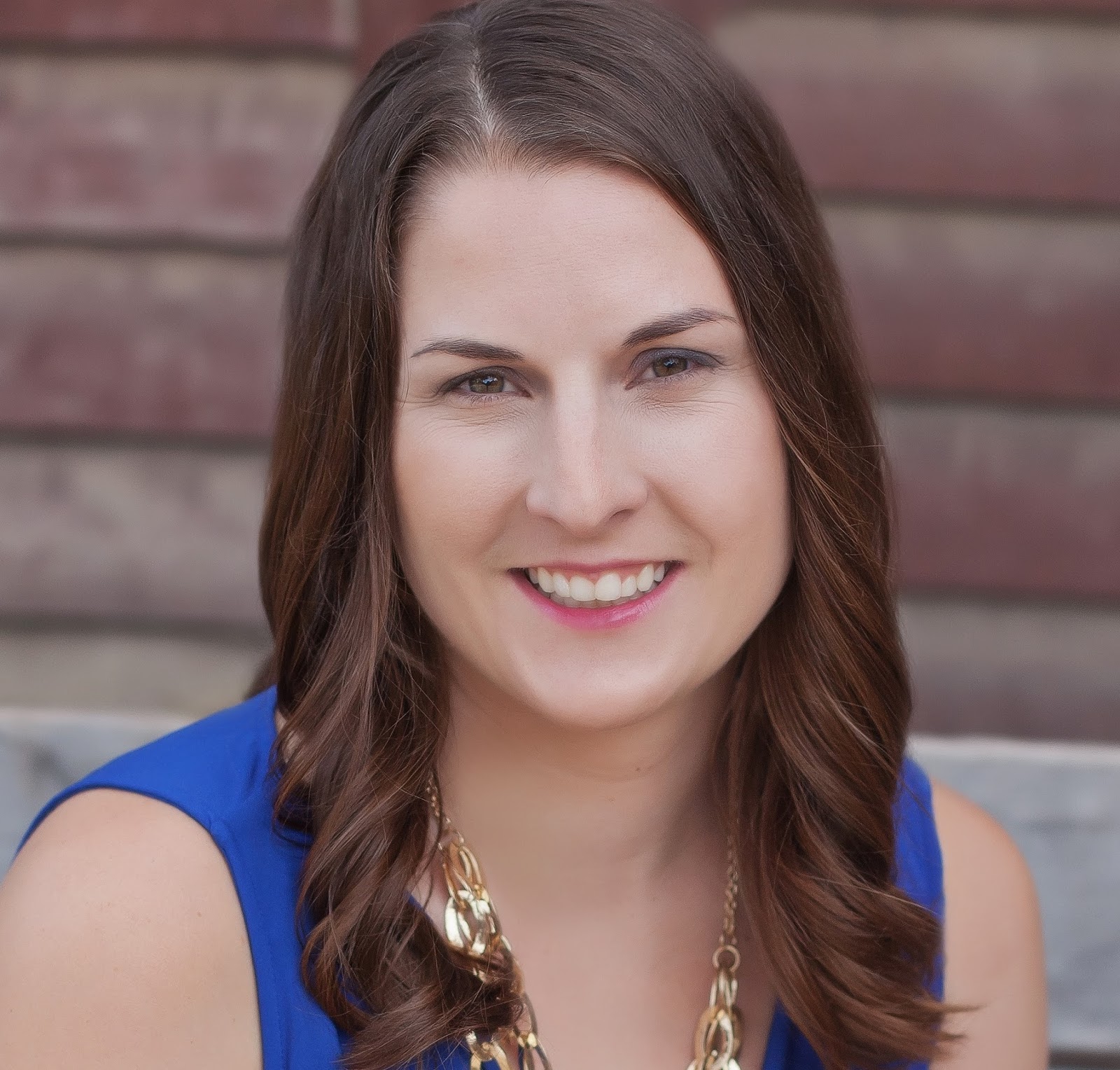 Aside from writing bestselling romances, Elise's passions are chocolate, Star Wars, and hockey (the order depending on the day and how well her team — the Sharks! — are playing). She and her husband also play as much hockey as they can squeeze into their schedules, so much so that their typical date night is spent on the ice. Elise is the mom to two exuberant boys and is thoroughly addicted to Dancing With the Stars. Connect with her on facebook, twitter, instagram or her websited. 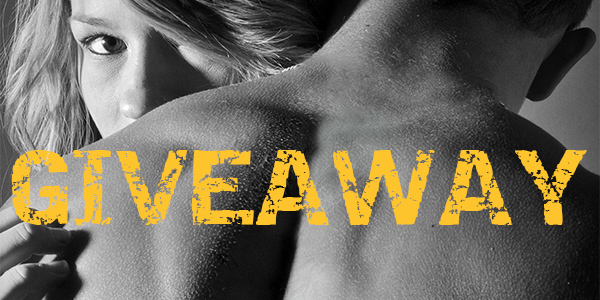 ♡ Hottie of The Day ♡ Jack Greystone