Today we are sharing the cover for Reprise by Lisa Swallow.

This is a contemporary romance title and the third book in the series Ruby Riot!

The book will be released April 29th and it is available for pre-order now, exclusively through amazon.

Drummer Nate Campbell is a 'Ruby Riot twin' - and that's all he wants anybody to know. The only person allowed close is his brother, Will, and even that's not working out these days. For Nate, girls are a dispensable distraction and the rock star life suits his needs. Nobody will expect him to hand his heart over if he pretends he doesn't have a one.

Falling for Nate Campbell was the second biggest mistake of Riley Sawyer's life. Working as a junior PR girl on the Blue Phoenix European and Ruby Riot tour, she earned a reputation as unapproachable and unable to switch off from work. With a side to her life Riley keeps hidden, she was happy to maintain her distance. But after an encounter with Nate, and several difficult weeks, Riley left the circuit and vowed never to tour with bands again.

Two years later Riley achieves her ambition and is a PR manager and Ruby Riot are headlining stadiums. She meets Nate again for the first time in two years and nothing has changed. The animosity stands and so does the attraction. Neither sees this as a problem because they can avoid each other for the two days until Riley leaves.

What they don't count on is that Nate's bloody-mindedness and an unfortunate set of circumstances leads to the pair snowed-in at a pub on the Yorkshire Moors for several days. Forced to spend time together, Riley and Nate are pushed into discussing what happened on tour and find themselves in a situation neither of them expected.

When the snow retreats and they return to London, Nate discovers Riley has her own secret and it's one deeply connected to his past. Nate backs away, unsure if he can continue a relationship with the girl who's more like himself than he realised.

Nate won't have long to decide because Riley isn't prepared to let a damaged commitmentphobe into her life. And she has zero interest in fixing a man who refuses to fix himself.

Reprise is the third standalone book in the Ruby Riot series.

"An egotistical front man, trouble-making twins and a girl you don't want to mess with."

Lisa is an Amazon bestselling author of contemporary and paranormal romance. She is originally from the UK and moved to Australia in 2001. She now lives in Perth, Western Australia with her husband, three children, and Weimaraner, Tilly, who often makes appearances on Lisa's social media.

Lisa's first publication was a moving poem about the rain, followed by a suspenseful story about shoes. Following these successes at nine years old there was a long gap in her writing career, until she published her first book in 2013.

In the past, Lisa worked as an English teacher in France, as an advertising copywriter in England, and ran her own business in Australia. Now she spends her days with imaginary rock stars.

She lived in Europe as a child and also travelled when she left university. This has given Lisa stories which would sound far-fetched if she wrote them down, and maybe one day she will. These days, Lisa is happy in her writing cave, under Tilly's supervision. 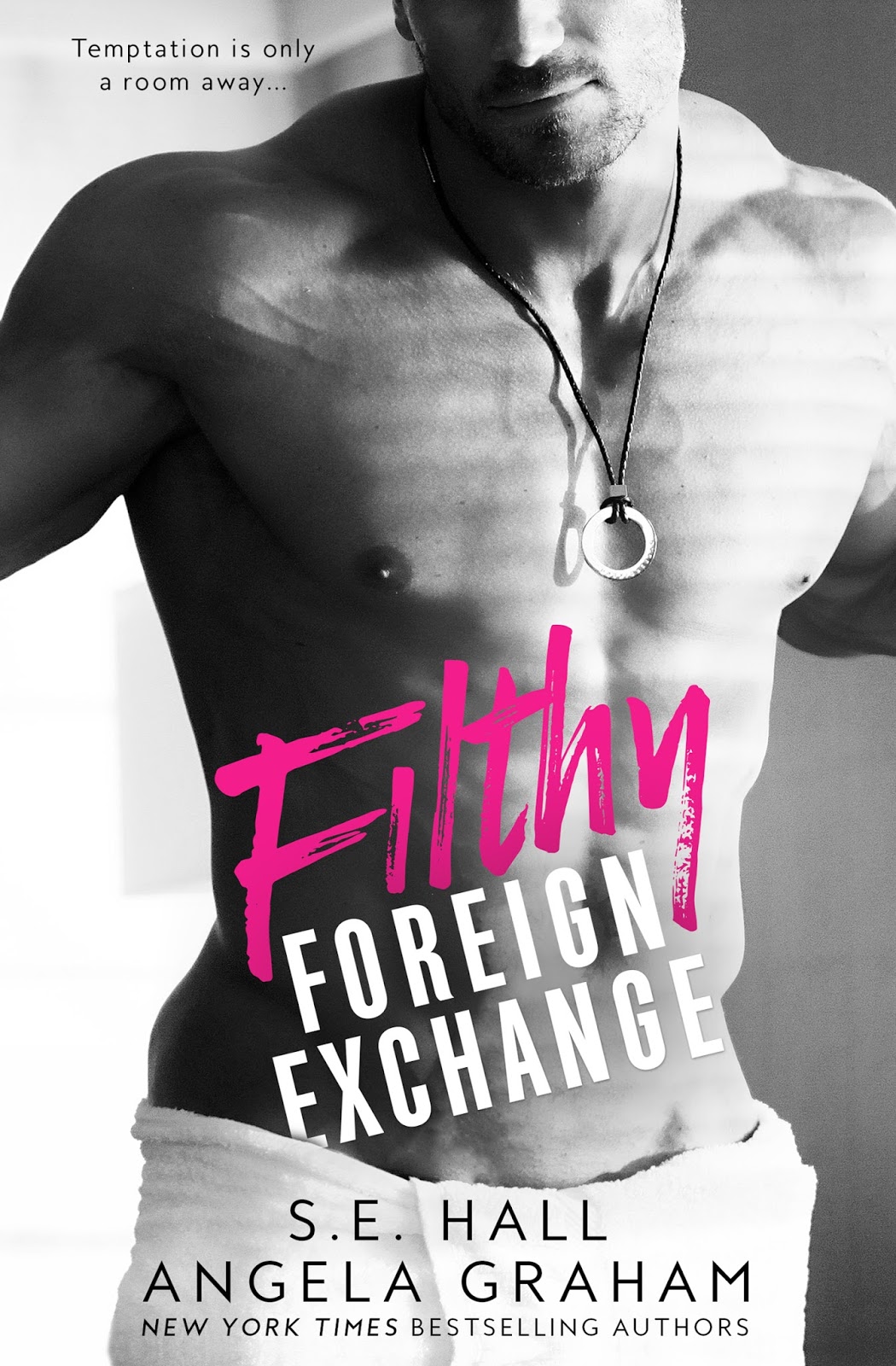 Echo Kelly is loyal to her studies, family, and aerial artistry. She has no time for or interest in anything else, and is heartbroken when her oldest brother, Sebastian, gets accepted to a study-abroad program — exchanging places with cocky, not-at-all-shy foreign exchange student Kingston Hawthorne.

Kingston Hawthorne had the life every twenty-year-old guy dreams of — endless cash, easy women, and fast cars — until his father ripped it all away, shipping him off to the States and placing him temptingly close to the underage virgin who fascinates him in the most challenging of ways.

With Kingston's bedroom just a connecting bathroom away from Echo's, the chemistry between them is even more enticing than the notes he leaves for her on the shower door.

How long can you pretend you're just friends? 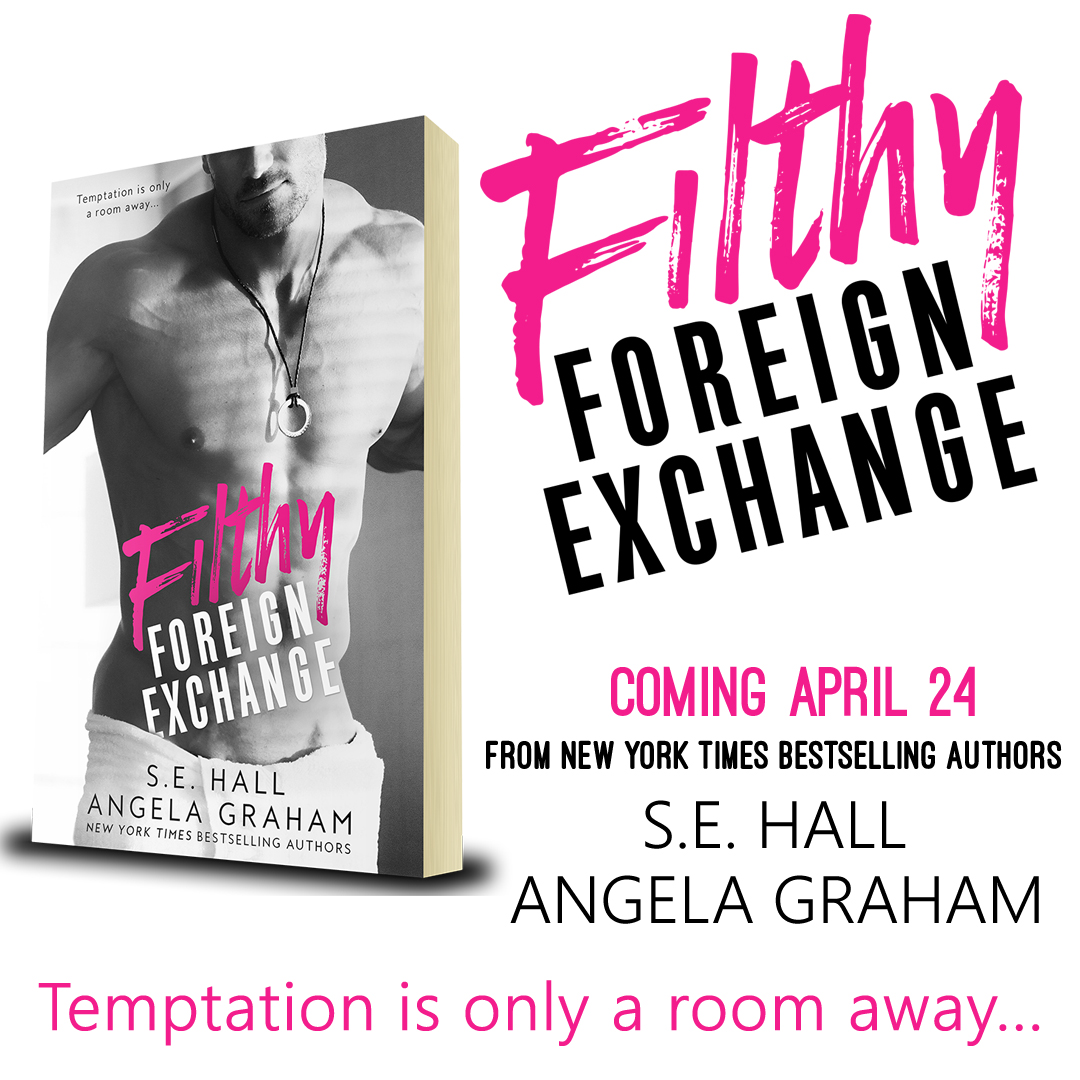 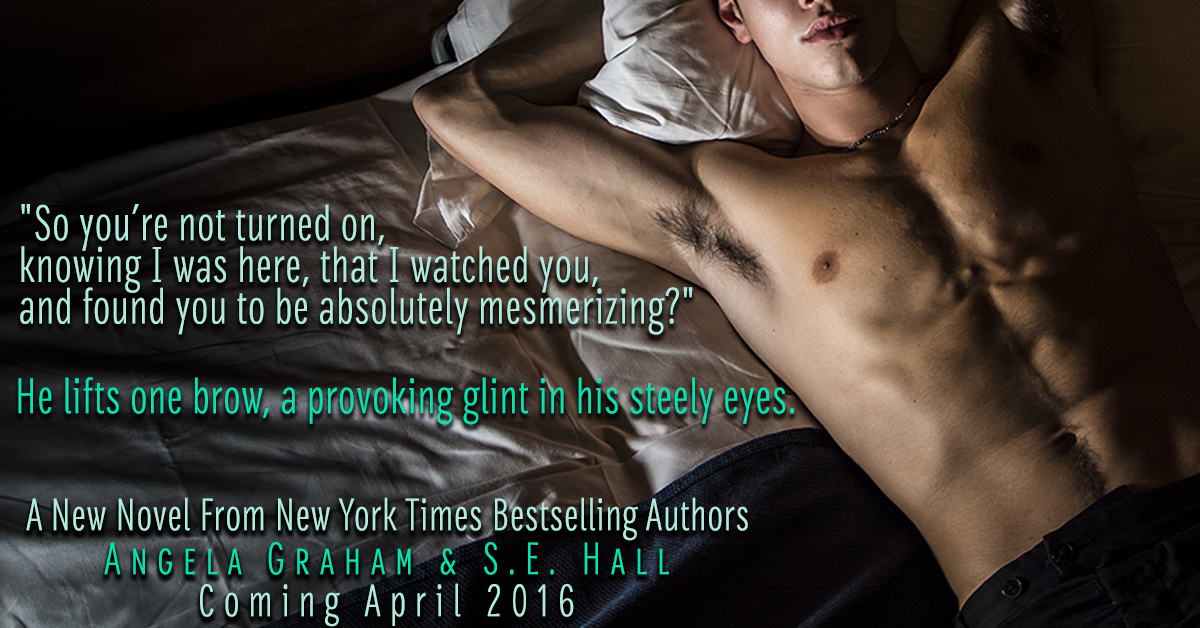 Angela Graham is a New York Times & USA Today bestselling author of the Harmony series. She resides in Tipp City, Ohio with her three beautiful children. With SE Hall she has released four novels and one short story.

Angela knew she found her calling in the world of fiction the moment she began pounding away at the keys for her first short story in 2012. With a baby on her shoulder, she wrote for about a year before deciding to try her hand at an actual novel. It was the best decision she ever made and since then she continues to bring characters to life in her free time.

S.E. Hall, lover of all things anticipation and romance, is the author of the Evolve Series: Emerge, Embrace, Entangled, Entice, Baby Mama Drama and now, Endure! She's also written the Finally Found novels Pretty Instinct and Pretty Remedy. Her co-written works include The Provocative Professions Collection: Stirred Up, Packaged and Handled, One Naughty Night and the standalone, full-length novel Matched with Angela Graham as well as Conspire, a romantic suspense with Erin Noelle.

S.E. resides in Arkansas with her husband of 19 years and 3 daughters of the home. When not writing or reading, she can be found "enthusiastically cheering" on one of her girls' softball games.

S.L SCOTT REVEALS THE COVER OF THE FIRST BOOK IN HER BRAND NEW SERIES!!!

Everything you've heard about modeling is true, and you haven't heard the half of it.

And yes, the line between work and reality often blurs.

We're not just prototypes of perfection. Models have feelings and desires, too. We may be genetically gifted, but we're still human.

I'm only human. Yes, an extraordinary specimen that earns more in a day than most make in a year, but this eight pack didn't create itself. I spend hours working on this body. The good looks just come natural. *Winks* Thanks, Mom and Dad.

But one path was traded for another when I chose this career. Ten years later, I would trade my career to have it back. To have her back.

Reese Carmichael is the one woman I would give it all up for, and the only one I can't have. Yet.

The world of modeling is glamorous, sexy, and the models themselves live like rock stars. The world is their playground and their faces are their trademarks.

They may be considered beautiful or handsome, but not everything is handed to them on a silver platter. The days are long, the physical requirements can be grueling, and love doesn’t come easy when you're jet setting around the globe.

For three Models on Top, finding success in this competitive profession is almost as hard as their abs, but they did it. Although their million dollar smiles make billions of women swoon, each has a journey they must travel to find the one piece that's missing from their lives — Love.

New York Times and USA Today Bestselling Author, S. L. Scott, was always interested in the arts. She grew up painting, writing poetry and short stories, and wiling her days away lost in a good book and the movies.

With a degree in Journalism, she continued her love of the written word by reading American authors like Salinger and Fitzgerald. She was intrigued by their flawed characters living in picture perfect worlds, but could still debate that the worlds those characters lived in were actually the flawed ones. This dynamic of leaving the reader invested in the words, inspired Scott to start writing journeys with emotion while injecting an underlying passion into her own stories.

Living in the capital of Texas with her family, Scott loves traveling and avocados, beaches, and cooking with her kids. She's obsessed with epic romances and loves a good plot twist. She dreams of seeing one of her own books made into a movie one day as well as returning to Europe. Her favorite color is blue, but she likens it more toward the sky than the emotion. Her home is filled with the welcoming symbol of the pineapple and finds surfing a challenge though she likes to think she's a pro.

To keep up to date with her writing and more, visit her website or sign up for her newsletter to receive all of her publishing adventures and giveaways.