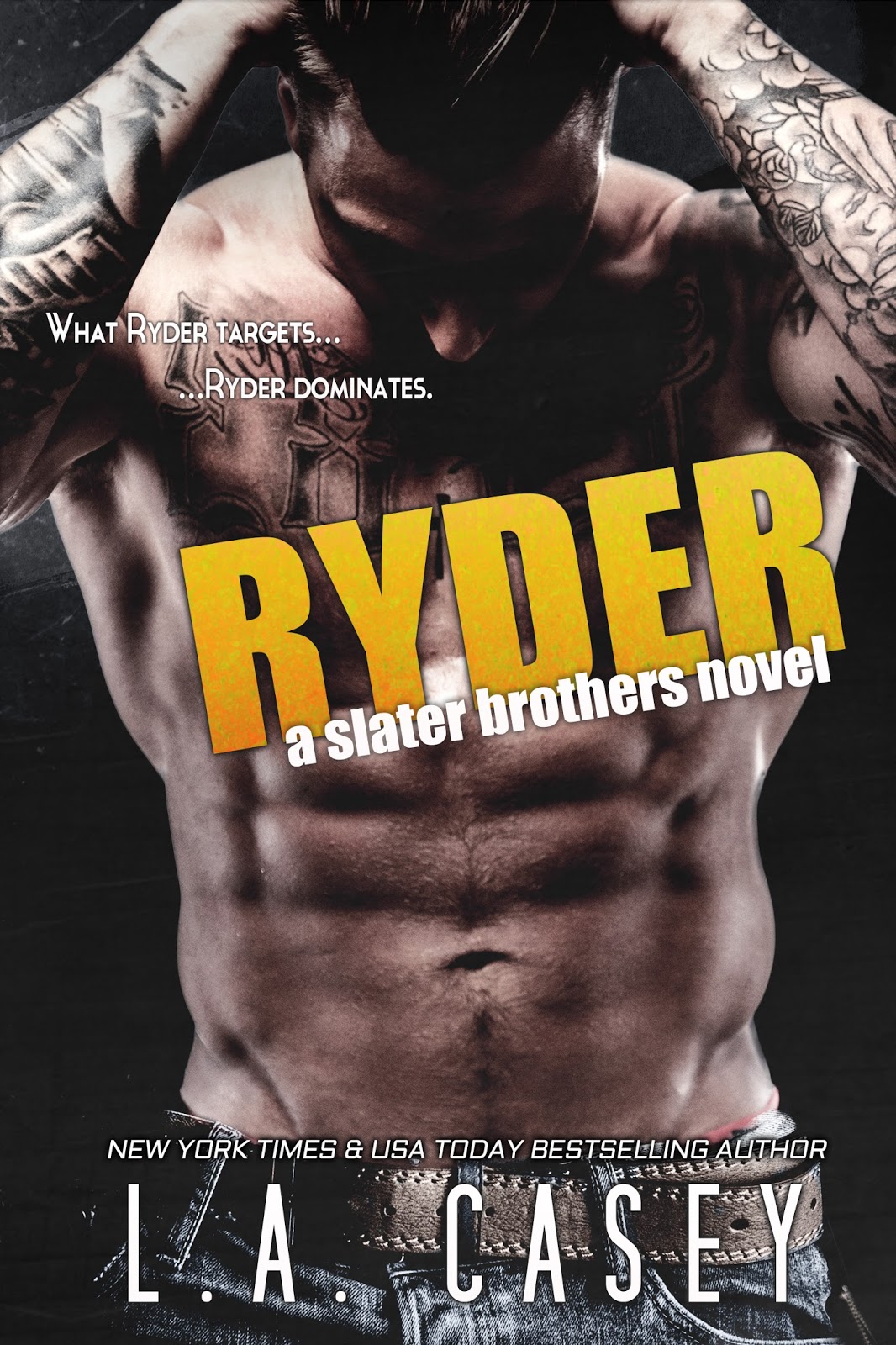 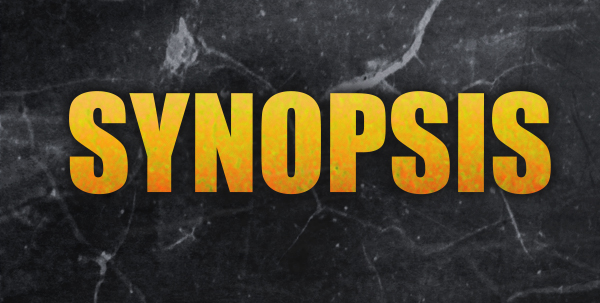 Branna Murphy is broken. For months now she has been a part of a one-sided relationship to a man she loves more than life itself. She prayed for a miracle, and hoped something would change, but found that was wishful thinking.

Ryder Slater is furious. For months now he has been lying to a woman he would take a bullet for in order to protect her. He is involved in something that goes deeper than his old past, and if he strays off target, people will start to die. People he loves.

Things between Ryder and Branna are at rock bottom, and Ryder knows it. Not only will he be taking on a force that could destroy his whole family, but he will be battling tooth and nail to save his relationship and keep the love of his life by his side.

Ryder targeted Branna from the first moment he saw her, and what Ryder targets, Ryder dominates. 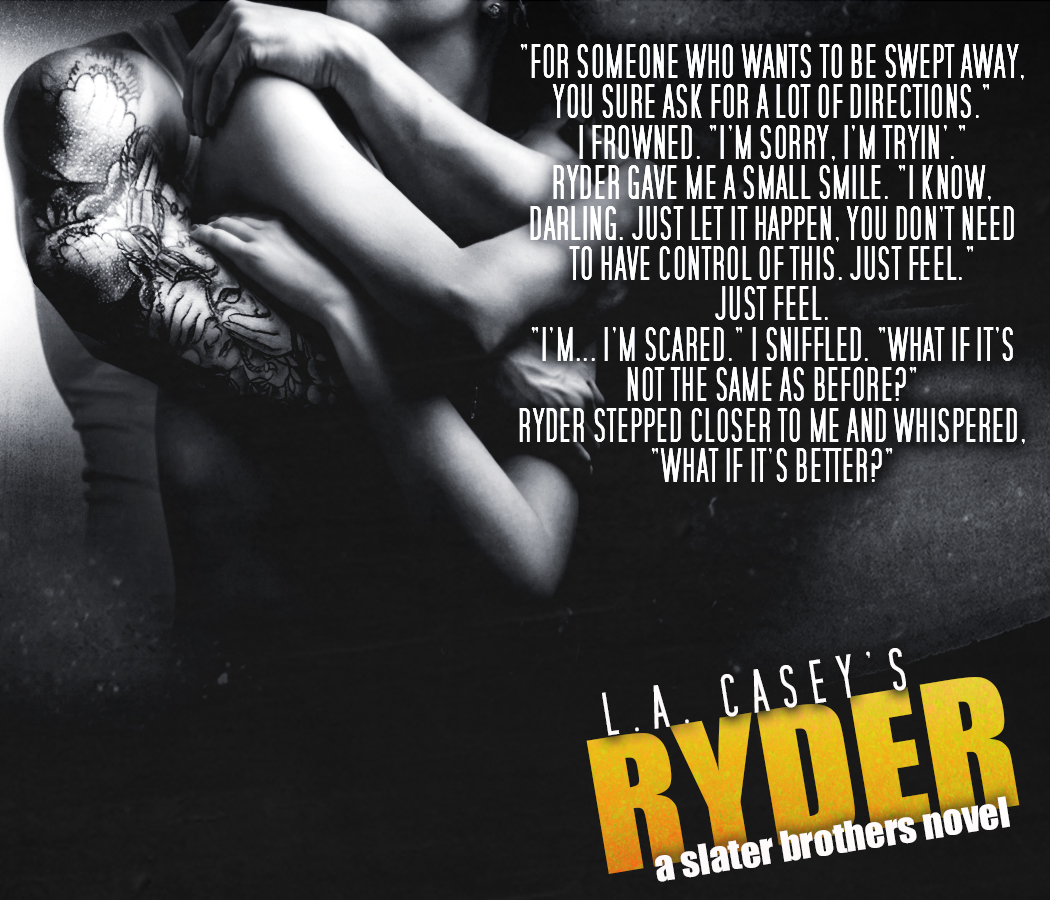 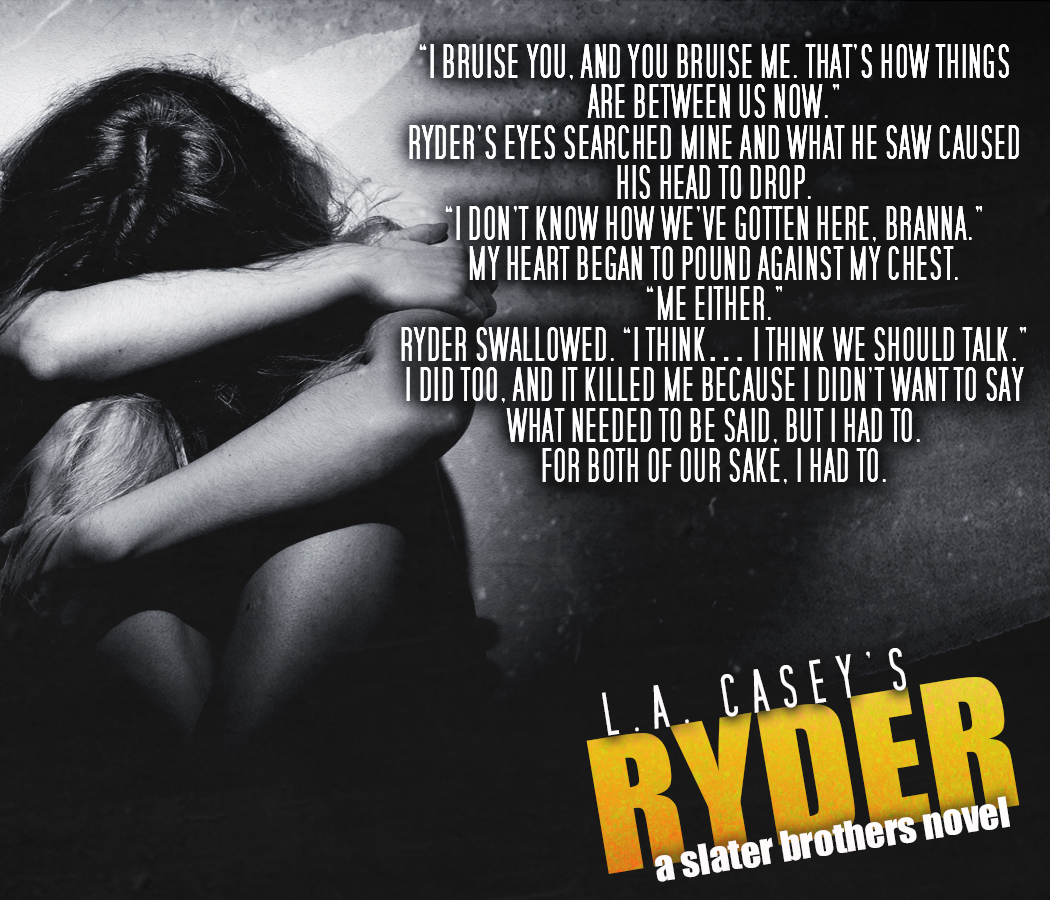 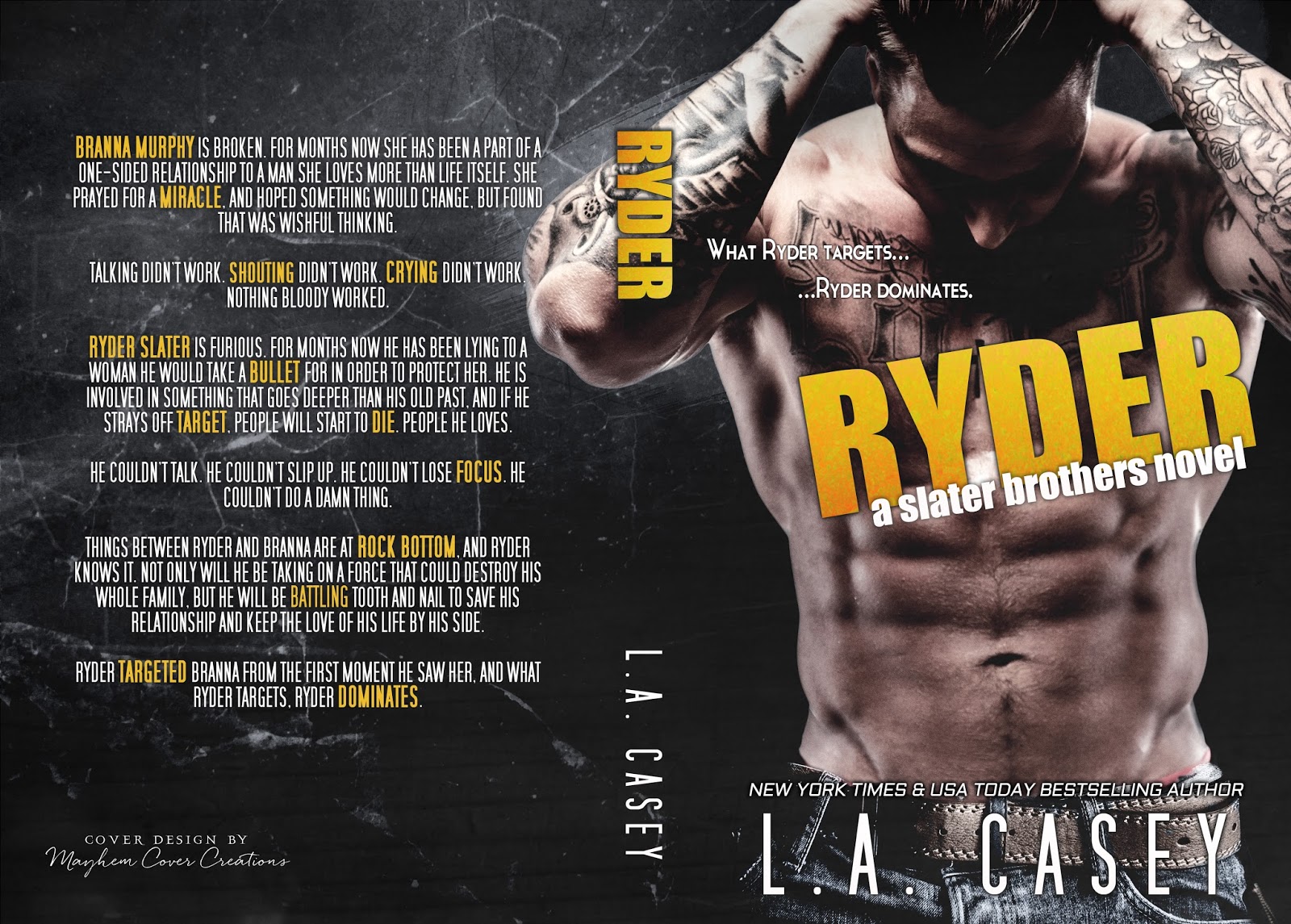 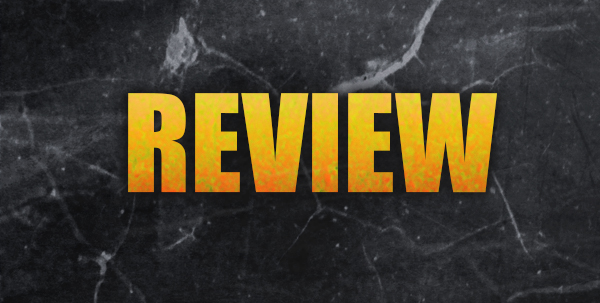 Ryder is book four in the Slater Brothers series. The series must be read in order.


After five years together, Branna Murphy and Ryder Slater are drifting apart. All because of their constant fights and Ryder's refusal to tell Branna what's got him so distant.
Trying to find herself again, Branna makes a decision that will not only affect her relationship with Ryder, but all the members of their family.
But Ryder isn't ready to let Branna go. Because what Ryder targets, Ryder dominates. 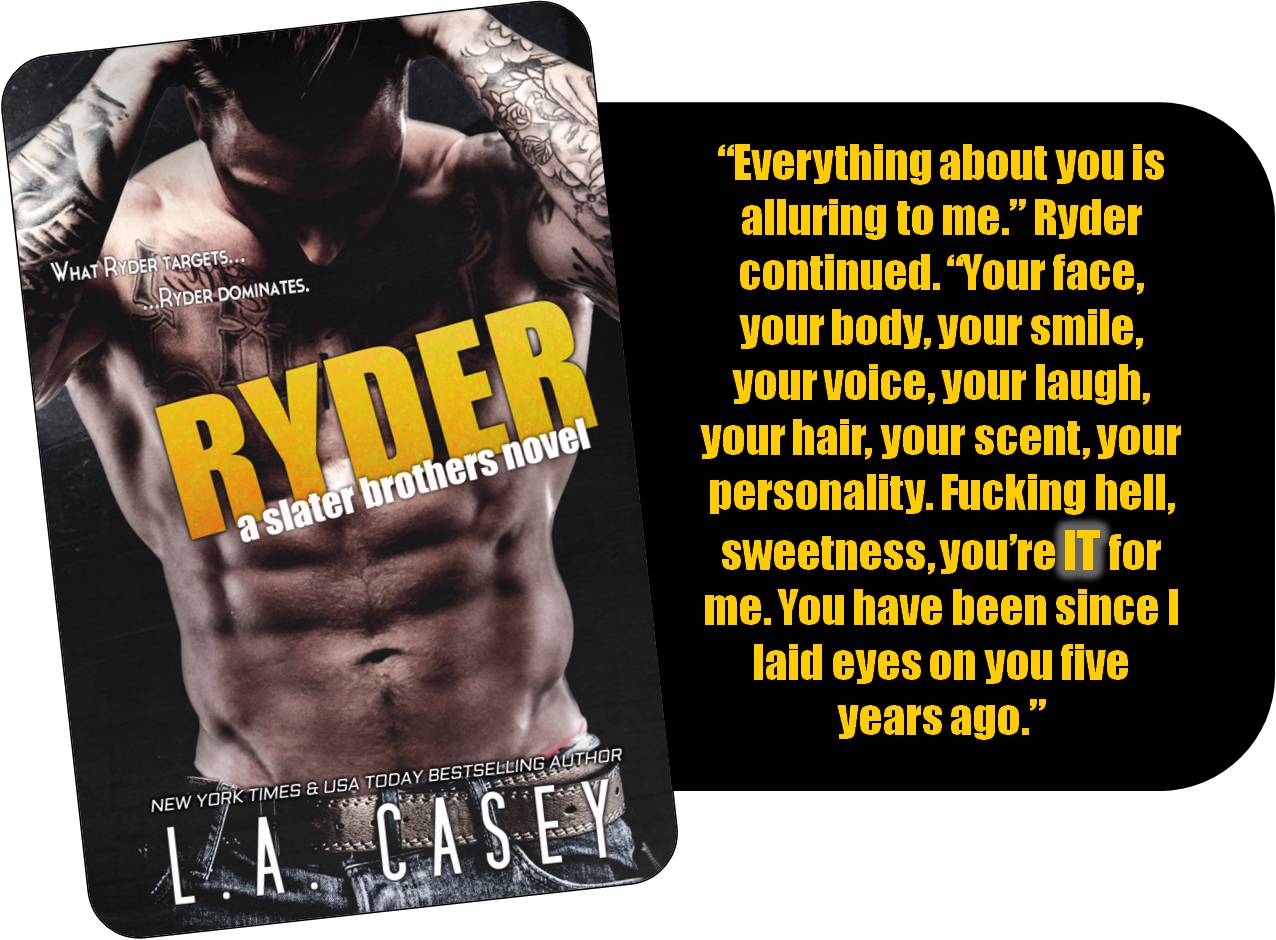 I loved Ryder! The book has an amazing story that will take you in a rollercoaster ride of emotions. It is full of drama, laughter, action, mystery, and hot steamy scenes. Once you start reading, you'll not be able to stop. I loved the flashbacks, especially to finally know how Ryder and Branna met.

I love Branna! She is such a strong woman. She raised her little sister all by herself and did a really good job. She is feisty and sassy and knows what she wants. I totally understood her decision regarding Ryder. She needed to find herself again and regain back all her self-confidence.
I fell for Ryder in Bronagh. He is the big brother everyone wanted. He is very loyal and protective of the ones he loves. But in this book, I was a little disappointed. He tries his best to protect Branna, but I didn't like how he acted. 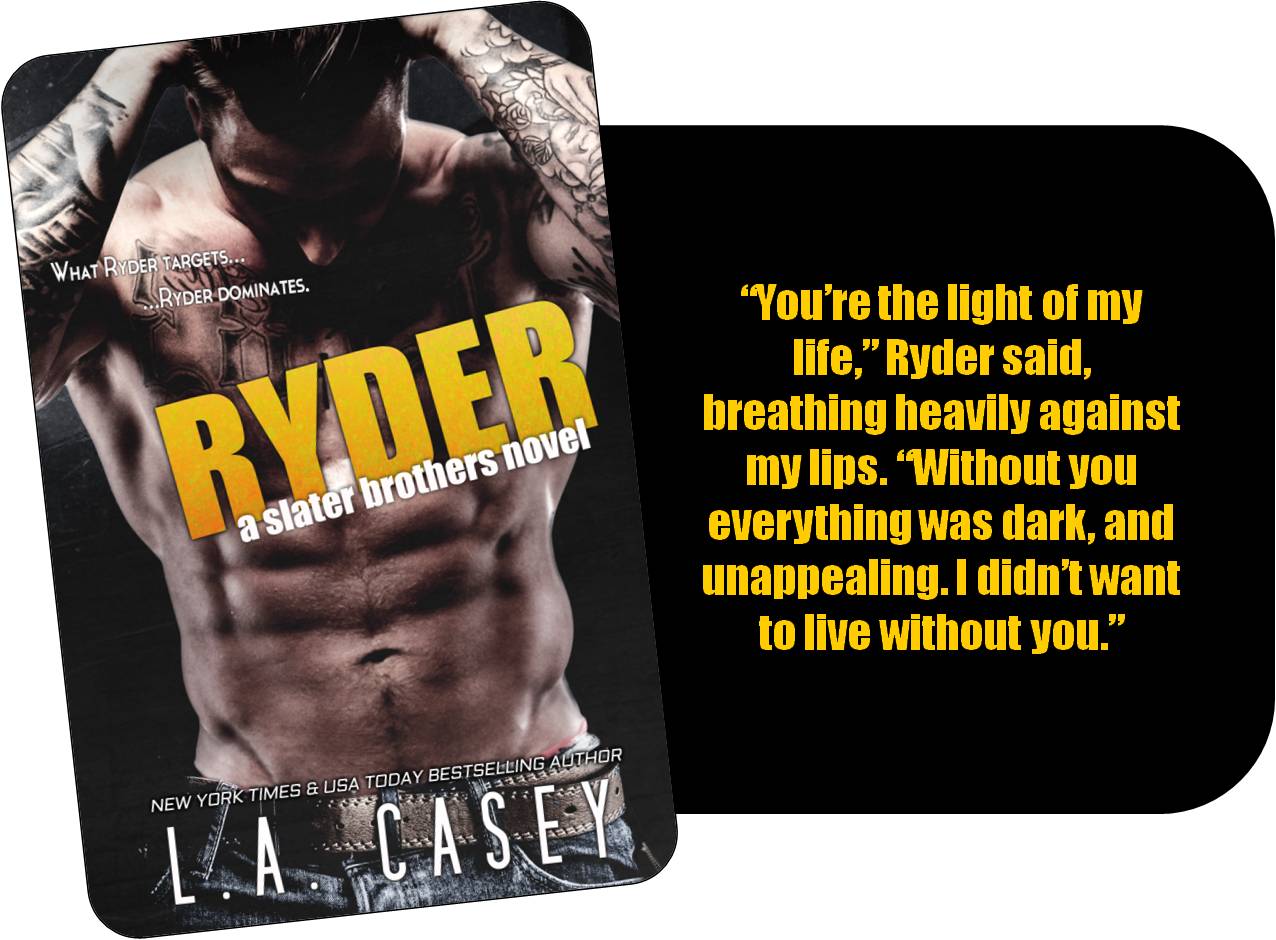 Ryder is an awesome read! The story is amazing and the characters are phenomenal and you can't help but connect with them.
L.A. Casey's writing style is amazing and grabs you from the first page. I can't wait to read the rest of the series!!! 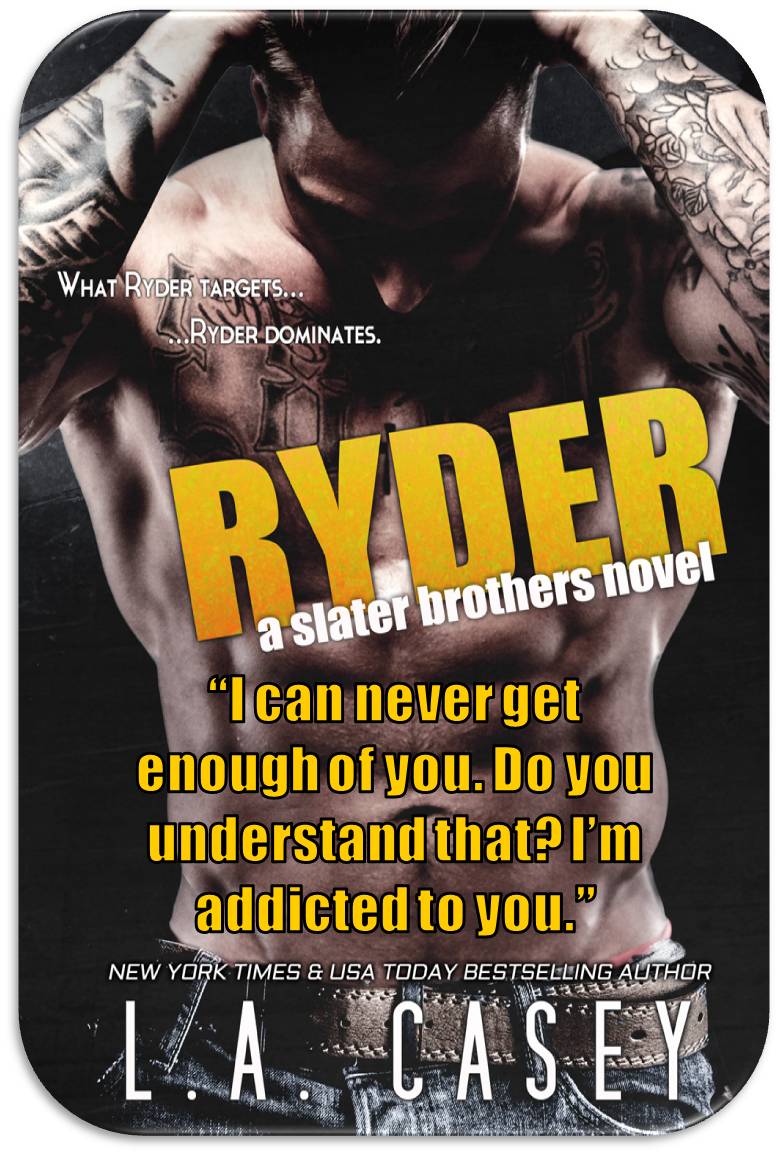 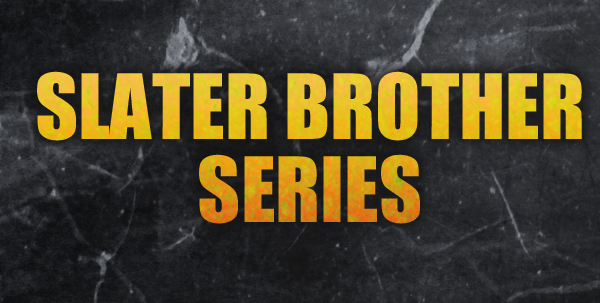 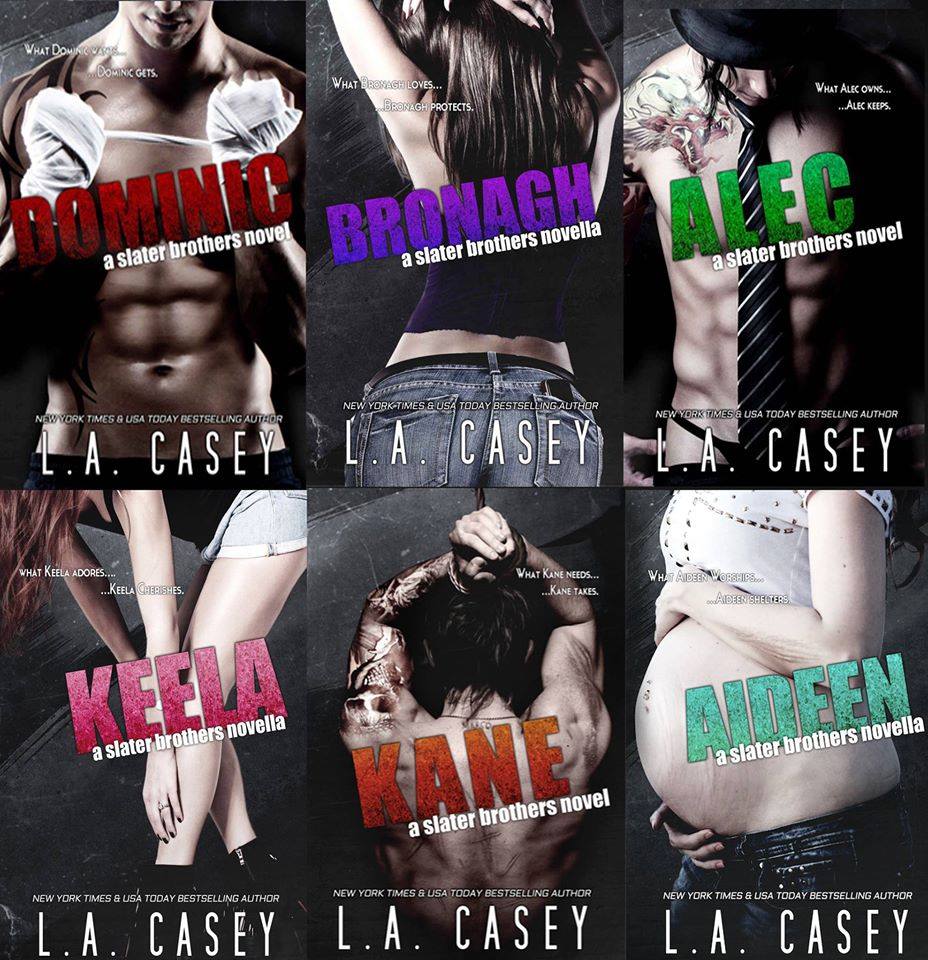 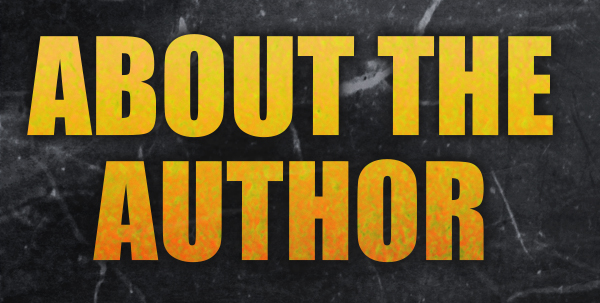 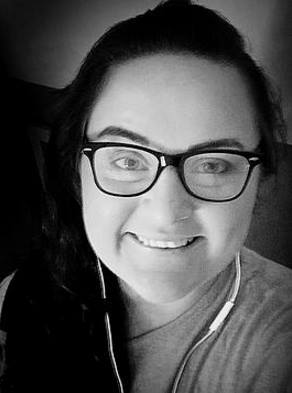 ♡ Hottie of The Day ♡ Colby Erskin