Laura Kaye has something hot and fun and new to share with you today – a scene from her upcoming book, Ride Hard, the first in her Raven Riders Motorcycle Club series about a new kind of MC with a protective mission.

You might've first met the Ravens in the Hard Ink world, but this series stands on its own and is even sexier, edgier, and grittier!

I can't wait for you to get to know Dare, Haven, and everyone in the Raven world!

And see down below for a giveaway and a bonus story offer!

I hope you enjoy this excerpt from the book! 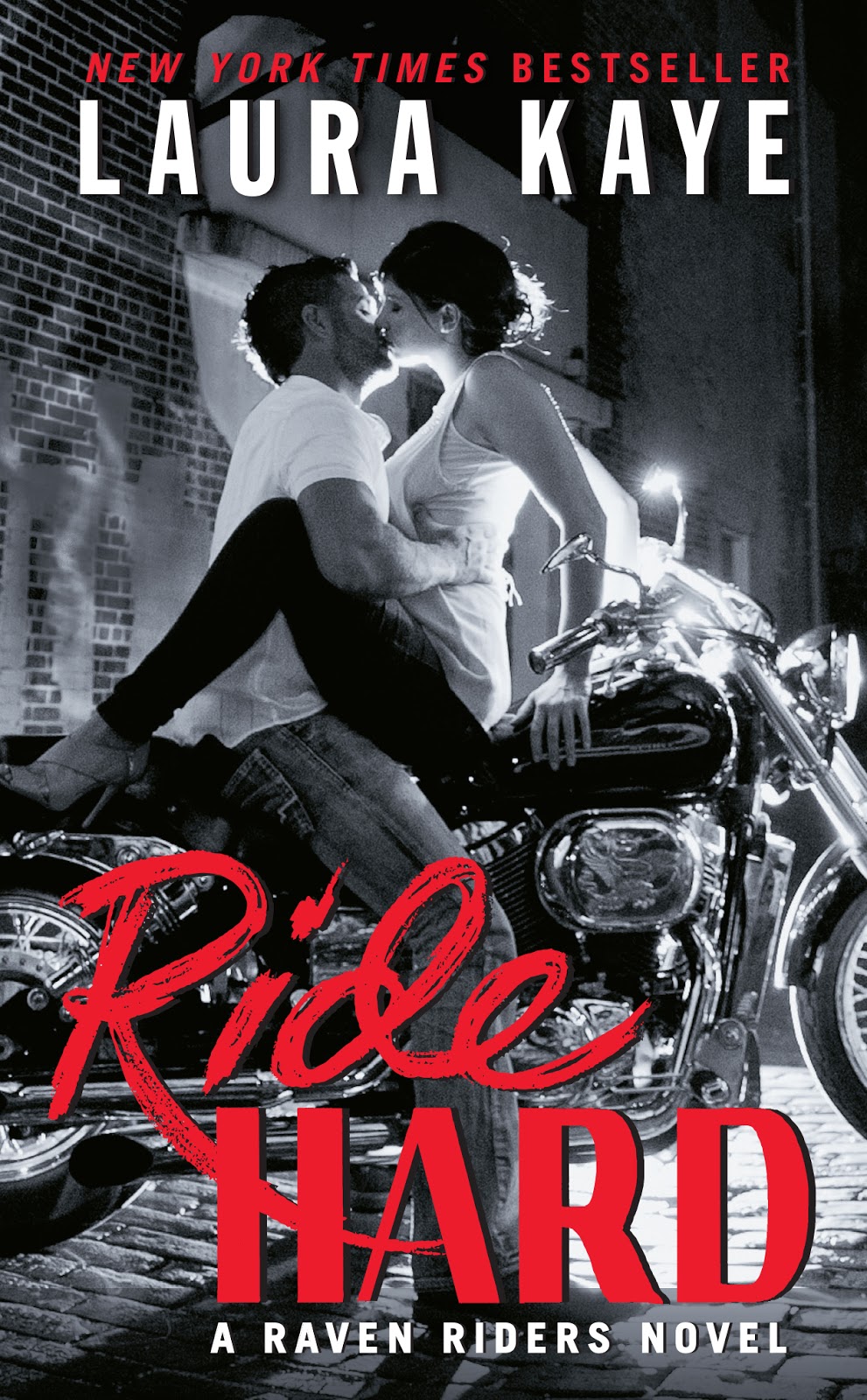 Brotherhood. Club. Family.
They live and ride by their own rules.
These are the Raven Riders...

Raven Riders Motorcycle Club President Dare Kenyon rides hard and values loyalty above all else. He'll do anything to protect the brotherhood of bikers — the only family he's got — as well as those who can't defend themselves. So when mistrustful Haven Randall lands on the club's doorstep scared that she's being hunted, Dare takes her in, swears to keep her safe, and pushes to learn the secrets overshadowing her pretty smile.

Haven fled from years of abuse at the hands of her criminal father and is suspicious of any man's promises, including those of the darkly sexy and overwhelmingly intense Ravens' leader. But as the powerful attraction between them flares to life, Dare pushes her boundaries and tempts her to want things she never thought she could.

The past never dies without a fight, but Dare Kenyon's never backed down before...

Get a FREE bonus story from Laura's Hearts in Darkness world for buying Ride Hard before April 30!

Don't forget you can grab HARD AS STEEL, a Hard Ink/Raven Riders Crossover Novella out now and pre-order RIDE ROUGH, book 2 in the Raven Riders Series (out April 25, 2017)!

His left hand dragged down her body, over the small mounds of her breasts and the flat plane of her stomach. His fingers settled on the button to her jeans. "Because you realize now I have to exact my revenge." He paused there, giving her the chance to tell him to back off.

She shivered beneath him. "I guess fair's only fair," she whispered.

That's my girl, he thought, even though the sentiment was really problematic. On all kinds of levels. "You want me to stop, Haven, you just say the word."

On a groan, Dare claimed her mouth with his. He tugged the button to her jeans free, yanked down the zipper, and pushed his hand beneath the snug material to find her hot and so damn slick.

Not this time. And not that it had really been last time, either.

Dare wanted more of Haven. He wanted to taste her, drink her down, wear her on his skin. On his mouth.

Kissing her long and hard and deep, he gently withdrew his hand from between her legs and pushed at the denim around her waist. Haven clued in to what he was doing and helped him push down the material until she was bared to her knees.

And then Dare shoved down her body, gripped her hips in his hands, and planted his face against the triangle of blond hair at the junction of her thighs.

Laura is the New York Times and USA Today bestselling author of over a dozen books in contemporary and paranormal romance. Growing up, Laura's large extended family believed in the supernatural, and family lore involving angels, ghosts, and evil-eye curses cemented in Laura a life-long fascination with storytelling and all things paranormal. She lives in Maryland with her husband, two daughters, and cute-but-bad dog, and appreciates her view of the Chesapeake Bay every day.

Till Death Us Do Part
by
Cristina Slough The fateful day Mimi Marcus has dreaded begins with a phone call...

The wife of a U.S. Marine, Mimi spent countless nights worried that her husband Joel would fall in the line of duty. He had fought valiantly and served his country with honor. That's exactly what they tell her when they deliver the news — Joel was taken by the enemy in Afghanistan. Her husband is dead.

In desperate need of closure, Mimi travels to the one place Joel still has ties — The Marcus Ranch in Texas, inherited by his handsome younger brother Austin.

New beginnings are only an illusion...

The closer Mimi grows to the Marcus family, the more she considers it home. But when suspicions of Joel's past surface, Austin refuses to disclose family secrets — even to his brother's widow. It's only by accident she uncovers evidence of Joel's tainted past. Devastated by his lies and betrayal, she slowly opens up to Austin, and together they unfold layers of pain and grief.

Mimi is sure she'll never love again, but is Austin the man to prove her wrong? Then the unthinkable happens...

Just as Mimi finds new hope in a future with Austin, Joel returns home from war. Enraged, traumatized, and teetering on the edge of insanity, Joel confesses to a history of deception, revealing yet another secret — this one too terrible to forgive.

In an awful twist of fate, Joel proves marriage vows are made to be honored. 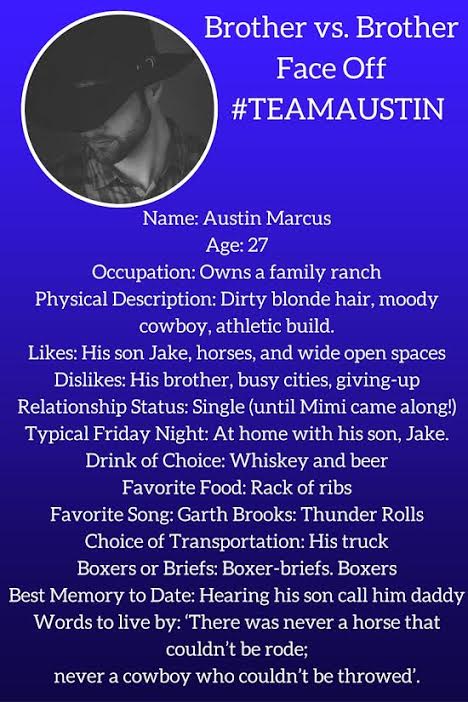 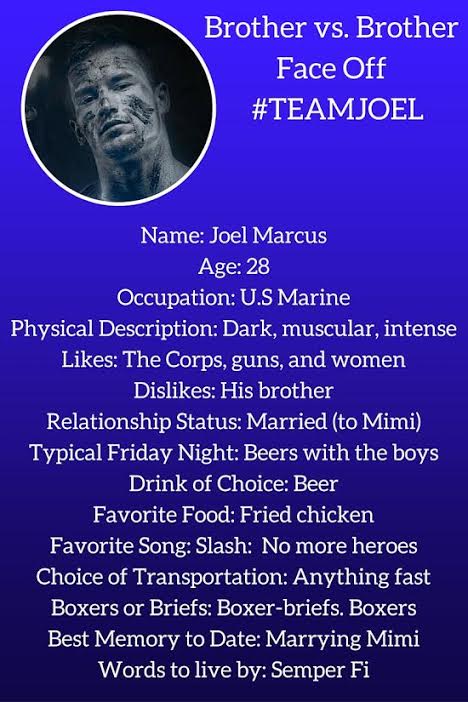 Novelist, movie addict, and animal lover, Cristina Slough is the author of:
Till Death Us Do Part, her debut novel.

Cristina has always been a bookworm, rarely seen without a pen and paper in her hand, she loves delving into a literacy fictional world of her own.

At age of 11, her teacher told her mother that she would be wasting her life if she didn't become an author. Throughout her teenage years, her parents spurred her on to keep writing. She later began a career in commercial real estate, working in London's West End, a corporate bubble where she was unable to satisfy her passion to write.

On her Californian honeymoon in 2012 the bug to write was becoming increasingly difficult to ignore. After visiting Yosemite, she was inspired by the natural beauty of the land that surrounded her. Holding a special place in her heart, Yosemite would later be written into her debut novel.

She finally gave up the big smoke when her son, Lucas, was born.

After getting to grips with her new role as a mother, she began working a psychological thriller, but she couldn't connect to the characters she created. She ditched the manuscript and started Till Death Us Do Part.

Cristina is married to Adam, who runs a successful business; together they share their Bedfordshire home with their son, crazy white German Shepherd and three spoiled cats.
As a family, they love to travel frequently, the United States being a firm favourite.

♡ Hottie of The Day ♡ Calum Best