Conner Brian was kept in the dark about being a father, so he isn't a fan of people who aren't truthful. Now, with a four-year-old son, he's adjusting to life as a dad. He's getting along with his son's mother, working at the Black Alcove bar, and he's ready for classes in the fall. Life is good.

Alexis Parker has finally taken a leap of faith to meet her brother. Only he doesn't know it. Terrified of rejection but determined to reunite with the only family she has left, she keeps the reason behind her move to Wind Valley to herself. She isn't going to allow her past to steal her happiness any longer.

When Alexis moves into the apartment across from Conner, they both soon realize how pieces of their own lives affect the other. But even though their connection feels real, some things are better left unshared.


A fun New Adult romance, Just One Touch fills your heart with love and tests the power of trust. 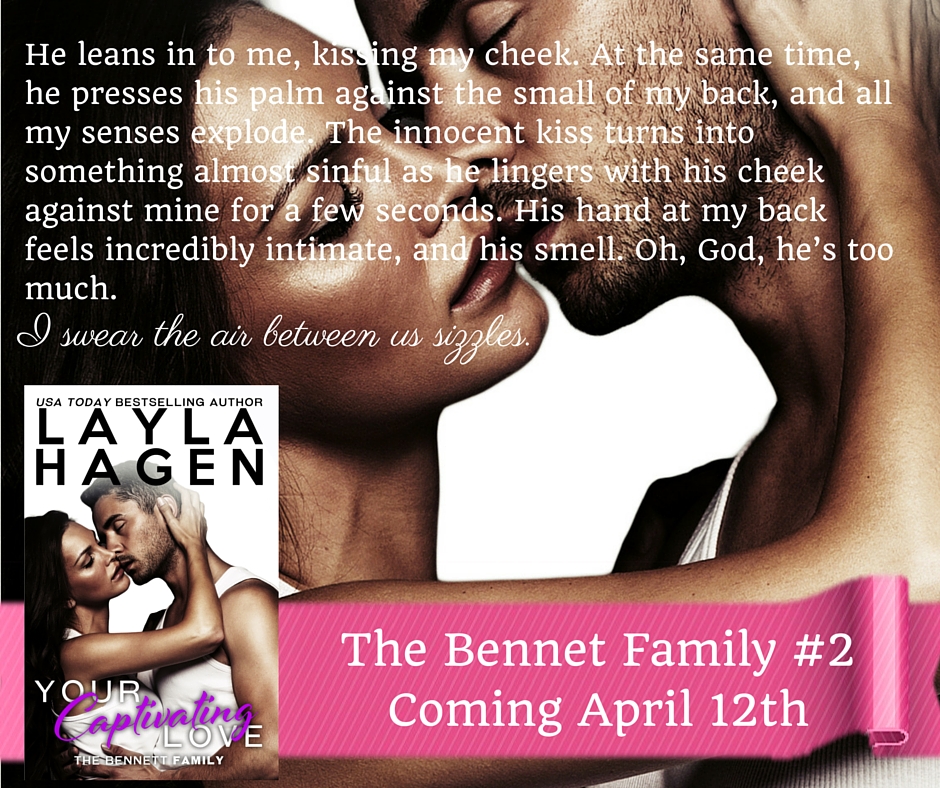 I lean back in my chair the moment I hear Jake. He zooms into the room and right to his grandparents. Who, I might add, have had the biggest smiles I've ever seen on their faces. Today is happy day for them, too.

"Alex!" he yells the moment his eyes catch mine over his grandfather’s shoulder mid hug. Jake scrambles down to his feet and runs over to me, wrapping his arms around my neck as I lean over the chair into his embrace.

"Dad said you've been real busy this week. So busy you can't even play chalk with me." Big, sad eyes look up at me. I see Conner in them and it crushes my heart even more.

"Yeah, I have. But how about next time you're staying at your dad's, I'll meet you outside for a chalk date."

My gaze remains glued to the floor as I feel Conner looking at me. If I look up, I can't promise I won't break into tears. I don't know what has gotten into me. I've only known him a few months. This shouldn't be the way I feel after such a short amount of time.

"Yeah, I heard her, bud." His voice sends welcomed shivers through my body, waking parts of me that have a desire only for him. His arm brushes against mine as he takes the seat next to me. Jake is now chatting Sara and Logan's ears off on the other side of the room.

"I've been trying to talk to you," he says quietly.

"Can you give me the chance to explain myself? I never thought I would meet someone like you, and everything got complicated so fast. I was so caught up in what we had that I got scared."

"Conner, I don't think this is the place to talk."

"I disagree. I told myself that the next time I saw you, I wouldn't waste another minute missing my chance to talk to you. Waiting for the right moment is what put me in this spot to begin with. I miss you, Alex. And I'm so incredibly sorry."

JAMI WAGNER was born in Wyoming. Still living in the Cowboy State, Jami and her boyfriend are currently writing their own love story with their yellow lab.

Jami enjoys writing New Adult and published her debut novella Date in the Dark in 2015. The first book in her Black Alcove series, Just One Kiss, released in October 2015.

Visit and connect with Jami! 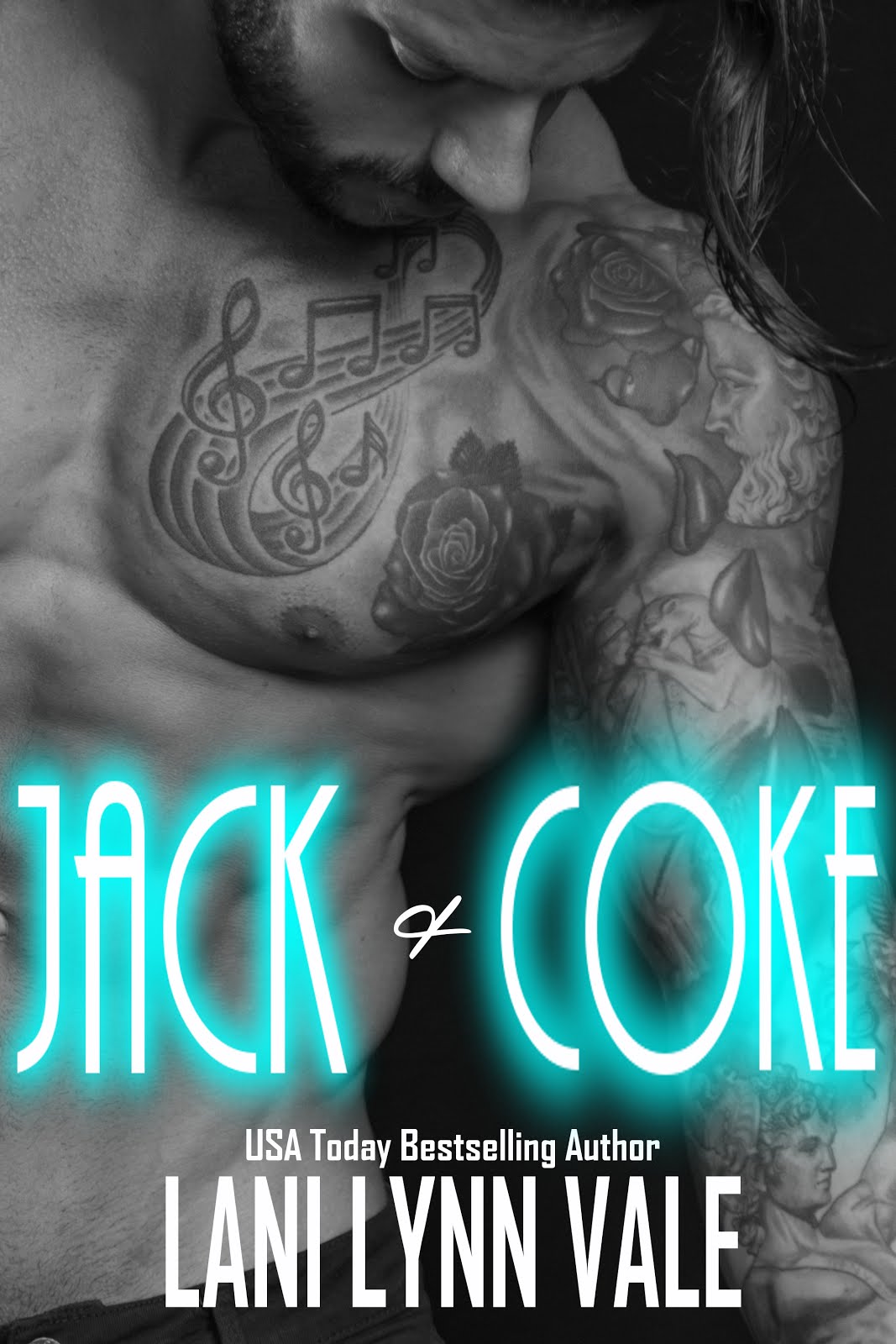 Mig's wife is a bitch.
How else do you describe a woman that lies, cheats and steals to get what she wants?
That's exactly what happens when she traps him into a marriage he wants nothing to do with, saddling him with a kid that he knows doesn't deserve to be in a world like his.
He's doing a pretty bang-up job at ignoring everything but his responsibilities as a DEA officer and a member of The Uncertain Saints MC.
Then his neighbor knocks on his door, and everything he thought he knew is blown out the window.

Annie teaches Mig that not every woman is out to get him.
Her love for Mig stretches past what's appropriate for two friends, and Annie soon straddles that invisible boundary between appropriate and inappropriate.
Annie's not a cheater, though.
When she tries to say goodbye, Mig won't let her leave, and soon the tiny town of Uncertain blows up with the news of Annie and Mig's innocent friendship.

Matters of the heart are foreign to Mig, and it takes Annie being gutted for him to see the wrong he's done.
He waits too long, though, and Annie's heart is broken.
She wants it all, or she wants nothing. She can't take anymore half-hearted attempts at being just friends.
The heart wants what it wants, and it doesn't take long for Mig to realize that.
But just when Mig finally has it all in the palm of his hand, his life is ripped to shreds by a new player in the game, and it takes all of Annie's love and devotion, as well as help from the men of The Uncertain Saint's MC, to put Mig back together again. 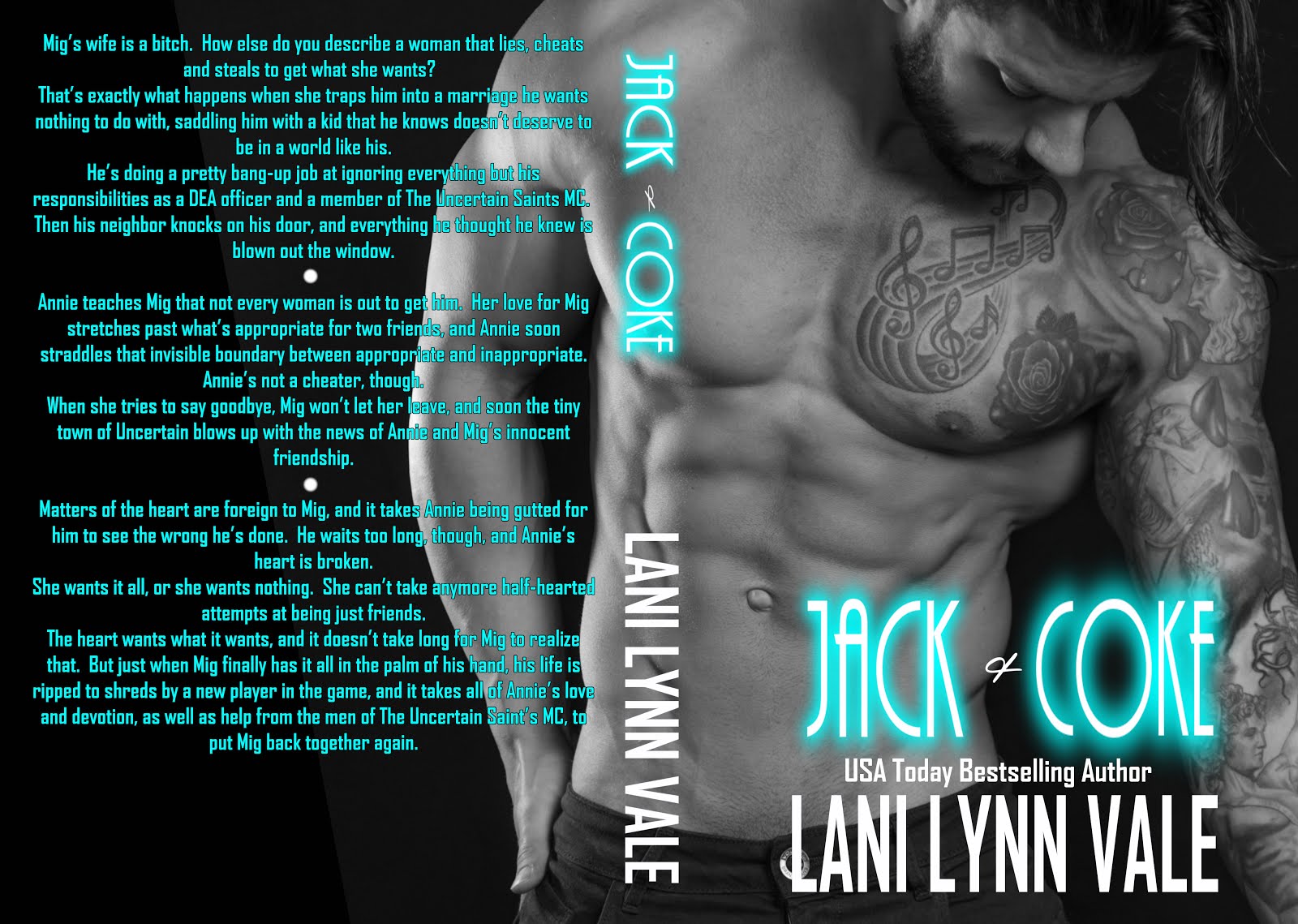 "Jack and Coke is a must read for fans of romantic suspense with a whole lot of competent humor mixed in, and a romance that's so real and raw that you can't help but relate to the characters and their struggles." - Literary Treasure Chest

"WOW! A totally engrossing, beautiful, hot love story! I have read every book by Ms. Vale and with each book she gets better and better, she has a gift for drawing you in and holding you captive." - Guilty Pleasures

"Go get the door for the policemen I can see outside," I called. "And tell them you have a DEA Agent in your house so they don't try to shoot me when they enter."

"I already did," I heard Annie say as she got closer.

I saw her only a few seconds before she disappeared around the edge of the hallway into the entry way beyond it.

Then the door was unchained, unlocked, and swung open.

Three cops were the next to enter, and I nodded at the one I knew.

"Hey there, Officer Kirkpatrick," I called to my good friend.

We had drinks every week, sometimes multiple times a week.

I had to do some creative thinking to get away from my wife, and Officer Kirkpatrick, a.k.a. Bullseye, was one of them.

And Bullseye had a hell of a wife that didn't care if I was over there as much as I was.

"These two men here decided to break into Annie's house. I'm just here making sure that they don't get off with anything valuable," I answered.

The other officer, Antonio Juarez, I didn't know very well.

He was new, and hung out with the young'uns instead of us old folks.

Well, I was thirty-four, which wasn't 'old' per se, but it sure as fuck wasn't young, either.

"What's that in his hand?" Juarez asked.

I looked down at Howard Ryan's hand, and narrowed my eyes.

Annie's 'purse' was more of a beach bag, and I didn't know how the hell she found anything in it.

But I wouldn't know what to do with her if she didn't have it with her.

She'd been able to supply me with an ice pack, and a water on two different occasions, so I wasn't one to complain when it was beneficial to me.

Ryan shot me an evil look as he left, promising retribution, and I smiled at him.

Bring it, little boy. You can't handle this, my look said.

Forty-five minutes later, the cops were leaving with both men in the back of two separate cars, and I was left standing on Annie's front porch with her next to me.

"Thank you," she said, looking up at me with all sorts of promises in her eyes.

I touched my fingertips to her cheek and smiled down at her.

God, she was beautiful.

Long, wavy brown hair that went down to her mid back. Beautiful, full lips.

Light brown skin that was nearly the color of mine.

She was Puerto Rican, and she wouldn't let anyone call her otherwise.

I'd give anything to be with her but my life, and name, belonged to my wife.

God, if there was any way I could rewind a year, I'd do it in a heartbeat.

I would've never invited my now wife, Jennifer, to the club party.

Jennifer was the exact opposite of Annie.

Now she was six months pregnant with my child, and I hated every fucking second of my life.

"You're welcome," I said roughly. "I'm gonna have a few men over here in the next few days to install an alarm and make sure nobody can ever do that to you again."

"Mig, what the ever loving fuck are you doing over there?" My wife screeched.

I winced and slowly dropped my hand, looking over at Jennifer like one would a pile of fish heads and vomit.

Then I turned around when I saw she was dressed in little to nothing. 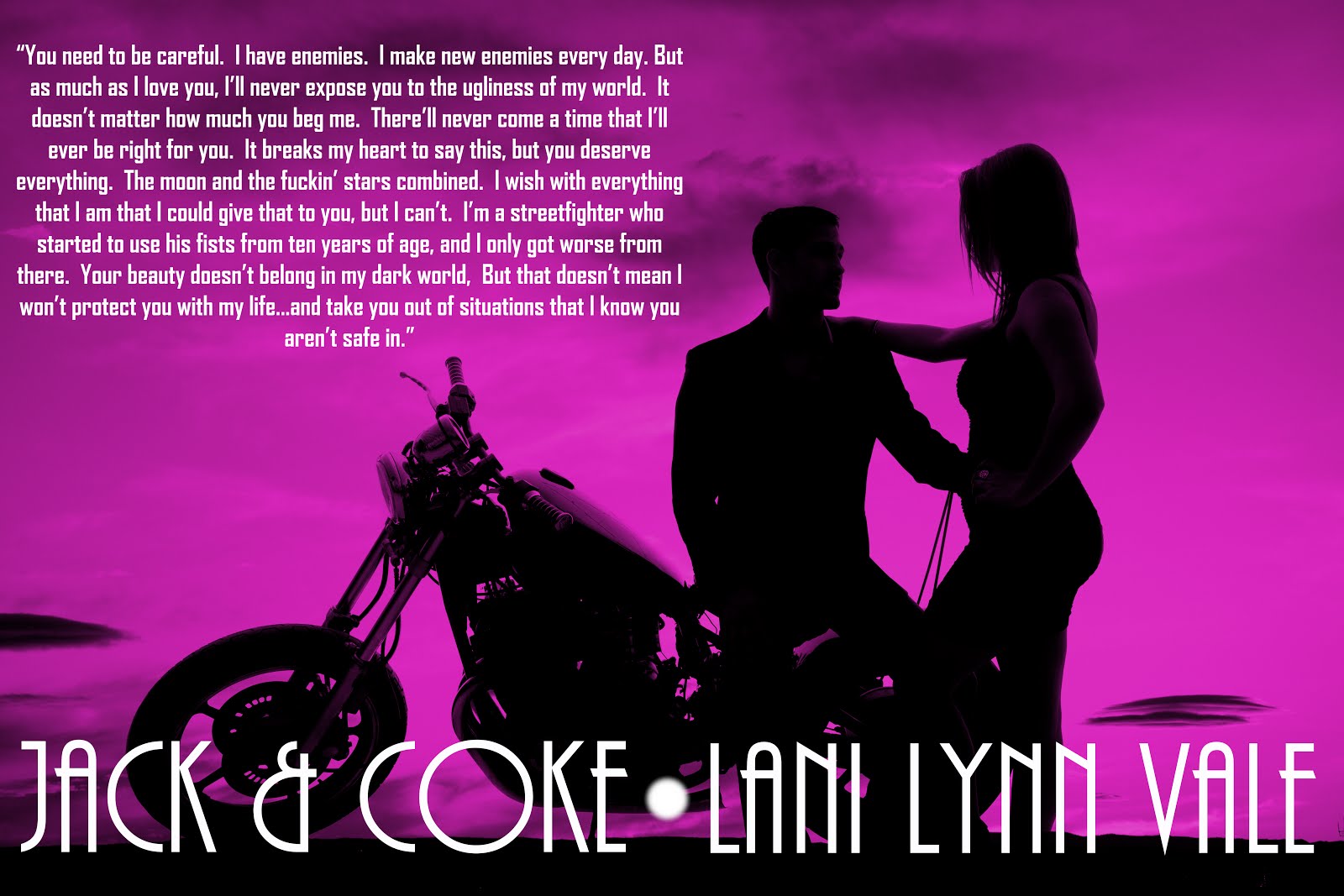 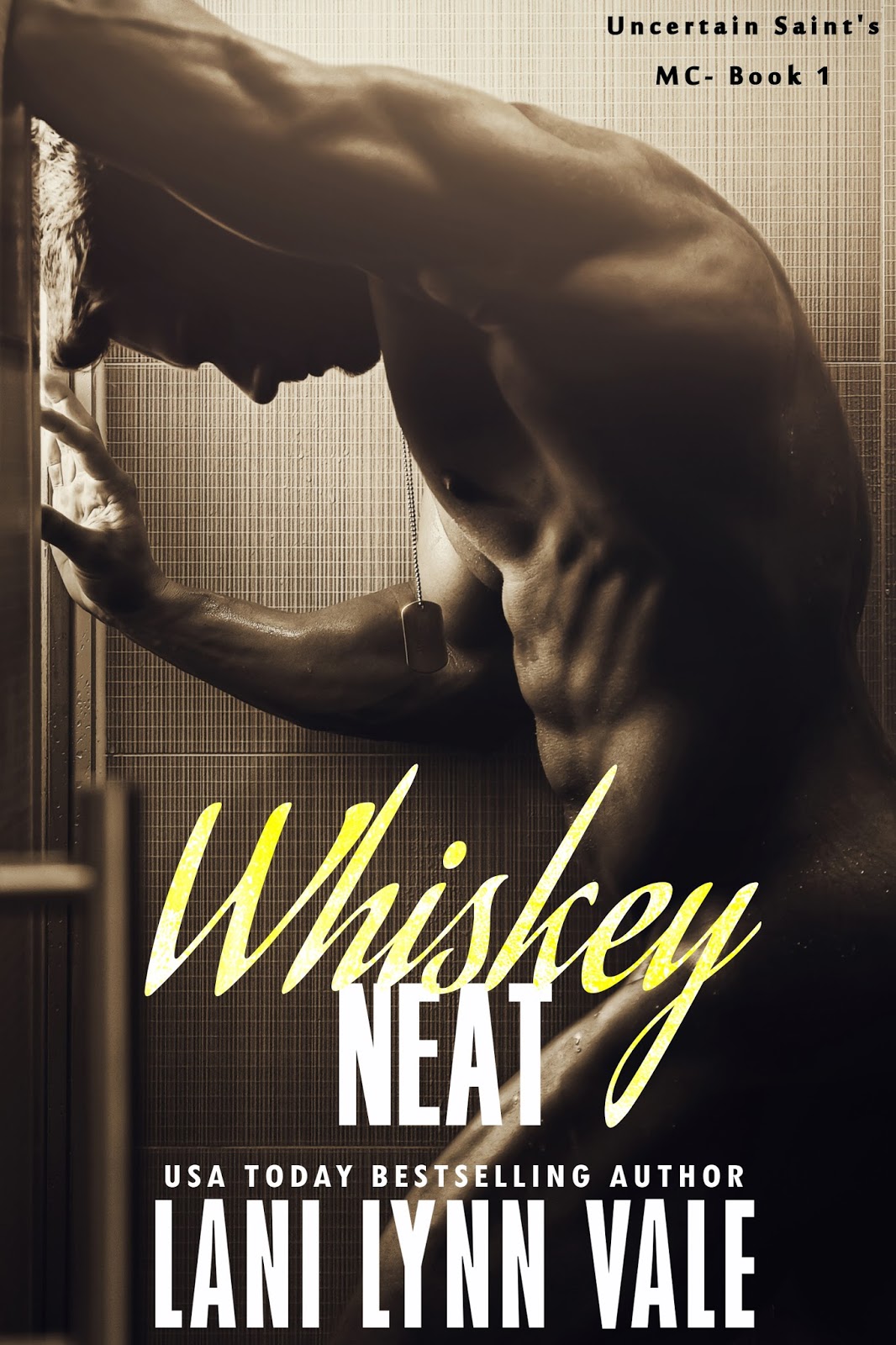 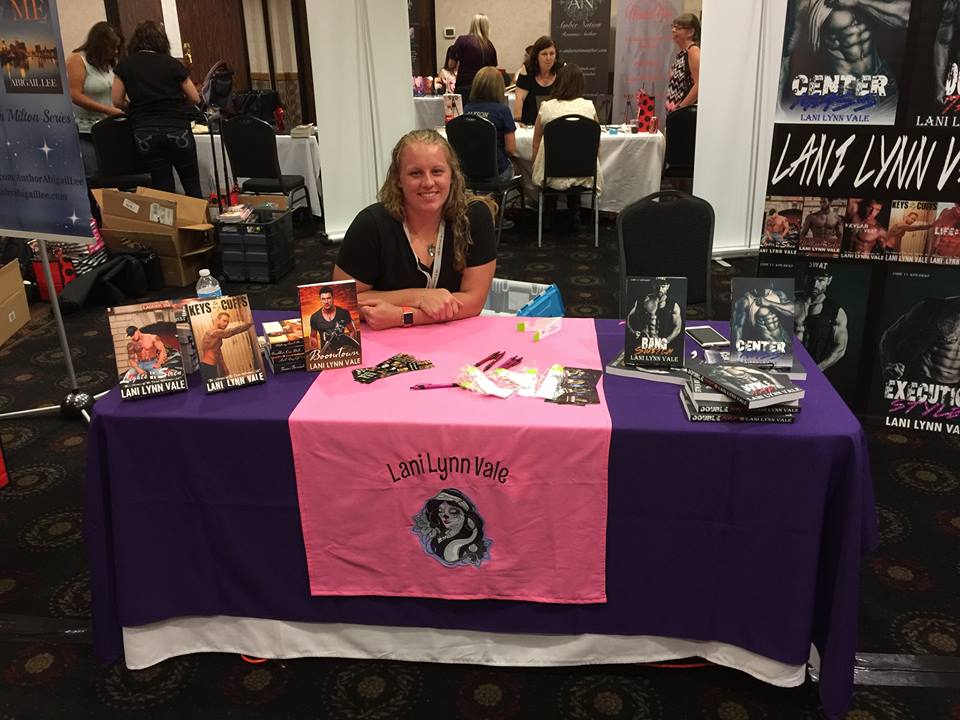 I'm a married mother of three. My kids are all under 5, so I can assure you that they are a handful. I've been with my paramedic husband now for ten years, and we've produced three offspring that are nothing like us. I live in the greatest state in the world, Texas.

♡ Hottie of The Day ♡ Cory Bond