**This can be read as a standalone**

Eighteen year old Alexis Sinclair is lost in the darkness of grief. Since the death of her sister in a car accident, she can't find the will to get out and enjoy life again. When she's forced to face her biggest fear and take a summer Driver's Ed course, she's surprised to find hope in the most unlikely person.

Liam O'Connell is trouble. He isn't proud of his dark past, and he knows Alexis is the one girl he has no business pursuing. Doing the right thing has never been easy for him, but this time, it just might be impossible.

The perfect girl and troubled boy are all wrong for each other, but as Liam helps Alexis cope with her grief, they realize nothing has ever felt more right.

That is, until Alexis uncovers a secret about Liam that breaks her heart.

Liam knows he can't allow the one good thing in his life to walk away without a fight, and he's determined to convince Alexis they can find their way out of the darkness together.

Can he prove he's worthy of her, or is some love too tainted to be saved? 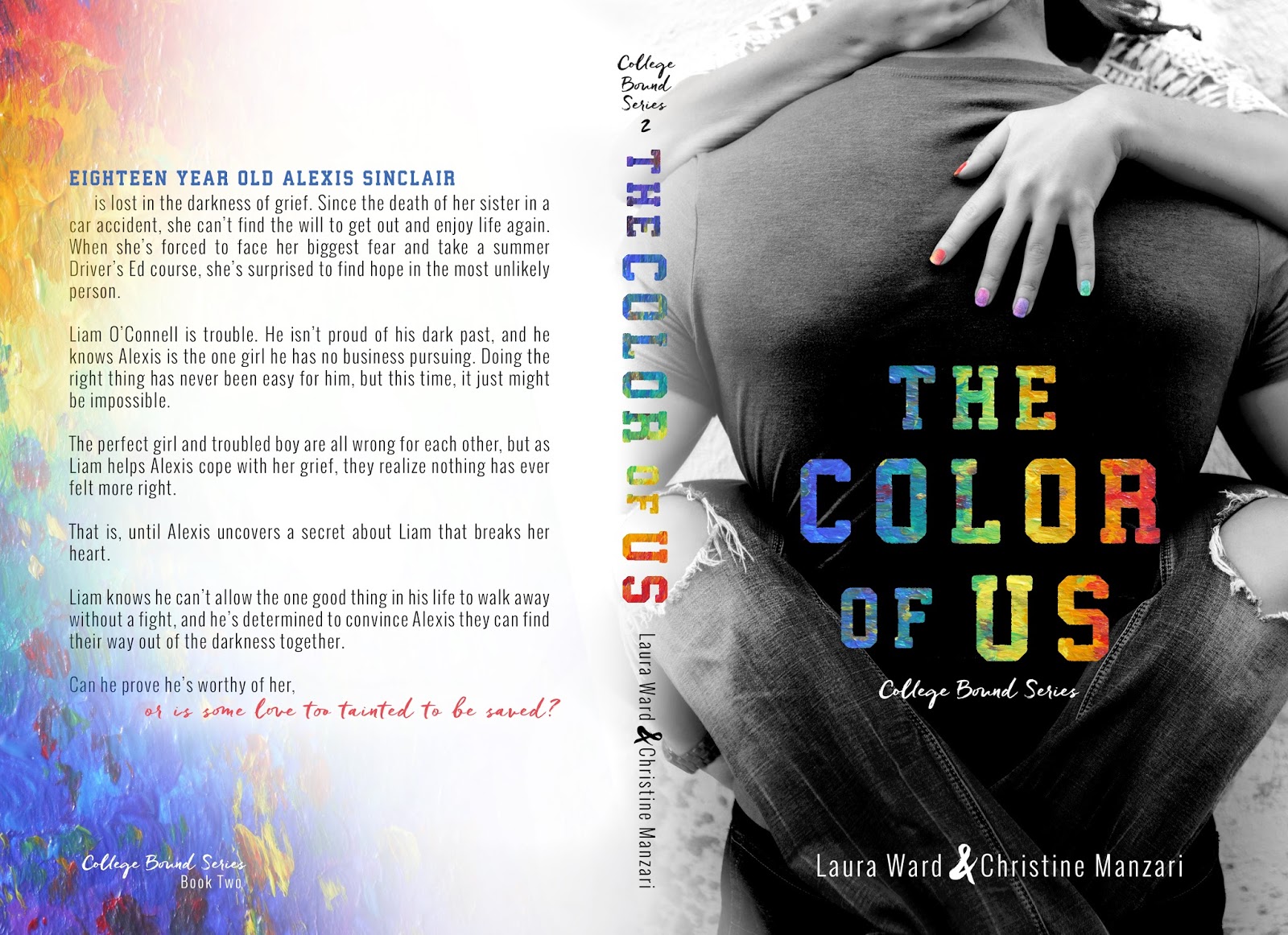 He took a deep breath. "Our lives are completely different, Lex." He raised his hand in a loose fist, running the backs of his fingers along my jaw. My breath caught in my chest as his thumb stroked over my skin in slow, gentle circles. "So different." He stared into my eyes, and I leaned forward, mirroring his posture. I placed my hand on his jaw. His chin was rough with stubble and tight with worry.

"Help me understand." My voice was needy, begging, but that's only because I was desperate to figure him out, to unlock the secrets he kept close. I wanted to know how he could be the sweet, patient boy who taught me to drive and then beat the living hell out of his friend a few days later. It didn't add up for me.

He reached up to grab my fingers that were still touching his cheek, and he adjusted them so that he was holding my hand. "I didn't grow up the way you did. The only thing I could ever depend on were my fists. That's how I protect myself and those I care about. Yeah, Adam's my boy, but he crossed a line. Said something he shouldn't. And in my world, when that happens, you teach a lesson. That lesson usually means blood."

I cringed at his bluntness and then felt guilty about it. He'd said our lives were different, but that didn't mean mine was better than his. I had no right to look down at him. Too many people already did that. In my world, there were lessons and punishments too. They were more calculated and less physical, but they were no less vicious. Like Melissa's threat to get her father to have Liam fired from the country club. When I thought about it, I wasn't sure which lesson was more cruel — fists or social war.

"What did Adam do to make you so mad? Was it because you wanted to hang out with me instead of going to the levees?" God, I hope not. That'd be the overreaction of the century.

Liam shook his head and traced patterns on my jaw with his thumb. "It's not important, angel. Just know that when you're with me, you're safe. No one hurts you. No one touches you." He leaned forward, letting his lips hover next to mine. "If anyone tries to hurt you, I'll make them pay. I mean it."

A chill skittered down my spine. The passion in his words was so strong that the air around us was charged with unspoken promises. Why would Liam feel such a fierce need to protect me? It frightened me that I enjoyed it so much. I swallowed. "Why did you call me angel?"

He tilted his chin up and pressed his lips to my forehead and then trailed kisses down my face, stopping to press his mouth to the corner of mine. He leaned back to let his eyes scan the length of me, head to toe, as he grinned. "It's hard not to think of you as an angel when you're dressed all in white and looking so goddamn perfect. You're so... good." He shook his head with a sad smile. "I have no right to want you as much as I do."

His eyes darted to my lips, and then his mouth was on mine again, stealing the words I wanted to say—I'm not perfect... I'm not good... I want you too. He sucked on my lower lip, pulling it into his mouth with such gentleness I thought I might melt into a puddle on his floorboards. How could so much rage be wrapped up in this much tenderness?

My hands snaked around the back of Liam's neck, and I moved to bring his mouth back to mine, grazing the tip of my tongue against his. I could faintly taste the smoke of his cigarette, but I could also taste the sugar of the funnel cake we'd shared. He was a heady mix of danger and sweetness that was so uniquely Liam it made me crave more. I slid my tongue against his again, and Liam's groan was the only warning I got before his mouth was devouring mine, demanding kisses from me that I was only too happy to return.

"You even taste good," Liam murmured against my lips before dropping his face to the curve of my neck where he nibbled along my skin, leaving goose bumps in his wake. "I want to taste every single inch of you. I think I'm addicted."

His lips pressed against my pulse point, and I was sure he could feel the frantic beating of my heart. My entire body felt like it was vibrating for him. I couldn't decide what I wanted more — for him to keep whispering his precious thoughts against my neck, or for him to go back to worshipping my lips.

As if he knew my inner turmoil, Liam trailed a slow pathway of kisses up my neck toward my greedy mouth.

"You look like an angel," he said, whispering a kiss under my ear. His quiet words trickled down my neck in a delicious shiver. "You act like an angel, too good to be true." He left a kiss on the side of my jaw before turning my face to his, his lips hovering over mine with so much heat I thought he might burn me when he finally kissed me. "You're my angel, Lex. And I think you just might save me." 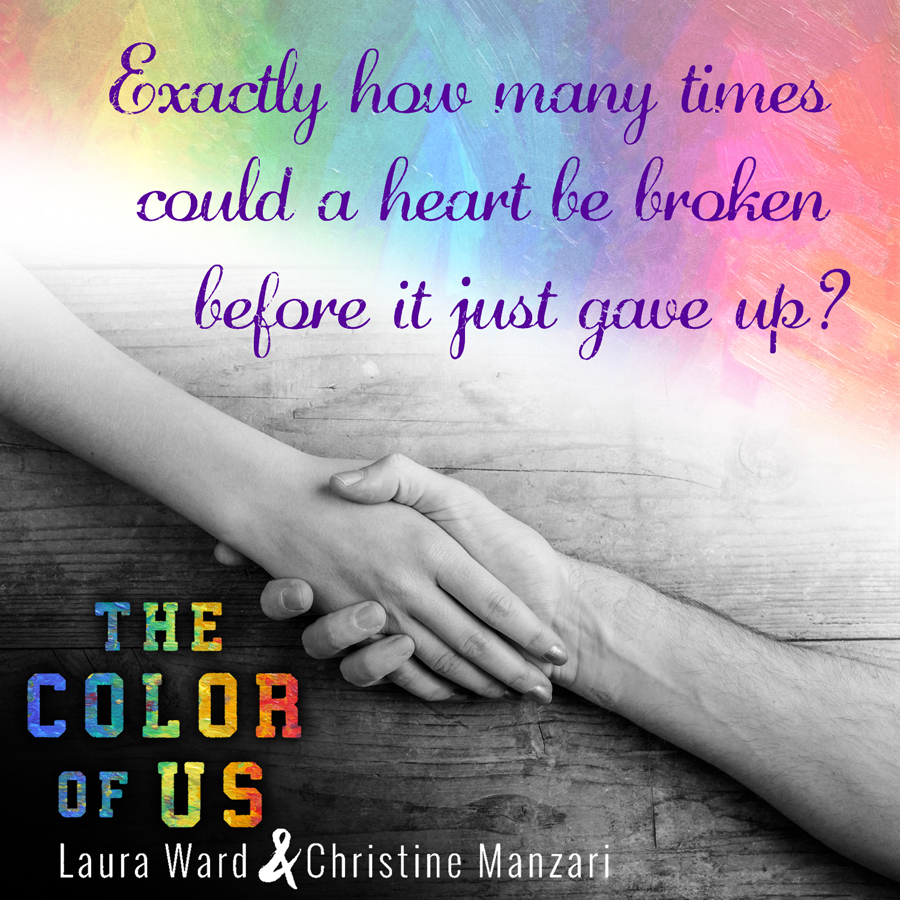 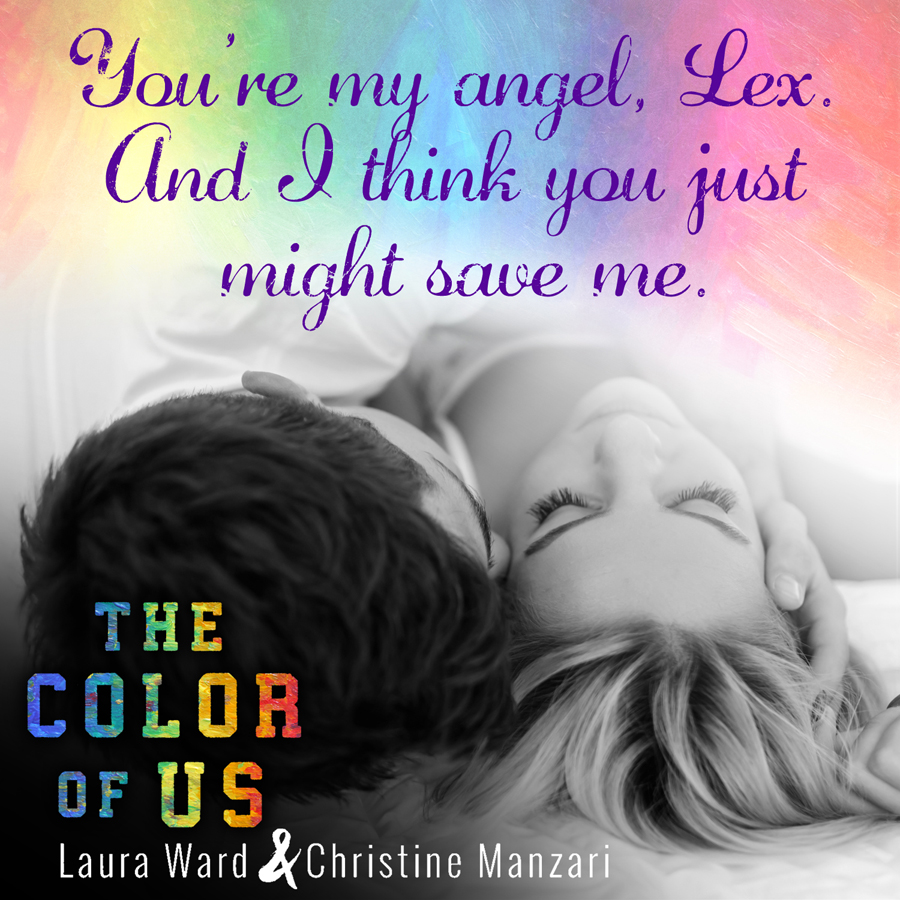 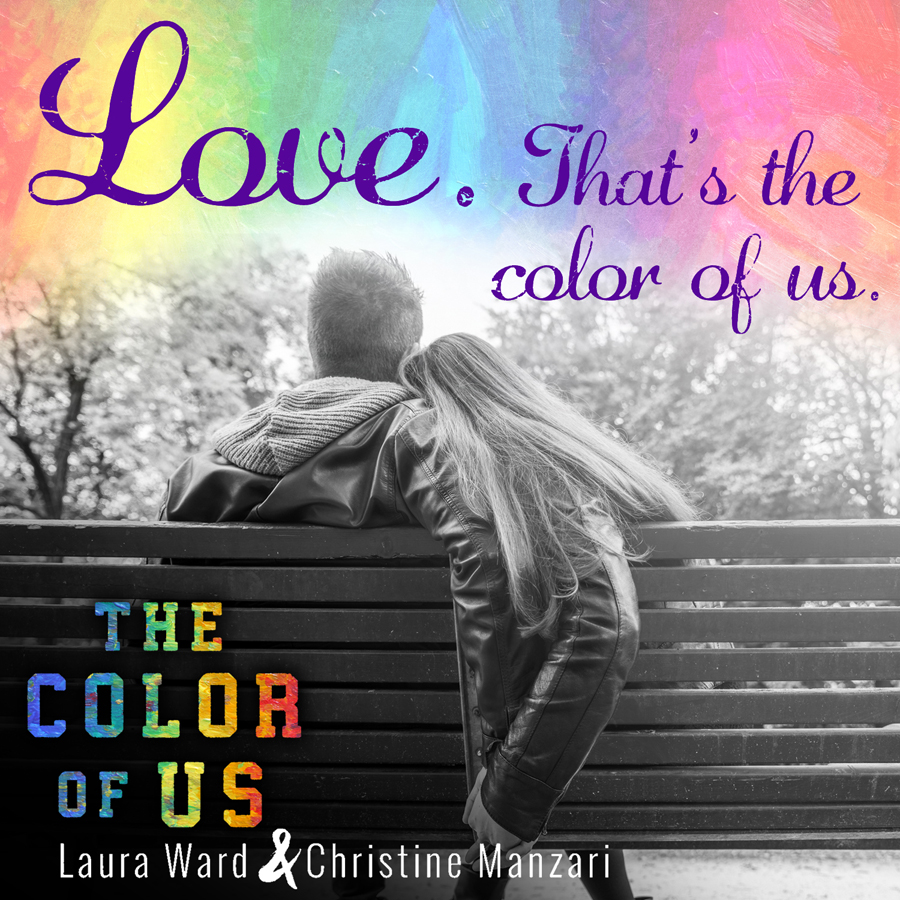 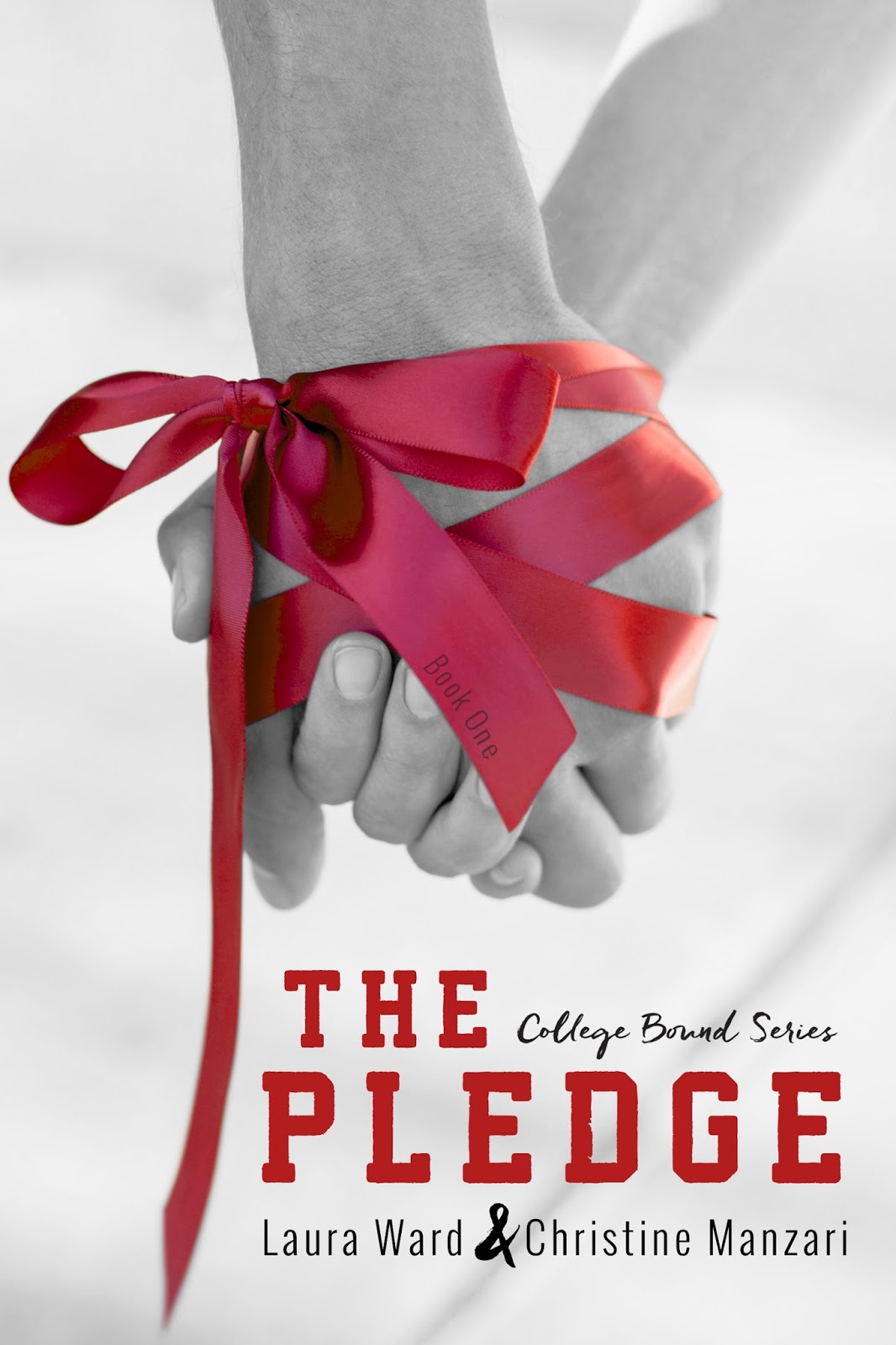 Taren needs a do-over. She's decided the best way to put the high school bullies behind her is to pledge a Taylor-Swift-lip-syncing, beer-guzzling, sorority. Sisterhood helps Taren find the acceptance she's always craved, but not the love she needs.

Alec wants freedom. To escape his father's iron fist and unrealistic expectations, he pledges a campus acrobatics club where he finds that drugs and alcohol aren't the only ways to get high. His addiction to danger helps him gain his independence, but it comes at a heavy price.

When the two cross paths, Alec fears his undeniable attraction to the party girl just might threaten everything he's worked so hard to earn. Taren hasn’t forgotten that Alec humiliated her back in high school, but she also can't deny the chemistry they share.

Alec and Taren have nothing in common, but fate is bound and determined to bring them together. They know falling in love is a risk, and yet it's too hard to ignore. When their worlds clash and they both end up suffering, will they fight to stay together? Or are some pledges too hard to keep? 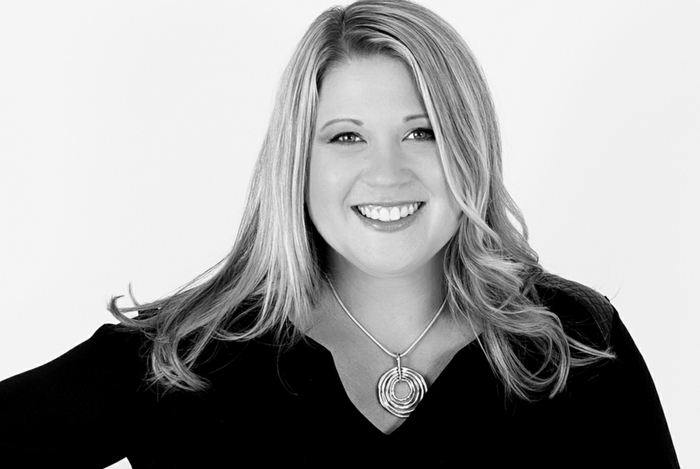 Laura Ward lives in Maryland with her loud and very loving three children and husband. She married her college sweetheart and is endlessly grateful for the support he has given her through all their years together, and especially toward her goal of writing books. When not changing diapers, driving to lacrosse practice, or checking spelling homework, Laura is writing or reading romance novels. 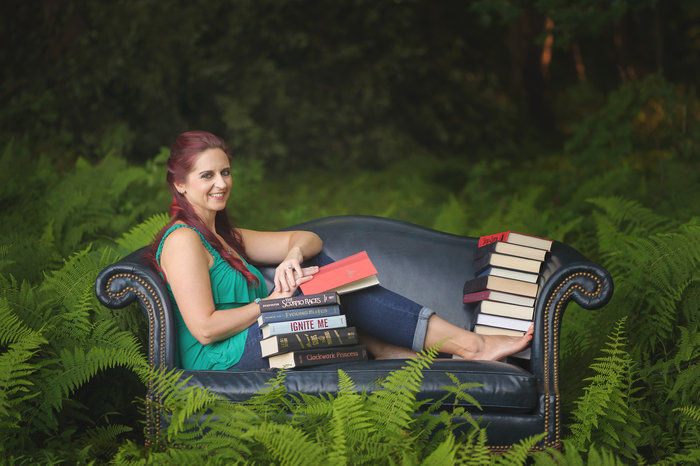 The first thing Christine does when she's getting ready to read a book is to crack the spine in at least five places. She wholeheartedly believes there is no place as comfy as the pages of a well-worn book. She's addicted to buying books, reading books, and writing books. Books, books, books. She also has a weakness for adventure, inappropriate humor, and coke (the caffeine-laden bubbly kind). Christine is from Forest Hill, Maryland where she lives with her husband, three kids, and her library of ugly spine books.

♡ Hottie of The Day ♡ Darren Birks