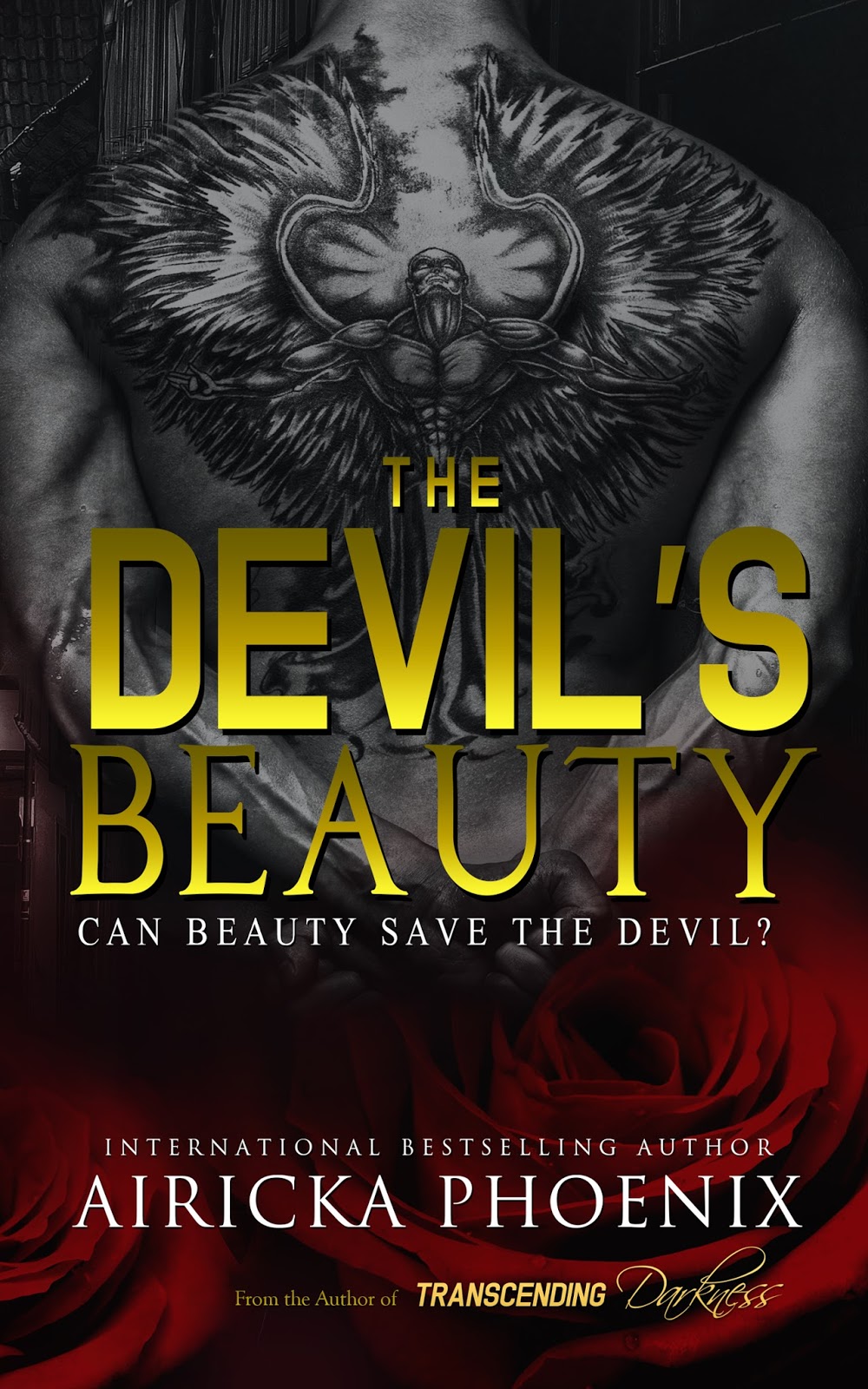 Dimitri Tasarov has never had a choice in what he was. From infancy, he had been raised with the knowledge that he was a monster, an unlovable creature without a soul, until a single act of kindness threw his entire world into a tailspin.

Ava Emerson had always led a reluctantly sheltered existence. Friendship was a luxury that came with questions she couldn't afford to answer.

They were an unlikely pair. He lived behind his mask and his roses, and she lived behind her secrets, yet they shared a bond that could get them killed if anyone ever found out.

Times were changing. The city was in turmoil. The weak were unprotected and someone needed to make a stand. But Dimitri wasn't the only one with eyes on the north, or Ava, and they will stop at nothing to claim them both.

Can Dimitri keep Ava safe, or will the devil fall? 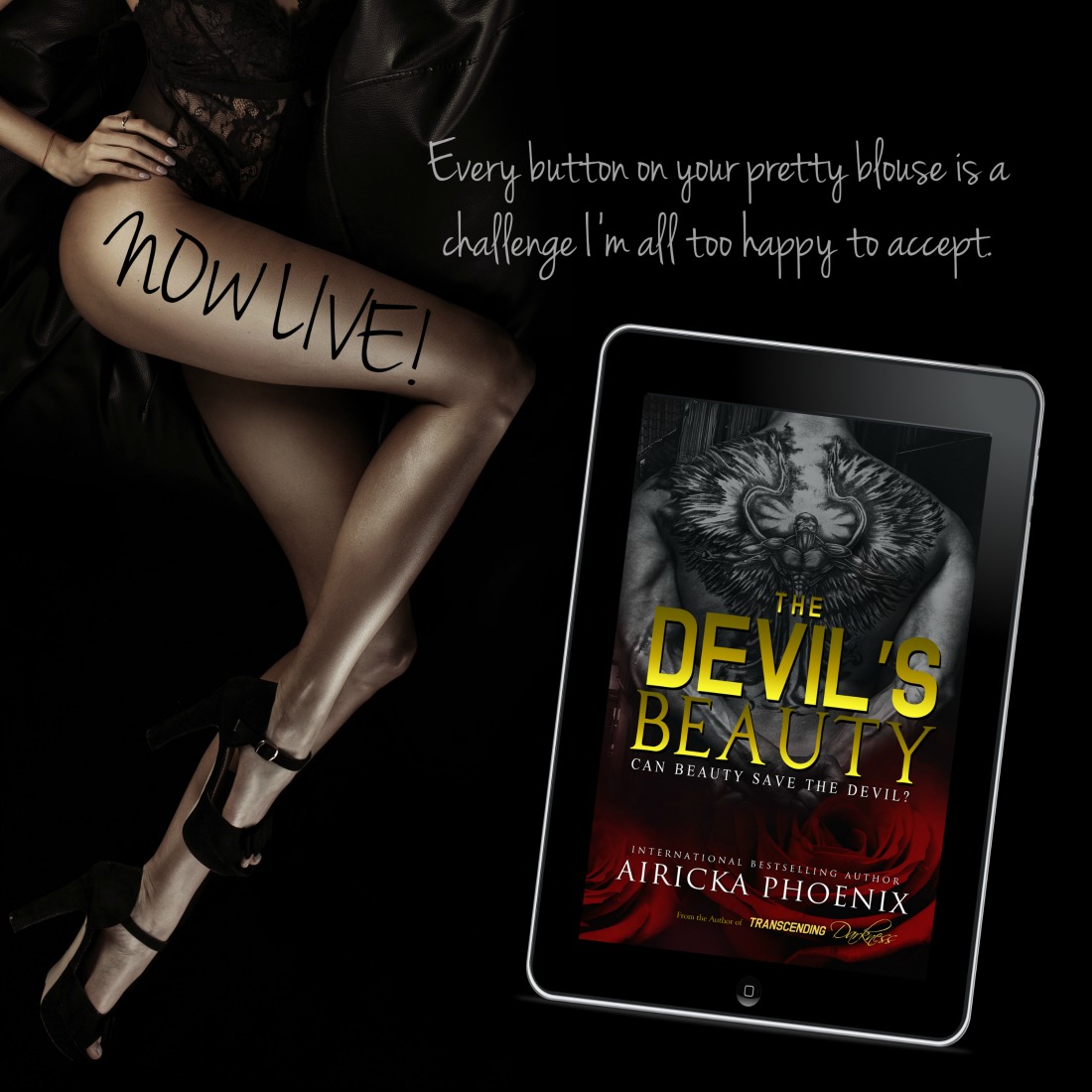 "She not here." He faced the men hovering by the door. "Are you sure this is it?"

Carlos nodded. "These are the girls from this shipment."

"She's not here," he repeated, desperation tangled with a building panic he couldn't bottle back.

He could feel his heart thumping, could hear his blood roaring between his ears. He wanted to scream, to punch a hole in the wall, to do something, anything rather than stand there useless. But that was all he could do. This had been his final hope. The last place she could have been. All he could think was, maybe John Paul or Jarvis will get her. Simultaneously, he couldn't stop the secondary voice prodding back with, what if they don't?

"Where are the private sales?"

Hector shook his head. "There are none."

"There has to be!" He was beginning to lose his temper. He could feel himself losing his grip on his sanity. "She was on that boat. She has to be here."

"We have checked everywhere she would be," Hector said with a gentleness Dimitri knew he wasn't accustomed to.

"Take me to the booking house." He straightened, filled with a new purpose. "I want to talk to the guy who selects the girls."

Airicka Phoenix is a romance junkie with an incurable addiction to chocolate. She is also a prolific author of several novels written for young adult and new adult romance addicts who love bad boys, hot kisses and a gritty plot. Airicka prides herself in producing quality material her readers can fall in love with again and again.

When she's not hard at work bleeding words onto paper, Airicka can be found cuddling with her family, reading, watching TV shows, or just finding excuses not to do chores.

Be the first for giveaways, teasers and upcoming releases by joining Airicka's newsletter on her website. 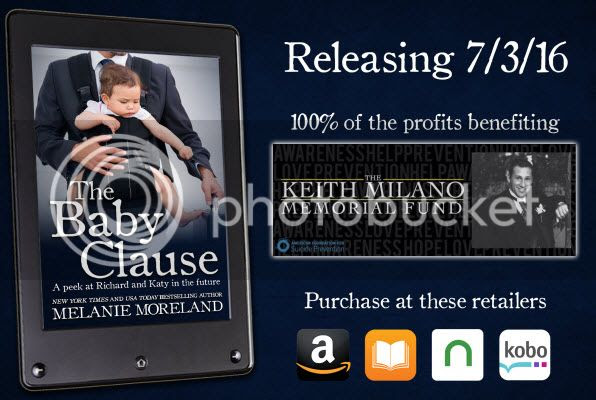 YOU ASKED. HERE IT IS!
A CONTINUATION OF KATY AND RICHARD'S STORY

The Baby Clause
The Contract #1.5
by
Melanie Moreland So many readers wanted to know what was next for Katy and Richard. Melanie Moreland wrote this small continuation of their story for her newsletter, with the intention of eBook sites to offer free download. After hitting some Amazon roadblocks and head scratching as to how to let more people see it, an idea formed.

She didn't write this to make money, but to say thank you. So the best idea — pay it forward.

Melanie has partnered with the Keith Milano Memorial Fund, and all profits will go to this amazing charity which benefits Mental Health awareness, and suicide prevention. The add-on is releasing 7/3/16 and is available for pre-purchase. This story available for a limited time for 99 cents.
If you have read The Contract, and want a little more — get your copy now and support a great cause!

The Keith Milano Memorial Fund was established to help raise awareness about the devastating and deadly disease that is mental illness. Keith's spirit and laughter is kept alive through our efforts to increase awareness about mental illness and to raise money for education and imperative research. Keith often struggled with society's perception of mental illness. Our hope is that by having the strength to say that Keith was "Bipolar" we can strip away the stigma and help others to be more open about their disease.

Keith's fund is a self-directed memorial fund. Funds raised are spent on programs and research programs selected by the Milano/Sprung family.

AFSP is the only national not-for-profit organization exclusively dedicated to understanding and preventing suicide through research and education, and to reaching out to people with mood disorders and those affected by suicide.
AFSP is a fully accredited 501(c)(3) tax-exempt organization incorporated in the state of Delaware with primary offices in New York City. Federal tax ID # is 13-3393329. ♡ Hottie of The Day ♡ Pedro Senger