Natalia Puccini has spent her entire life playing by her overbearing but well-intentioned Italian family's rules... except the one time she took a chance on a bad boy and fell hard. She's worked to get her life back on track so when Aiden McCann comes sauntering back into town with his heart-stopping smile, Natalia vows not to fall for him again. There's no way she'll let him mess with her perfectly planned life... and there's no way she'll let him near her heart again... Now reformed and a self-made success, Aiden is tormented by regrets and secrets. He left Red River years ago filled with anger and resentment and a promise to never come back. But when his ill father needs help, Aiden knows it's time to face the mess he left behind, and face the one woman he never got over. It doesn't matter how beautiful or intriguing she is, though, because he'll never be able to give her what she needs. As soon as his father is healthy, Aiden is leaving Red River... for good. 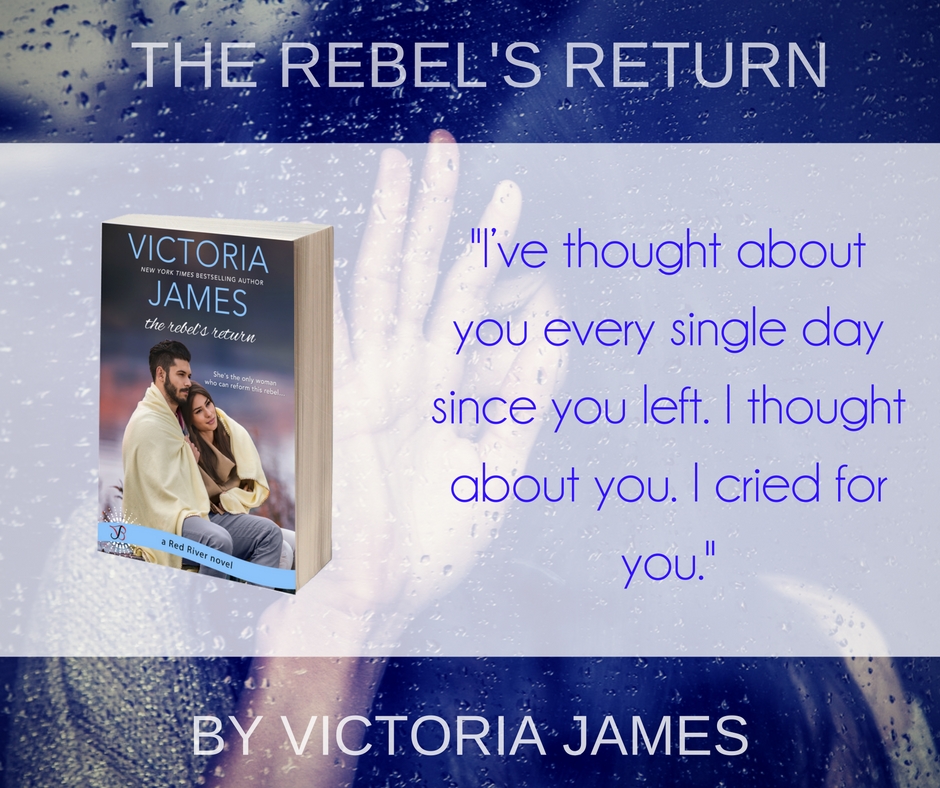 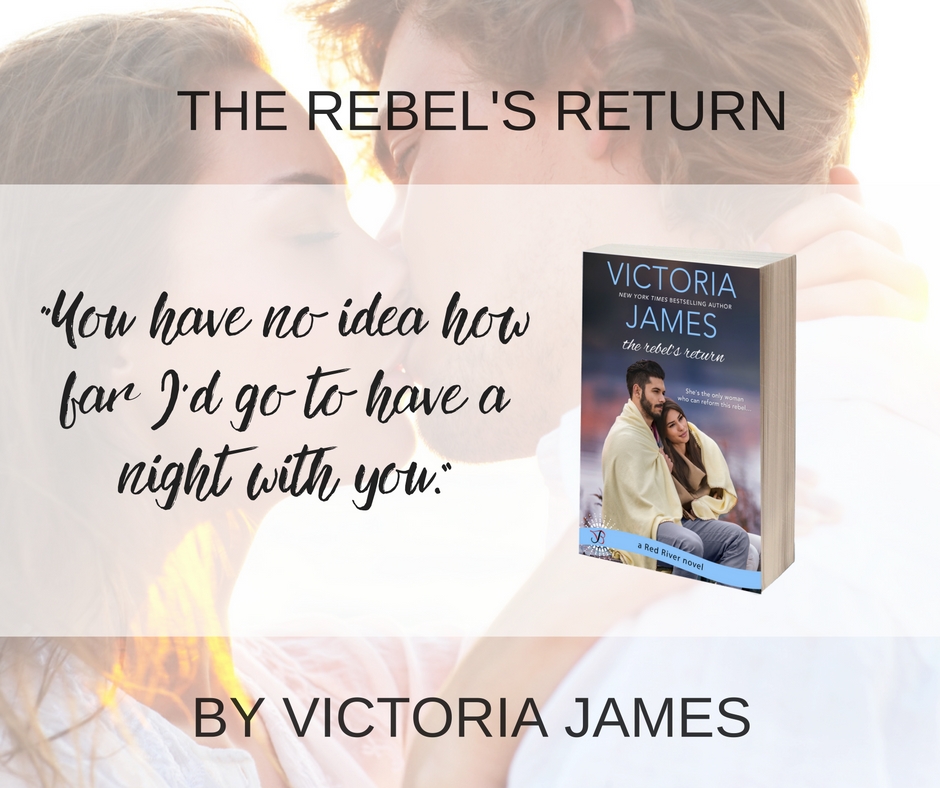 "I hate hating people. I just dislike you intensely, Aiden. Don't mistake my being kind to your father as kindness toward you. As for being civil, I can do that, too."

"Great. Well, now that we've cleared the air... I'm glad things won't be awkward between us while I'm here."

God, this was going to be a long eight weeks. "Fine. So you hate me."

She shook her head. "That's such a negative emotion. Also, too strong of an emotion for a man I haven't thought about in ten years."

He crossed his arms. "You haven't thought about me in ten years?"

He took a step closer to her, mostly because he couldn't resist. "I think you're lying."

"And why would you think that?"

"You bring my father food every day."

She took a step closer to him. "Because I feel bad for him, not because of you."

"Well, you must think about me every time you walk into the house."

She rolled her eyes. "More like a passing thought. Like if somebody puked after eating Chinese food, then every time they saw Chinese food, they made the association." He was torn between laughing and being insulted. He glanced down at her mouth, and his stomach clenched. She still had the nicest mouth he'd ever seen. Soft, kissable lips, and he knew, remembered, exactly how she tasted. He was pleased to notice her gaze kept going from his eyes to his mouth. So maybe she thought about other things besides puking when he was around. Not that he'd let on. "When you think about me, you're thinking about vomit?"

She nodded. "Pretty much. Welcome back to Red River, Aiden."

And with those endearing words, the woman he'd thought he'd one day marry opened the door and walked out.

A Risk Worth Taking
Red River #1
by
Victoria James

Interior designer Holly Carrington worked hard for her success. Then tragedy struck, leaving Holly the sole guardian of her infant niece. Now she's swapped her designer purse for a diaper bag, and is going ahead with plans to renovate — and sell — her childhood home in Red River. But facing her past also means coming face-to-face with Quinn Manning all over again...

Quinn was the object of her girlhood crush — and heartbreak — and is more gorgeous than ever. He's also the only person qualified to oversee the renovation. Now they're butting heads every step of the way... and their attraction is more electrifying than ever! But once the house is sold, Holly needs to return to her real life. And falling for Quinn all over again is one risk she can't take...

Florist Claire Holbrook has always played by the rules her entire life, but breaks them to spend one night with sexy lone wolf Jake Manning, a man she's adored since she was a teenager. Six weeks later things get complicated when she discovers they created a bond that will last a lifetime...

Jake has never played by the rules. Getting Minister Holbrook's daughter pregnant wasn't part of any life plan, but he won't run from his responsibilities. He'll step up and be the best man he can, even if he doesn't have a clue where to begin. The more time he spends with Claire, though, the more he wants her, and the harder it is to get close because that would mean sharing the one thing he hasn't with anyone — the truth and his heart.

Their marriage bargain is just what the doctor ordered...

Former surgeon and self-professed life-long bachelor Evan Manning has one thing on his mind — to reclaim the career that a car accident stole from him. But when he's forced to return to his hometown of Red River, Evan comes face-to-face with the gorgeous woman who's haunted his dreams for the last year — the woman he rescued from the burning car that injured his hand. Now Evan needs her help. In a month, he'll have the job opportunity of a lifetime... he just needs a wife to get it.

Artist Grace Matheson is down on her luck again... until she walks into Evan Manning's office. When her sexy former hero hears that she needs work, he offers her a job and a home — if she'll pretend she's his fiancée. Grace knows she shouldn't fall for him. Once the month is up, Evan will be back to his old life. But the more time they spend together, the more real their feelings become — and the more likely heartbreak is.

Victoria always knew she wanted to be a writer and in grade five, she penned her first story, bound it (with staples and a cardboard cover) and did all the illustrations herself. Luckily, this book will never see the light of day again.

In high school she fell in love with historical romance and then contemporary romance. After graduating University with an English Literature degree, Victoria pursued a degree in Interior Design and then opened her own business. After her first child, Victoria knew it was time to fulfill her dream of writing romantic fiction.

Victoria is a hopeless romantic who is living her dream, penning happily-ever-after's for her characters in between managing kids and the family business. Writing on a laptop in the middle of the country in a rambling old Victorian house would be ideal, but she's quite content living in suburbia with her husband, their two young children, and very bad cat.

Sign up for Victoria's Newsletter to stay up to date on upcoming releases and exclusive giveaways, follow her blog for daily antics and insight into her daily life, and get to know her on twitter and Facebook. She loves hearing from readers!

We are very excited to bring you the highly anticipated cover for The Fix-Up, the standalone novel from New York Times Bestselling Author Kendall Ryan.

The Fix-Up releases on October 11.

♡ Hottie of The Day ♡ Aitor Mateo