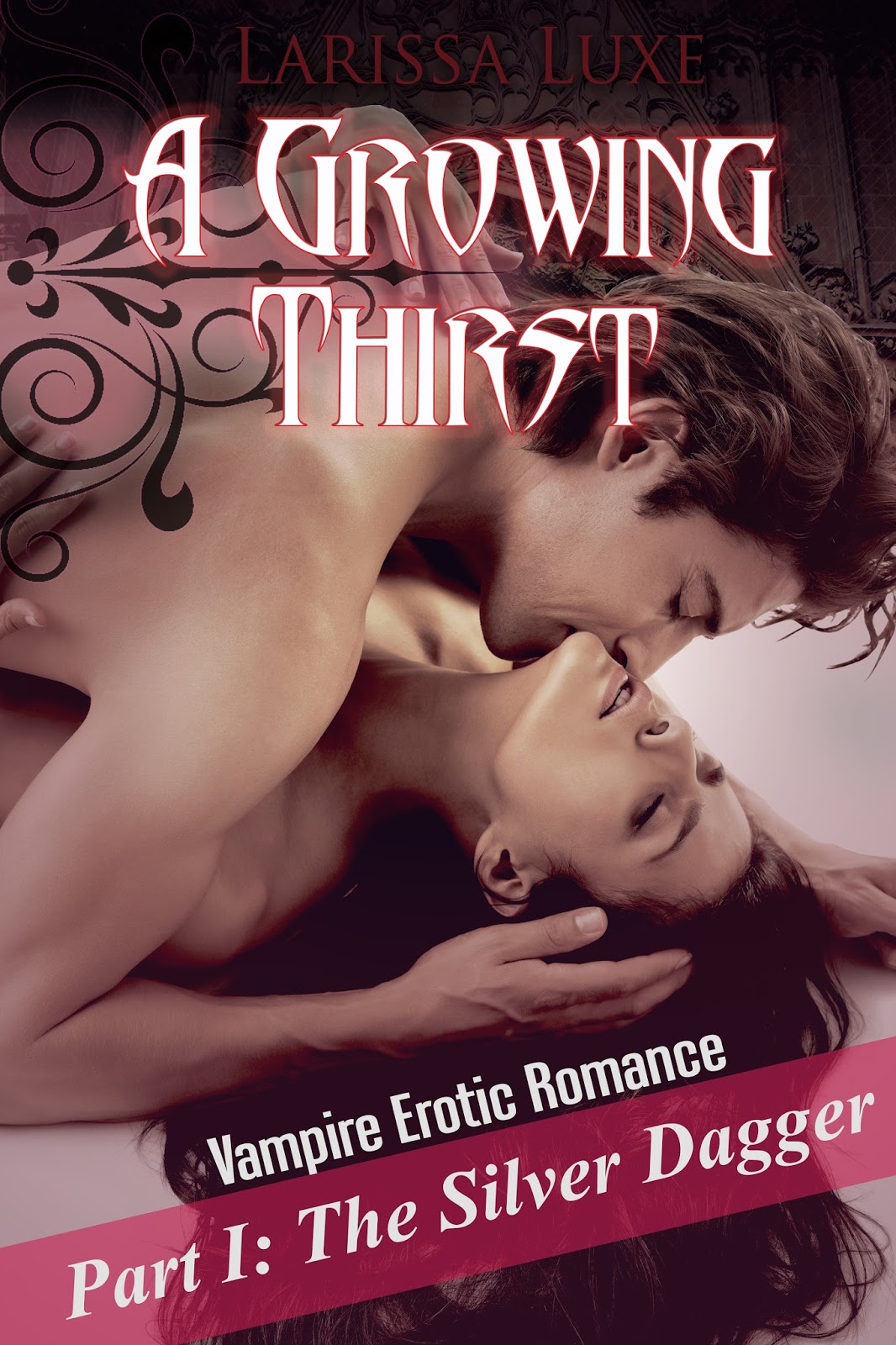 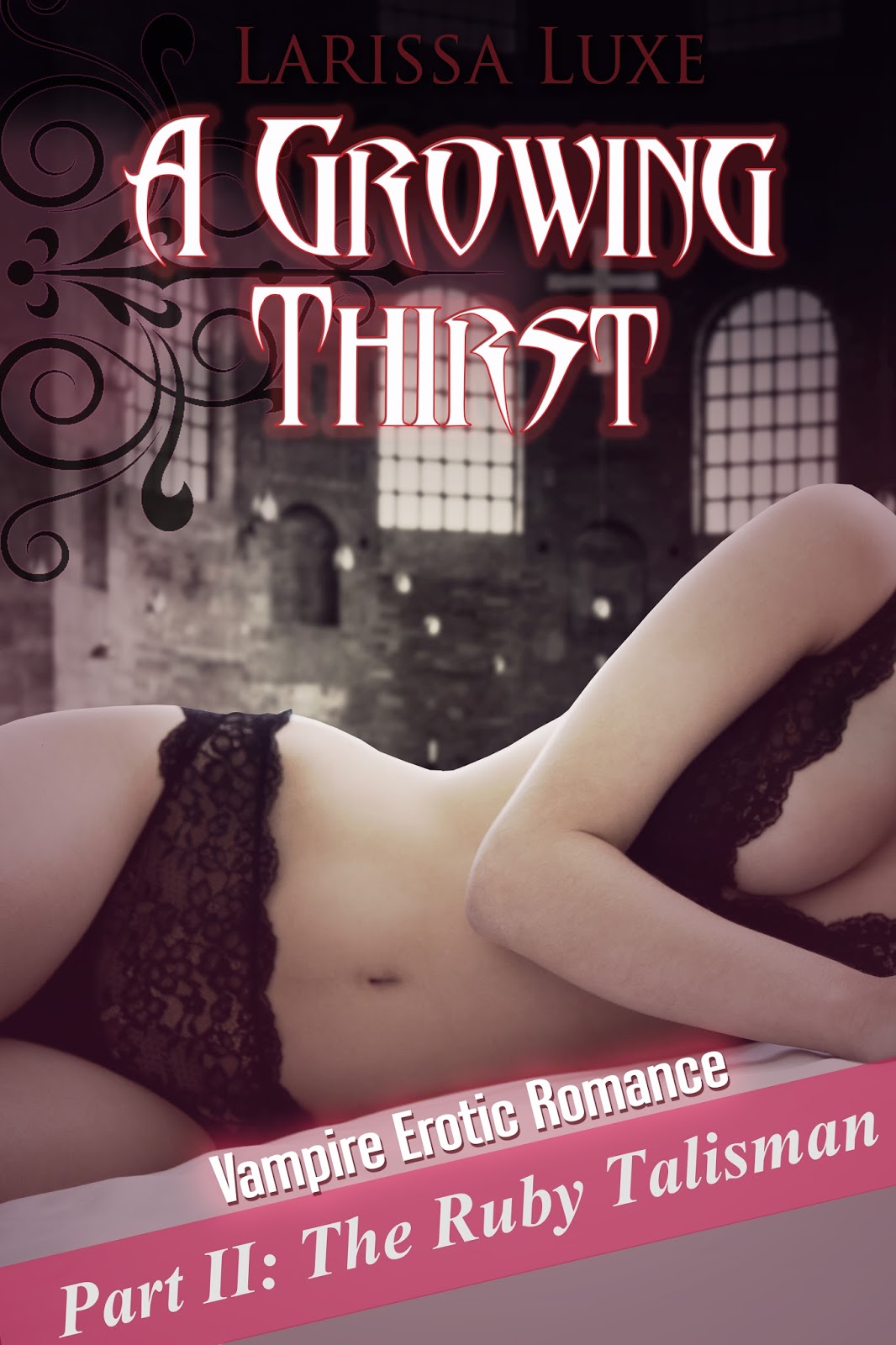 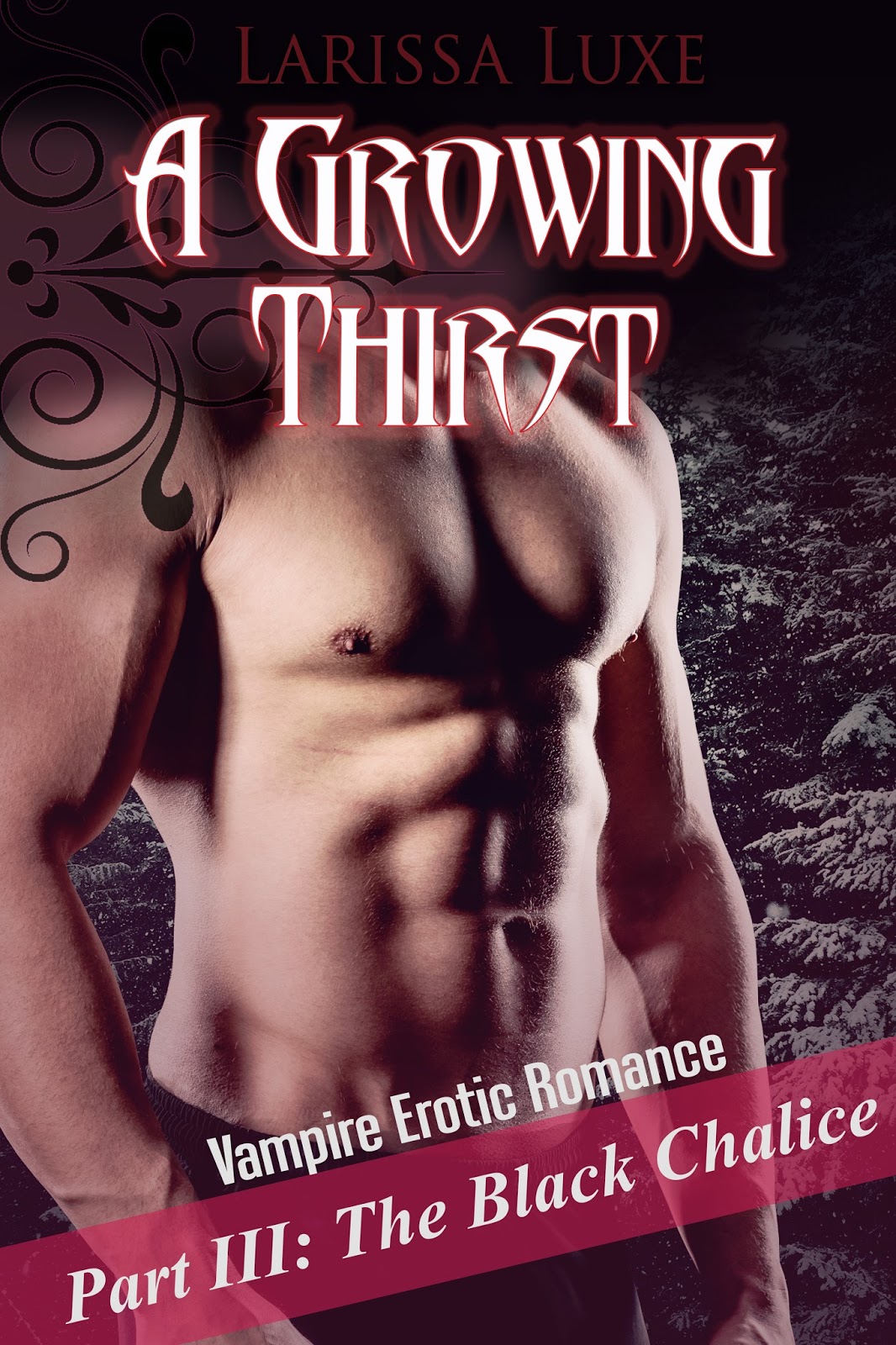 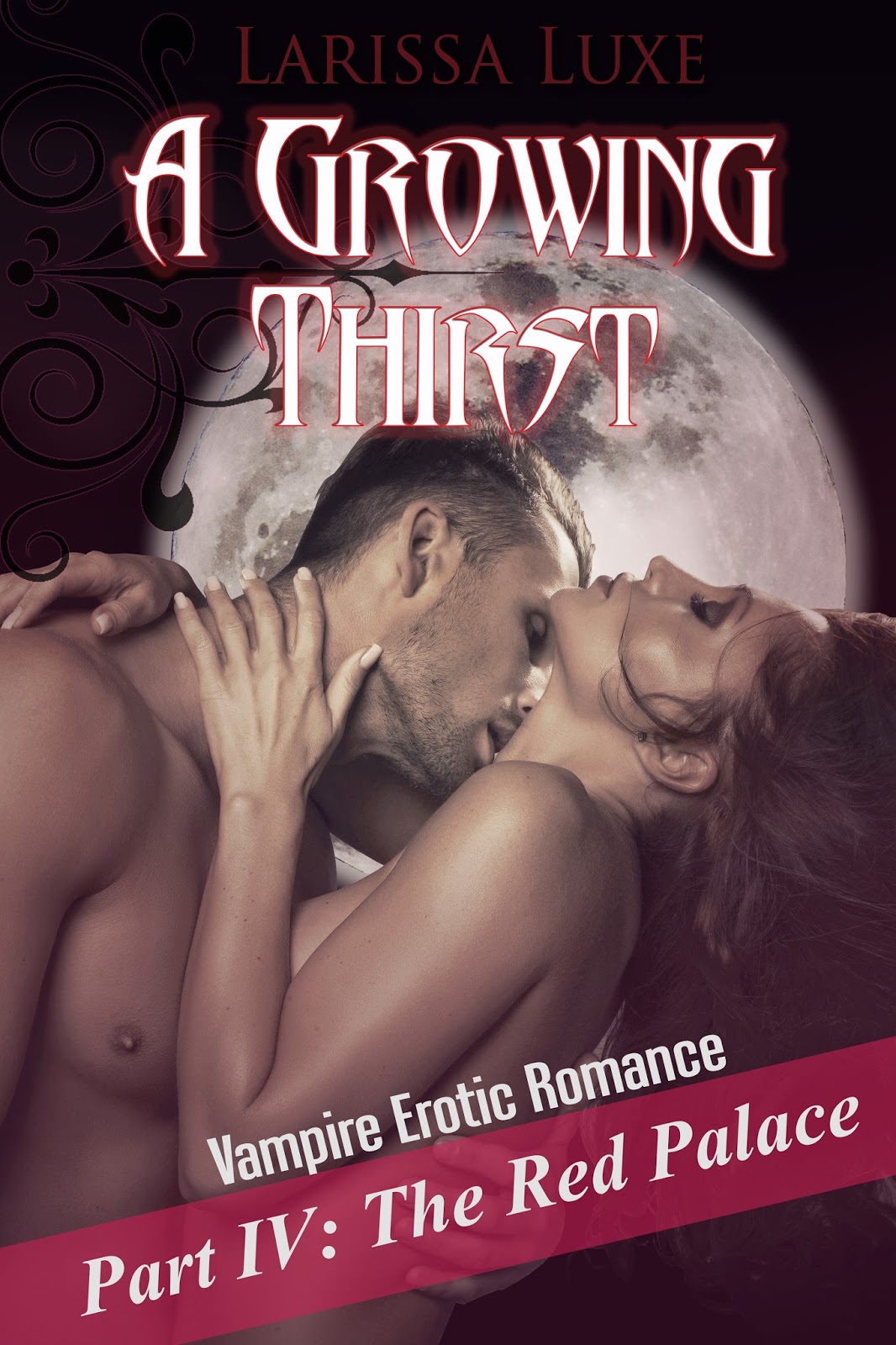 Ever since meeting Christine, Caleb’s desire to taste her blood has been growing steadily stronger...But Caleb also knows that if his lust gets the better of him, he will be putting Christine’s life in danger, as well as risking her transformation into a vampire. How can he ask Christine for what he wants most, when it means asking her to risk everything for him?


"I know what it is you want," she said, her voice was soft. "You want to know if you can taste me." A pink glow tinged her perfect cheeks, and she added, hastily, "Taste my blood, I mean." The pink turned into a full flush as she timidly looked down, breaking eye contact and resting her head on my chest again, shyly, as if she had said something embarrassing. I stroked her back gently, breathing in deeply and feeling myself go from hard to iron as a wave of blood engorged me mercilessly. My body throbbed and my fangs were making my gums ache. If only she knew how much I was under her control. I could feel her tremble in my arms, reacting to the knowledge of my lust for her blood...

Christine and Caleb are becoming ever closer, human and vampire falling in love. But each time Caleb drinks Christine's blood, it seems to be transforming her slowly into a vampire. And when Christine life is threatened, Caleb begins to realize that he has been putting her in danger in ways he couldn’t have possibly imagined... and will need to do everything he can to protect her.


"Drink from me, Caleb," I said in a whisper, aching for his contact now. He responded by opening his mouth wide, sinking his fangs deep into my neck. Unable to stop myself from reacting, I inhaled hard, gasping for breath. My eyes screwed up tightly, my jaw opening wide with the intensity of the sensation. Pain subsided into an intense feeling of pleasure as I felt his saliva mingle with my blood, his fangs inside of me. Pure ecstasy washed over me as he sucked at my neck, gently coaxing the blood from my veins. It was such a profoundly sensual feeling. And his saliva contained the power to turn me from a human into a vampire. I could feel it’s substance reacting with my blood, stimulating parts of my consciousness that lay yet dormant...

Urgency is mounting as Christine's transformation into a fully fledged Vampire is becoming imminent. Caleb needs to get her to safety, away from forces that threaten to take her away from him. He knows that the vampire Queen will never let stop looking for her as long as she is alive...

But at the same time, Caleb's urge for her blood is growing stronger and stronger. He is determined not to put Christine in further danger by tasting her blood again and hastening the transformation - But controlling his desires around her may prove more difficult than he could imagine.


"I know how brave you are, Christine," I said. "But this is not something for which I am going to give you a choice in the matter. I need you to stay alive. You just mean too much to me." I looked into her eyes, trying to show her the depth of my emotions towards her. "I never intended for you to transform in the first place. And I intend for you to stay human and safe as long as possible." She looked at me, hearing the force behind my words. As I looked into her eyes, I felt another throb of intense desire flare inside me. I knew I had no choice now but to abstain from her body, her blood... But as I looked at her, taking in her perfect face and her delicately framed, sumptuous body, I also knew that it was going to be more difficult than I had expected.

The Vampire Queen has placed a curse upon Christine, to draw her to the Red Palace so she can perform the bloodmagik that will siphon her Seer ability. Meanwhile, Derek and his hunting party are out searching for Christine as well, on the Queen's orders. With the odds stacked against them and enemies closing in, Caleb is desperate to keep Christine safe. He will do anything to protect her, and is even prepared to die for her. But what will he do if he should fail?


I gazed into Christine's face, looking at her soft features. Slowly, gently, I put my hand to her face, turning her head to the side to expose her neck. The bite marks were still there, and I remembered with a deep rush of love and affection for her how she had let me feed upon her blood to save my life when Derek had nearly killed me. Carefully I bent my head to her neck, and whispered in her ear. "I love you Christine," I said. Then I sank my fangs into her neck, the salty and sweet taste of her blood striking my tongue. I sucked at her gently, not wanting to take too much more of her precious remaining blood, but trying to infuse her with my saliva as best as I could. 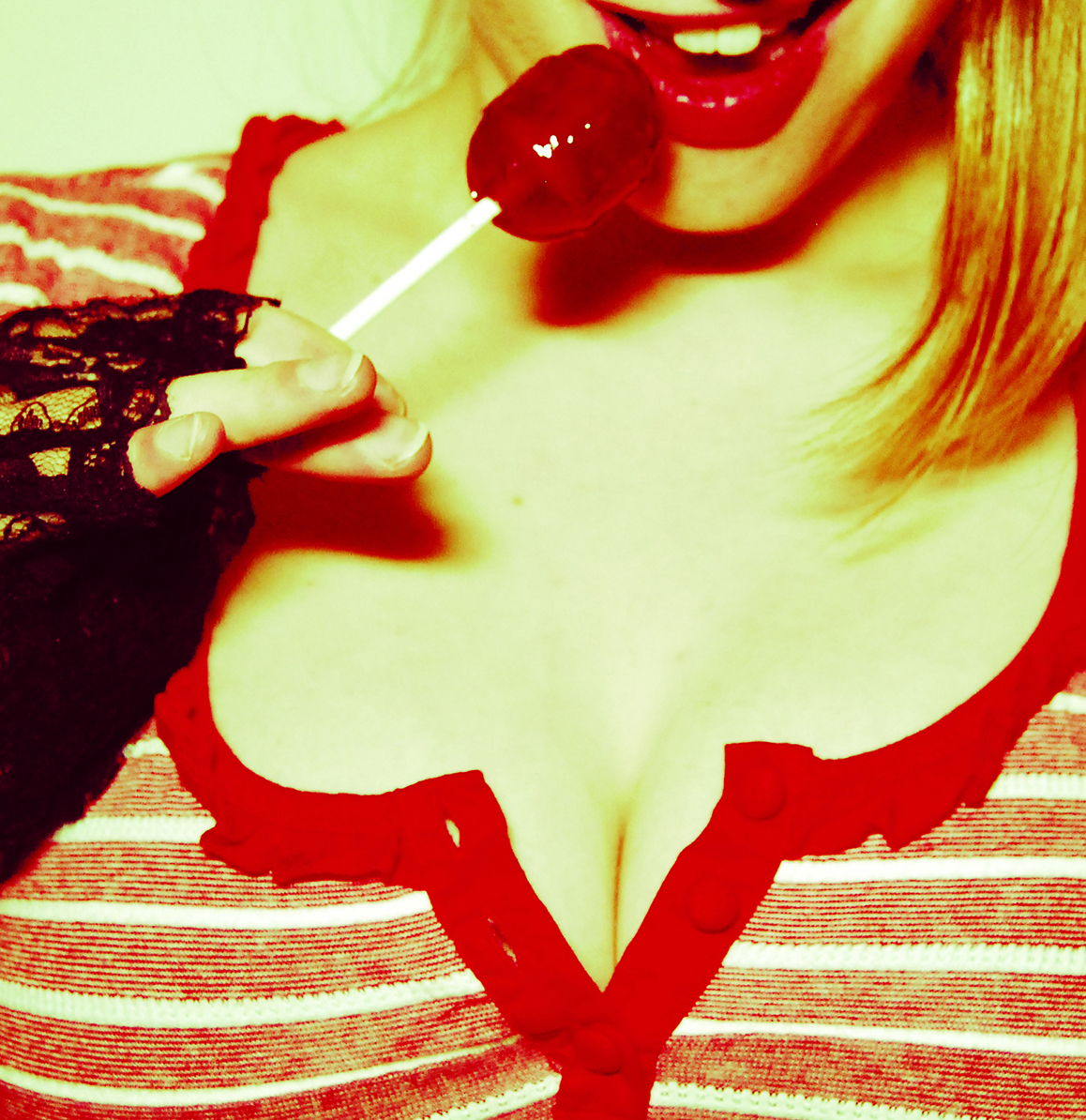 ♡ Hottie of The Day ♡ Airam Castedo