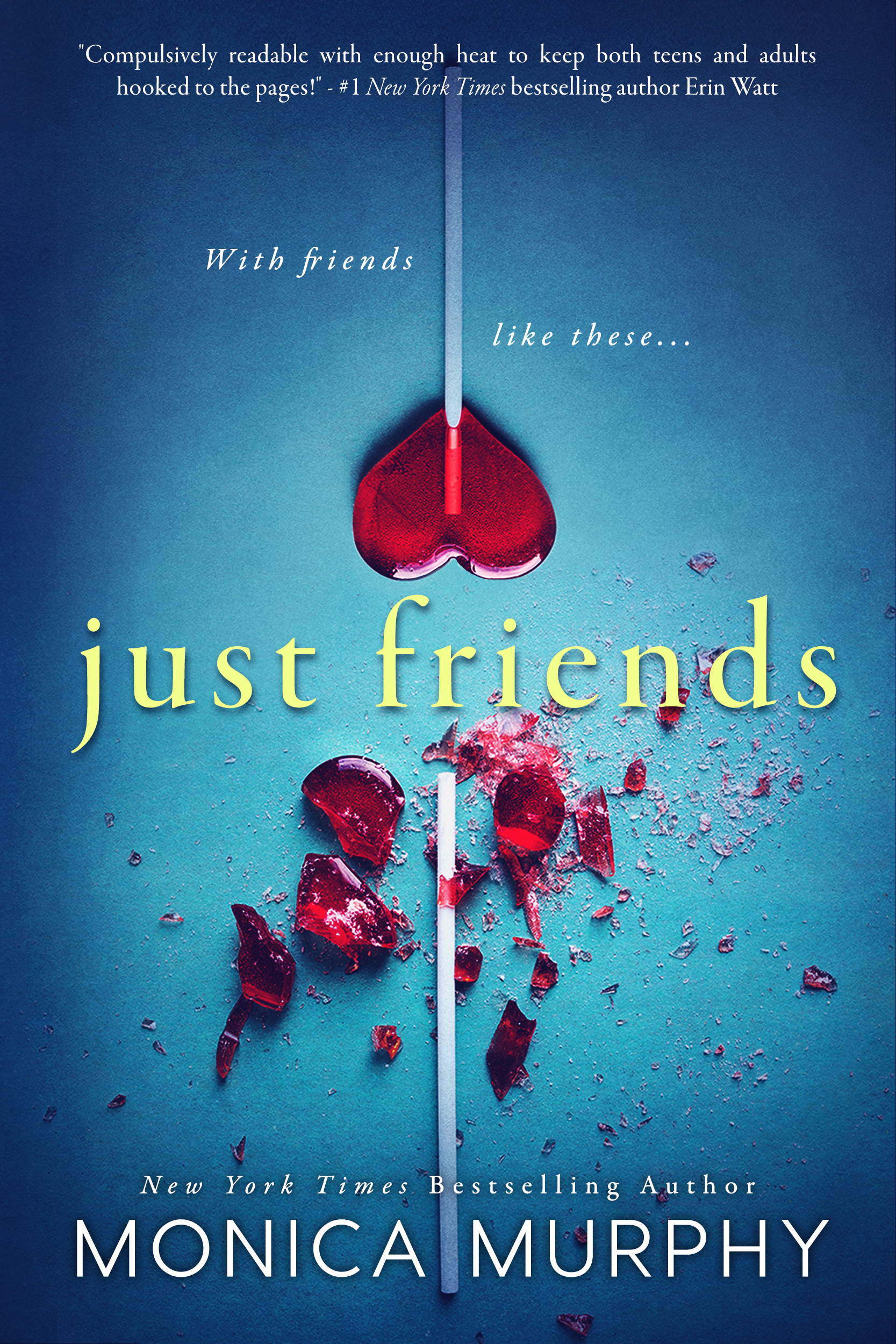 It's the end of summer. Just before I start senior year with my two best friends in the whole world. Dustin and Emily are everything to me. We've been inseparable since middle school, and when we're together, nothing can go wrong.

But things aren't always what they seem. Em's turned into a drunken mess who parties too much. Dustin and I have hooked up a few times ― and now he's ready to take our relationship to the next level. Yet I'm not sure I want things to change. I'm scared if I take it any further with Dustin, our friendship will be ruined forever. Then there's Ryan. The new guy. He's hot. He flirts way too much. And Em has totally set her sights on him.

So when my best friend betrays me in the worst possible way, guess who's there to help me pick up the pieces of my broken heart? Ryan. But he's so confusing. Annoying. Sweet. Sexy. I want to trust him, yet he makes it so hard. What I really want is for everything to go back to the way it was before.

Before I found out that best friends make the worst kind of enemies. 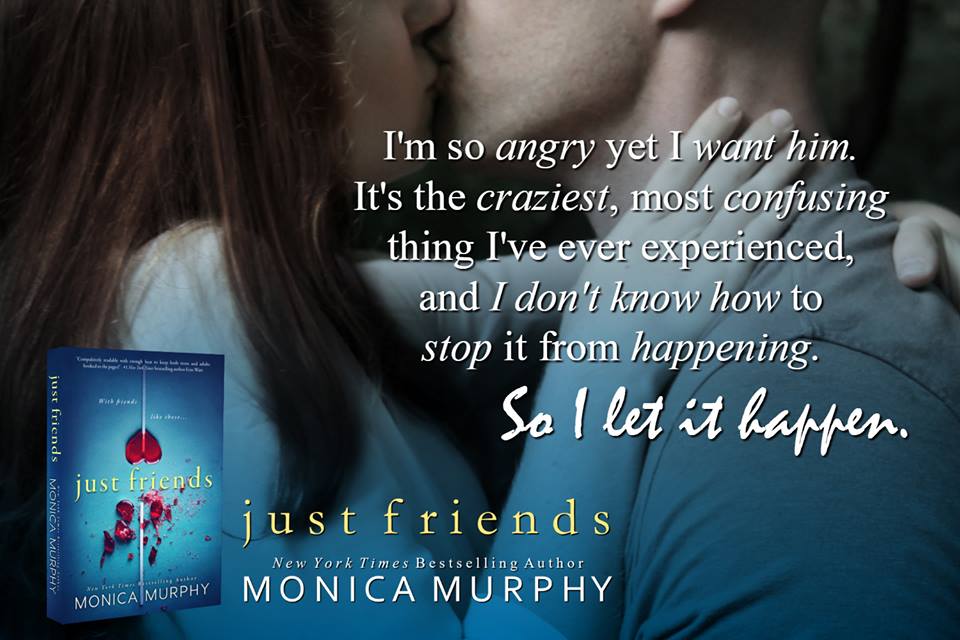 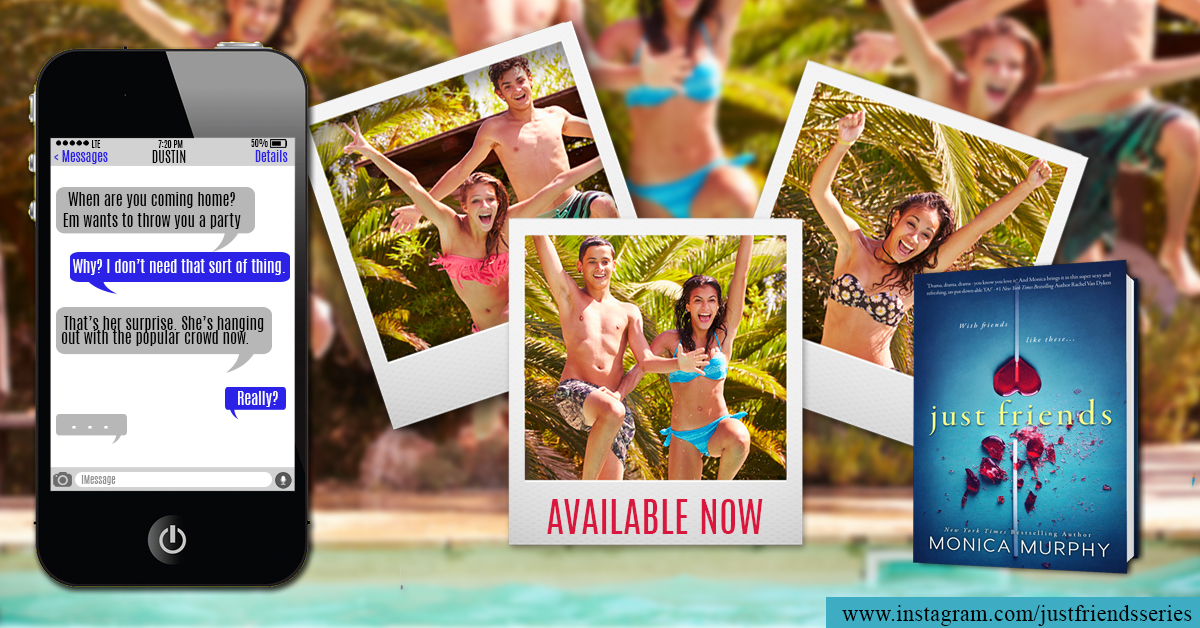 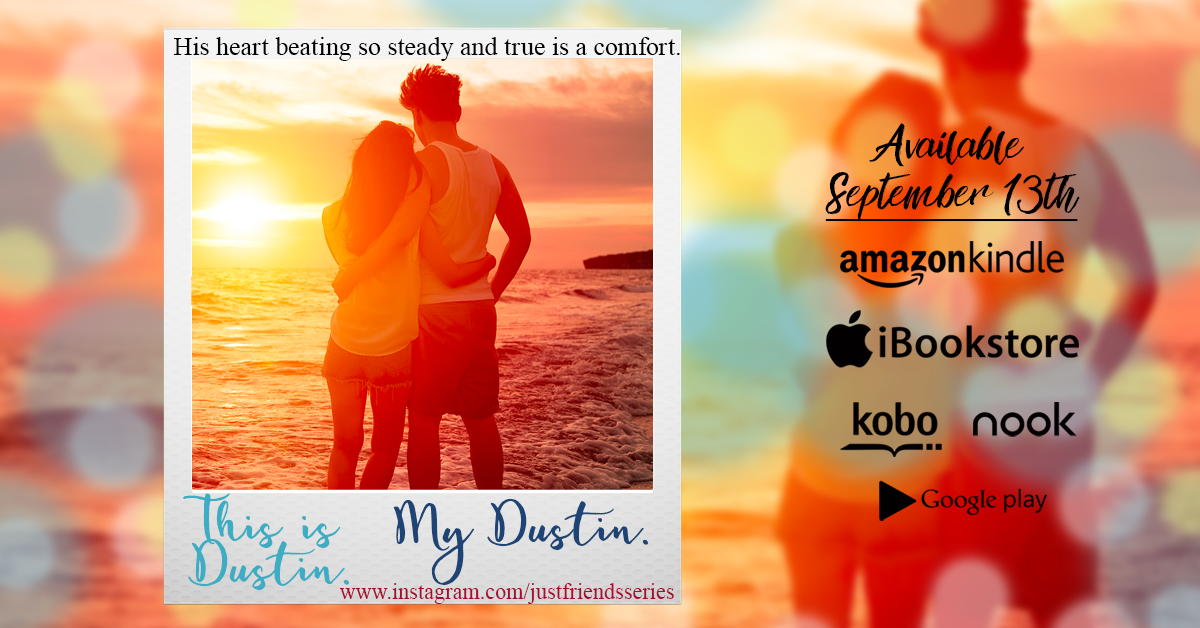 Monica Murphy is the New York Times, USA Today and #1 international bestselling author of the One Week Girlfriend series, the Billionaire Bachelors and The Rules series. Her books have been translated in almost a dozen languages and has sold over one million copies worldwide. She is both self-published and published by Random House/Bantam and Harper Collins/Avon. She writes new adult, young adult and contemporary romance.

She is a wife and a mother of three who lives in central California on fourteen acres in the middle of nowhere along with their one dog and too many cats. A self-confessed workaholic, when she's not writing, she's reading or hanging out with her husband and kids. She's a firm believer in happy endings, though she will admit to putting her characters through angst-filled moments before they finally get that hard won HEA.

♡ Song of The Week ♡ Dizendo Que Sim by Agir

The Playbook
by
Kelly Elliott

My life revolved around two things. Football and my cock. And not necessarily in that order.

Being the head football coach for a top university in Texas had its ups and its downs.

The ups? Endless women to f*ck.

The downs? The politics that came with the job.

From the moment Aubrey Cain walked into my office, she turned my world upside down. Being forced to have her follow me around for a month was going to be a pain in the ass. Especially since I couldn't keep my eyes off of her.

The best I'd hoped to come out of this was a few nights with her in my bed. I never imagined she'd be the game changer.


Brett Owens was my assignment.

Head football coach for a top college, bad boy reputation, short temper, and handsome good looks should have scared me off. But I was tougher than that.

From the first words out of his obnoxious, dirty-talking mouth, I knew it was going to be a long month. It wasn't five minutes after meeting him, he hit on me. If only I had known his blue eyes would haunt my dreams and awaken a desire inside of me I never knew existed.

This was business. There was no way I would be tempted by him no matter how good looking he was or how many things he whispered in my ear.

He was only supposed to be my assignment. Not the man who threatened to destroy both my heart and my career. I would follow along with his playbook for now. But who would end up winning was anyone's guess.


The Playbook is a stand-alone novel. 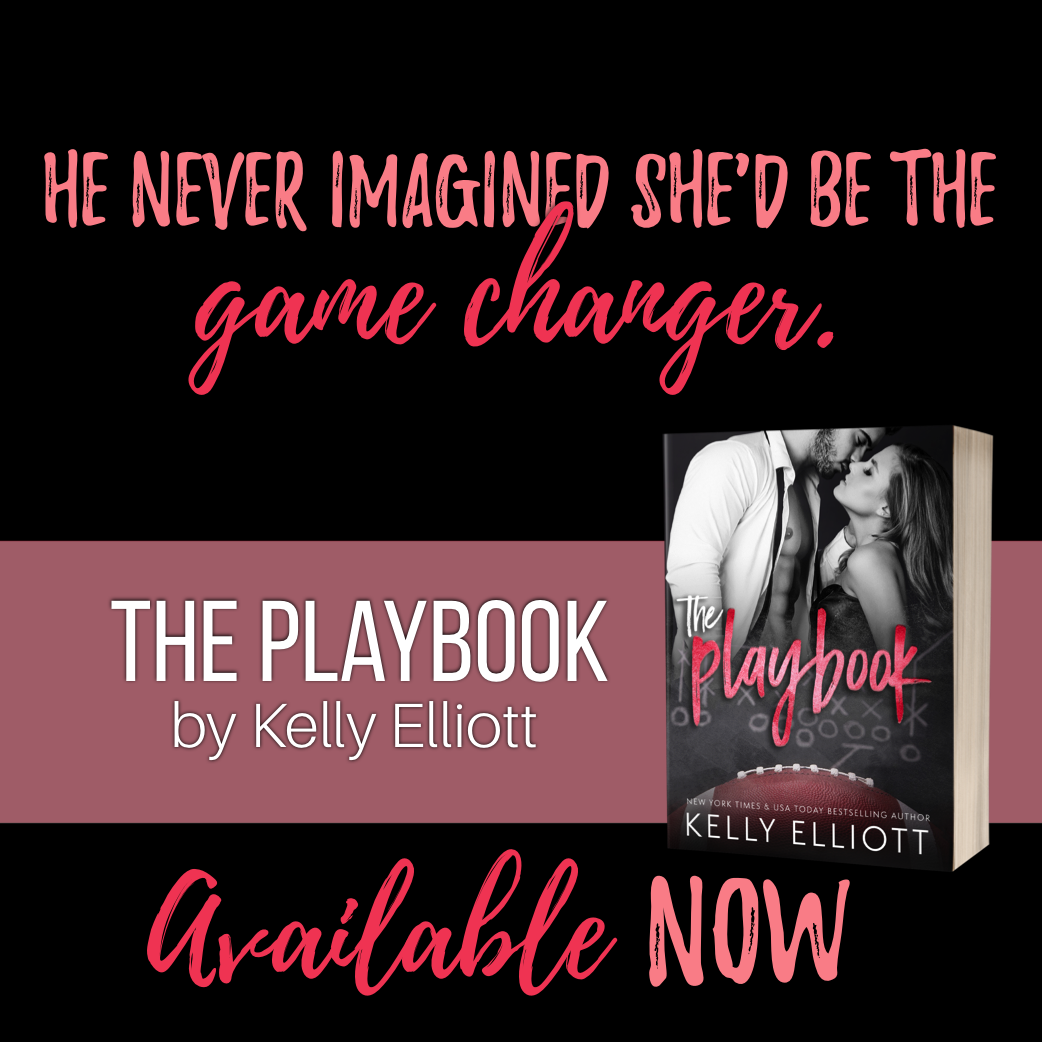 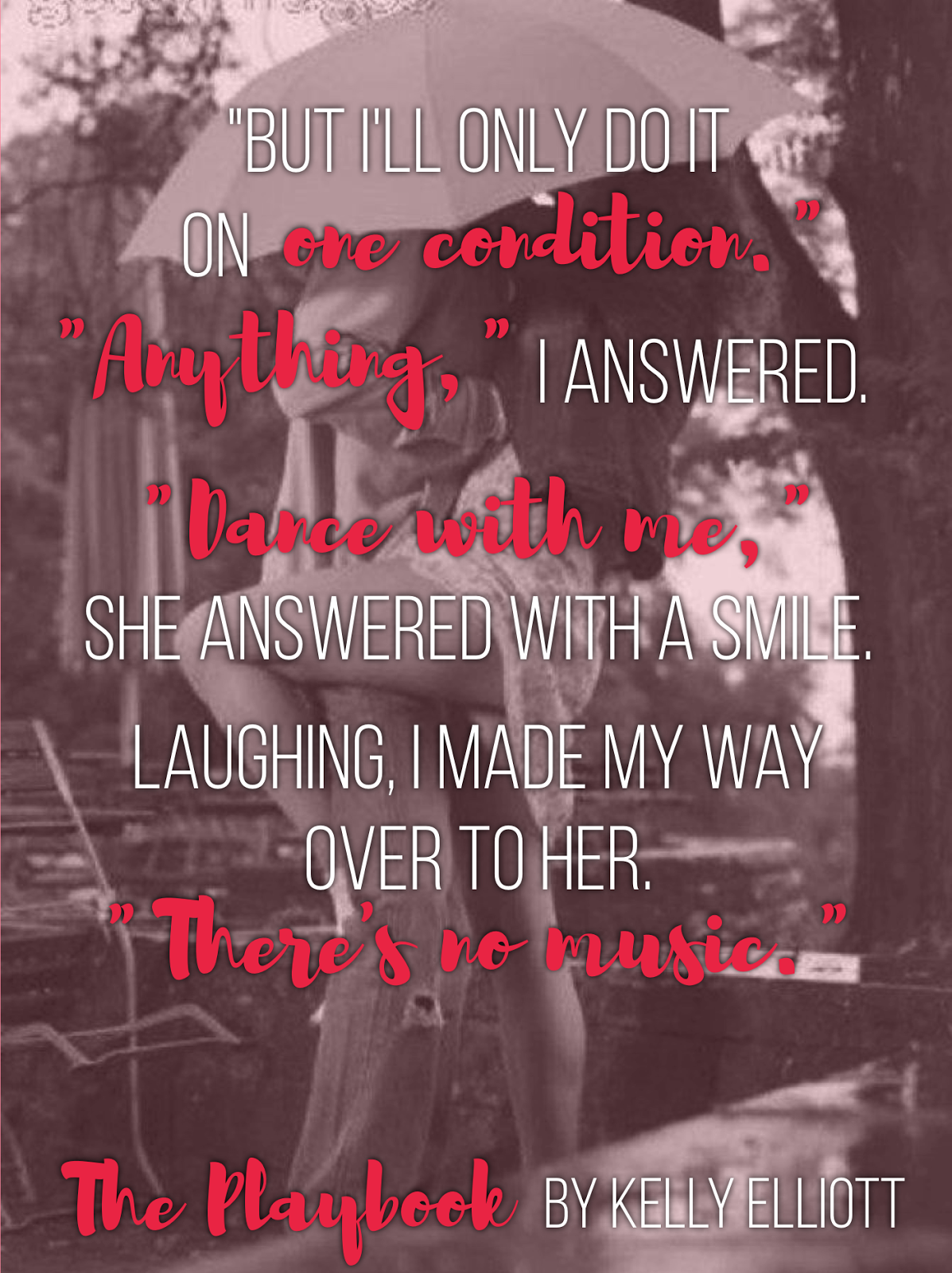 Kelly Elliott is a New York Times and USA Today bestselling contemporary romance author. Since finishing her bestselling Wanted series, Kelly continues to spread her wings while remaining true to her roots and giving readers stories rich with hot protective men, strong women and beautiful surroundings.
Her bestselling works include, Wanted, Broken, Without You, and Unconditional Love, to name just a few.
Kelly has been passionate about writing since she was fifteen. After years of filling journals with stories, she finally followed her dream and published her first novel, Wanted, in November of 2012.
Kelly lives in central Texas with her husband, daughter, and two pups. When she's not writing, Kelly enjoys reading and spending time with her family. She is down to earth and very in touch with her readers, both on social media and at signings.
To find out more about Kelly and her books, you can find her through her website.

♡ Hottie of The Day ♡ Zac Smith