Wilder
The Renegades #1
by
Rebecca Yarros

The world is his playground — especially this year — and for the next nine months I'm stuck as his tutor on the Study at Sea program.

He's too busy staging worldwide stunts for his documentary to get to class.

But if I can't get him to take academics seriously, I'll lose my scholarship... if I don't lose my heart first.

Six unlikely friends on a nine-month cruise with the Study at Sea program will learn that chemistry is more than a subject and the best lessons aren't taught in the classroom... but in the heart.

"I'm here on my own feet, chasing you, pursuing you. Not vice versa. I don't know what's happening between us, but I'm also not stupid enough to dismiss it without exploration." One of his hands palmed my cheek, both soothing and electrifying me in one motion. "If we'd been alone on that beach, I wouldn't have held back, wouldn't have had to think about what you wouldn't want in the public eye."

He dragged his thumb across my lower lip, and I kissed it lightly, unable to stop myself.

He sucked in a breath. "I would have kissed you exactly as I've been fantasizing about since the first second I saw you standing on this balcony, all wide-eyed and beautiful."

"Paxton," I whispered, leaning in to him. His words melted me, made me want things like his mouth, his hands — things I couldn't have, like his heart.

"I would have kissed you like this." His mouth took mine, open and hungry, his tongue — sweet mercy, his tongue — slipping past my lips to stroke, explore, and savor, igniting a fire within me. I pressed at the same time he pulled, bringing our bodies flush against each other, and the fit was electrifying.

He tasted better than I imagined, all dark chocolate and mint.

His empty hand tunneled through my hair to the back of my head while mine wound around his neck, desperate to get closer, to take this one chance I had to not only taste but experience him. Over and over, he brought our mouths together, one moment gently sucking on my lower lip and the next sliding his tongue along mine. He'd caress my mouth gently, then plunge in possession, a blatant ownership that made my thighs clench, my stomach burn.

The man kissed like he rode — with a single-minded focus that made everything else in the world pale in comparison — and I could only go along for the ride.

He made me feel consumed yet empty, desperate yet sated all in one moment. Screw the sports documentary, he should make one on how to properly kiss a woman and save millions of clueless men.

My fingers dug into the muscles of his shoulders as his hands moved to my ass, squeezing and lifting me against his impossibly hard stomach with a groan. "Fuck, Leah. You have the most incredible ass," he groaned against my mouth, sending bolts of pure, dizzying lust spiraling through me. "All soft curves and perfect in my hands."

I whimpered when our mouths met again, the kiss taking on an edge that had me arching against him, exploring the ridges of his teeth with my tongue before he sucked it in. In that moment I was Paxton's, and it was glorious. 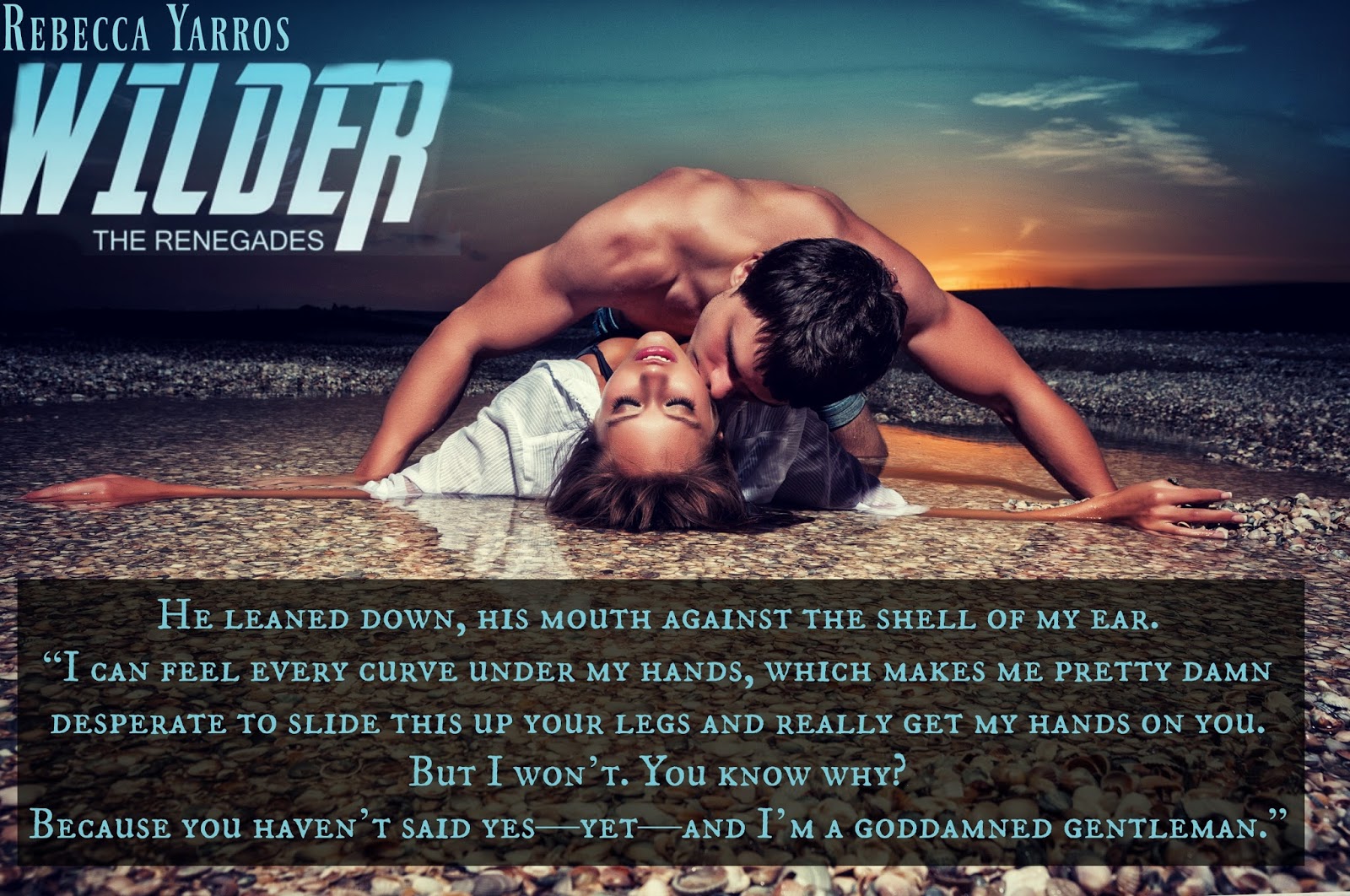 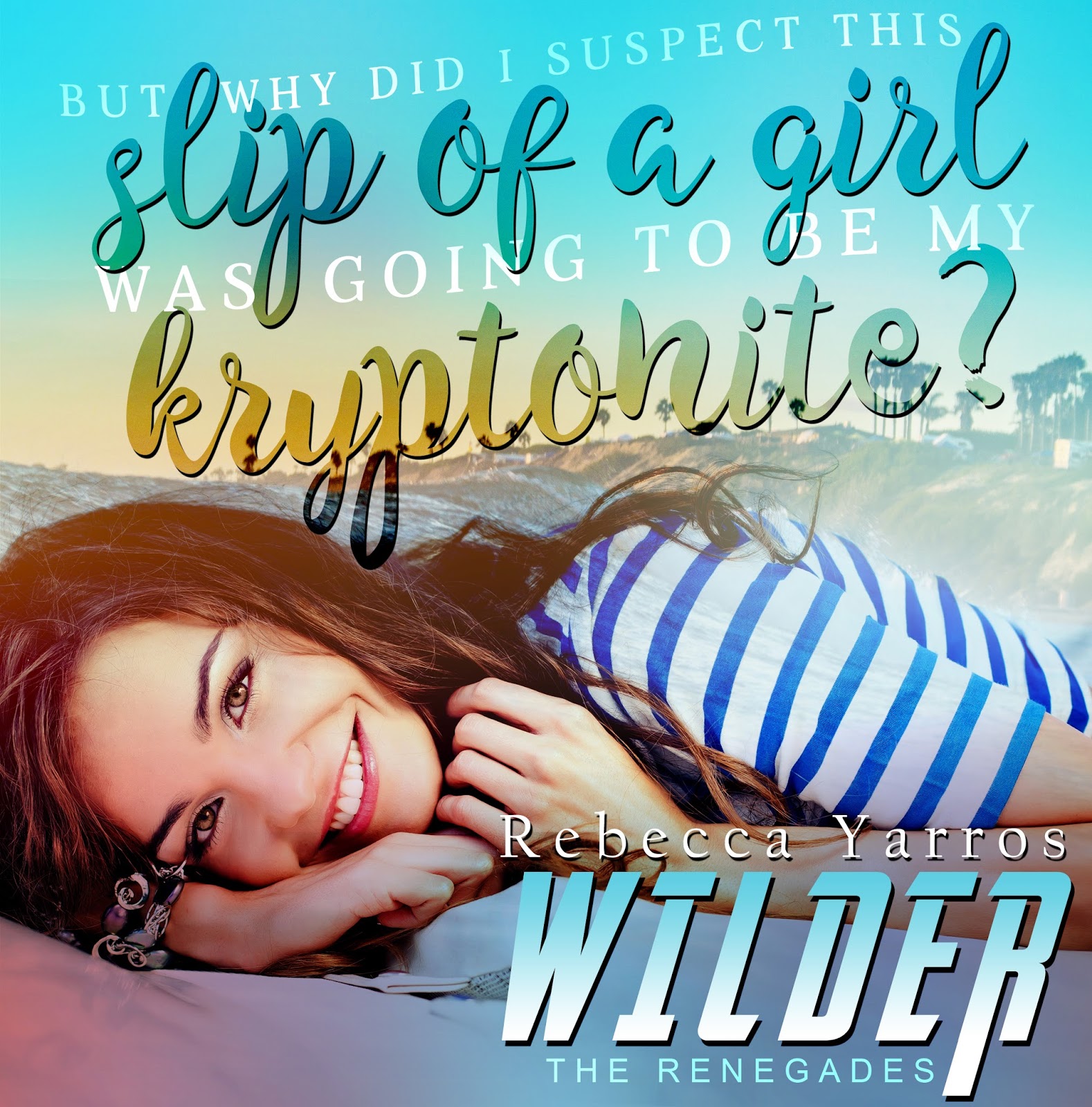 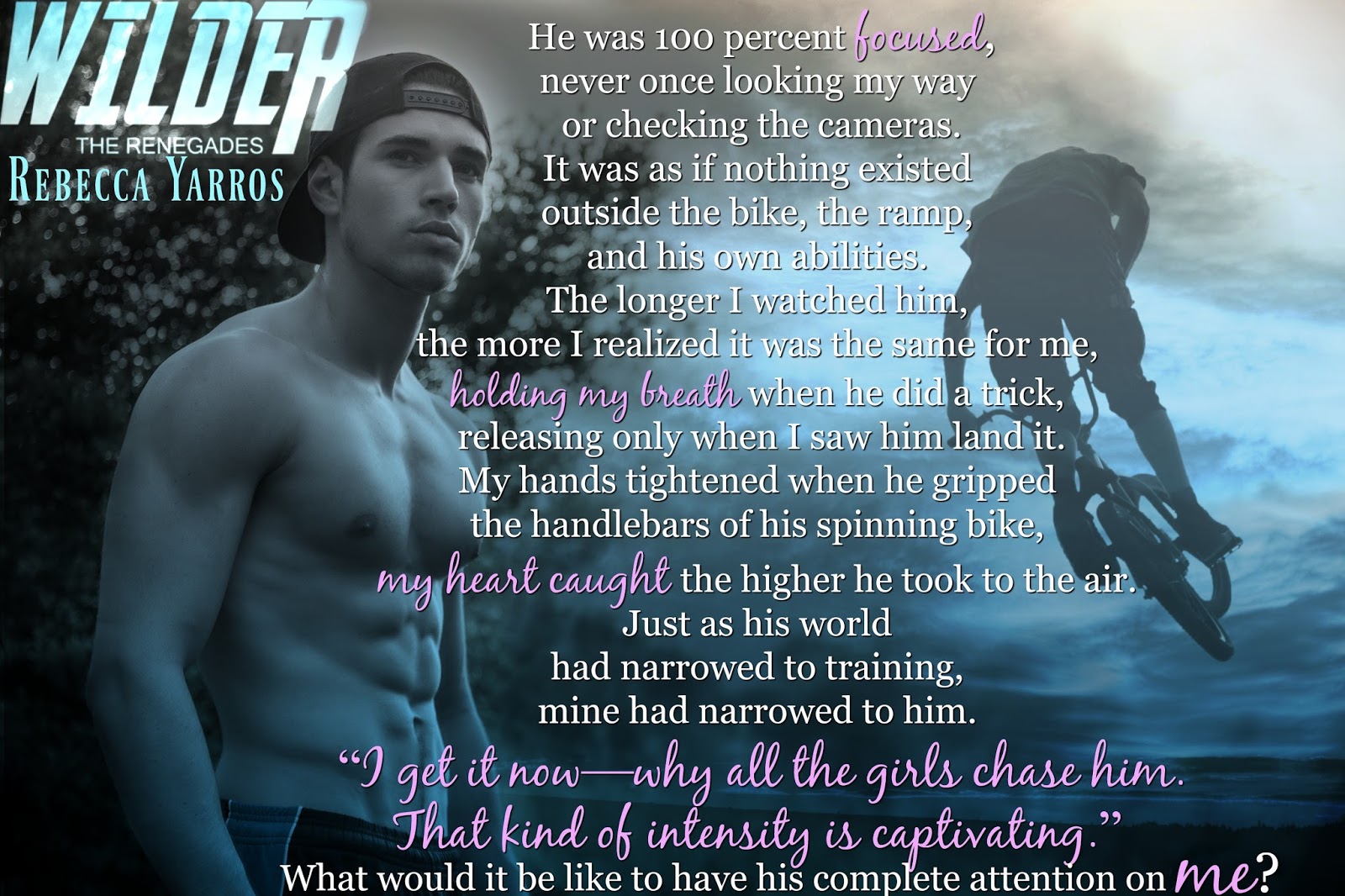 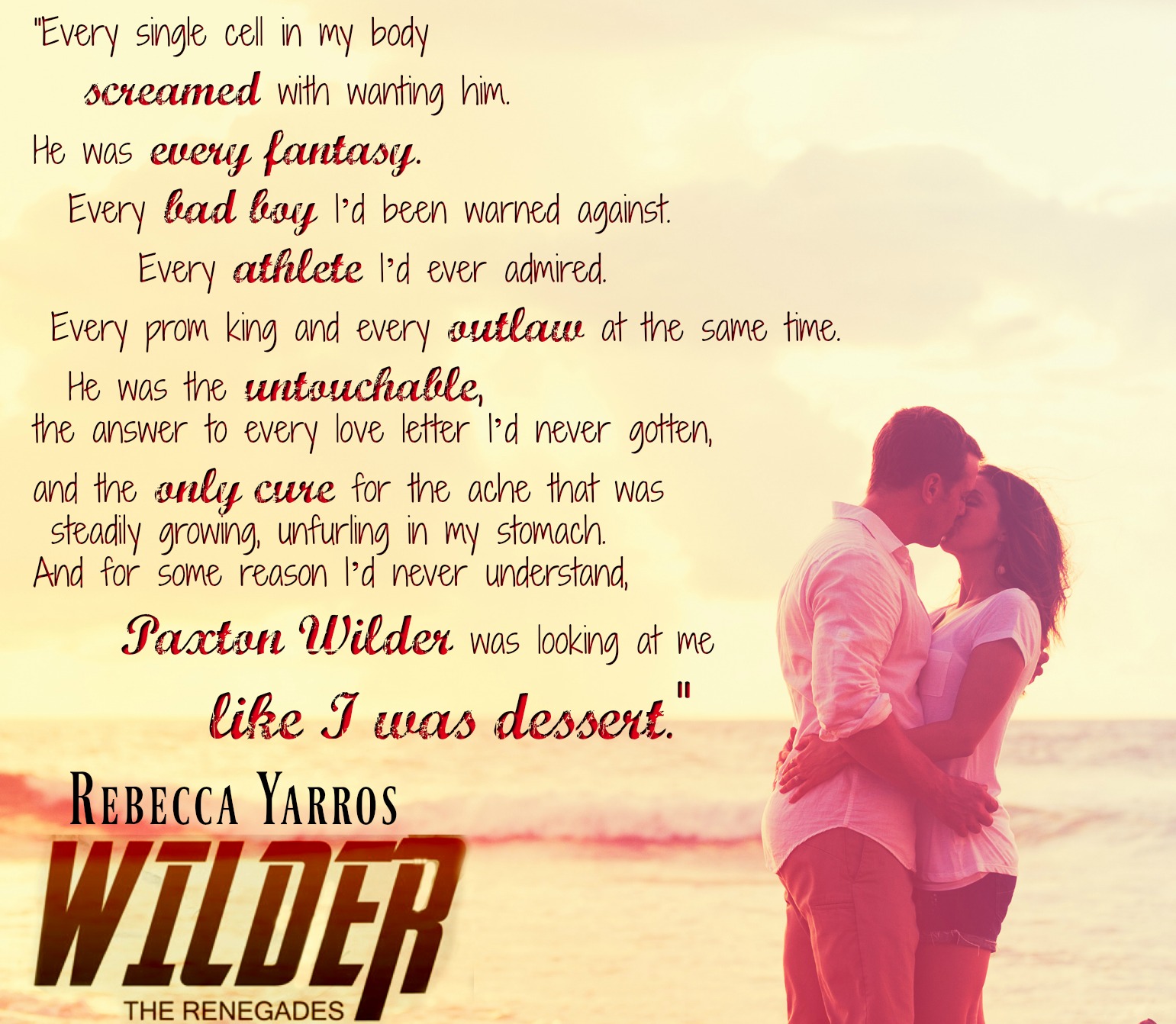 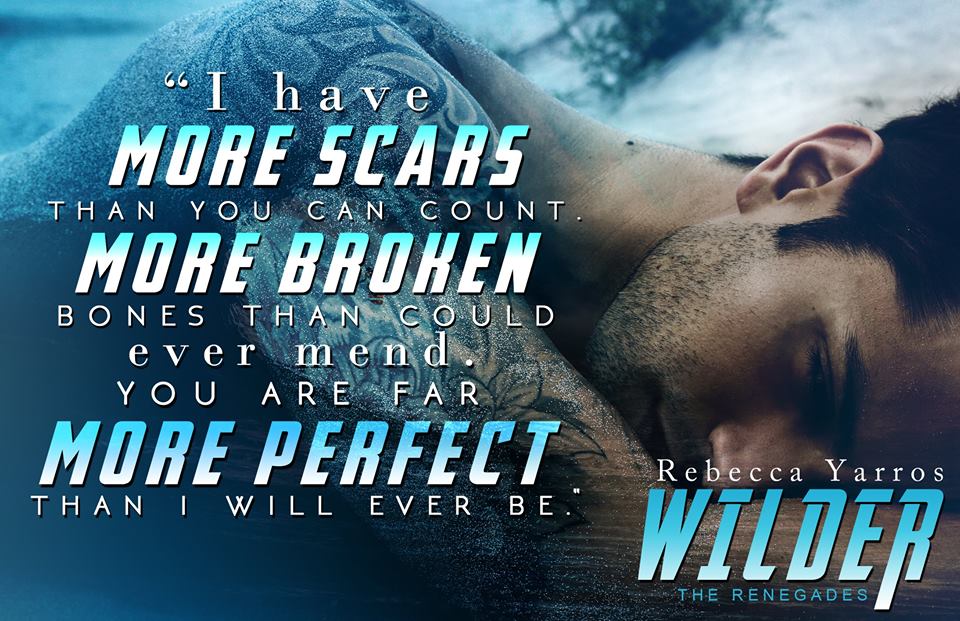 Rebecca Yarros is a hopeless romantic and a lover of all things coffee, chocolate, and Paleo. She is the author of the Flight & Glory series, including Full Measures, the award-winning Eyes Turned Skyward, Beyond What is Given, and Hallowed Ground. She loves military heroes, and has been blissfully married to hers for fourteen years.

When she's not writing, she's tying hockey skates for her four sons, sneaking in some guitar time, or watching brat-pack movies with her two daughters. She lives in Colorado with the hottest Apache pilot ever, their rambunctious gaggle of kids, an English bulldog who is more stubborn than sweet, and a bunny named General Fluffy Pants who torments the aforementioned bulldog. They recently adopted their youngest daughter from the foster system, and Rebecca is passionate about helping others do the same.

♡ Song of The Week ♡ Treat You Better by Shawn Mendes

Treat You Better
by
Shawn Mendes 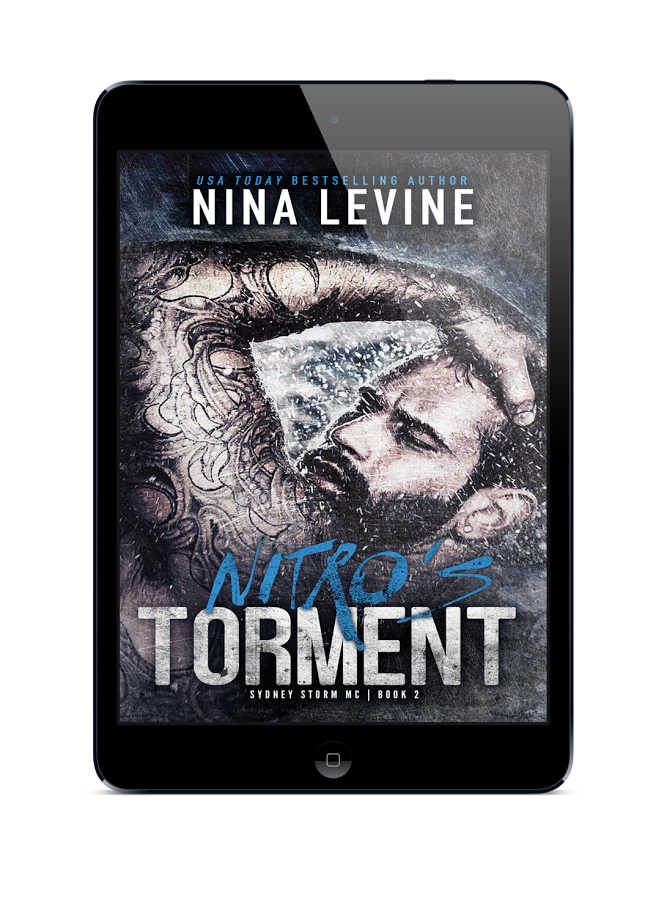 Tatum Lee is a pain in my ass.
She's stubborn, full of attitude, and she doesn't like to do what she's told.
And yet, at a time when I should be focusing on the war my club is at, she consumes my mind because she's also fearless and fierce, and I've never met a woman like her.

The thing about war, though, is the minute you let your focus drop, your enemy rises up and attacks. And sometimes they bring you to your knees in ways you never imagined.

The other thing about war? You learn just what you're capable of doing to protect those you love. 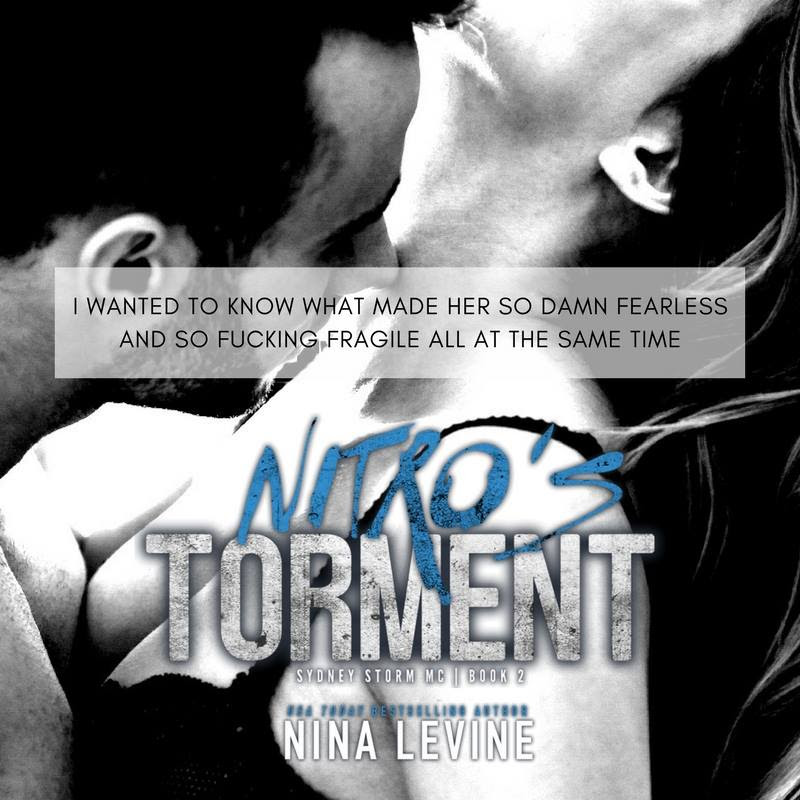 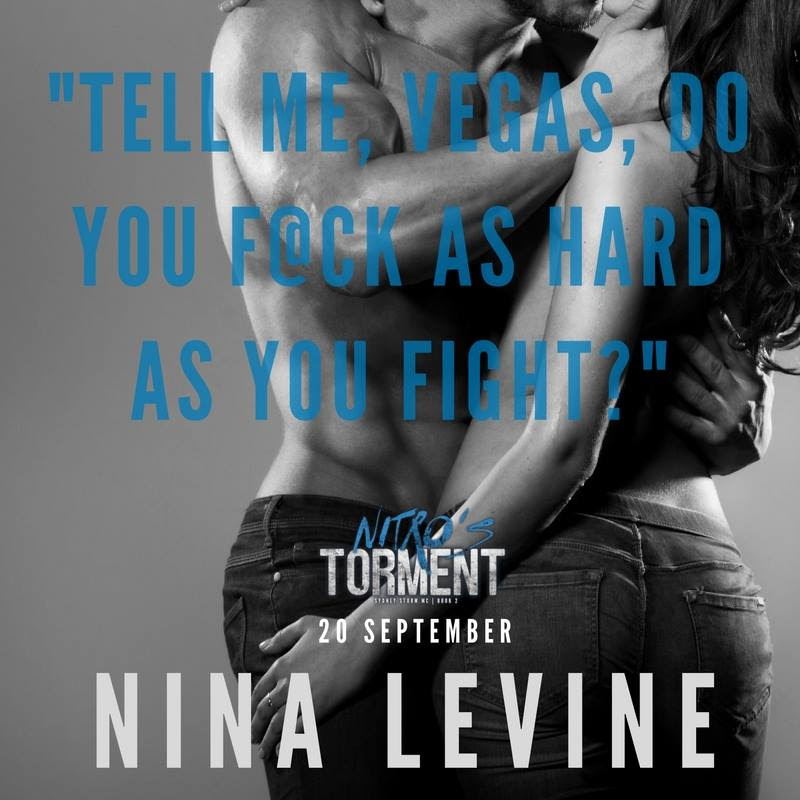 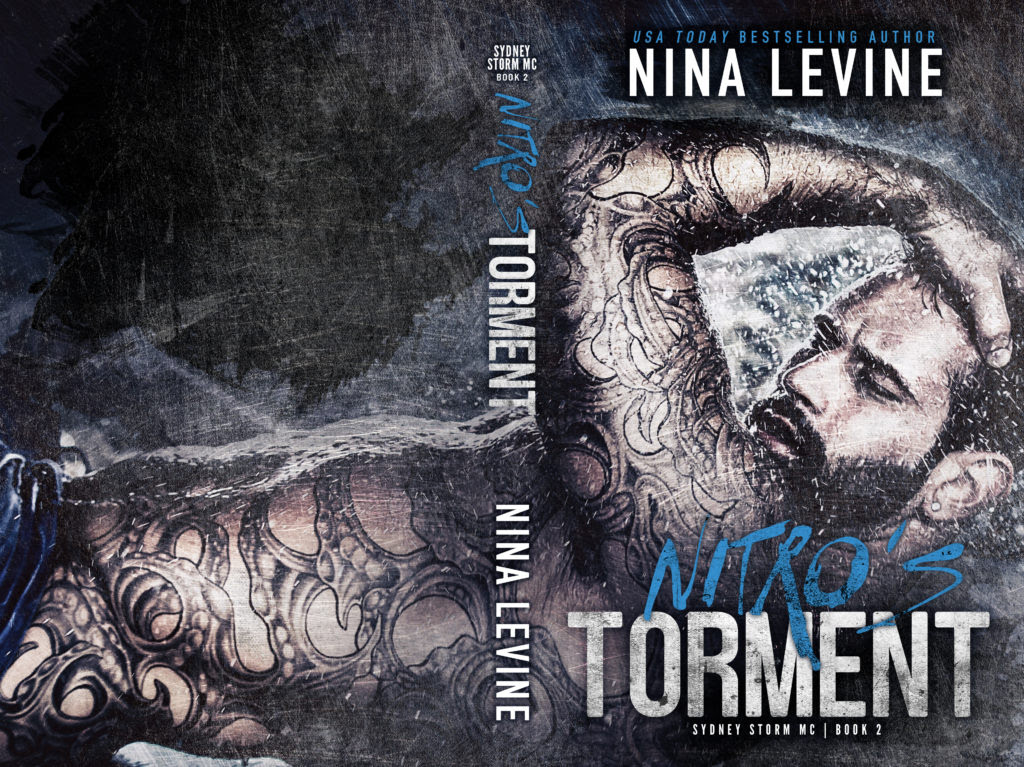 HERE'S A TASTE OF NITRO & TATUM


I sat next to him. I wasn't sure why except that for the first time since I'd met him, he seemed like he needed someone. Even if it was just to sit with him. I stole a glance at his face. It was hard to find skin under all the dried blood. "I take it the other guy lost."

He held my gaze for a long time before answering me. God, how I wondered what thoughts ran through Nitro's mind. It felt like he either ran from them or got lost in them, but I wasn't convinced he was often comfortable with them. Something we had in common. "That depends on your definition of winning."

I didn't need him to spell it out for me. And I didn't push him for more. Instead, I walked into the bathroom. Locating a clean washer in the drawer, I wet it and walked back out to him. Standing in between his legs, I began the task of cleaning up his face.

This was something I knew well. My brother had often turned up on my doorstep in this state. Caring for him had always been my responsibility. How could it not be when his journey in life had been dictated by my own?

Nitro hissed when I accidentally pressed too hard on his cheek. His hand landed on mine and he halted my progress. "I can do this myself."

I pulled my hand away from his face. "Yeah, you can, but I'm doing it, so just let me."

"Always arguing with me," he murmured, allowing me to go on.

I worked in silence and when I'd cleaned the blood from his face, I said, "I'm going to get some ice for your face. Wait here."

I hurried down to the bar because I figured he had work to get back to and no time to waste. Kree loaded me up with ice and a towel to wrap it in. When I arrived back in his room, he was in the shower. He didn't take longer than a few minutes and when he exited the bathroom wearing only a towel around his waist, I sucked in a breath at the magnificence of his body.

Nitro was a powerhouse of hard muscle that went hand-in-hand with his fearless warrior instincts. Standing before me, almost naked, his masculinity caught me off guard and a rush of desire hit me. My thoughts stalled and I momentarily forgot what I was doing. All I could focus on was the throbbing need deep in my core. A new hum filled my entire being, unlike anything I'd ever felt before.

"You got ice?" His deep voice snapped me from my hypnosis.

"Ah... yeah," I mumbled, shoving the towel with the ice in it at him, almost dropping it as I did so.

He frowned, his eyes searching mine. "You good, Vegas?"

I was so far from good.

I wanted something I didn't want to want.

How the hell did my world turn in such a short space of time? What the fuck triggered that? Because whatever it was, I needed to un-trigger it.

He took the ice from me and turned to head back into the bathroom, grabbing clothes on the way. I was helpless to do anything but watch him walk away. My eyes stayed glued to the powerful muscles that built his back. And that ass. God, that ass. Even covered in a towel it was hard not to stare at.

I was so engrossed in his back and ass that he caught me off guard again when he dropped the towel and dressed without closing the bathroom door.

Fuck it, I was out. I yanked the bedroom door open and left as fast as I could. I needed to find a quiet corner and gather my thoughts. I needed to wipe everything that had just happened from my memory. Somehow, though, I suspected Nitro was not a man to ever be wiped from a woman's memory. 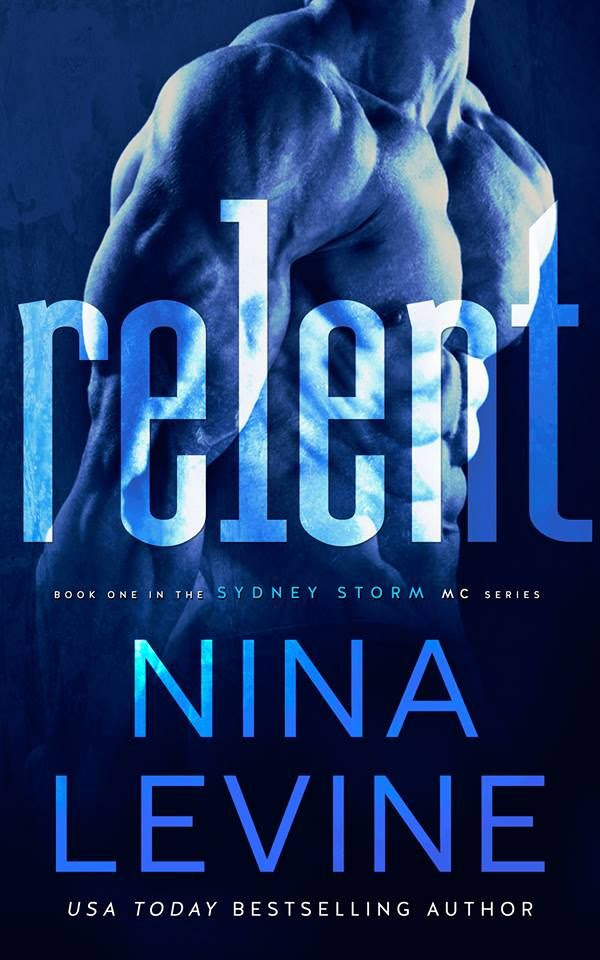 A biker torn between loyalty to his club and love for his woman.

Kick Hanson's life follows a dangerous path that leads him to the Storm Motorcycle Club where he spends his days buried deep in a violent and lawless world that is slowly consuming his soul. He fights against bringing the one woman he's ever loved into this world. Until the day he knows he can't live without her.

Evie Bishop has always loved Kick but she's done. Even though they've loved each other through both happiness and heartbreak, she believes their chance to be together has long passed. 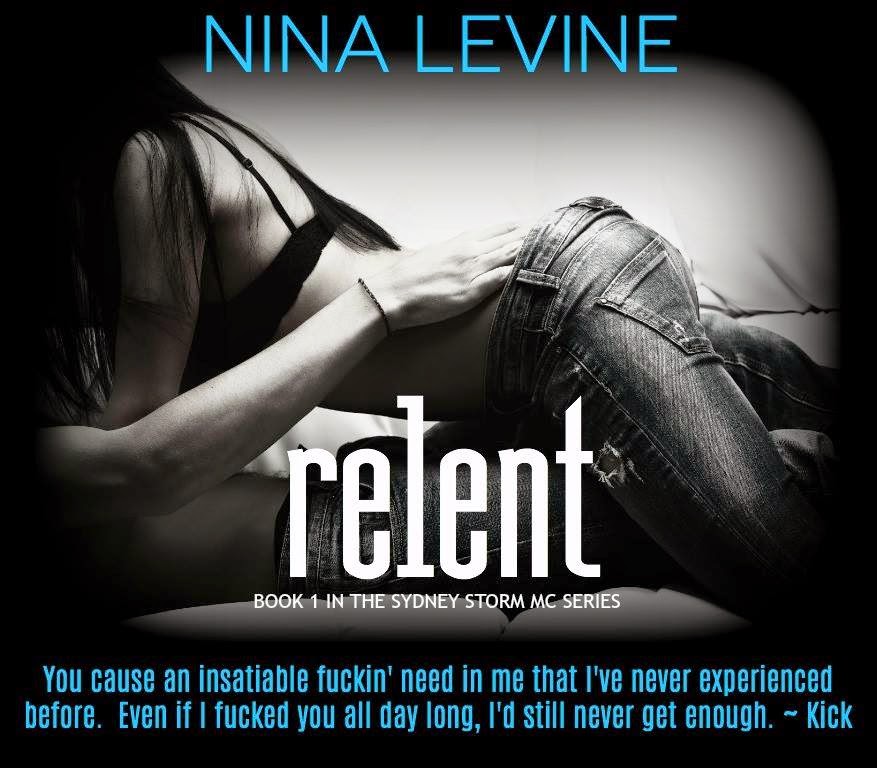 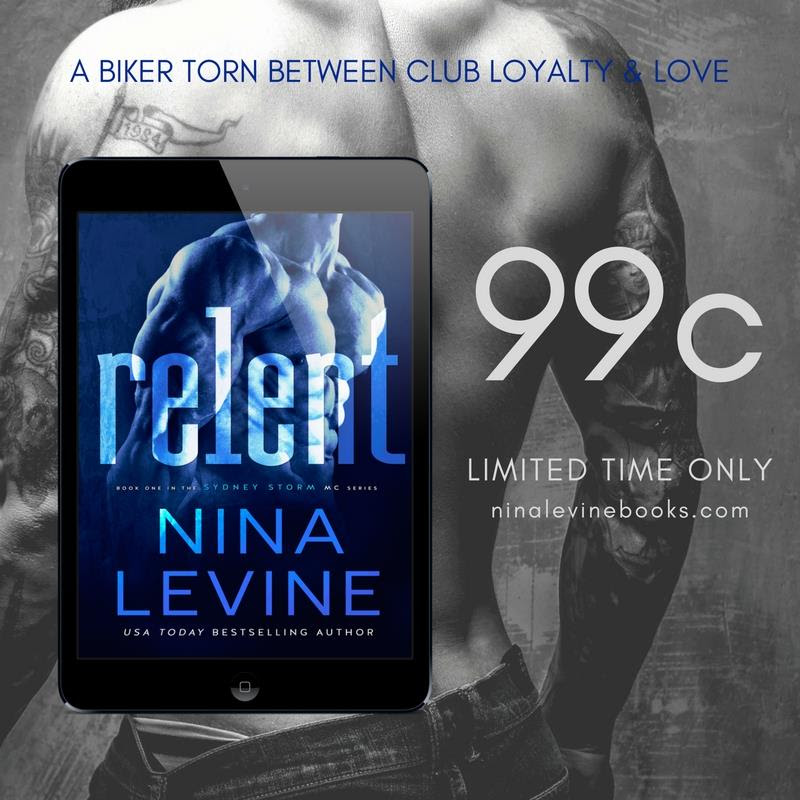 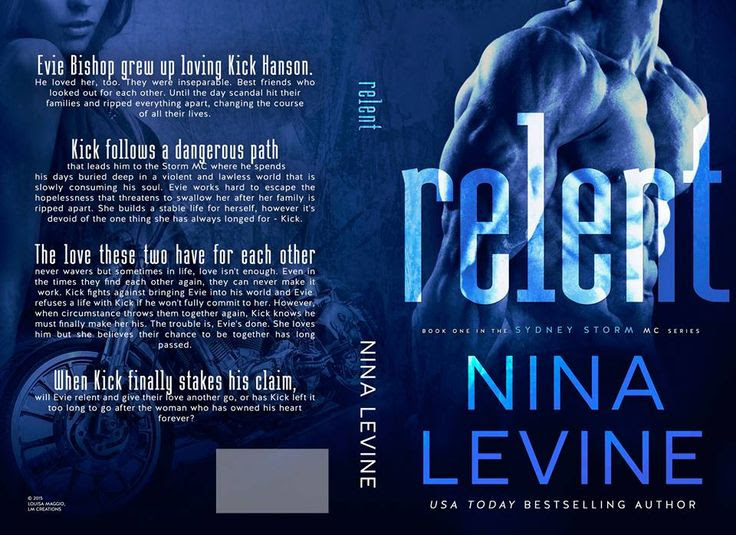 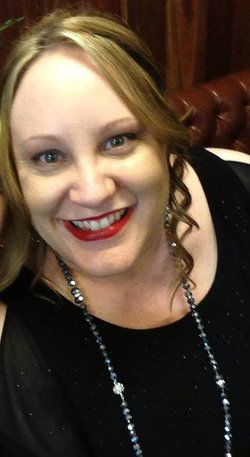 ESCAPE WITH AN ALPHA

USA Today Bestselling author who writes about alpha men & the women they love.

When I'm not creating with words you will find me planning my next getaway, visiting somewhere new in the world, having a long conversation over coffee and cake with a friend, creating with paper or curled up with a good book and chocolate.

I've been writing since I was twelve. Weaving words together has always been a form of therapy for me especially during my harder times. These days I'm proud that my words help others just as much as they help me.

♡ Hottie of The Day ♡ Tom Bull