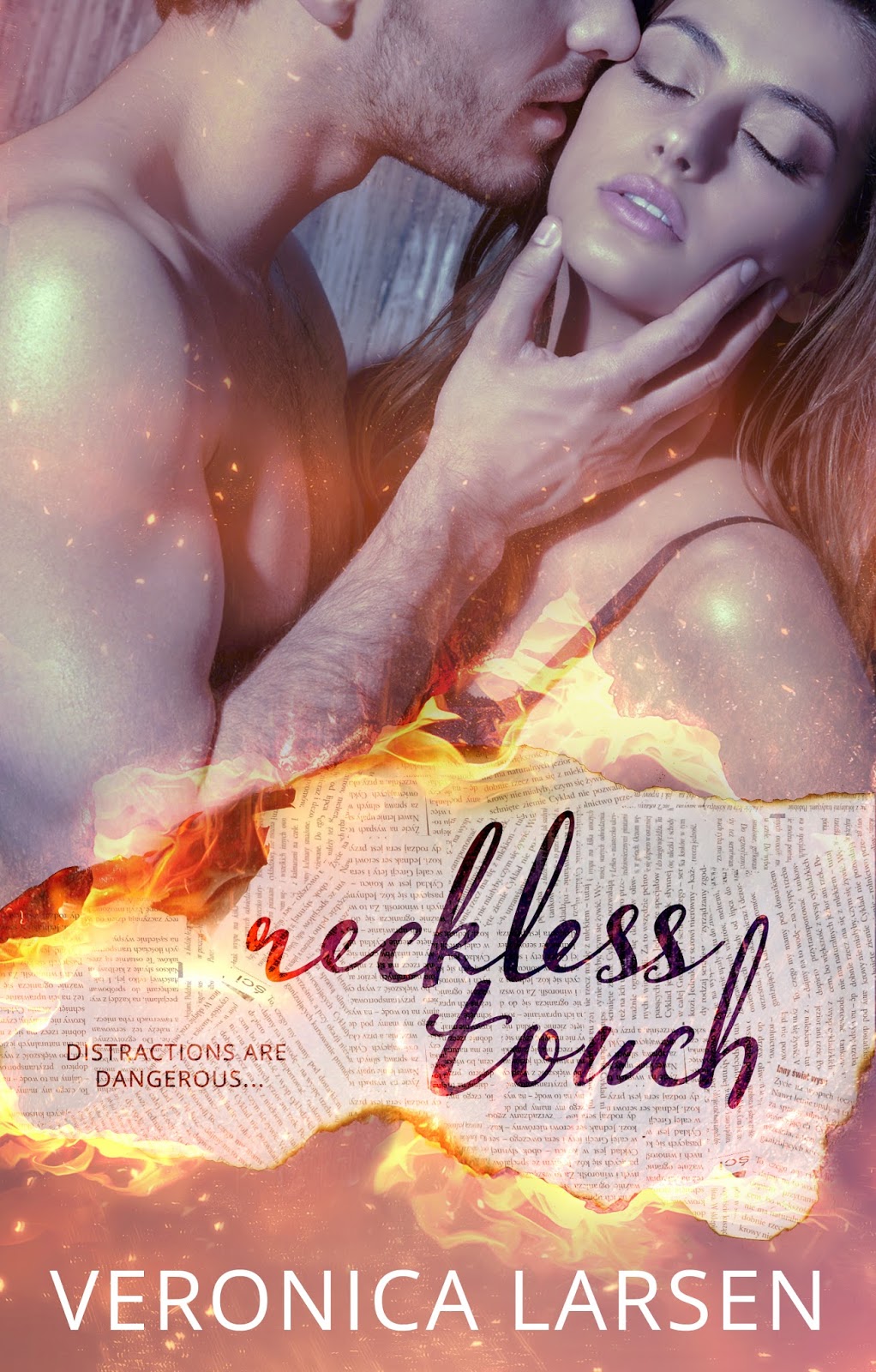 There is no name for it. The low hum vibrating in my bones, driving the ache in the pit of my stomach. The desperate thirst to prove myself. When the story of my career appears just within my grasp, I'm prepared to do whatever it takes to see it through.
But the truth comes at a price.
A terrifying ordeal brings Detective Sebastian Reed into my life. He crowds everything into corners just by stepping into a room. He's steely, cold, and focused, and I'm inevitably drawn to the safety of his presence.
Except there is no safe and there is no us.
There's only stolen moments and reckless touches, secrets and lies.
And the stranger who wants me dead.

"Once again Veronica Larsen delivers a novel that kept me glued to the pages. Smart. Sexy. Riveting. I felt the chemistry with every breath. I truly love this author's writing!" - K.L. Kreig, USA Today Bestselling Author

"Reckless Touch will keep you glued to your kindle, happily forgoing sleep (or, if you're like me, deadlines). Veronica Larsen brilliantly weaves scorching chemistry with edge-of-your-seat suspense in a story that will touch your heart... and other places. You don't want to miss this one!!" - Danielle Pearl, Author of In Ruins
"A sexy, slow burn romance layered with fast-paced suspense. Reckless Touch has fabulous writing and great chemistry, it’s impossible to put down. Buckle up for an ending you won't see coming." - Nikki Sloane, USA Today Bestselling Author

The house has been empty for years, with no one to maintain it, no one to look after it. It's a shadow of its former self.

My steps leave shoe prints on the dirty linoleum of the hall. Behind me, a trail of my progress leads all the way to the back entrance. I'm not worried. I'll clean it all later.

I stroll past the pictures lining the walls, covered in dust. Pictures of them. Gone. All gone. The skeleton of my life. Of everything I had before it all disintegrated in my hands.

No matter. Tables turn, and no one on this earth can escape reaping what they sow. Not even her. Soon she'll understand what she's done, how her words destroyed everything.

The air grows stale as I head down into the basement. The first three stairs groan under my weight, just as they always have. A shiver runs through me. It's always been chillier down here than the rest of the house, especially in the winter months. But my shiver isn't from the cold. It's from excitement.

Even though I know I shouldn't have come. Not during the day when the neighbors could see. But I couldn't help myself. I needed to make sure it's all just the way I left it.

Reaching the foot of the stairs, I straighten and inspect the room I've prepared.

The single, twin-sized mattress, pushed against the bare wall of the unfinished basement. Any movement I make echoes in the cavernous space. The chill hangs in the air, and the thick silence is almost buzzing around me.

I get goosebumps just standing here, imagining what it's like to wonder.

Wonder if you're going crazy.

Wonder if you will live or die.

To gain hope. To lose that hope. To break.

I wonder, gleeful and fidgeting in my excitement.

Straight across from the bed is the only other furniture I've placed in the room. A shabby nightstand with a small television monitor perched on top of it.

That's where she'll see it all.

That's where she'll see herself.

I run my finger absently over the blade cradled in my hand. I don't remember pulling it out, but stroking it helps everything in my head go still. I've had this particular knife for so long, I know just how to touch it so it won't cut me.

I slice at the air with the knife. At the voice. I know it's my own, but it sounds just like him. Mocking. Belittling. Making me question myself. He doesn't know me anymore. I've changed. The things I've been through... the scars that pucker up inside of me, never healing, never showing themselves to the world. But no matter. They make me stronger. I'm better than him now. I won't make the mistakes he made.

You're going to get caught.

But he can't hear me. It's one way with him. It's always been one way.

I won't get caught. I've planned it perfectly. I won't squander away the position of power I've gained. Not the way he did. Tactlessly and without forethought, letting his anger rule him. No. I'll get my revenge and I'll live to see it all play out. I'm patient. I've been biding my time. I've done my homework, set up the smoke and mirrors. They see only calm and control and camouflage.

No one knows tonight's the night.

I stroke the blade with my forefinger and pull up an image in my mind's eye. An image of her. Sitting on the mattress, staring at that television with those pretty eyes of hers, wide as an owl's. Watching, for the first time, what happens when she's the headline. When the hunter becomes the prey. When the reporter becomes the story. 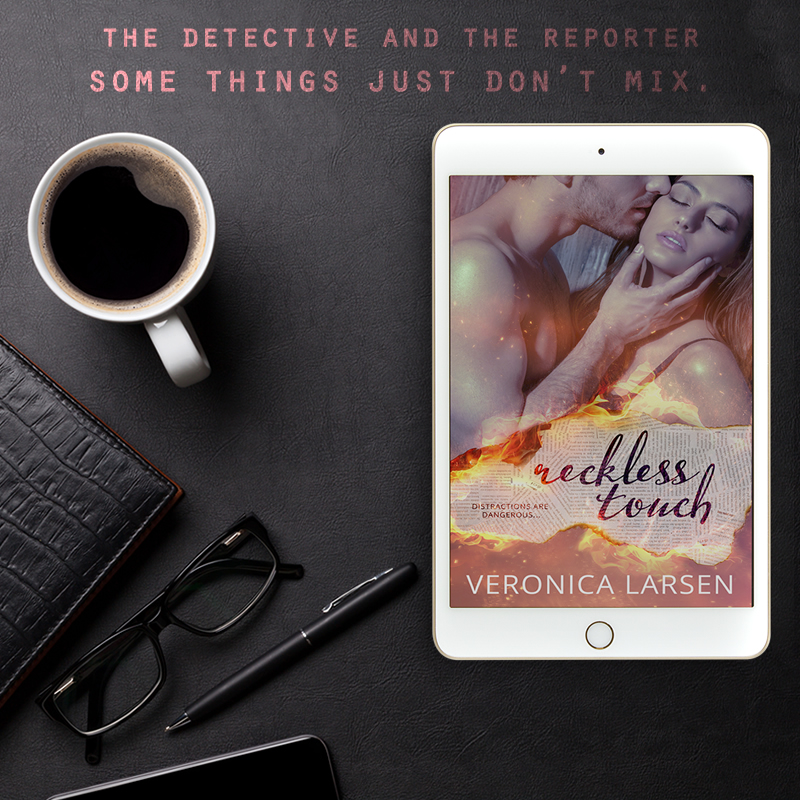 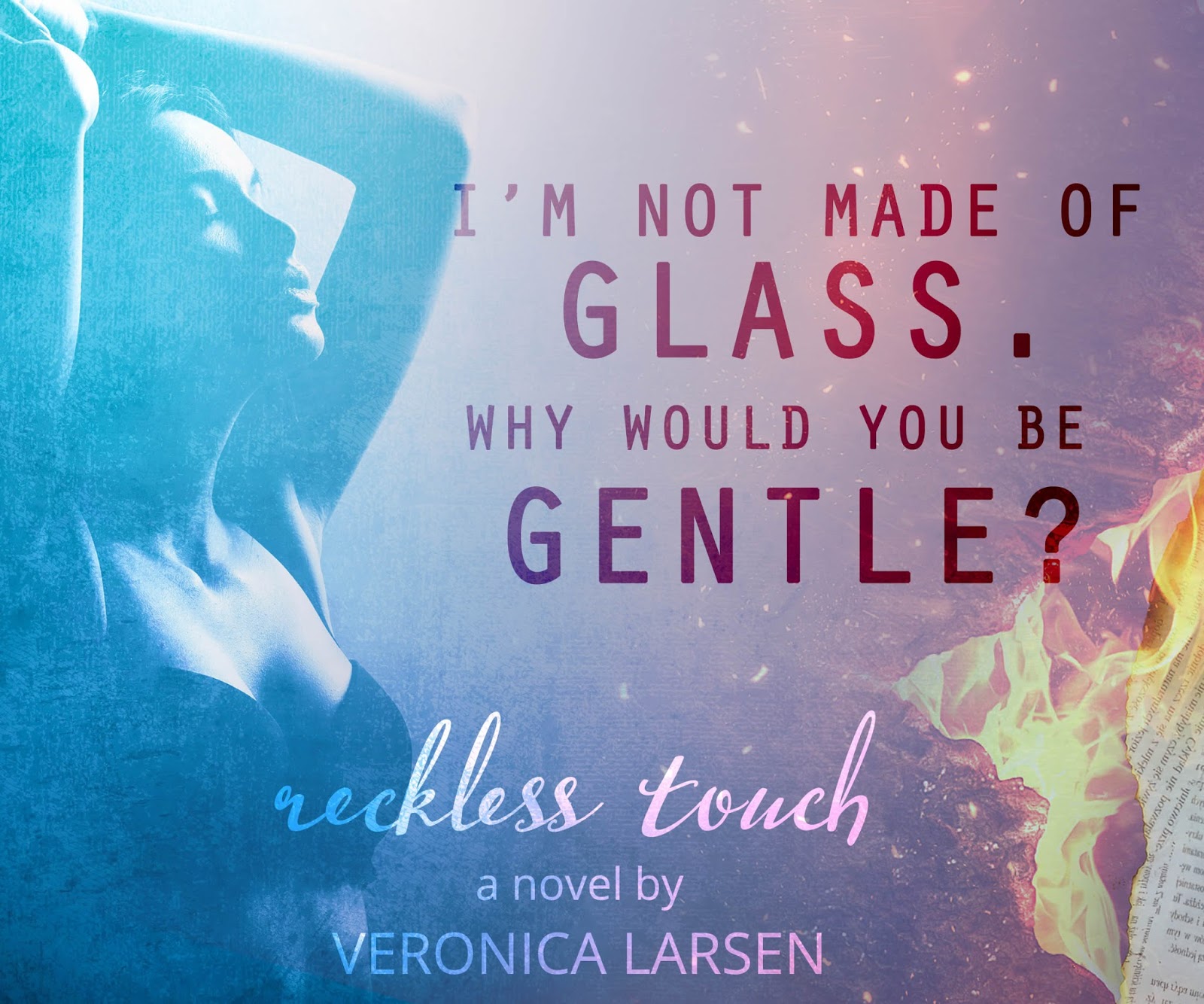 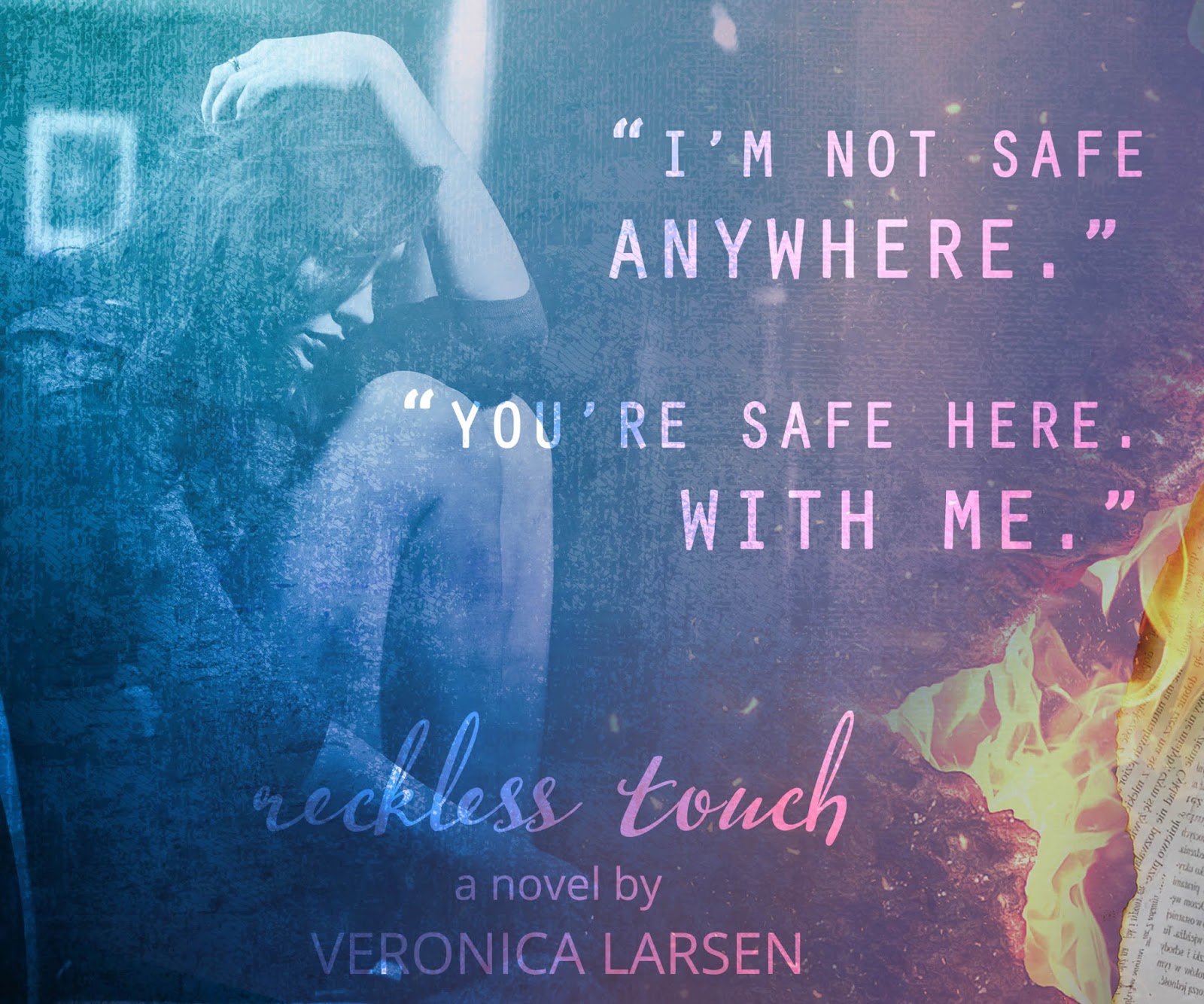 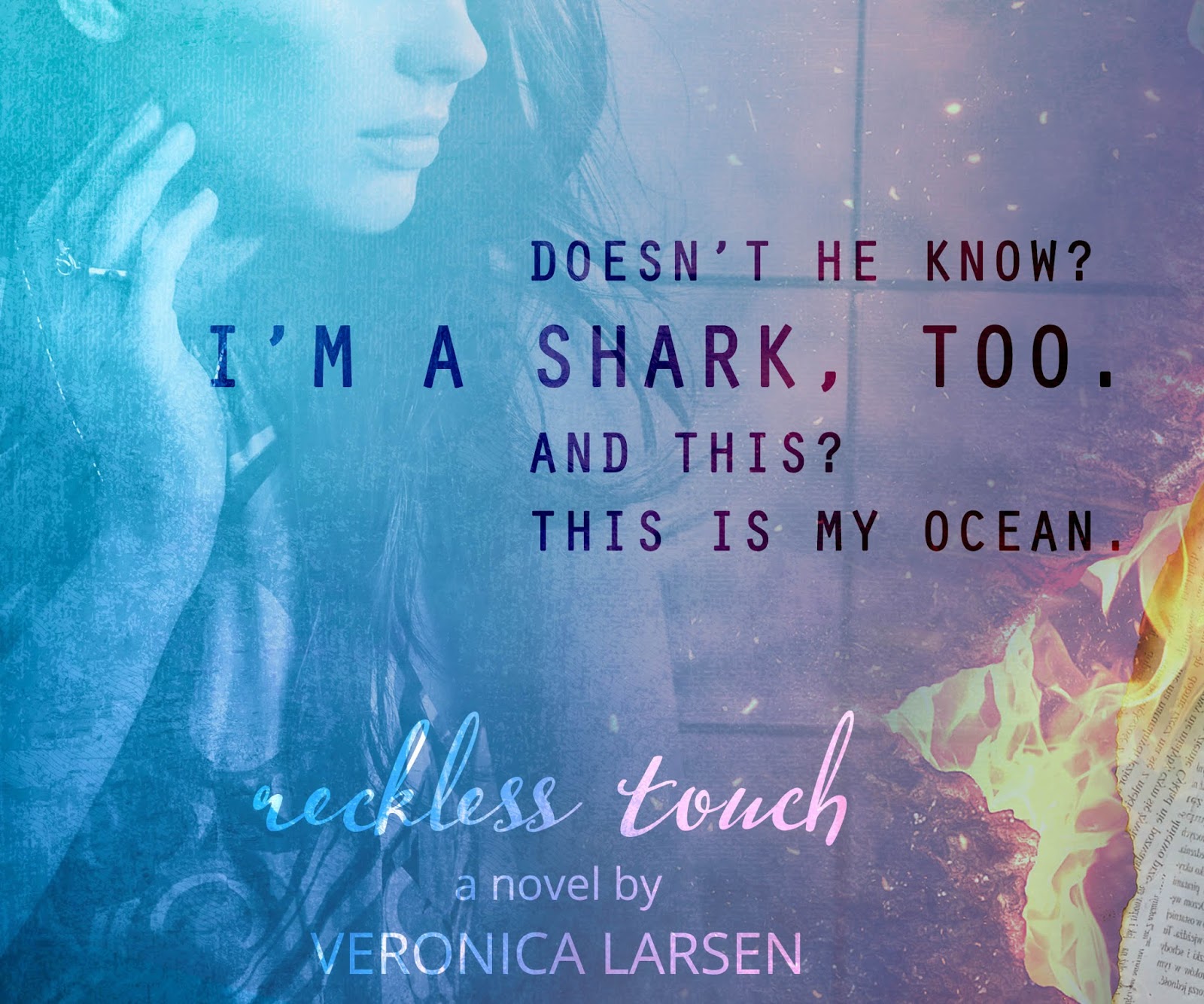 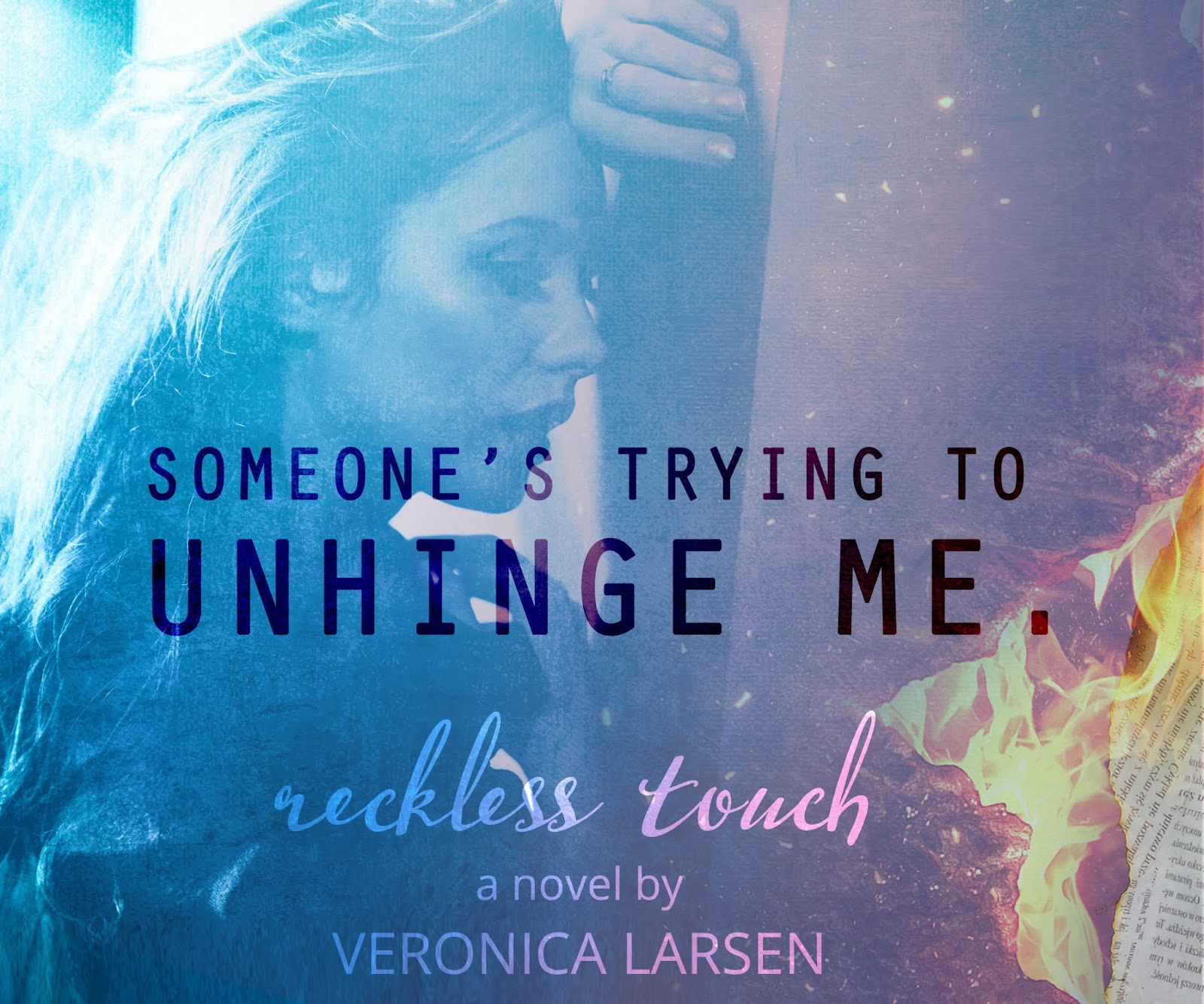 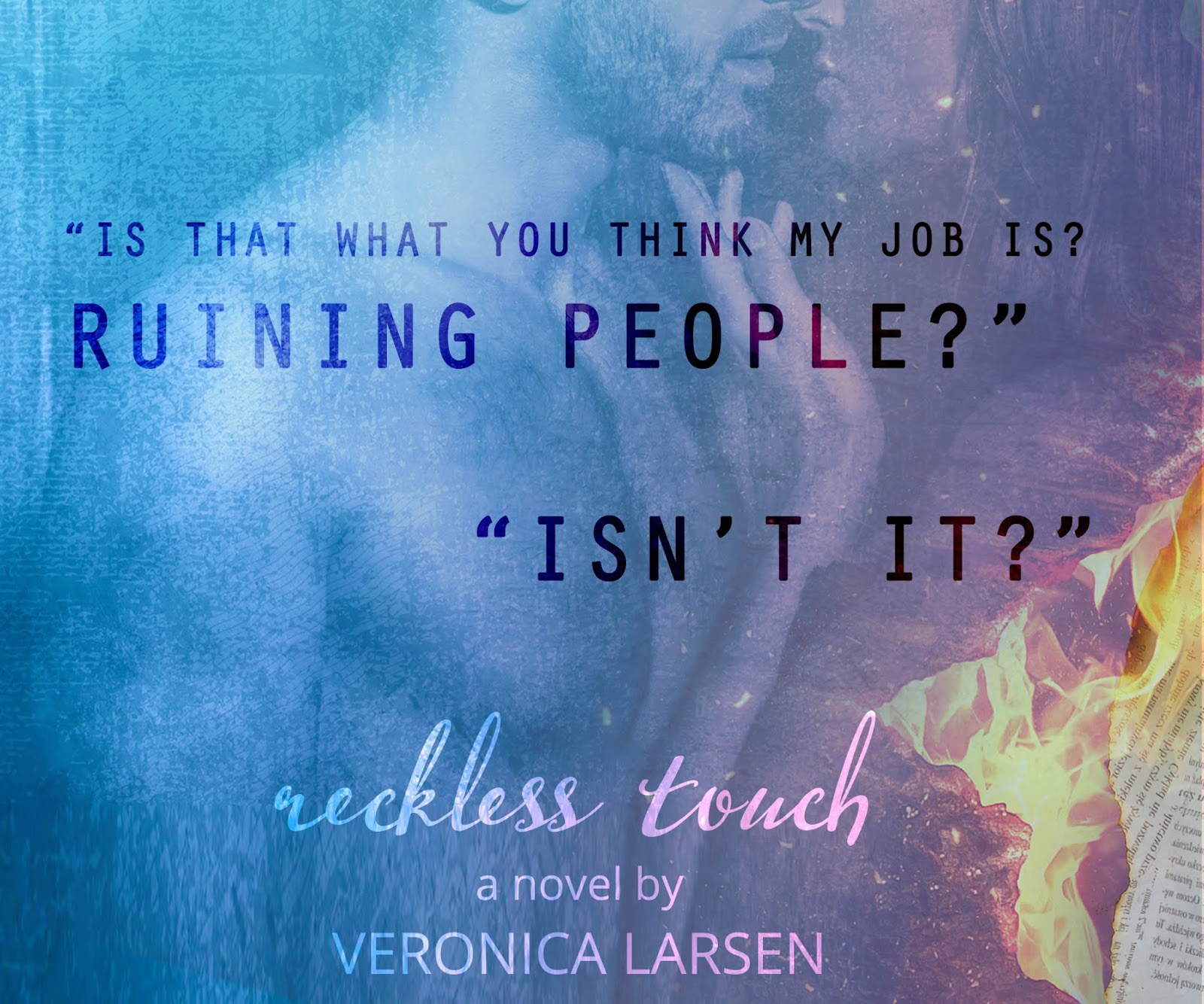 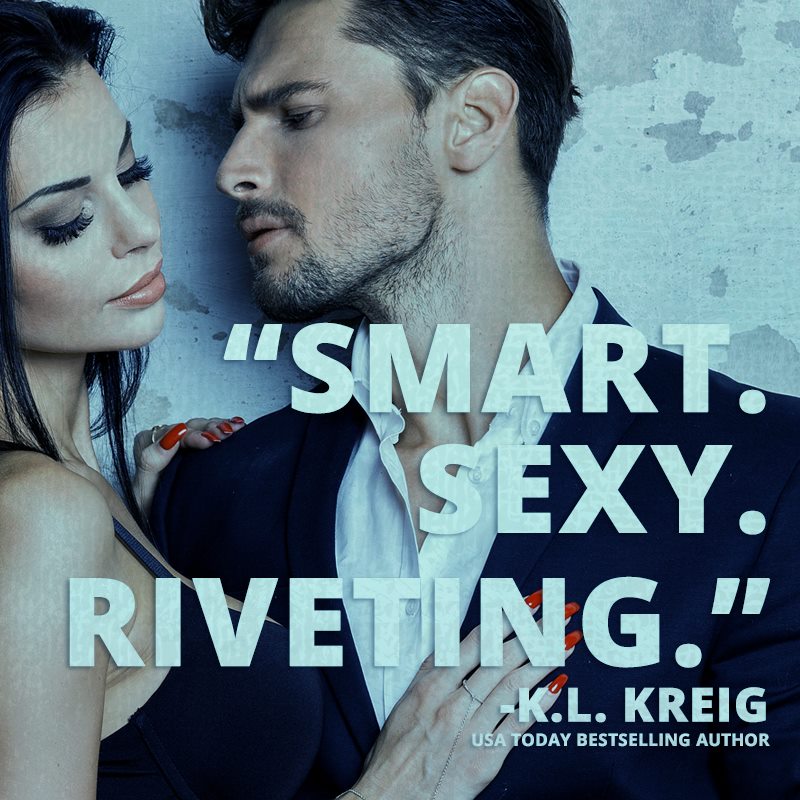 Veronica Larsen's romance novels are angst-driven and steamy. They tend to feature strong female leads who keep their male counterparts on their toes. Veronica enjoys building intense chemistry and anticipation while creating believable, down-to-earth romances. She's an avid reader of all genres, coffee addict, and a Harry Potter fanatic. 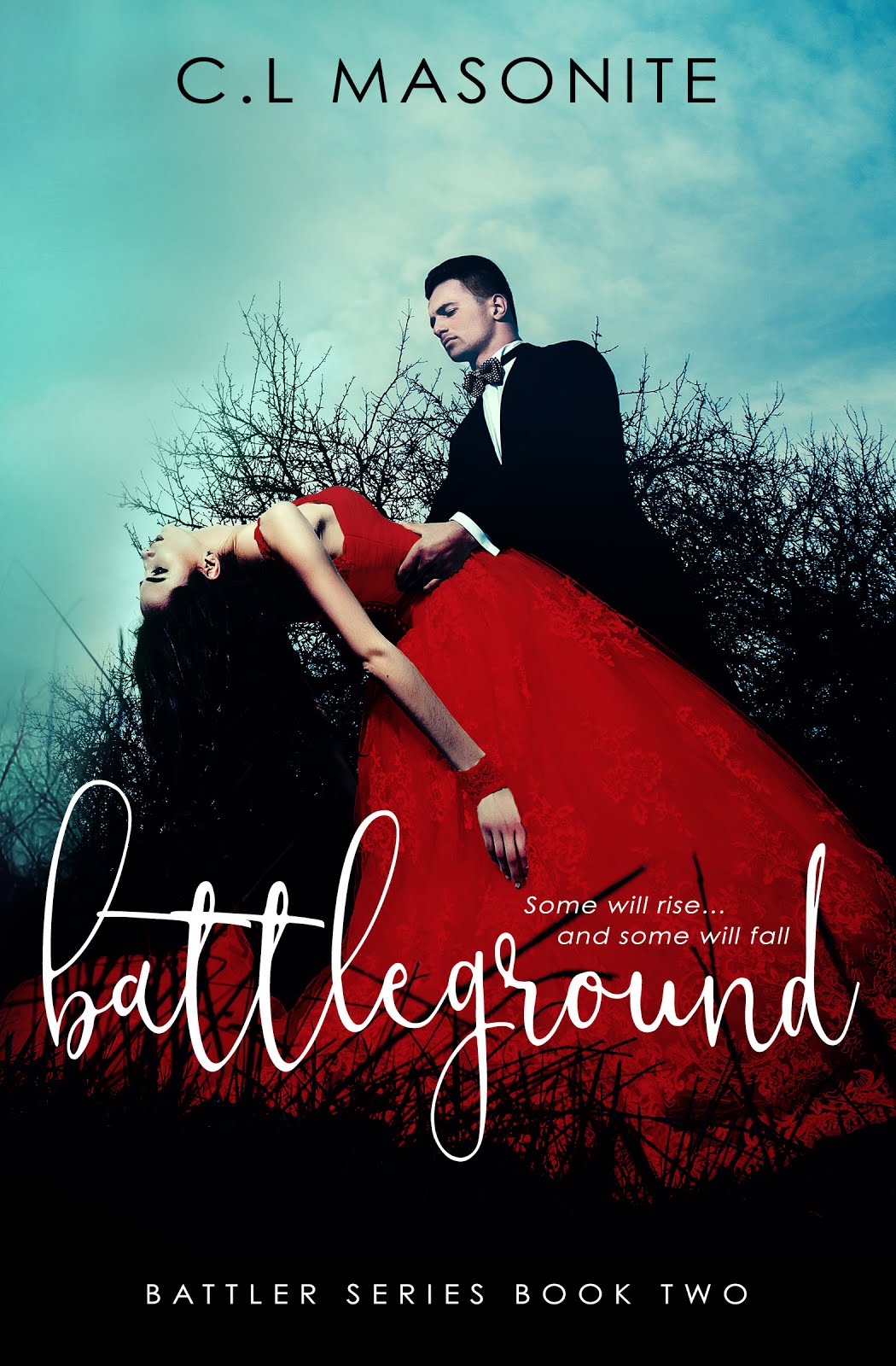 The Final thrilling conclusion to the Battler Series!

I've been exiled by royal, Wolfe decree. I've become invisible and with my back pressed up against the wall I have two choices...

One – Be silent and live a life in the shadows – filled with regret and loss... or

Two – Raze hell and break the goddamn doors to the kingdom down.

The former requires backing down and the second requires stepping onto the battleground. 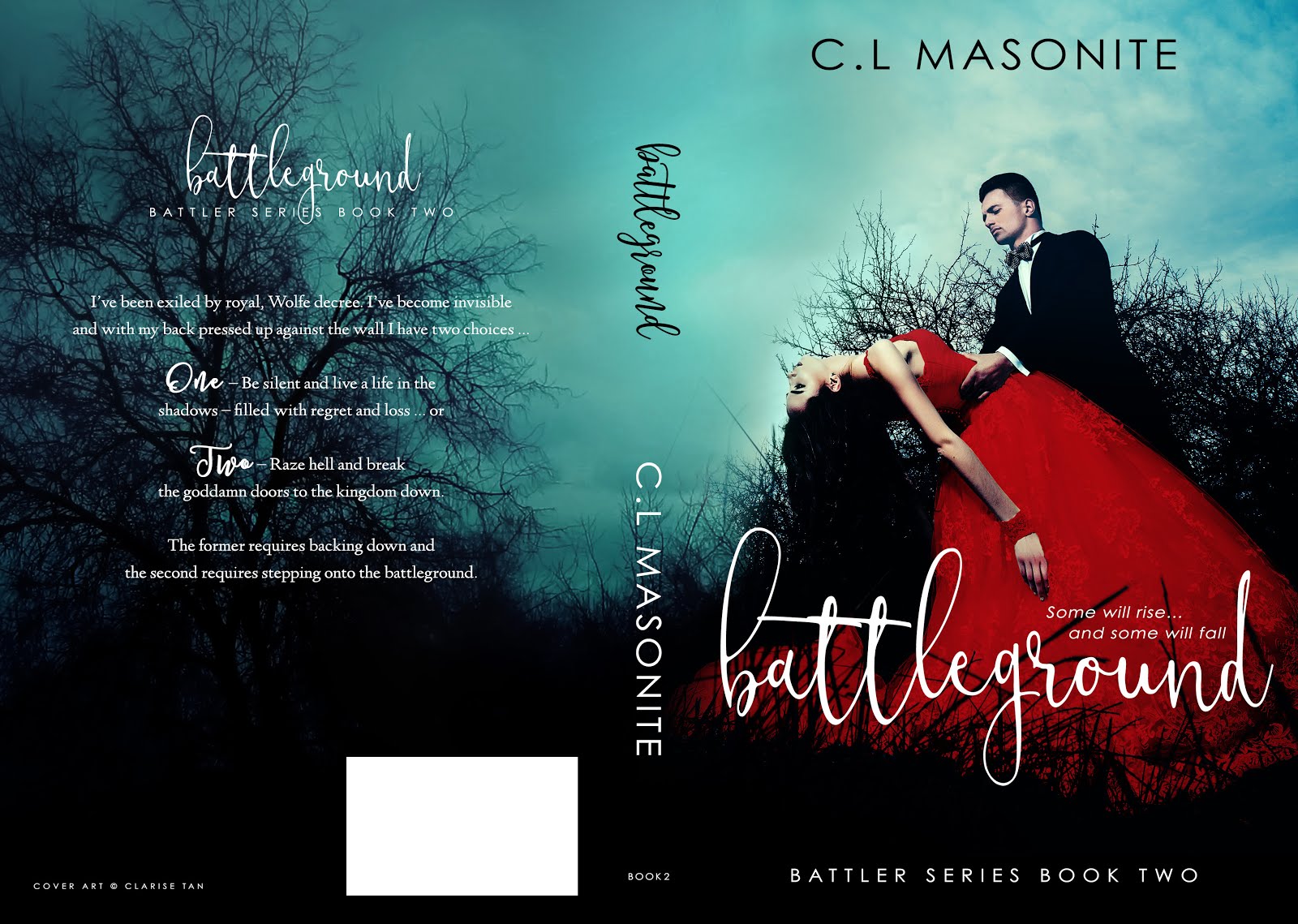 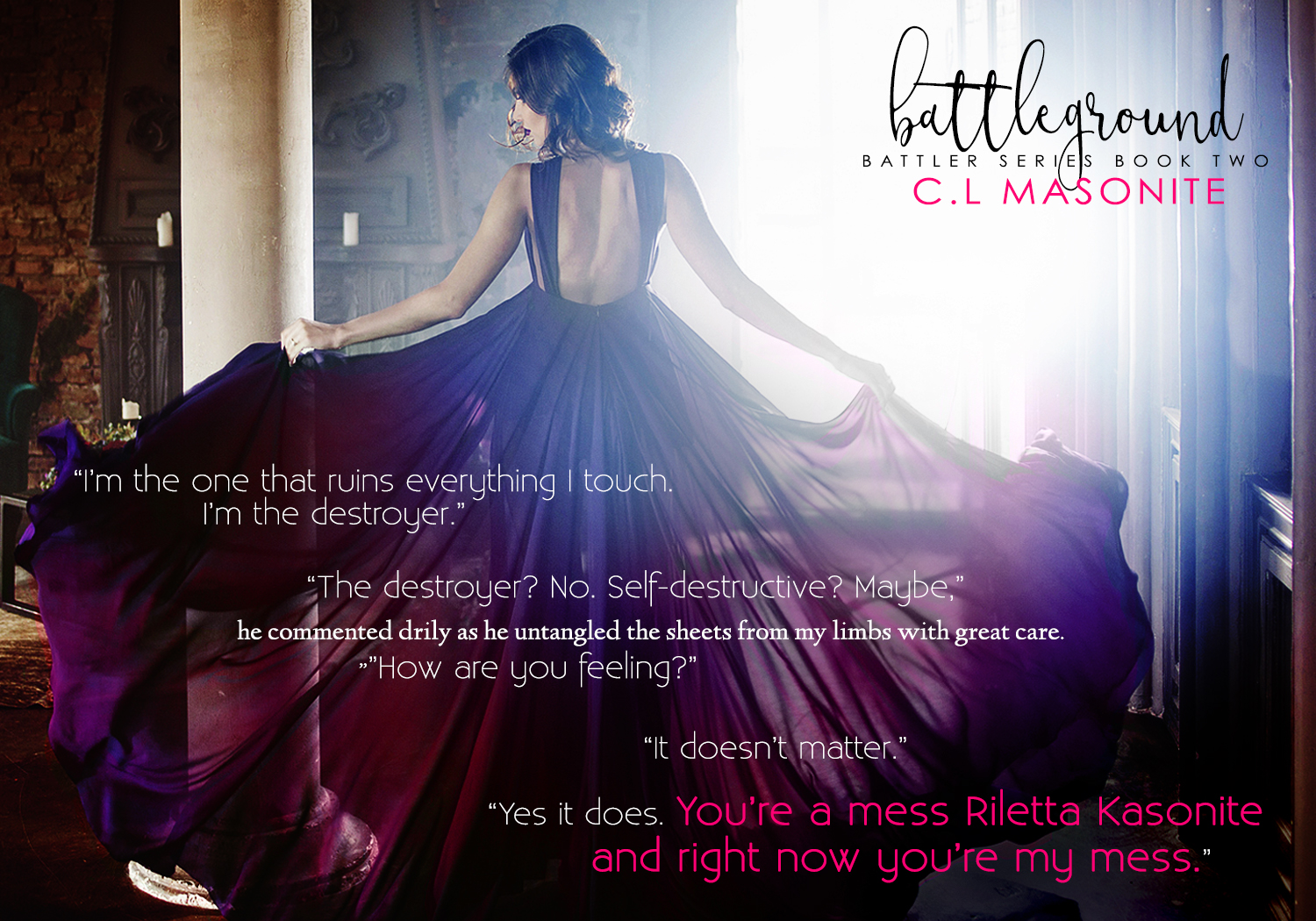 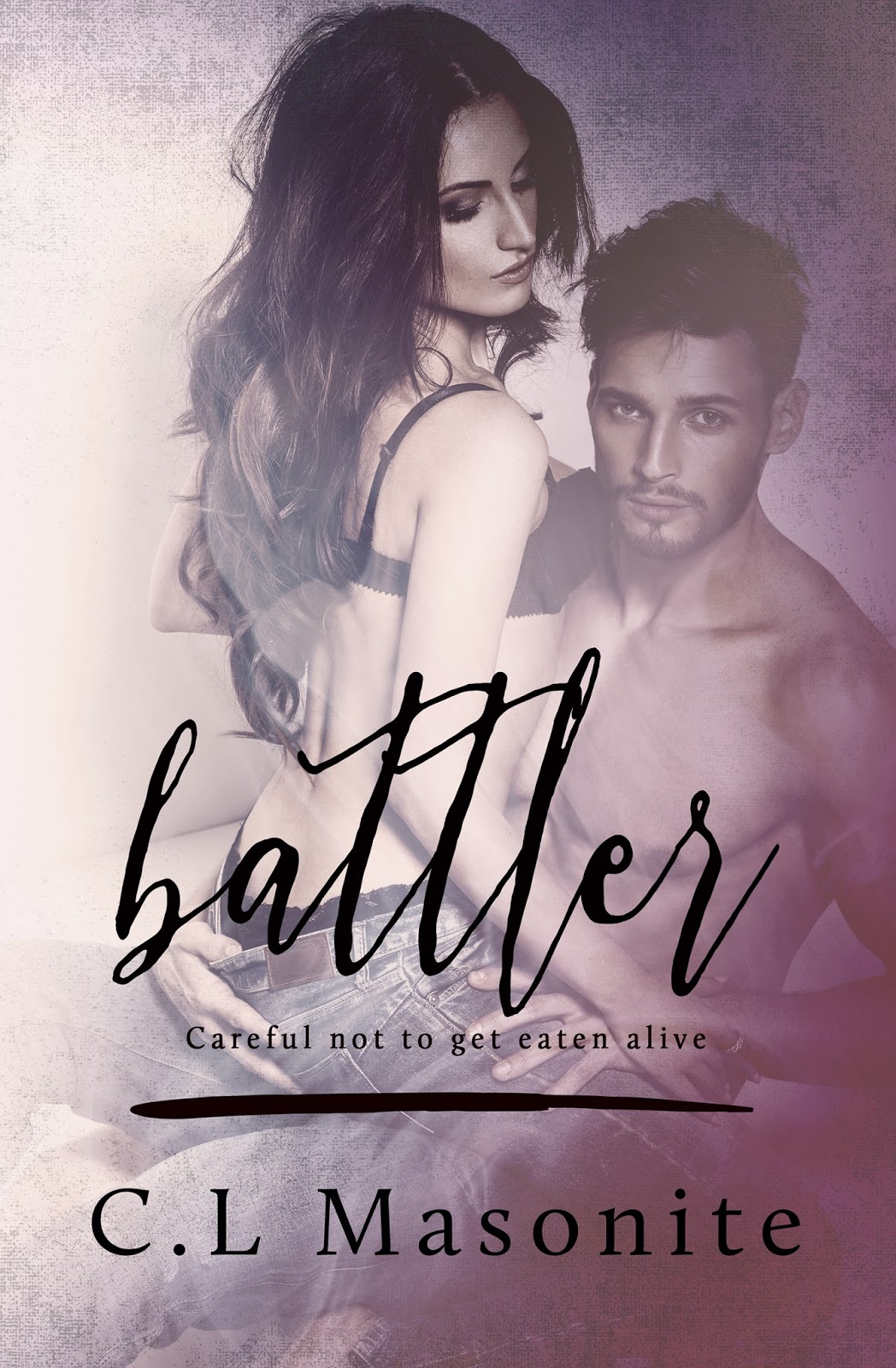 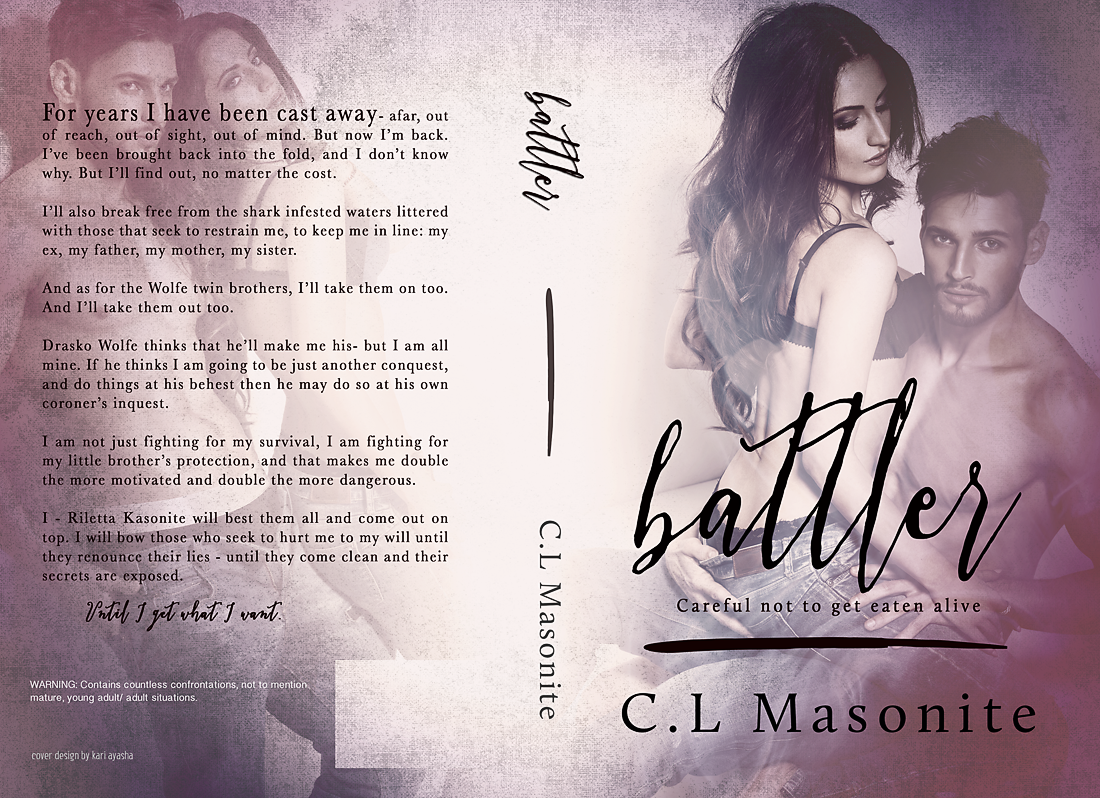 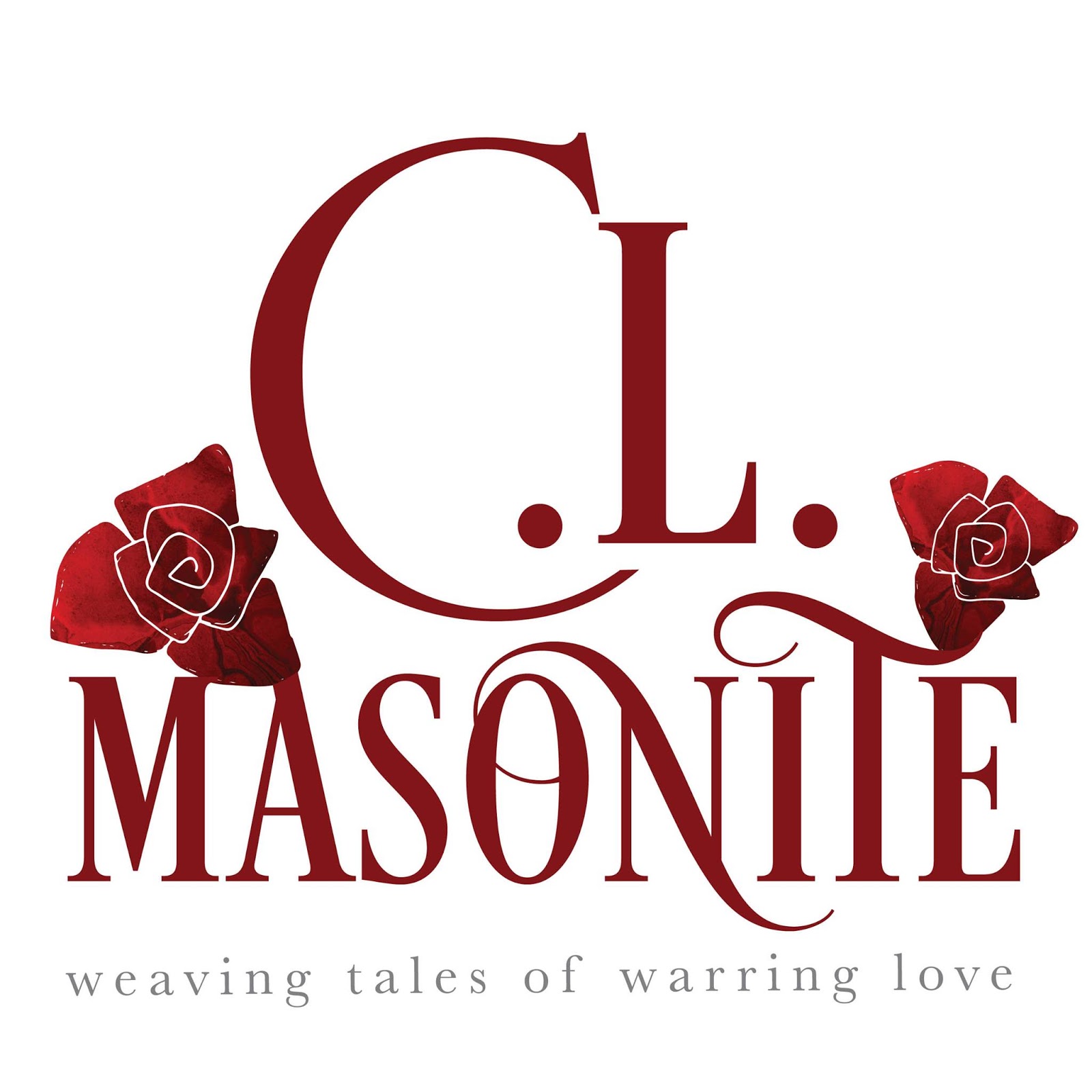 I've lived thousands of moments and I've been to thousands of places crafted by the soul crushing and soul mending words of thousands of authors. (Metaphorically raises glass of gin and tonic), here's to hoping I've created one thousandth of a moment of life for you...

♡ Hottie of The Day ♡ Trig Perez