New York Times, USA Today, and Wall Street Journal Bestselling Authors Vi Keeland & Penelope Ward have teamed up once again to bring you another chance meeting, another Cocky Bastard who will charm his way into your heart on April 10th, 2017.

I met Bianca in an elevator.

She was on her way to interview me when we got stuck.
The beautiful, raven-haired reporter assumed I was a delivery guy because of the way I was dressed.

She had no clue I was really Dex Truitt, the wealthy, successful businessman she'd dubbed "Mister Moneybags" — her afternoon appointment.

Bianca told me how much she hated Dex's type — snobby, over educated, silver-spooned men who didn't appreciate the simple things in life.

So, after the elevator finally started moving again, I cancelled the interview and let her believe I was someone I wasn't — a bike messenger named Jay. I loved the way she looked at the fake me and didn't want it to end.

I began dating her as "Jay" — all the while letting her interview the real me over email.

And she was falling for two men.
Only, both men were me.
And when she found out, we were both going to lose her.

Nothing could have prepared me for that day. And I certainly wasn't prepared for what came after.

All good things must come to an end, right?
Except our ending was one I didn't see coming.

Bianca George meets Jay Reed when she's on her way to interview the elusive Dex "Mister Moneybags" Truitt and they end up stuck in a dark elevator. What she doesn't know is that Jay Reed is in fact Mister Moneybags himself. After they're rescued from the elevator, Dex cancels the interview and Bianca goes for a bike ride with Jay. Soon, they start going out together.
Late that night, Bianca has the opportunity to interview Mister Moneybags via online chat. They start having nightly chats, not only about Dex's business but also about Dex's and Bianca's private life.
Bianca is now confused. She's falling for two men: the mysterious, down to earth Jay Reed and the elusive millionaire Dex Truitt. But how will she react when she finds out that Jay and Dex are the same person?

I loved Mister Moneybags! The story is amazing and it hooked me from the first page. It has the perfect combination of laughter, drama, sexy scenes, mystery, and twists. Because Bianca finding out that Dex and Jay are the same person isn't the only mystery. This book has much more and I couldn't stop reading until I found the truth along with Dex and Bianca.

Bianca is a confident, strong, smart and sweet young woman. She usually knows what she wants, but Dex and Jay throw her a curve ball and now she's very confused. When she finds out the truth, she doesn't know if she can forgive Dex. I loved that she made Dex grovel for her forgiveness and didn't forgive him right away.
Dex is a hot successful business man. His work is his life. But that changes when he meets Bianca. When he realizes that she hates rich men, he lies to her and becomes Jay Reed, the bike messenger. But he really falls for her and when she finds out the truth, he will do anything he can to make her forgive him. He made me swoon a lot with his attempts to win Bianca back.

Vi Keeland and Penelope Ward hit the jackpot again with Mister Moneybags! The story is amazing and the characters are fantastic. This sweet, funny and sexy story, with the right amount of drama and several twists, is flawlessly written and the authors' written style is perfect, making it very easy to connect with the story and these perfectly flawed characters. I can't wait to read more from Vi and Penelope! 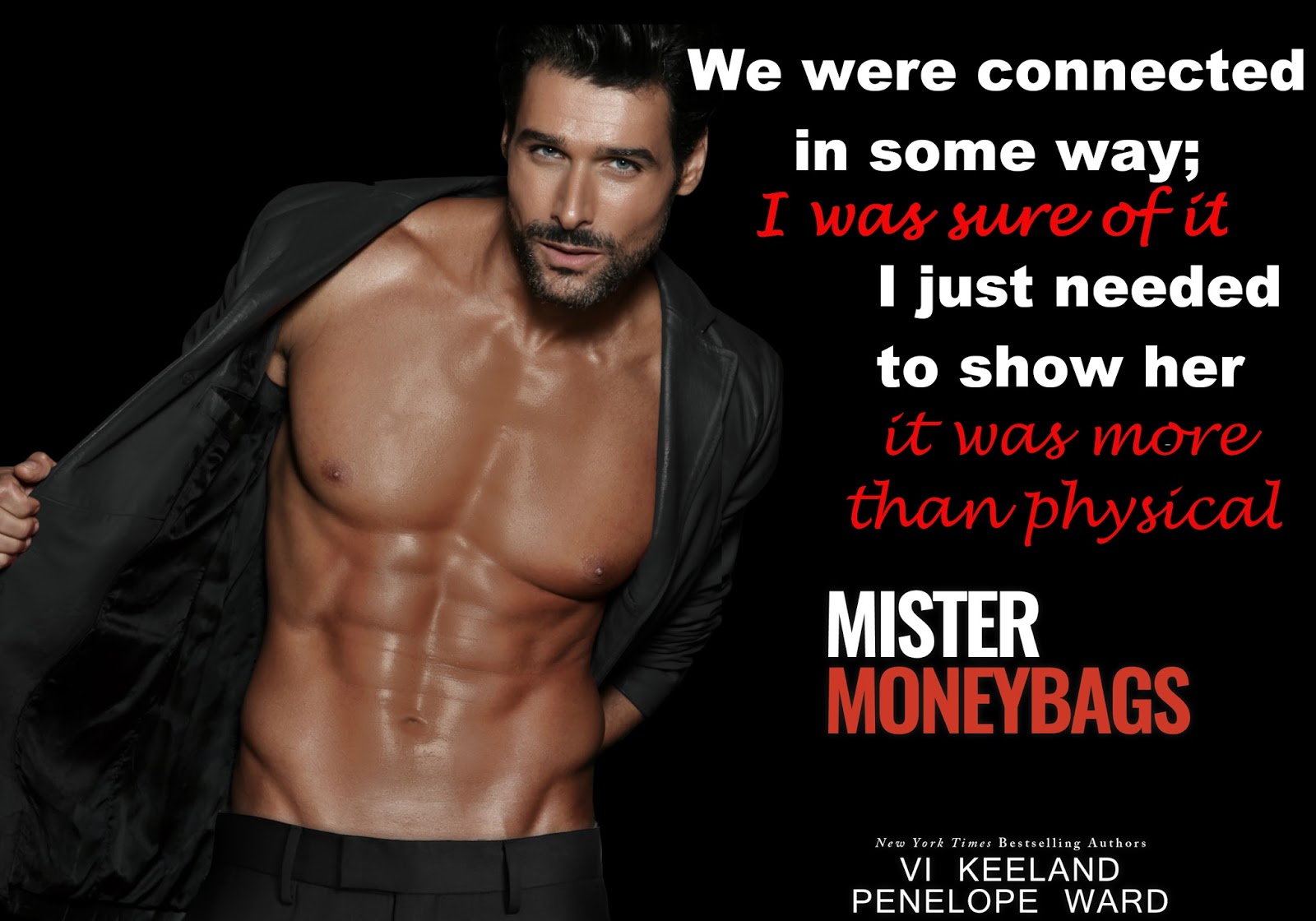 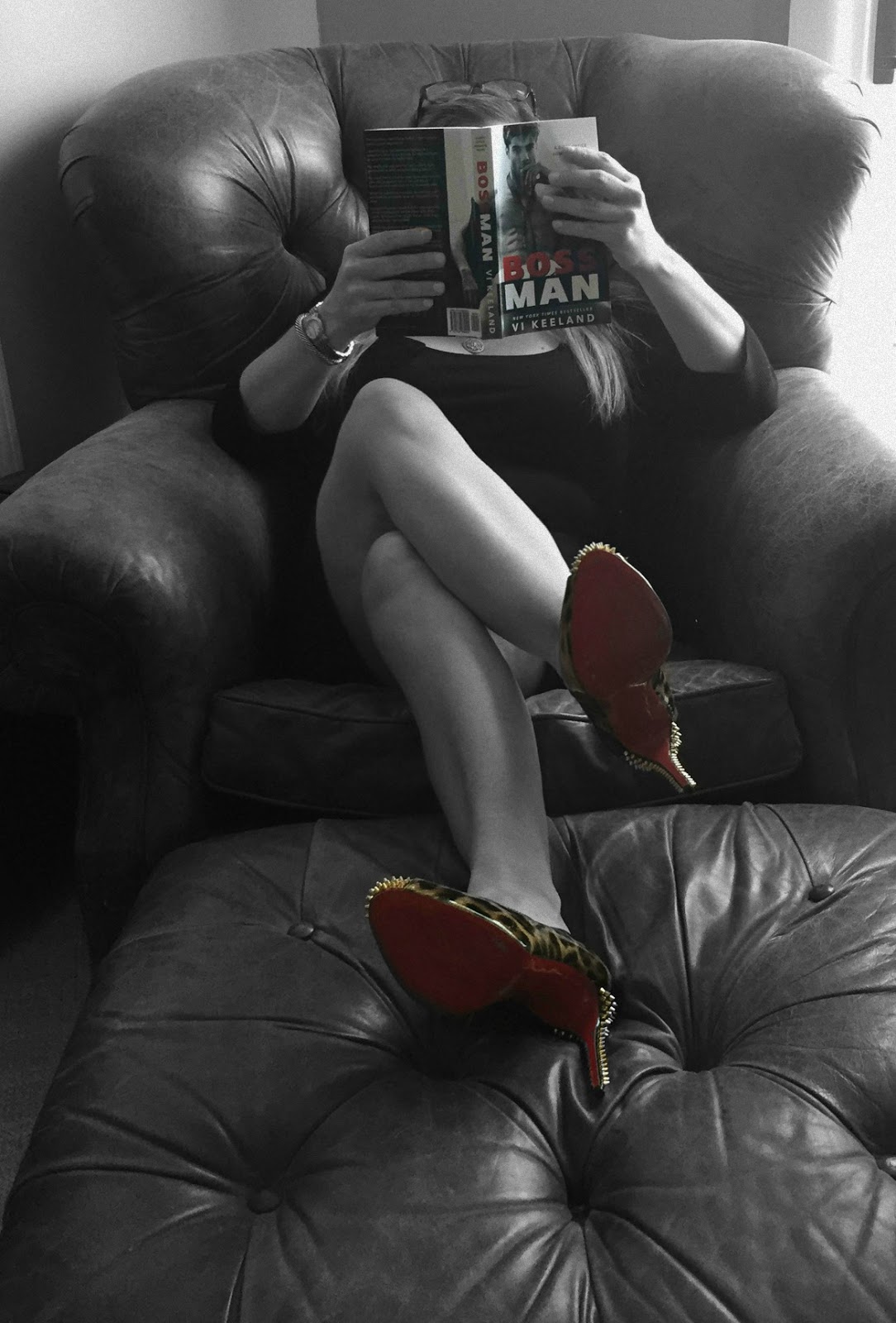