Be sure you grab your copy today!

Looking back, none of this would've happened if I hadn't dropped my phone in the toilet. I mean, I could've walked away from him if I'd had it with me.

Maybe it was all over the first time he saw me, and he would've found another way. Probably — if there's one thing I've learned, it's that Shade always gets what he wants, and apparently he wanted me.

Right from the first. 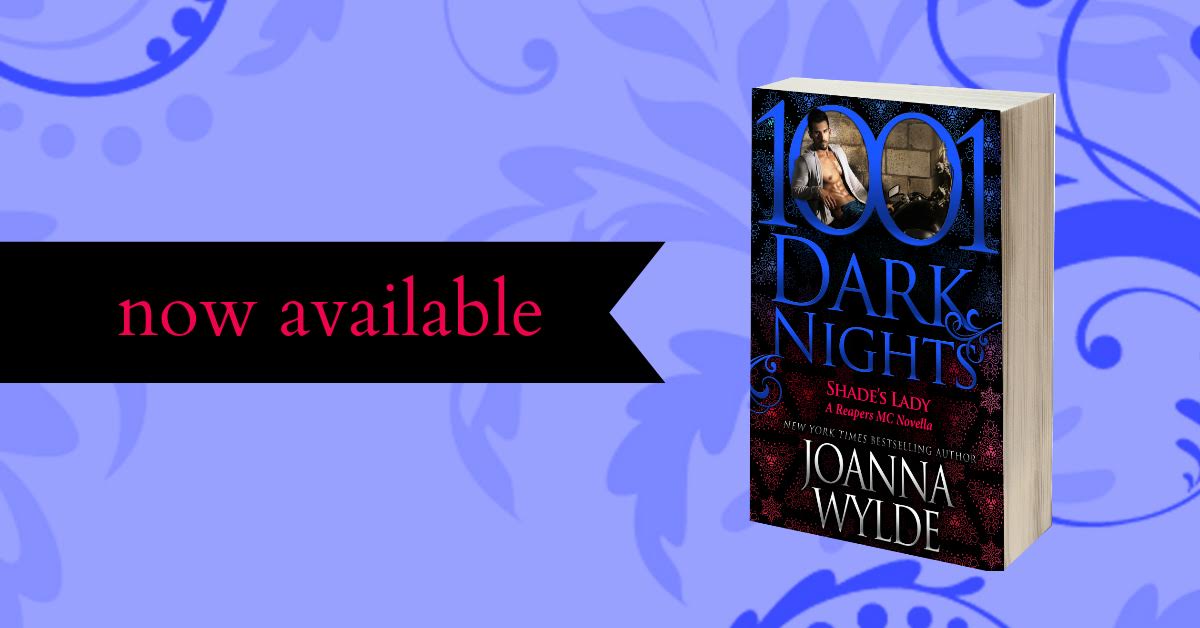 "Nope. That's not how it works," Shade said, sliding his hand up into my hair. "It was about a member of a support club lying to the national president of the Reapers. He tried to cheat me out of five hundred bucks by promising something he didn't own. We can't let guys like Rebel get away with that shit. Wouldn't matter what it was about, the principle's the same."

"There are so many things wrong with that statement that I don't even know where to start. I... I literally can't figure out what I want to argue with you about because it's all wrong. All of it."

"It's how our world works," he said, rubbing up and down my lower back. He might've been trying to soothe me but my thoughts were spinning too fast. "There's good and bad. Part of the good is that when you belong to someone in a club, it's not just his job to protect you, it's the whole club's. I'd die for Dopey's old lady and I don't even like the bitch. He's my brother, though, and she's his property. It is what it is."

Joanna Wylde started her writing career in journalism, working in two daily newspapers as both a reporter and editor. Her career has included many different jobs, from managing a homeless shelter to running her own freelance writing business, where she took on projects ranging from fundraising to ghostwriting for academics. During 2012 she got her first Kindle reader as a gift and discovered the indie writing revolution taking place online. Not long afterward she started cutting back her client list to work on Reaper's Property, her breakout book. It was published in January 2013, marking the beginning of a new career writing fiction.

Joanna lives in the mountains of northern Idaho with her family.

♡ Hottie of The Day ♡ Ricki Hall