We are proud to present Train Wreck by Elise Faber!

This is a standalone contemporary romance with a "happy ever after" ending. 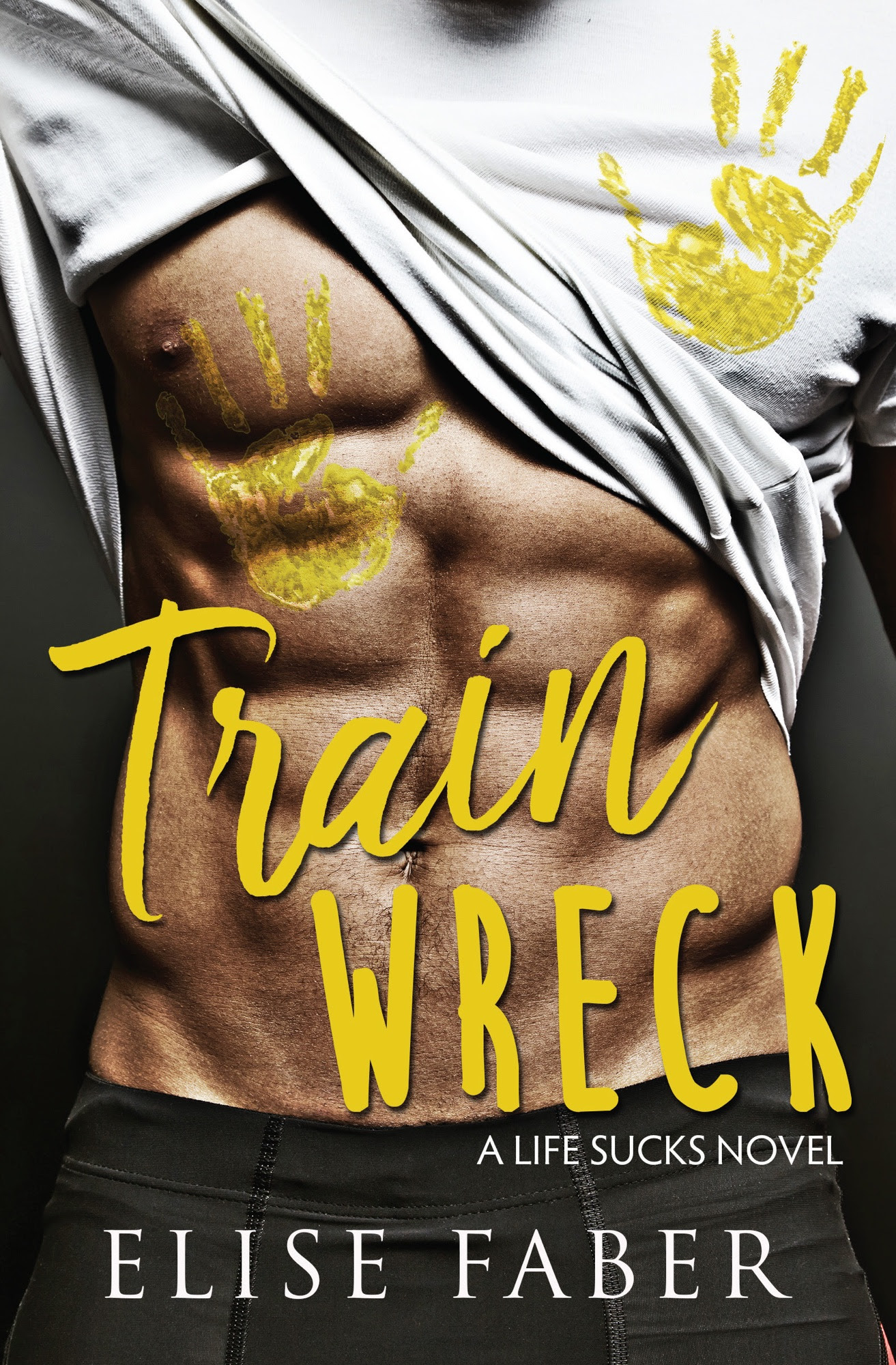 1. A chaotic or disastrous situation.
2. An utter catastrophe or mess.
3. A devastating calamity or source of trouble.
4. Pepper O'Brien.

As the daughter of a famed film producer, Pepper O'Brien is Hollywood royalty.

Because, unfortunately for her, the old adage is true: money can't buy everything — including grace, true love, or the ability to not screw up every single opportunity her life has brought her.

After her latest disaster, Pepper moves across the country to start over but, as usual, her life has other plans, namely in the form of Derek Cashette, her former teenage crush and now ridiculously handsome friend of her older brother.

Derek is determined to salvage the train wreck of her life and Pepper's determined not to let him. Her life is her problem and, dammit, why can't she be her own hero?

But sometimes fate has other plans. Or maybe it's hormones. Especially when her rescuer comes with a killer smile, a chest Thor would be jealous of, and a butt that any girl just wants to— 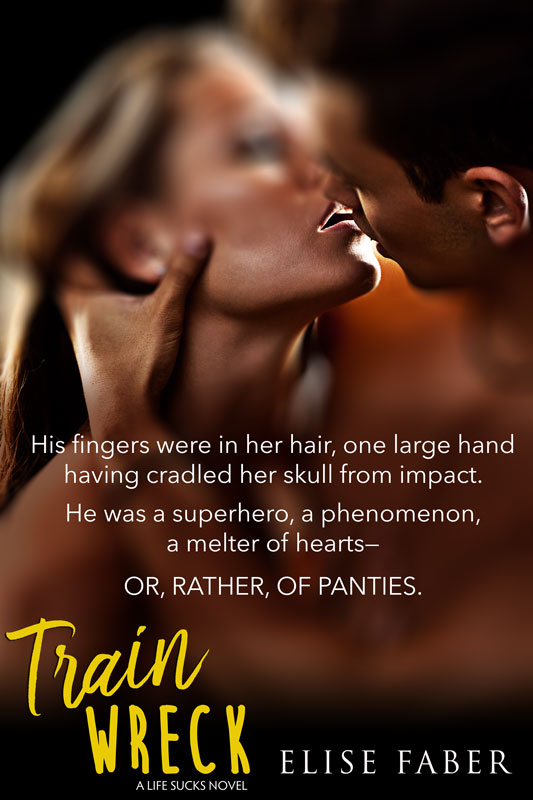 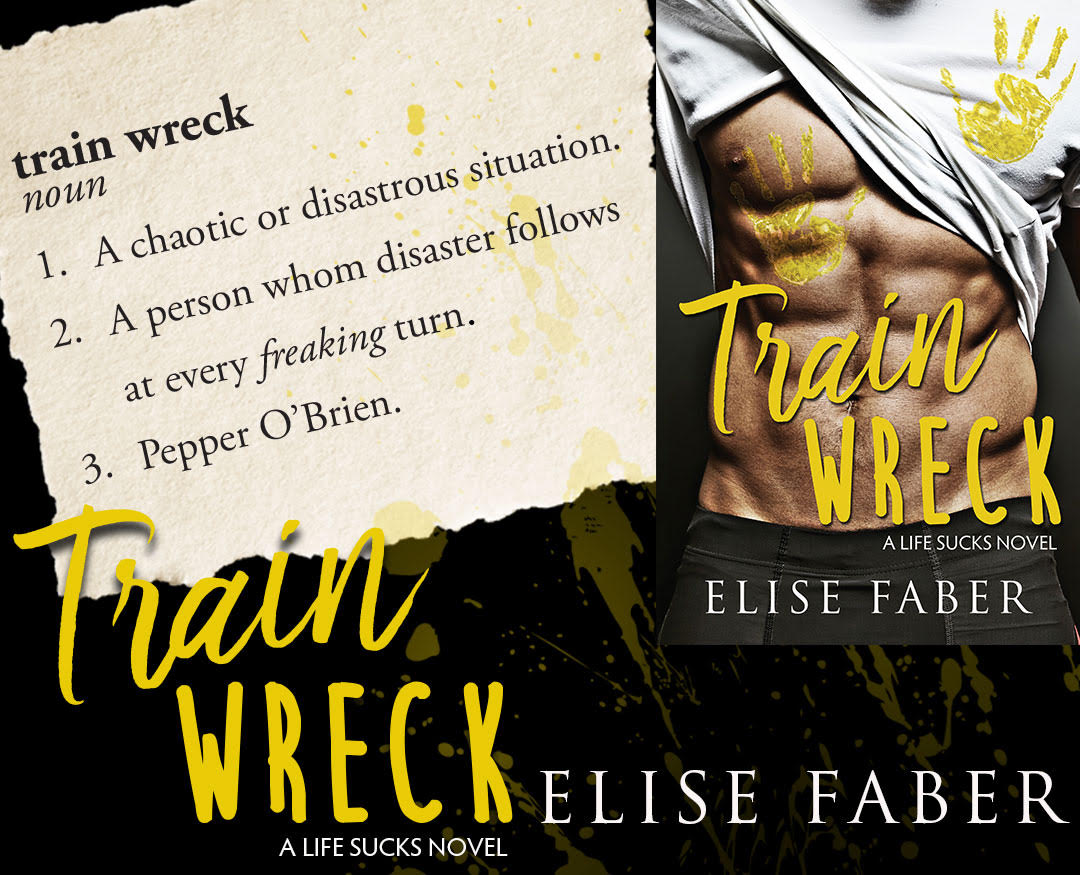 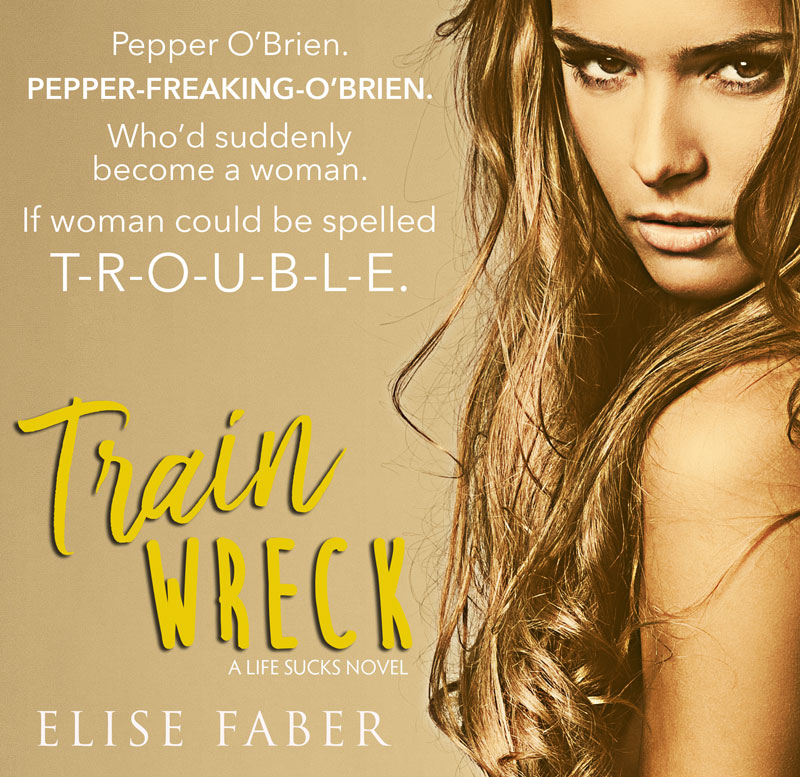 The door was open a crack and she paused before entering the hall, listening hard. Had he left?

But no, she heard the rumble of the dryer just off the kitchen, a soft curse as something clinked in the kitchen.

"Suck it up, Pepper," she whispered and strode into the hall.

And if her footsteps slowed to a crawl outside the kitchen then that was just because the sight of Derek standing in nothing more than a towel as he raided her fridge had frozen her in place.

She must have made a noise. Hell, it was probably a gasp. His body clothed was one thing. His body in just a towel...

Holy pigs in a blanket.

Funnily, the dimples were the last thing on her mind. Or at least the ones that graced his cheeks... err, his northern cheeks. The ones winking at her from the top of the towel, hinting at the biteable ass beneath? That set was definitely front and center in her brain.

He spun around and — freaking rainbows, kittens, and cotton candy — the front was as good as the back.

And the towel. Thank you sweet baby Jesus for that puny excuse of a towel.

Long limbs, a V above his hips, flat abs, a squeezable set of pecs.

Mine, her mind said. Grabby hands all day long.

No words. Her tongue wasn't capable of them at the moment. Not when it was glued to the roof of her mouth, not when every nerve in her body had come to screaming attention and was demanding that she launch herself at him.

But she managed to restrain herself.

She didn't jump Derek or mark him, didn't stake an obvious claim to the universe that he was hers.

She was a lady. She had restraint.

Instead, she closed the distance between them and snatched the towel from his waist.

See? She could control herself.

Then Pepper glanced down. "Oh."

One of his hands shot out, covering himself with a half-gallon carton of milk. "It's drafty in front of the fridge. Cold—"

Pepper didn't let him finish. Because her "oh" hadn't been in disappointment. No, the exclamation had been one of reverence. The man did it for her. Everywhere.

Her blood pumped, adrenaline surged. She could lift a car, a building.

She managed restraint before. Now that restraint was gone. Now she launched herself into Derek's arms.

Aside from writing bestselling romances, Elise's passions are chocolate, Star Wars, and hockey (the order depending on the day and how well her team, the Sharks, are playing).

She and her husband also play as much hockey as they can squeeze into their schedules, so much so that their typical date night is spent on the ice.

Elise is the mom to two exuberant boys and is thoroughly addicted to Dancing with the Stars.

Ellis Hughes has loved the girl next door since he was ten-years-old. She was his sun, moon, and every visible star in a clear night sky. She was also his biggest regret.

When a terrible accident rips Ellis and Harlow apart, it shatters both their hearts beyond repair. More than a decade later, Ellis has paid his penance, but his regret still lingers, and the love he once harbored for his childhood sweetheart has never faded.

What Ellis believes has been destroyed forever, slowly comes back to life, only for a cruel twist of fate to intervene. Knowing he cannot live his life without Harlow in it, he faces the ultimate test of selflessness.

He must sacrifice his own heart to mend hers.

I lean over the edge of the balcony and peer down at the garden below. I'd take a moment to enjoy the cool Wilmington wind against my flushed face if I could breathe. For a solid minute my vision swims as I struggle to suck in enough air to keep from passing out. The sound of my pulse rushing in my ears begins to ebb as everything starts to calm and I thank my lucky stars. Soft strains of music slowly drift free and steal the silence I rushed up here to find, as the patio doors beneath me open. I can hear fractured snippets of people regaling fond stories of Mrs. Adkins. I move slowly backward into the shadows and watch as he steps out onto the deck, running his hands through his hair. I should take the opportunity to leave while he's out here, but I can't seem to make my legs work.

I watch as he links his hands behind his neck and stares out at the sky. My heart rate begins to accelerate again when I remember idly how I used to love running my hands through his messy blonde locks. He looks exactly the same and yet somehow completely different. The natural, infectious energy that used to surround him has disappeared, but I guess prison will do that to you. The boy I last laid eyes on has long disappeared, but the man that's taken his place bears all the resemblances to my first love.

I wish I'd known he was going to be here — I could have avoided him. I'm not ready to see him, and as he stands looking out into the night, I can't pull my eyes away. I've practiced every day for ten years what I would do in this situation. I'd ask him why he didn't come clean. Why he lied. Why he shut me out and ruined what was left of my already broken heart. I was positive I'd be able to deliver it spurred on by anger alone. I was wrong. I assumed I'd be furious, but now that it's actually happening I'm not.

The floorboard creaks when I jerk as a cold shiver races to the base of my spine. I quickly step behind the curtain, worried he might have heard me jump, but when I peer out he hasn't moved a muscle. My body temperature suddenly feels as though it's dipped to ten below zero and I'm trembling, despite the mild night. He's so still it doesn't look like he's breathing. I can't see his face; I should at least thank the universe for that small mercy. I shiver violently again and fold my arms tightly under my chest, trying to get a hold of myself. The sight of him has knocked out the little air I'd managed to suck in clear from my lungs, and my body's decided to betray me yet again. I shouldn't be surprised; it's nothing new. I'm trembling uncontrollably now, and I try to relax and take some deep breaths like I'm supposed to. I've seen people shake violently with anger before, but I know that's not what this is. This isn't rage or hatred — it's an acute realization.

I've missed him. I've missed the one person in this world I should hate.

I'm a little neurotic; I function on a tiny amount of sleep, and a huge amount of caffeine. I love old movies, green skittles, and have a slightly strange, and irrational fear of stormy weather.

When I'm not locked away scribbling down the crazy stories that occupy my mind, I can be found at home in East Yorkshire with my husband and two children.

I'm unashamedly fickle and can be persuaded to do just about anything with the promise of a good book, new shoes, or a bottle of bubbles.

Oh, and did I mention I also love to write?

♡ Hottie of The Day ♡ Matthew McConaughey