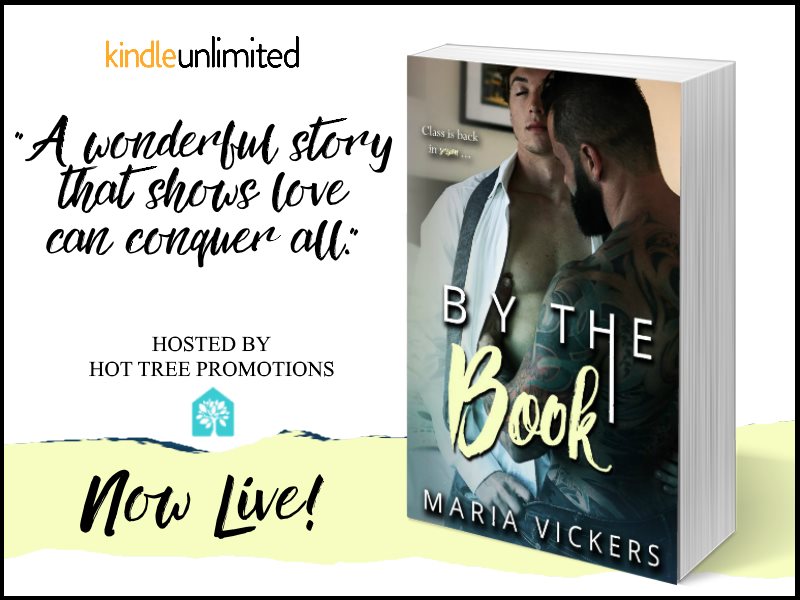 By the Book
by
Maria Vickers 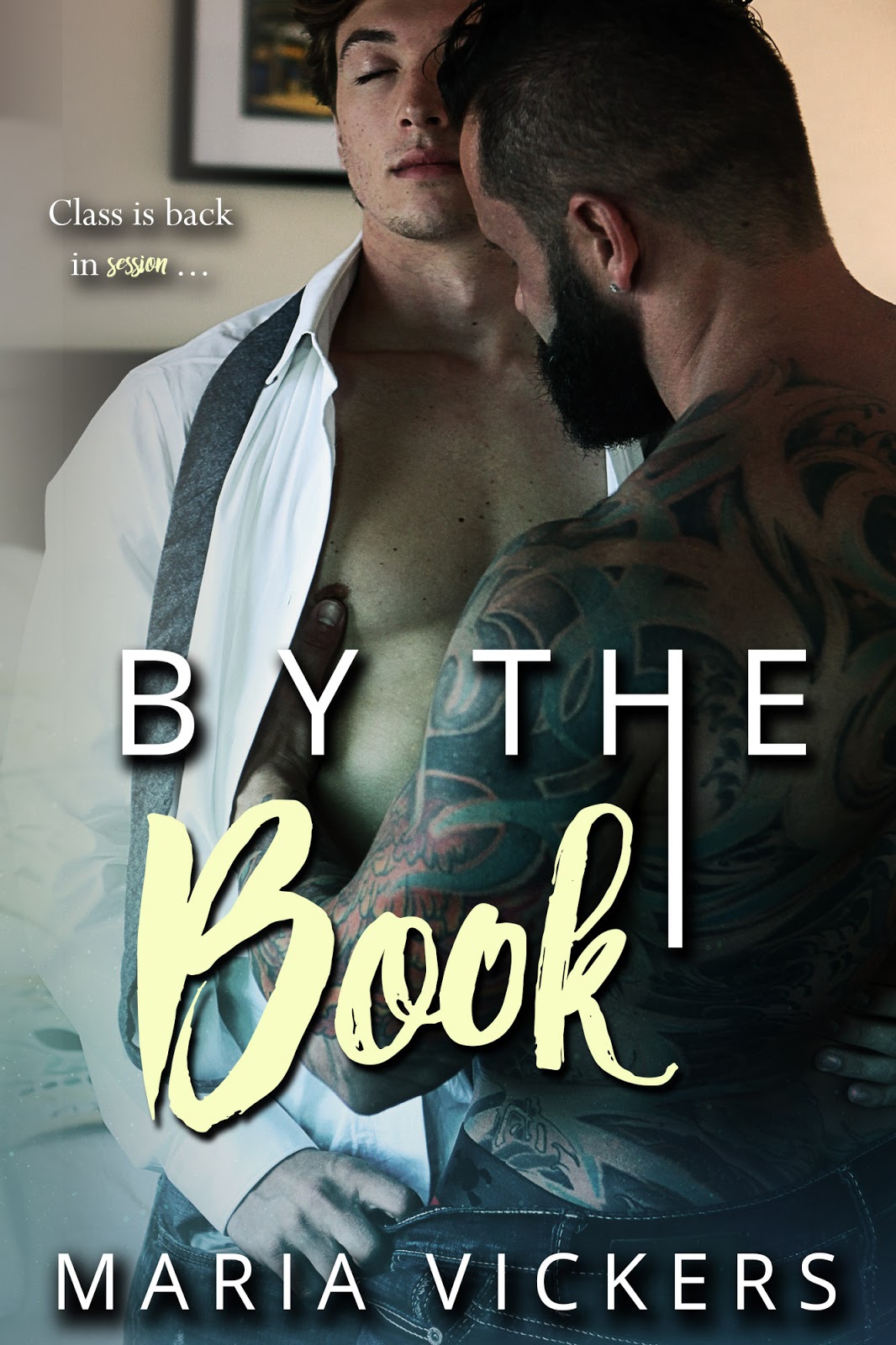 Joshua Dayton met the man of his dreams as a sophomore in high school — his mentor and biology teacher, Mr. Cayden. Fearing his love would be considered forbidden and rejected, he ran away to college, determined to move on and forget. Three years later, he is summoned home and comes face to face with the man he tried to leave in the past. The same man he never stopped loving.

Samuel Cayden was looking for a fresh start and an escape. What he was not expecting was to develop feelings for his student, Joshua. Yet when the boy returns home a man, Samuel can no longer pretend the pull between them doesn't exist.

Will the student become the teacher, showing Samuel how to open his heart? Will Samuel be able to prove to Joshua that things are not always what they appear? Or will the spark fizzle before it has a chance to ignite?

It's time they got a lesson in love and temptation. 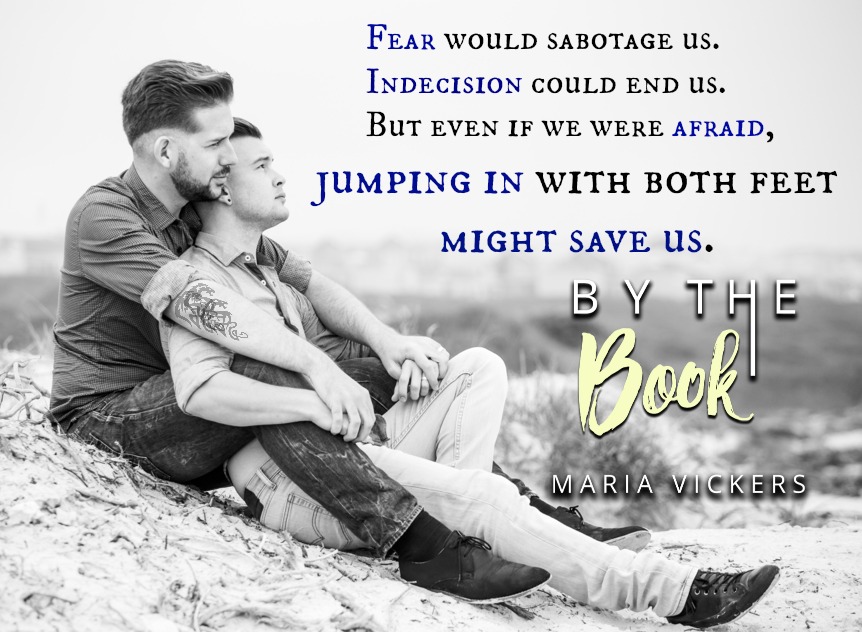 I stood there like a statue, my lungs burning from not releasing the air I had trapped in them. When he didn't continue, I prodded, "Yes?"

His shoulders shrugged, but his chin practically rested on his chest so that I couldn't see his face. Without answering, he spun around and pulled out the bacon and eggs from the refrigerator, setting them gently on the counter. With his back turned, I heard his soft reply, "I didn't want to lose."

What did that mean? I wasn't trying to come between him and his mother. I would never do that. Granted, their relationship left something to be desired — not that I was an expert by any means — but she was still his parent, and the only one he had left. "You aren't going to lose your mom. I wasn't trying—"

Whirling around quickly, his glare could melt the polar ice caps. "What do you mean?"

Instinctively, I took a step backwards.

"Is there something going on with my mother?" He spat the last word as if it left a foul taste in his mouth.

"No," I spoke quickly. She would be one of the last people on earth I would think about in any sense other than as his mother.

"Then what do you mean?" he demanded.

Fire and ice. One minute there was an unspoken awkward gap between us, and the next the chasm opened and the switch was flipped. He went from hesitant to furious before I batted an eye, and I was having hard time keeping up. His chest heaved with the deep breaths he was taking and his face, which had a slight flush to it, turned red. His jaw was clenched and his hands were fisted.

"What exactly are your intentions toward my mother?" he sneered.

His anger began to feed my own. How dare he accuse me of anything when he hadn't a single goddamn clue? Marching up to him, I pushed him against the counter behind him, accidentally knocking off the carton of eggs and they fell to the floor. "You don't know anything," I growled right before I pressed my lips to his in a brutal kiss. His hands fisted in my shirt, and I couldn't tell if he was trying to push me away or pull me closer. I prayed for the latter.

Both of my hands were gripping his hips tightly. I moved one to his face, using my fingers to put pressure on his chin, opening his mouth for a heavier onslaught. My tongue plunged in, snaking around his, tasting him.

His wrestled with mine for control. It was an aphrodisiac.

And then a bird squawked, a car alarm blared... our bubble was broken.

I let him go quickly, stumbling backwards with wide eyes and a racing heart. His eyes were also wide with shock, and his mouth looked red and raw from my beard. He had been thoroughly kissed and I craved more of him. Instead of going to him though, I apologized, "Sorry," and then hightailed it out of the house. I couldn't believe I'd done that.

Jumping into my car, I ran away like Josh had done multiple times. For me though, I was pretty sure if I hadn't left, he would have kicked me out.

What the fuck just happened? Had I dreamed that? Sam kissed me. I couldn't believe it. Sam really kissed me.

Slowly, I brought my hand to my face and felt the skin around my mouth that had been scraped by his beard, and I could feel the smile curling my lips upward. He'd kissed me, and as soon as I felt his lips press against mine, the sky opened up and I heard the angels singing. Well, maybe not that dramatic, but something like that. The ground beneath me shifted and my life, my whole world, came into complete focus.

Kissing him, his arms gripping me, had filled a void within me. The same void that had opened up the day I laid eyes on Sam. I'd tried to fill that space with others, and when I couldn't, a couple of fuck buddies helped to distract me and scratch an itch. But two minutes with him, did what no one else could do. I felt whole.

At least until the moment he left me standing in the kitchen alone and reeling from the best kiss I'd ever experienced.

A new determination burned within me. Samuel Cayden would be mine. I'd find a way to win him and prove that no one else could ever compare. 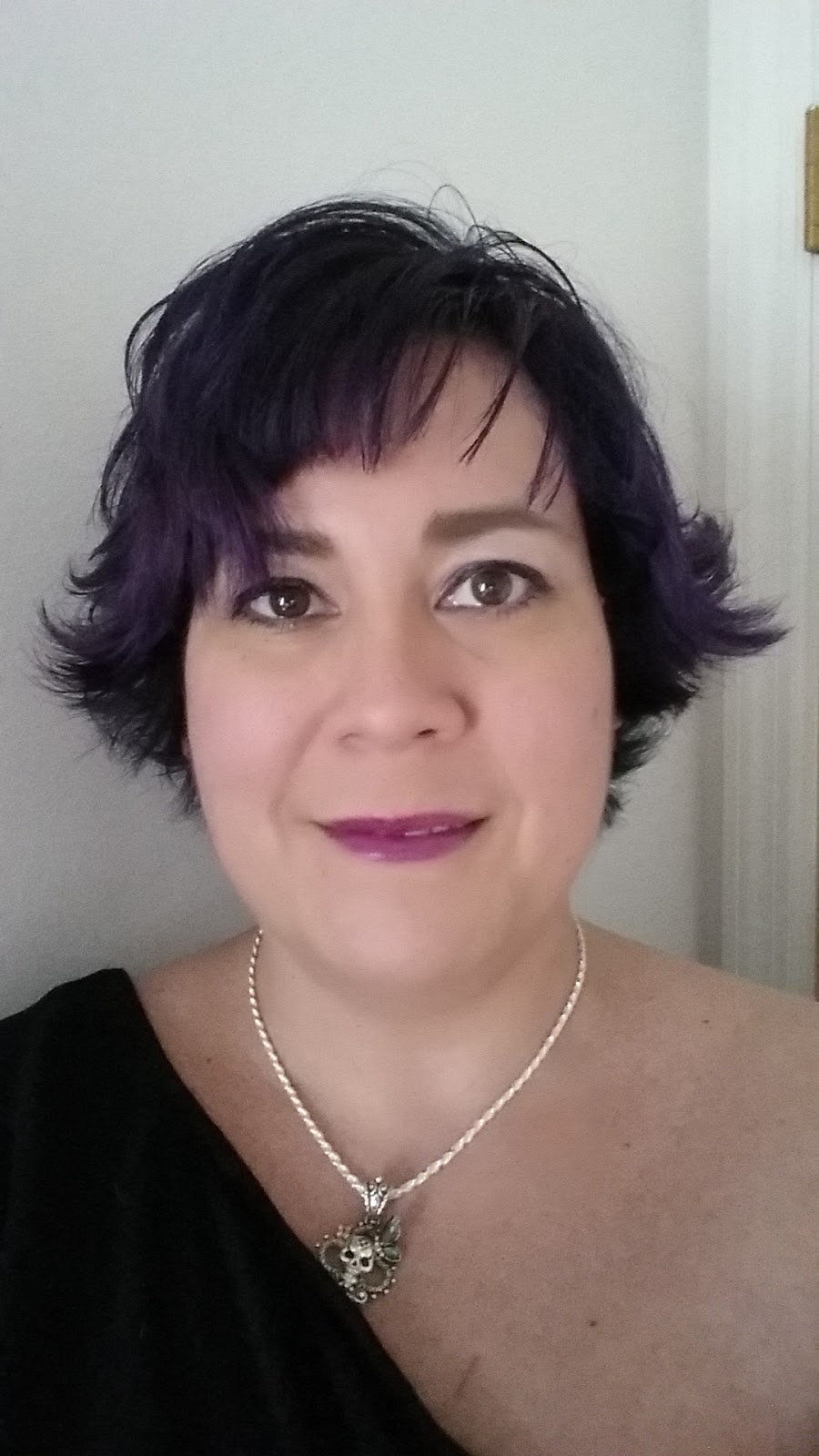 Maria Vickers currently lives in St. Louis, MO with her pug, Spencer Tracy. She has always had a passion for writing, and after she became disabled, she decided to use writing as her escape.

She has learned a lot about life and herself after becoming sick. One of the things she has learned and lives by is, life is about what you make of it. You have to live it to the fullest no matter the circumstances.

I've always loved books. Not only creating stories but reading them as well. Books transport me, and when I was younger, I would run into walls because I refused to put my books down even for a second. Take not, walking while reading is not advised. LOL.

With my books, I dream of sharing my stories with the world. I want others to be transported or to feel the emotions my characters feel. That is my goal. If I can do that for one person, I succeeded.

Getting sick changed me and my life, but it also opened doors that I thought were closed. Today, even though I may not be able to do as much as I once could, I still have my mind, and I can write. 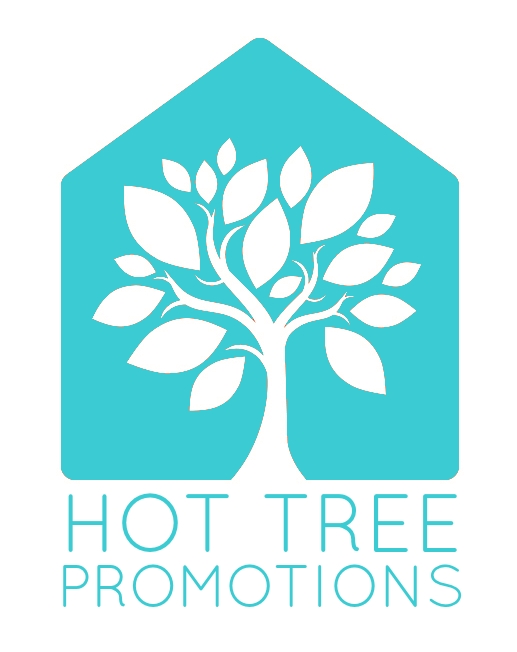