The Forbidden, an all-new story from Jodi Ellen Malpas is LIVE!!

The Forbidden
by
Jodi Ellen Malpas

A new story of dangerous temptations from the #1 New York Times bestselling author of the This Man trilogy.

Annie has never experienced the 'spark' with a guy - that instant chemistry that renders you weak in the knees. That is, until a night out brings her face to face with the dangerously sexy and mysterious Jack. It's not just a spark that ignites between them. It's an explosion. Jack promises to consume Annie, and he fully delivers on that promise.

Overwhelmed by the intensity of their one night together, Annie slips out of their hotel room. She is certain that a man who's had such a powerful impact on her must be dangerous. She has no idea that he belongs to another. That he's forbidden.

✿ A Note From The Author ✿

The Forbidden is exactly that. Not allowed. Prohibited. Banned. At least, that's what society says. But what about your heart? It took a massive leap of faith for me to put these words on paper. I've always said that I write what my heart tells me to write, not what people want me to write. Never has my own motto been so significant in my writing career. I questioned my sense when I came up with the idea of The Forbidden. Then I reminded myself of my motto, of my heart0s desire, and my heart really wanted to tell this story, despite knowing that it might not be what people expect from me. I couldn0t let my fear of the taboo subject matter dictate my writing. So I dove right in — no holding back, no inhibitions, no softly-softly approach. The Forbidden is controversial. I've no doubt it'll cause debate, and I'm cool with that. As a writer, you accept that what you send out into the world is going to be picked apart, sometimes for the good, sometimes for the bad. This story is about the conflict. The feelings. The questions. It's about the heart ruling the head. I ask you to go into it with an open mind, and please remember that it is a story. One of passion, of love, and of heartache. It's about falling in love with the wrong person at the wrong time. Because it happens. Every single day. But above all of that, it's about being true to yourself and your heart. It's about finding your soulmate and fighting for them. It's about standing by what you believe in. And we all believe in true love.

Jodi Ellen Malpas wrote her debut series, The This Man Trilogy, in secret, worried about what people might think if they knew what her imagination was capable of. She was shocked herself. But she finally found the courage to unleash her creative streak and self-published THIS MAN – the first book of the This Man Trilogy – in October 2012. She took a chance on the story with a hero who soon became one of modern day fictions most prolific alpha male characters. Jesse Ward – also affectionately known as The Lord of The Manor, sparked incredible reactions from women across the globe and catapulted Jodi into the world of women's fiction.

Jodi went on to self-publish the second book in the trilogy, Beneath This Man in Jan 2013, just before Grand Central Publishing, part of the Hachette Book Group, picked up the popular trilogy and the unknown Jodi. The third book of the trilogy, This Man Confessed, took Jodi to the top of the bestsellers lists, earning her the proud title of #1 New York Times Bestselling Author. This Man has since been voted one of the top romance novels of all time.

With so much love, enthusiasm and a thirst for her words from her readers, Jodi suddenly wasn't afraid of her imagination anymore. She went on to write The One Night Trilogy with the delectable and mysterious Miller Hart, and stole the hearts of her readers once again. Her first stand-alone novel, THE PROTECTOR, released in September 2016 and has since been nominated for a Reviewers' Choice Best Book Award. Jodi's next stand-alone novel. THE FORBIDDEN, is set for release in August 2017.

All seven of her published novels have hit the New York Times best sellers list – as well as the Sunday Times list and various international best seller lists. Her work is now published in over 24 languages across the world.

Jodi was born and raised in the Midlands town of Northampton, England, where she lives with her two boys and a beagle. She is a self-professed daydreamer, a mojito addict, is famous for her obsession with Converse, and has a terrible weak spot for Alpha Males. Writing powerful love stories and creating addictive characters has become her passion – a passion she now shares with her devoted readers

Jorinda Pearce thought she did everything right – graduated from college, married her long-time sweetheart, established a career. But what does she have to show for it now? A degree she doesn't use, a job she hates, and an ex-husband that broke her heart.

Looking for a long overdue adventure, Jorie takes a walk on the wild side and attends a masquerade event at The Wicked Horse Vegas. It's exactly the escape she's looking for, and even better, she can explore anonymously. Drawn to the man masked in black leather with the body of a god, Jorie finds the greatest pleasures of her life at the hands of a stranger.

Walsh Brooks is the most sought after man in The Wicked Horse. Sex is nothing but a game to him and he's the type that will always leave at the end of the night without looking back. Unfortunately for Walsh, there’s no way he can walk away from the mysterious green-eyed beauty behind the mask of sapphire feathers, because he knows exactly who she is.

Jorie is his best friend's little sister and there's not another woman in the world that's more off limits. 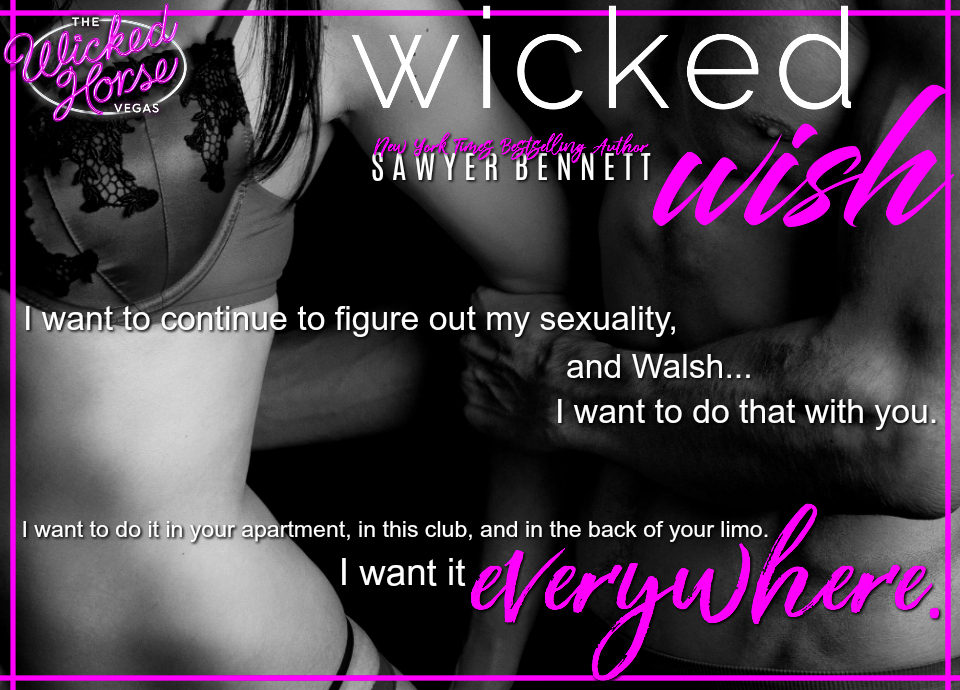 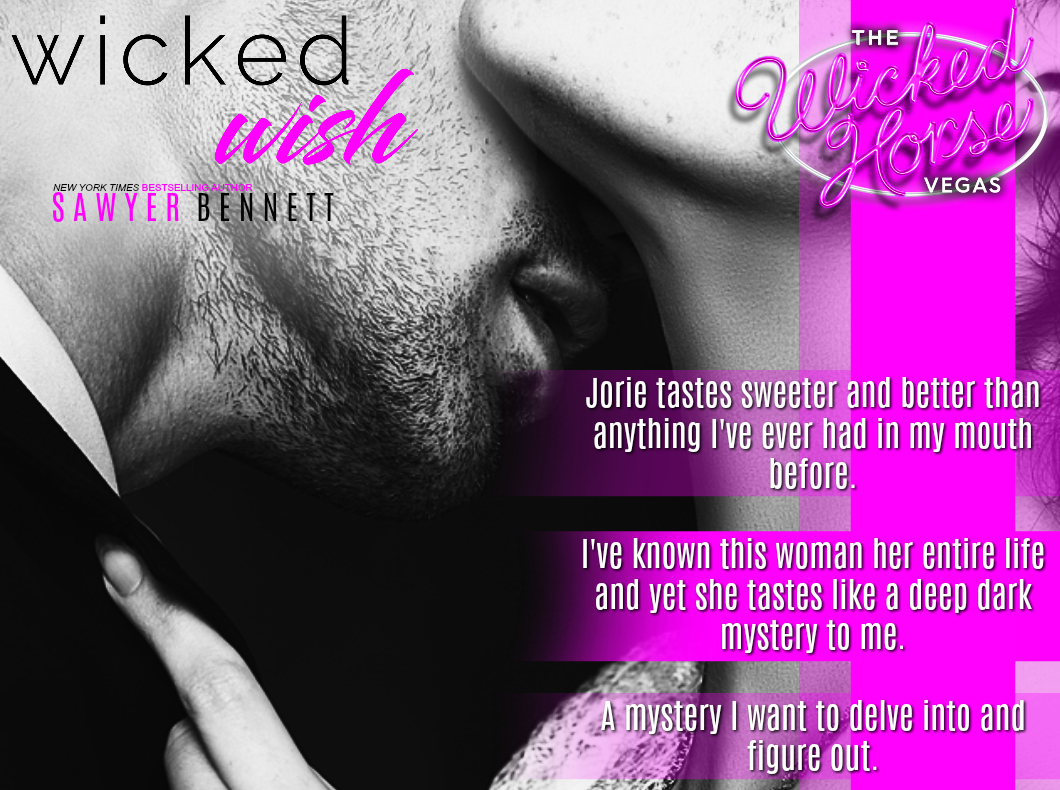 Sawyer likes her Bloody Marys strong, her martinis dirty, and her heroes a combination of the two. When not bringing fictional romance to life, Sawyer is a chauffeur, stylist, chef, maid, and personal assistant to a very active toddler, as well as full-time servant to two adorably naughty dogs. She believes in the good of others, and that a bad day can be cured with a great work-out, cake, or a combination of the two.

♡ Hottie of The Day ♡ Pedro Perestrello 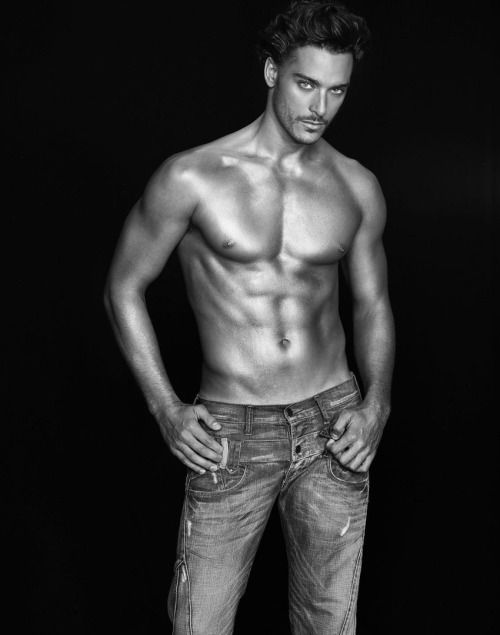