Detective Adrian Potter had a lot to answer for. I didn't care that he was tasked with shutting down the city's most prolific hookers.

I cared that he was stopping me from providing for my daughter.

He didn't care.
Not at all.
Until I broke down in the backseat of his car... And he let me go.

Adrian was a single parent, too.
He knew how hard I had it. At least, he thought he did.
He had a job. He had people who cared. He didn't know just how lucky he was.

My name is Perrie Fox.
I was a whore of the highest value.

Until the tattooed, redemption-seeking detective entered my life, looking for his fairytale.

The cop and the hooker.


You've met one Fox sibling.
Now meet the other...


(LUST is book two of the Vegas Nights series. While it is a standalone, the time frame does overlap with scenes in the previous book, SIN. You can, however, read LUST without reading SIN.) 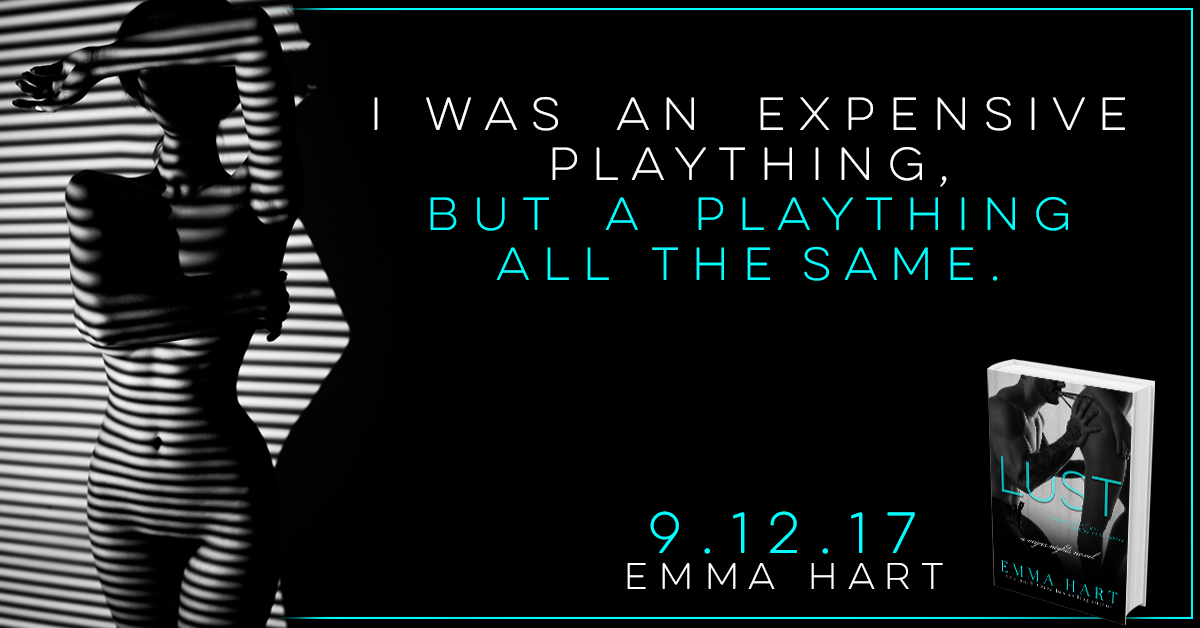 "Tomorrow." She paused. "I have an interview at The Scarlet Letter for a position as a bartender. I have to call my sitter."

"You'd think, right? But no — Dahlia was very clear. I'm not being offered a job, merely an interview. She's savvy and smart, I'll give her that."

I smiled, looking out as Zac cannonballed into the pool.

Perrie rolled her eyes for me. "Zac! No balls, okay?"

Zac looked back at her, wide-eyed.

"Yeah, Zac! No balls! I don't want your balls in this pool!" Lola shouted.

Perrie slapped her hand against her face. "Goddamn it."

I did all I could do — burst out laughing.

"No cannonballs, Zacco!" I reiterated, forcing my laughter under control. He saluted me, and I snorted when he dived underwater. Judging by Lola's shriek, he was going for her ankles.

Not a smart choice after the dinosaurs last night.

Lola screamed at the top of her lungs. "Dinosaurs!"

Zac sputtered with laughter as he broke the surface.

"'Kay, Dad!" He turned to Lola, and apologized loud enough that we could hear it.

Perrie sighed heavily. "Kids give me a headache."

I laughed, leaning right back. The grill was smoking and I'd probably wasted the chance to cook, but fuck it. I'd order in. The kids were having fun and we were talking. Hell, I was learning things about her I never thought I would.

I'd buy fifty pizzas if we could carry on like this. Unraveling the mystery of Perrie Fox was priceless.

"Are you nervous about seeing Damien?" I asked her, looking at her. My eyes skirted her profile, from her button nose to the freckles that dotted it and the lashes that fanned against her skin to the lips that pursed in the perfect pout of her indecision.

"Yes. No. I don't know. He's my brother, but eight years is a long time." She twirled a lock of hair around her finger. "I didn't think I ever would again, so maybe that's the thing I can't accept. That I am going to see him."

"No. I was trying to be sympathetic."

She laughed anyway. "I think the grill is screwed."

"To get my cock inside you again."

She pursed her lips. "At least you're honest."

Damien Fox lived up to his name. Cunning, sly, and dangerous, fifty percent of Vegas' strip clubs were his.

Whatever he wanted, money, attention, women, he got.

And now he wanted to buy my bar, no matter the cost.

I wanted him to go to hell on a first-class ticket.

He played a dirty game, and I followed his rules. I let him think he would win.

Despite our differences, it was clear to see that we were no more than two broken hearts colliding in the darkness.

Closed off, sexy, and holding a pain that would crush a lesser man, he was the ultimate sin.

One I couldn't deny myself, even though I knew better than to trust a fox...


(Sin is book one of the Vegas Nights series. Each book in this series is a standalone novel.)

Gavin Kingsley burst into my life in a sharp and unexpected twist of fate. You know his type — arrogant, dangerously handsome and impossible to ignore.

Something dark within him calls to the shadows inside me. I long for the kind of heart-wrenching passion I've only read about, and his tragic past reads like one of my favorite literary classics. Raw. Visceral. Captivating. Together, we're a perfect mess.

The deeper I fall into his world, the more I crave him like a drug — he pushes every boundary I have, and challenges everything I thought I wanted. I want to unlock his heart. I want his dirty secrets.

But in the end, will he be the blade that cuts me... or the bond that makes my life complete?

"Emma could be the perfect companion, don't you think?" I turned to face his desk, where he still sat.

He rolled his eyes, and I swooped in for the kill. He'd had his chance. I'd given it to him on a silver platter. Which meant that the coast was clear. If he didn't want her...

"So, you don't mind if I take her to the Bennett Foundation gala?" I raised my eyebrows.

Gavin's brow furrowed but his eyes went ice cold, his pause saying far more than his words. "Of course not. Why would I mind?"

Maybe this little push was just what he needed to get his head out of his ass.

His mouth turned down a notch, and I could tell he was thinking. Processing.

For a moment, I didn't think he was going to take the bait. But then, I knew my brother. I'd laid down a challenge, questioned why he was so adamantly against the idea of hiring her, and although he didn't want to open up and share, this topic was far from over. Our calendars were slammed, and we both knew it. His assistant had joked just that morning that it would make her job a hell of a lot easier if we each just found a girlfriend. Gavin had scoffed so hard, I thought he was going to bust an artery.

Gavin heaved out a sharp exhale. "What makes you so interested in her, anyway? I thought they were all a number on a paycheck to you?"

I shrugged. "They are until they're not. You, of all people, should know—"

"Right." I shoved my hands in my pockets. "Shame, though. Seems like there's something... interesting between you two." Briefly, I wondered if they had a history. "Anything you want to tell me?"

"No, but I have a question for you," he snapped back with a lethal smile that didn't reach his narrowed eyes. "What the fuck are you still doing in my office?"

"Trying to find out whether you're going to let me have this one, or if we're going to be fighting for the same prize," I answered honestly.

Gavin looked up from his screen. "Are you high?" His mouth thinned into a firm, chiseled line. "If you want her, take her. I'm not playing with her like she's a chew toy."

"Okay. But that doesn't change the fact that you need a date to the charity auction. A girl like her on your arm? Imagine the business we could do. She's like a walking commercial. And when you're done rubbing elbows with all the fancy people, I'll take her off your hands for a couple of events of my own. Use your head, man, she's perfect. The girl every guy wants to be seen with. Sweet enough to bring home to Mother, hot enough to imagine her on her knees, with that mouth—"

"Got it," Gavin snapped. He stared at a point on the ceiling, then blew out an annoyed sigh. "If I take her to the fucking auction, will you stop, already?"

"I'll tell you right now, though, if this is business, neither of us are sleeping with her."

I bit back a laugh but nodded anyway. If that was what Gavin wanted to tell himself, I wasn't about to stop him. Fact was, though, if she would have either of us, we'd probably get our dicks caught in our zippers in the rush to get our pants off. Telling him that would only make him change his mind, and I'd gotten what I wanted.

If this girl had my big brother this riled up? She was something special. And no matter what he thought of himself, he deserved something special in his life again. If I had to agree to take her out as well just to get him to go along with it, so be it.

It wasn't exactly a hardship, after all.

♡ Hottie of The Day ♡ Matt Waters 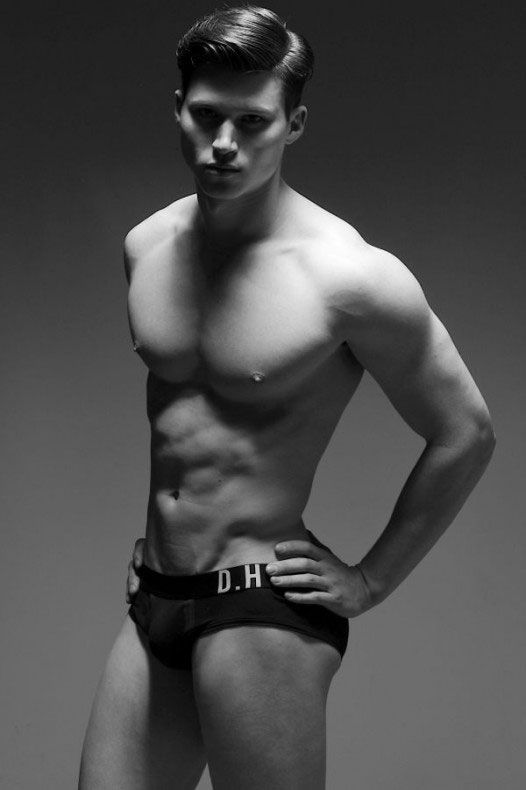