We're just a few days away from the release of THE HEIRESS by Cassia Leo – are you ready to read the first chapter? Read it below!

The Heiress
by
Cassia Leo


How much is love worth?

Twenty-two-year-old Kristin and her single mom have always struggled to make ends meet. When her mother's body begins to deteriorate after many backbreaking years of working as a housekeeper, Kristin must say farewell to her college dreams and hello to a full-time job waitressing. She doesn't really mind. After all, giving up on her dreams will be her penance for that one horrible night.

Her luck begins to turn when she meets Daniel Meyers. Daniel is sexy and funny, but most importantly, he wants to get to know the real Kristin. It doesn't hurt that he's also extremely wealthy and intent on protecting her. Kristin feels safe with him. She wants to open up to him, to share the details of the awful night that changed her life. But she can't shake the feeling that Daniel may be keeping a dark secret of his own... 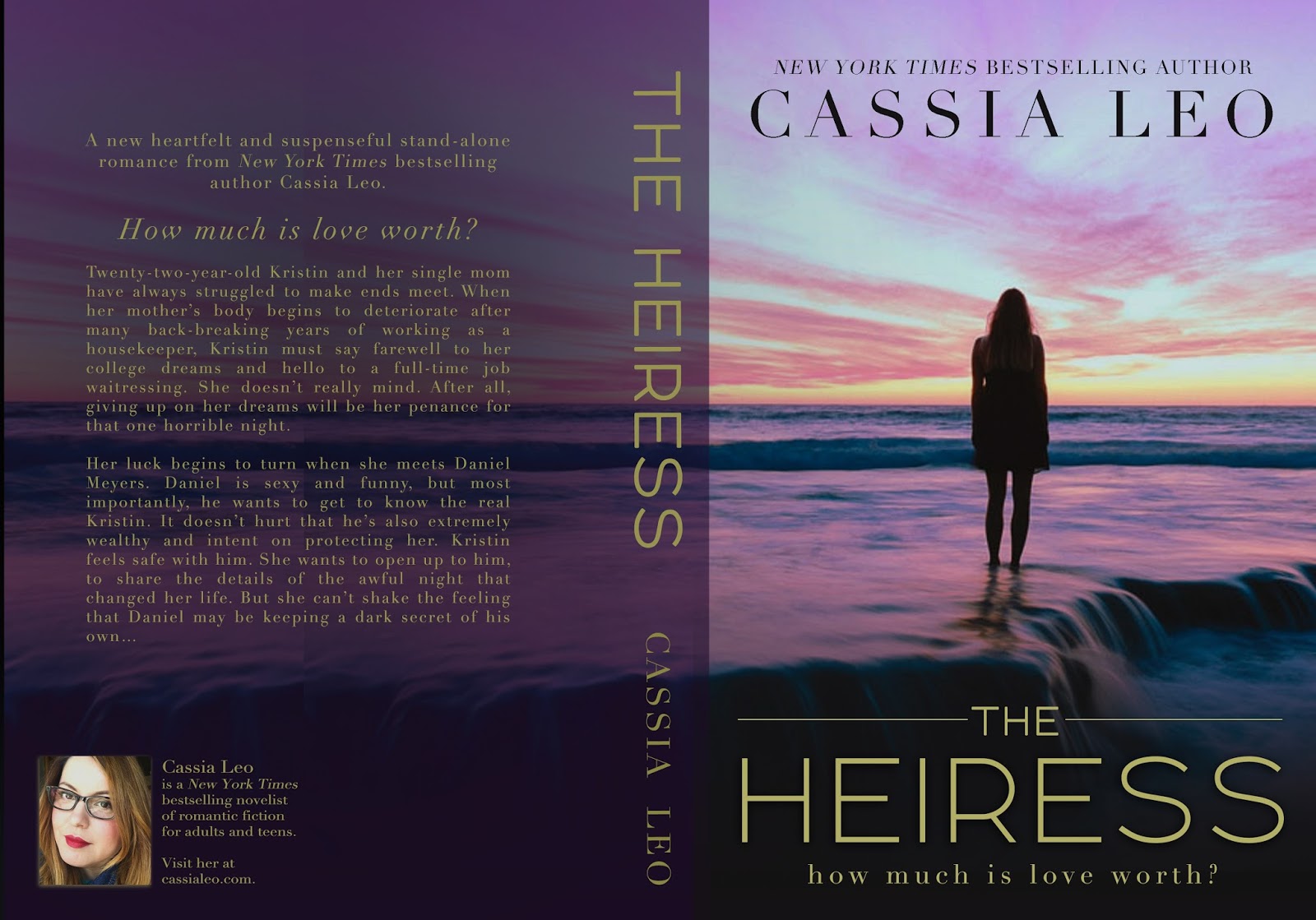 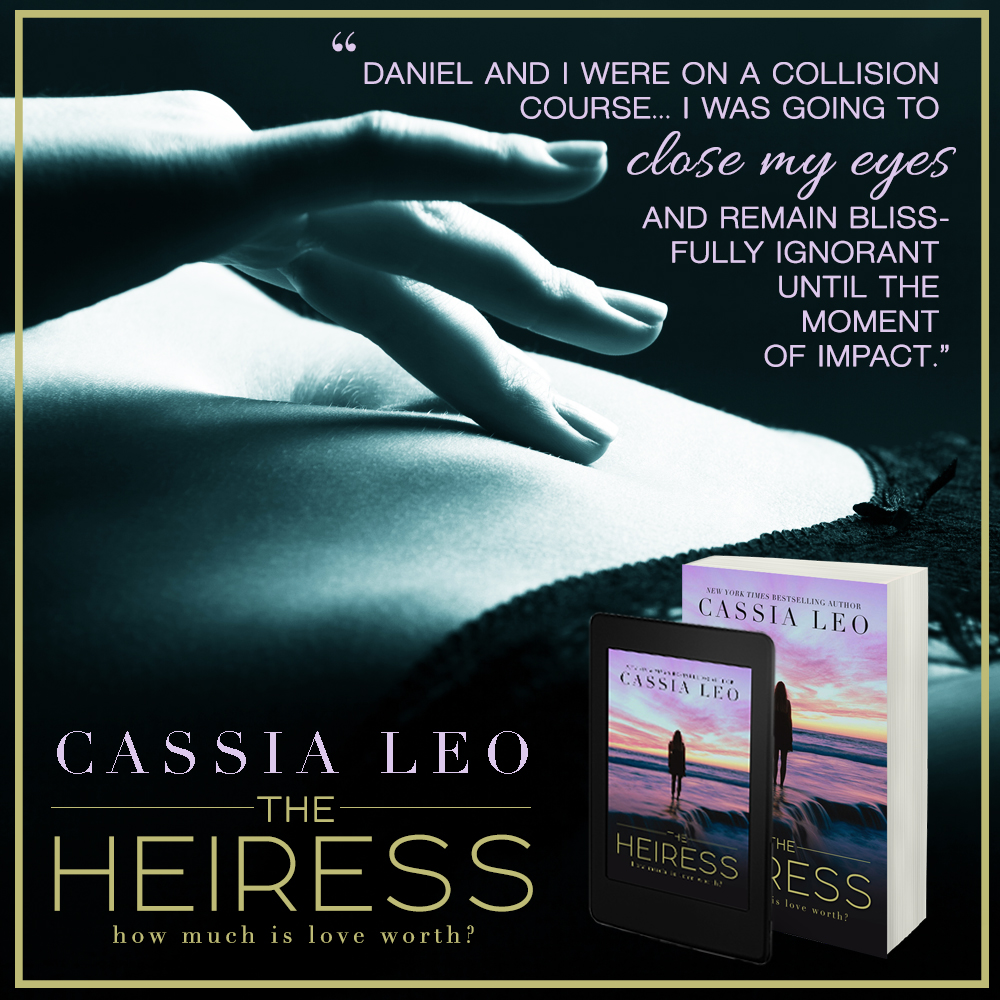 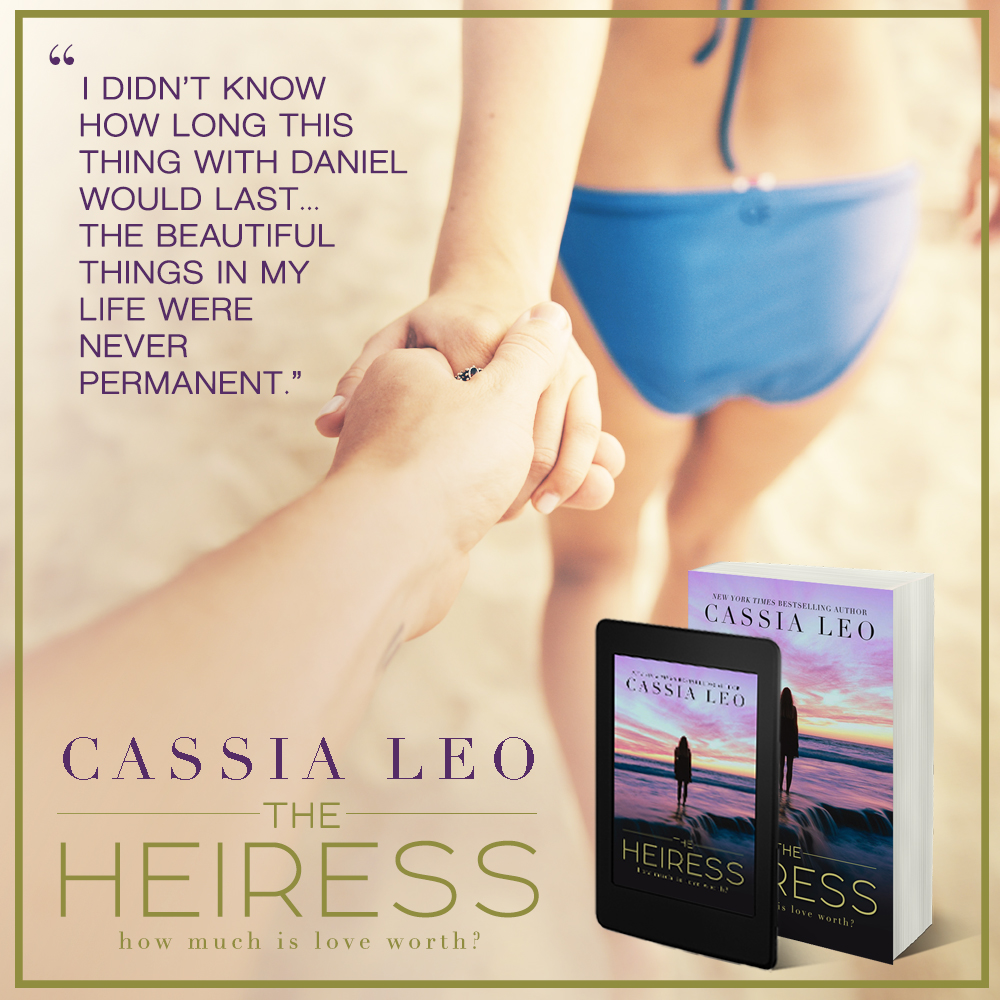 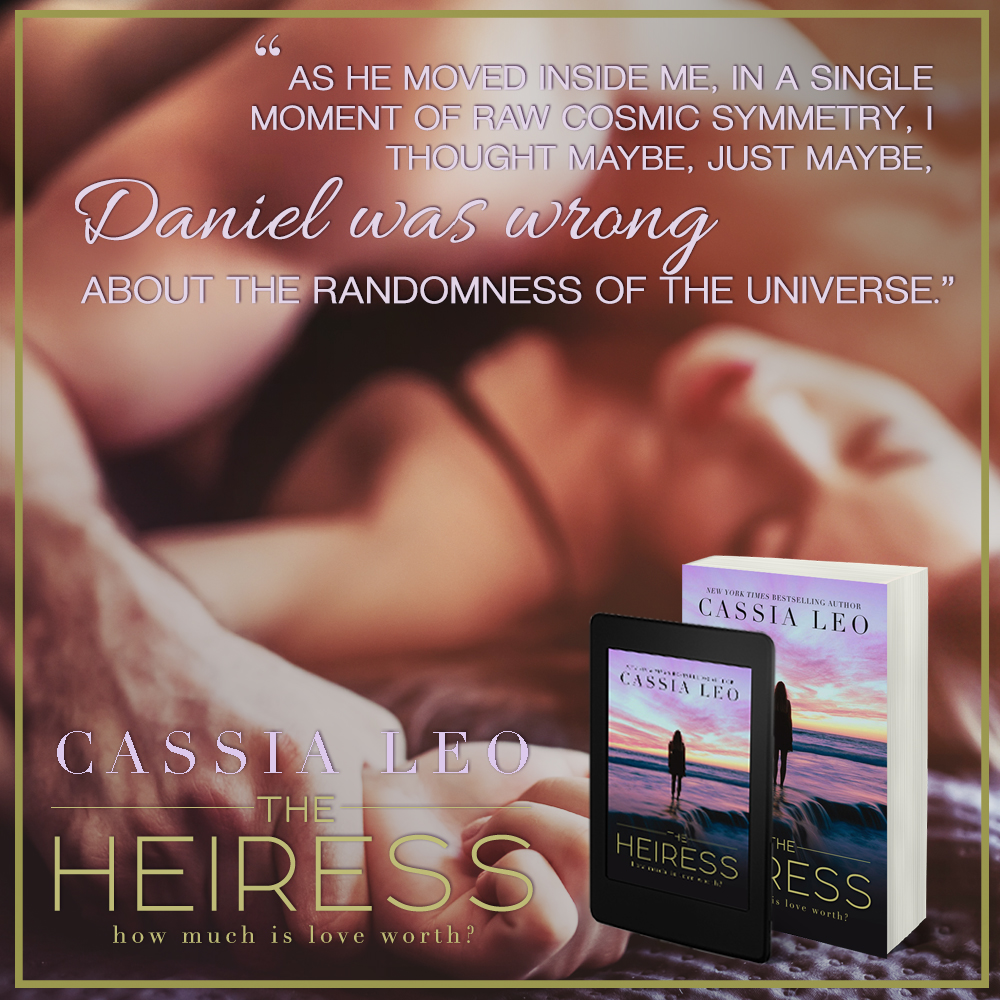 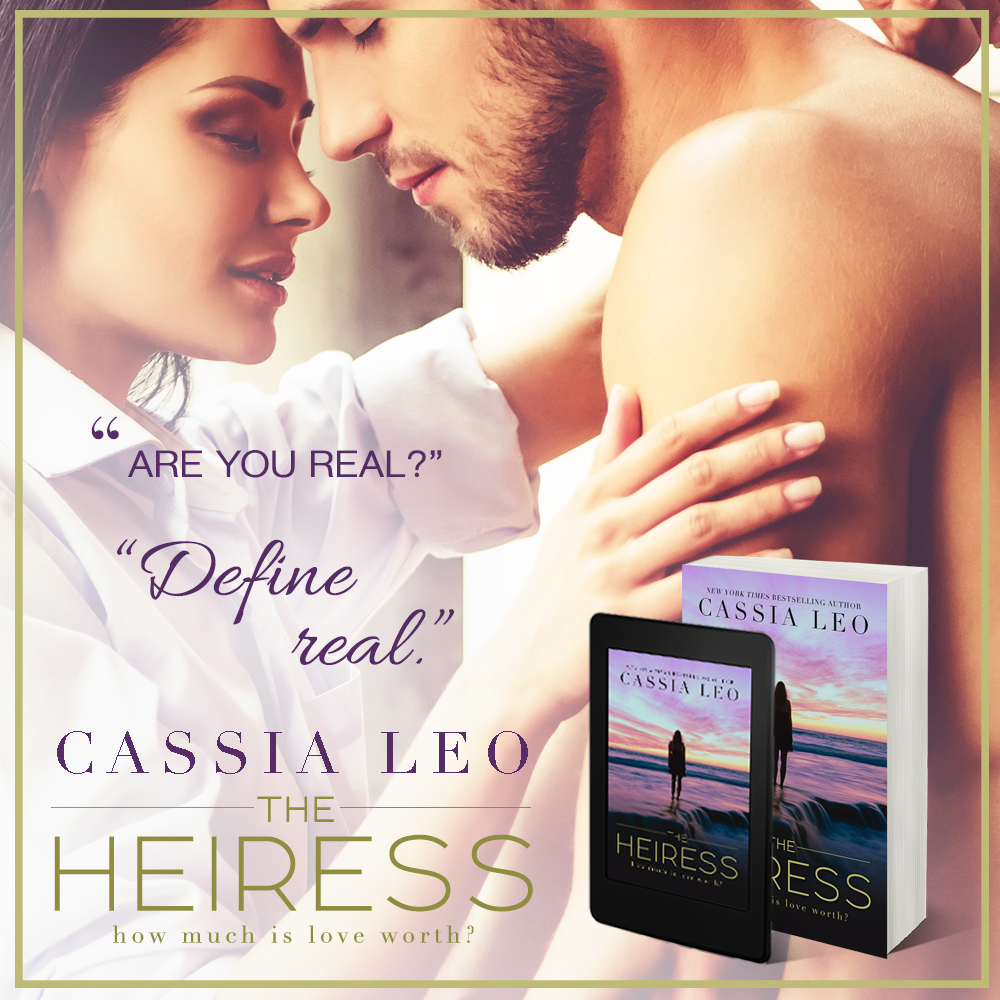 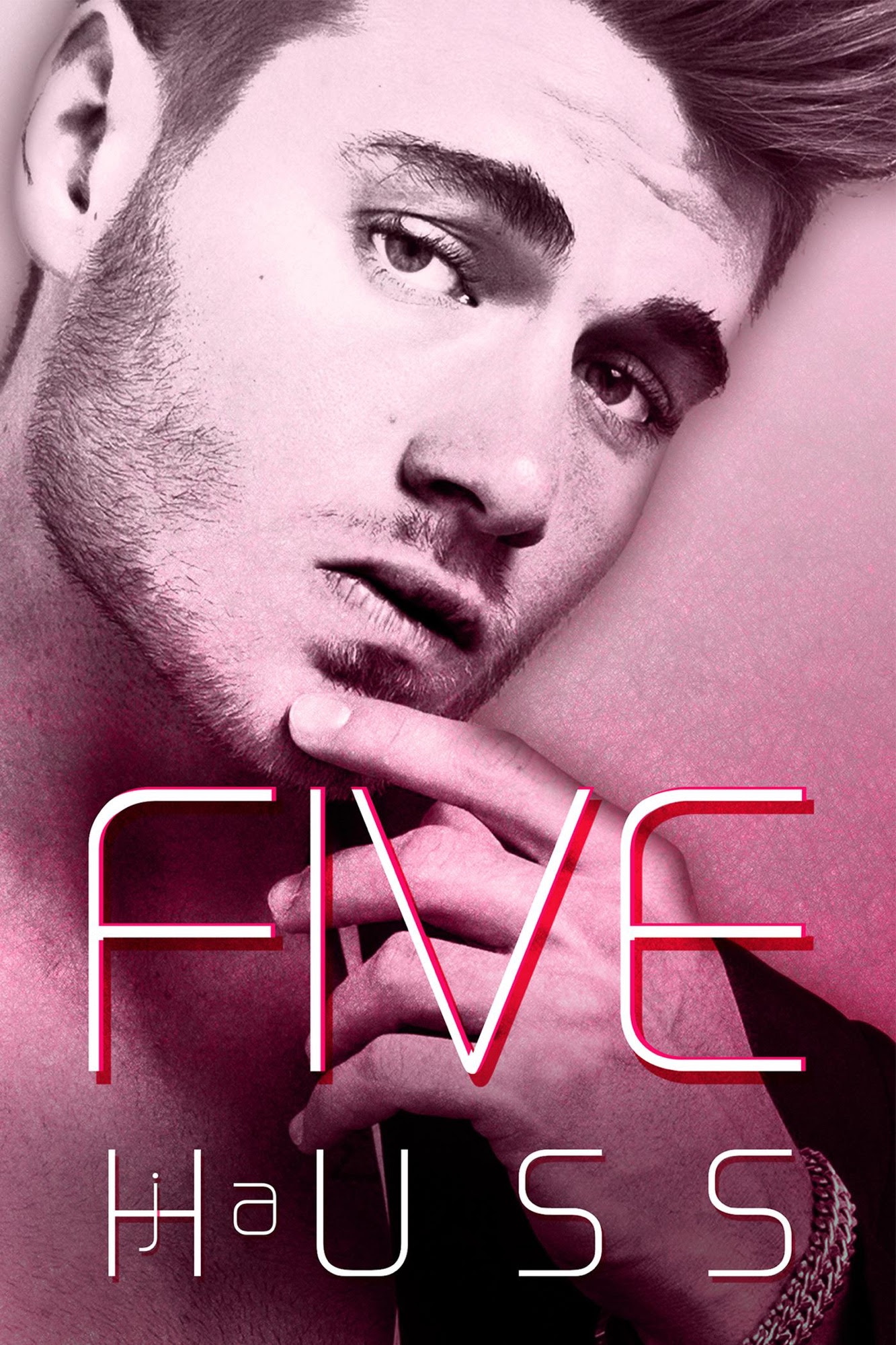 Fifty million books ago I promised you a love story about Five and his Princess.
This is their story.

Five Aston has known Rory Shrike for as long as he can remember. He played with her in the sandbox. He went to every damn horse show just to be supportive. He helped her with her French, walked her home from school, and faked his test scores just to stay with her a little longer and not be sent off to college early.
But eventually he had to move on.
And so did she.
Never has a second chance meant so much to a boy who loves a girl.


A standalone book that is also a spin-off of the Rook & Ronin Series and prequel to the Mister Series. You can read it first, you can read it last. It doesn't really matter because it's f*cking Five.

"Mmmhmm," I say, closing my eyes as I picture it. God, I've dreamed of this moment for ages. "I really need one, Five."

His mouth touches my earlobe. Lips caress the soft skin of my neck. "Like this?" he asks.

"Do you want more, Princess?" he asks, his voice low now. Growly. Filled with so much promise.

"More, please," I say, in my sweetest princess voice.

"Then promise me, baby. Just say those two words. 'I promise'. And as soon as you do that, I'll give you everything you want. OK?"

His hands come up suddenly. He cups my face, stares into my eyes with the most sincere expression I've ever seen on him. And underneath that sincerity, I see... fear. "Promise me."

"Five," I say, unable to stop staring back. This is everything. Everything I've always dreamed of. Five pressing me up against a wall. Me, the only thing on his mind. Except I'm not the only thing on his mind, am I? No. Those creeps from the past are back. That's why he's here. And even though I'd normally not give in so easy, I know this is not a game. So I say, "I promise. Now stop talking, you stupid genius, and kiss me already."

He smiles. Leans in. I close my eyes, ready for it. Finally gonna get what I want.

But then he moves his mouth to my ear and nibbles on my lobe. "Good girl," he coos. "But I'm not sure I believe you, Princess. I can feel those wheels turning inside your head. They're grinding hard." He presses his hard cock against my hip when he says that last part. "So I'm gonna hold off on that kiss until I get back tonight. And if you've been good, and if you've held up your end of the—"

"What?" I say, pushing him back. "You will do no such thing, Five Aston! I want a fucking kiss and I want one right now! I've waited six years for this, and denying me is practically emotional abuse. Now stop fucking around and kiss me, goddammit!"

He smiles. It's a big, genuine, I’m-gonna-teach-you-who's-boss smile. "Wrong answer." 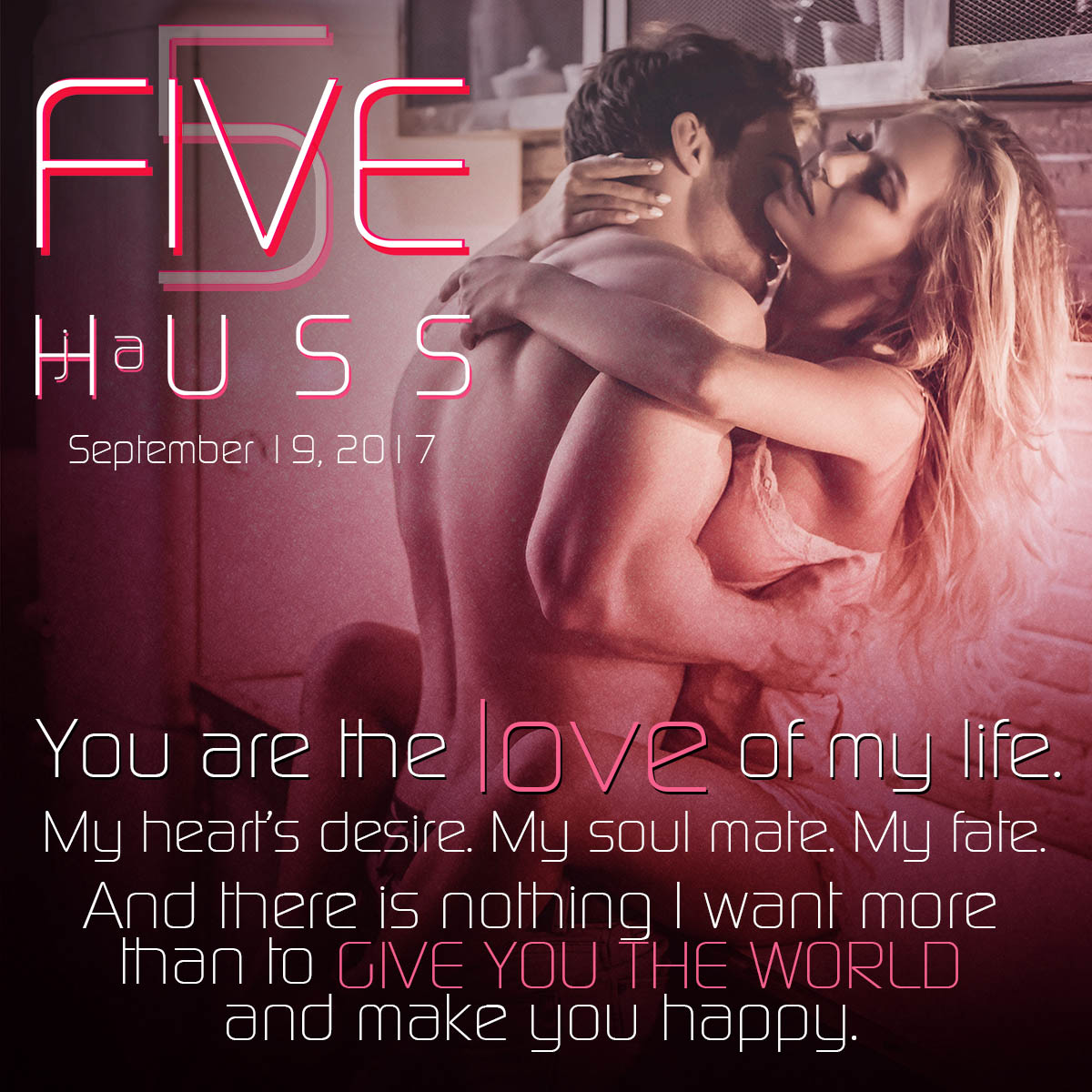 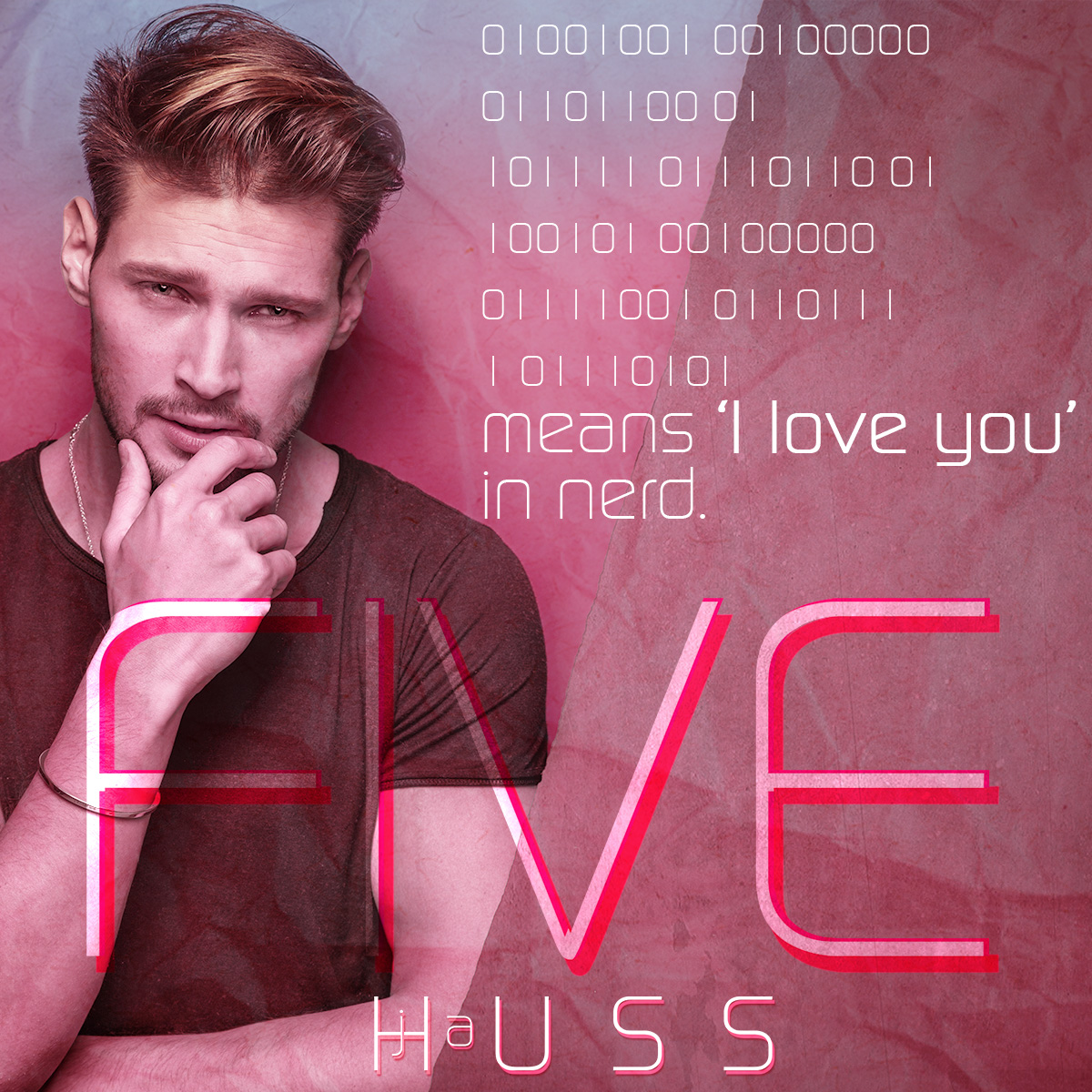 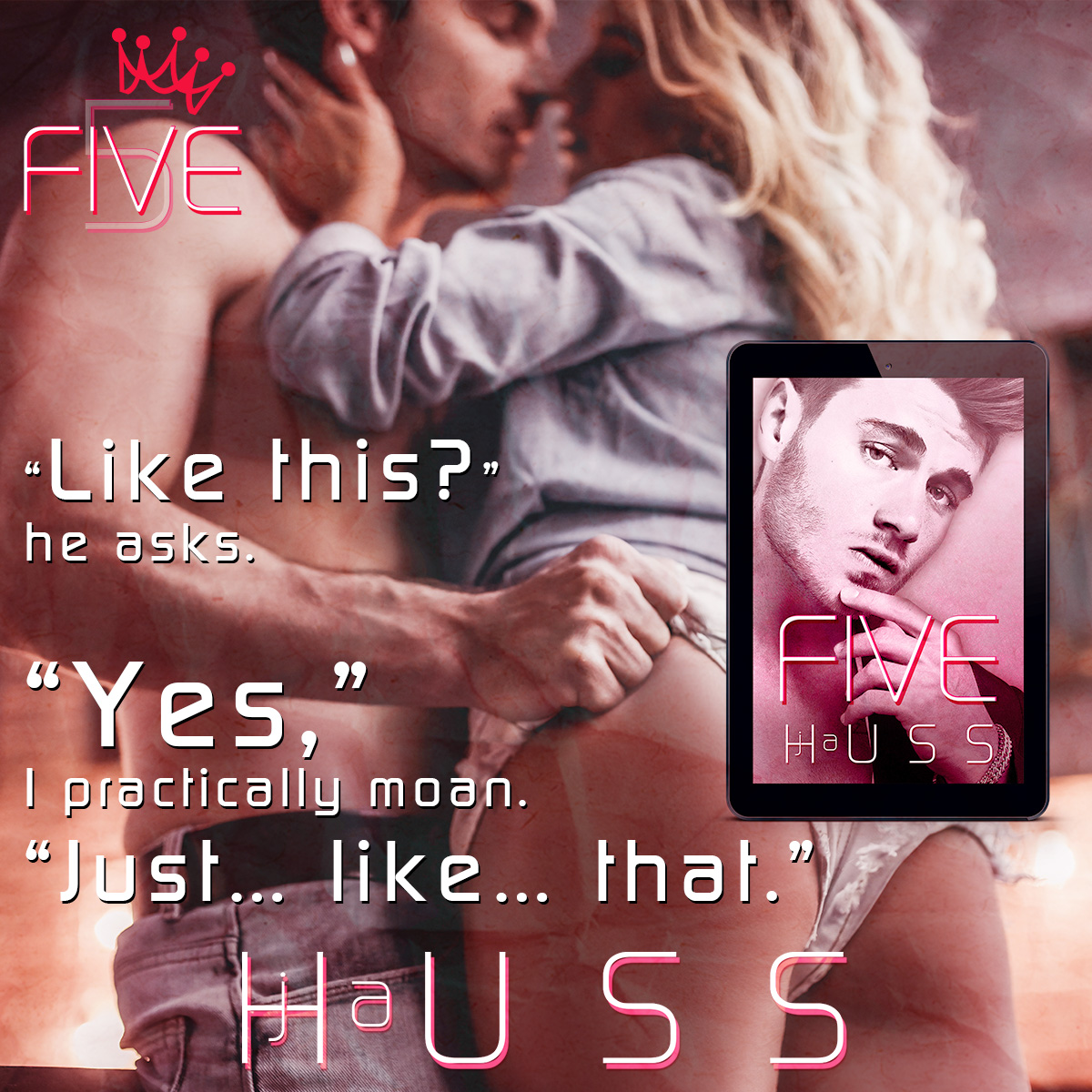 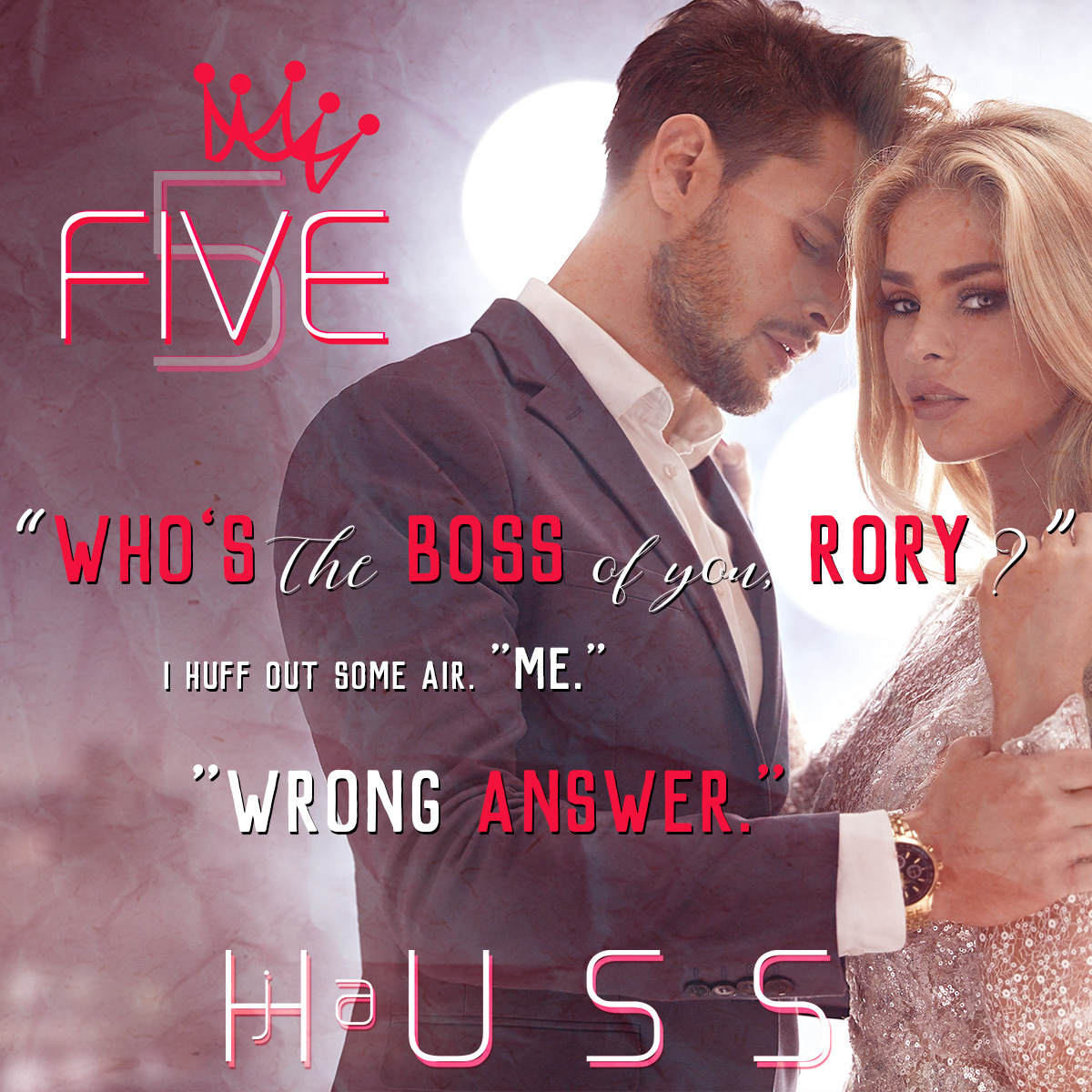 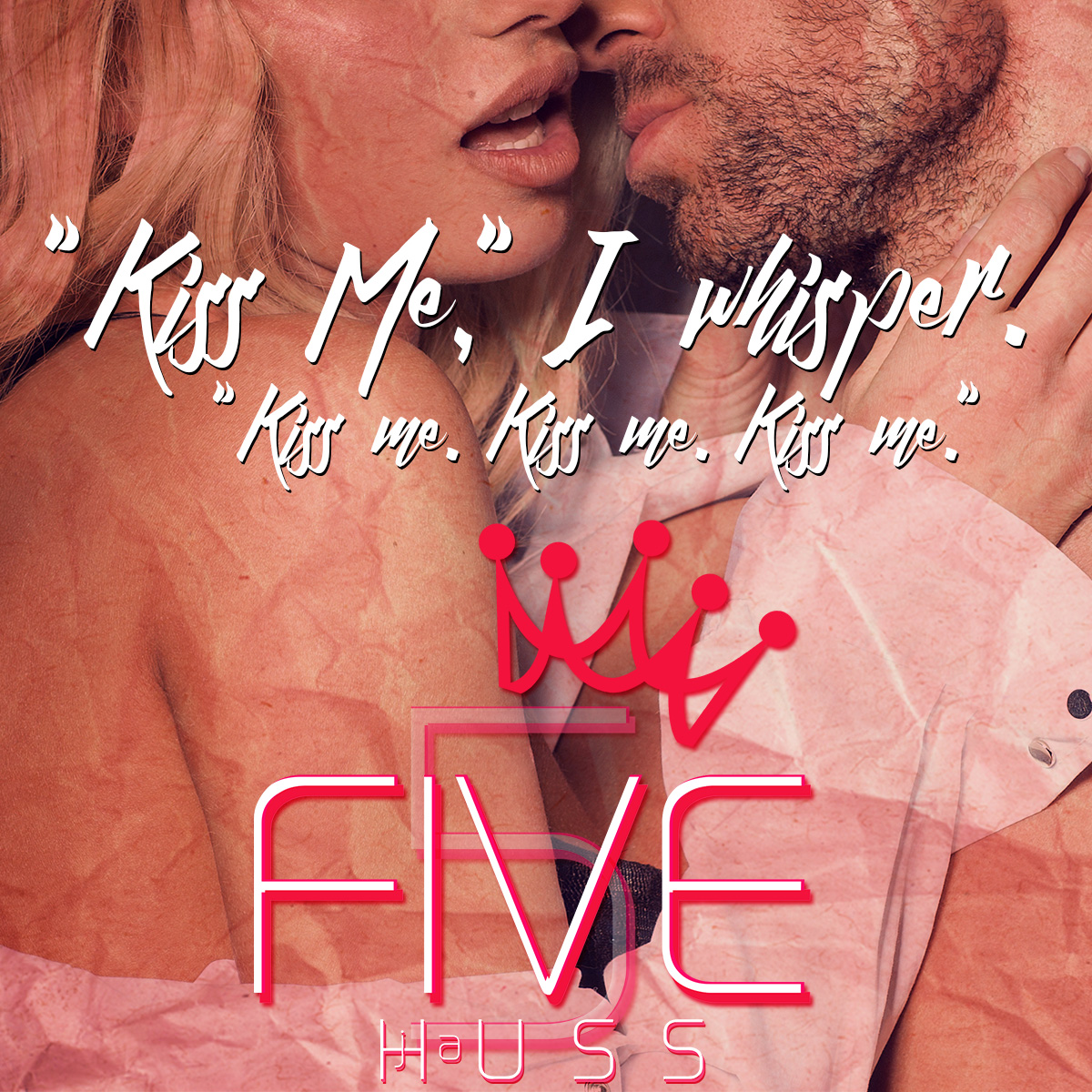 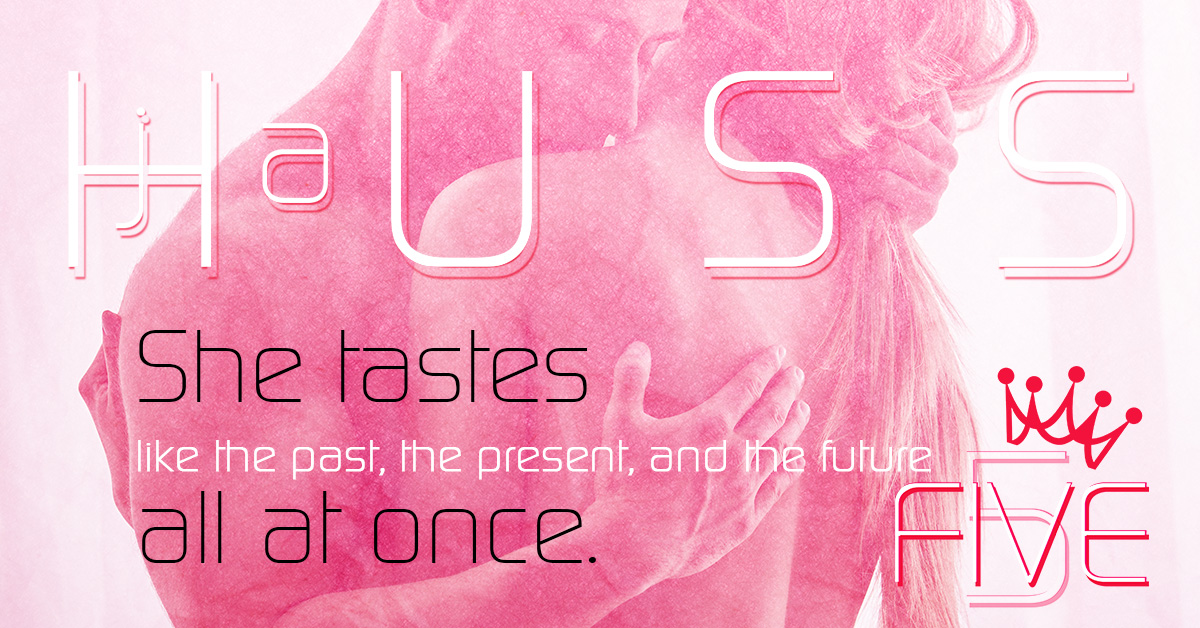 JA Huss is the USA Today bestselling author of more than twenty romances. She likes stories about family, loyalty, and extraordinary characters who struggle with basic human emotions while dealing with bigger than life problems. JA loves writing heroes who make you swoon, heroines who makes you jealous, and the perfect Happily Ever After ending.

If you're interested in getting your hands on an advanced release copy of her upcoming books, sneak peek teasers, or information on her upcoming personal appearances, you can join her newsletter list and get those details delivered right to your inbox.

♡ Hottie of The Day ♡ Victor Ross 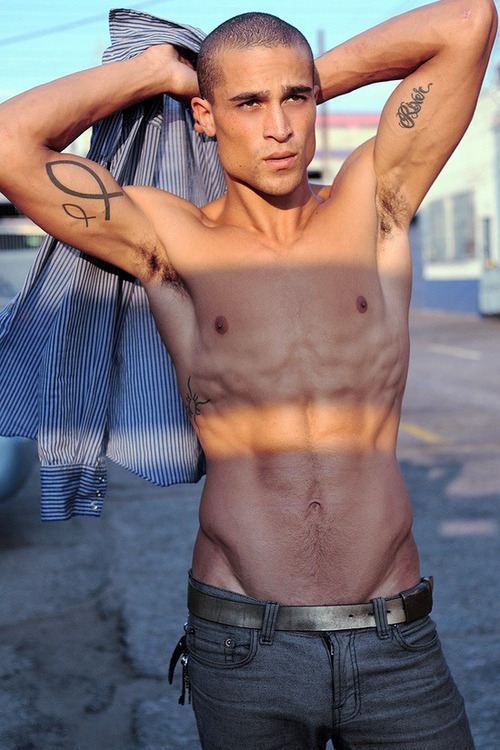