An enemies-to-lovers romance from USA Today bestselling author Siobhan Davis. Standalone with an HEA and no cliff-hanger.

I'm in love with my best friend's girl.

Faye will never be mine, but try telling that to my stupid heart.

An endless rotation of girls streams in and out of my bedroom in a desperate attempt to forget her, but nothing eases the horrid ache in my chest. Rejection isn't anything new for me, but it hasn't gotten any easier.

Until she reappears in my life. Like an out-of-control tornado. Storming in, all fierce and angry, ready to steamroll everything in her path. Rachel is trouble with a capital T bundled in a gorgeous, sexy, Irish package.

She pushes all the wrong buttons, and I can't decide if I want to yell at her or kiss her.

I should steer clear.

But I've never been very good at taking my own advice. Especially when it comes to girls I can't have and shouldn't want.

I need to escape.

To put as much distance between me and that monster so I can start living my life.

Yet, even the vast Atlantic Ocean isn't enough to sever the connection. To allow me to forget how he's ruined me. His hold is more than just physical. He has a vise-grip on my head and my heart, and I can't breathe, can't think, can't function.

So, I do everything to blot it out.

Until he reappears in my life.

Brad McConaughey. So hot. So infuriating. So in love with my best friend.

Every word out of Brad's mouth makes me want to throat punch him or kick him in the nuts.

But he makes me feel, and I hate him for it. A part of me might actually love him for it.

I should keep my distance, but like destructive magnets, we are drawn together.

This isn't going to end well.

But we're powerless to resist.

Brad is in love with his best friend's girlfriend, Faye. And everyone knows it. To deal with it, Brad turns to school, football, booze and sex. But everything changes when Rachel, Faye's best friend, moves to the USA. Will Rachel be the one to save Brad?
Rachel finally has a chance to change her life and takes it. She moves from Ireland to the USA to begin a new chapter in her life. What she didn't expect were the feelings Brad brings to surface.

I loved Saving Brad! I fell in love with Brad in Finding Kyler and I wanted his HEA so bad. Brad and Rachel's story is full of drama, angst, mystery, and sexy scenes. It hooked me from the first page and I couldn't put my Kindle down.

Brad is a hot mess. On the surface, he's a cocky football player, a playboy, a jerk. But deep down he's a sweet and caring guy. He's been through a lot and now not only has to deal with his family problems but also his feelings for Faye and Rachel.
Rachel is a fiery and sassy young woman. She has been through hell and now just wants a fresh start. She wants to focus on school and her friends, but the demons of her pastkeep her looking over her shoulder and her feelings for Brad make her very confused.

Siobhan Davis gives us another amazing book, with awesome characters and a captivating story. Saving Brad is the perfect addition to The Kennedy Brothers series and can be read as a standalone, although I advise to read the whole series, it is amazing!
I can't wait for the rest of the Kennedy clan stories! 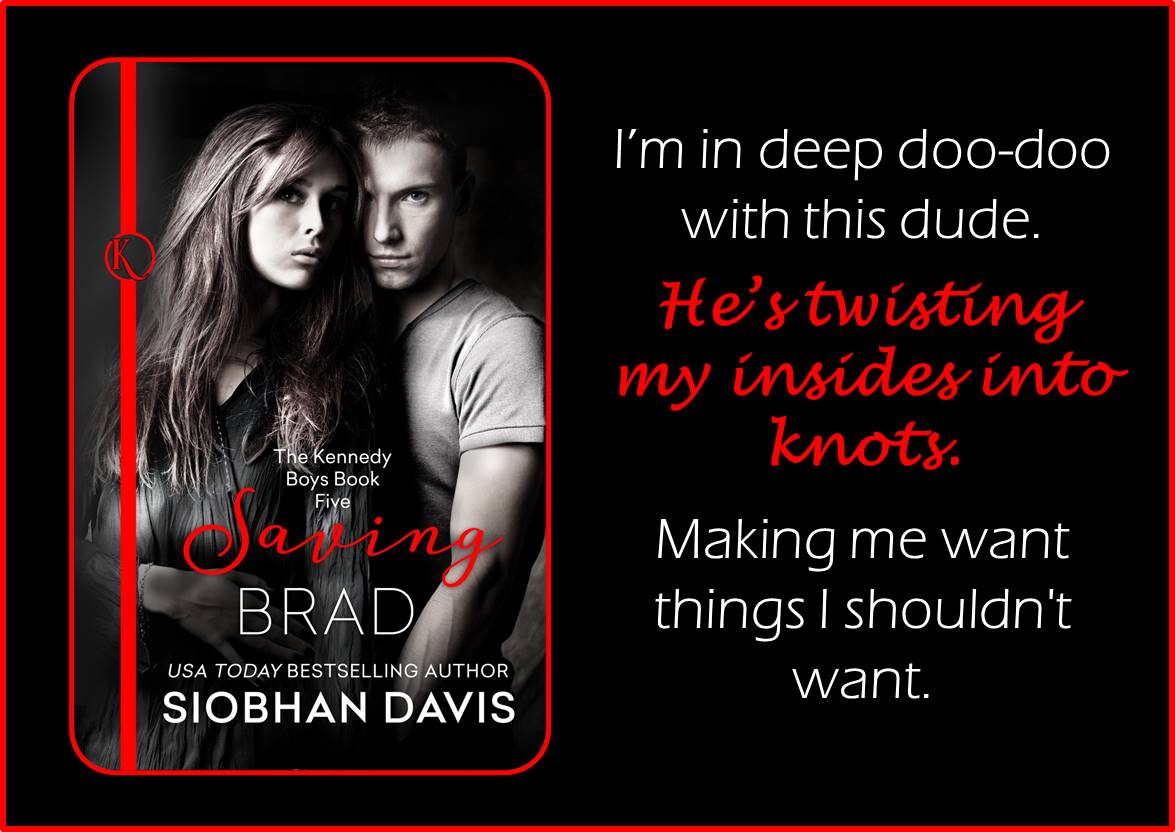 Two fractured hearts and a forbidden love they can't deny.

You shouldn't want what you can't have...

Faye Donovan has lost everything. After her parent's tragic death, she's whisked away from her home in Ireland when an unknown uncle surfaces as her new guardian.

Dropped smack-dab into the All-American dream, Faye should feel grateful. Except living with her wealthy uncle, his fashion-empire-owning wife, and their seven screwed-up sons is quickly turning into a nightmare — especially when certain inappropriate feelings arise.

Kyler Kennedy makes her head hurt and her heart race, but he's her cousin.

And he's not exactly welcoming — Kyler is ignorant, moody, and downright cruel — but Faye sees behind the mask he wears, recognizing a kindred spirit.

Kyler has sworn off girls, yet Faye gets under his skin. The more he pushes her away, the more he's drawn to her, but acting on those feelings risks a crap-ton of prejudice, and any whiff of scandal could damage the precious Kennedy brand.

But when everyone has something to hide, a secret is a very dangerous thing.

Condemned to repeat the sins of the past...

Faye thought losing her parents was the most devastating thing to happen to her, but she was wrong. Her uncle's scandalous revelation has sent her into a tailspin, leaving her questioning her entire existence.

Everything she believed is built on a lie.

And the one person she shares a passionate, soul-deep connection with can't be there for her.

Faye and Ky can't be together. It's forbidden. Though they are determined to avoid replicating their parents' mistakes, caving to their feelings is as tempting as the apple in the Garden of Eden.

Ky had sworn off girls until Faye bulldozed her way into his life. Now, she's his whole world, and their forced separation is crushing him. Once his manipulative ex resurfaces — hellbent on ruining the Kennedys — he'll do whatever it takes to protect his loved ones including turning his back on the one person he can't live without.

Then tragedy strikes and all bets are off.

But is it too late?

When Faye needs him and he isn't there for her, guilt and hurt threaten to obliterate their love. As they start to rebuild their fractured hearts, another sordid family secret is uncovered, and Faye worries Ky may be lost to her forever.

But can you truly lose someone if they don't want to be found?

Nothing or no one will keep them apart...

Kyler Kennedy is in the wind.

Shocked and upset, he has taken off on a solo mission — to track down his mom's ex and demand answers.

Faye understands what it's like to have your world turned upside down. Determined to support her boyfriend, she gives chase. Yet nothing could prepare her for the ugly truth. Ky has always been plagued with inner demons, and as he falls apart, Faye finally discovers what he's been hiding from her — from everyone.

When serious accusations arise, Kyler's future hangs in the balance. But Kennedys stick together in times of crisis, and they rally around him now.

At least there is nothing to prevent Faye and Ky from being together. They go public with their relationship, but not everyone is thrilled for them. Enemies reappear, and fresh battle lines are drawn, but Faye is ready to fight back.

No one is taking her new family from her.

Especially not a manipulative ex.

With time running out for Kyler, Faye takes matters into her own hands.

But when you play with fire, you risk getting burned.

A second-chance romance from USA Today bestseller Siobhan Davis. Standalone with HEA and no cliffhanger.

I knew it would end in disaster, but I didn't listen to reason. I didn't care. Because I loved him so much.

Until he destroyed it.

Shattered it so completely that I became someone else. Someone I loathed. Someone who repeatedly lied to her loved ones.

From him. From myself. Desperate to hide my new reality.

But I could only run so far.

When he reappears in my life, I'm terrified. Unbelievably scared of facing the consequences of my actions.

Never mind that I still love him and want him so badly — there's too much at stake now.

How can I trust him with the biggest secret of all when he's likely to rip my world apart again?

Lana was always far too good for me. Everyone knew it but her.

I tried to stay away, but I was weak.

And I hurt her.

Crushed her until she barely resembled herself. Forced her to follow a path she would never have willingly chosen.

And then she was gone.

And my world has never felt as empty, as lonely.

She begged me to stay away. Not to find her. To forget she ever existed.

But that's like asking me to slice my heart in two and toss half aside.

I've never believed in fate, but when I rock up to the University of Florida, I'm ready to eat my words.

Because she's here. Like I hoped she would be. And I'm determined to prove I deserve a second chance.

Siobhan Davis writes emotionally intense young adult fiction with swoon-worthy romance, complex characters, and tons of unexpected plot twists and turns that will have you flipping the pages beyond bedtime! She is the author of the Amazon bestselling True Calling and Saven series.

Siobhan's family will tell you she's a little bit obsessive when it comes to reading and writing, and they aren't wrong. She can rarely be found without her trusty Kindle, a paperback book, or her laptop somewhere close at hand.

♡ Hottie of The Day ♡ Lance Parker 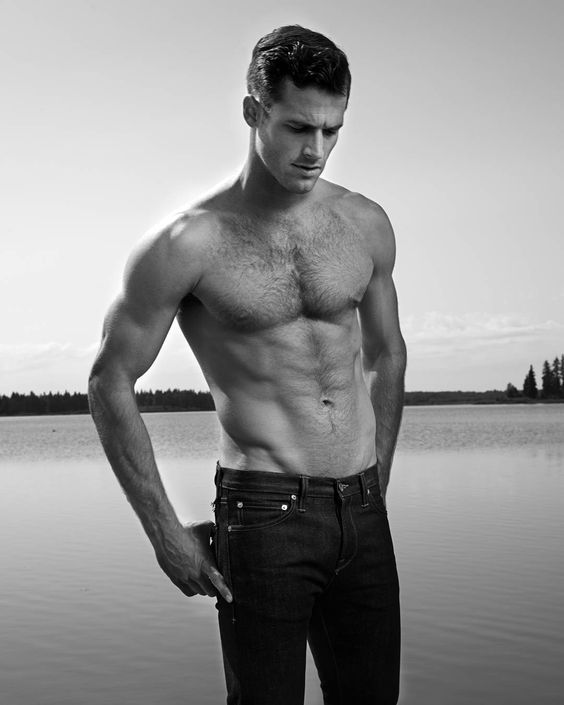