Today we are celebrating the release of ALPHA MAIL by Brenda Rothert.

This book is a contemporary romance, standalone title.

Check out the purchase links for Amazon, iBooks, and B&N below and some teasers from the book.


Use the hashtag #AlphaMail and tell us a dating horror story! A few random winners will get a surprise from Brenda Rothert!

Sienna Mills knows her alpha males.
They brood.
They growl.
They love the word "mine".
After spending her early twenties in and out of relationships with alphas, Sienna used her knowledge to found Alpha Mail, a booming business that allows women to sign up for emails, letters, and texts from their own brooding, red-blooded man.
Her star is on the rise and Sienna is attracting the interest of investors when a mysterious man starts messaging her about the true nature of an alpha. She's got it all wrong, he says, and he's willing to show her how a real man makes women respond.
The more Sienna hears from him, the more aggravated she becomes. Who does this anonymous, supposed alpha think he is, anyway?
And yet... she can't deny his messages are becoming the best part of her days. Commitment-phobic Sienna finds herself wanting more from her sensei of seduction. But is she willing to trust her heart to an alpha again?

Carmen bends down to inspect a pile of zucchini, sniffing it when she's just a couple inches above it.

"Does it smell right for your recipe?" I arch my brows with amusement.

"Maybe." She frowns at the stack of vegetables, considering.

We're on our weekly Saturday morning visit to the local farmer's market, where Carmen creates recipes in her head upon seeing the organic vegetables, homemade pasta and exotic seasonings on display.

"With the right meat..." Carmen mumbles, cupping her chin as she considers.

Jack gives me a frantic look as strawberry ice cream trails down the sides of his giant waffle cone, melting despite his efforts to eat it fast.

"Emergency lick!" he cries, passing me the cone.

I grab it, ignoring the stickiness as I wrap my hand around it and lick away the meltiest parts.

"I feel like I should be the one thanking you." I rub my hand on my jeans in an effort to wipe away some of the stickiness, to no avail. "That's really good ice cream."

Carmen decides to pass on the zucchini and we move on to the next booth.

"So, if you were trying to describe me, what would you say?" I ask her.

She gives me a confused glance. "To describe you?"

I cut her off. "Not like that. But thanks, those are all very nice things to say. I guess what I mean is, who do you think I am, deep down?"

She considers. "I think that, deep down, you aren't as cynical as you let on. You're deeply loyal. You value yourself based on professional accomplishments."

"Mostly. Sometimes I think you forget there's a woman inside you who gets scared and hopeful and moody just like the rest of us. You try to be 'on' all the time and never show any weakness."

I knit my brows together and think about her words. My instinct is to rebut them, but I force myself not to. Carmen knows me better than anyone. Maybe there's some truth to what she's saying.

"Why do you ask?" Carmen turns to me, a green pepper in hand.

Carmen squeezes the pepper in several places, then gives it a quizzical look.

"Oh my God, just buy the damn thing." I shake my head. "You fondled it already, might as well make an honest pepper out of it."

She laughs as I pass a couple bucks to the guy running the stand. "Squeezing produce is as close as I get to..." She glances at Jack. "...you know... these days."

Carmen gives me a side-eye as we walk to the next booth. She doesn«t even notice the college-age guy checking her out as he walks past us. "But...? I know there's more to that statement."

I shrug. "But lately, I guess I've realized I do care some."

"What made you realize that?"

"What are you, my therapist?"

"Obviously. I have been for almost a decade now. And you're mine."

I smile. "I guess just all the men who have been in and out of the office lately."

"As opposed to every other day, when the office is already full of hot men? There has to be one in particular, Sienna. Don't make me drag it out of you."

♡ Hottie of The Day ♡ Simone Curto 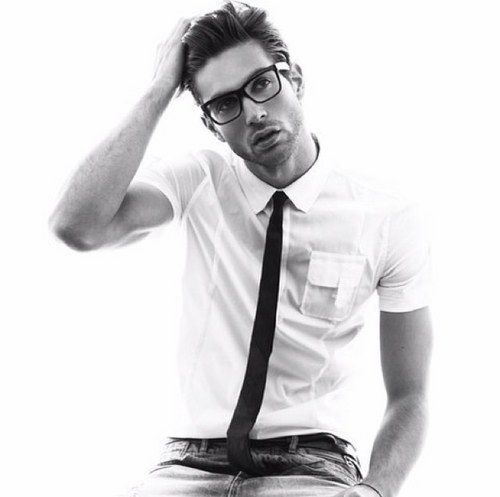