I'm his entertainment. His toy. Payment on a debt.
I tell myself I hate him, but every time he walks into the room, my body betrays me. How can I want him and fear him in the same moment?
They told me he'd mess with my head. Make it go to war with my body.
But I didn't realize it would be complete anarchy.
I should've known better. When Mount's involved, there are no rules.
I will not surrender. I will not show weakness. I'll stand my ground and make it out of this bargain with my heart and soul intact.
But he has other plans...

Defiant Queen is the second book of the Mount Trilogy. Mount and Keira's story concludes in Sinful Empire. 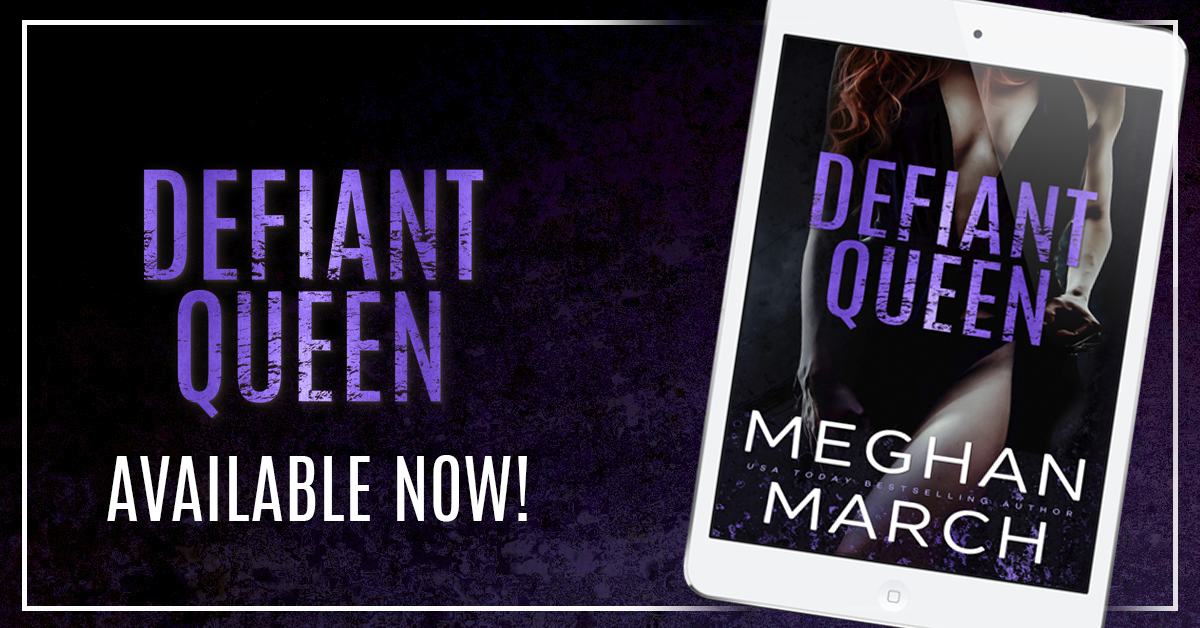 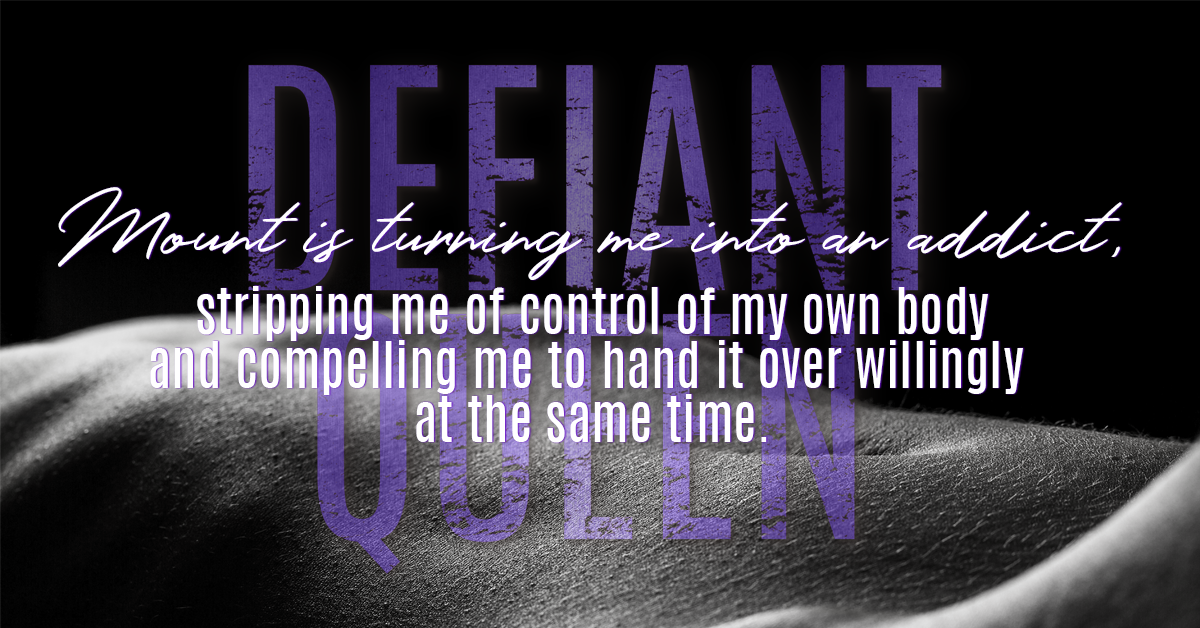 Get ready for the darker and dirtier side of New Orleans with a brand new alpha romance from USA Today bestselling author Meghan March.

New Orleans belongs to me.
You don't know my name, but I control everything you see — and all the things you don't.
My reach knows no bounds, and my demands are always met.
I didn't need to loan money to a failing family distillery, but it amuses me to have them in my debt.
To have her in my debt.
She doesn't know she caught my attention.
She should've been more careful.
I'm going to own her. Consume her. Maybe even keep her.
It's time to collect what I'm owed.
Keira Kilgore, you're now the property of Lachlan Mount.

Ruthless King is book one of the Mount Trilogy

I'm his entertainment. His toy. Payment on a debt.
I tell myself I hate him, but every time he walks into the room, my body betrays me. How can I want him and fear him in the same moment?
They told me he'd mess with my head. Make it go to war with my body.
But I didn't realize it would be complete anarchy.
I should've known better. When Mount's involved, there are no rules.
I will not surrender. I will not show weakness. I'll stand my ground and make it out of this bargain with my heart and soul intact.
But he has other plans...

Defiant Queen is the second book of the Mount Trilogy. Mount and Keira's story concludes in Sinful Empire.

What's mine, I keep, and that includes Keira Kilgore.
It's no longer enough to have her in my debt. No longer enough to own her body.
I want something more.
She can try to resist, but I'll never give her up.
Nothing will keep us apart.
Not her. Not my enemies. No one.
Her debt will only be paid one way — with her heart.

Sinful Empire is the third and final book in the Mount Trilogy.

♡ Song of The Week ♡ Perfect by Ed Sheeran

I might be a typical guy, but these last few years, my love life's been anything but. From crazy ex-girlfriends to one night stands who are stage-five clingers, my relationships go bad faster than the milk in your fridge. The only constant has been my best friend Maggie.

Fresh off a bad breakup of her own, I invite Maggie to my guy's skiing weekend knowing she needs an escape from reality. But then something funny starts to happen. I start noticing things about her that I never noticed before.

She's beautiful and doesn't know it, she's funny without even trying, and now she's suddenly single for the first time in forever.

Sharing a hotel room with her proves to be the tipping point in our very platonic friendship. Suddenly I want to put my hands, my mouth, and my... other parts... all over her gorgeous body. I want to claim her, make sure no man touches her ever again. But then her groveling ex shows up, and Maggie's torn.

Am I ready to screw up the best relationship I've ever had for a shot at something more?

** Every 1001 Dark Nights novella is a standalone story. For new readers, it's an introduction to an author's world. And for fans, it's a bonus book in the author's series. We hope you'll enjoy each one as much as we do. **

I said a silent prayer of thanks to Ben, Jerry, and Jose Cuervo as I blearily made my way to Sam's bedroom. He hadn't bothered to make his bed before he left this morning, but I didn't mind.

Instead, I snuggled into the space where I knew he slept, breathing in deep so I could smell his shampoo on the pillow, and closed my eyes. Sam would never do what Trevor had done to me.

I drifted off to sleep for what felt like roughly three seconds before I woke up to find my thigh vibrating and the late morning sun streaming through the window.

"What the..." I sat up, rubbing my eye with one hand as I grappled down into the sheets where my cell phone rested. I found ten missed calls — seven from Trevor, three from Sam.

Sliding my thumb over Sam's name, I called him back and pressed the phone to my ear.

"Hello?" I asked, my voice cracked and groggy.

"Yeah, yep. I knew that," I said, trying to make my voice sound less like it had just gone through a wood chipper.

"So why are you still asleep?" he asked.

"I'm not allowed to sleep in?" I asked lightly, the pounding in my head making me a little nauseous with its intensity.

He sounded suspicious and for a moment I fought with myself over whether to tell him the truth. One way or another, he was going to get it out of me; he knew me too well for me to lie to him for long.

"Look, could I stay at your place while you're away?" I asked.

"What? Why? Did something happen to your apartment?" he demanded, the worry clear in his voice.

"That's not cryptic or anything," Sam scoffed.

I sucked in my cheeks. Okay, here we go. Like a Band-Aid.

"I need to be someplace where Trevor can't find me."

♡ Hottie of The Day ♡ Jislain Duval