New York Times and USA Today Bestselling Author Jay Crownover returns with the second standalone title in her Getaway series, Shelter. Check out the excerpt below and pick up your copy today!

And that’s not all! Retreat, the first standalone title in the Getaway series, is on sale! You can grab your copy for just $.99 for a limited time only.

His life is chaos and confusion. It's a storm of uncertainty and raging emotion.

Sutton Warner is a mess. Everything in his life feels like it's unraveling.

He's let a lot of people down lately, including his daughter. Sutton always promised his little girl he would never disappoint her and that he would always be there when she needed him. Until he wasn't.

The truth is, he's used to disappointing the women in his life. First was his mother who couldn't find a reason to stick around when he was growing up. Then there's his ex. The woman who takes unbridled delight in making his life incredibly complicated. Luckily, his daughter is still young enough to believe her old man is some kind of hero. But, he knows the day is coming when she realizes the truth, that he's just a man with some serious flaws and a list of ever-growing weaknesses.

Finally, there's the woman he's desperately trying to forget with every shot tossed back and each pill popped.

He more than disappointed Emrys... he almost got her killed.

Her love is steady and sure. It's a shelter shaped by conviction and silent assurance.

Emrys Santos is lost. Everything in her life feels pointless and futile.

She's been busy running away from her feelings and all the people who love her the most — including her best friend, the one person who knows exactly what she's been through. They promised to always stick together and to lean on one another. It was a promise Em had to break so she could lick her wounds and figure out her next move. For once, there is no easy way out of the tangled web of emotions she's caught up in, and right now, she recognizes that all roads lead back to Wyoming... and back to Sutton.

The man she nearly got killed.

Shelter is a standalone novel, the second book in the Getaway series, which features the hardheaded and brokenhearted Warner brothers and the women who dare to love them. These boys are very good at putting the wild in wilderness.

I'd been fooled once by the promise of quiet nights and serene days in the sunshine. I believed the brochure when it said I could leave my worries at home and escape to a simpler, quieter kind of life. I let myself be lured in by the picturesque landscape and stunning mountains. I foolishly fell prey to the temptation of leaving my current set of troubles behind in San Francisco while I hid away in the middle-of-nowhere Wyoming.

I now knew firsthand the glossy brochure that brought me to Wyoming the first time was nothing more than a bunch of pretty, packaged lies. I knew the bar brawl erupting in front of me was hardly the worst thing that could happen here. In fact, the level of bloodshed and violence was child's play compared to what I'd witnessed the last time I'd stepped foot in this small, quaint town. Well, I hadn't really been in Sheridan last time I was here. I'd spent most of my time in the backwoods that surrounded the Warner brothers' ranch, which was still a good forty-five minutes outside of this tiny town. The ranch was where I was currently trying to get to so I could see my best friend.

When I left Wyoming, I told myself I would never come back.

I told myself there was nothing here for me but bad memories and heartache. I was a pro at lying to myself, at telling myself exactly what I needed to hear to justify my actions. I could convince myself of anything, like it was okay that my last boyfriend stole my grandmother's silver when I kicked him out because he needed it more than I did. I had no problem believing that pulling Leo out of the city was the only way to heal her broken heart even though she didn't want to go. It was easier to distract her than it was to watch her wallow. I persuaded myself into believing what I needed to heal was space and solitude. I held onto that until time passed and I was still a mess. I was sick of my own company and of hiding from everything I was feeling. I was the one who always went out of my way to fix everyone else around me, it wasn't exactly a shock to learn I didn't have the skills to repair myself. I spent my days helping others focus on their goals, on doing better and achieving more, so I didn't have to think about the lack of any ambition of my own. I turned thirty at the end of the year and I was still trying to figure out what and who I wanted to be when I grew up. I'd been aimless for a long time; the only direction in my life come from the fact I knew all the way down to my bones that I had to go back to Wyoming and face off with Sutton Warner.

And don't miss the first standalone novel in the Getaway series, Retreat, on sale for just $.99! Grab your copy today!

And preorder you copy of the third standalone novel in the Getaway series, Escape, releasing January 30, 2018!

Jay Crownover is the international and multiple New York Times and USA Today bestselling author of the Marked Men Series, The Saints of Denver Series, the Point Series, the Breaking Point Series, and the Getaway Series. Her books can be found translated in many different languages all around the world. She is a tattooed, crazy haired Colorado native who lives at the base of the Rockies with her awesome dogs. This is where she can frequently be found enjoying a cold beer and Taco Tuesdays. Jay is a self-declared music snob and outspoken book lover who is always looking for her next adventure, between the pages and on the road.

♡ Song of The Week ♡ Pray by Sam Smith

♡ Hottie of The Day ♡ Ben Loveday 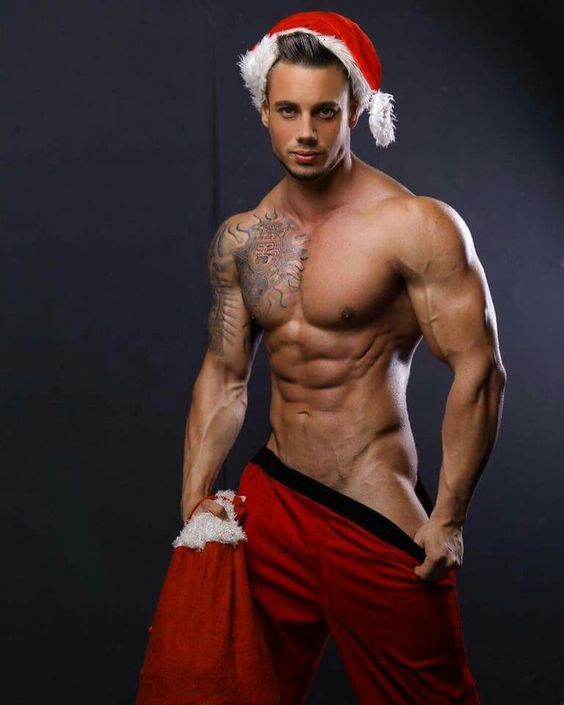