See Her Run
The Smithfield Series #1
by
A.K. Leigh 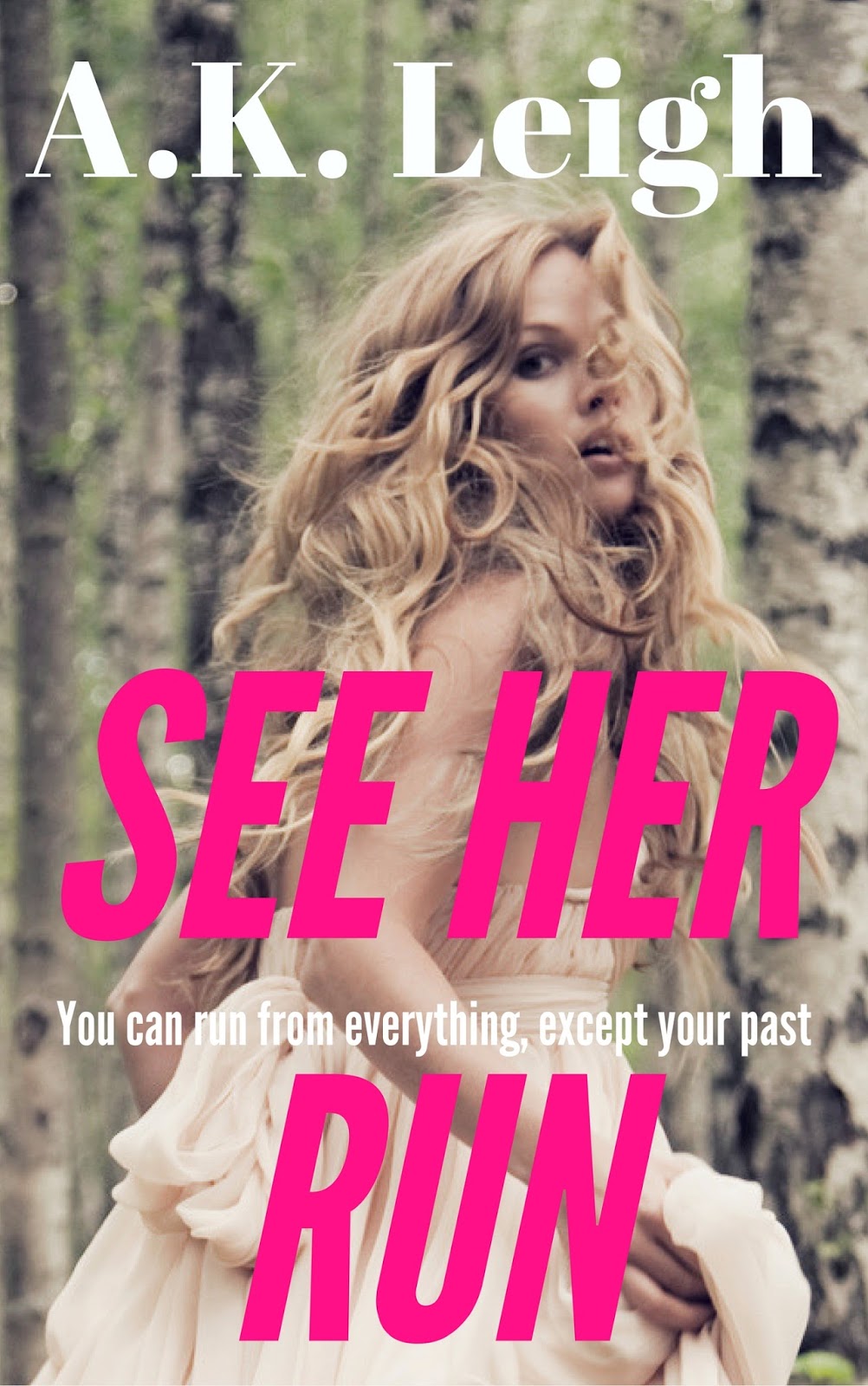 See Her Run blends elements of romance, suspense, and psychological thriller in an exploration of life after severe trauma.

Diana King arrives in Smithfield, North Carolina as part of her witness protection relocation. After six months of running from her crime boss ex-husband, she is looking forward to starting over in the quaint country town.

Jonathan Smith has no time for love. Not after the devastating relationships he has experienced. He prefers to focus on his Mixed Martial Arts business, his family farm, and the management of the town he owns.

That is, until he meets the mysterious newcomer. Something stirs in him; something familiar that remains elusive. This only serves to increase his curiosity – and attraction.

Though he is unaware of the important connection he has to her past, Diana realises immediately. Prevented from divulging the information, she struggles between the growing feelings she has for Jonathan and the freedom she fought so hard to obtain.

But, when secrets are exposed, and the past comes looking, will Diana and Jonathan's new-found love survive? Or will they pay for it with their lives?

In the end... you can run from everything except your past.


The reflection in the passenger side window irritated her. None of it had been her choice. Not the fake blue-framed glasses — they'll bring out your eyes — and certainly not the boring, dyed brown bob with no bangs — it'll help you blend in. Blend in? How did they expect her to do that? Her physical disabilities attracted attention whether she wanted them to or not. The fact she was going to be new in town was another factor swaying the ability for her to blend in to impossible. They'd made the lies sound so easy to speak.

The driver's voice distracted her, "Don't be nervous."

She turned and noted the shadow of two-day growth on his chin. It had been a long journey, made longer by the necessity of caution.

He smiled then shifted his gaze between her and the dusty road as he continued, "This is your chance at a new life. Maybe it's not the one you wanted, but at least it'll be yours."

Would it? Did he even realize one form of control had been substituted for another? She didn't voice the question. Nothing would change even if she did. In the seven years since her ordeal had begun, only one person had bothered to ask what she wanted. His face formed in her mind. She concentrated on it, until it became as clear as a new photograph.

The image clouded as she focused back on the driver. "Sorry, what were you saying?"

Intuition told her what he wanted to hear.

She tugged on one of the long sleeves of her black shirt and forced a smile. "I know."

Before he could respond, she returned her attention to the window. He wouldn't hassle her if she made it obvious she didn't want to talk. As she stared out at the passing landscape, her mind recycled long held doubts. She could trust him, couldn't she? He'd promised, hadn't he?

A lump balled at the back of her throat. Broken promises were the reason for this trip. Out of habit she swallowed, and ignored the bitter aftertaste. Unwanted memories came. She forced them away by concentrating on the flat tracts of fertile farmland and intermittent forest. The sight made her frown. Where were the mountains? Wasn't this part of North Carolina supposed to have mountains?

Fresh anxiety made her fumble with her fingers. The town they were headed to was small. Or so she'd been told. What would her life be like there? Would the nightmares finally stop? Would she have to keep looking over her shoulder? As the questions multiplied, the space inside the car compressed against her until she couldn't breathe.

Without thinking, she reached for the button on the car's armrest and pressed it to lower the window... She was aware of her mistake in an instant. The breeze assaulted her with its full force and sent a reflexive hiss from her lips. She moved her face as her hand came up to shield the still bumpy scar she could feel across the entire length of her left cheek.

The driver looked at her, his mouth crumpled in concern, as he asked, "Are you all right?"

Avoiding eye contact, she dropped her hand back to her lap.

His low, resigned-sounding exhale told her he would. "All right. Get some rest, we'll be there soon."

She nodded. When she angled her face back to the open window, she took care to hide her cheek. Settled, she thought once more about the promises Chris had made. They were realistic, weren't they? She tried to convince herself they were, despite the niggle telling her they would come at a price. 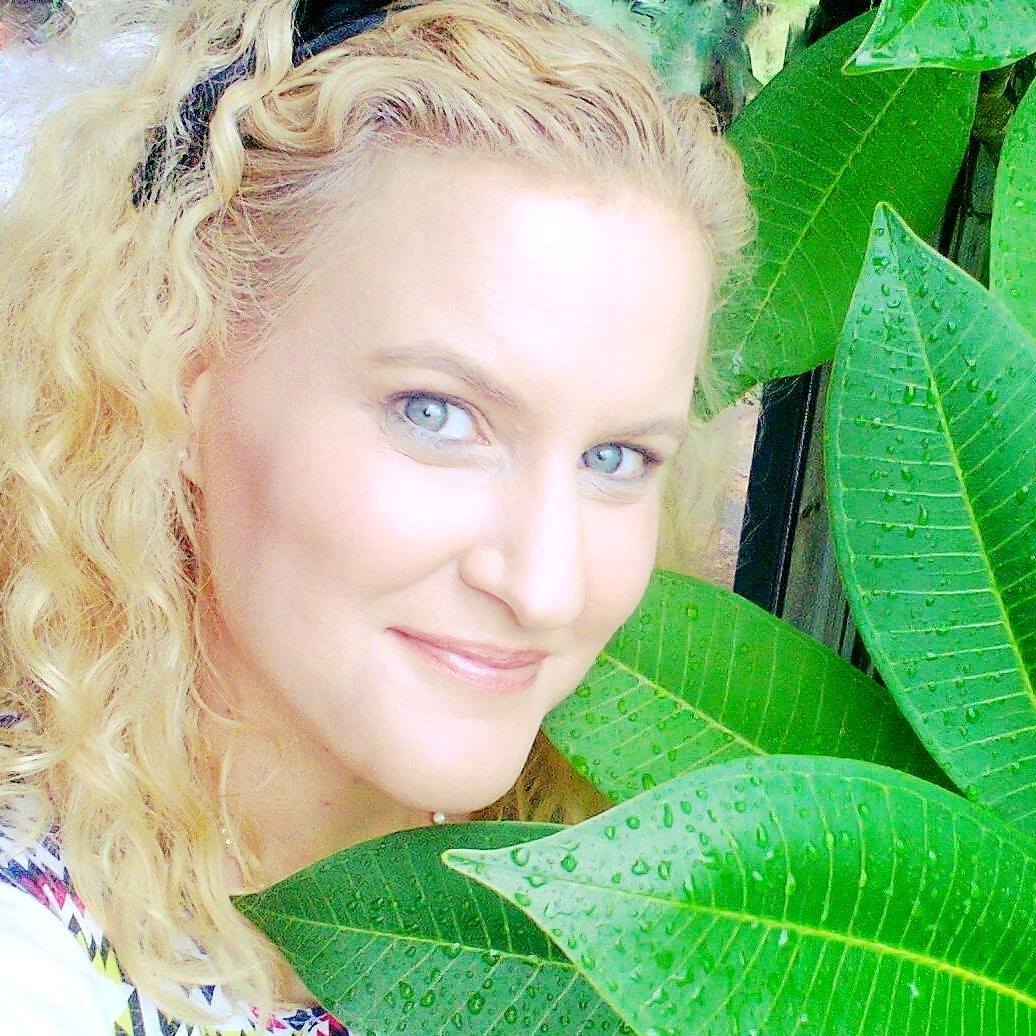 A.K. Leigh is an international-selling romance author, identical triplet, amateur love guru, radical self-love advocate, unapologetic romantic, and hot chocolate addict. She uses her post-graduate degree in counselling as well as her COA's (certificate of achievement) in Forensic Science and Forensic Anthropology to create believable characters and realistic crime elements in her stories. Her novels are set in either America or Australia – one day, she hopes to write a book with both locations in it! When not writing novels or her blog, she can be found on YouTube, where she has a vlog discussing topics such as: publishing and writing, life as an identical triplet, love/dating/romance/ relationships, the importance of self-love, and trauma healing. She is also active on social media and encourages readers to interact with her on those platforms. She lives in Australia with her three gorgeous children and one grumpy cat.