A childhood promise. An unbreakable bond. One tragic event that shatters everything.

It all started with the boys next door...

Devin and Ayden were my best friends. We were practically joined at the hip since age two. When we were kids, we thought we were invincible, inseparable, that nothing or no one could come between us.

But we were naive.

Everything turned to crap our senior year of high school.

Devin was turning into a clone of his deadbeat lowlife father — fighting, getting wasted, and screwing his way through every girl in town. I'd been hiding a secret crush on him for years. Afraid to tell him how I felt in case I ruined everything. So, I kept quiet and slowly watched him self-destruct with a constant ache in my heart.

Where Devin was all brooding darkness, Ayden was the shining light. Our star quarterback with the bright future whom everyone loved. But something wasn't right. He was so guarded, and he wouldn't let me in.

When Devin publicly shamed me, Ayden took my side, and our awesome-threesome bond was severed. The split was devastating. The heartbreak inevitable.

Gradually, Ayden and I grew closer. We graduated and moved on with our lives, but the pain never lessened, and Devin was never far from our thoughts.

Until it all came to a head in college, and one eventful night changed everything.

Now, I've lost the two people who matter more to me than life itself. Nothing will ever be the same again.

A standalone new adult contemporary romance with a happy ending. Only suitable for readers aged eighteen and older due to mature content and possible triggers.

Growing up, Angelina, Devin and Ayden were best friends. They were inseparable.
High school changed everything. Secrets and feelings destroyed their bond and Angelina and Ayden moved on with their lives, leaving Devin behind.
Now in college, Devin is back and one night changes everything again.

I loved Inseparable! The blurb intrigued me and once I started reading this magnificent story, I couldn't stop reading. It hooked me with all its drama, angst, mystery, secrets, surprises, and twists. I cried and screamed a lot and wanted to throw my Kindle against the wall.
I really enjoyed how the book wa~s divided and the different POVs.

Angelina thought she had everything. She had a loving mother and two awesome best friends, Devin and Ayden. Her feelings for Devin were always stronger than friendship, but she didn't want to risk their friendship. Until the day he broke her heart and her trust. She is a strong woman and changes a lot throughout the book.
Devin is a bad boy. He's hot and arrogant. But deep down he's damaged and hurt and harboring secrets, hiding the truth even from his best friends. He loves Angelina but doesn't believe he's good enough for her. He can be very sweet and kind, but he can be a jerk sometimes.
I loved Ayden! He's the total opposite of Devin. He's sweet and gentle, but, like Devin, he's hiding something.

If you want an emotional journey Inseparable is the book for you! It will take you in a rollercoaster ride of emotions and you won't regret one second of it. Dive in this phenomenal story and connect with these perfectly flawed characters. Siobhan Davis hit the jackpot with Inseparable and I can't wait to read her upcoming books! 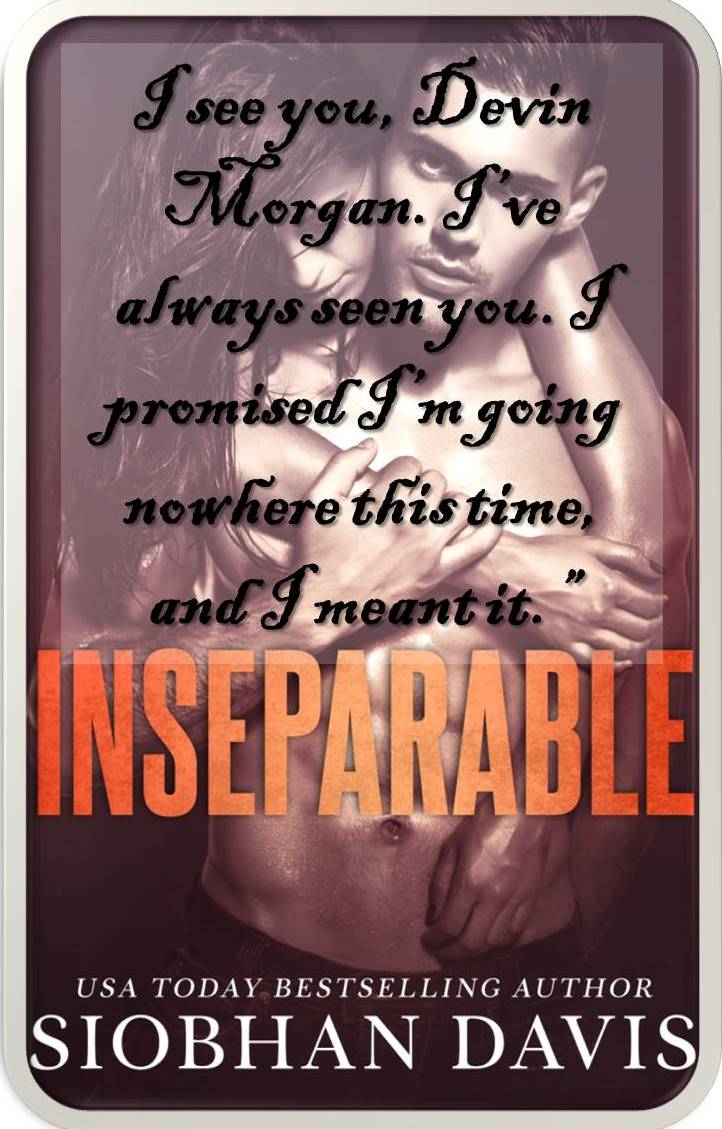 USA Today bestselling author Siobhan Davis writes emotionally intense young adult and new adult romantic fiction with swoon-worthy romance, complex characters, and tons of unexpected plot twists and turns that will have you flipping the pages beyond bedtime! She is the author of the international bestselling Kennedy Boys, Saven, and True Calling series.

Siobhan’s family will tell you she's a little bit obsessive when it comes to reading and writing, and they aren't wrong. She can rarely be found without her trusty Kindle, a paperback book, or her laptop somewhere close at hand.

We met at a wedding — him sitting on the groom's side, me sitting on the bride's. Stealing glances at each other throughout the night, there was no denying an intense, mutual attraction.

I caught the bouquet; he caught the garter. Hunter held me tightly while we danced and suggested we explore the chemistry sparking between us. His blunt, dirty mouth should've turned me off. But for some crazy reason, it had the opposite effect on me.

We ended up back in my hotel room. The next morning, I headed home to New York leaving him behind in California with the wrong number.

I thought about him often, but after my last relationship, I'd sworn off of charming, cocky, gorgeous-as-sin men. A year later, Hunter and I met again at the birth of our friends' baby. Our attraction hadn't dulled one bit. After a whirlwind trip, he demanded a real phone number this time. So I left him with my mother's — she could scare away any man with her talks of babies and marriage — and flew back home.

I'd thought it was funny, until the following week when he rang the bell at Mom's house for Sunday night dinner. The crazy, gorgeous man had won over my mother and taken an eight-week assignment in my city. He proposed we spend that time screwing each other out of our systems.

Eight weeks of mind-blowing sex with no strings attached? What did I have to lose?

It's just sex, not love.

But you know what they say about the best laid plans...

Amazon eBook will be a live release, no pre-order 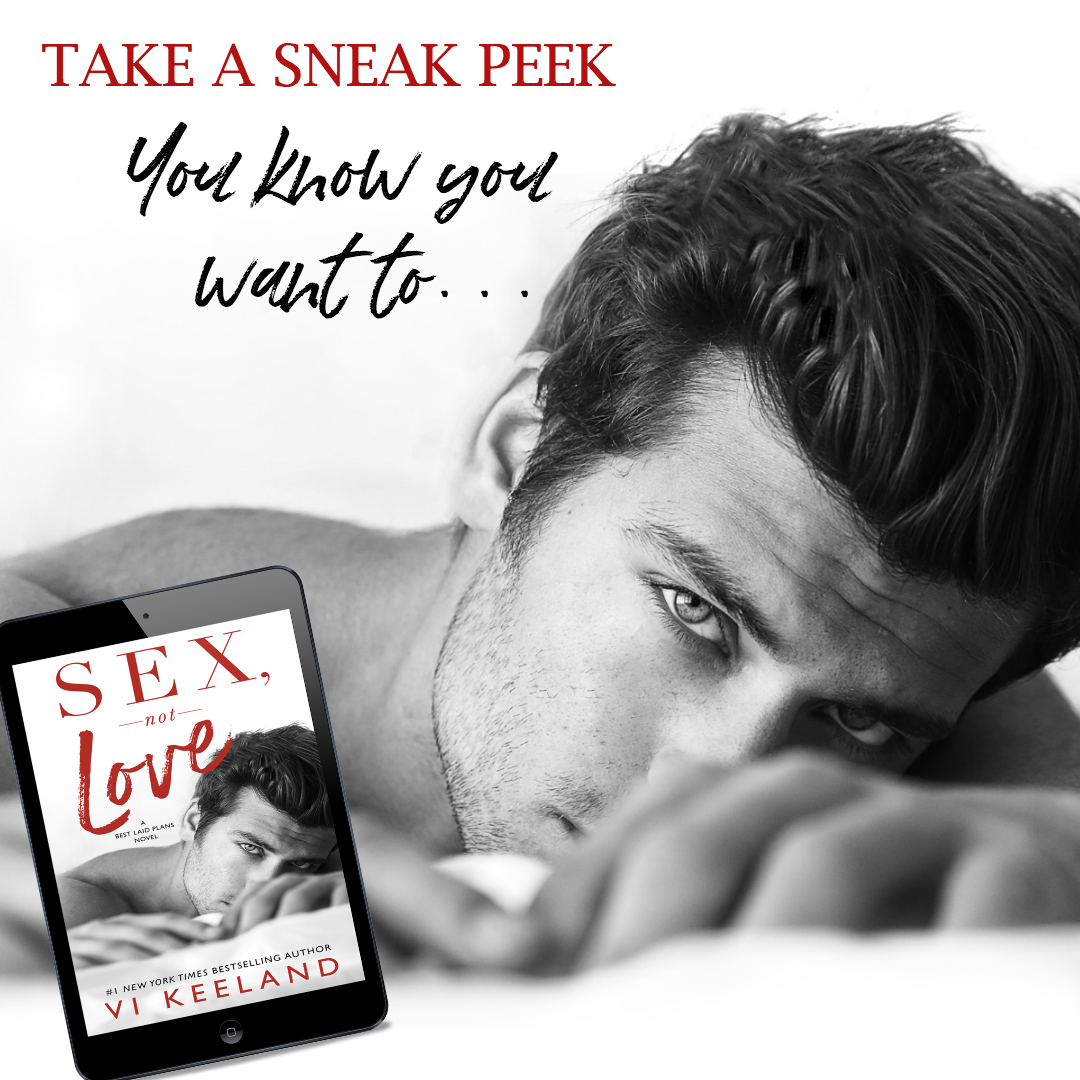 "You're not going anywhere before you do two things."

"Leave your number and kiss me goodbye."

Hunter chuckled. It felt like he could see through all of my bullshit. Reaching over to the nightstand, he grabbed his phone and held it out to me before getting up. "Toothpaste in the bathroom still?"

"The little one the hotel sets out."

While he was in the bathroom, I mulled over not typing anything into his phone. There was no way I was keeping in touch with a man living three-thousand miles away. A guy like him was the last thing I needed. But then I thought better of just telling him I'd put my number in. He seemed to have figured me out pretty quick. So instead, I typed my name and number, only I changed the last two digits.

And it was a good thing I did, because when Hunter returned from his bathroom trip, the first thing he did was check that I'd entered something. Luckily, he didn't attempt to call me. Satisfied, he tossed his phone on the bed and nodded.

I could see he wasn't going to let me leave without this. So, sacrificing to make my plane, I pushed up on my toes and delivered a quick peck to his lips.

"Well... it was nice to meet you." I turned to dart out the door, but Hunter grabbed my wrist yet again.

"Kiss me the way you kissed me last night."

Before I could even attempt to let that sink in, Hunter yanked me against him. One of his large hands cupped the back of my neck, and he squeezed firmly to direct my head where he wanted it. Then, his lips crashed down on mine.

The shock of feeling his mouth against mine quickly dissipated as he licked my lips, encouraging me to open for him. His tongue dipped inside, and he groaned as he tilted my head and deepened the kiss. The vibration of the sound traveled between us and sent a hum through my body. Soft and gentle went out the window after that. He grabbed a fistful of my ass, and I lifted my body up onto his, wrapping my legs around his waist. As he backed us to the wall, a sense of familiarity overcame me. I couldn't remember the specifics of our previous kiss, but I now knew deep inside what it had felt like.

My cell dropped from my hand so my fingers could tangle in his hair. Yanking on the soft strands, I couldn't get enough. A moan from deep inside my chest moved through our connected mouths. Hunter pushed harder, his thick erection pressing into the center of my open legs. He rocked as he kissed me, causing a friction through two layers of clothing that was leading me to a place I didn't think it was possible to go fully dressed.

It felt like he wanted to swallow me whole, and in that moment, I would have let him. My breasts were crushed to his chest, and a heartbeat raged out of control — only I wasn't sure if it was my own or his. Jesus, where does a man learn to kiss like this?

I was breathless and stunned when our kiss broke. Hunter sucked on my bottom lip, tugging it before releasing my mouth.

His voice was strained. "Change your flight. We're not done here."

I swallowed, trying to gain some composure. "I can't." My voice was barely a whisper. It was all I could muster.

Vi Keeland is a #1 New York Times and #1 Wall Street Journal Bestselling author. With millions of books sold, her titles have appeared in over eighty Bestseller lists and are currently translated in nineteen languages. She lives in New York with her husband and their three children where she is living out her own happily ever after with the boy she met at age six.

A mafia princess. The nation's favorite football player. Can they make it work?

An unlikely matching of the stars.
The opposites had it all for one year.

Justice Bexley, the daughter of Cain and Calla leaders of The Diamond Syndicate, sacrificed true love to protect Liam. Her selfish action destroyed them both.
Liam Blake moved on with his prestigious career. However, his outlook on life was never the same. If his parents could fight for true love with a Pinky Promise he can keep moving forward. At least he tried convincing himself of that.

Some say true love has a way of finding its way back. Justice and Liam know better to believe. That's up until the day they find themselves in a heated meeting.

She owns a new football team.
He's coming back from an injury and thirsty to prove the nation wrong.
Years of pent up anger and hatred may fuel an epic second chance love story or ruin both of them for good.

HJ Bellus is a small town girl who loves the art of storytelling. When not making readers laugh or cry, she's a part-time livestock wrangler that can be found in the middle of Idaho, shot gunning a beer while listening to some Miranda Lambert on her Beats and rocking out in her boots.

She is a sports nut. Her favorite sports include NASCAR, Baseball, and Football. She has recently retired from her day job to become a full-time writer.

She has always been an avid reader and at the young age of 50 decided she wanted to write. She claims she can do several things at once and still stay on task. Her favorite quote is "I got this." 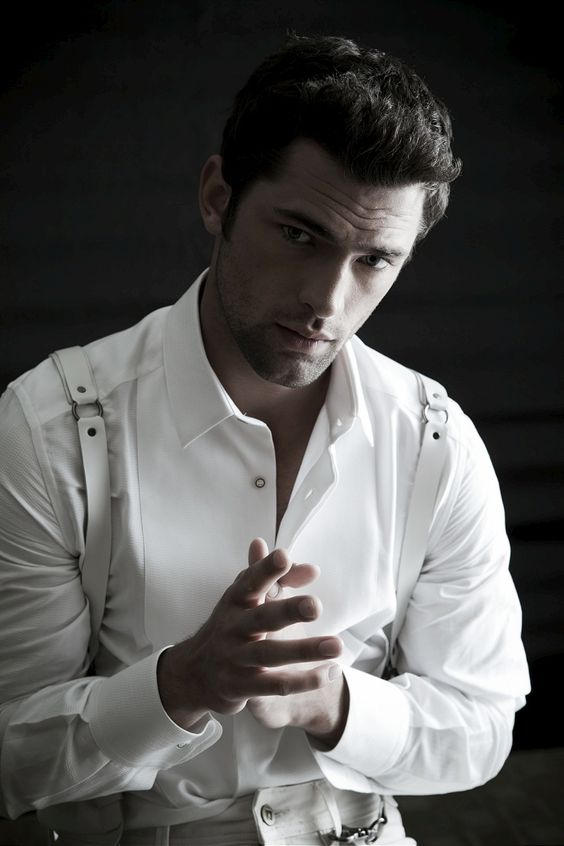