From critically acclaimed author Katie McGarry, comes SAY YOU'LL REMEMBER ME — a story of two people from different worlds pushing themselves, and each other, to get what they deserve!

SAY YOU'LL REMEMBER ME is now available at all fine book retailers. Grab your copy today!

"Doesn't matter who did it. Not anymore. I did the time. It's over."

When Drix was convicted of a crime - one he didn't commit - he thought his life was over. But opportunity came with the Second Chance Program, the governor's newest pet project to get delinquents off the streets, rehabilitated and back into society. Drix knows this is his chance to get his life back on track, even if it means being paraded in front of reporters for a while.

Elle knows she lives a life of privilege. As the governor's daughter, she can open doors with her name alone. But the expectations and pressure to be someone she isn't may be too much to handle. She wants to follow her own path, whatever that means.

When Drix and Elle meet, their connection is immediate, but so are their problems. Drix is not the type of boy Elle's parents have in mind for her, and Elle is not the kind of girl who can understand Drix's messy life.

But sometimes love can breach all barriers.

Fighting against a society that can't imagine them together, Drix and Elle must push themselves - Drix to confront the truth of the robbery, and Elle to assert her independence - and each other to finally get what they deserve.

Holiday smacks my arm and wrath owns her eyes. "Why didn't you talk to her?"

I glance around at my family — Axle, Holiday, my best friend, Dominic, and his younger sister, Kellen. I'm searching for at least one of them to have my back and tell her to step off, but instead they're curious for the answer. Even Axle's giving me a questioning gaze, and the last thing my womanizing brother deserves is an explanation from me in my decisions regarding women.

Last time I was home, his reputation was as bad as Dad's, minus the progeny. There are three siblings in this family, and we have three different birth mothers. Dad not only didn't know how to use a condom, but he didn't know how to stay true to one woman.

My younger sister throws her arms out and drops her voice to what I'm assuming is to mimic me, but I don't sound like an idiot. "You're good at this." She resumes her normal tone which is entering high-pitched. "Seriously? That's all you've got? Did you get some sort of amoeba that eats your brain while hanging out in juvie?"

I fold my arms over my chest and wonder if my sister can read pissed-off body language.

"You can still catch the girl and talk to her," Holiday continues, proving she doesn't care I'm silently informing her to quit. "Don't make me chase her for you because that would be embarrassing. Embarrassing for you. Not me. I'll have to tell her you sent me, and because you're a wuss, I'll have to ask her out for you like we're in sixth grade."

"She's out of my league." I haven't spoken truer words in months. She was beautiful. She was poised. She was a cool breeze after a hot humid rain. She was that first ray of sunshine in the dark woods. She was the smell of honeysuckle in bloom. She was the first damn thing that made me forget who I am and what I've gotten myself into over the past year. That means she was out of my league.

Granted, she was out of my league before I was arrested. Everything from her manicured nails, to her brand-name clothes, to her high-end purse, to the way she held herself said she was about a hundred times higher on the social and economic spectrum than me, but the person I was before would have made the play because I was smooth — just like my father.

"She is not out of your league." Holiday hounds me. "She smiled at you. I know when a girl likes what she sees, and she liked what she saw in you."

Tension builds in my neck. Yeah, the girl smiled, but she didn't know what she was smiling at. I'm a pretty façade on the outside. On the inside, I'm a house of cards teetering on a bad foundation.

♡ Hottie of The Day ♡ Dake Lindelef 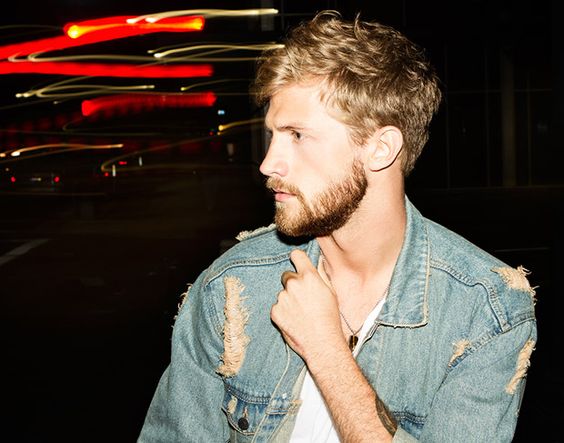