From the #1 New York Times bestselling coauthor of BEAUTIFUL CREATURES, comes BROKEN BEAUTIFUL HEARTS — a red-hot romance that will break your heart and put it back together again! Don’t miss this stunning new title from Kami Garcia!

From #1 New York Times–bestselling author Kami Garcia comes a red-hot romance that will break your heart and put it back together again.


Her heart has to break before it can open.

When star soccer player Peyton Rios receives an offer from her first-choice college, senior year starts off exactly as planned. But when Peyton uncovers her boyfriend's dark secret, she confronts him — and finds herself falling down a flight of stairs. Peyton's knee — and maybe her dream of going pro — is shattered. Everyone is talking: Was she pushed, or did she fall? Peyton knows the truth, even if no one believes her.

He has to let someone in before it's too late.

With her future on the line, Peyton goes to stay with her uncle in a small Tennessee town to focus on her recovery. Dating is the last thing on her mind — until she meets sweet, sexy Owen Law.

But Peyton doesn't trust her heart, especially when she senses that Owen is hiding something. When their secrets are finally exposed, Peyton has to decide if love is worth fighting for.

This is not how I envisioned celebrating my big news. I reach for my phone to check the time, wondering if it's too early to head home. But it isn't in my pocket. Nothing but lip balm, house keys, and Reed's car keys. God forbid he carry anything except his phone. I pat down my coat. "I lost my phone."

"It's probably in the car, like the last three times you lost it. I need to run to the bathroom and then I'll help you find it," Tess says.

The line for the bathroom is six people deep. I can't wait that long. "All my voice mails are on it."

Tess knows that by all I really mean one — the last message from my dad. It's the reason I've had the same phone for a year and a half, even though it barely holds a charge.

"I'm just going to run out and check." I leave through the back door.

Outside, a stone retaining wall snakes down the hill beside the house. The wall separates a paved footpath from the long driveway. My arm scrapes against the rock as I rush toward the steps at the end of the walk-way that lead down to the street.

Reed parked his car across from the steps, and I can’t get it unlocked fast enough. I search for my phone in the front seat and between the crevices of the center console.

When we got in Reed's car I tossed my jacket in the back seat. My phone could've fallen out of the pocket. I lean between the front seats and grope around.

Come on. Please be here.

What if it's not?

Reed's car is full of junk — hand wraps, sparring pads, sweaty T-shirts, and empty energy drinks. His smelly gym bag is open on the floor. I dig through it until my fingers hit something rectangular and smooth.

I take it out of the bag, expecting a cheap plastic box like one Reed uses as a first aid kit. But this box is glossy black cardboard, like a gift box.

Reed doesn't do surprises, and he thinks presents are a waste of money. The only gift he has given me in the seven months we've been together was for my birthday. And Tess and Mrs. Michaels don't have birthdays anytime soon.

My stomach bottoms out.

All the time he's been spending at the gym... What if Reed hasn't been there every night?

Things have been off between us for a while and I’m not a fan of his recent mood swings, but I'd never cheat on him. That doesn't mean he wouldn't.

The box doesn't have a store name or logo printed on it, and it's a weird size — too big for a bracelet and too deep for a necklace. A watch, maybe?

I open the lid.

Order a digital or print edition of BROKEN BEAUTIFUL HEARTS by #1 New York Times bestselling author Kami Garcia and be the first to hear an exclusive announcement from Kami about her next book - a secret project her publisher is keeping under wraps!

This is a limited time offer! So hurry! Registration ends on February 28, 2018! You must register your preorder to receive the exclusive announcement from Kami!

Kami Garcia is a #1 New York Times bestselling and Bram Stoker nominated author and the coauthor of the Beautiful Creatures and Dangerous Creatures novels. Her solo series, The Legion, includes the instant New York Times bestseller Unbreakable and its sequel, Unmarked. Kami is also the author of The X-Files Origins: Agent of Chaos and The Lovely Reckless.
Kami was a teacher for seventeen years and coauthored her first novel on a dare from seven of her students. If she isn't busy watching Supernatural, Kami can teach you how to escape from a pair of handcuffs or bake a Coca-Cola cake. Kami lives in Maryland with her family and their dogs, Spike and Oz.

♡ Hottie of The Day ♡ Gleb Savchenko 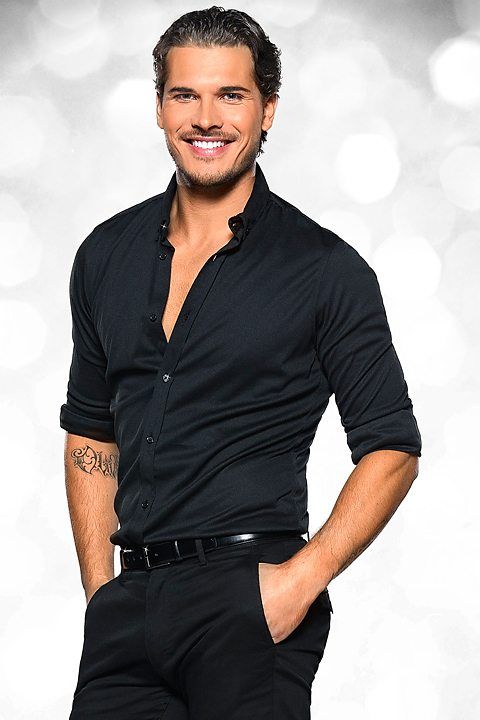