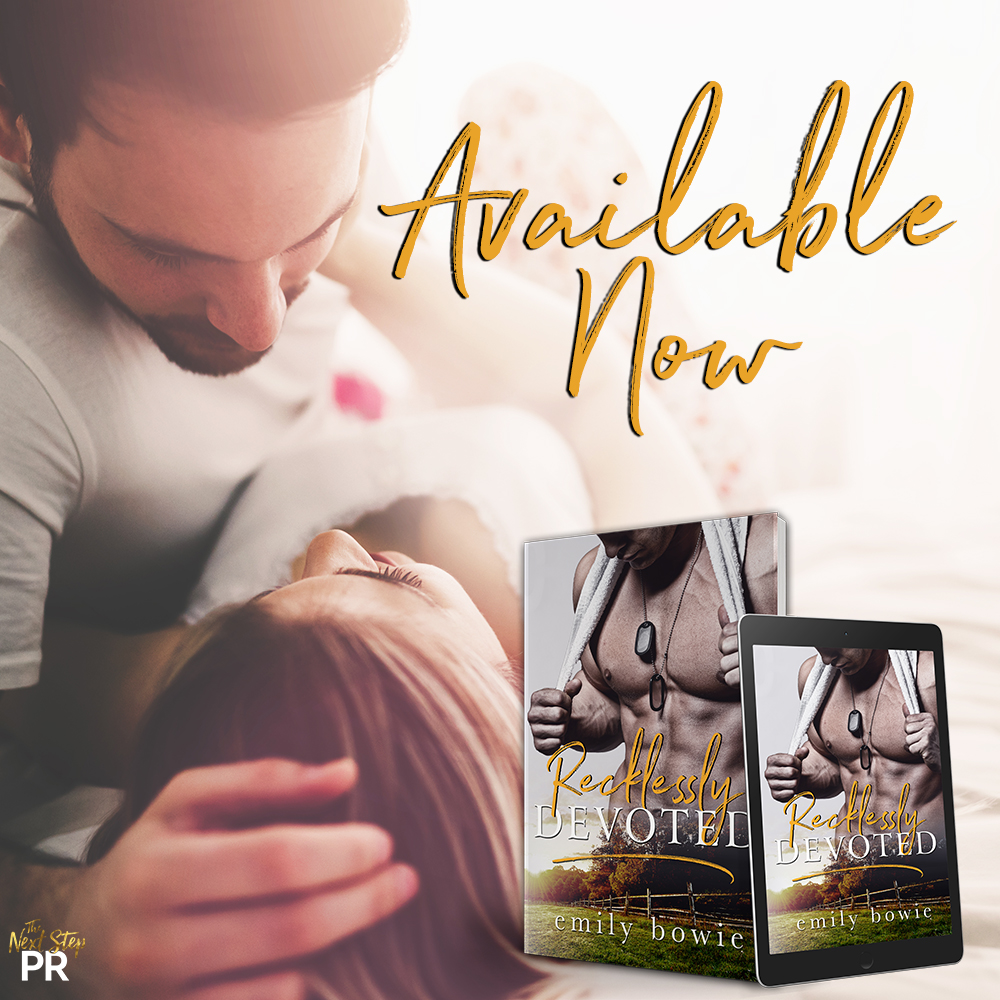 For one night of fun I kissed a man whose name I never cared to know. I pushed down all of the rules I had in place for myself with this one act of selfishness. No one had to know, and I could lie to myself that it never happened. People don't remember tourists, and neither should I. It's not like he was marriage material anyway.

No one is more surprised than me when a year goes by and that tourist becomes my freakishly hot, annoying, cocky neighbor who looks at me like a predator stalking his prey.

He is everything I was told to never go for, yet I can't escape this feeling of being drawn to him.

After surviving a military accident, my entire future is in shambles, the only life I've ever known ripped from me. Attempting to run from my ego, I find myself in the small town of Three Rivers, where I can forget my problems and annoy my two younger brothers. Misery loves company, right?

It doesn't take long for my sights to narrow in on an incredibly sexy blonde. The problem is she looks at me like she wants to squish me like a bug.

As shocking twists and deadly truths spiral out of control, I am forced to fight for the people who matter most in my life.

Rules are broken, hearts are trampled, and the lies that hold everything perfectly in place are torn down.


This is book three in the Bennett Brothers Series, it is told in dual POV, and has a HEA. Since characters do play recurring roles, reading book one (Recklessly Mine) and book two (Recklessly Forbidden) in the series, is recommended; however, it can be read as a standalone. 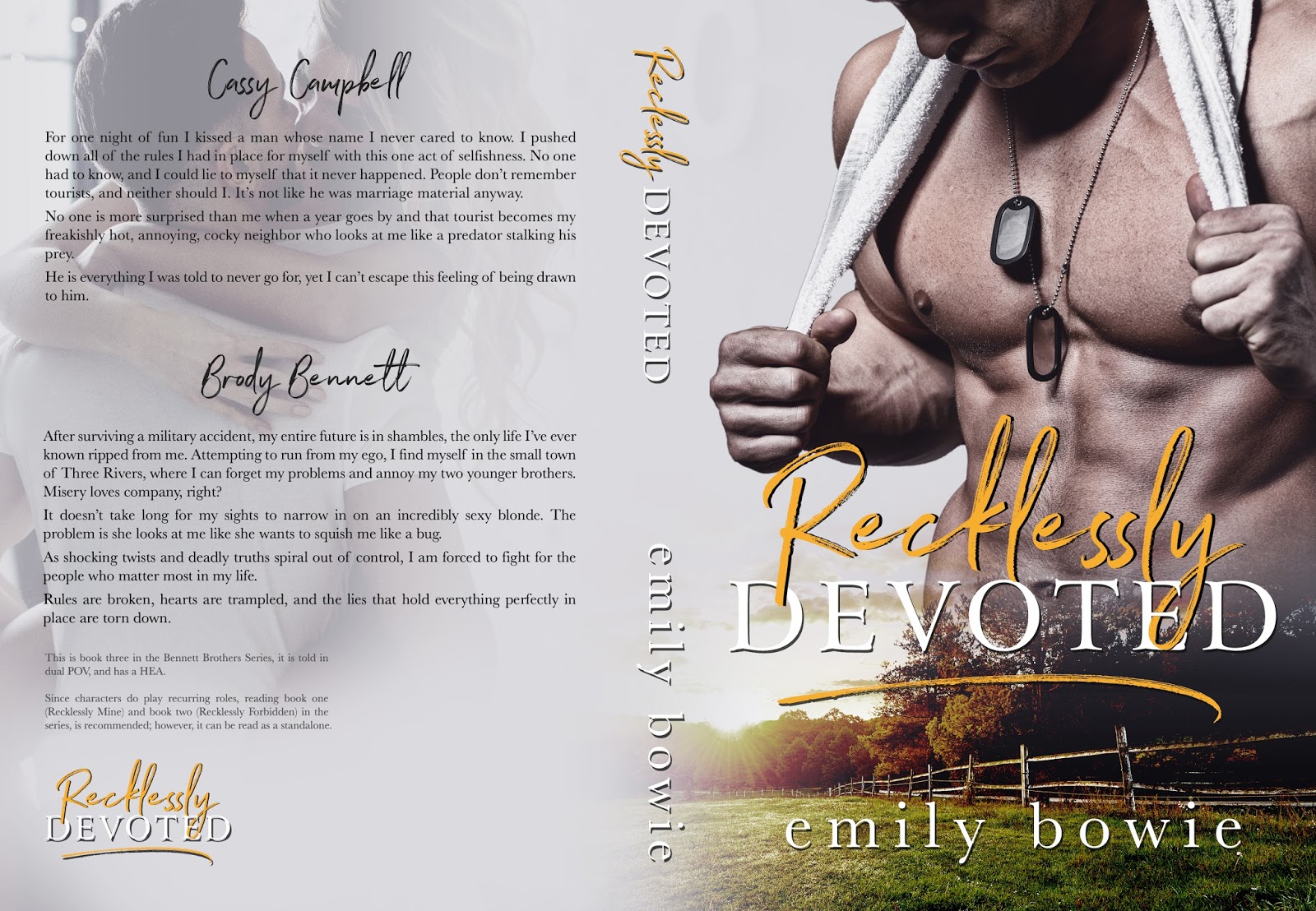 Emily Bowie is from a small town in Western Canada. She has been making characters come to life through her writing since she was old enough to put her thoughts on paper. She loves her white wine cold, her heels red, and her books spicy.

She married her high school sweetheart and they have two amazing children.

She is the author to the Castle Series: Allure of the O'Neal Sisters (September 2015), Behind the Closed Door (February 2016), Allure Behind Rose (October 2016).

When she is not writing she can be found reading a good book, making digital scrapbooks and being physically active — whether it is at the gym, going for a walk, or playing /keep up with her children.

♡ Hottie of The Day ♡ Cory Bond 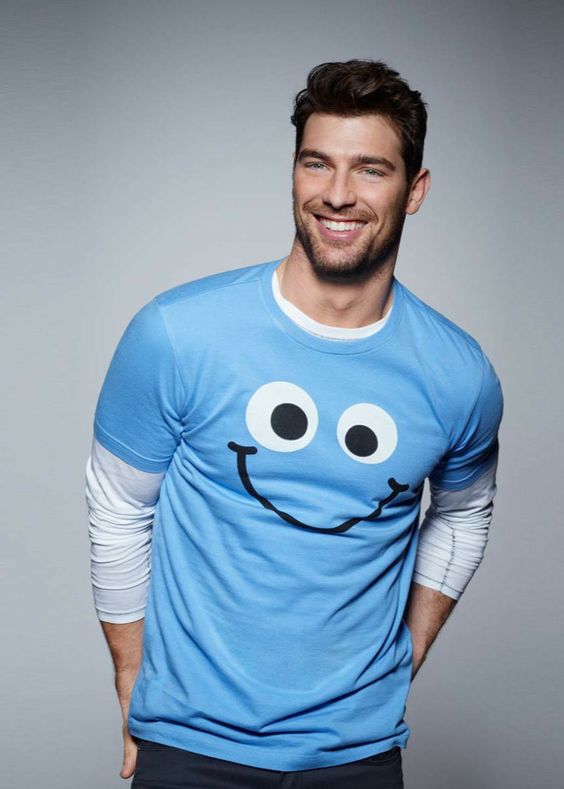