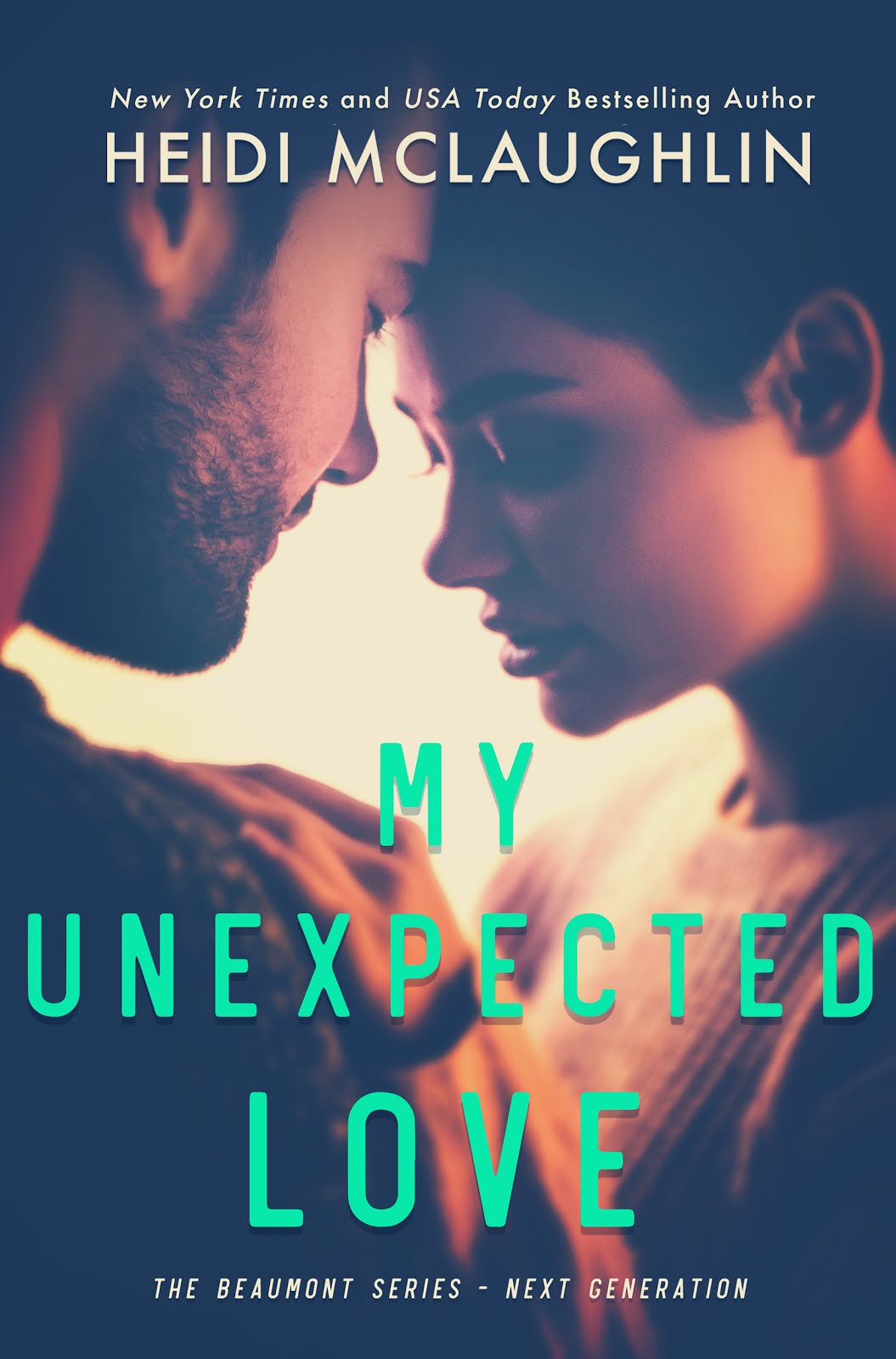 Elle Powell-James and Ben Miller have been best friends since their freshman year of high school. While for Elle, Ben is her rock, the one she can always can count on, Ben has always been in love with her.
When the line of friendship is crossed, everything changes between Elle and Ben.

My Unexpected Love is a great book, with lots of drama, angst, and emotion. This is Ben and Elle's story, their journey finding themselves and what they want. I loved how they met in high school.

Ben Miller is a very sweet guy. He's always been in love with Elle and he's always been there for her. When things between them changed, he finally decided to put himself first and follow his dreams. He always tried to make the right decisions and I loved him for that.
Elle Powell-James is a mess. After her sister's accident, Elle changed a lot. After she crossed the friendship line with Ben, she finally decided to take back control of her life. Sometimes I wanted to shake her; she was so oblivious about Ben's feelings. But she also didn't know how she felt.

Heidi McLaughlin did a great job with My Unexpected Love. Ben and Elle's story hooked me from the first page, but how the book ended kept me wanting more. The characters are amazing and I loved to read more about Peyton and Noah. I can't wait to read Quinn's book! 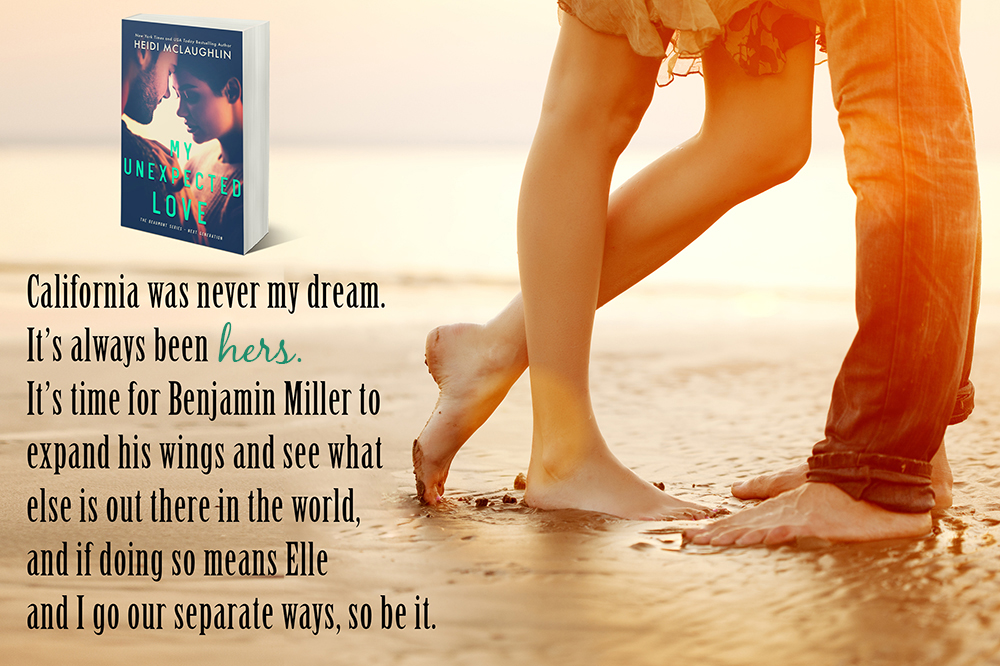 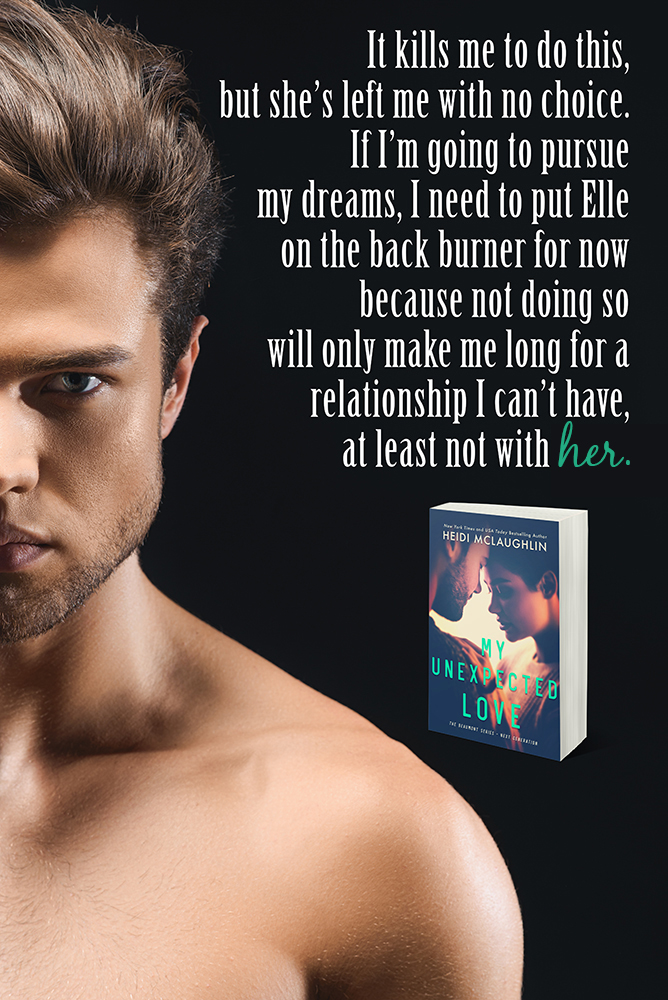 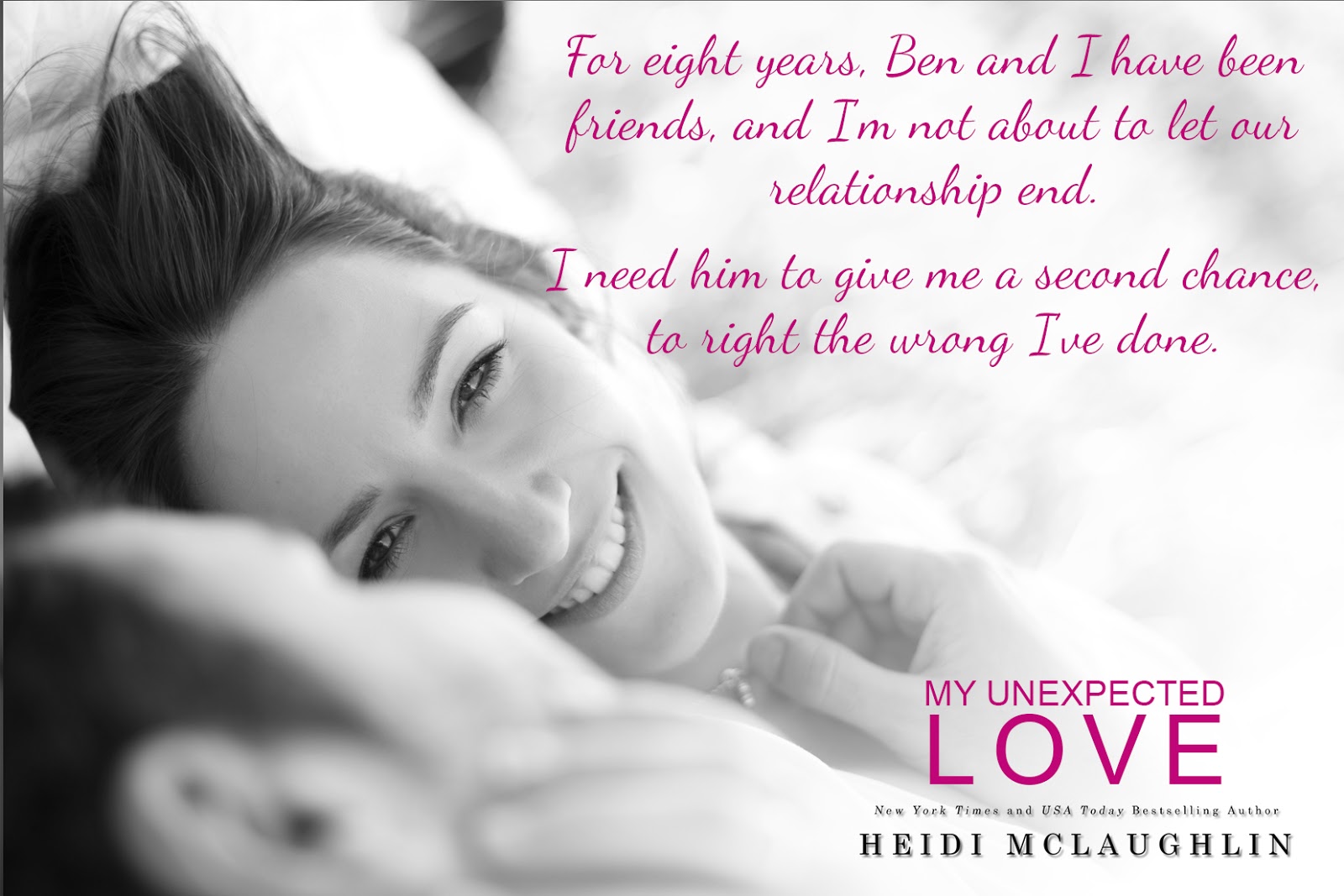 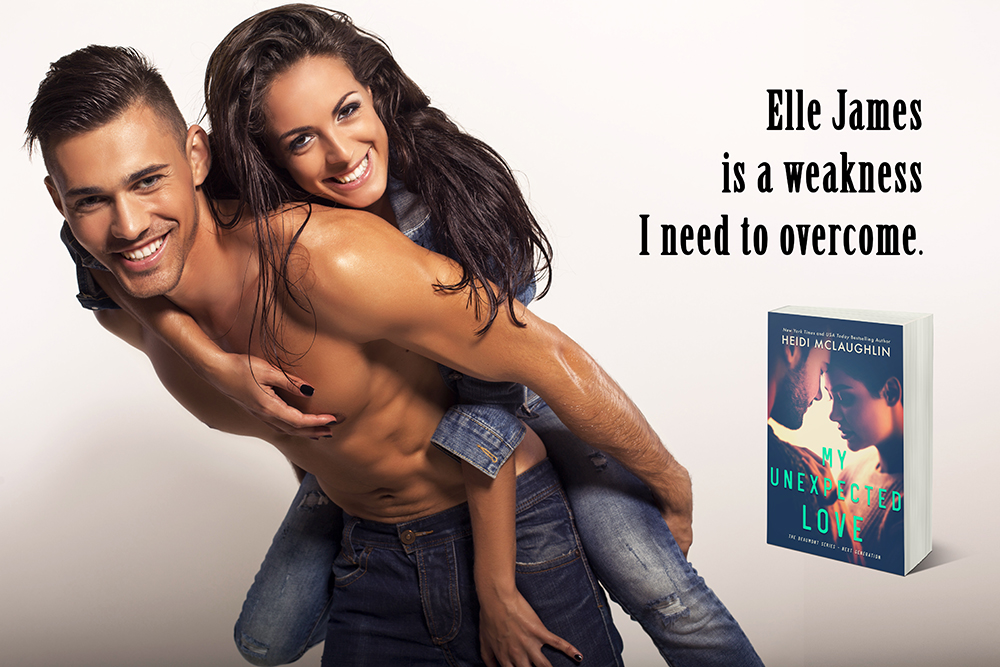 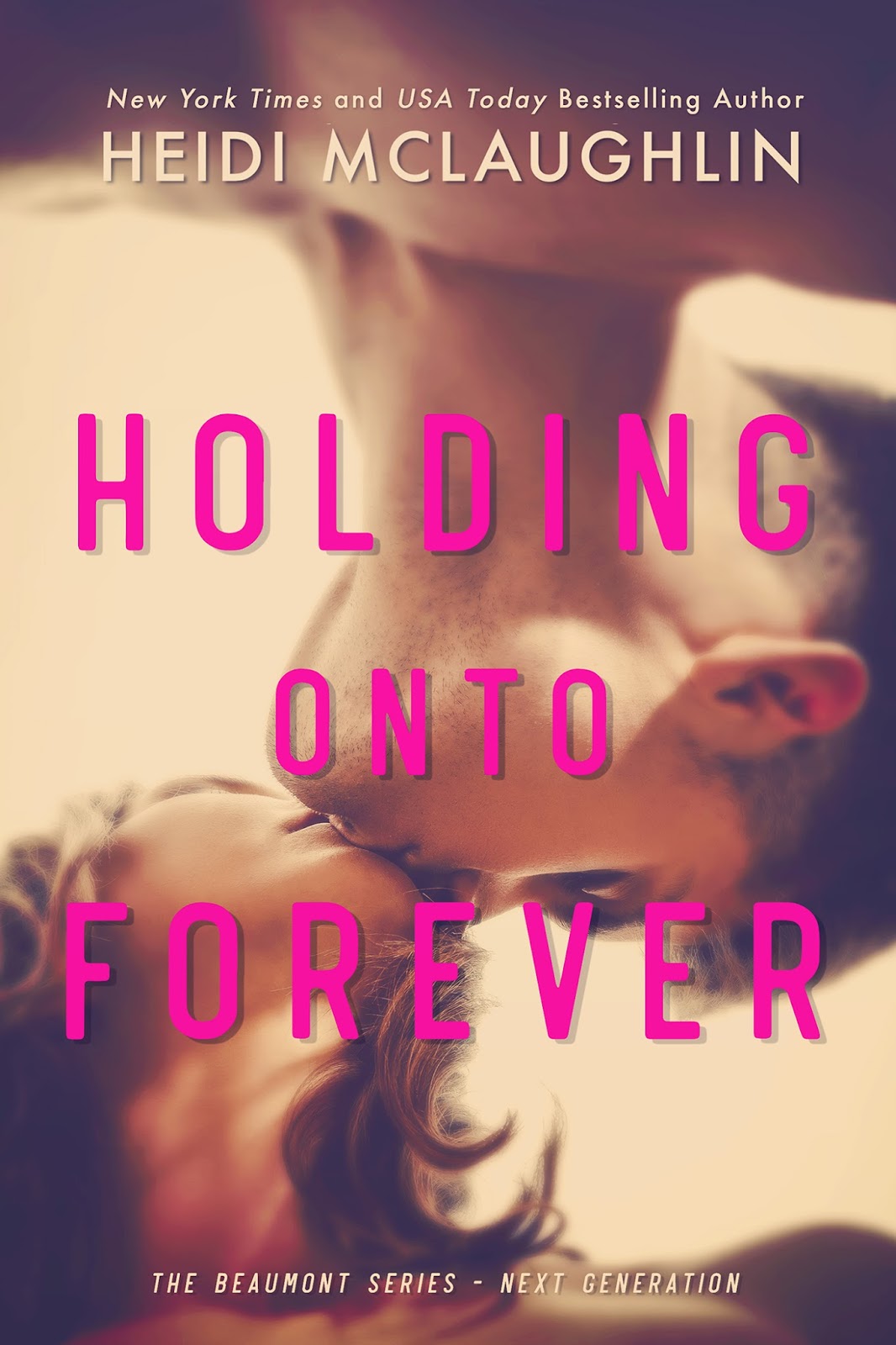 Today we are sharing the release of THE PLAN by Katie Ashley. This is a novella that was previously published in The Vault anthology and is now available separately. You can purchase it now for just $2.99!

The Plan
The Proposition #4
by
Katie Ashley

For Jenny O'Malley, the plan was supposed to be easy. Become the surrogate for her friends, Connor and Jeff, deliver their healthy baby, and earn some money towards her student loans. But as the saying goes, the best-laid plans often go awry. Especially when you're looking at the prospect of not getting laid for a long, long time.

With T-Minus two weeks to insemination, Jenny decides to take her friend, Casey's, suggestion to have one wild fling before she's saddled with heartburn and stretchmarks. When a tall, dark and handsome man swaggers into the bar where she works in skin-tight jeans, cowboy boots, and a Stetson, Jenny knows he is the one. After a scorching night of banging boots until dawn, Jenny is a little sad to see her Cowboy in Shining Armor leave.

When he reenters her life a few weeks later, she never could have imagined a positive sign could be such a negative.

♡ Hottie of The Day ♡ Joshua Gawrysiak 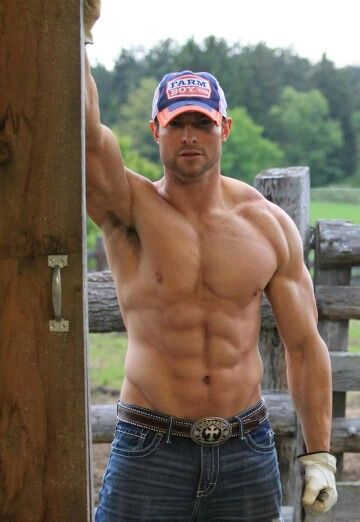