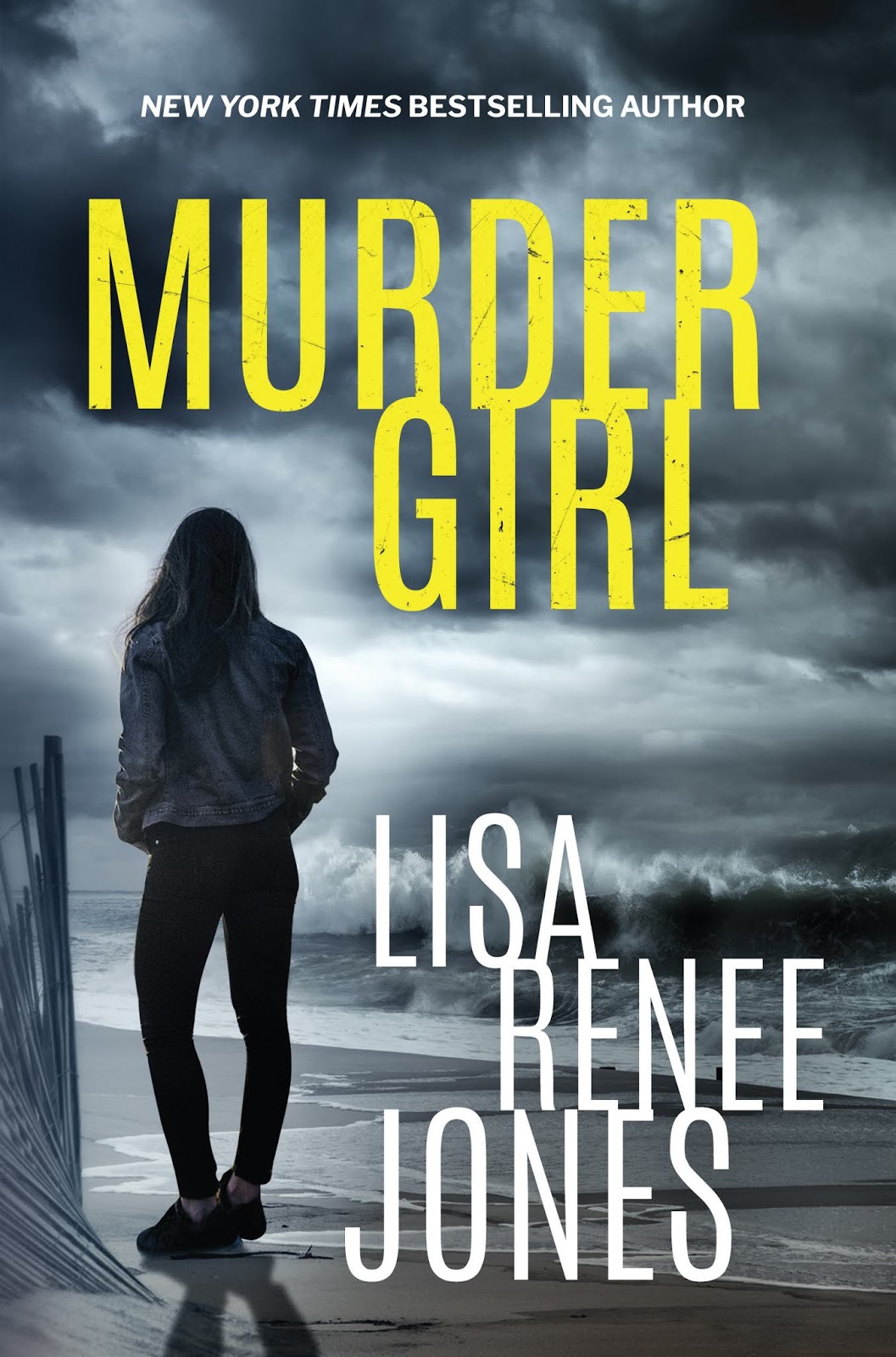 New York Times bestselling author Lisa Renee Jones returns with the second book in her electrifying series featuring Lilah Love, an FBI profiler who doesn't fight her dark side — she embraces it.

It's Lilah Love's job to inhabit a killer's mind. The unapologetically tough FBI profiler is very comfortable there. But her latest case is making her head spin. It's a string of brutal assassinations carried out across the country, each tied to a mysterious tattoo. Body by body, she's followed the clues all the way back to her hometown. And every step of the way, the killer has been following her.

Here, beneath the glamour of the privileged Hamptons community, is a secret long buried but never forgotten. It's bigger than Lilah. It's powerful enough to escape the reach of the FBI. And it's more personal than anyone can imagine. Because it's hiding in Lilah's own past. To fight it, she's forced to turn to her lethally tempting ex, Kane Mendez. He's an expert at bringing out Lilah's darkest impulses. If she plans to survive, she's going to need them. 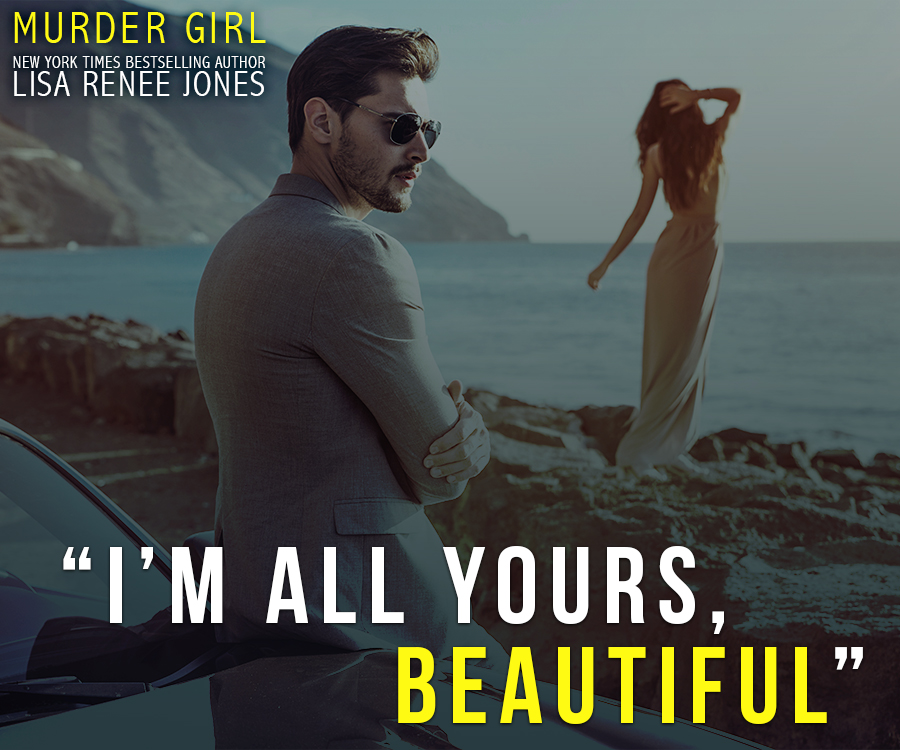 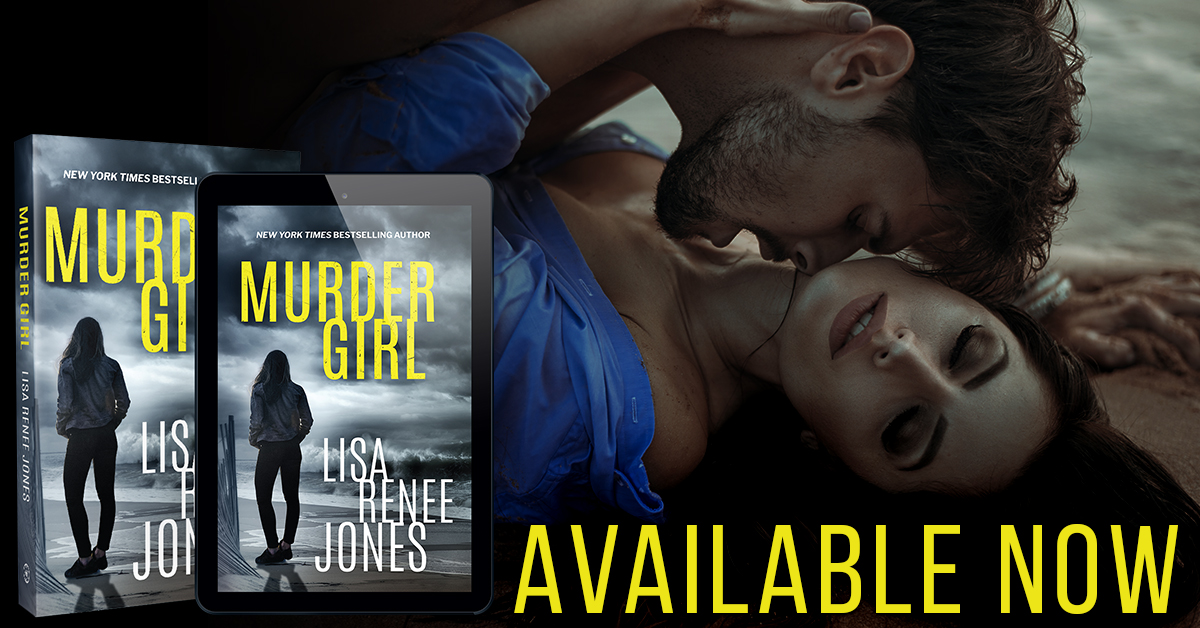 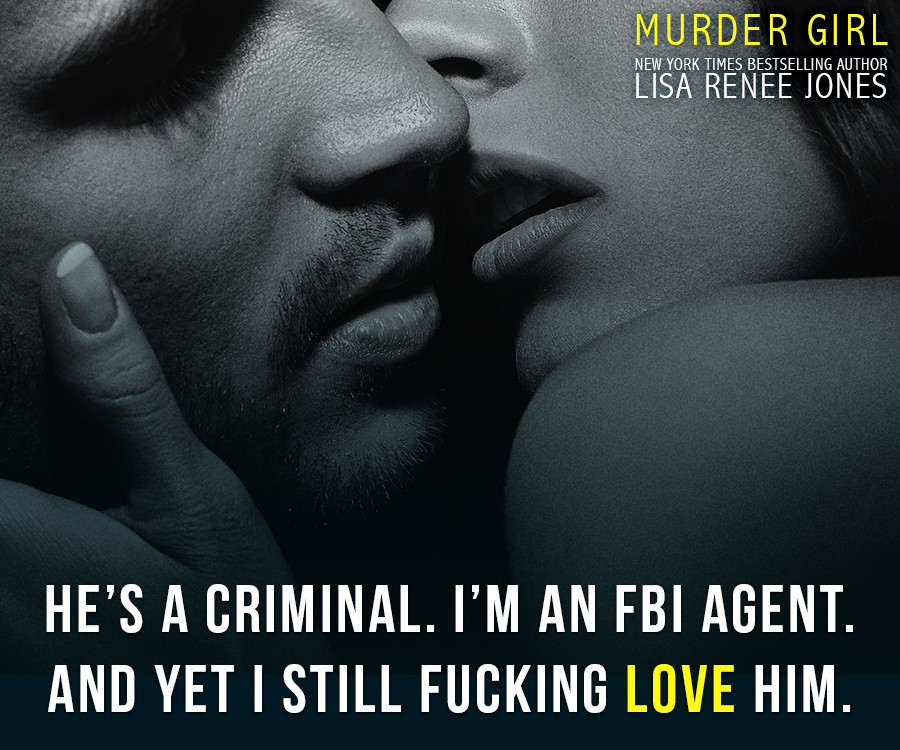 I enter the building and ignore the pretty brunette behind the triangle-shaped stone desk and head to the stairs.

"Excuse me," she calls out, but I ignore her. Kane knows I'm coming. He has people watching me and this building. He knows I'm in the building by now. I don't need "sweet thing" down there to announce me in yet another way. I'm at the top of the stairs before she finishes her fourth excuse me, which is now a bit louder, as if I just haven't heard her the other three times. I turn down the hallway and walk toward the desk outside Kane's office where Tabitha sits, minus any more originality today than the last time I was here. She's still bleached blonde, with her fake, giant-ass boobs hanging out of a silk blouse with numerous buttons undone that turn it into a slut show that could have been professional.

I pass her without a word, approaching Kane's double doors, when she says, "Drama follows you, Lilah Love."

"No," I say without looking at her. "Dead bodies follow me." I glance over my shoulder at her. "You should remember that."

And with that statement that really had no purpose other than it felt really damn good, I open Kane's door.

I step inside Kane's office and find him sitting behind his desk, just in time to hear him say, "She's here," into his intercom and then release the button.

With exaggerated drama that I reserve for moments when I want to be a smart-ass or simply announce my fucking presence, I use my body to shut the door, but I don't hang out and wait for it to grow roots. I rotate and charge toward Kane and that King Mendez desk of his that he doesn't get to use as shelter. By the time I round the wooden atrocity, he's standing, towering over me in a charcoal suit and a purple shirt with black stripes and some sort of black-and-gray tie. It's flashy, expensive, and works on him when it would not on nine out of ten other people. But then, while I keep a low profile — aside from the door drama, of course — and favor my black nondescript looks, his entire persona says "look at me" with the intended message of "I have nothing to hide". A lie he tells the world and, after he drugged me to keep me from knowing what happened last night, apparently me.

We stand there for a beat or ten without words before he says, "Lilah," and the very fact that he says it like sex is all it takes for me to snap.

I slap him in the face, because my bare fist is too small to hurt him the way his jaw would hurt me. It' s also a disgrace to a man to be slapped, which is why one UFC fighter I've watched here and there does it to his opponents. And Kane is my opponent. He turns his head with the force of the blow, my palm stinging in the aftermath.

"Well now, beautiful," he says, fixing me with a brown-eyed stare. "I know you like it rough, but is now the time? We both have questions we want answered."

I slap him again, and this time he catches my wrist before I pull back. I try to slap him with my free hand, and he catches it as well, this time before contact. "You get two, not three."

My gaze flicks to the handprint on his right cheek that matches the one on the left before I meet his stare and say, "Two was pretty damn satisfying."

"Why didn't you tell me about your stalker?" he demands, his question low, lethal, his anger banked just beneath the surface, while mine is the cherry on top of every lie he's told me. "Because we both know that's what we're dealing with here," he adds.

"Let go of me, Kane," I bite out, my voice taut with impatience. No. Make that a desire to smack him again.

"After you tell me about your stalker and the notes."

"Let go of me, Kane," I repeat slowly, "or my next move will be a knee to your family jewels. And I promise you, it will be hard enough that neither of us will have to worry about our urge to fuck ever again." My jaw sets hard, but he doesn't release me. "You drugged me," I remind him, "and then searched my house before leaving me with a gun that I was too drugged to use. So if you think I won't do it—"

He releases me but doesn’t step back. "I didn't leave you with a gun you couldn't use. I kept you at my house until sunrise, and I left a team guarding your place, front and back. I protected you, like I always do."

I don't analyze why that makes me angrier. That's for later. For now, there is this: "I'd pull my gun on you and back you off, Kane, but I swore the next time I did that, I'd shoot you. And I need information from you."

"I'm all yours, beautiful," he says, holding his hands out. "I always am." He motions to the sitting area to his left and behind him. "Let's sit and make this peaceful." 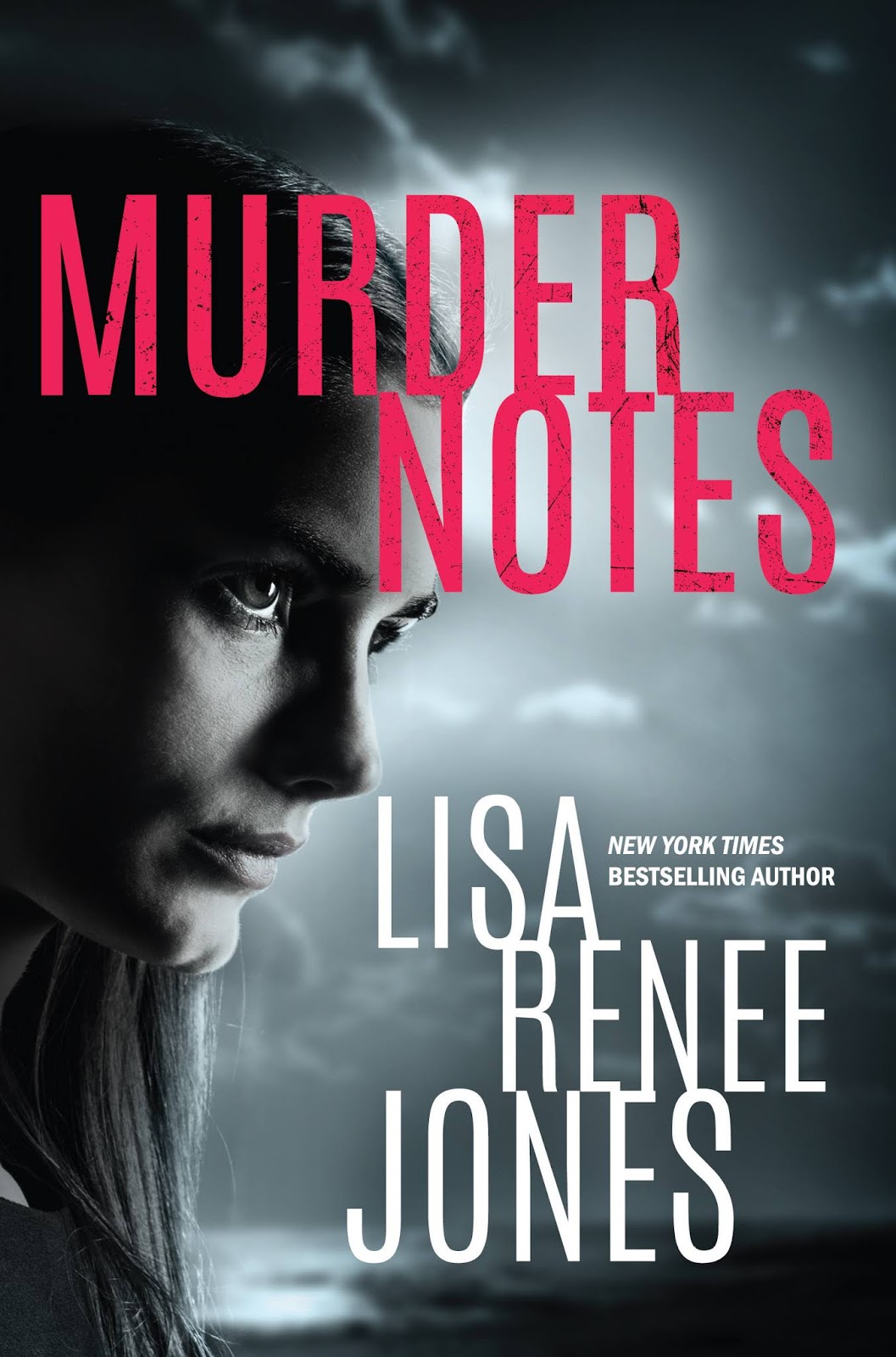 New York Times bestselling author Lisa Renee Jones's heart-pounding thriller of a woman's secrets — and a past that's about to come out of hiding...

As an FBI profiler, it's Lilah Love's job to think like a killer. And she is very good at her job. When a series of murders surface — the victims all stripped naked and shot in the head — Lilah's instincts tell her it's the work of an assassin, not a serial killer. But when the case takes her back to her hometown in the Hamptons and a mysterious but unmistakable connection to her own life, all her assumptions are shaken to the core.

Thrust into a troubled past she's tried to shut the door on, Lilah's back in the town where her father is mayor, her brother is police chief, and she has an intimate history with the local crime lord's son, Kane Mendez. The two share a devastating secret, and only Kane understands Lilah's own darkest impulses. As more corpses surface, so does a series of anonymous notes to Lilah, threatening to expose her. Is the killer someone in her own circle? And is she the next target?

♡ Song of The Week ♡ Say Something by Justin Timberlake feat. Chris Stapleton

♡ Hottie of The Day ♡ Hollis Chambers 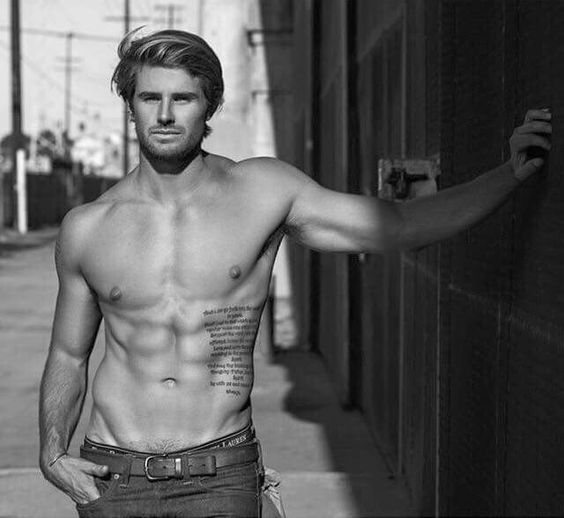