Mixed Up Love
by
Natasha Madison

When my business partner asked me to do him a favor, I had no idea he was sending me on a blind date his mother arranged for him. I walked in the bar, saw the woman drinking her third martini, and knew I was in for an eventful night.

After the unexpected second date, she didn't know my real name or who I really was. By that time, the lie was too far gone, and I wanted her too much to admit the truth.

It's not every day you find out your ex-boyfriend is engaged.

I shouldn't have agreed to the blind date. My mother insisted, and I wasn't in any position to turn down a night out.

I will admit, I definitely shouldn't have ordered that fourth martini before said blind date even arrived.

The man turned out to be swoon worthy, handsome, condescending — a perfect distraction. Then I found out he was a liar.

I've never been in over my head to this degree.

Then again, I've never been in love. 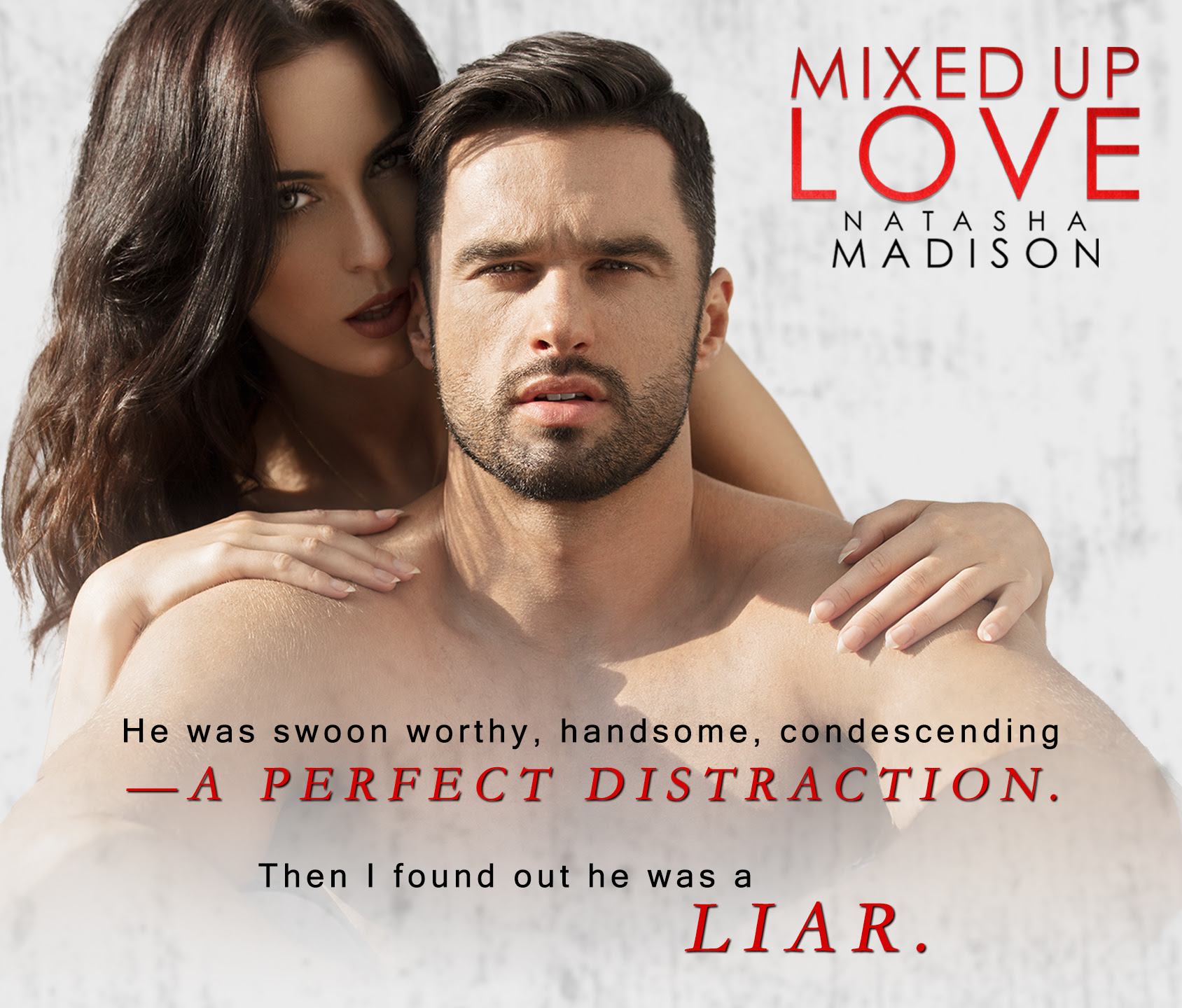 Walking into the restaurant, the hostess stands there with a smile on her face while I look around and see if maybe there is a guy sitting alone. I notice a couple of guys at the bar, but they look like they are together. Most of the tables are taken but none of them with a single man. "Good evening. How many I help you?" she says.

"I'm supposed to be meeting someone, and I don't see him, reservations under Anthony," I say, still looking around. The clanking of plates and cutlery fill the room along with soft music coming out of the speaker. She looks down at the pad in front of her.

"Yes, Anthony, table for two?" she asks, and I look at her and nod. She grabs two menus and another one that I'm assuming is the wine list. "If you can follow me," she says and walks to the right of the restaurant. Passing a couple of tables, she sits me at a table for two near the bar and in front of the outdoor patio. "Here you go. Your waiter will be right with you." I take the seat facing the front door so I can see everyone coming in and out. I grab the linen napkin on the table under my utensils and place it on my lap. I grab the brown menu and open it, my eyes scanning to see what they serve here.

I'm not sitting here for more than a minute when the waiter comes to the table, pouring water into the two glasses on the table. "My name is Henry, and I'll be your server for the evening. Can I start you off with a cocktail while you wait?"

"Oh, that sounds so good. I'll have two." I laugh, not really joking. "Give me two martinis, two olives with one ice cube."

"Very well," he says and nods at me. I giggle to myself, scanning the restaurant and people watching. I see a couple of men sitting at the bar facing me as they talk to each other. I look out at the street and watch as cars zoom through and around other cars. Henry comes over a couple of minutes later with two martinis on his tray. He places them both in front of me. I smile at him, raising a glass to him, then take a long gulp. Yup, no sipping here, not after the news I just got. "This is fantastic," I say. "I'll take another." He just nods and walks away, no doubt judging me in his head. But it's not every day you find out that your gay ex-boyfriend is engaged to another woman. I don't even think there is a greeting card for that shit, but I could be wrong.

I finish off the first martini in record time. The heat of the alcohol slowly creeps up, making my cheeks flustered. I'm glad I took an Uber, I think as I grab the second martini and bring it to my lips. I'm one sip into drinking my second martini when I see a man walk in the door, and the glass stops midair. The only thing going through my mind is holy shit.

His black suit molds to his body with a crisp white button-down shirt underneath, and he left the top two buttons open, showing a hint of his tan skin. His black aviator glasses hide his eyes, but it doesn't matter. His hair is cut short, his face is clean shaven, and his lips — oh my god, his lips are so full, which conjures an image of me sucking his bottom lip to run through my mind. I shake my head; it must be the vodka. "No more drinks for me," I say under my breath, looking down at the drink in my hand. Then I make the mistake of looking up again, and I see the woman at the hostess stand turn and look around the room.

Her eyes stop on me as she points at me, smiling at the man who doesn't even pay attention to her. He dips his head to her and makes his way over to me. I still can't see his eyes, but there is no denying that I feel his stare right through me. "Oh, shit," I whisper to myself, and as he comes closer, I see that his jaw is square, and his chest is wider than I thought. I don't think I inhale or exhale a breath while he walks around the tables, finally stopping at mine. He takes off his glasses, and I finally see his smoky gray eyes. "Are you Laney?"

I don't know what happens, but my throat closes. I try to talk, but no words come out of my mouth, so I don't say anything. My mouth opens and then closes again, but not a sound is made. Instead, the waiter comes back, smiling. "Here are two more." I look at who I think is my blind date as he glares at the man, and I laugh nervously.

"It isn't what it looks like," I tell the man standing beside the table.

"Really? I find it hard to believe. It looks like you're sitting here waiting for something bad to happen." He then looks around, eyeing everyone in the place, and it's a good thing I'm not standing because my legs would give out.

When her nose isn't buried in a book, or her fingers flying across a keyboard writing, she's in the kitchen creating gourmet meals. You can find her, in four inch heels no less, in the car chauffeuring kids, or possibly with her husband scheduling his business trips. It's a good thing her characters do what she says, because even her Labrador doesn't listen to her...

♡ Hottie of The Day ♡ Dylan Powell 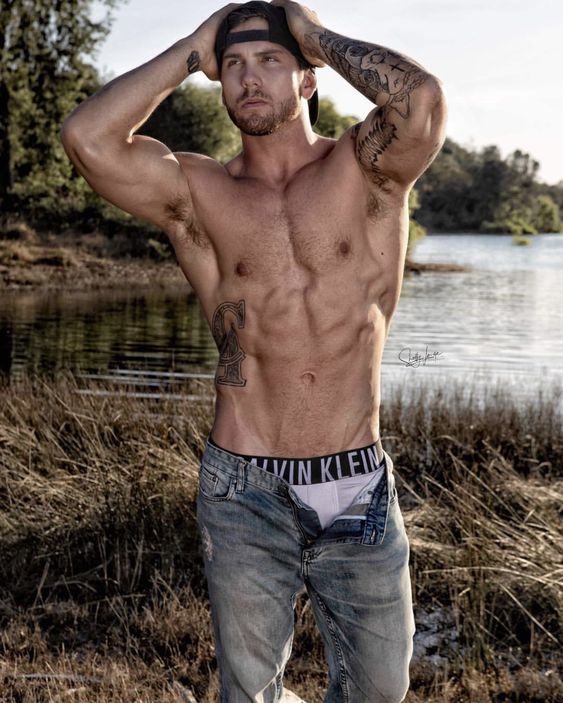