Hearts of Darkness
by
Catherine Wiltcher

Dante Santiago is a criminal with no conscience. He's a whisper of a name, a faceless stranger... A man content to dwell in the shadows of his underworld.

Dante's enemies found a weakness in him once. He'll never let it happen again. That's until the night Eve Miller walks past him on a dirty, desolate street. Now she's his captive, kept at the whim of a man with no kindness or morality.

Eve's an innocent, his angel, but she too is harboring a dark secret. For years she's been fighting a private war with the illegal drugs trade, with the cartel responsible for murdering her brother. She's closer to revenge than she's ever been until Dante's duplicity blows her world apart.

Theirs is a relationship borne of hate but neither can deny the fire that rages between them. But Dante's a haunted man. He knows only pain and suffering until Eve sees a spark of light buried deep within the shadows of his heart.

Soon Eve must make a choice. Save Dante Santiago's soul or lose herself to his darkness forever...

He comes for me then, dark and dangerous and utterly mesmeric. "Take it off."

I stare at him in shock.

"Take off that dress, Eve, or so help me god I'll rip it from your body."

His words are like liquid fire to my core. I stagger away from him so he can't see my naked lust, so he can't exploit and revel in what he does to me. "Apologize first," I gasp, trying to compose myself. Sordid images keep invading my mind. I want every single, glorious inch of him on me and in me.

He's barely two meters away and closing in fast. "I never apologize to anyone, my angel, you know that."

"You did in Africa. Do it again now or I'm walking right out of this mansion and I'm not coming back."

He grinds to a halt and stares at me as if he can't quite believe I've got the balls to speak to him like this. "Don't make your punishment any worse than it already is, Eve," he growls.

Other women would be terrified by a threat like this from Dante Santiago but I'm not like other women. "Oh I'm counting on it," I whisper, watching with dark delight as his gaze drops to devour me whole. My defiance does things to this man that no one else can.

Catherine Wiltcher is a freelance writer and former TV producer. After being diagnosed with cancer she decided to follow her dreams and write romance novels about feisty women and hot, conflicted men, and something that removed her as far away from oncology rooms as possible. Sixteen years of working in TV and movie production has provided endless inspiration for her writing.

Catherine lives in a village near Bath in the UK with her husband and two young daughters.

♡ Hottie of The Day ♡ Casey Deidrick 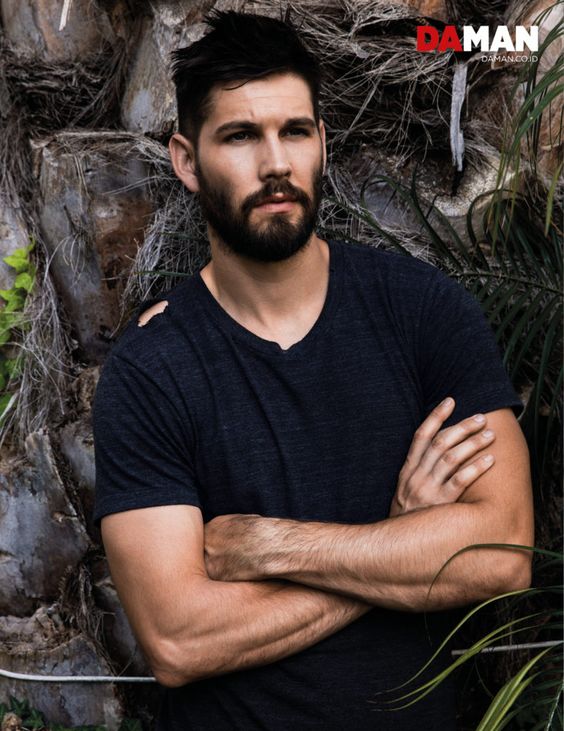